In my previous review I discussed the Moto-Bots Crane Truck, which is a repaint/retool of this one. To see a more detailed description of the toy, please look at that one. In this review I will be going over the differences between the two molds.

Instead of a Crane truck, this time we have a semi (or tractor trailer. Not sure which term would be appropriate) The trailer actually comes in two parts (a red bottom and a white top) but unfortunately I lost the top part long ago. The pull back motor has also been lost. The trailer has to be detached in order to transform him. I wonder if it vanishes and then reappears out of nowhere like a certain other semi robot that we all know... 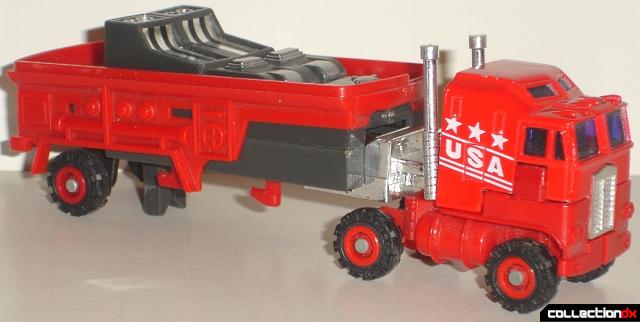 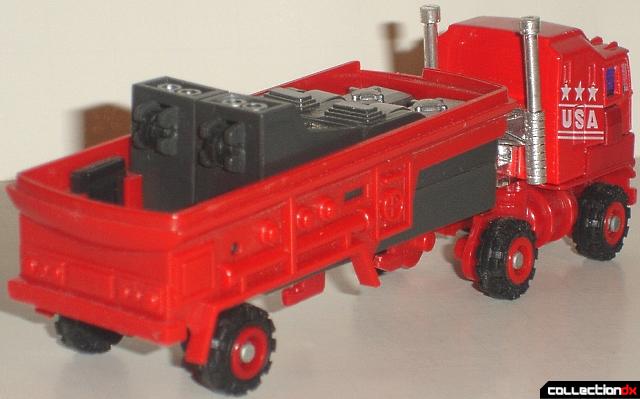 Like the crane truck, Semi has a die-cast metal cab with a chrome grille. The only difference is that the windows are made from a very dark blue, but still transparent plastic and there are four instead of a single long one. 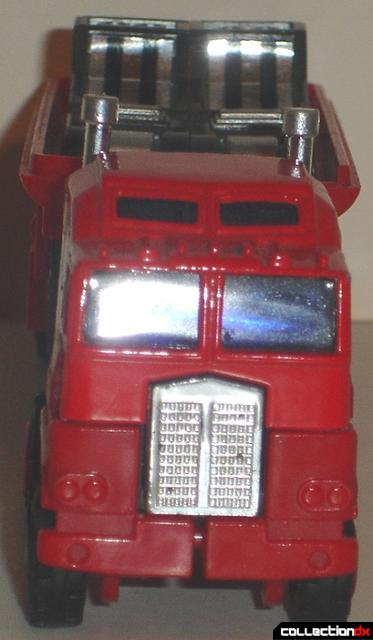 He transforms exactly like his brother. Remove the trailer (or trailer piece in my case. Lol) Separate the sides of the cab and swing them out to the side. Remove smokestack piece. Stand the robot up and push the legs up to expose the head. Place the smoke tack piece behind the robot head. In robot mode Semi has only two points of articulation. I don't mind because both he and his brother are pieces of art. 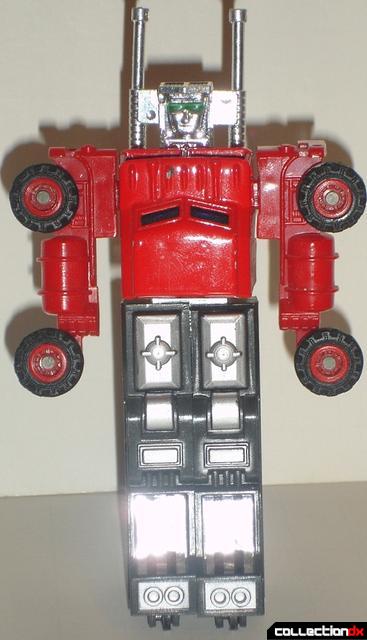 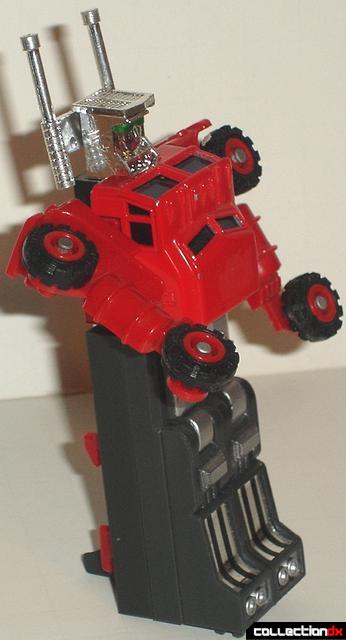 I forgot to mention this earlier, but I also lost the smoke stack piece as well and had to borrow his brother's. Don't get me wrong, he still looks good without it and if I never said anything, no one would even notice. 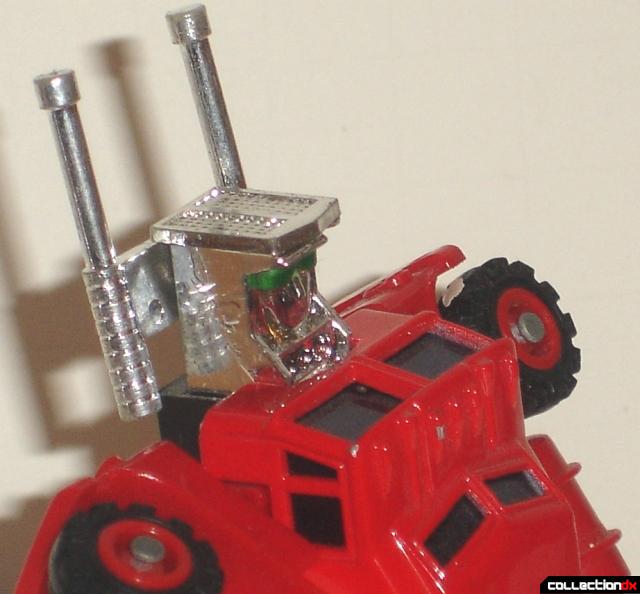 Even though the motor is long gone, Semi still stands up on his own rather well. He leans backwards, but at least he is standing.

Here's the back with his very hollow looking legs. Notice the "made in China" sticker that I never got around to removing. You can't see it, but on his upper back is the name of the company that created him, which is "Maisto." Different from the company that made his brother, but you can read all about that in my last review. 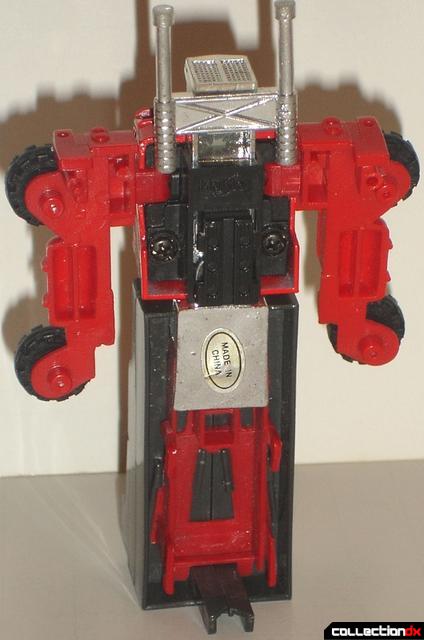