As I mentioned in another ThreeA review, i've recently fallen out of lust with the whole WWR thing, and have decided to part with the remaining items in my collection. But it is my sworn duty to review the damn thing before it goes out the door, so here we go.

Don't get me wrong, they are fine collectables, and look great in your Detolf shelving. But I dunno, I think my aesthetic choices changed, and while these are cool, they just weren't in sync with where my collecting was going.

This particular character is Large Martin, in the Sand Devil paint scheme. What that means I haven't a clue. I think my general ignorance of the mythos behind WWR and my reluctance to learn is a major factor in me leaving this line. It's all my fault really. 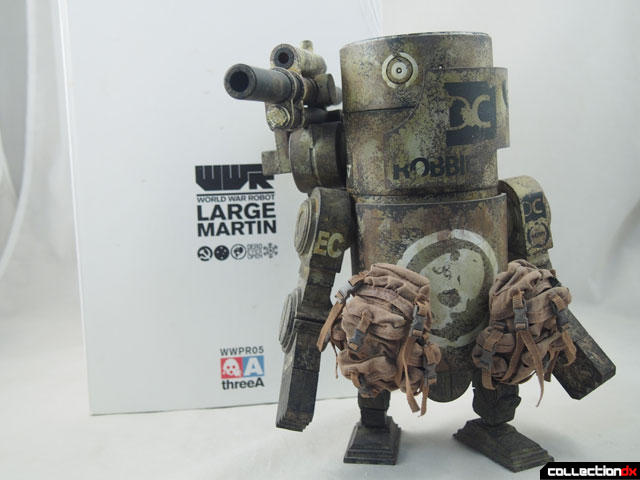 The box has a book-cover flap that opens to reveal a window and the figure beneath. 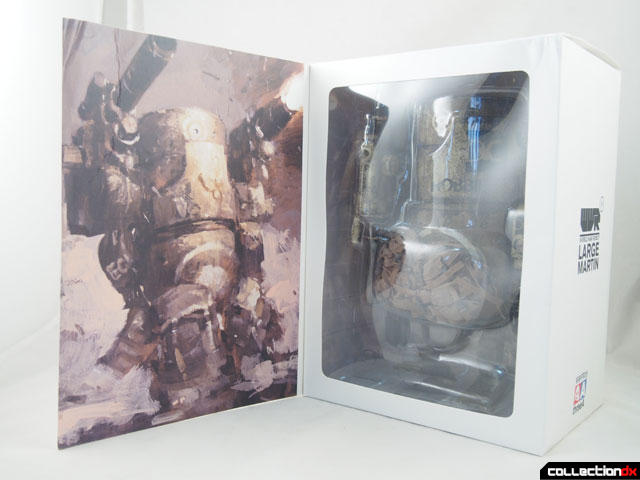 On the back is some stuff about the figure. Feel free to read if you are so inclined. 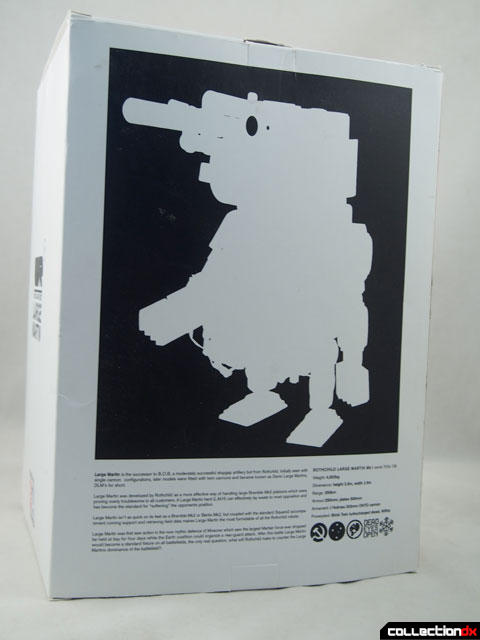 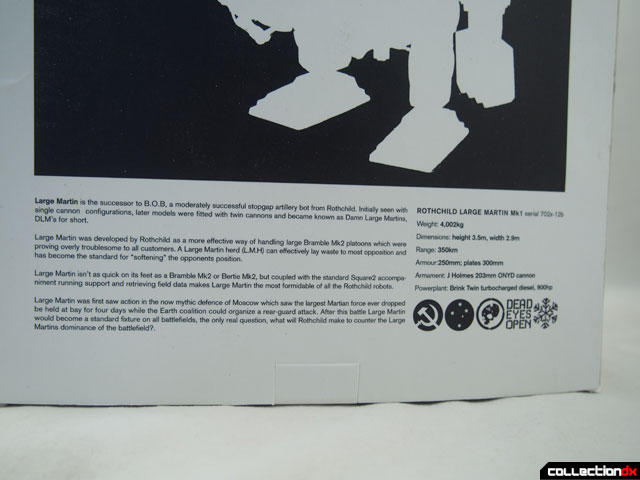 Large Martin is a brute of a figure, with strong blocky lines. I imagine this guy being impossible to knock down in battle. 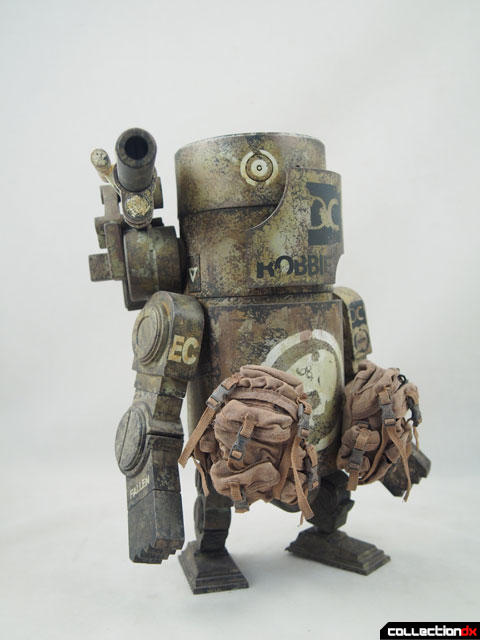 He comes with the signature cloth packs that are hung off the chest, They are filled with some kind of crumpled paper. I don't think you can open them. Neither can Large Martin with hands like that. I feel robbed that I didn't get the nice articulated fingers with this model. 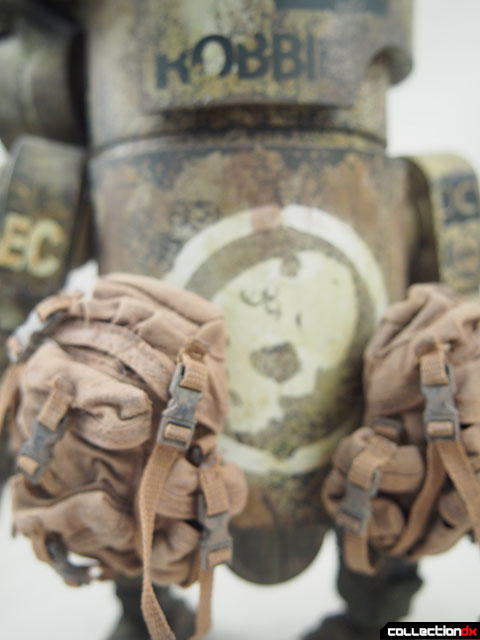 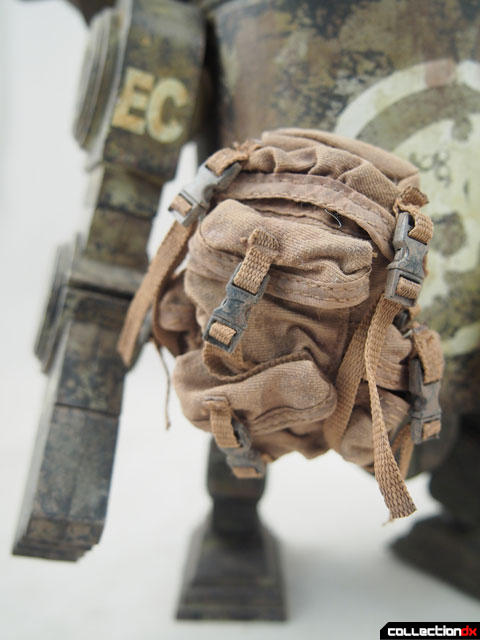 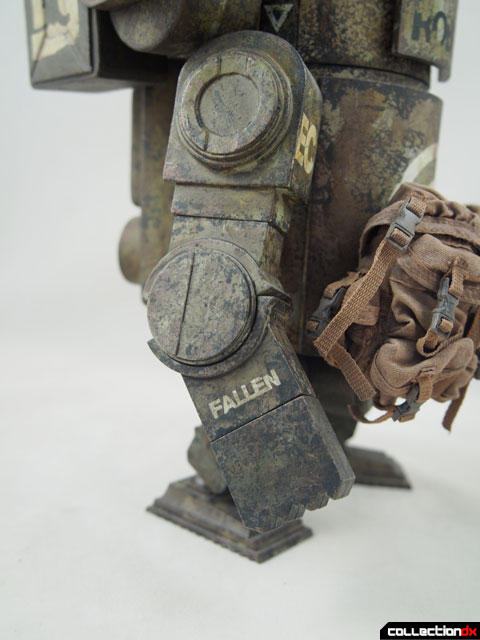 On the shoulder is a large cannon that is held in place by friction. Looking at the intricate detail you'd think there would be more movement, but it just swivels in the friction joint. 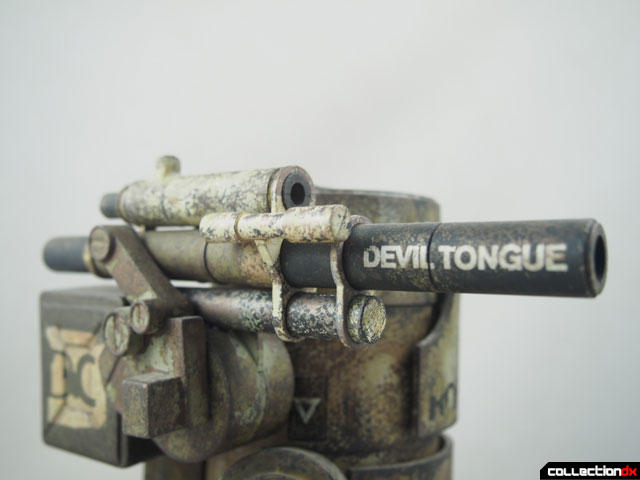 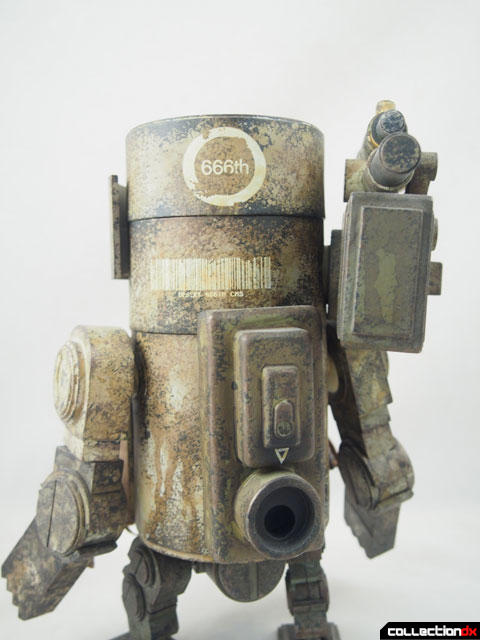 I do like the tampo printings including the 666 all over. Despite the markings, he doesn't seem sufficiently evil. 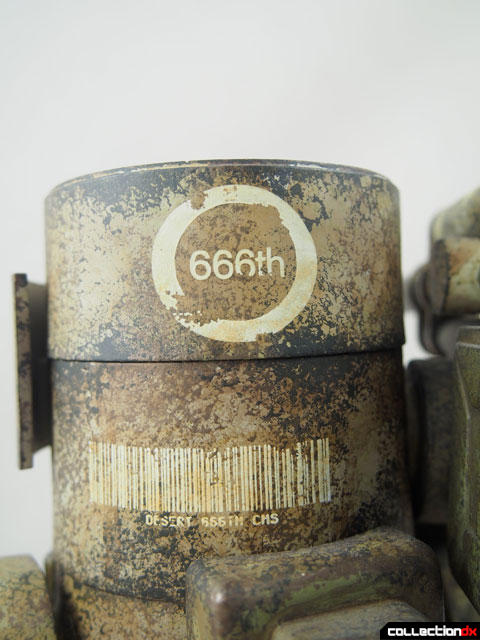 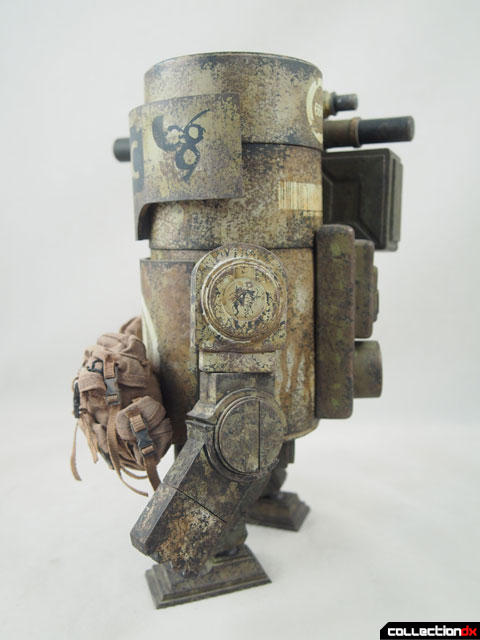 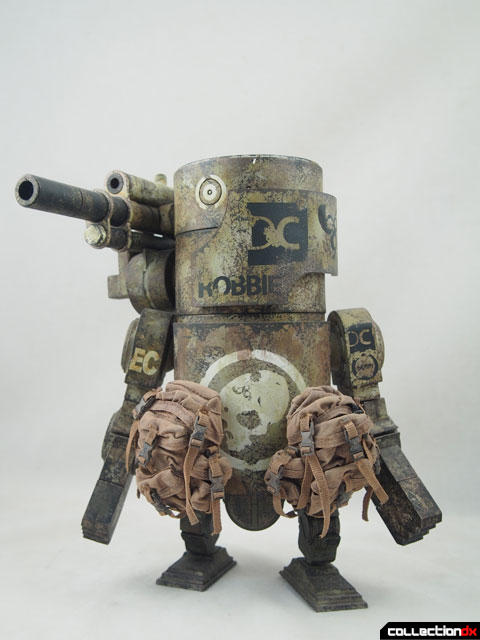 There's nothing WRONG with Large Martin per-se, I just feel that it's more of the same.