The New Shinkansen Robot (ニュー新幹線ロボット) is a transformable 300 series Shinkansen train from Japan. This particular train ran from 1992 to 2012, and it's color scheme means it is the Nozomi type. Nozomi (のぞみ) is the fastest train service running on the Tokaido/Sanyo Shinkansen lines in Japan.

Made by Cerise, the toy comes in a compact box with nice graphics and a die-cut window. The text on the top left reads:

The text on the bottom left reads "electric" and "With Battery". 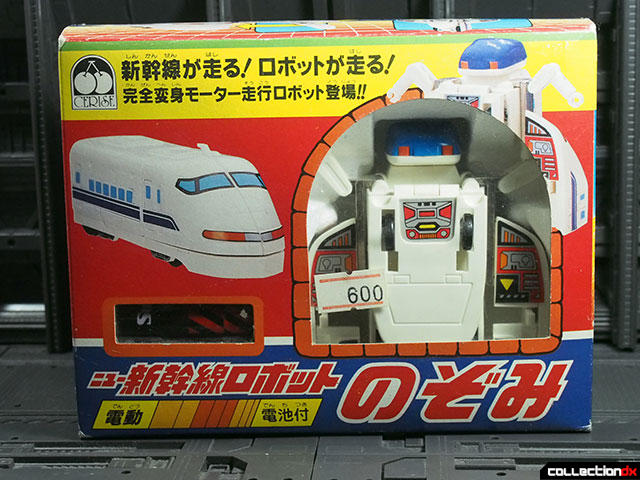 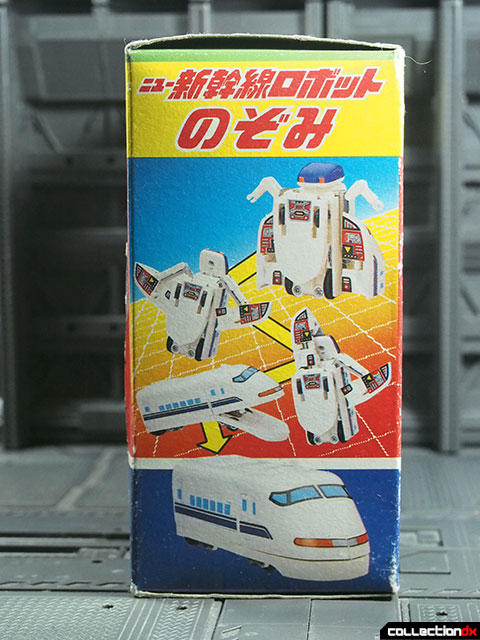 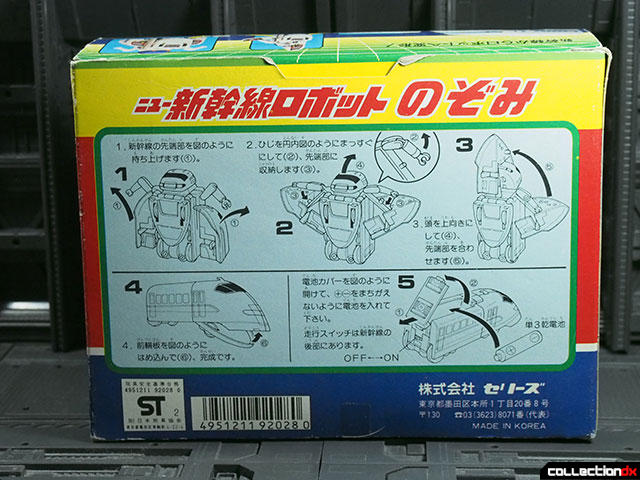 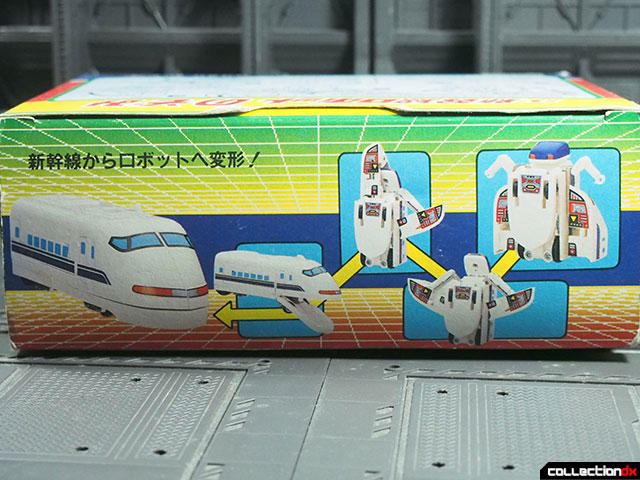 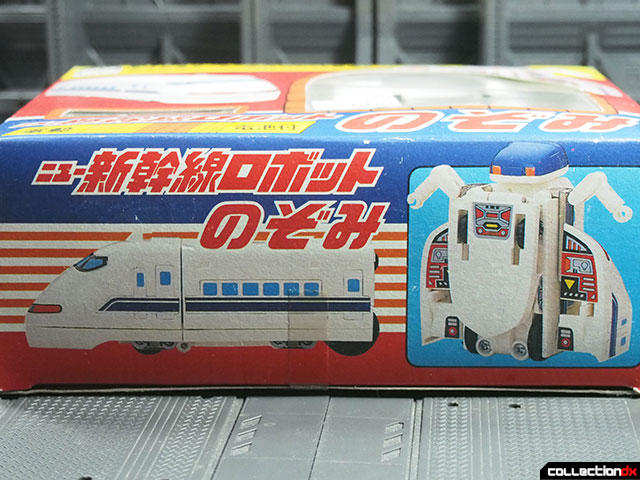 Some "cheap toys" also come with a header tab stuck inside the box. This way they could be displayed hanging from a peg, or stacked on a shelf. 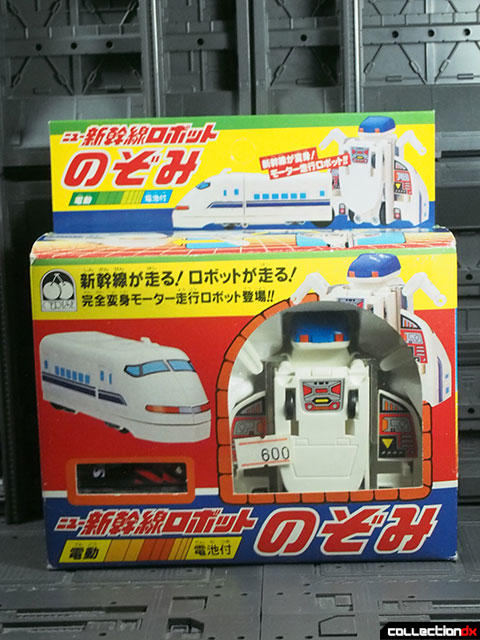 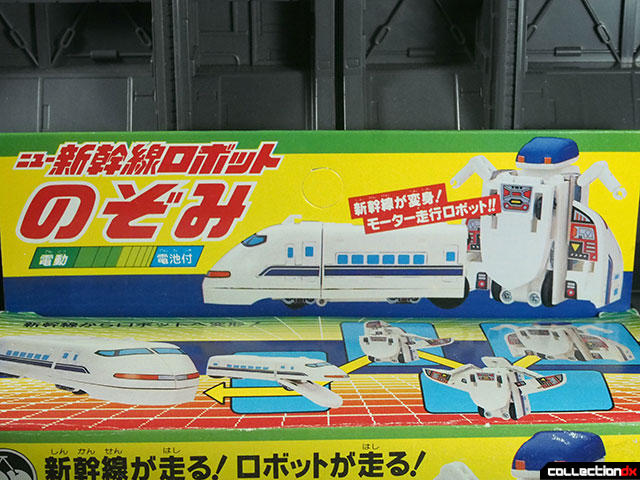 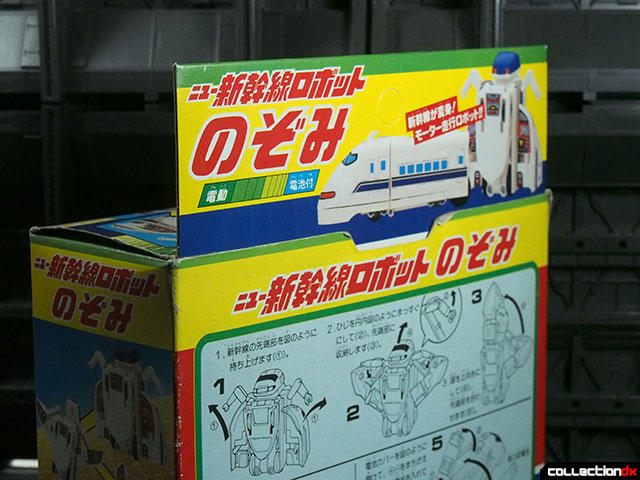 Inside, styrofoam, with spots for the included battery and toy. 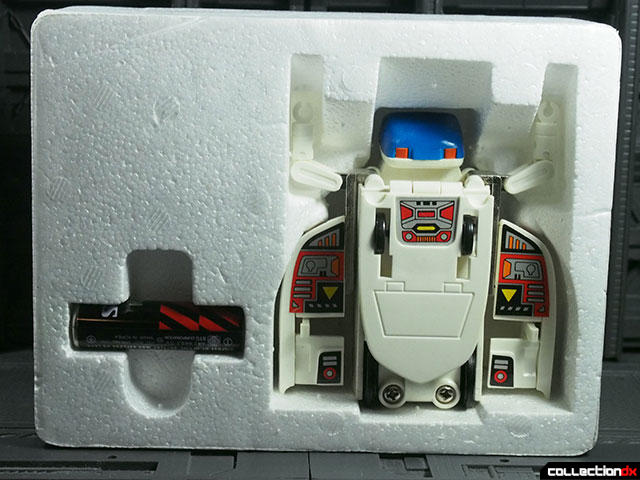 The battery is of course, dead after all these years in storage. 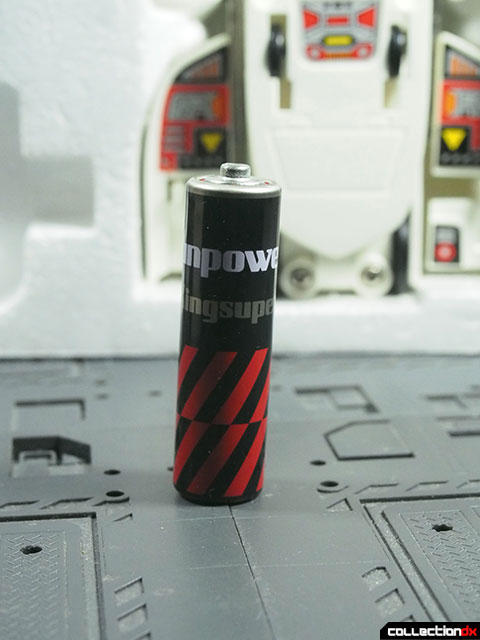 The battery is inserted in the back of the figure by pulling down on the panel. 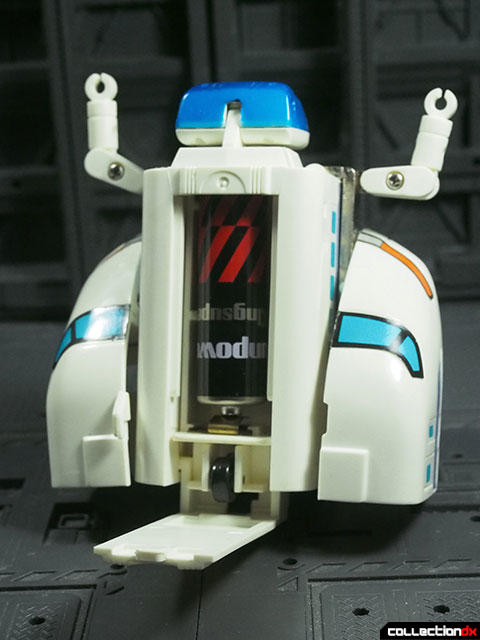 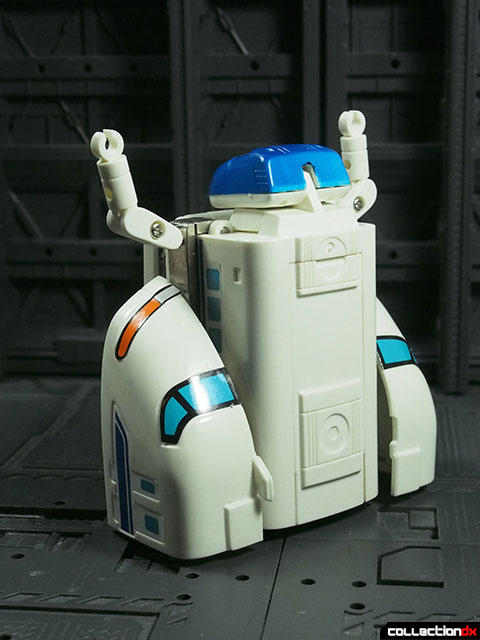 In robot form, the toy has a very 80s robot feel. I am unsure of the actual date, but since the train line didn't start until 1992, I would put this toy around that time. 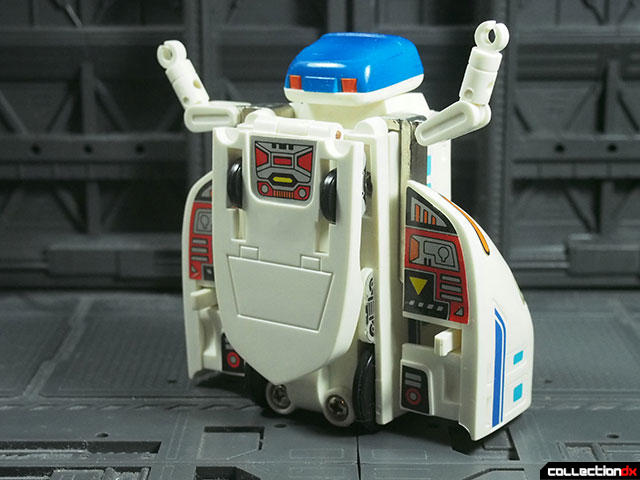 The head can move up and down, and the arms have hinges at the shoulders and elbows. They cannot rotate. 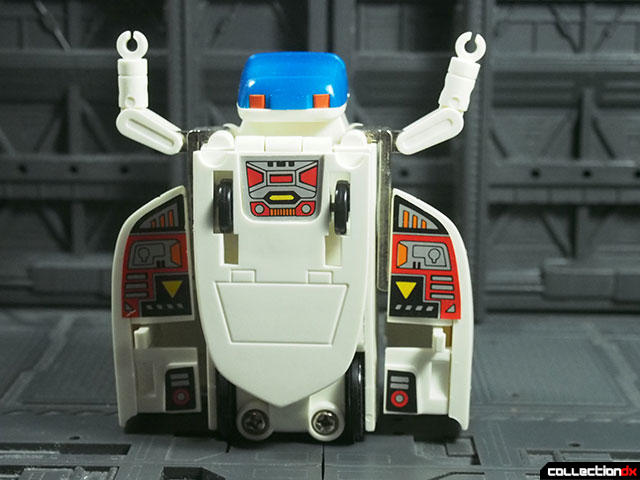 The legs and arms are connected to the body with a bare die-cast metal rod, giving the toy a little heft. 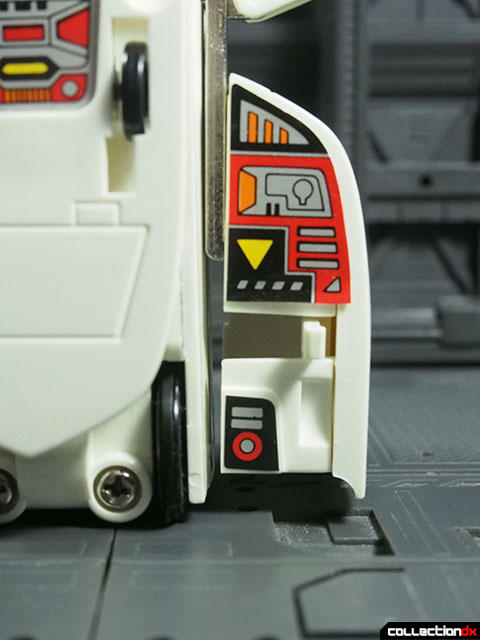 When you flick the switch on the bottom, the robot rolls forward. 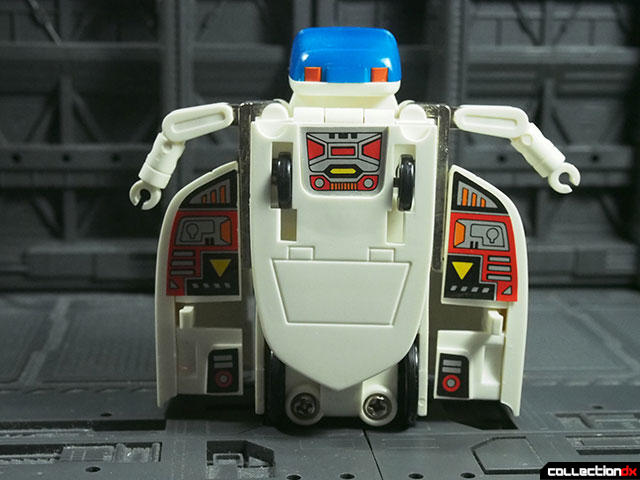 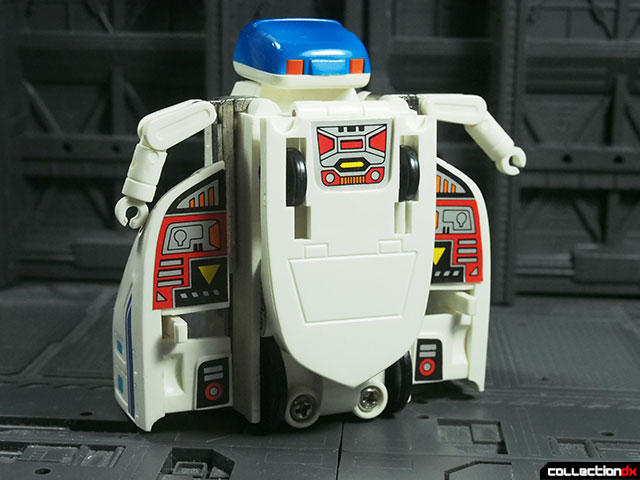 Transformation is basic, with all the parts neatly storing in the nose of the train (which was the legs). 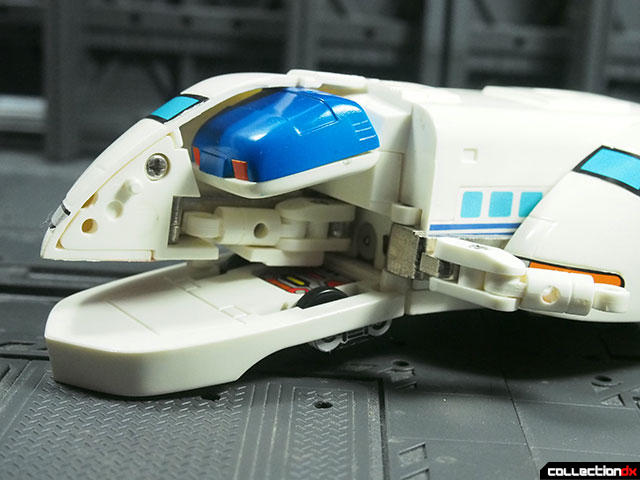 Train mode is compact, if not a little SD in proportions. 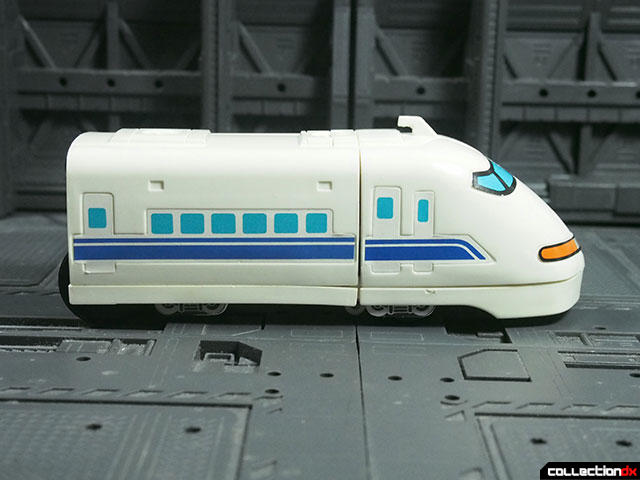 All of the details are stickers. 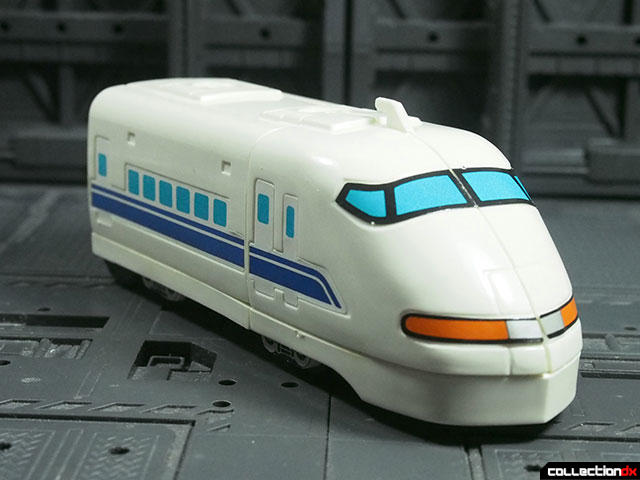 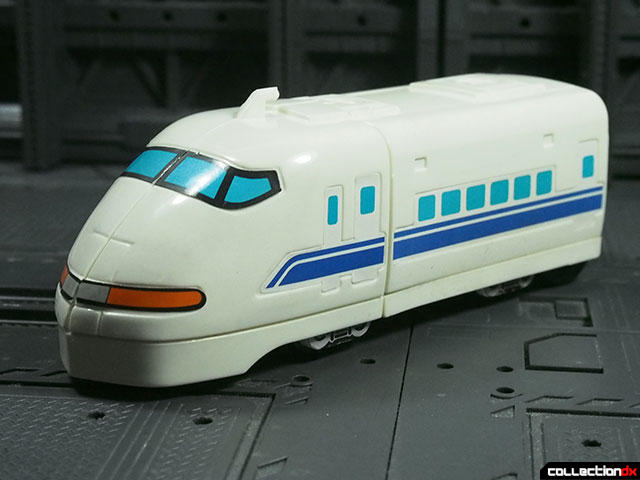 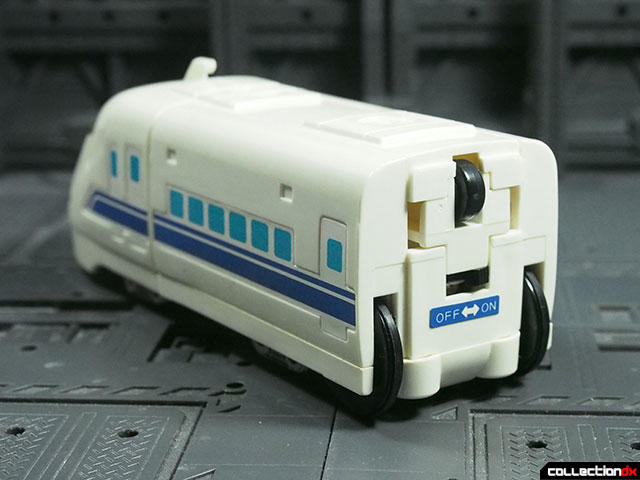 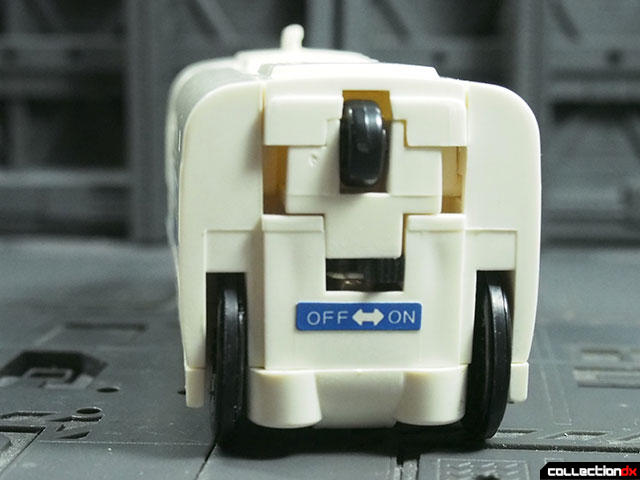 On the bottom the info is printed in English, with the company name, and "Made in Korea". This makes sense, as there's a lot of English in Korea, and Cerise did a lot of business with English-language companies exporting their product.

There are a few variations known to exist: 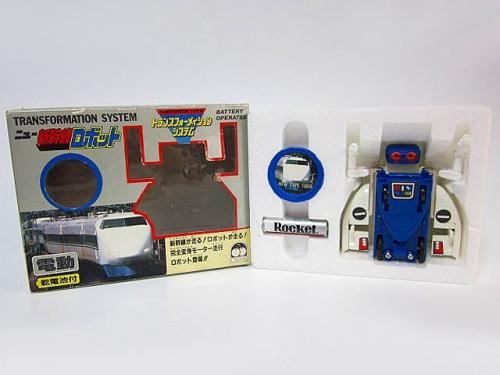 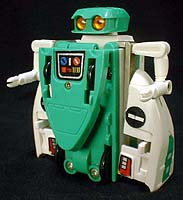 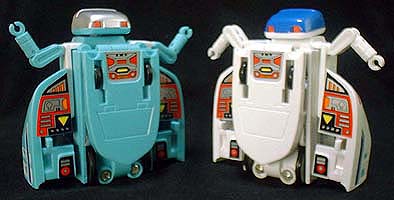