Over at Battlegrip, Phil has been talking about unloved or under-appreciated bots from the 80s, and recently he put the spotlight on a promotional toy from Esso. I noticed that I had the original of this toy, and thought I would share it with you as a companion piece.

The original is called Mixer Robot and was made by a company called Maruka. It was released sometime in the 80s under their Change Robo / Magic Robo line. You may recognize this as the same line that had the transforming heads of Monsters.

The toy was released in a rather nice window box with some bitchin' artwork all over. The art of course is much nicer than the toy itself. 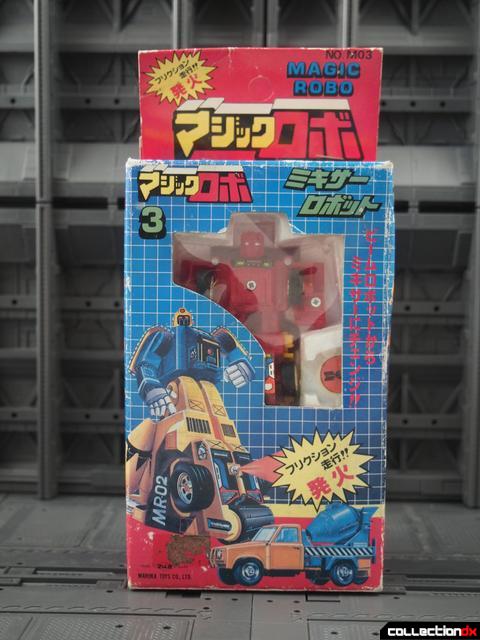 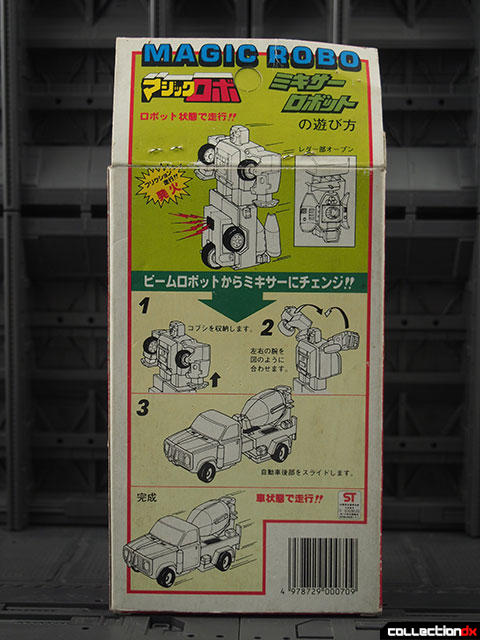 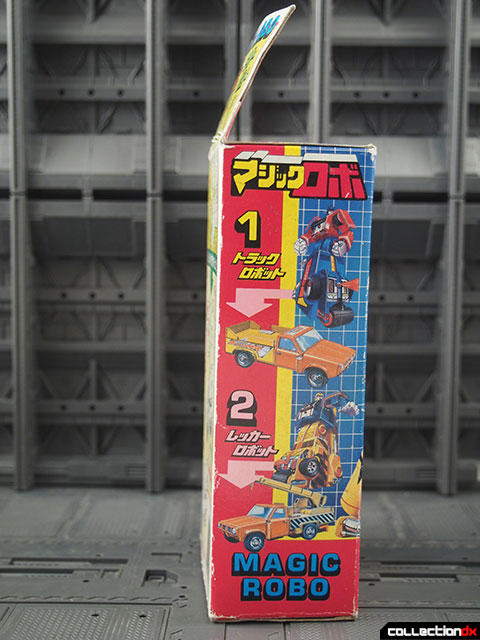 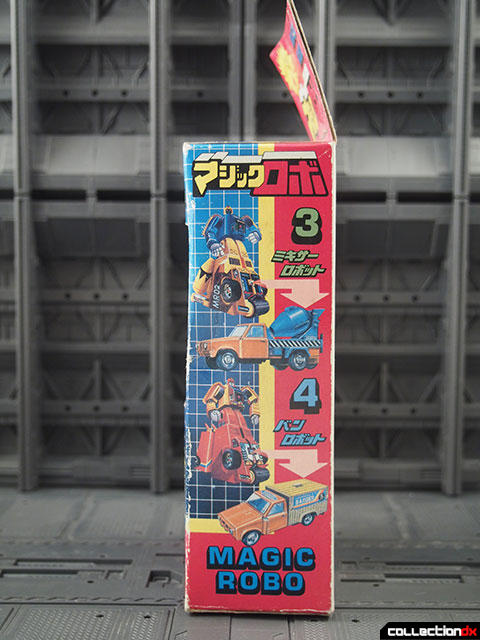 Inside, a styro tray and... road signs? 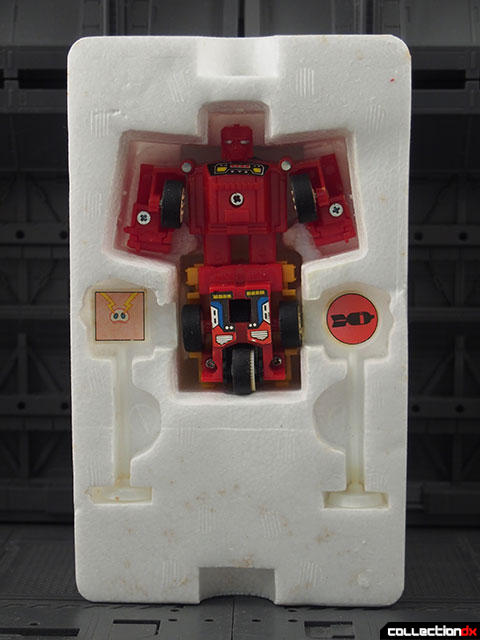 Robot mode is totally goofy in all it's cheap 80s glory. 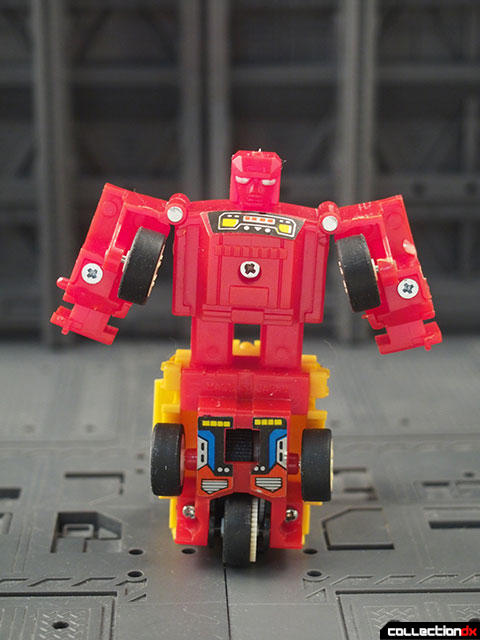 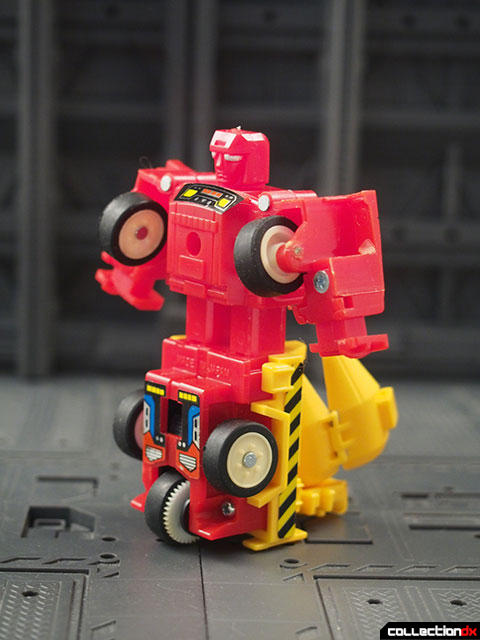 The mixing drum on the back opens up to reveal rocket boosters. This is fitting because when you push the toy forward, the friction motor shoots sparks out the front of the figure. 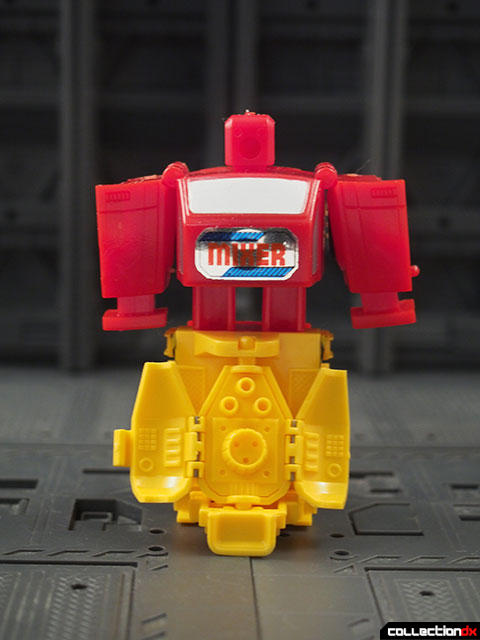 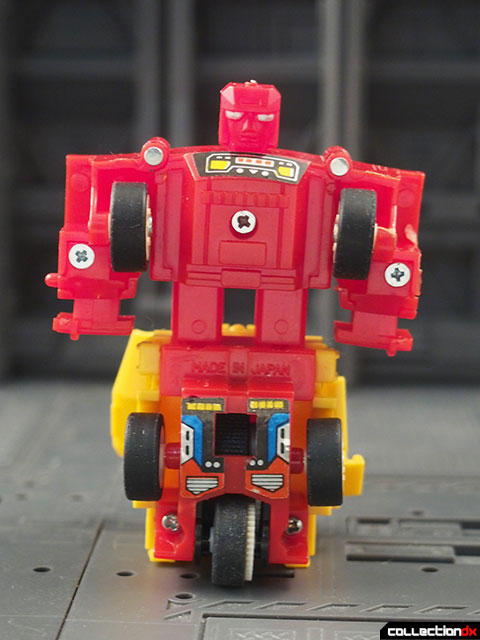 Truck mode is pretty sweet, but I've never seen a cement mixer drum on the back of a pickup truck. 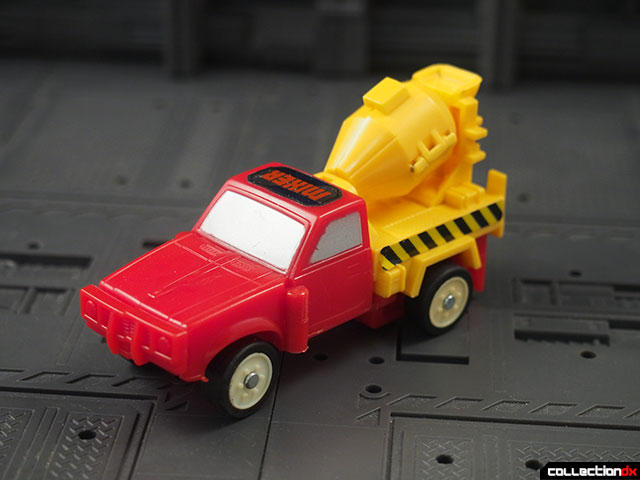 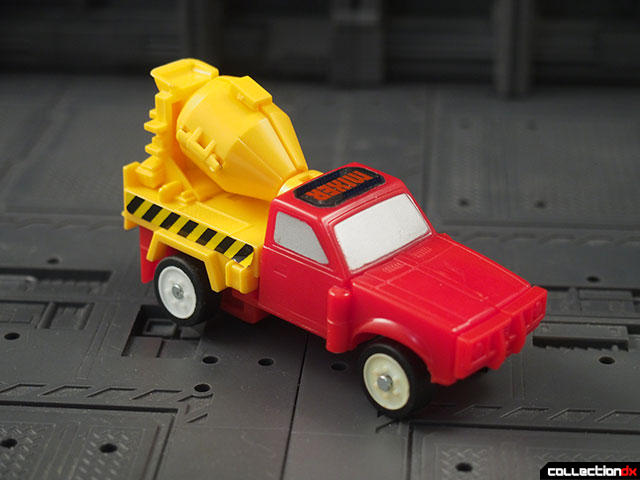 An then there's the road signs. When you take a closer look they are a little messed up. 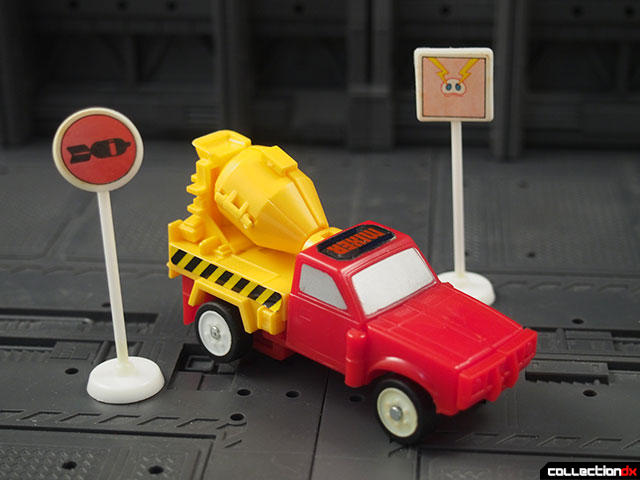 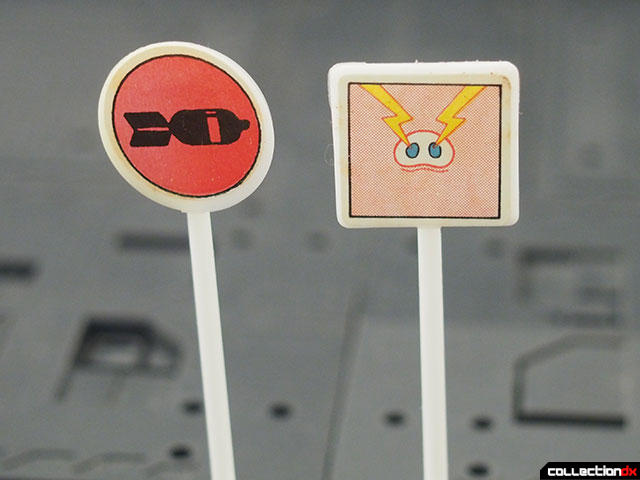 One is a bomb, and the other... an electric pig snout? Who knows.

To check out Phil's version of the toy, head on over to battlegrip.com

3 comments posted
I have the robot numbered #1,

I have the robot numbered #1, the red & yellow pickup truck. I also have the white Porsche. It's nice to finally know the origins of these toys.

Is actually a first generation RX-7, which is somewhat of a rarity as a subject choice (the only other transforming first gen being the Diaclone/Transformers G1 Omnibot Camshaft, as far as I can tell). I was trying to hunt one down for a while, but moving kind of put any sort of collecting on hold.

I love the metallic stickers!