Now I know why these things never sold that well.

Back in the day when Diamond was importing a lot of Japanese toys, you could find these Kubrick toys at various comic book shops across the country. I never bought them, because I was never a fan of Kubrick as a rule, but I stumbled upon a forgotten set at a comic book store in SF a while ago. I felt the need to rescue it. 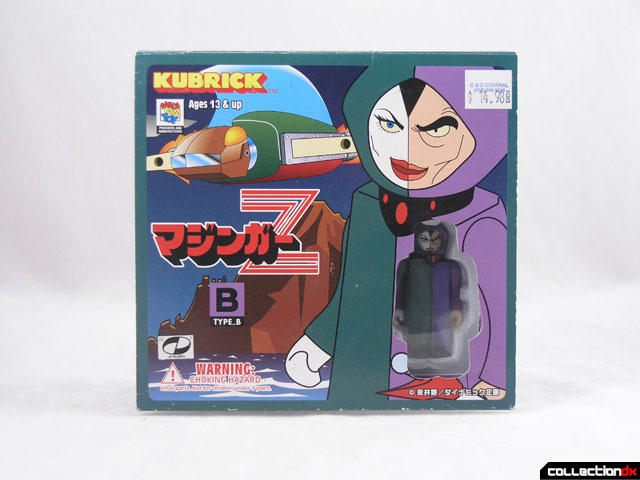 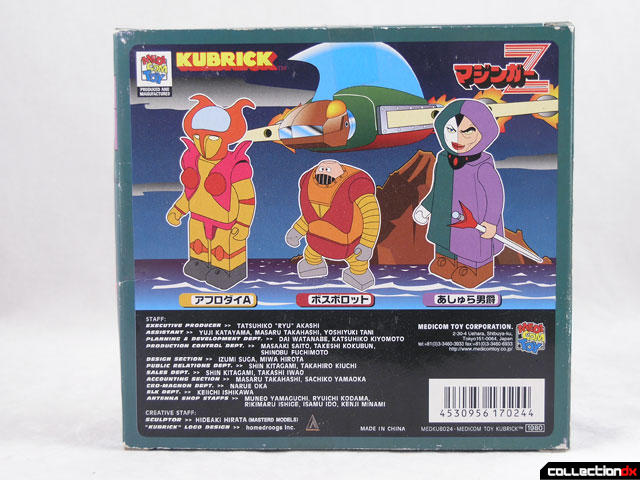 Like I said, I don’t normally collect Kubrick, but I do have a soft spot for Boss Borot. I figured at the very least I’d get a cool Boss robot out of it. 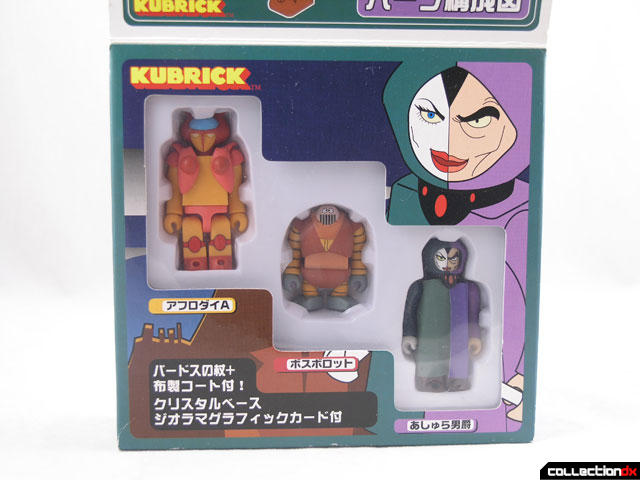 I should have kept with my first instinct and passed on it.

This is set B of a three set series. This set includes:

Aphrodai A features a generic Kubrick body with a new head and a rubber vest that wraps around her. This vest has a tendency to hike up and look odd. 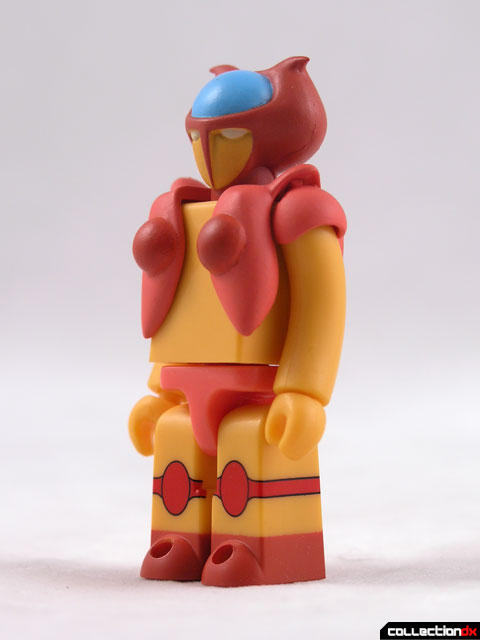 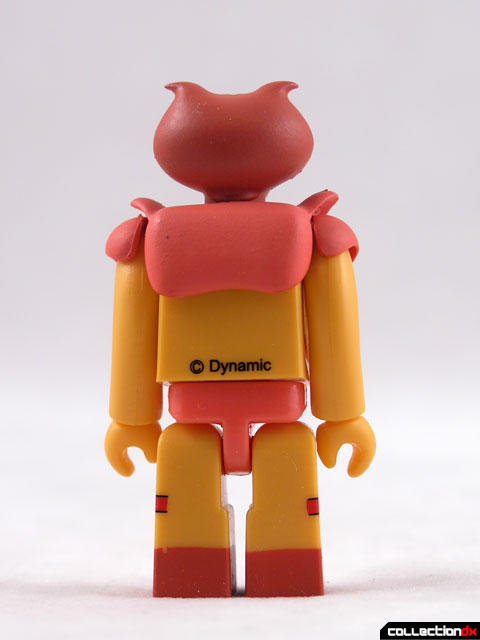 Boss Borot has very little actual Kubrick in him. The legs are one solid piece, and the top part is a shroud that covers the upper half of a Kubrick body. 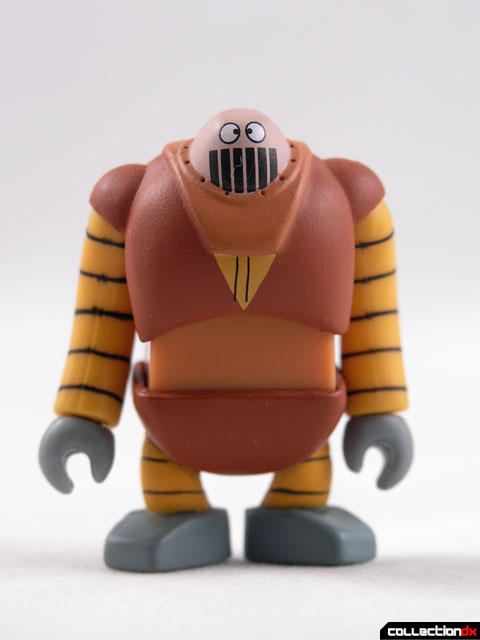 Baron Ashler is the most interesting of the three, with a cloth cape and weapon. 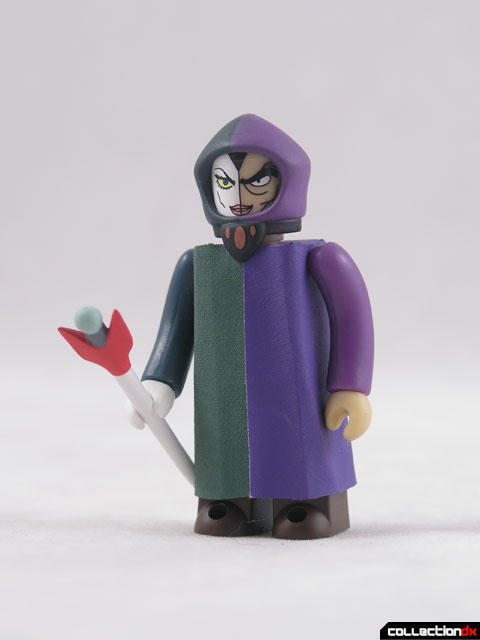 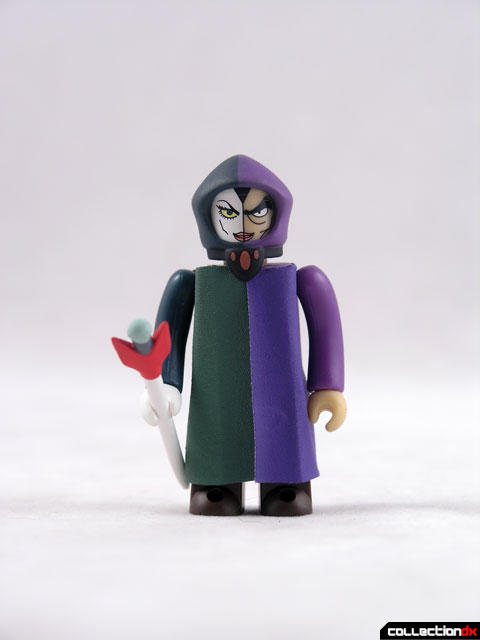 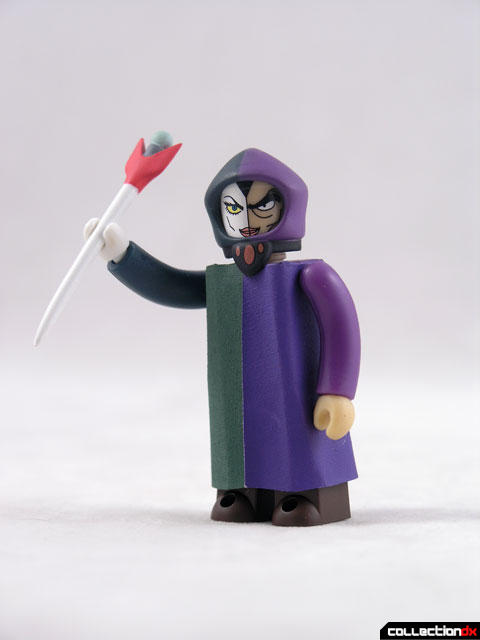 The set also includes clear stands that lock together, as well as part of a colored backdrop. The stands are useless as the pegs are too big to fit, and Boss has no holes on his feet at all. 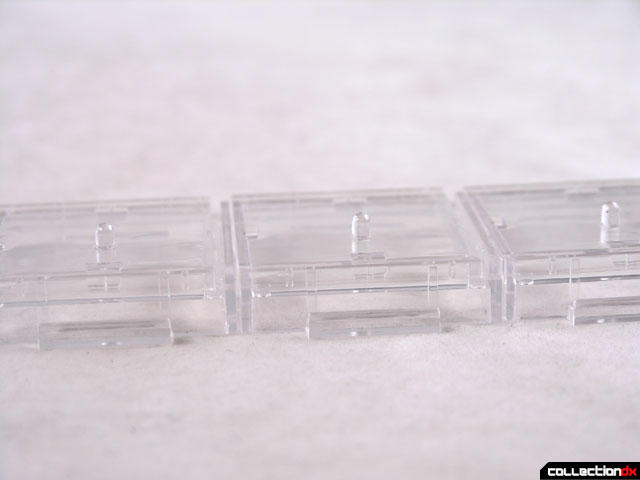 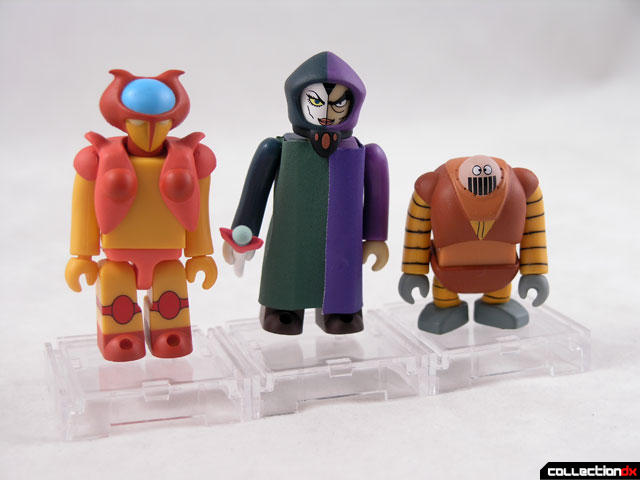 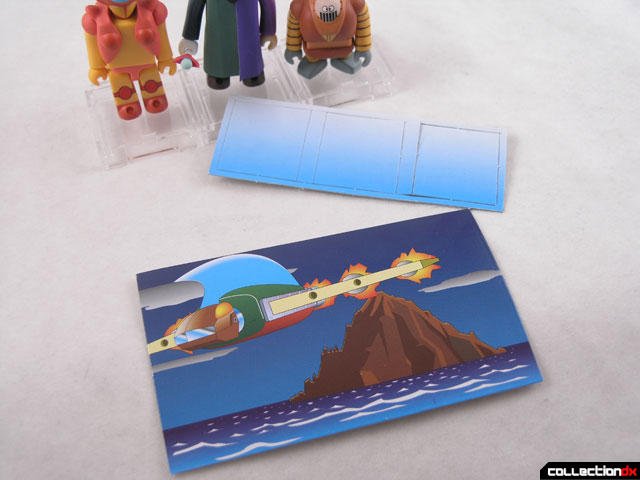 Lets just forget this ever happened, shall we?

I agree with you JoshB, I just don't understand the appeal of Kubricks is. When I first saw them I though they were unlicensed Lego figure knockoffs with out the charm of Legos. I am still surprised they are still around as there are so many better "Cute" figures out there. Kubricks are just plain ugly toys. Everything about them seem so ripped off and derived including the name of the brand.

The only two I ever liked is the one you liked in this review and the Black Hole ones, the reason why?: They don't look like Kubricks!!!

Thanks for the reminder of the suckitude of these things JoshB!

It's a bitter sweet thing for me... as oft as I was tempted by these things... the bad word of mouth kept me away and helped me save $$. But it's bad rep also kept me away from the subsequent Kubrick Tron and Black Hole sets which to this day, is still something I'm sorely regretting.