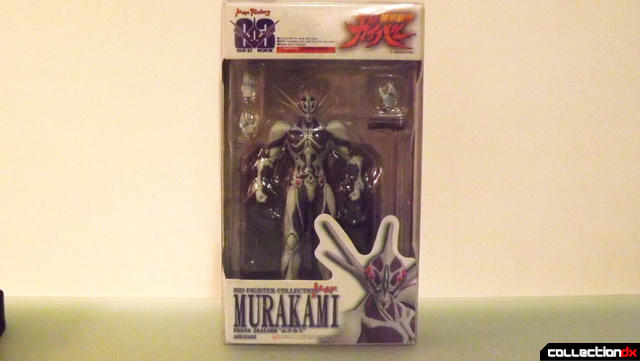 When introduced in the Manga in Volume 2, Mr Murakami was a journalist who wanted to expose Chronos for their Zoanoid Experiments.
It was later discovered he had been Kidnapped by Chronos and was altered to be the test body for Richard Guyots` Zoalord Battleform. 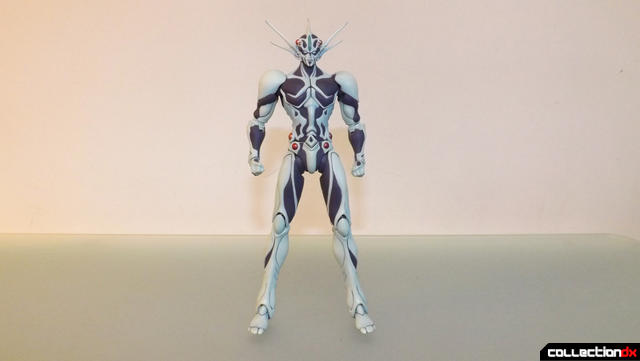 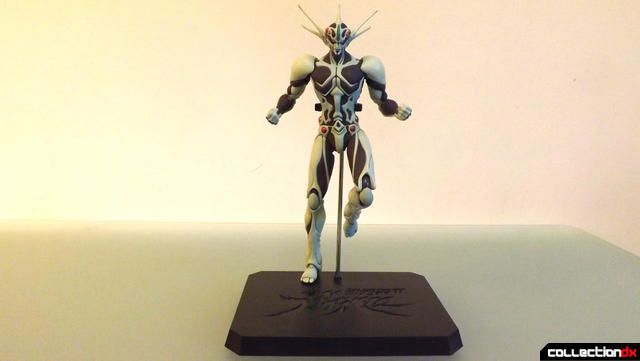 Murakami escaped Chronos with several other test subjects, but he was the only one to survive.
He later found Sho Fukamachi and became an important ally, however Murakami had only a few transformations into his battleform before it would kill him. 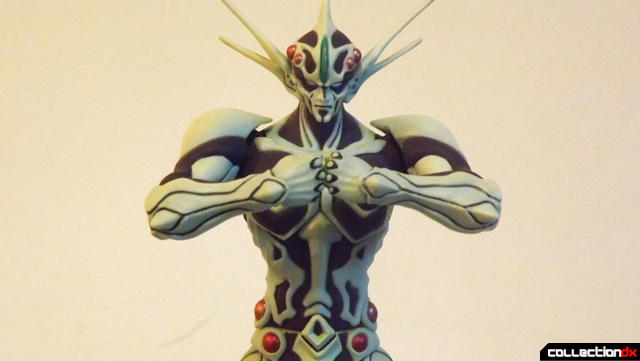 In his Zoa-form, Murakami had gravity powers and was able to fire "Gravity Bullets" using the orbs located all over his Battleform.
He could also fire waves of energy that could cut through three of Chronos` toughest Zoanoids. 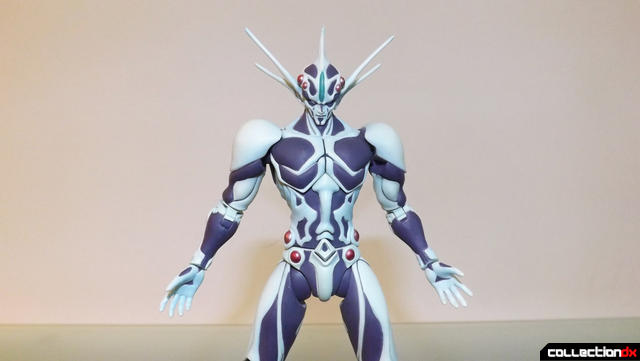 The figure stands at 7 inches tall and comes with very few accessories compared to other figures in the line.
He has a set of fisted hands, a set of open palmed hands and "Gravity Wave" hand that only fits on the right hand.
To finish of the accessories is the standard base with stand. 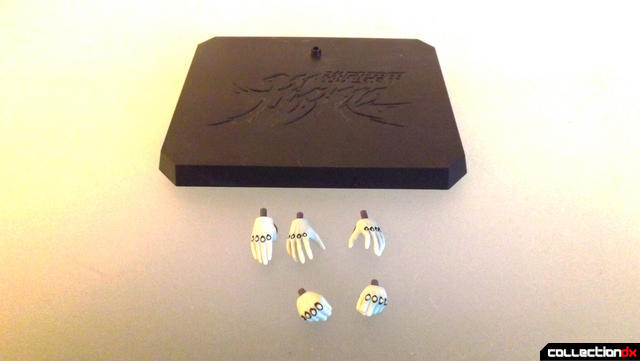 Murakami is one of the hardest figures to pose without his stand, his ankle joints often fall forwards, it is possible to pose him without the stand but it will take patience.
As for other articulation, the figure again has the least in the series, he is missing a diaphragm joint and the wrists can only rotate.
Even with less articulation, the figure can be still posed in the characters iconic poses. 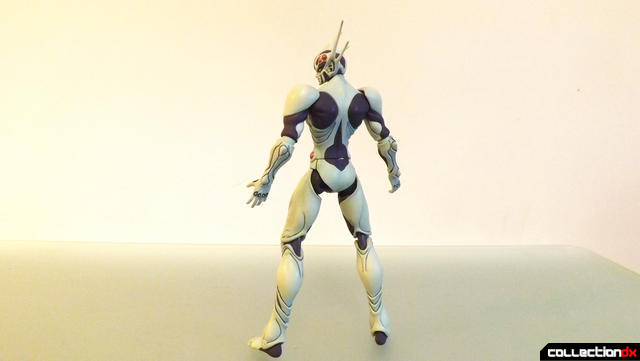 My big worry with this figure is fading or sun damage due to the white paint job.
It was one of the cheapest figures in the line when i bought it a few years ago.
As with all my Guyver reviews i do recommend this figure and the rest of line to fans of the series. 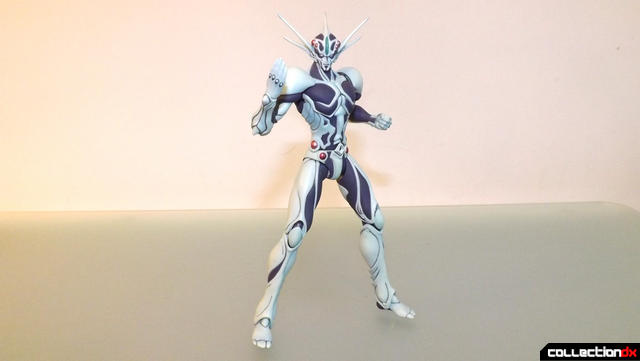 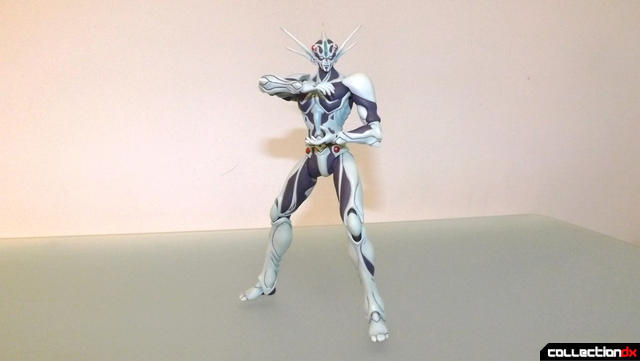 4 comments posted
Any idea when the figma Guyver is coming out?

Any idea when the figma Guyver is coming out?

No release date has been set.

I want a figma Mizuki!

Guyver 3 was always my favourite character design until they showed Murakami's Zoalord form, pure awesomeness right there. Too bad it doesn't come with his gun too.

I agree with the need for the whole Hyper Zoanoid Team 5 to be done, but would also like to see more Zoalords.
Basterd Guyot won't die so easily....

Great review as per usual.