Let’s take the most evil looking Mobile Suit from Gundam Wing and make him cute and cuddly.

I can’t say I see the logic, but no Gundam can escape from being turned SD. It can happen to any mobile suit at any time! 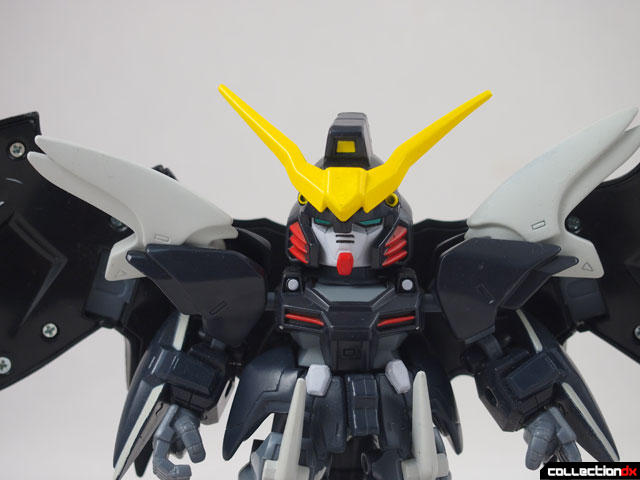 It’s been many years since Gundam Wing was on the air in the US, but it was a great time to be a Gundam fan. The fact that you could walk into any mass-market retailer and buy a new Gundam toy or kit on the shelves was a great thing (regardless of how crappy some of the toys were). The SD versions of the Gundam characters appeared a little later on than their imported MSiA counterparts, and I think were unjustly ignored by a majority of fans. While the sculpts on the regular figures were soft and gummy, the SD versions used high-quality plastics and were very nice indeed. 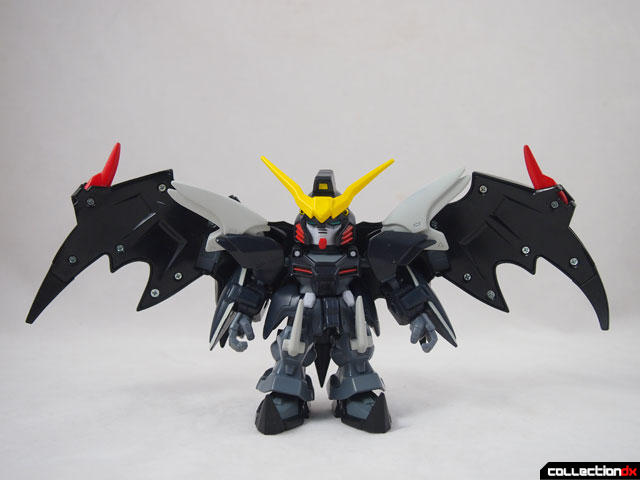 Deathscythe Hell was no exception. Despite its small size it manages to pack quite a bit into a little package.
The main gimmick, the fully articulated wings called the “Active Cloak”, is fully represented here, even better than on its better-proportioned counterpart. The wings snap securely in place and look great either opened or closed. 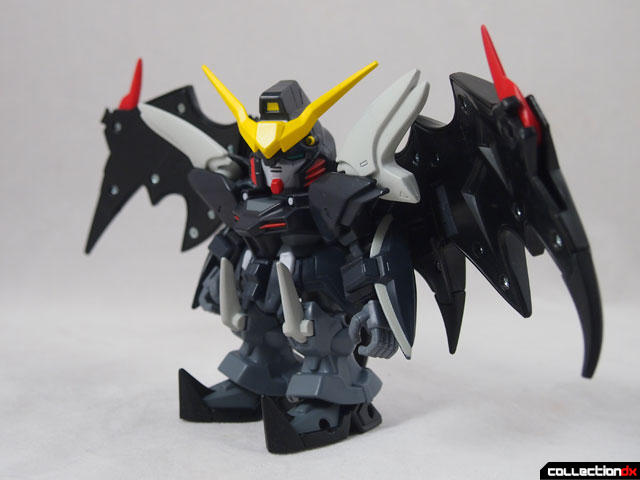 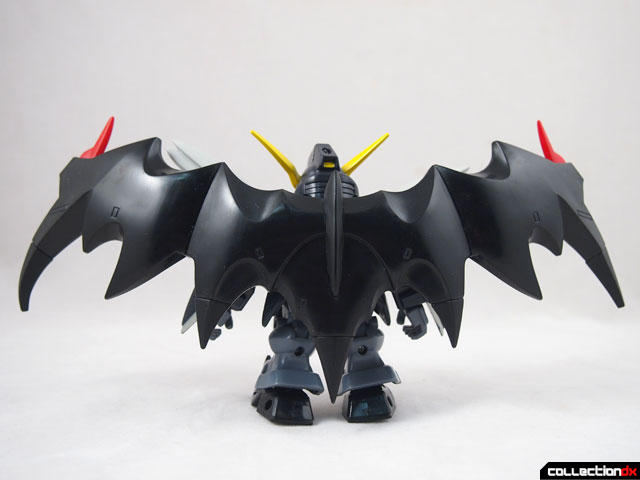 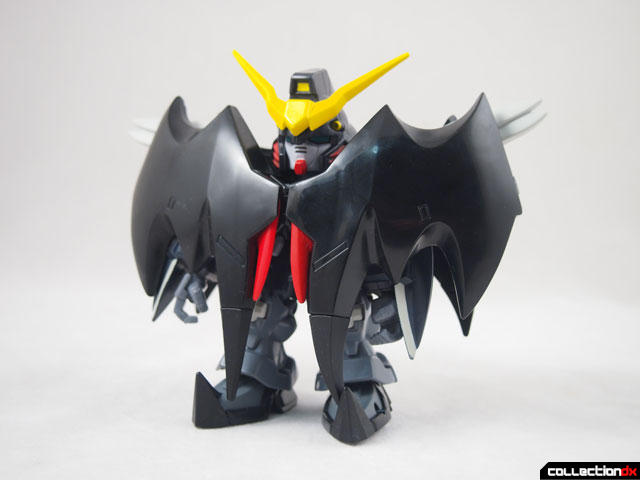 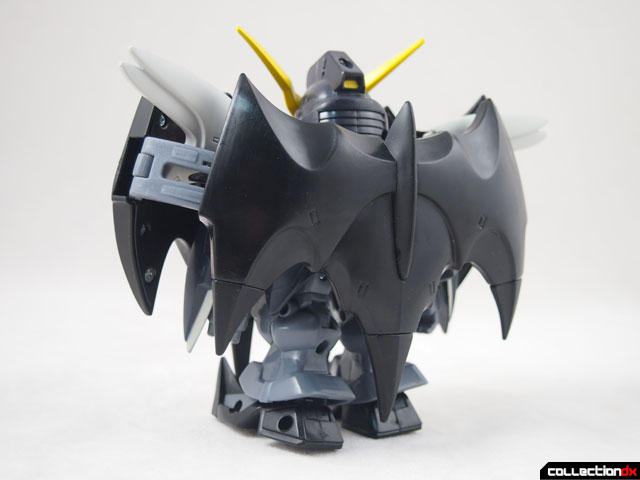 Articulation is limited due to the nature of SD, but the head turns and the arms are fully articulated. The legs move at the hips and ankles, but there is no knee joint.

The included weapon is called the Beam Scythe. It can be held in one or both hands, and features a translucent beam tip. 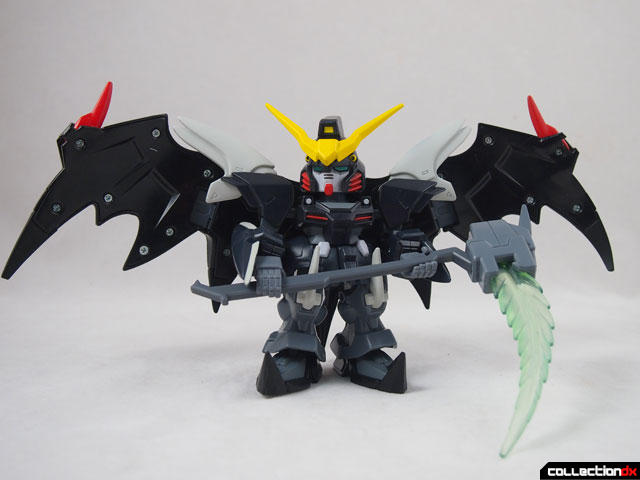 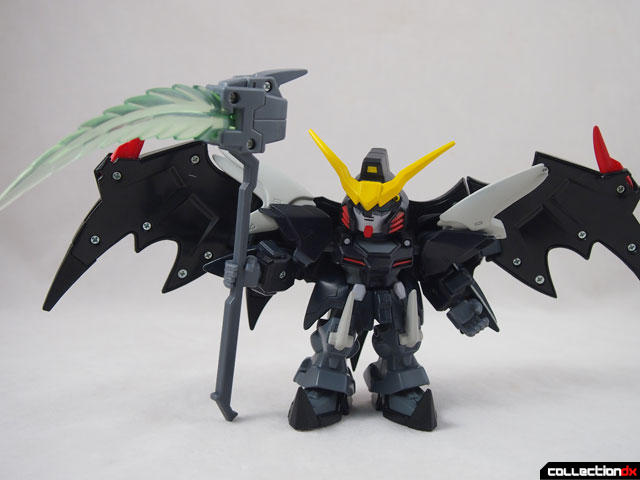 This toy has been reissued as part of the SD Gundam Online series as recently as 2011.

Only thing I didn't like about the D-Hell Custom was the pointed toes and knees, which went counter to the direction of all the other points on the mobile suit.

Josh, is it just me or are the feet switched? Shouldn't the screw holes be in the inner side rather than outside?

Also, seems to me the white fins on the should be able to fold downwards when the Active Cloak wraps around the MS. Do they move?

Now that I know these exist, I want them to make the Heavyarms Custom (one of my top-favorite mobile suits ever)!