Next up in our Wrist Robo review is the Fairlady Z. It' has an identical transformation to the City we previously looked at, but the body has been modified to represent the new vehicle.

Again, the box is awesome. Fairlady is updated with a new graphic. 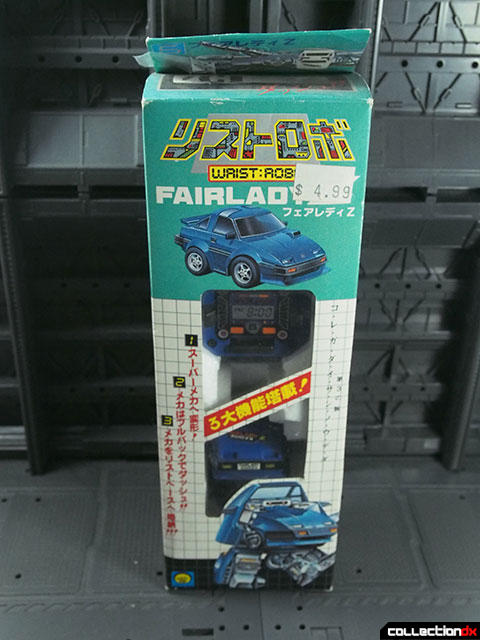 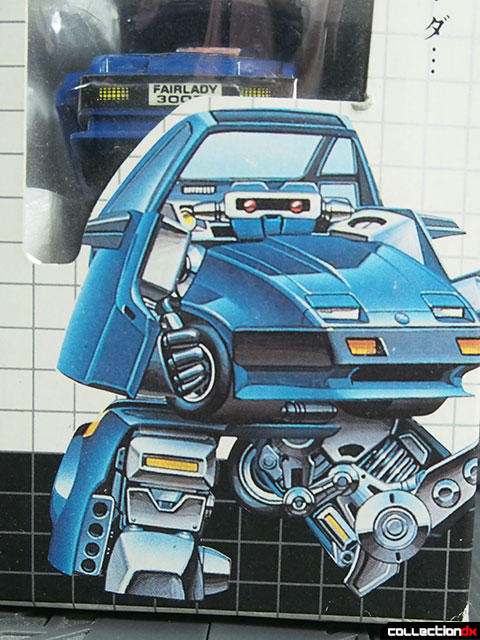 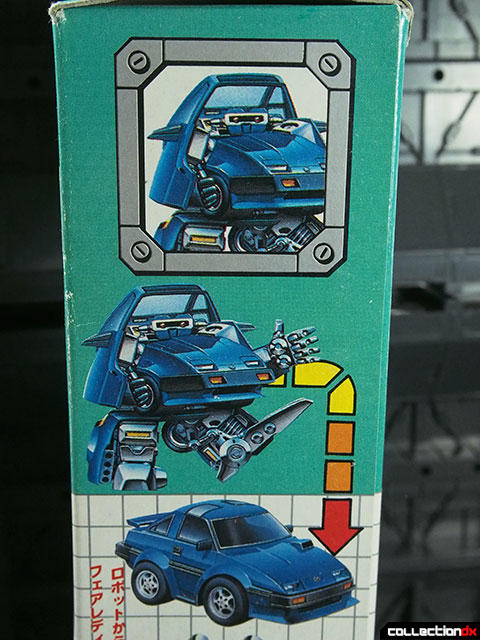 In this case the illustration matches the color of the actual toy, but note that the photo features a white version - perhaps a variant exists? 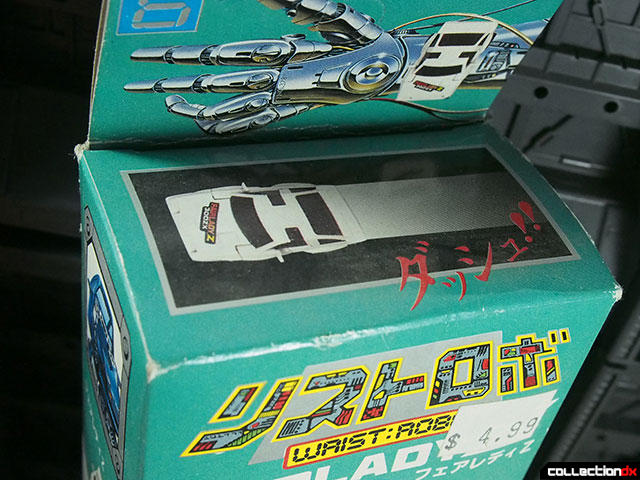 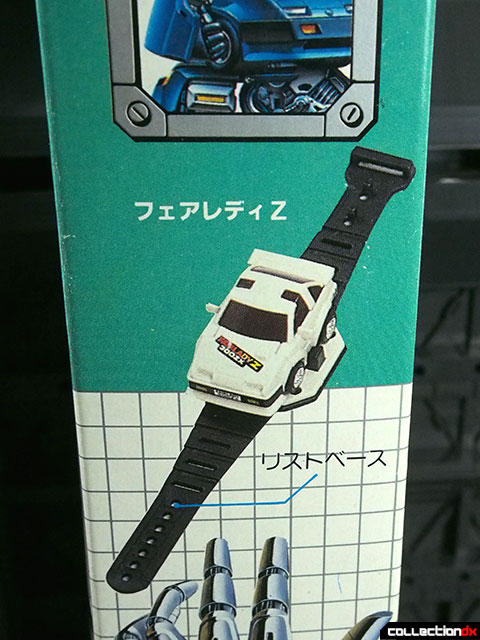 Robot mode is tiny and cute. It's got the same feel as the City, and the transformation is exactly the same. However note the giant FAIRLADY Z 300ZX emblazoned on the hood. I somehow doubt the production car had this on the hood. My guess is because the mold is so similar to City they needed something to differentiate it. 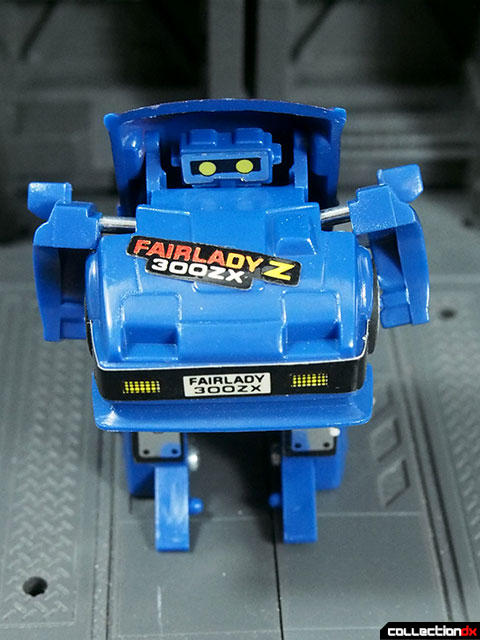 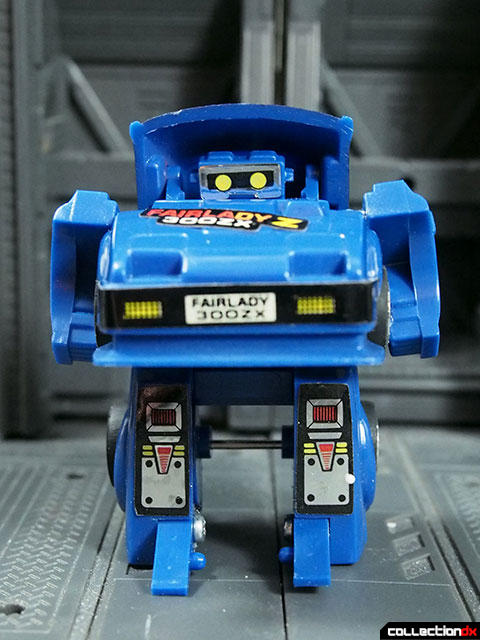 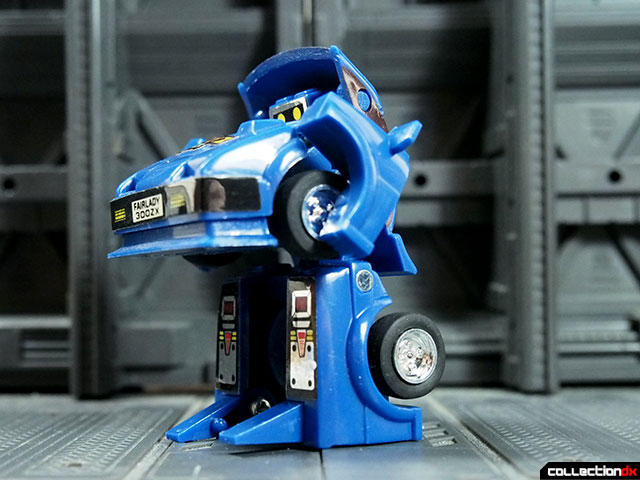 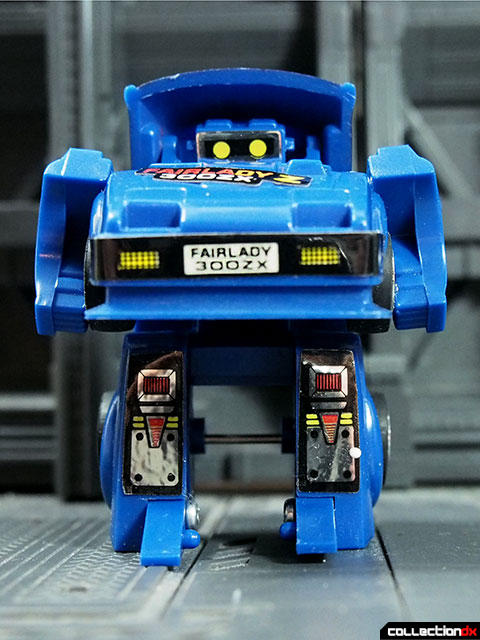 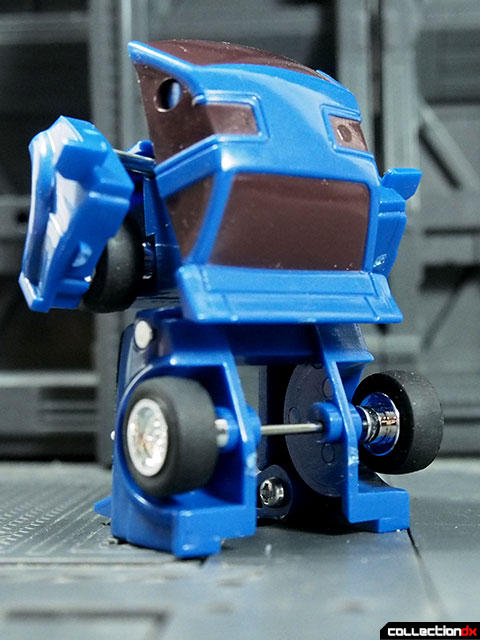 In car mode it's more identifiable as a 300ZX. It's worth pointing out the similarities between these releases and the Takara releases. Takara, as part of their Microchange line released both a Honda City (Skids) and a Nissan Fairlady Z (Bluestreak). Takara also made the Kronoform watches. Mark makes both a City and Fairlady, but as Watch Robots. Coincidence? Probably not. 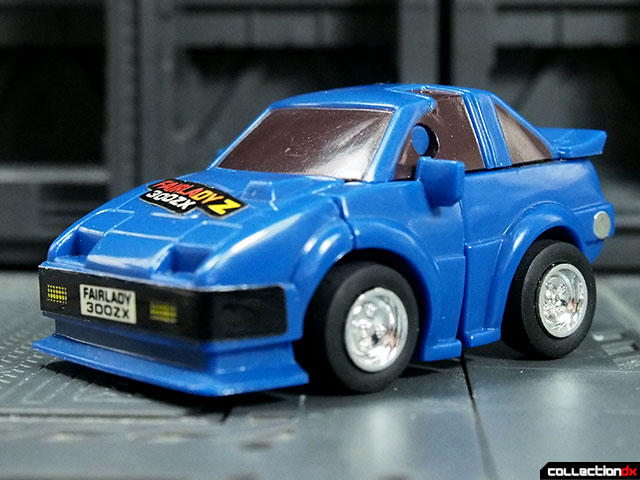 Again, the toy features a pull-back motor and rubber tires. It zooms. 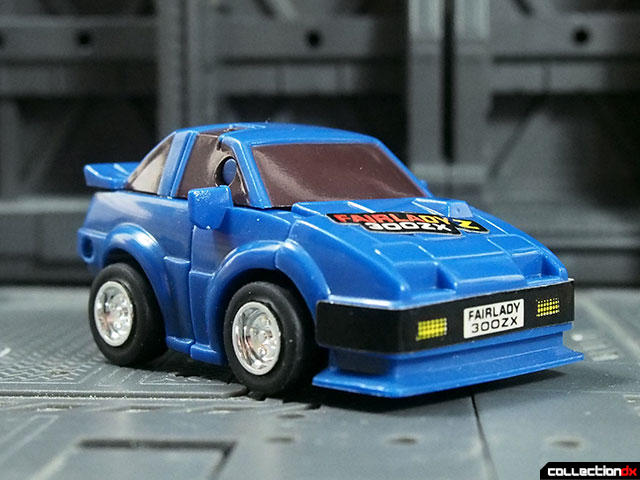 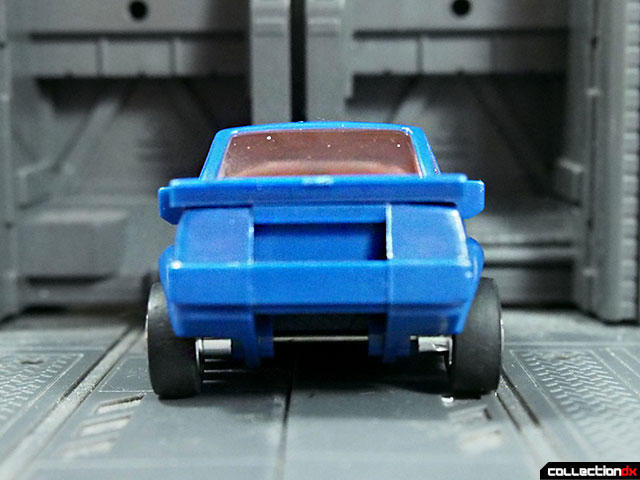 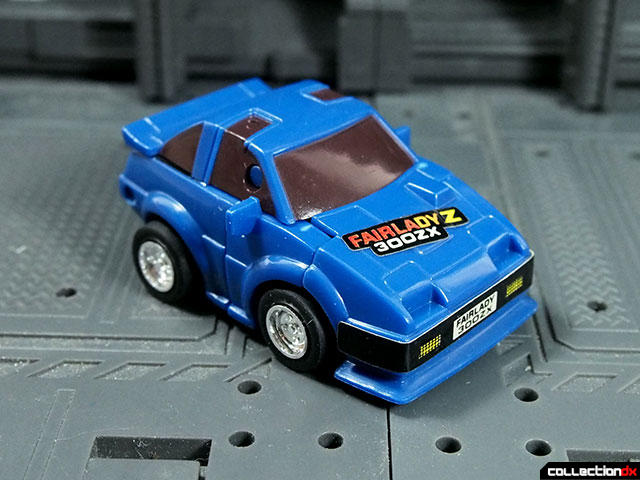 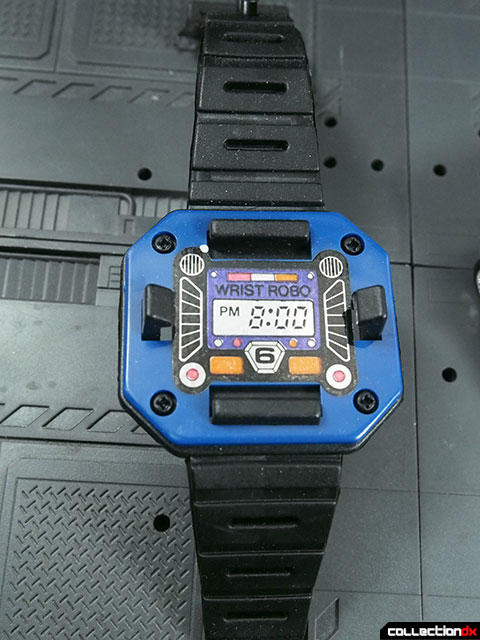 The vehicle clips onto the watch face. 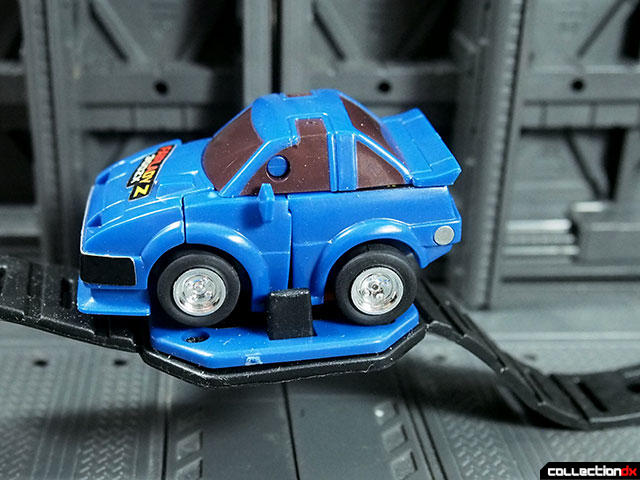 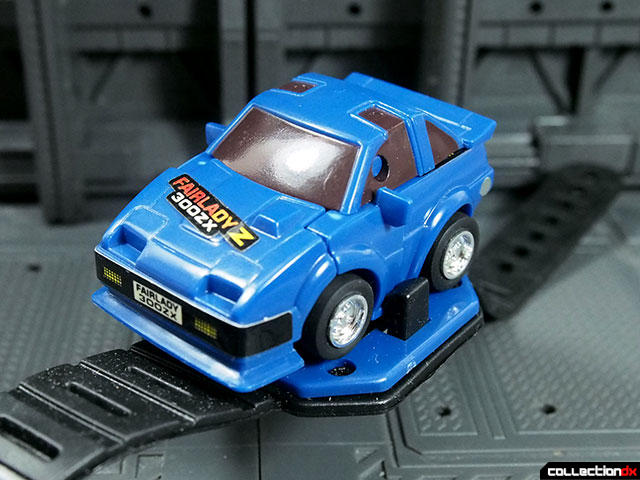 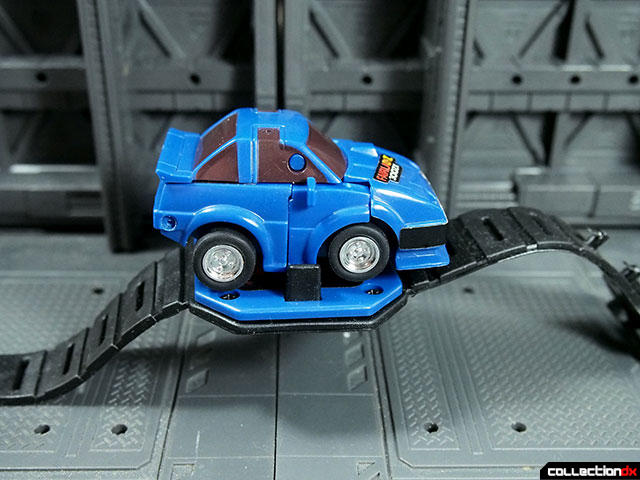 We've got one more Wrist Robo to go, stay tuned!