EvaPolice comes from the 1981 Japanese kids' show Robot 8chan (or Robo Hacchan), created by Shotaro Ishinomori. The show has a feel similar to that of Robocon. 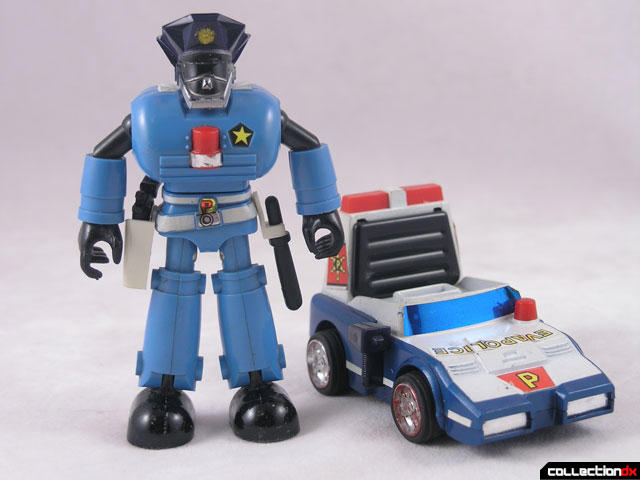 EvaPolice is a robotic policeman. If he is anything like the cop in Robocon, he plays the fool in the series, but I don't actually know. He looks kind of badass until you put him in the car. 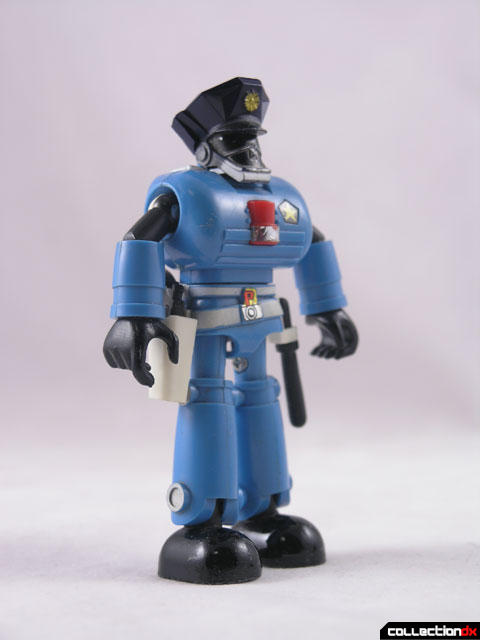 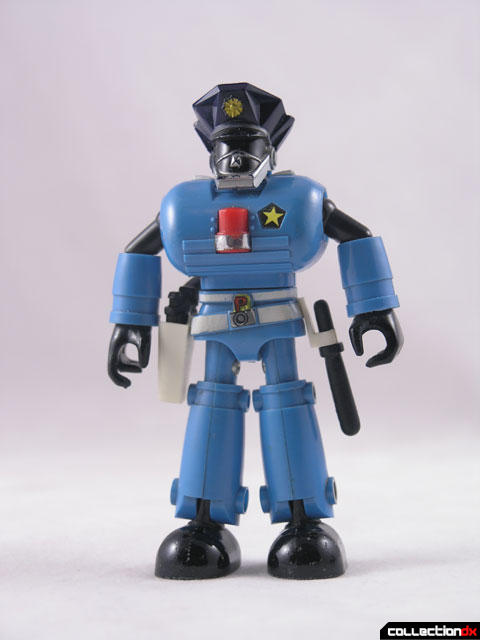 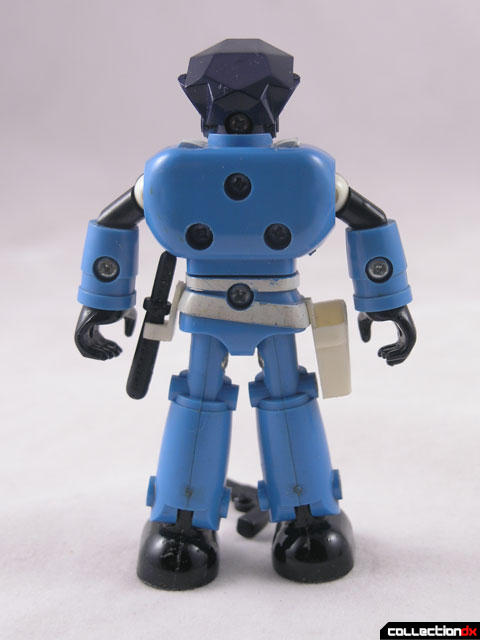 As far as a Chogokin goes, he's not bad. Although he was made almost thirty years ago, the character design feels modern. Once you hold the toy you understand. 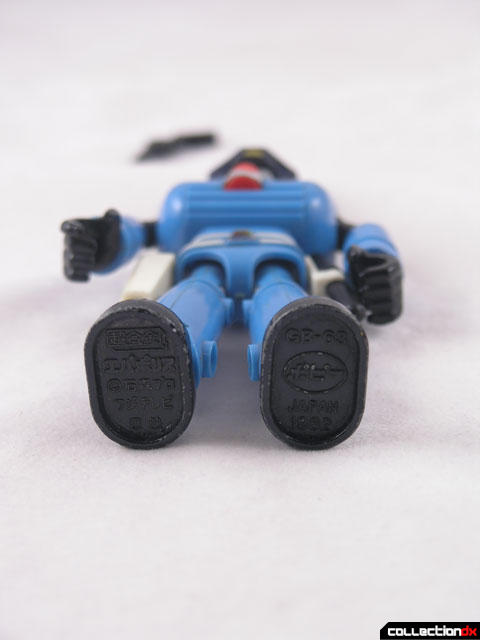 The toy has hardly any diecast - just the feet, but the plastic is sturdy and durable. The arms bend at the shoulders and the legs move at the hips, knees, and feet.

EvaPolice has two weapons - a revolver and a billy club. How cool is it that a kids' character can carry a Revolver? 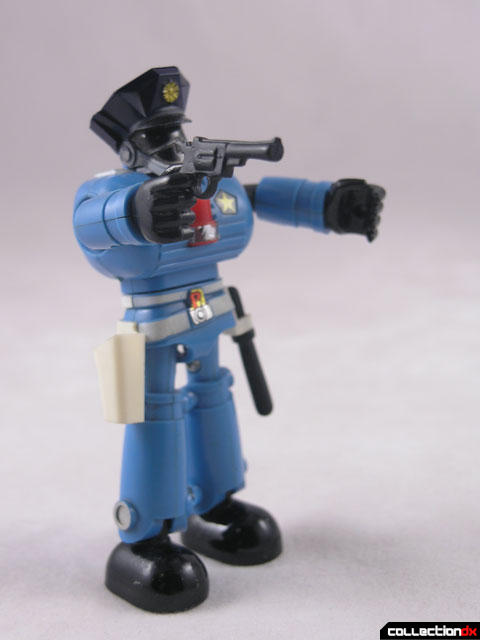 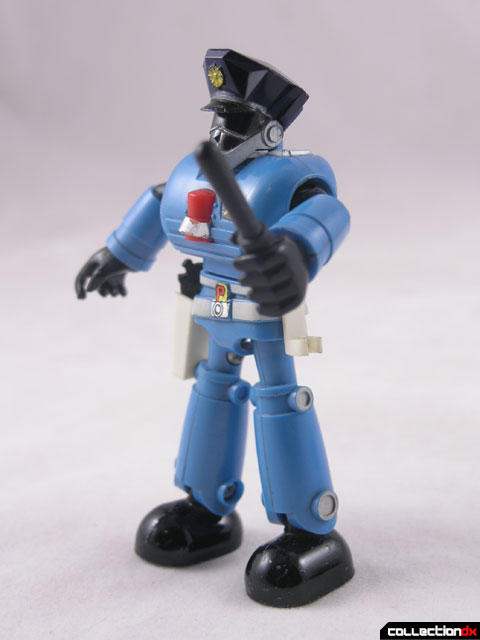 EvaPolice can split in half and the top part can attach to the included car. The car features rubber tires. 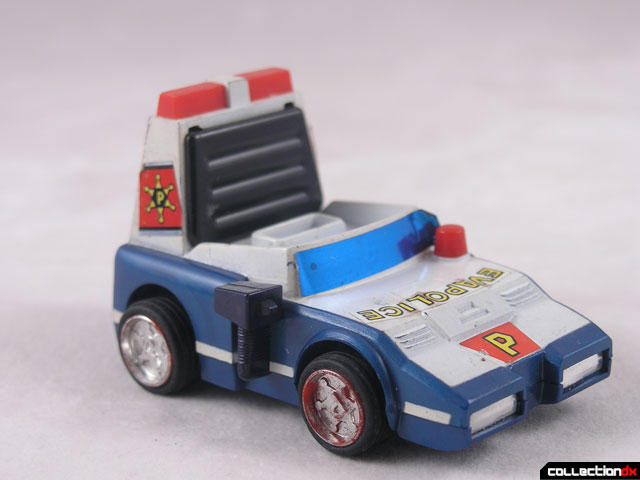 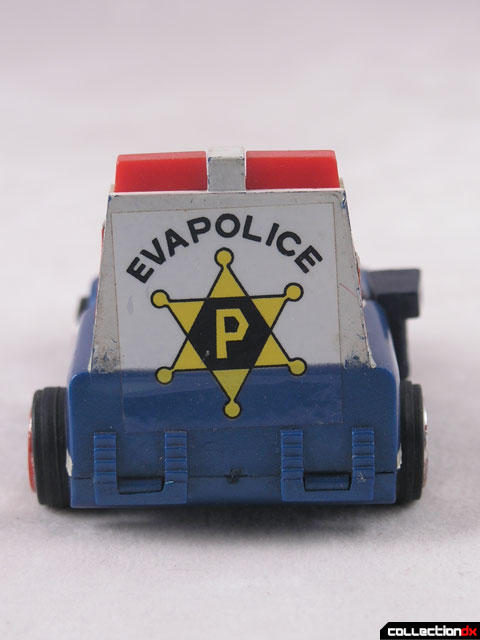 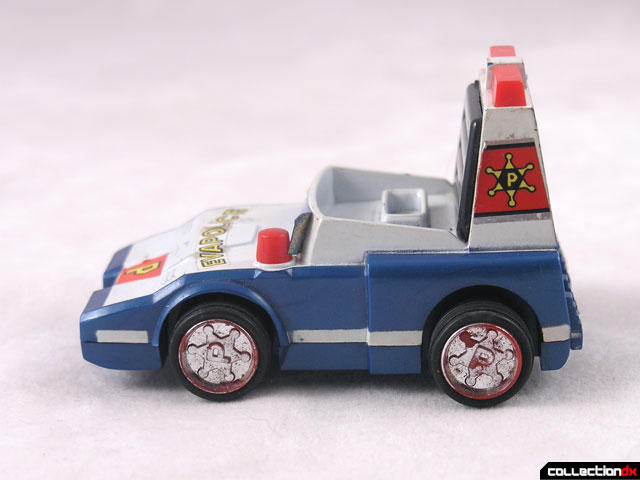 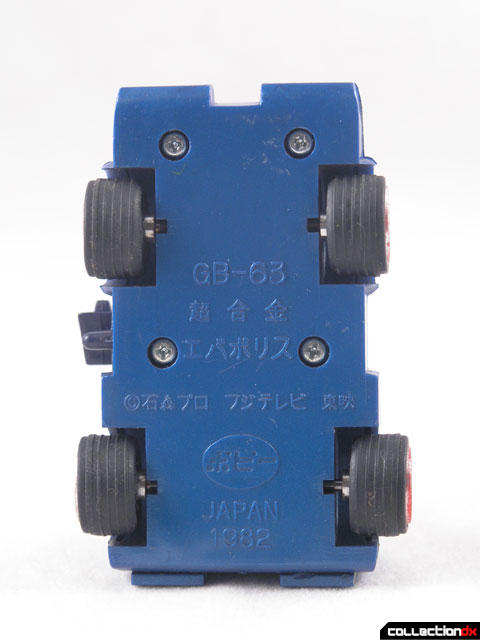 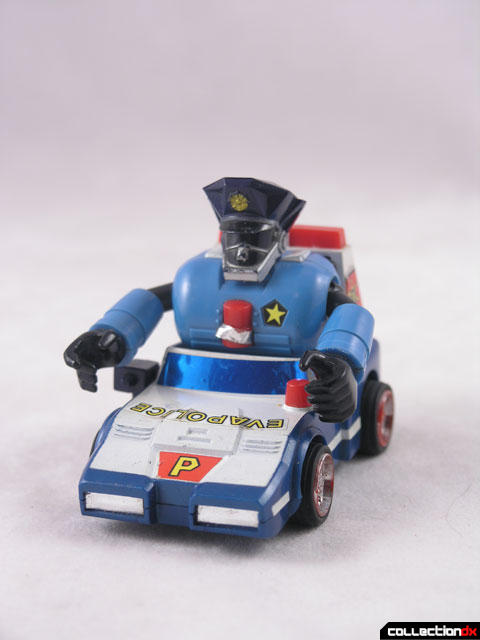 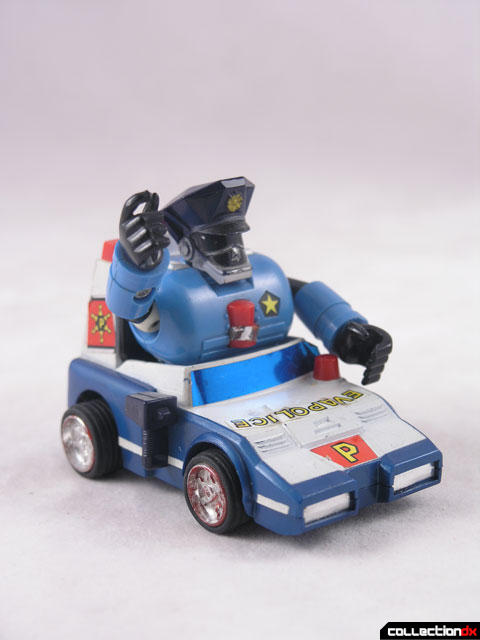 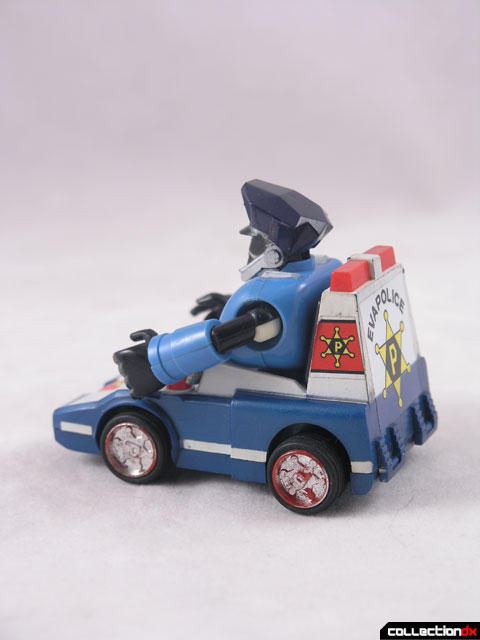 I bought this guy on my last trip to Japan. I was in the Mandarake in Shibuya, just poking around when I spied an end-cap display of all these toys hanging in plastic bags. At first I thought they were just gashapon, and many were, but upon closer inspection, I found this guy sealed in a bag for 400 yen. That's about 5 bucks. How could I NOT buy him?

it just goes to show that in Mandarake you have too look everywhere. Especially look through bins on the floor and things hanging on walls. There's treasure in that store!

5 comments posted
If the car had transformed

If the car had transformed even a little, I might have found this interesting.

This guy actually looks kinda cool, I really get an Ingram vibe from him, but I think that's due to him being a police robot, with a revolver...

I dig this thing. The half-robot car mode is awesome. It's be really neat if you could do the same with the legs and have a walking car-robot.

The best part is that the "EvaPolice" on the front of the car is orientated so that he can read it while driving.

This guy looks great! I'd buy him in a heart-beat.