Previously, in our Boba Fett Variant Play Arts Kai review, we talked about what makes a bootleg, and under what circumstances is it OK to purchase one.

This is another figure I got from that batch from Gearbest.com. This figure includes a few more clues on the packaging to discern its legitimacy.

The box is a similar style and shape as Boba Fett, but is missing the red triangle logo on the corner. I cannot find images of this release without one, so that could be a clue. 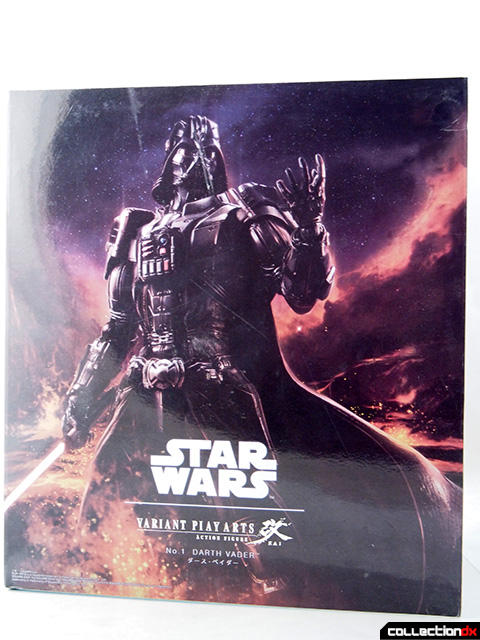 Initially I thought that the fact that this had no magnets to hold the flap closed was another clue, but later I found the magnets had just become unglued from inside the box. 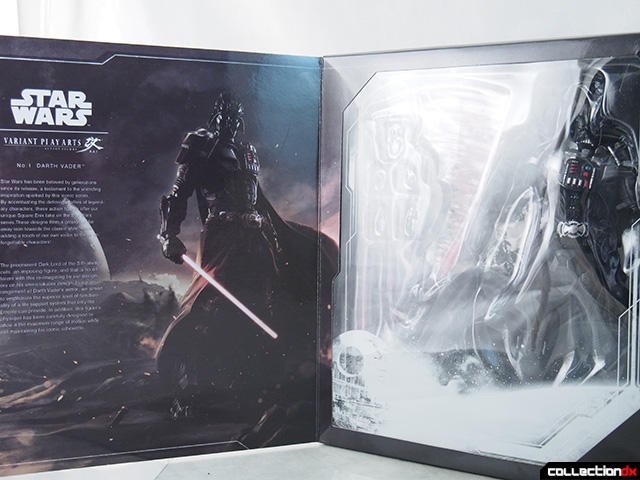 The back of the box, again, missing the triangle logo. 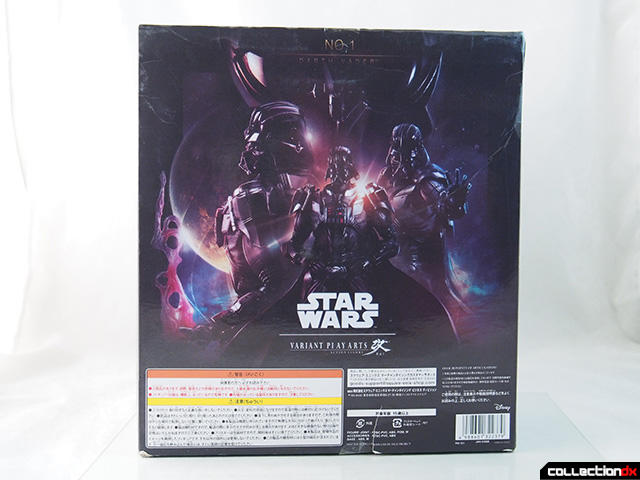 Another issue I have read about is the numbering on the bottom of the boxes. I address this in the video, but essentially knockoff versions tend to have too-perfect embossed serial numbers on the bottom.

Like Boba Fett, Vader has the backing card with the stand parts sealed behind a blister bubble, with the instructions printed on the flaps. 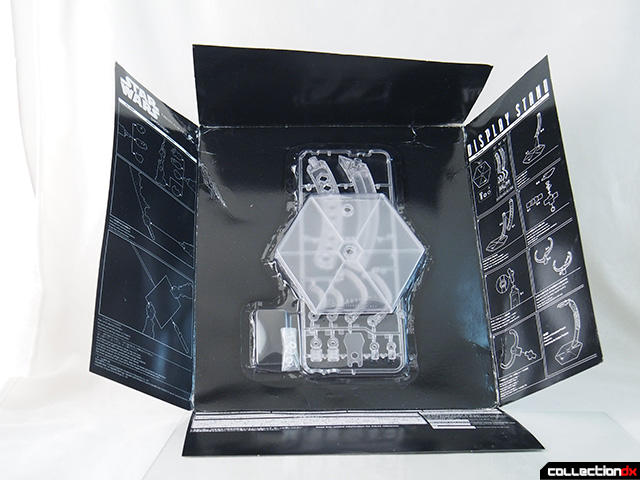 The plastic tray is a little flimsy, but once again, having never owned another Play Arts Kai, I am unsure if this is normal. 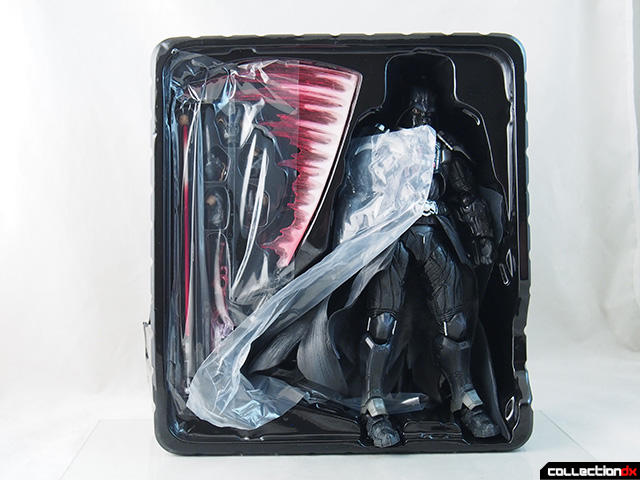 This is a Variant Play Arts Kai release. The "variant" means that the designers took some liberty in re-imagining the looks of these classic characters. The results are stunning. Vader looks even more badass than usual. 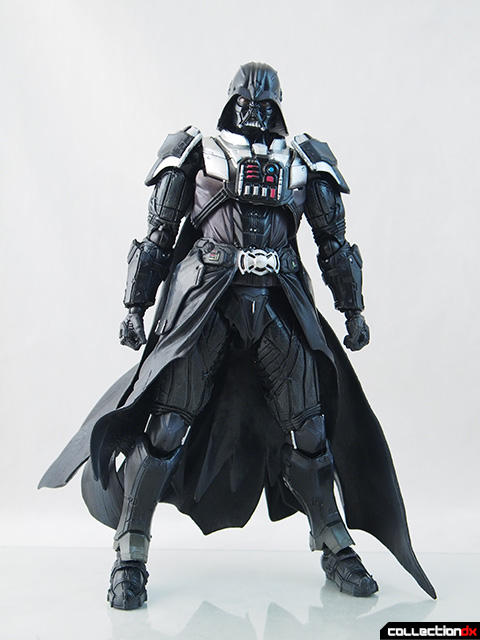 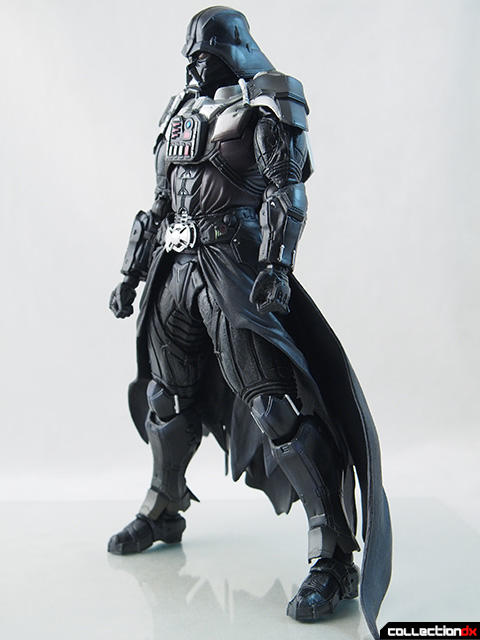 The quality of the figure is great. Paint is good, although there are a couple small detail spots that I imagine could be a little better. The figure is supposed to have a slightly weathered look, so that can account for some of the fading on the silver areas.

Vader's cape is two separate strands that connect under the back plate on hinge joints. Each clicks and allows you to display the capes in various positions. 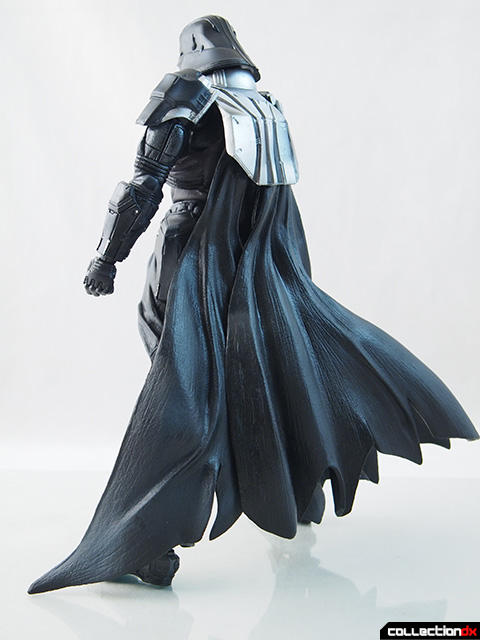 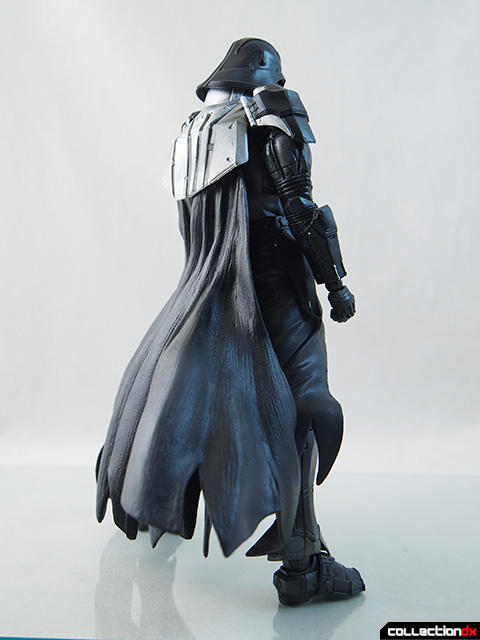 Articulated is a little more limited on Vader than on Boba, largely due to the capes on the back and the waist. All of the joints are tight, and some even click into place. 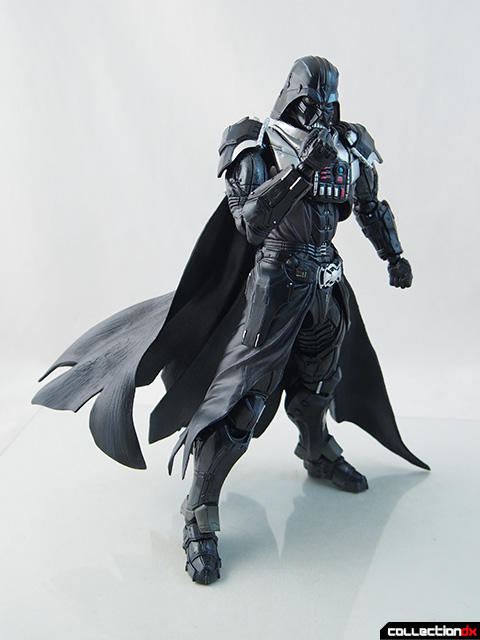 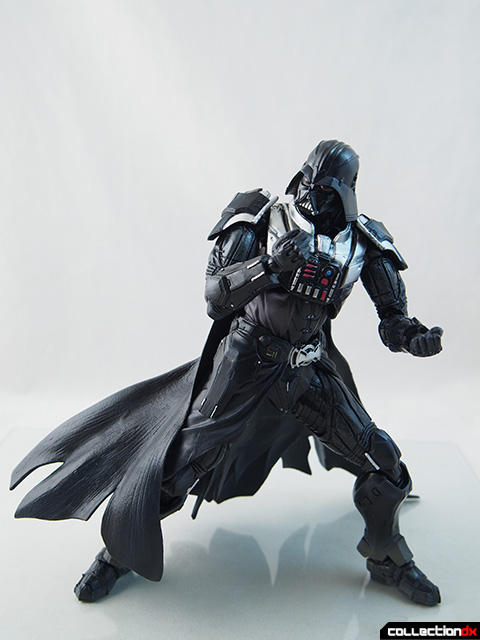 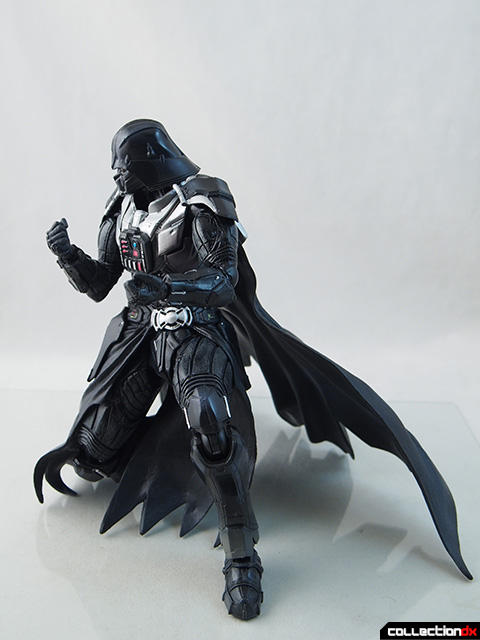 Various extra hands are included. I noticed a little mold flash on the back of one of them. 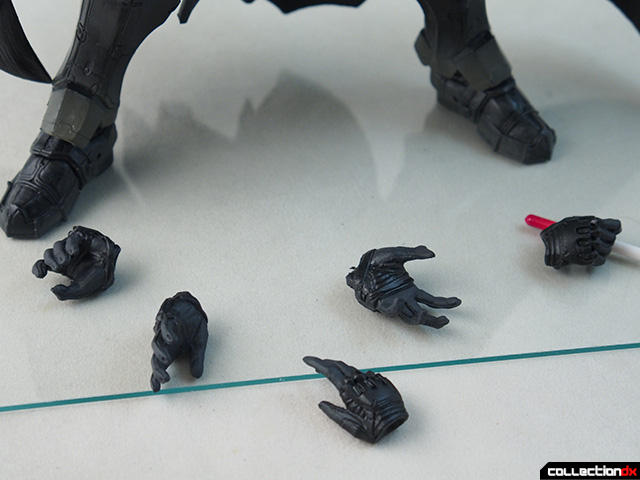 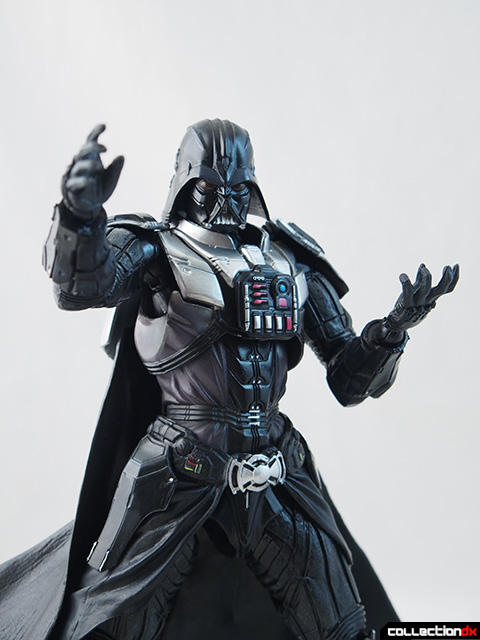 A rather interesting take on the lightsaber is present, with a non-translucent blade with a white highlight. It's got a slight bend to it out of the package at the hilt, but that's easily bent back in place. I do find it odd that it's not translucent, but that's the same across the board, legitimate or not. 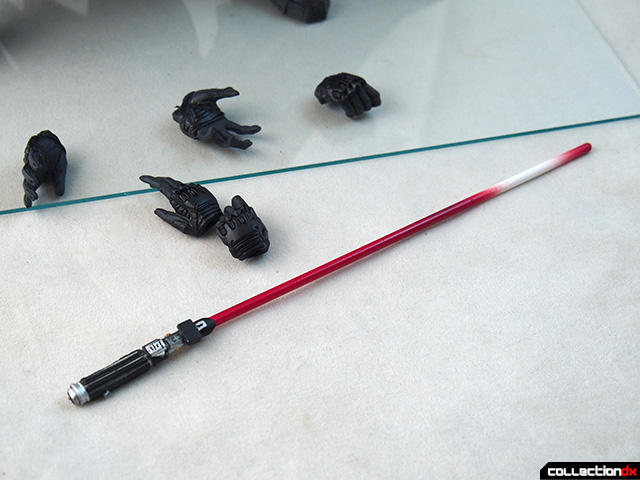 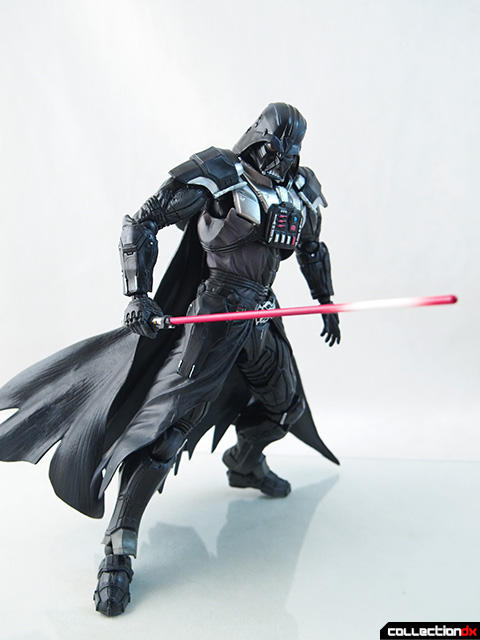 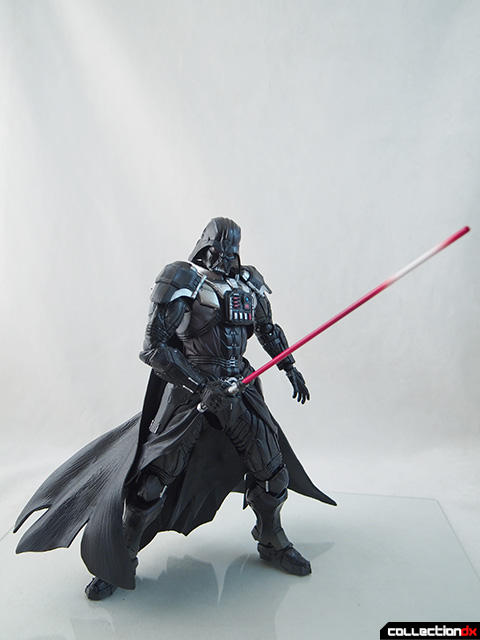 Vader can hold the blade with both hands due to the variant saber-holding hands. 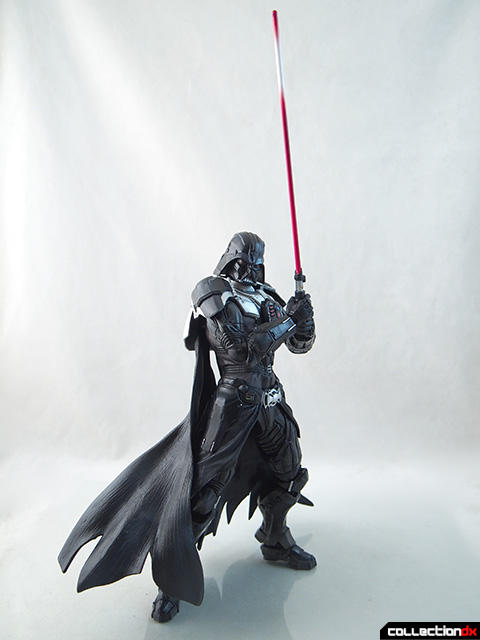 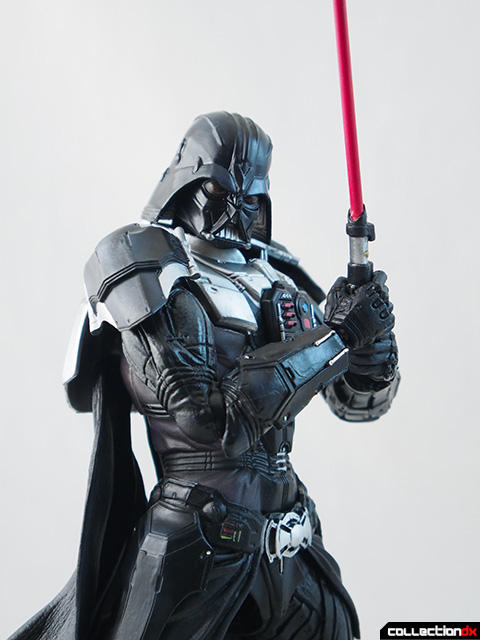 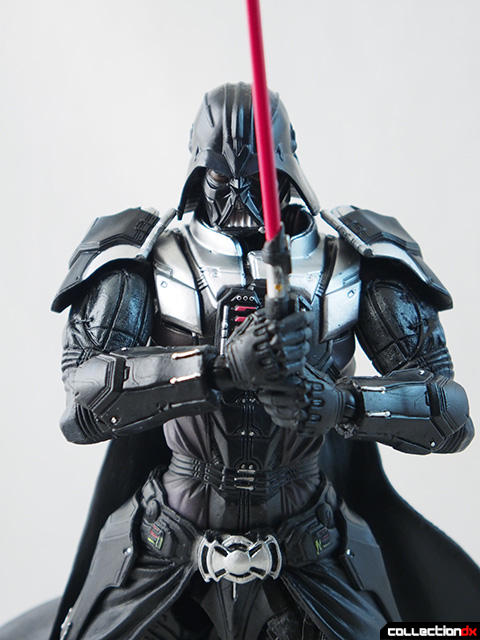 One odd accessory is an extra hand that has what looks to be a red force flame growing out of it. It's a neat effect, but i'm not sure what exactly it's supposed to represent. 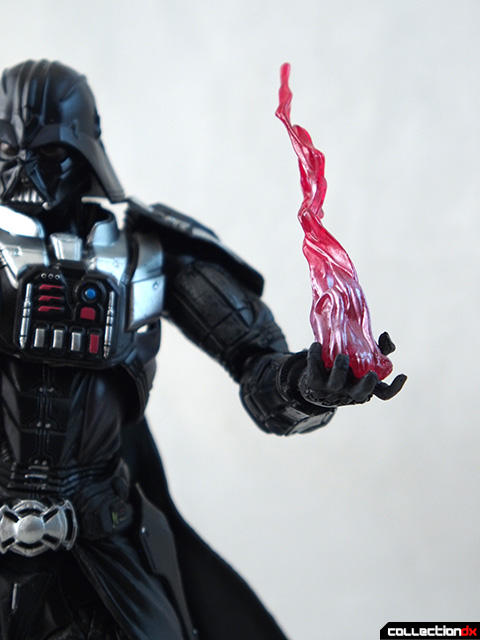 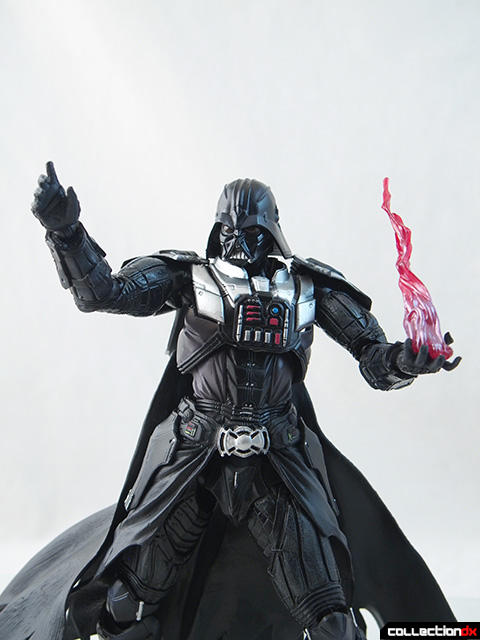 The last accessory is a "slashing" effect lightsaber. this one is actually translucent, and has the hand molded onto the lightsaber hilt. The joints are strong enough that this can be held without any additional support. 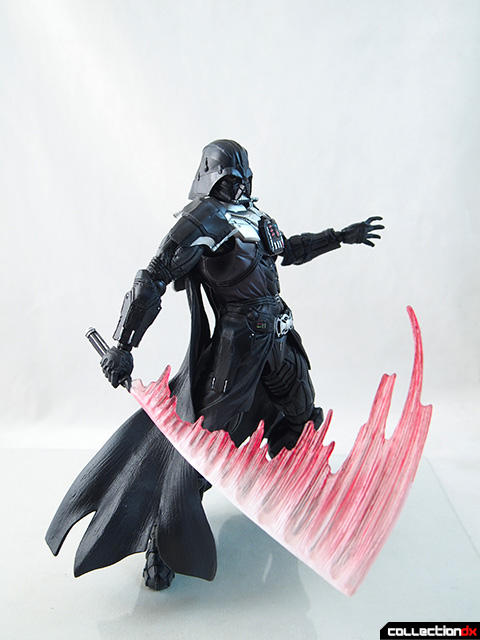 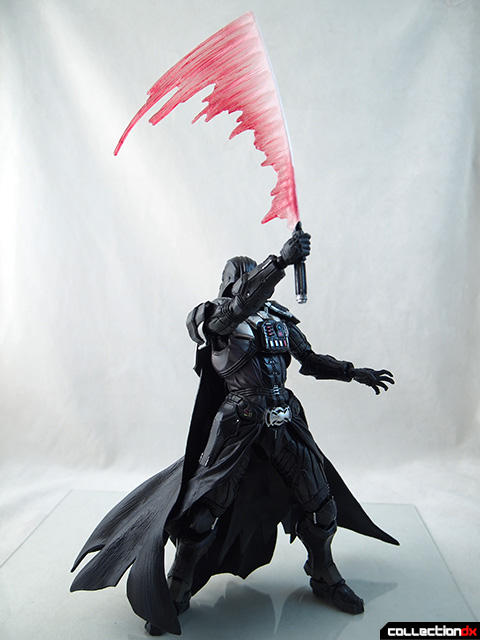 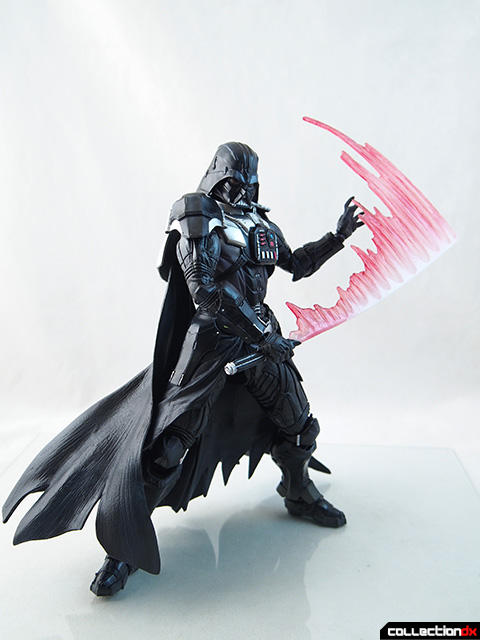 The stand is identical to the one included with Boba Fett. Vader does not need it.

So again, the toy is really excellent quality, but a few things give me pause, like the slight differences in the packaging and package quality. Normally, the Variant Play Arts Kai Darth Vader sells for about $200 USD, but Gearbest has it for about a quarter of that. Search the site for "Collectible Animation Action Figure Model - 10.8 inch" to find it and see for yourselves.