If you've been following my recent reviews of the various Dairuggers that share this similar mold, then it should come as no suprise that there is a bootleg of the last version I talked about. Once again, this one takes what Victora did, and ups the ante. 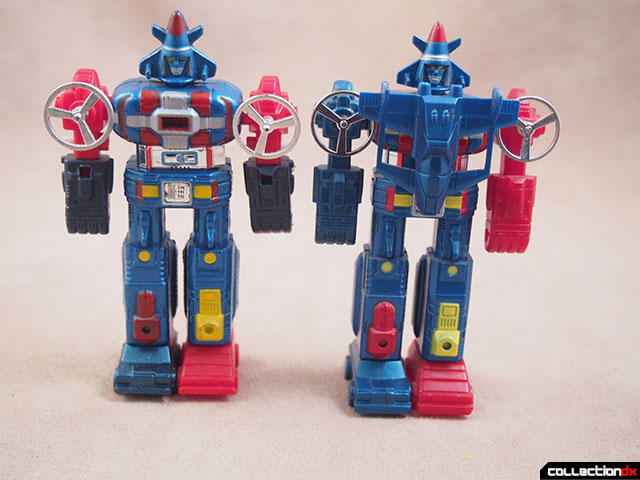 First, the box. It's reminiscent in color from the Victora version, and even shares the artwork on the back. Nowhere on the package does it say Dairugger, just DIECAST METAL. 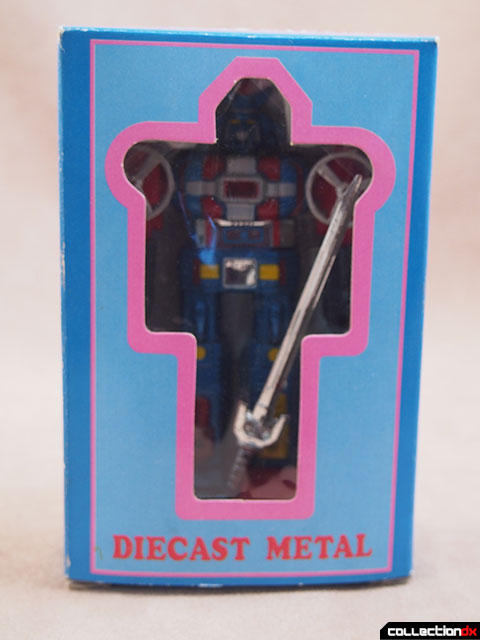 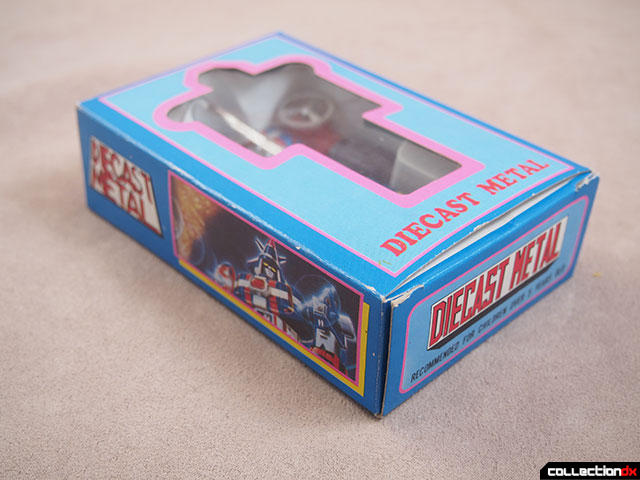 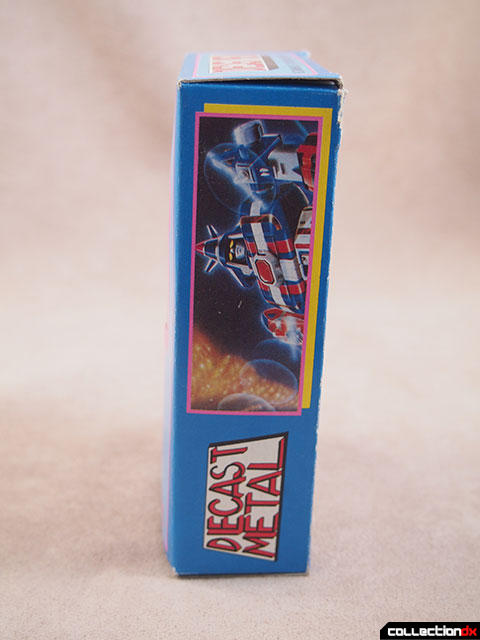 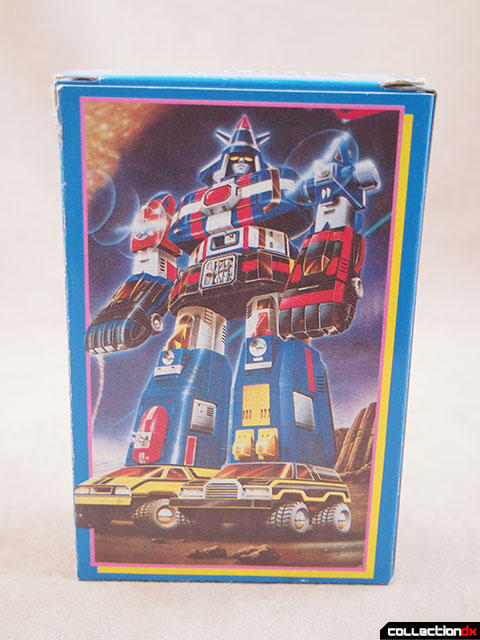 The toy retains the diecast body, but you can see the details getting even softer. The chest ship is missing but I don't know if that's just on my version, or if they were never included. 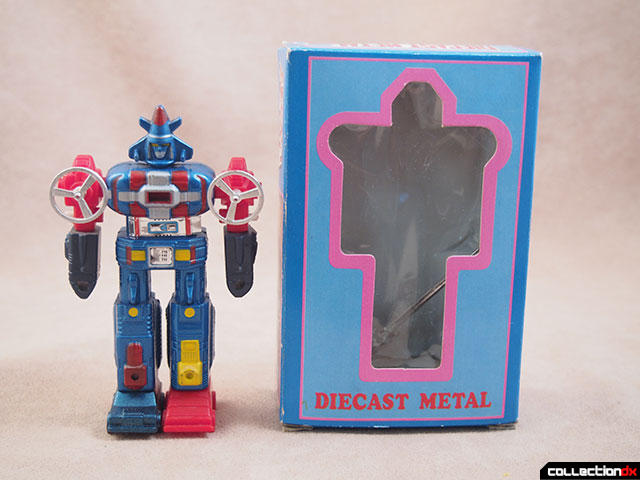 They improved this version by both including working firing fists, and again, adding in the sword. 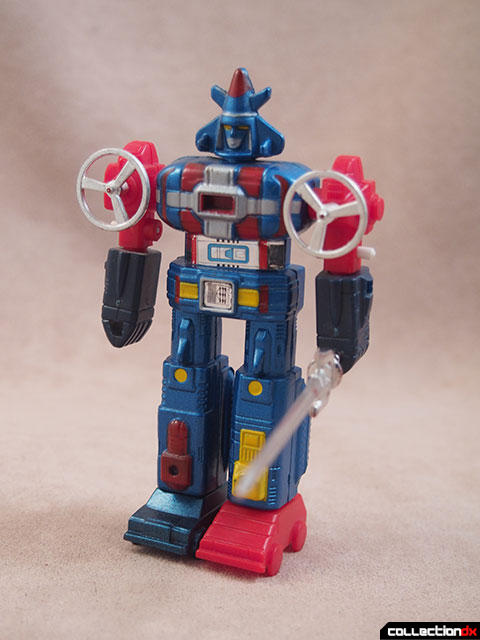 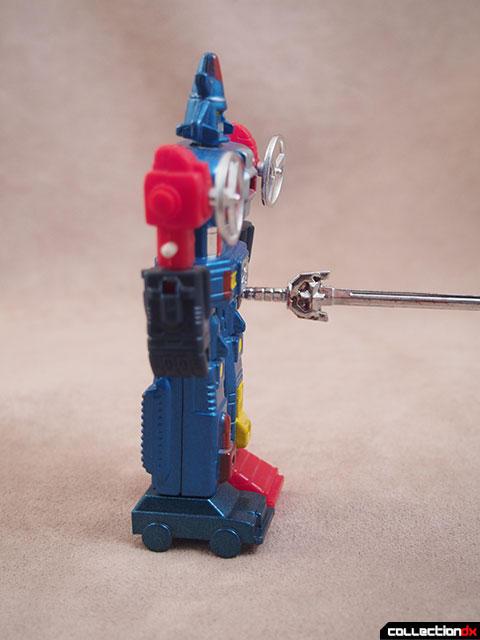 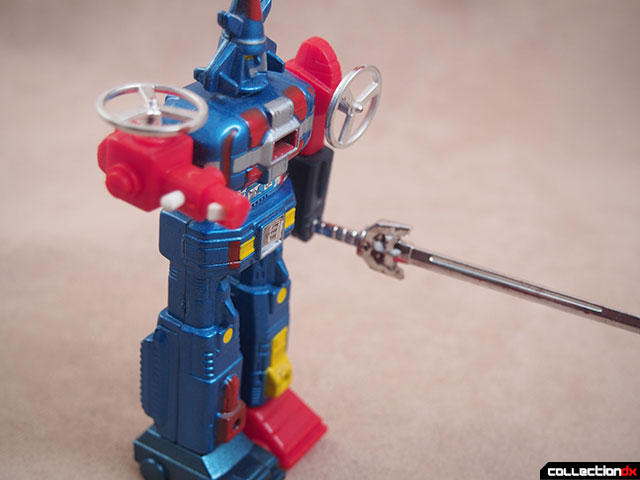 This leads me to wonder, is it by the same factory as the one behind the knockoff MechaGold? Could be! 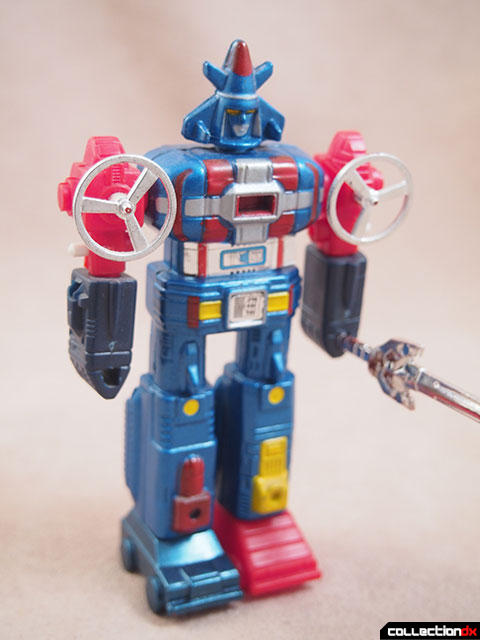 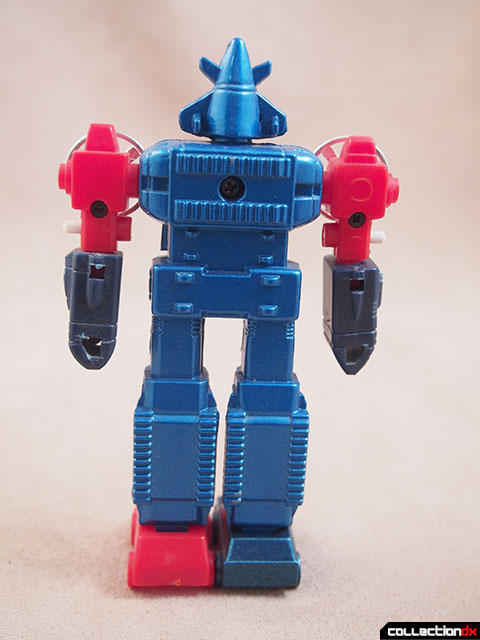 There's not much else to say really. The body is still metal, the shoulders and feet still plastic. 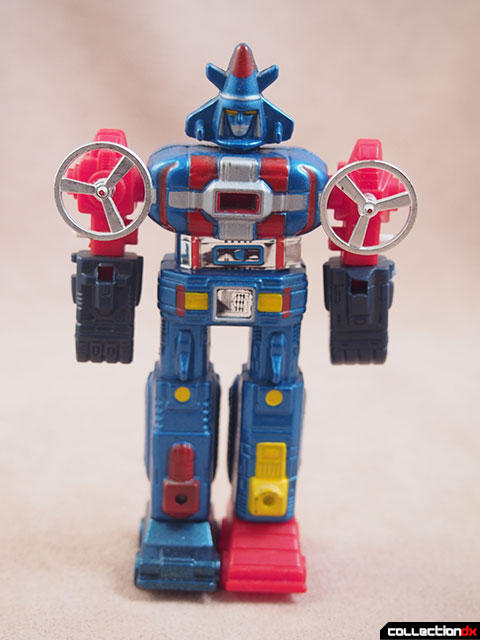 And yes, there are even more crazy bootleg versions of this mold. Some are in neon. Some are in transparent. All of them are awesome, and someday, I will show them to you.