Cubix was a largely undistinguished Korean CGI cartoon from the turn of the century. After two seasons, a few videogames, and a handful of mediocre Trendmasters toys, Cubix quietly disappeared forever.

Or did it? Last month a new, legitimate Cubix toy began popping up on eBay with some frequency, only available directly from Korea. Why did I notice? Why did I care? The magic word: magnetic. Youngtoys of South Korea has cranked out a new, deluxe magnemo version of the character. I have always found the neo-Tomy design of Cubix appealing, but the Trendmasters toys were lame. Now I have no excuse. 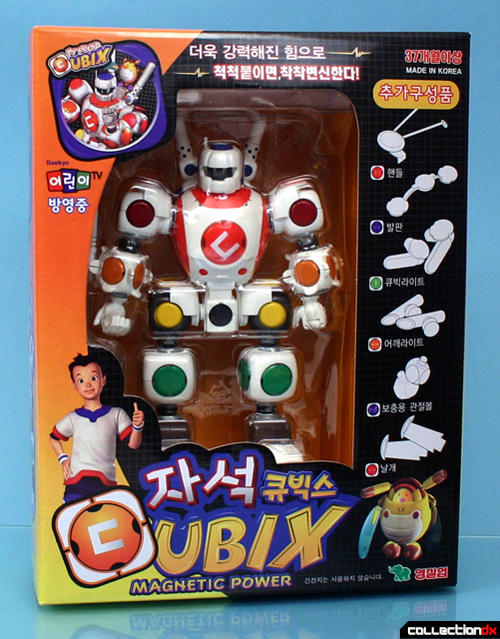 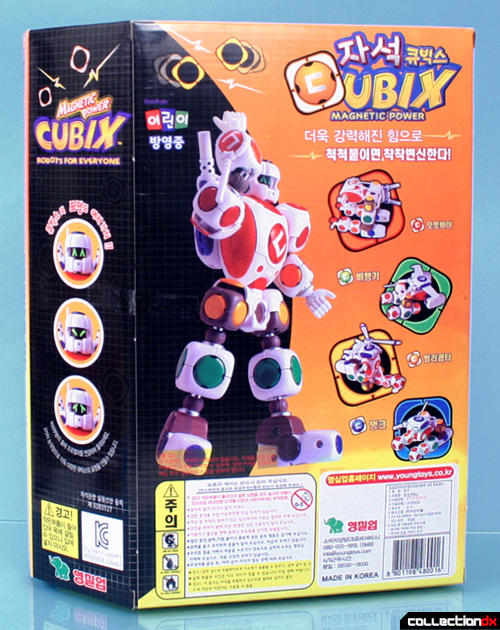 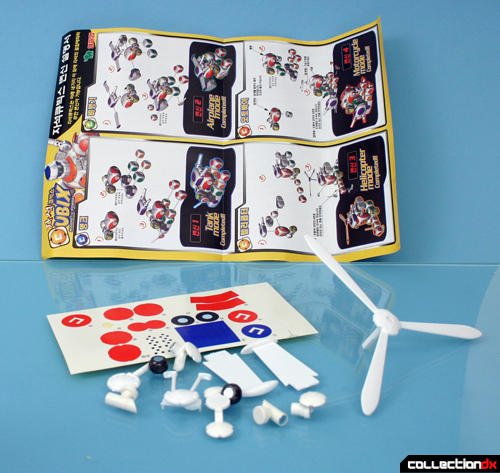 Cubix stands a solid 8” tall. While his marshmellows-embedded-with-skittles design may not appeal to everyone, I really dig it. All of those “skittles” in the limbs? Tin plates. Everything is solid, quality ABS, and the magnets give the figure real heft. 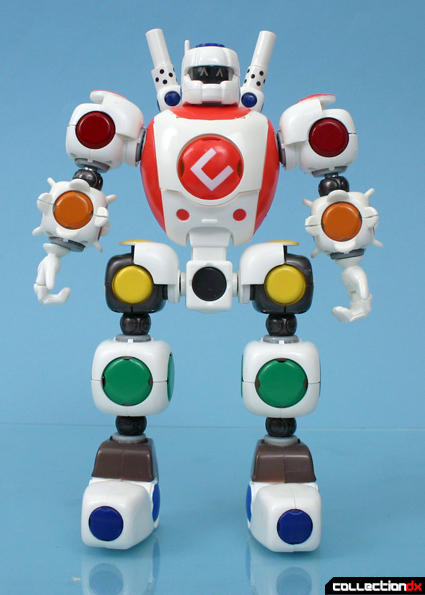 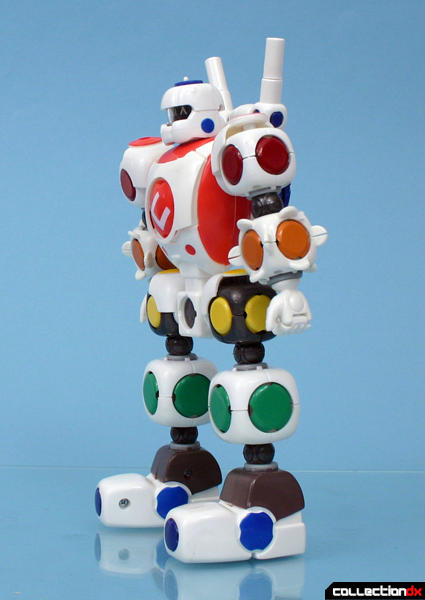 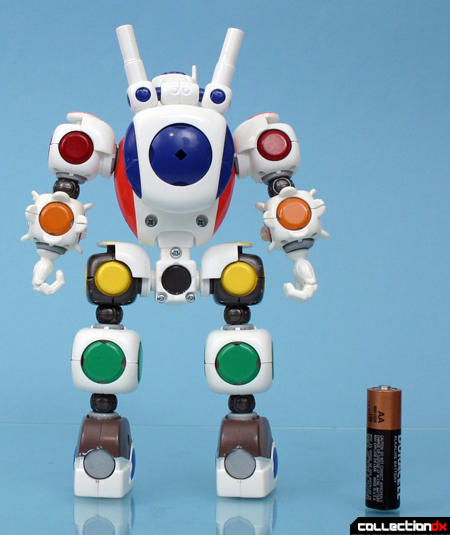 You can plug the helicopter prop into the head to rotate an interior cylinder with three different sets of eyes.

Like most magnemo toys, Cubix is weak in the posing department. Not terrible, but weak nonetheless. 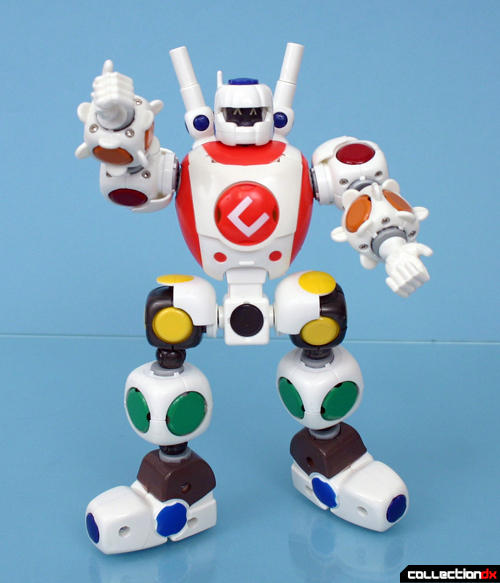 The shoulders have notches in the magnets to create detantes. 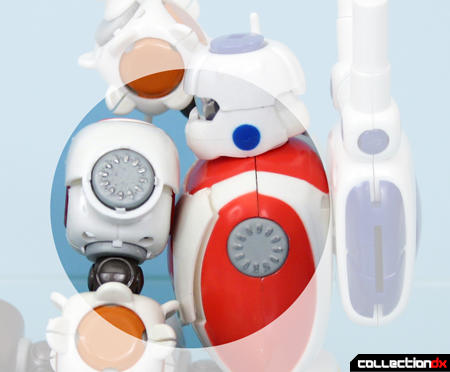 Those magnets, though, boy. These are, hands-down, the strongest magnets I've ever encountered in a magnemo bot. Modern American and Japanese toys use anemic magnets which barely hold together. If some poor Korean kid swallowed Cubix, his gastrointestinal tract is done for.

Here are the constituent pieces. Notice all of the limb blocks stuck together? Yeah, I couldn’t keep them apart. 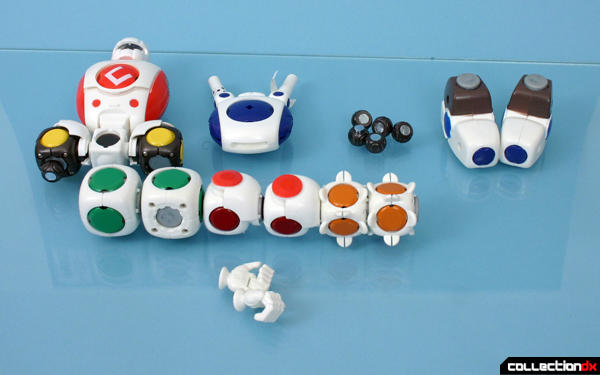 So the gimmick here is that Cubix is reconfigurable into exciting alternate modes. Most of these end up looking like vague mounds of blocks. 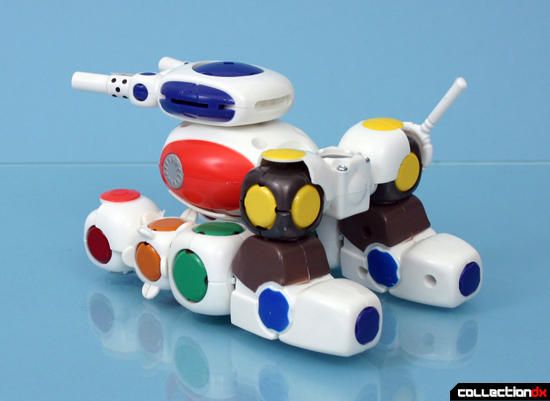 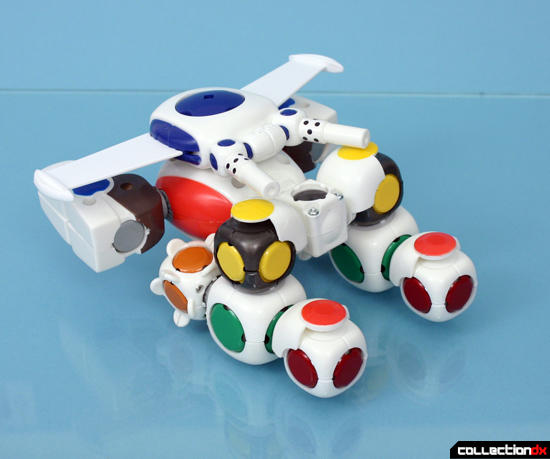 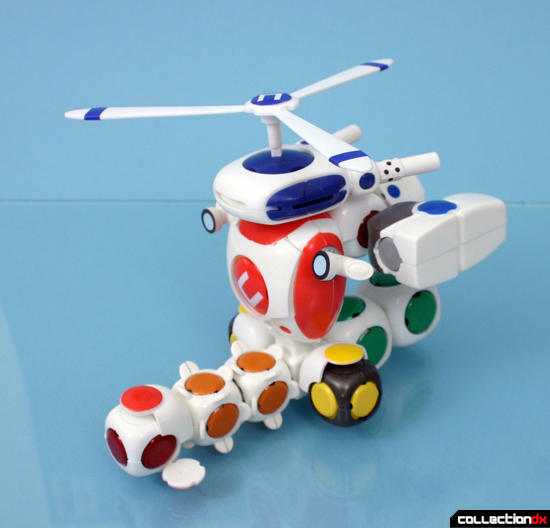 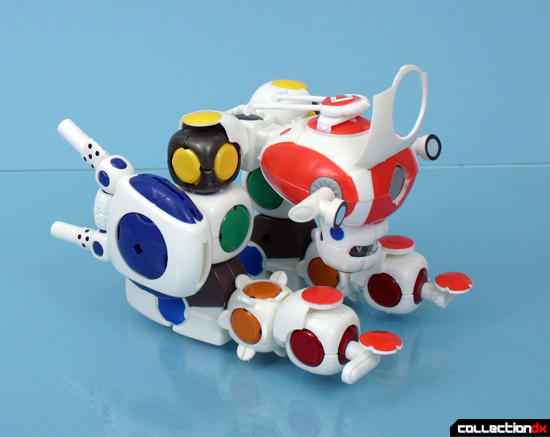 This mode seems the most developed, with little bits of kibble to round it out. It still looks more like a conceptual sculpture than any kind of motorcycle, though. 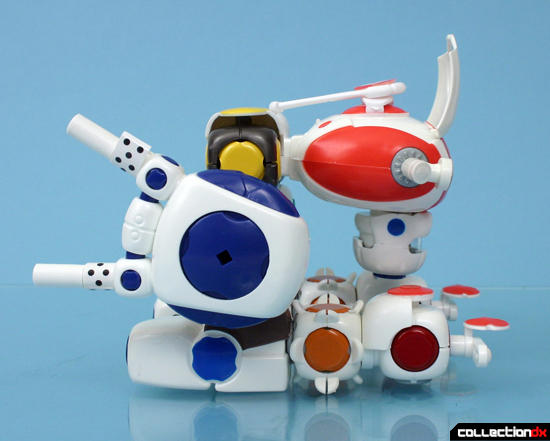 Despite it's shortcomings, I really enjoy this thing. It’s fun, funky, and totally unexpected. 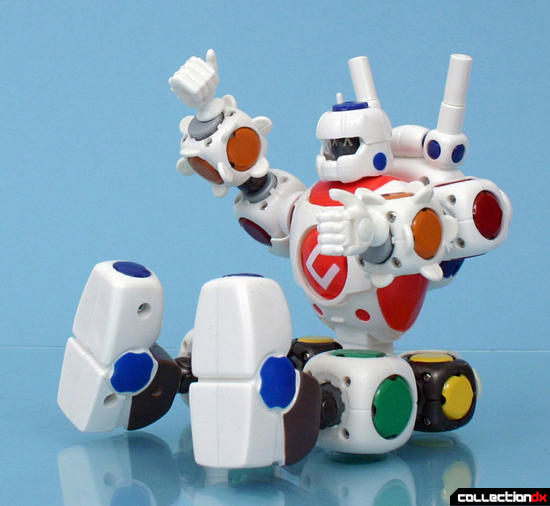 Oh hey, Cubix! I remember this. Only thing I can remember is seeing a few episodes and finding it utterly dull at the time unfortunately :(

Funny you.mention it being "tomy-esque" they indeed held the license for this show. I have the Tony version of this bots and it is mostly gokin, magnet, and some plastic and PVC. Pretty common a couple of years back on YJ. I got one cheap and I love it.

This was released in the UK. I had one but it was a floppy mess.