It's not too often that a secondary support ship is as recognizable as the lead ship, but the Cosmo Zero from Space Battleship Yamato is one of those exceptions. In the USA we recognize this ship from the anime Star Blazers.

Today, I will be reviewing The Cosmo Zero from Space Battleship Yamato, from Taito's Super Mechanics line of UFO catcher prize toys.

Removing the ship from it nicely illustrated box and assembling is a snap. You only have to add the wings and the stand. Ship is made entirely out of plastic. 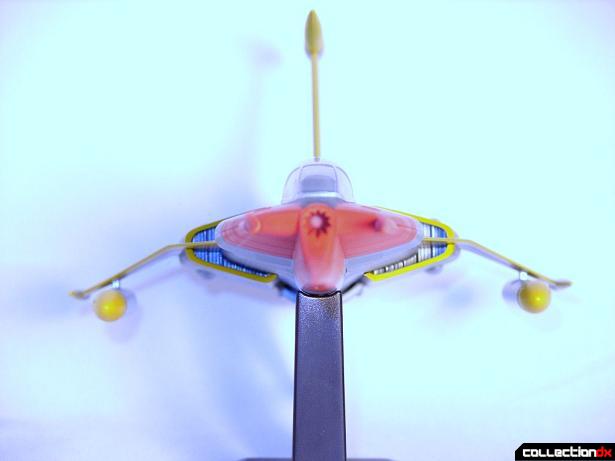 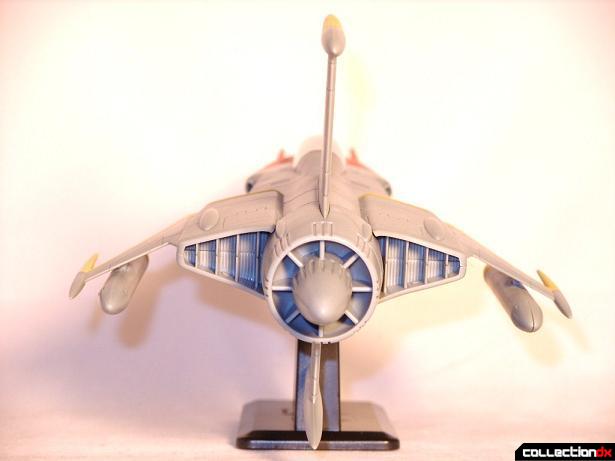 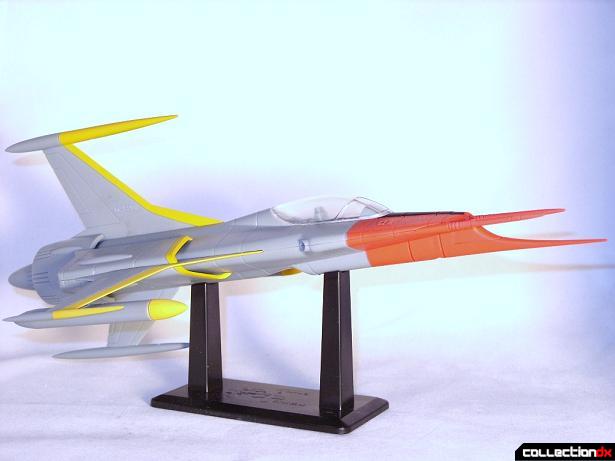 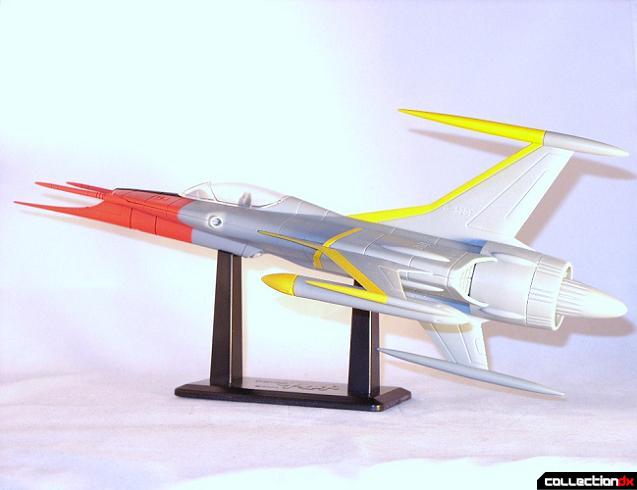 Looking at the pics you will notice that this ship really lacks on paint detail. The cockpit is visible even though the canopy is cloudy. It would have been cool if Taito molded in a pilot or added paint inside the cockpit. Heck, I would have been happier if they had just painted the bracing on the canopy. 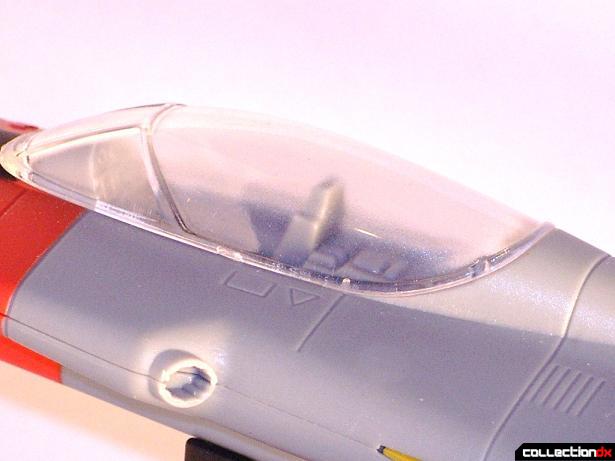 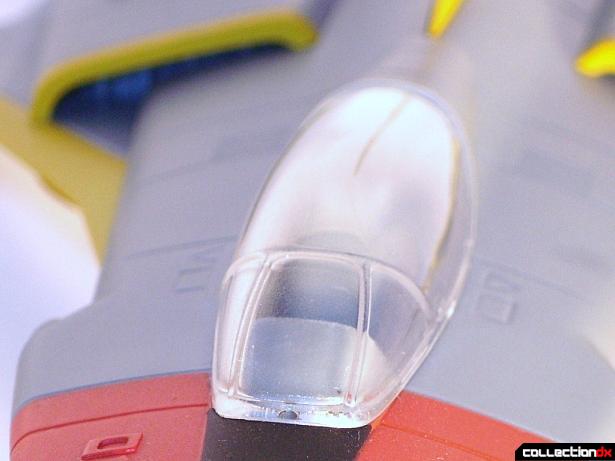 In my opinion, If you are a modeler and you like to customize your toys then this toy will be a big hit for you. As for myself I was disappointed with the lack of paint detail on this model. Unlike other releases in this line you can find this one easily and relatively cheap.

2 comments posted
I think you're viewing this

I think you're viewing this line, and this ship, as a little more than what it is. It's a cheap UFO- crane machine prize. It's not designed to be a centerpiece of your collection or anything. It's not a high priced toy ship, it's more like an oversized Gashapon. It's for people who like Yamato, and like big toys, but aren't going to drop $200+ on a diecast, or the vintage versions.

it is what it is- a nice cheap DX-Scaled toy version of a ship that is difficult to get a die-cast version of. Same thing with all of the crane prize Tatio stuff. Every single piece they've put out so far (except the upcoming gravity saber, and the Queen Emeraldas) are available in much much better, expensive diecast versions.

You can't ask for too much at a $15 price point. When you compare the Tatio versions of all of the ships to other resin or diecast models, you will notice the lack of details you complain about on this ship, is the same throughout. there are much more detailed models of this ship out there, if that's what you want. I doubt model kit builders would mess with this toy as a base- there are literally tons of much more detailed Cosmo Zero models out there for about the same price (sometimes less!)

These are fantastic bases for model builders to start on. For one, these are by far the largest Cosmo Zero models available, have decent details (for what they are), and really are "custom ready". I calculated them at 1/58 scale, but a 1/48 scale pilot fits just fine in the cockpit, and they're about the same size as a 1/48 A-4, so I'm calling them "essentially 1/48 scale." Tons of potential there. Here's hoping they do a Cosmo Toger II, as well.