This is one of the more unusual bootlegs that I've come across. It's a bootleg of the Bandai DX AV-98 Ingram toy, originally released in 1989. The original was very much a toy, with durable construction and working lights. While the bootleg removes the light up action and sacrifices some quality, it's still a pretty decent toy in its own right.

*NOTE: The previous owner added panel lines to this toy.*

The box is obnoxiously loud and looks nothing like the original. If the cheap design didn't give away the bootleg origins, the Chinese script should. 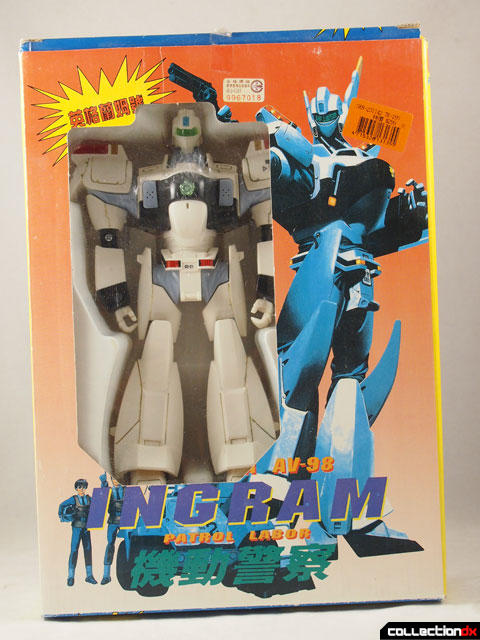 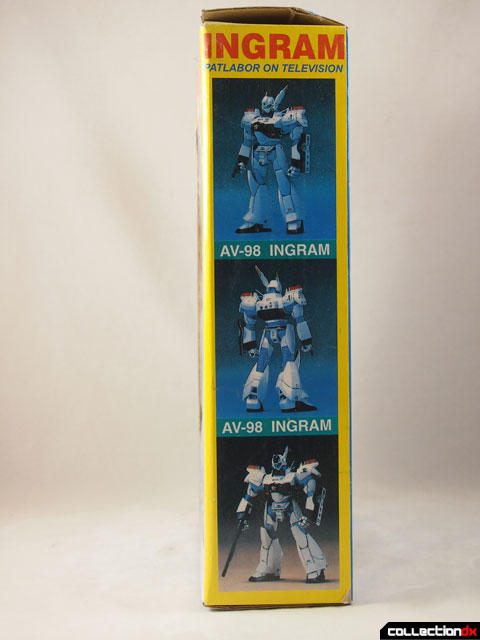 Everything you need to know about this toy is spelled out on the back of the box in glorious engrish. 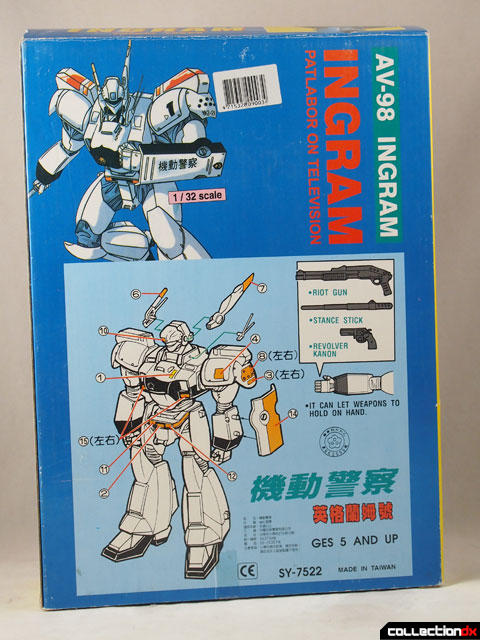 "IT CAN LET WEAPONS TO HOLD ON HAND" 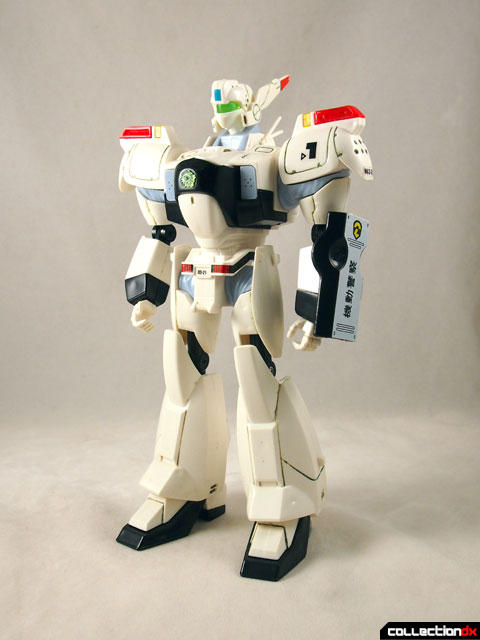 Despite all this the toy is actually half decent. It looks good on the shelf and strikes a dramatic shillouette. 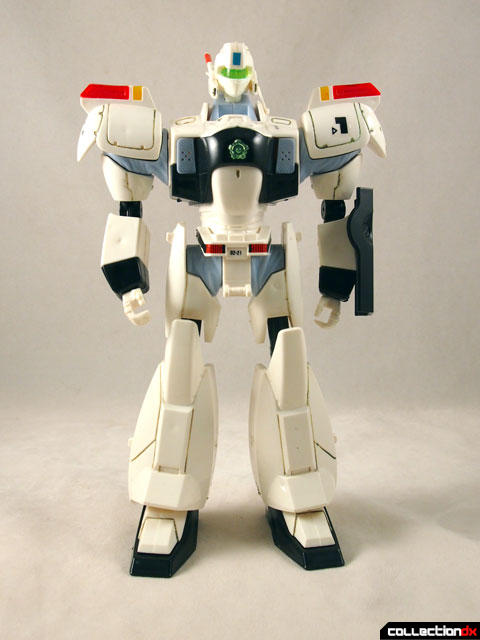 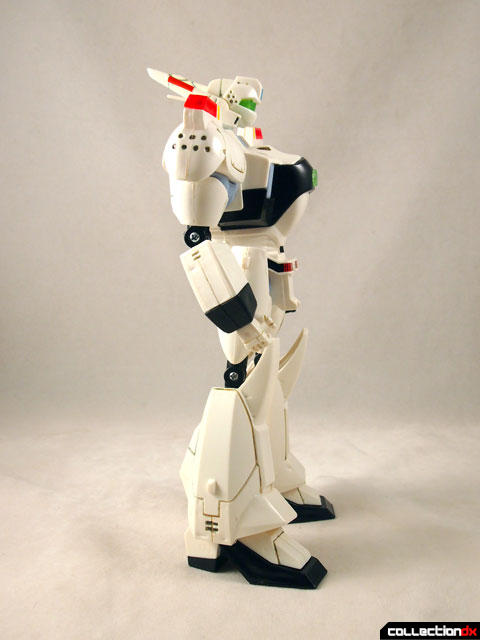 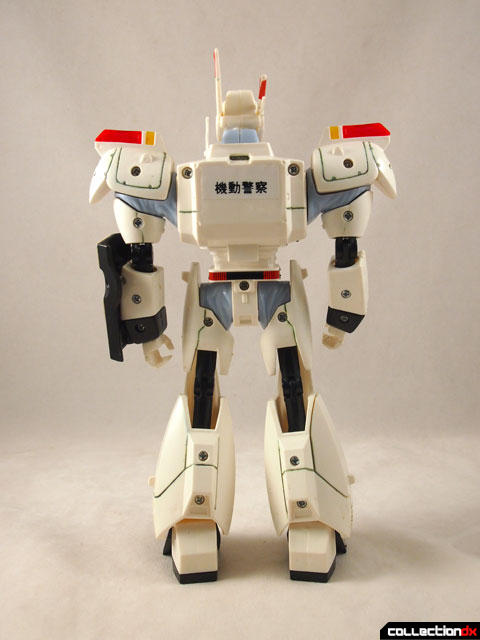 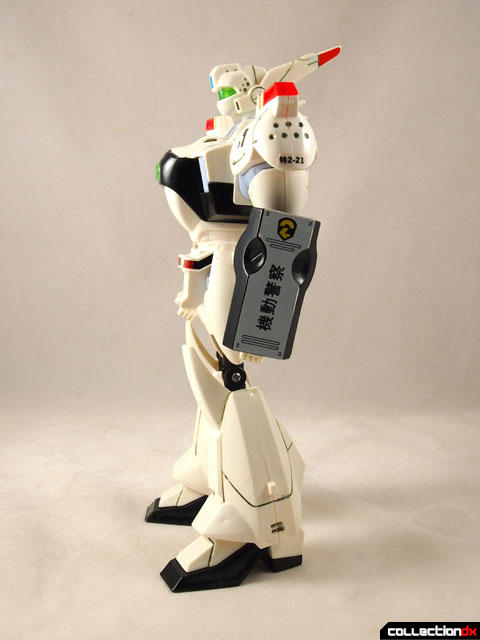 If anything, the bootleg has MORE articulation than the original due to the omission of the rubber sheaths on the jointwork. 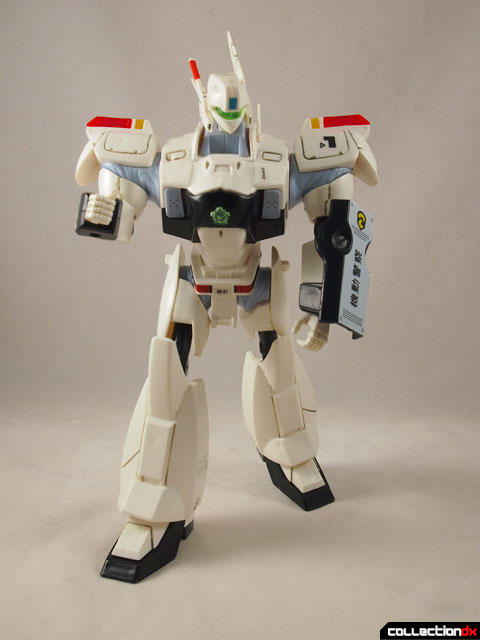 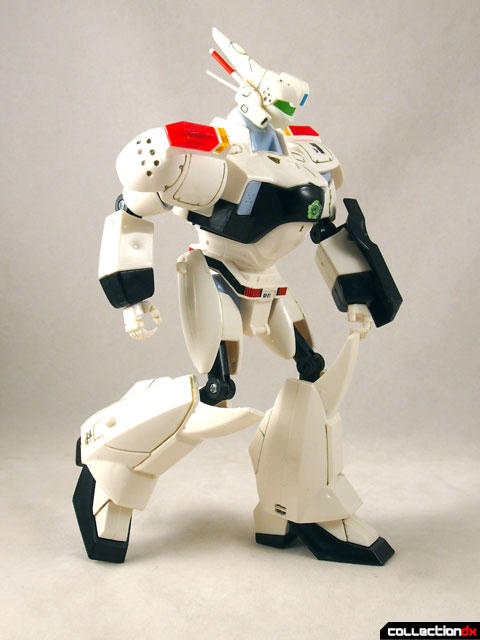 The panel on the leg opens to reveal storage for the REVOLVER KANON. 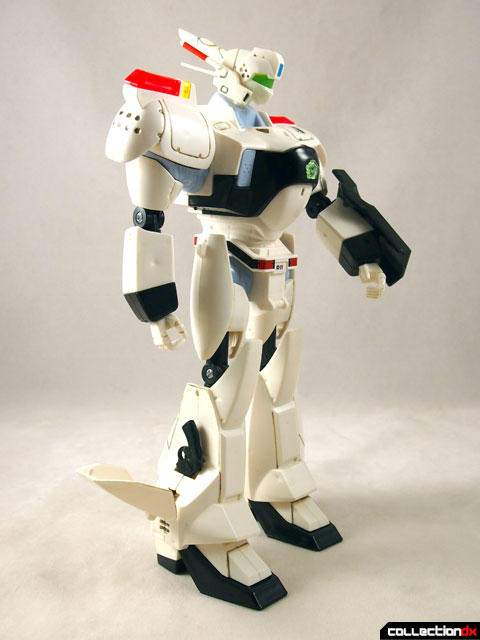 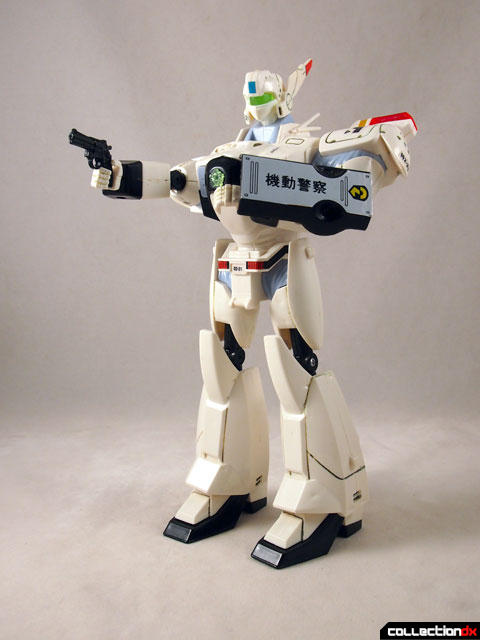 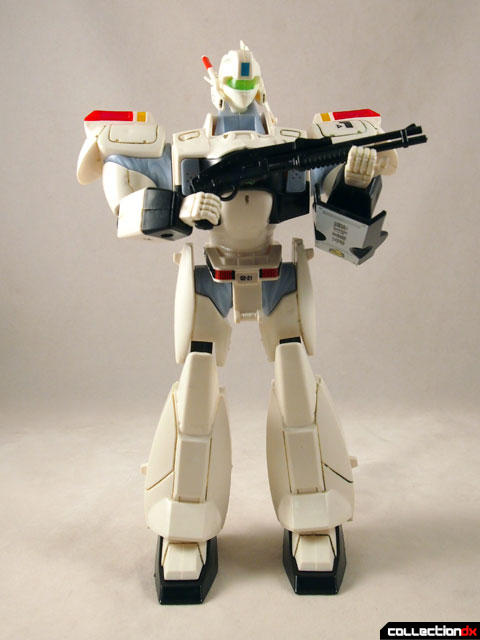 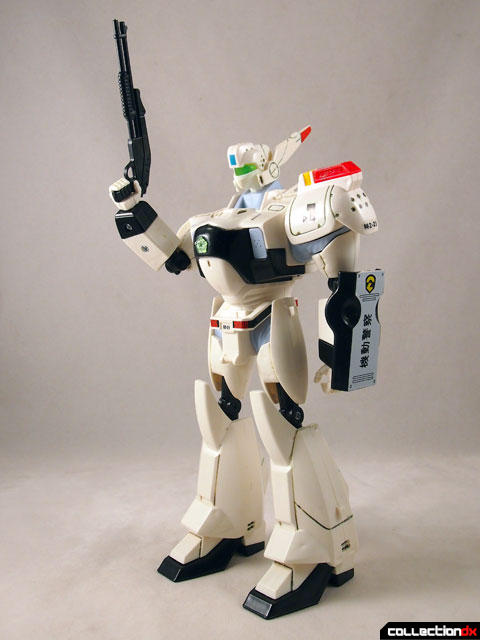 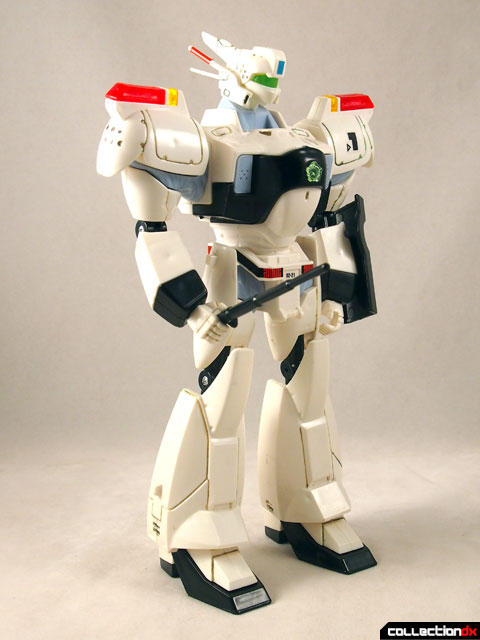 I ended up selling this bootleg for just a few dollars on ebay, but what it did for me was kindle the desire for the actual DX AV-98 Ingram. I mean, I've got pretty much all the others. 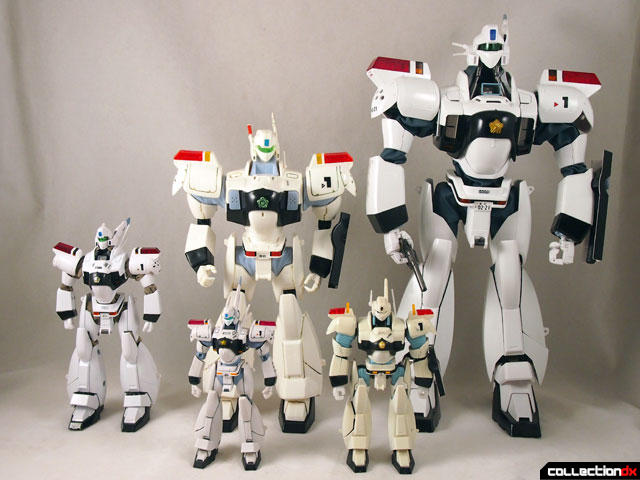 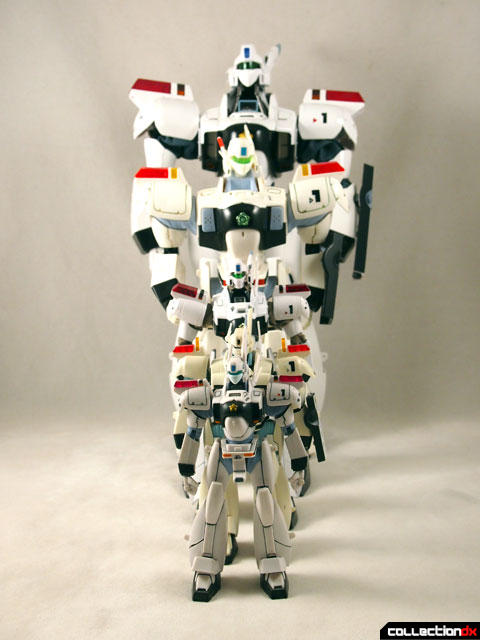 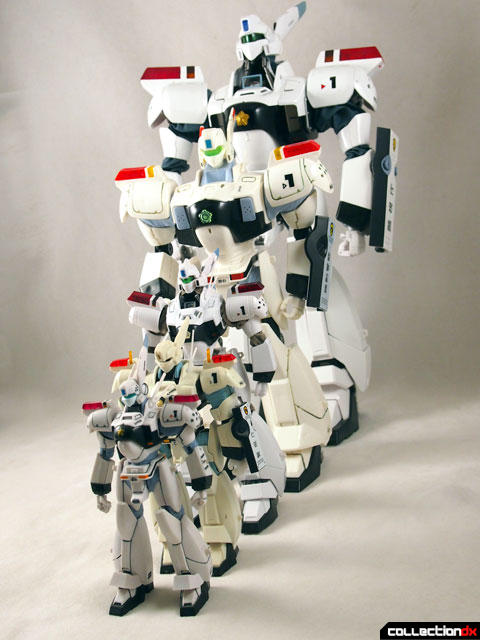 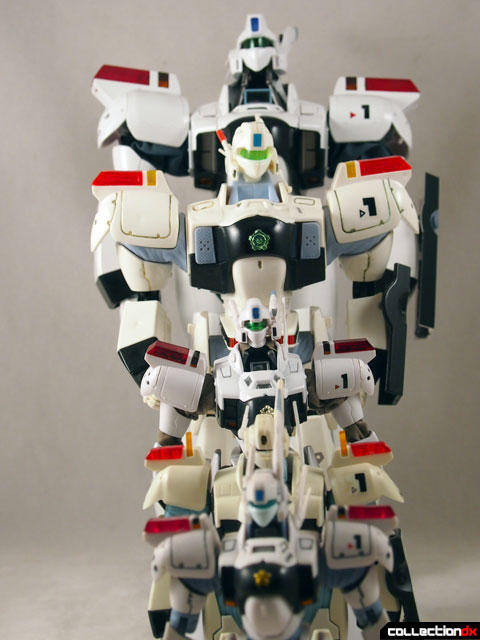 I'm interested in posting a review on CDX, but I don't know how. Do you need permission from an administrator or something? Thank you.