Landbreaker is on of the Mega Box transforming cube toys, an offshoot of the Beast Box line from 52toys. It's the predecessor to Deep One, reviewed here previously.

the toy consists of two cubes that can become individual construction mecha, and then combine into one larger mech.

The reason these caught my eye initially was that my friend Mechazone did the artwork for these packages! They look astounding, and really capture the look of the toy in a dynamic way. I'm not saying I bought it for the art but... well it was a big factor. Turns out the toys are great too! 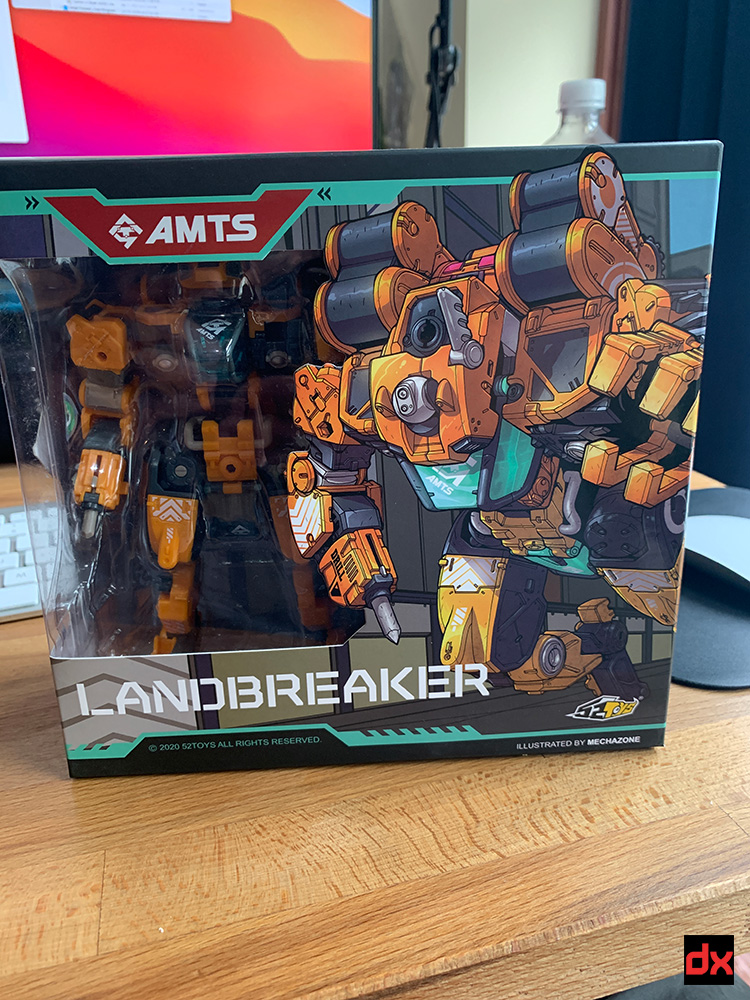 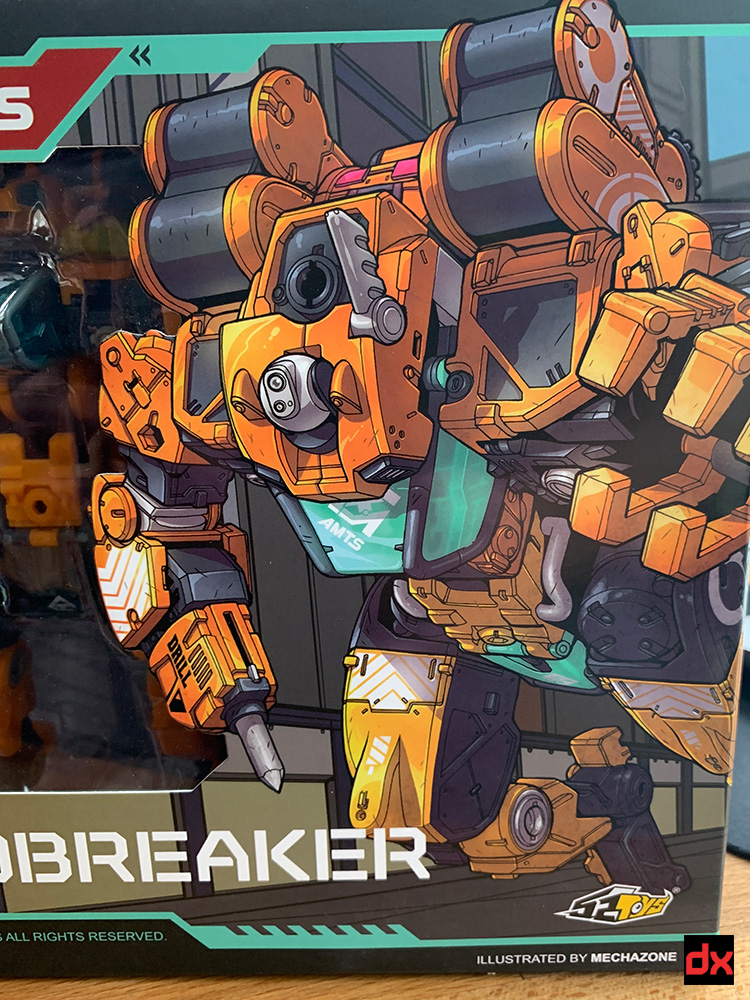 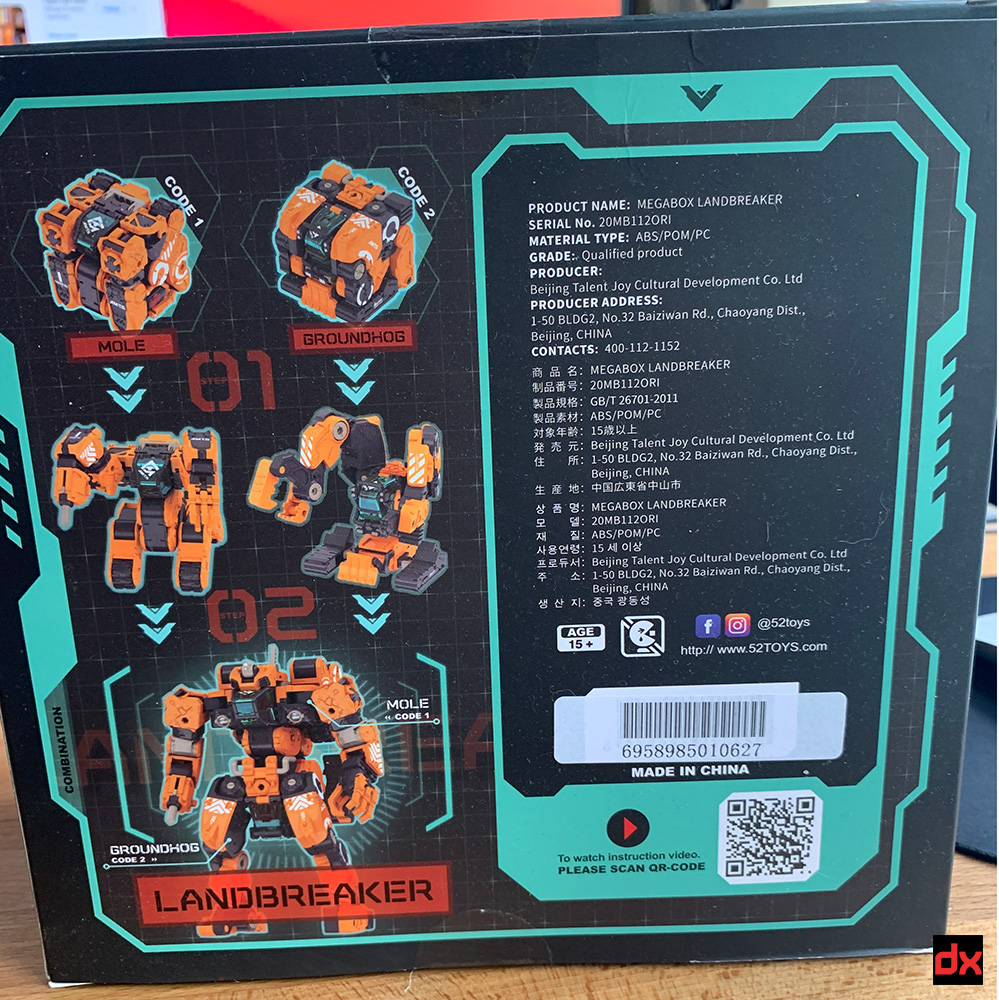 As the toy is packaged in robot mode, that's where we'll start. 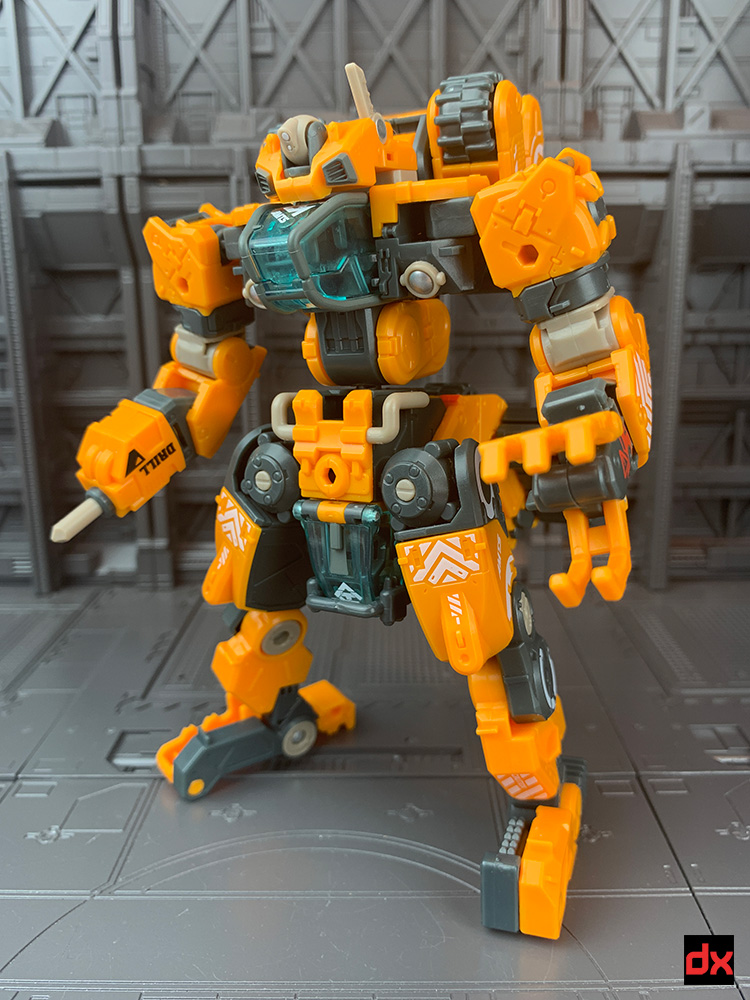 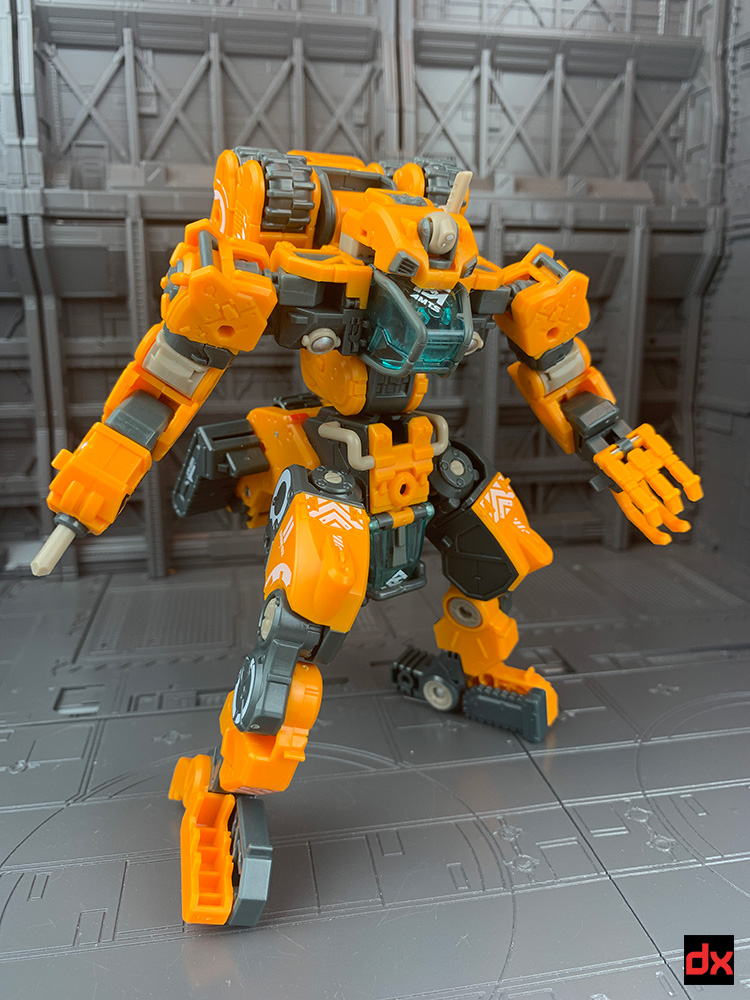 Combined, the toy stands 6 inches tall and is reasonably priced at $45.99. This is one of the benefits of not having to pay licensing fees to another company - you can sell the toy at a lower cost because as the manufacturer you don't have to figure in licensing fees into your cost. 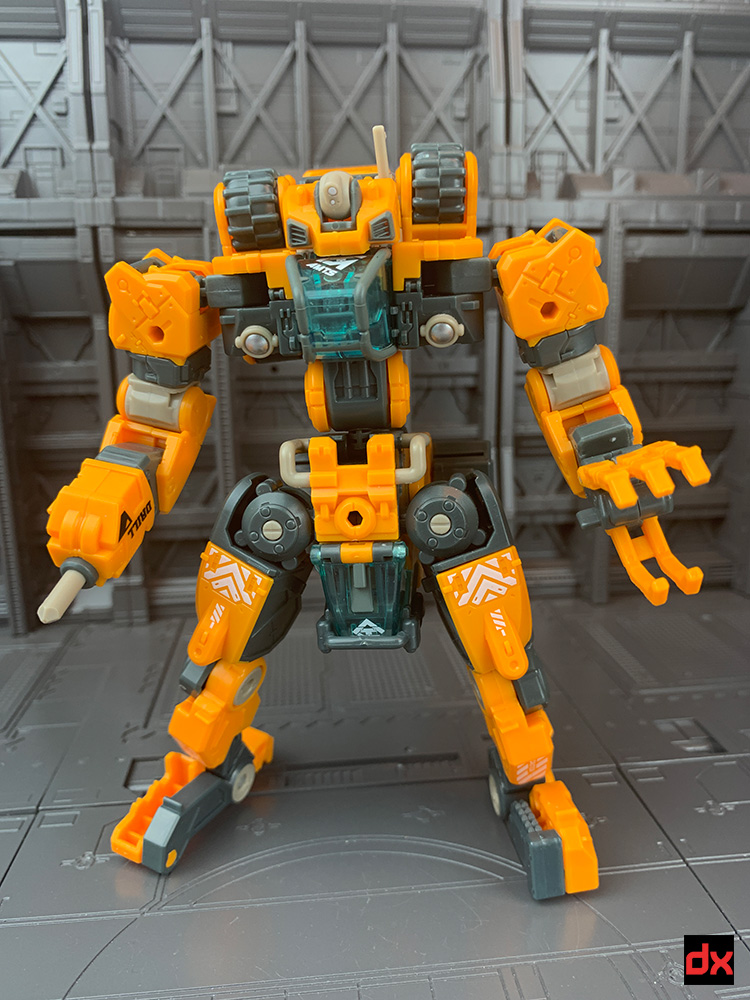 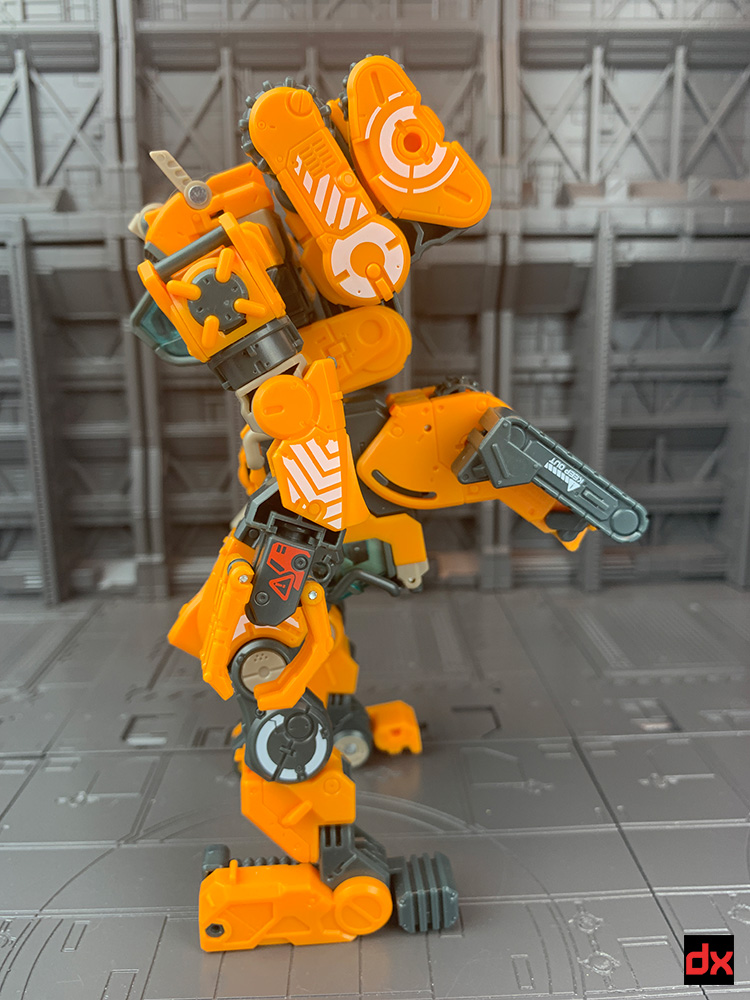 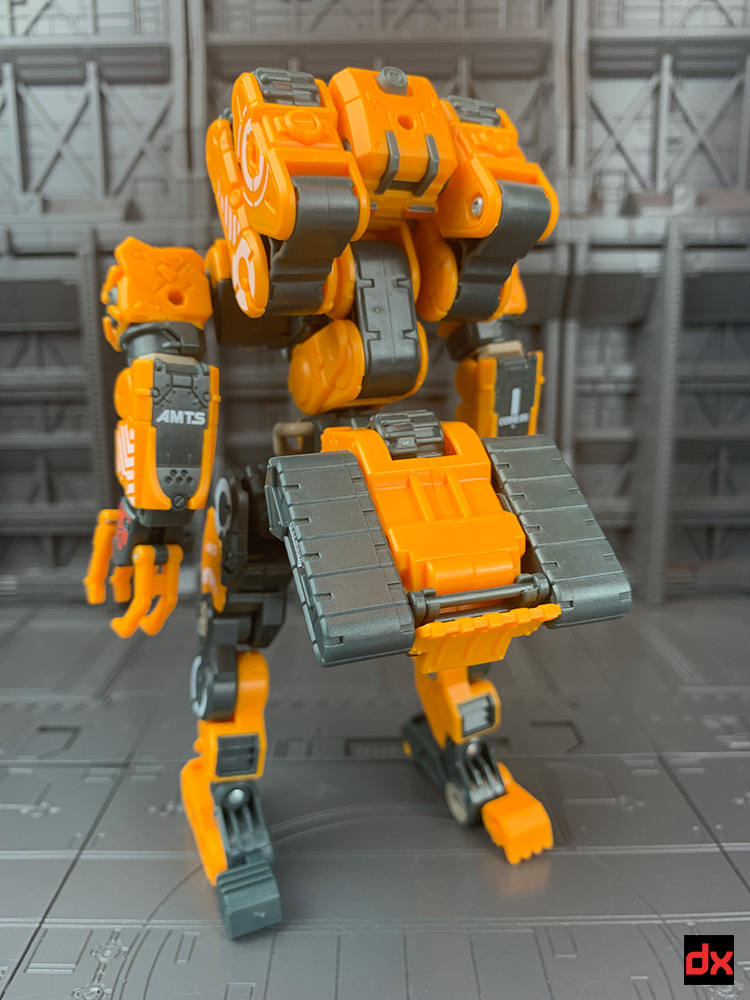 Where to start with this guy? He's all kinds of awesome, and super poseable. I'm not even going to bother trying to count the points of articulation. Most of the joints are nice and tight, with the exception of the right shoulder for some reason. 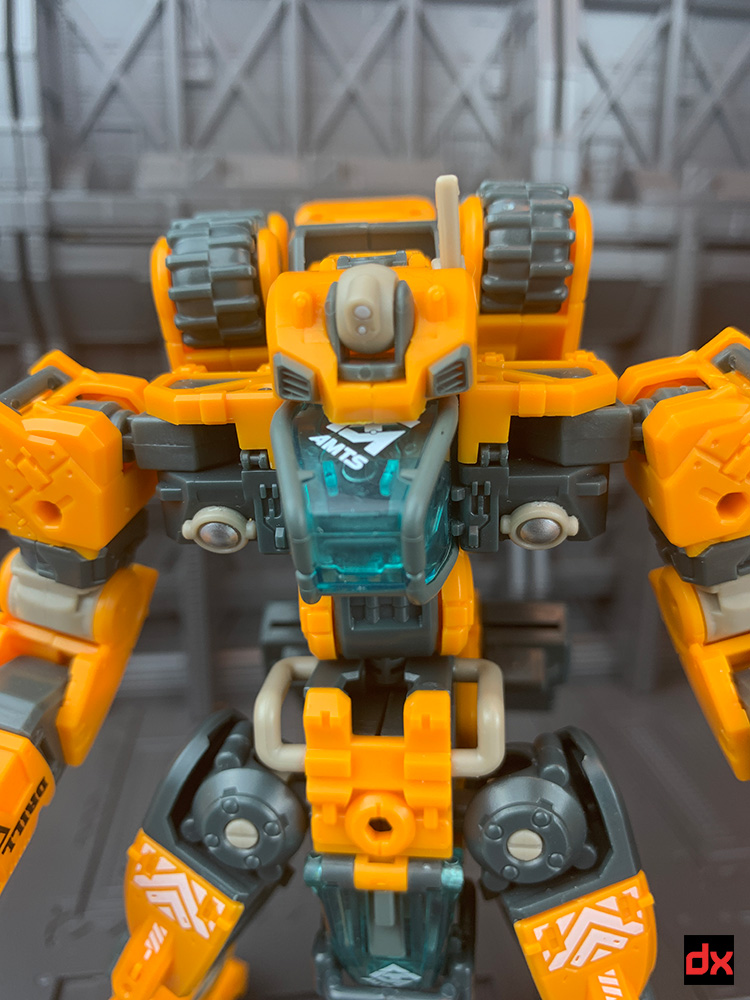 That little ball up top is technically the head I think? It rotates and moves up and down. The antenna behind it can be up or down as well. 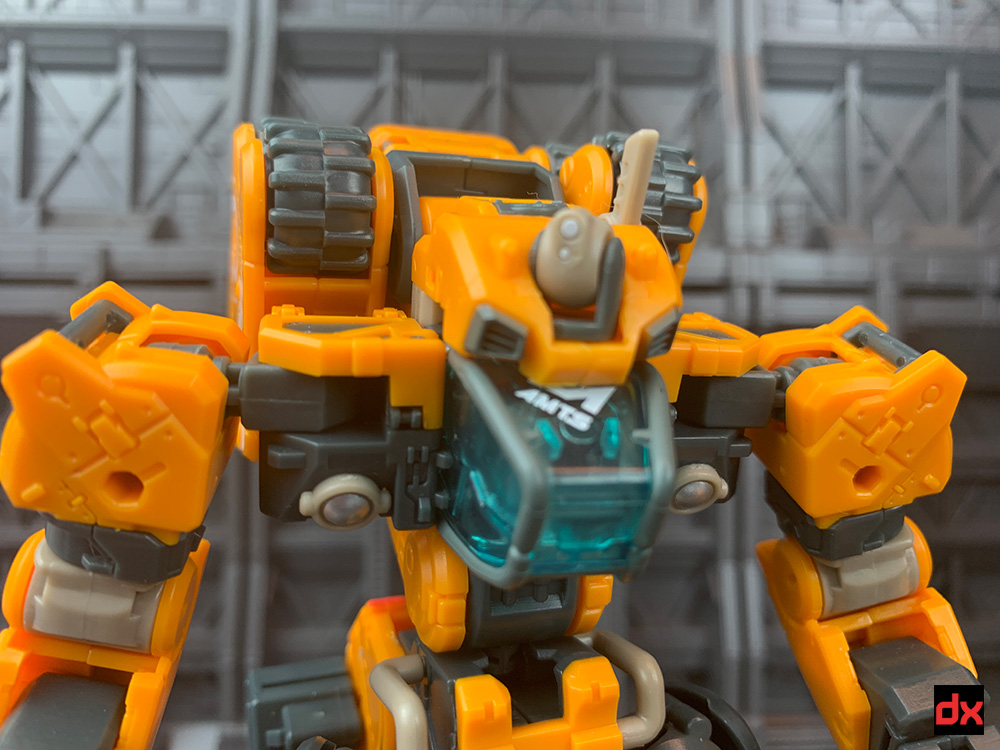 Great tampo-printed details all over the figure. 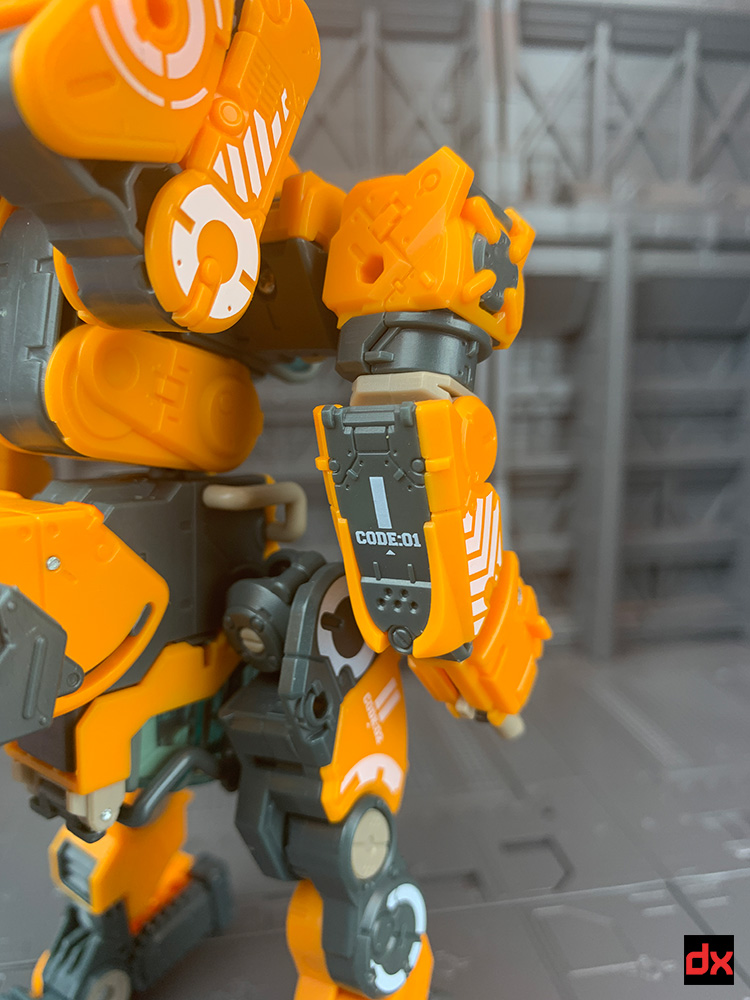 The right arm has an extendable spike. I assume this is used to break down materials like stone and concrete. 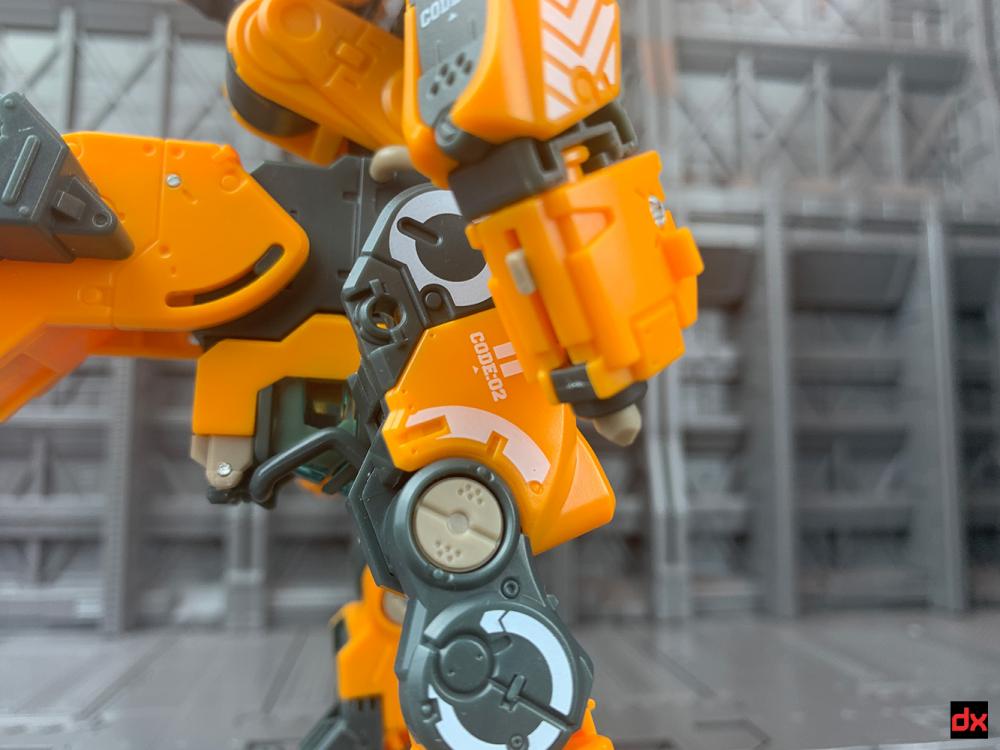 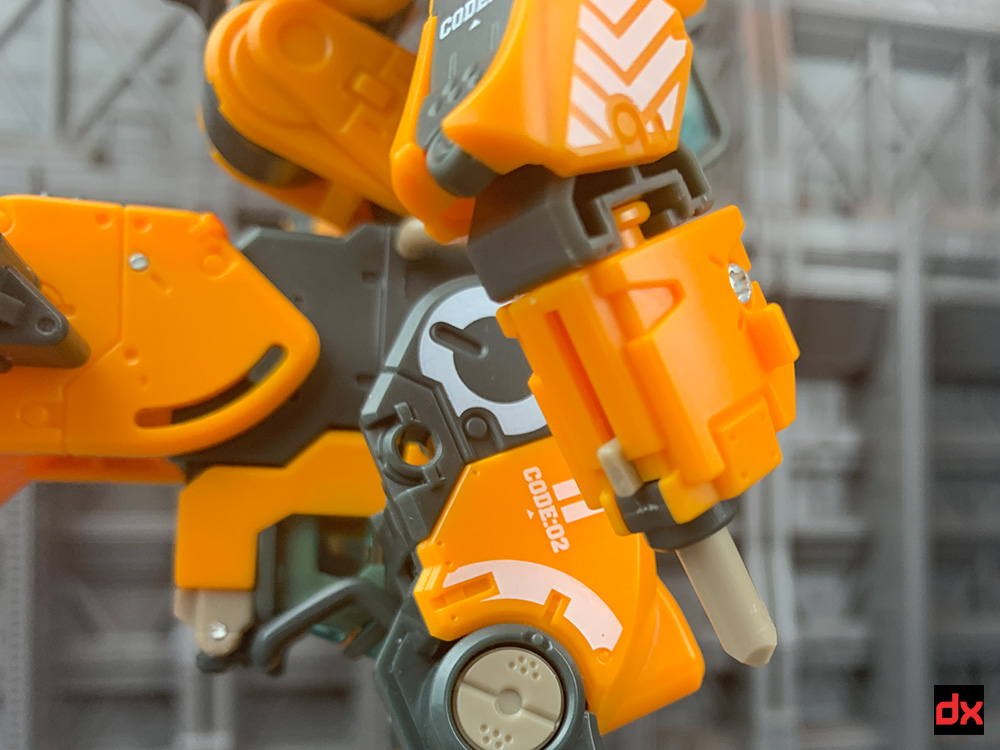 The left arm has an articulated claw at the end of the arm. 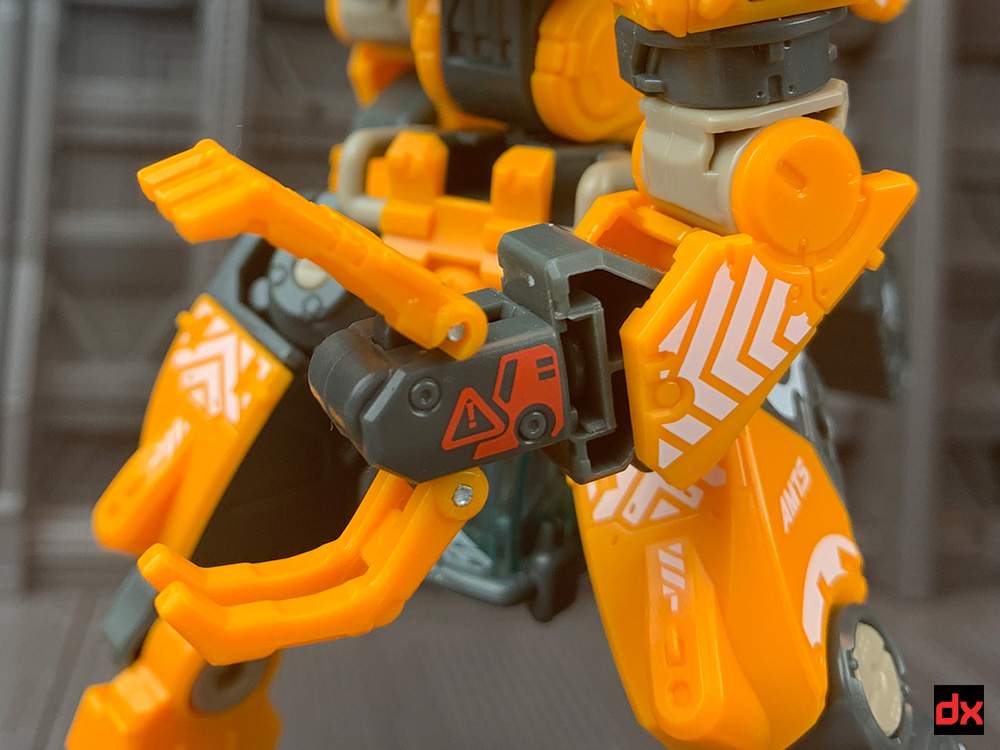 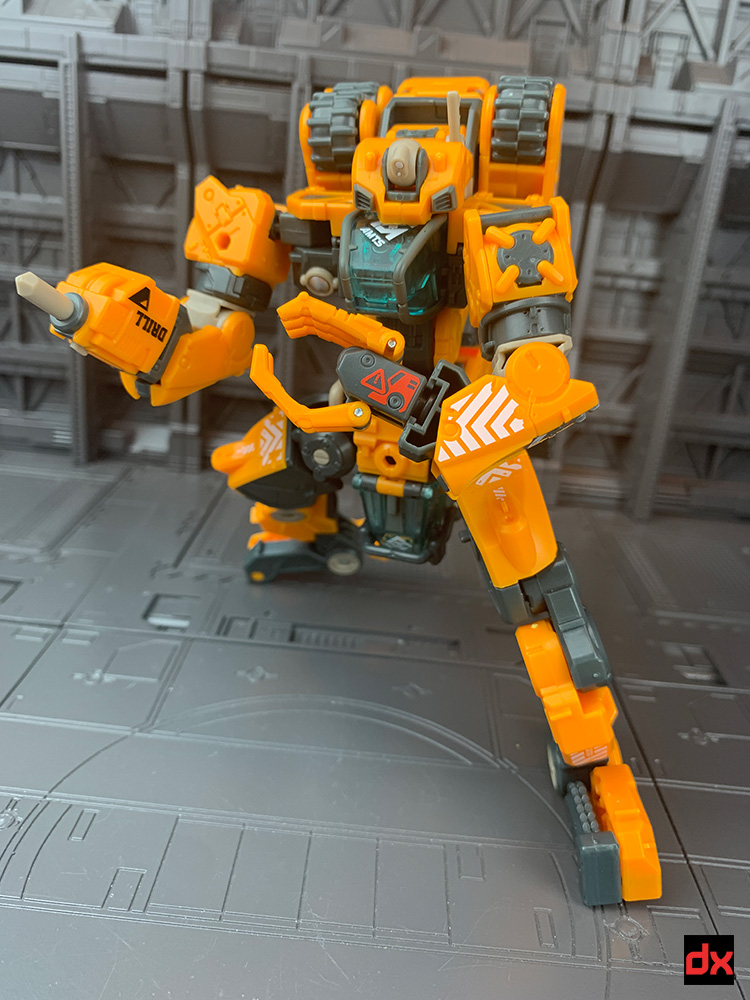 In this mode you can open the main cockpit. It's scaled to fit a Dianaut figure from Diaclone. 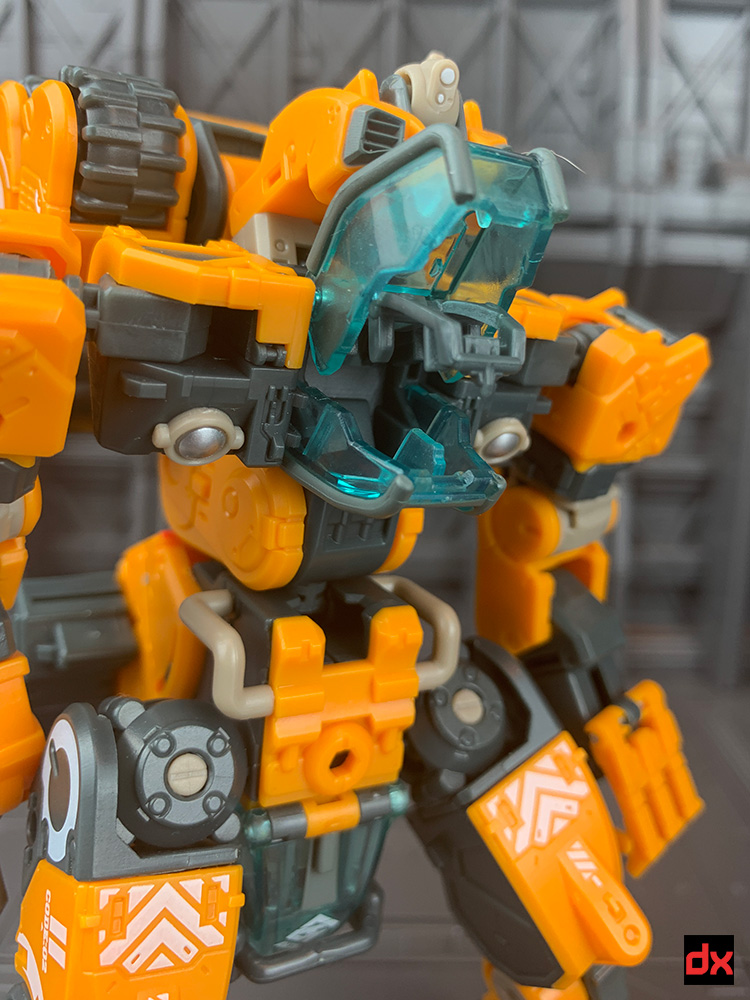 The two sections separate at the waist and are held together only with a pin. The limbs are also removable and are swappable and interchangeable with other toys in the line. 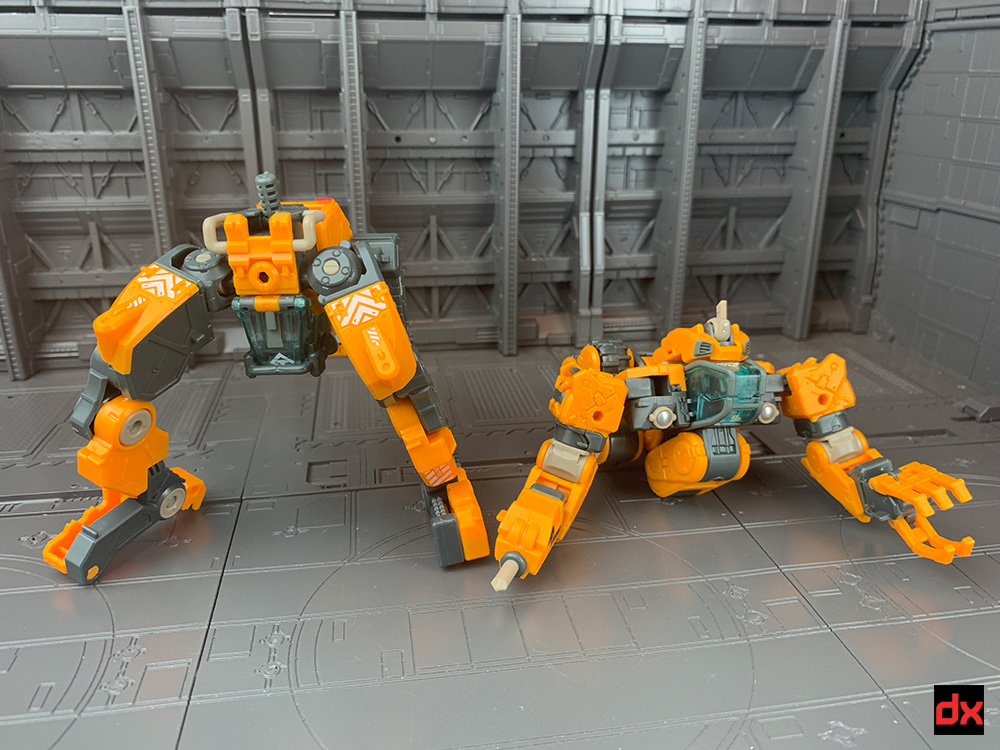 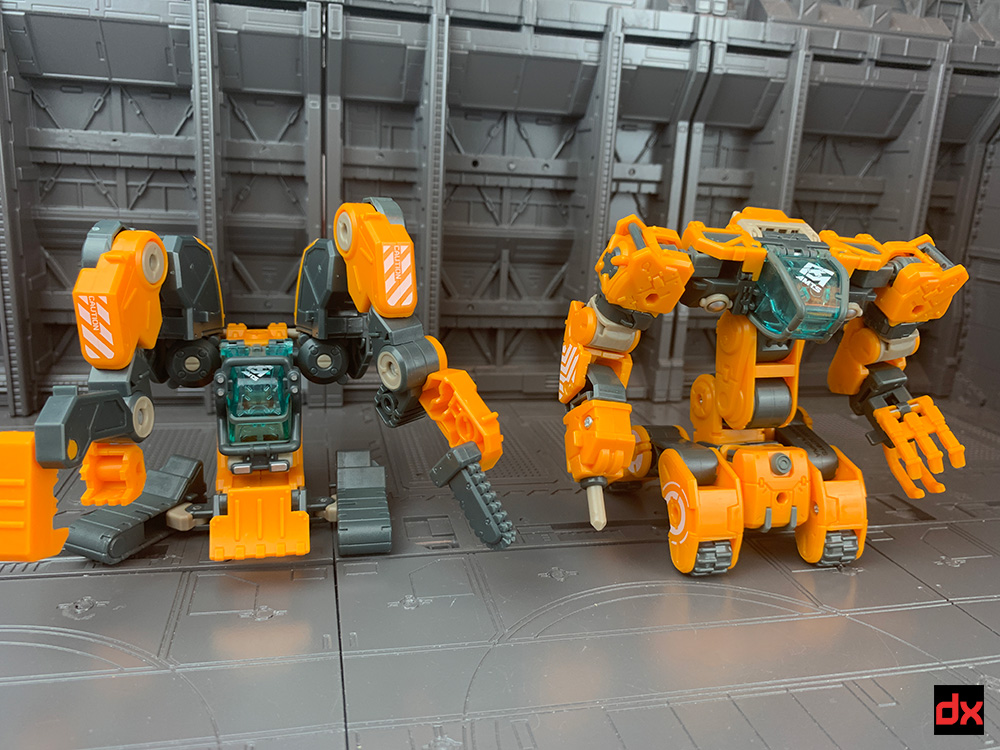 Unit 01 is called the Mole. It moves around via articulated wheels. 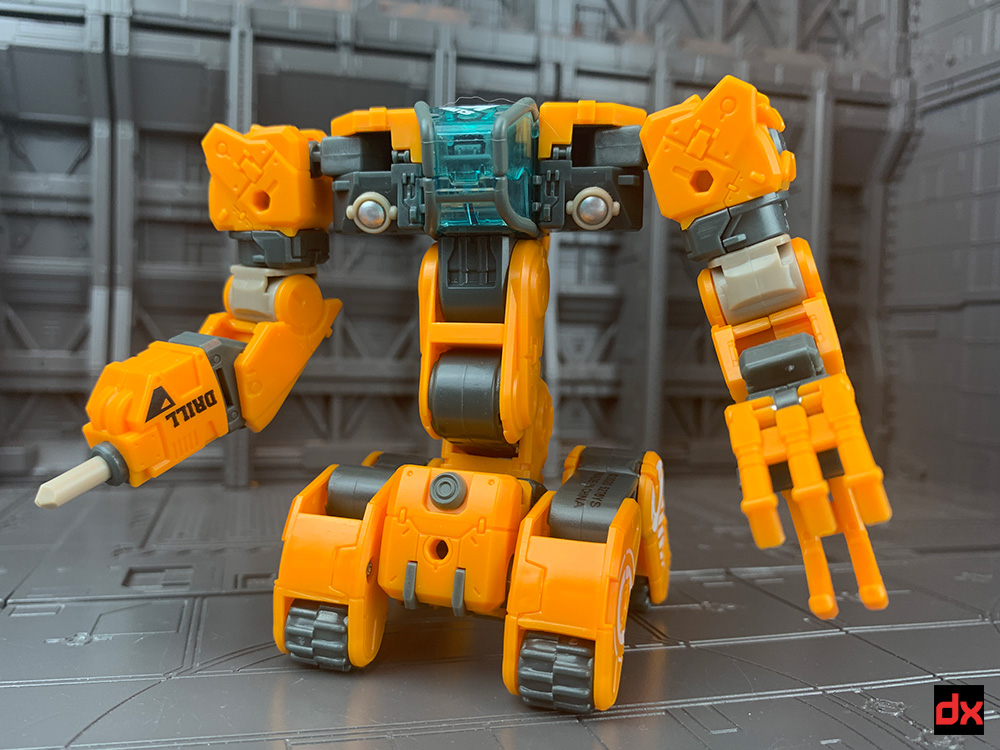 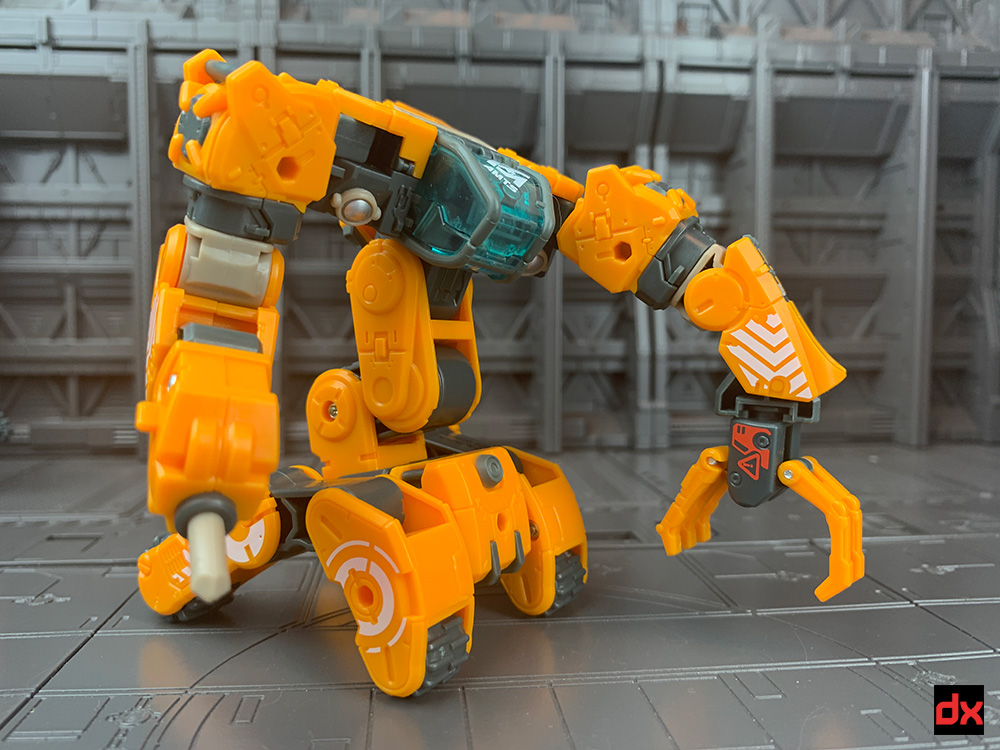 Unit 02 is the Groundhog. It has non-functional treads but features a grabbing hand, a chainsaw hand, and a plow! The cockpit opens here as well. 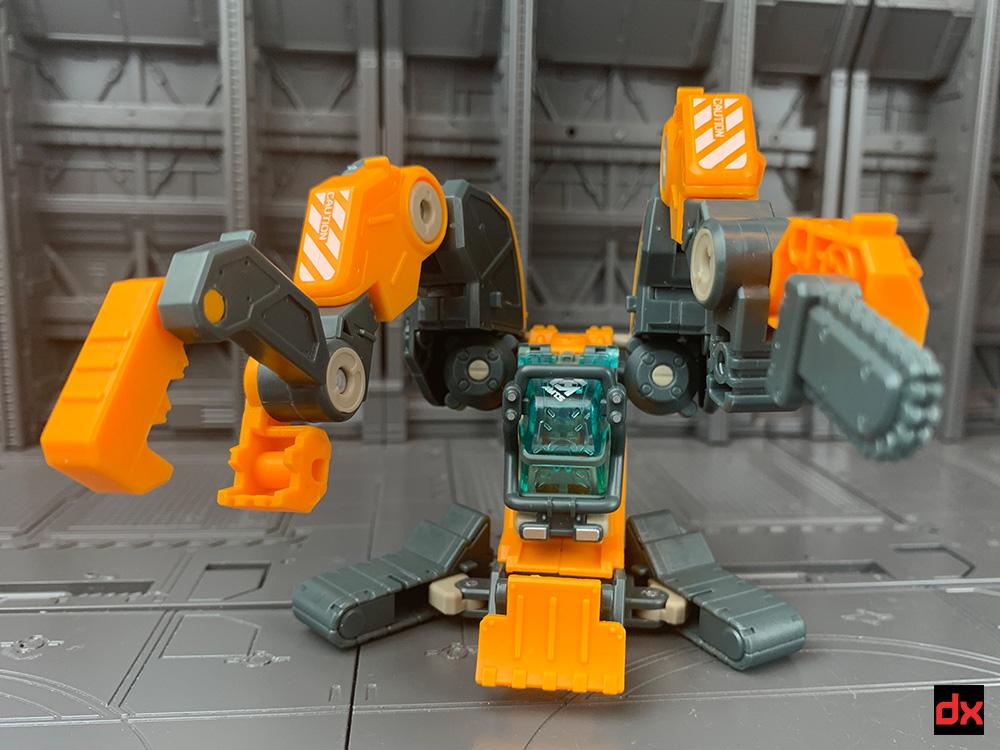 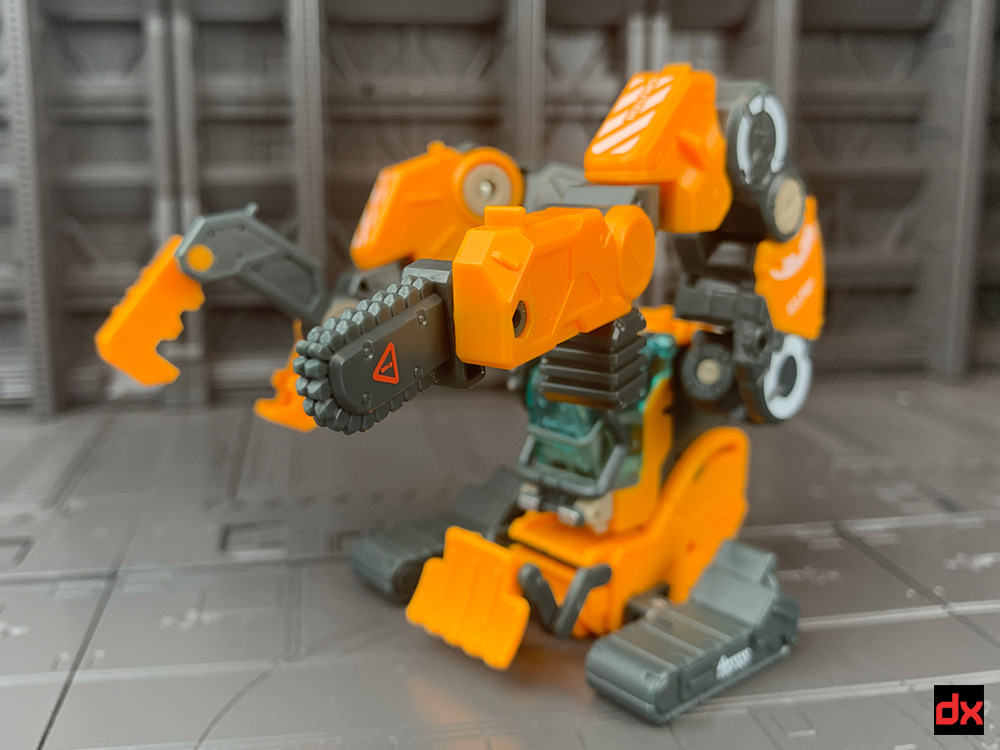 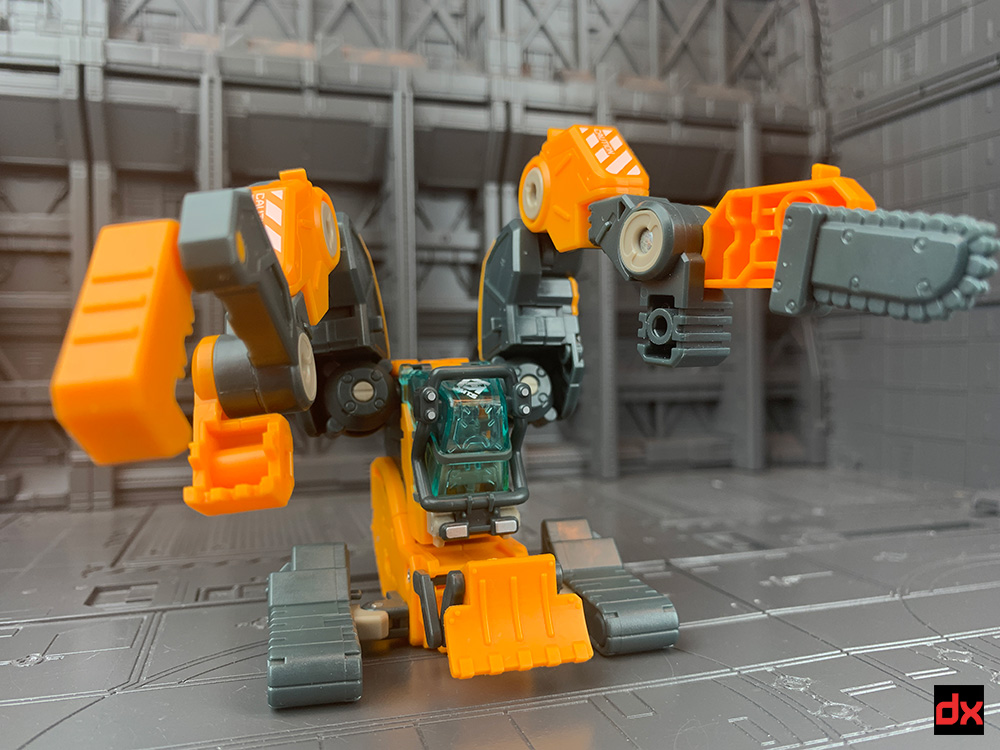 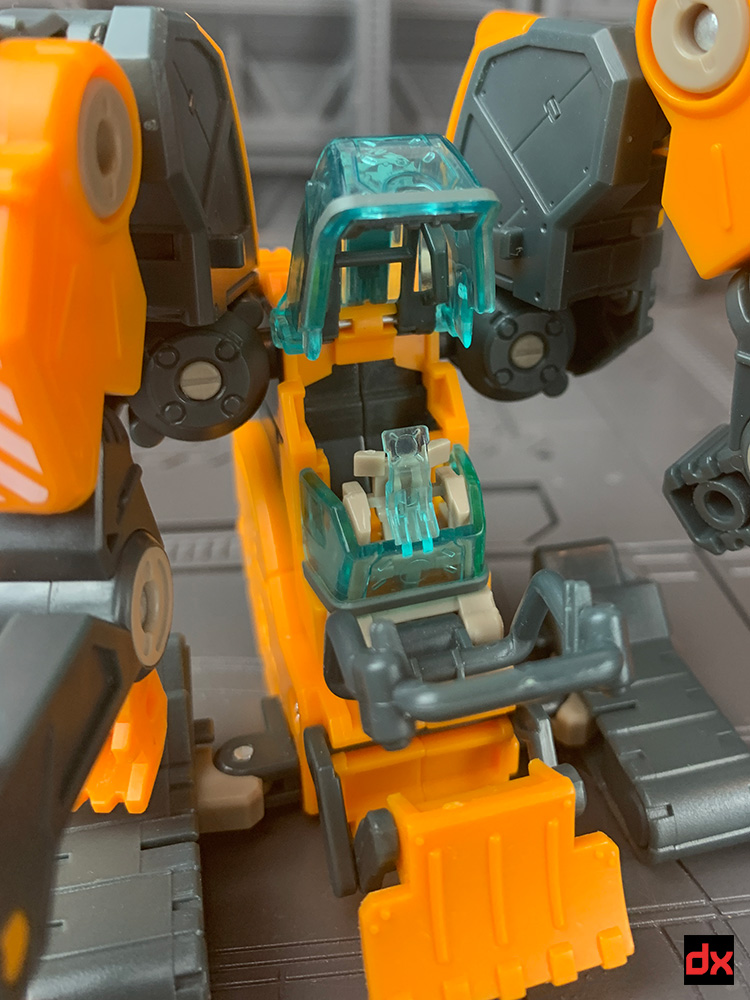 Each unit then folds into its cube shape, with tabs to lock the parts into place. Each then can fit into its clear, stackable storage cube (not shown). 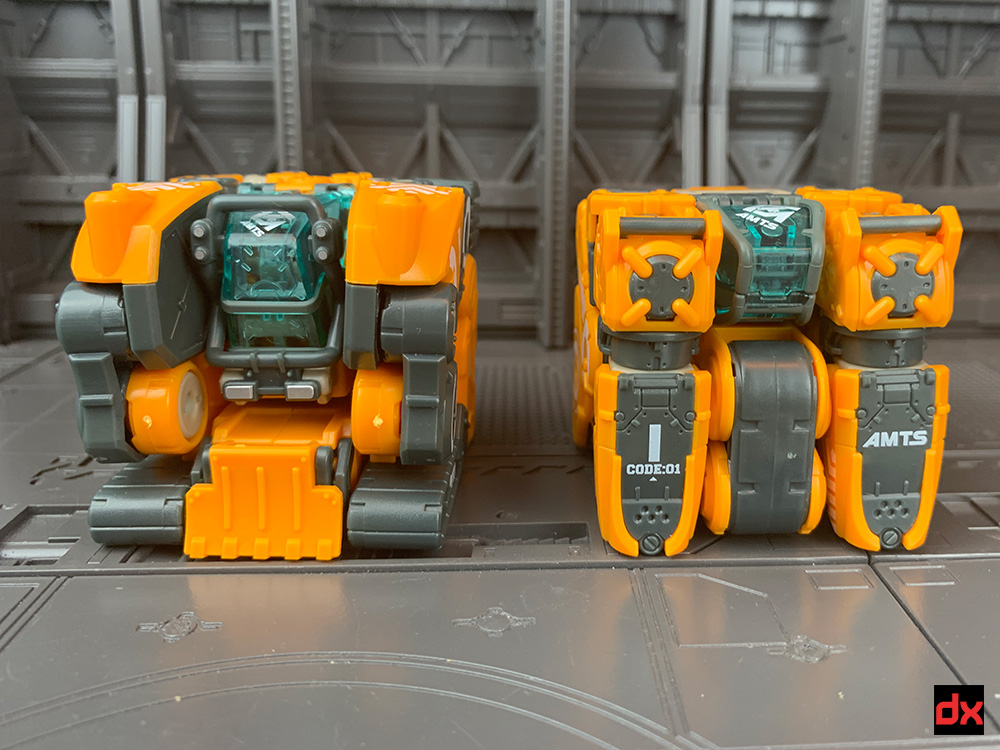 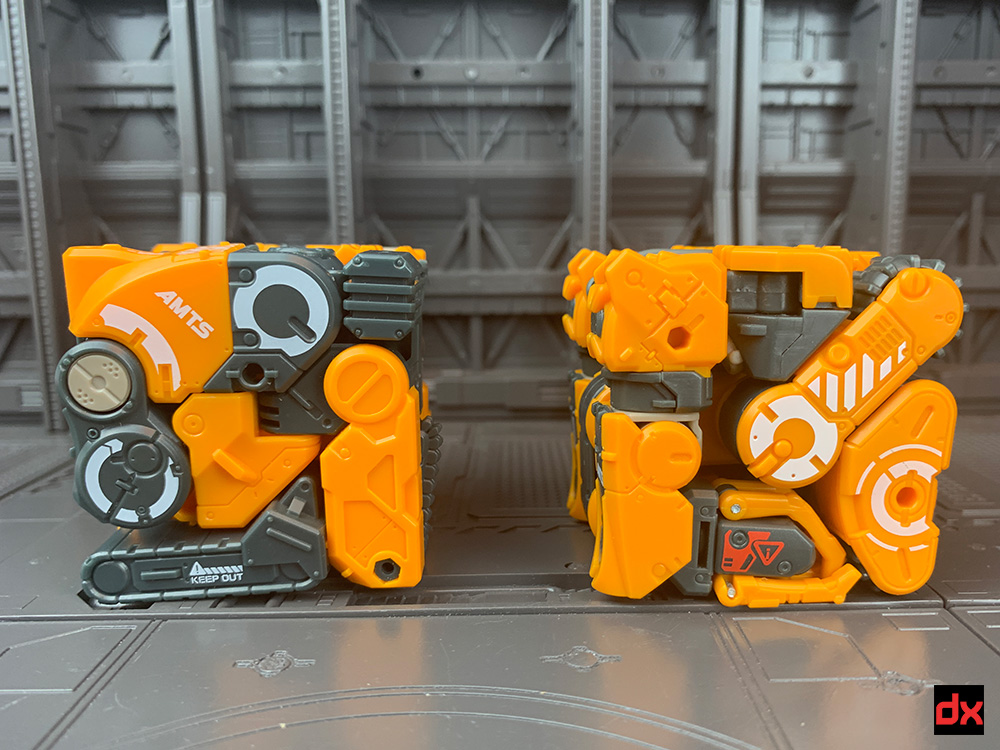 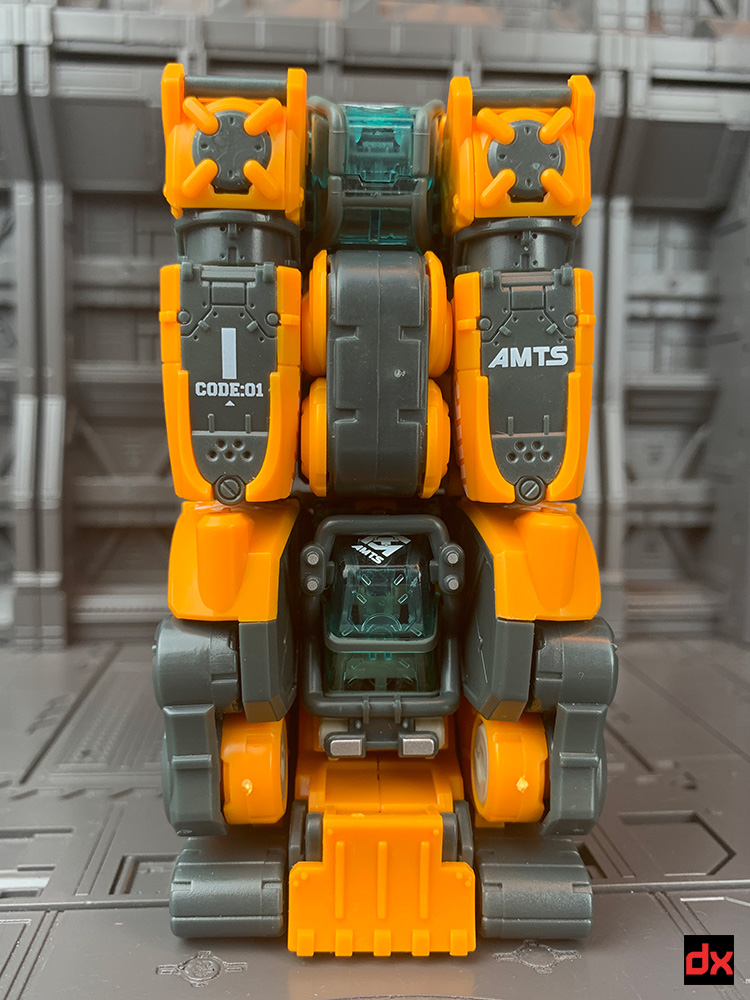 BONUS - I swapped the limbs around and made this form. 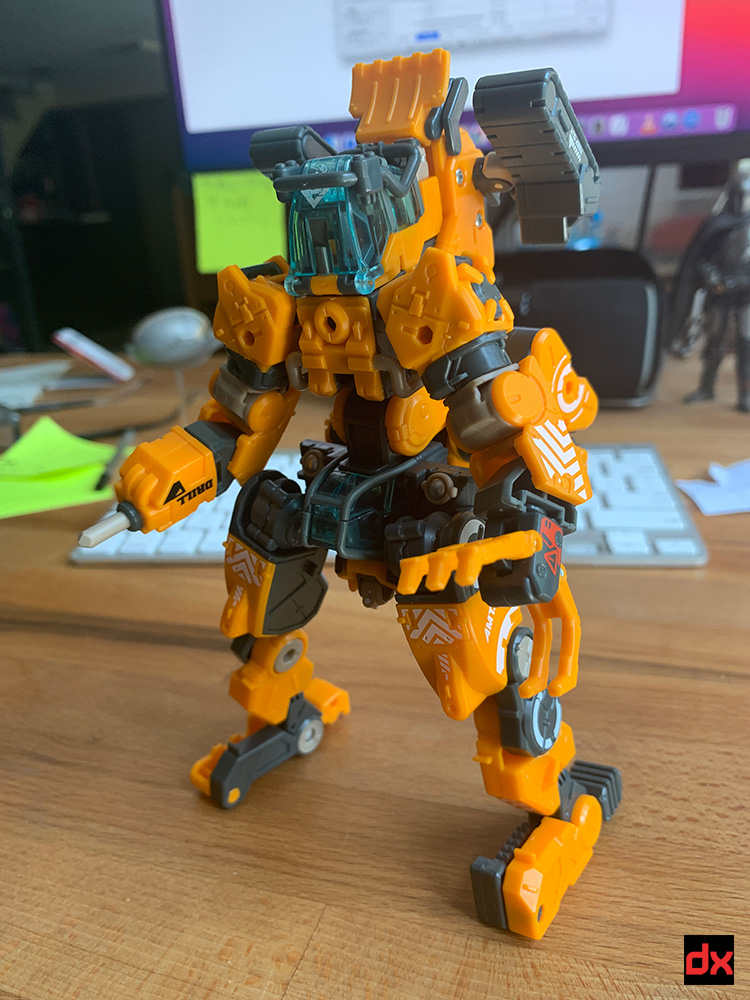