For the 40th anniversary, Corgi released two versions of the Enterprise and a Klingon Bird of Prey.

This is the release of the Enterprise-D. It came in a blue box that, when the cover was removed, the base folds out into a history of the ship. 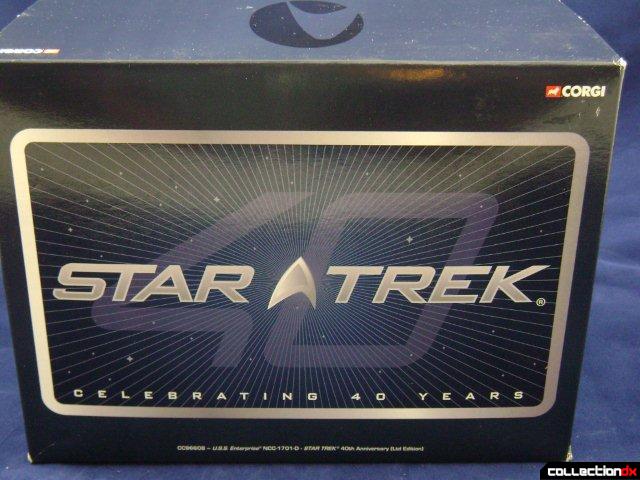 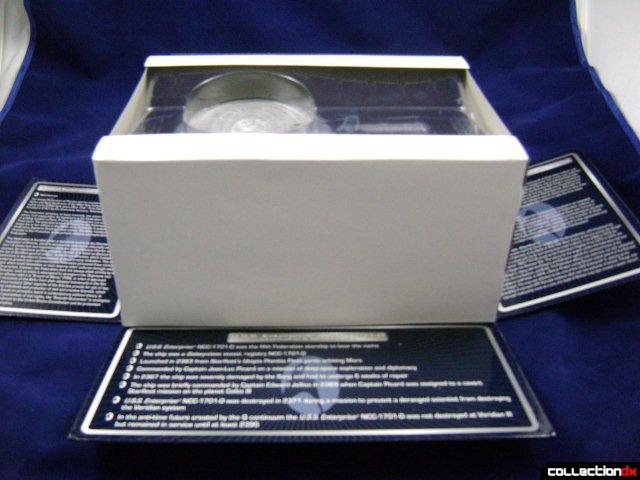 The packaging contains the die-cast ship, base, certificate, and light up stand. 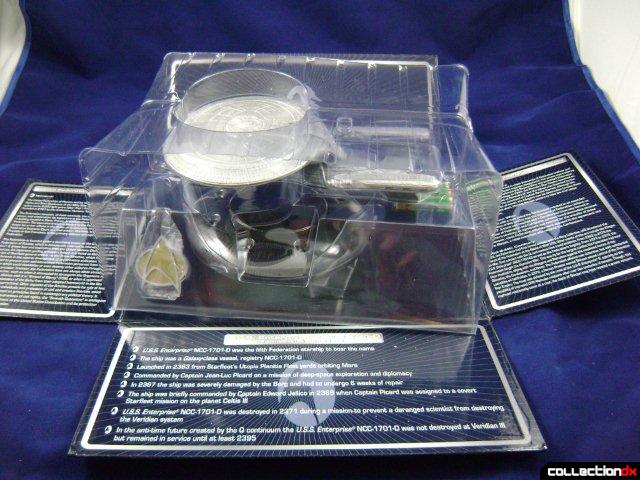 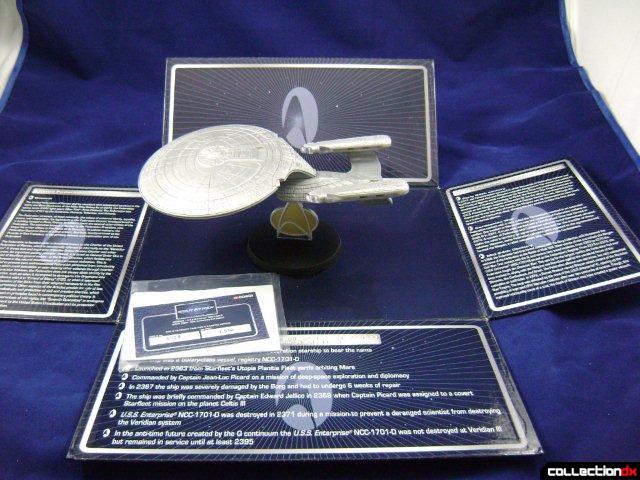 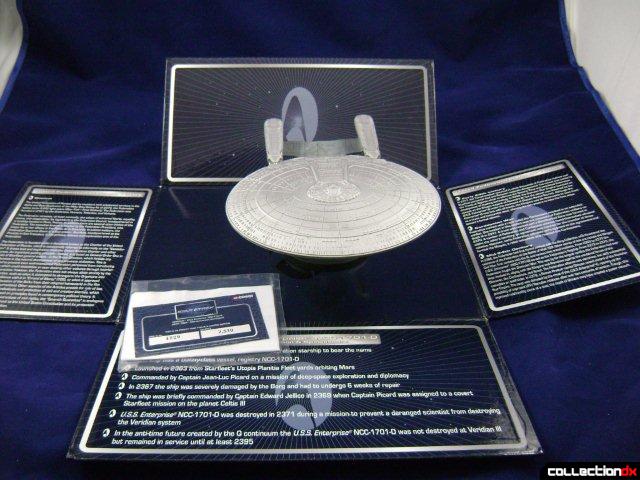 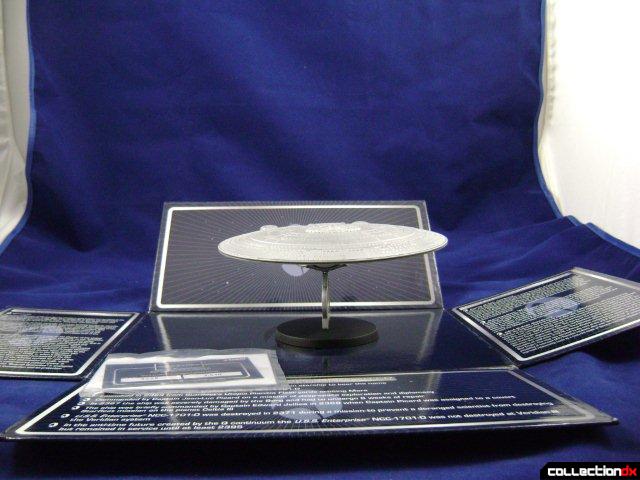 This release is totally barren, no call numbers, no paint, even the plastic pieces are clear. 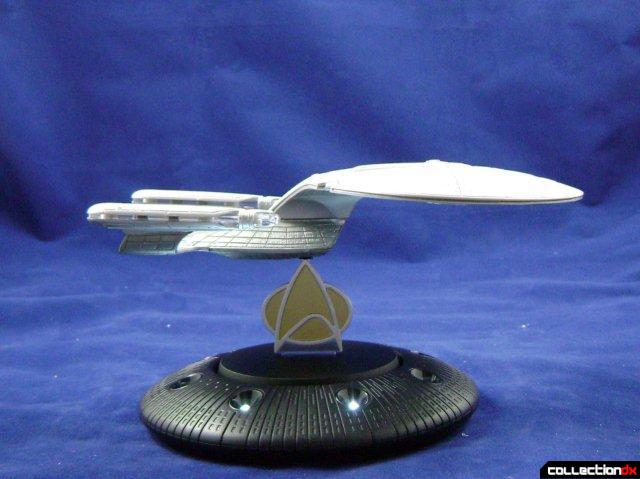 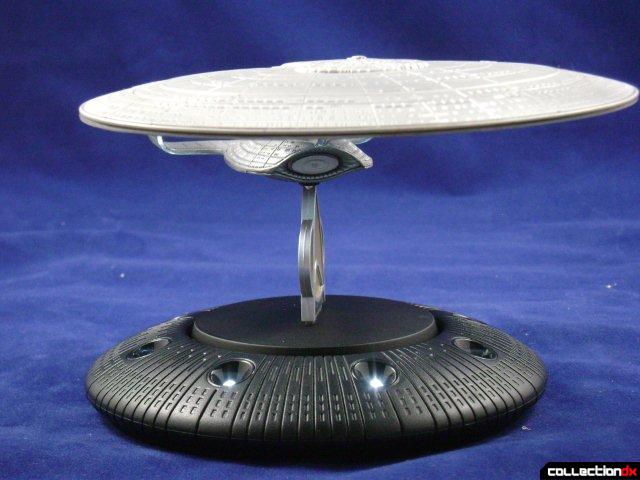 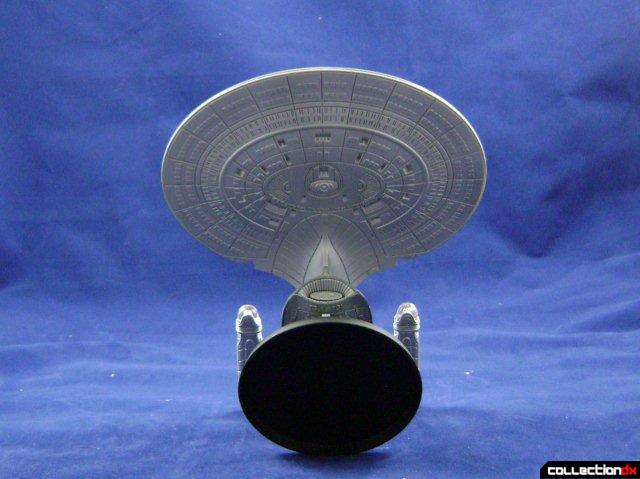 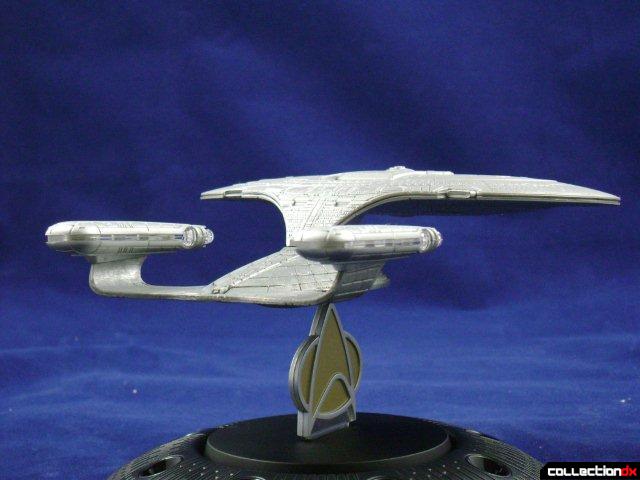 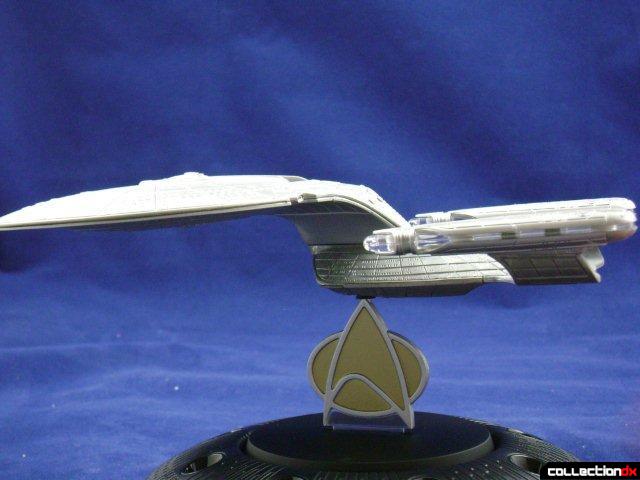 The small stand rests in the light up base. You flip the on switch and then press the button and the lights flash and fade repeatedly. 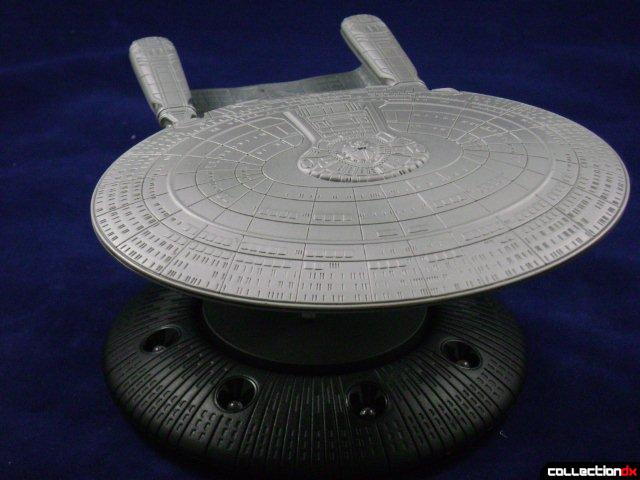 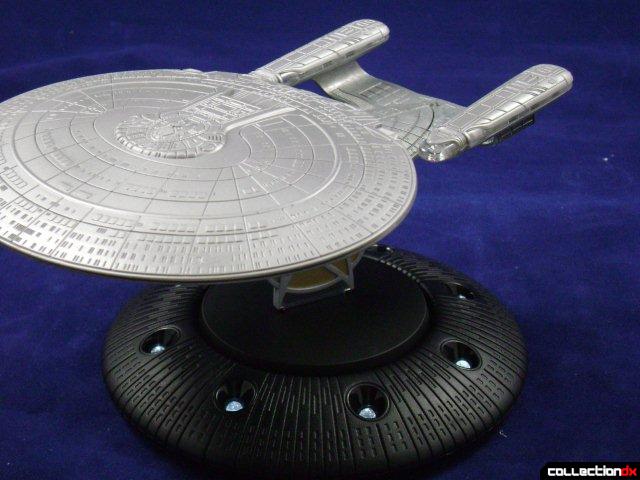 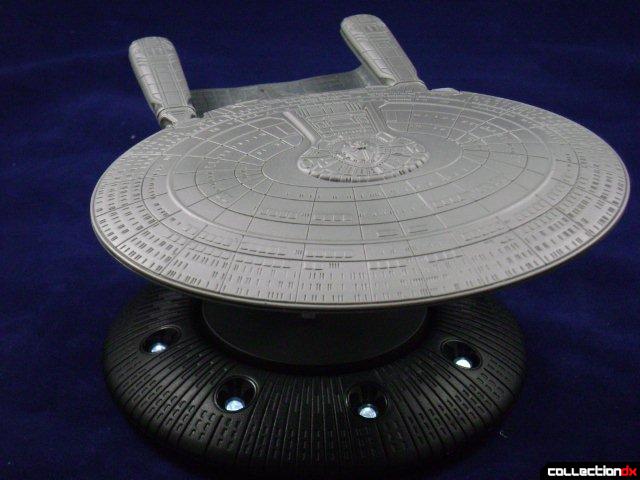 Corgi items are nicely made. I had the color versions, sans base... sold them because of their small size and I miss them. The bareness of this ship is disconcerting, but with the lights flashing, has grown on me. 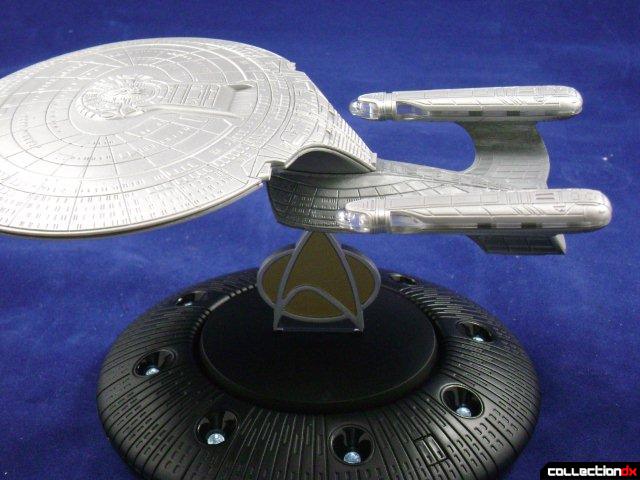 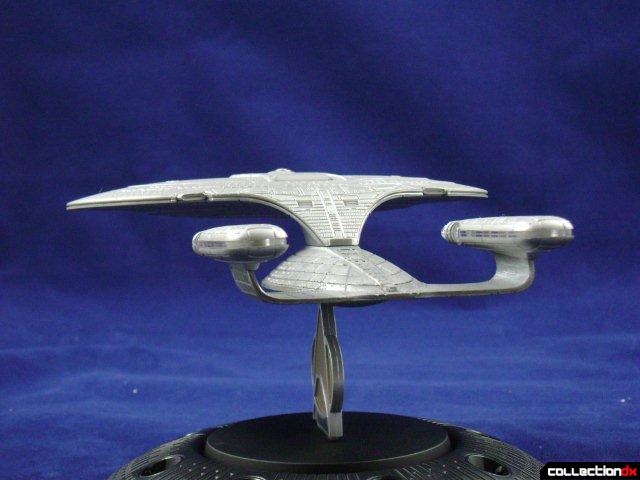 Right now you can get for like twenty five dollars including shipping, so I like it for the cost ratio. 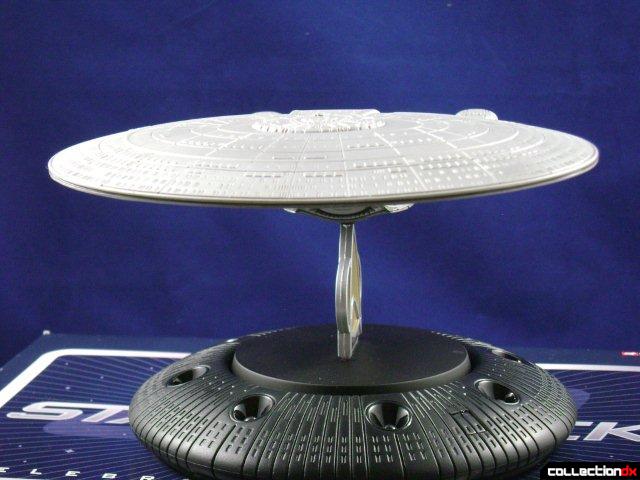 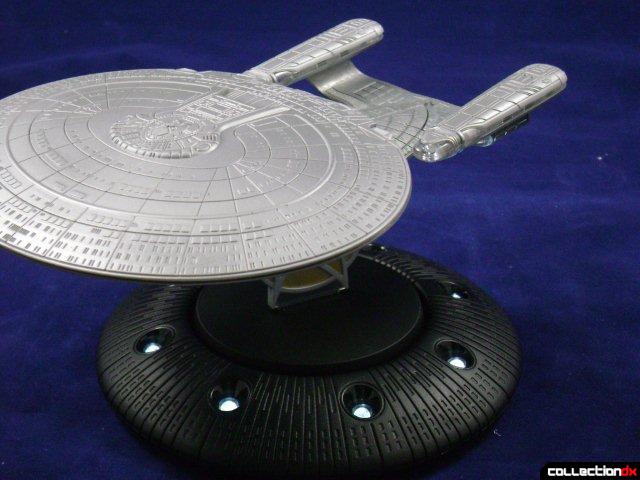 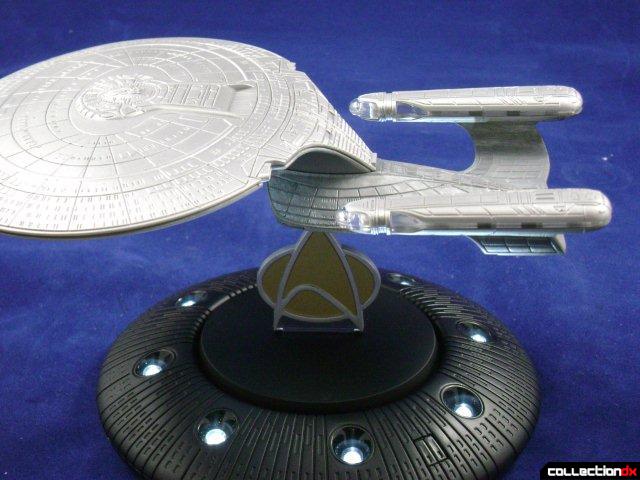 [Note: some sites and blogs says it has sound effects, there are none]