When I first heard about Tenkai Knights, I was both intrigued and curious about the idea of a transforming 2x4 brick that turned into a minifigure. So when the Tenkai Knights first came out in stores, I picked up a few of the minifigures and was pleasantly surprised by just how fun they were. It was undeniably different and brought something new to the play pattern of building toys. However, I haven't had any experience with the actual building sets for the series yet. Thanks to the fine people at Spin Masters, I have the opportunity to check out one of these sets: The 2-in-1 Volt Jet and Sky Griffin.

Let's talk about the figures first. This set comes with two minifigures: Tributon and Pivix. 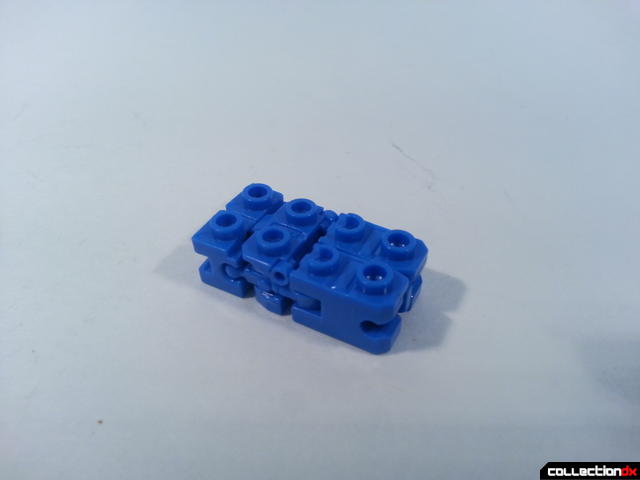 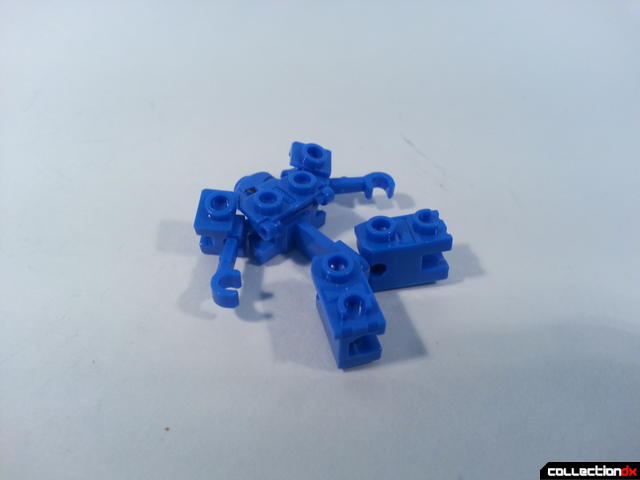 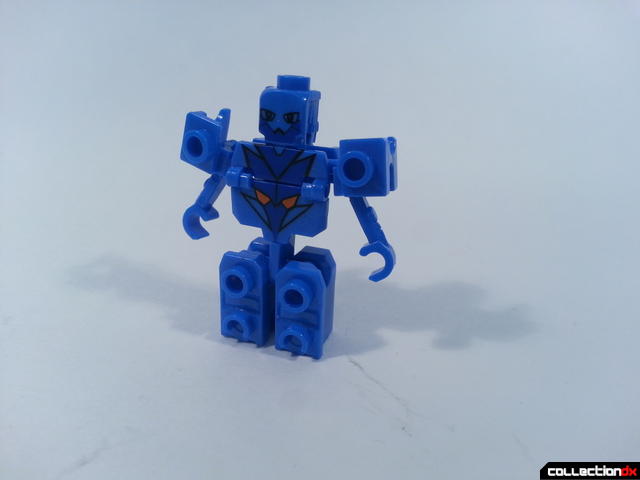 Now for those of you who don't know how these guys work, it's pretty cool. A 2x4 standard sized brick turns into a small little figure by unfurling the legs and flipping the arms out to reveal a head and chest. The base figure is pretty poseable and neat. It has ball jointed legs, arms, and shoulders. Now the first ones I had bought featured heads that could turn, but these ones seem to be locked in place. I'm not sure if that's just for me, or if that was an ongoing change. 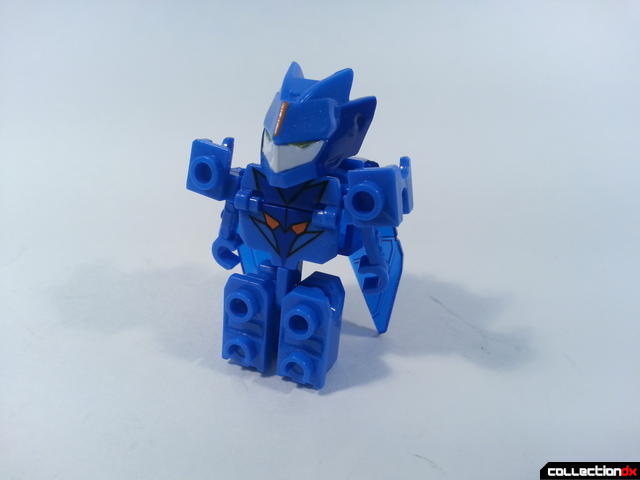 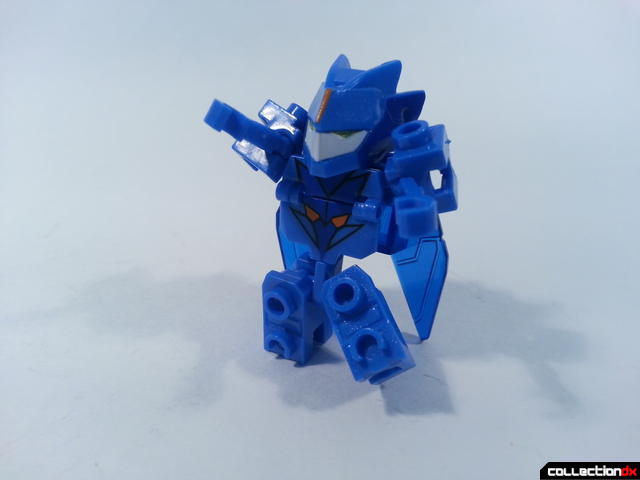 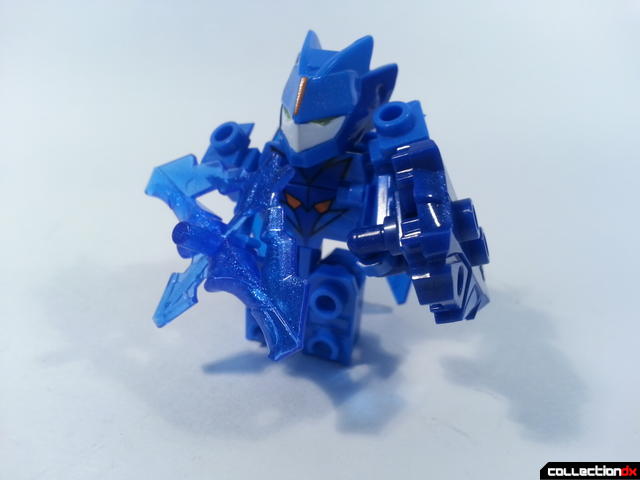 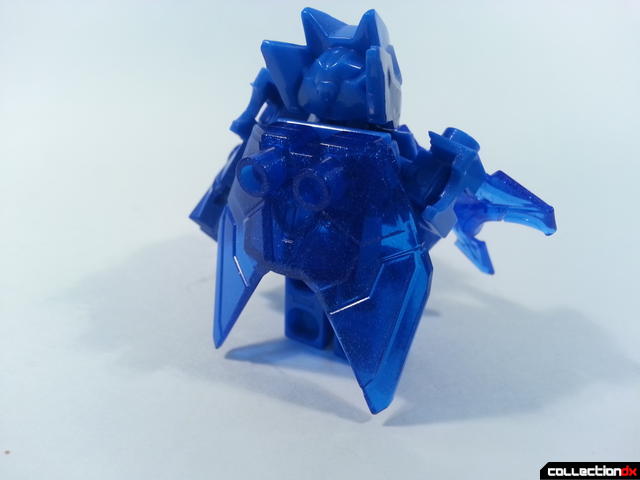 After that you can slap some extra pieces onto the figures in order to make them look more like the characters from the show. The helmets are kind of huge in an adorable way and really adds to the charm of these guys. Tributon also has a cape which attaches with the help of a male-male piece, something particularly odd and unique to Ionix. I really don't like Tributon's weapon though. It's a bow that can't decide if it's a bow or a crossbow. It just looks awkward while held. 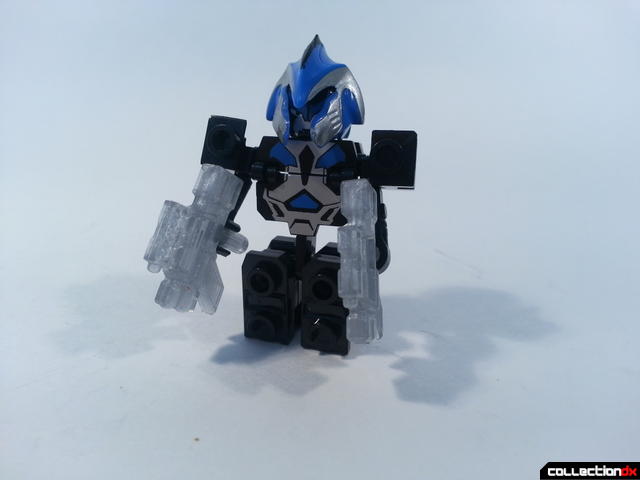 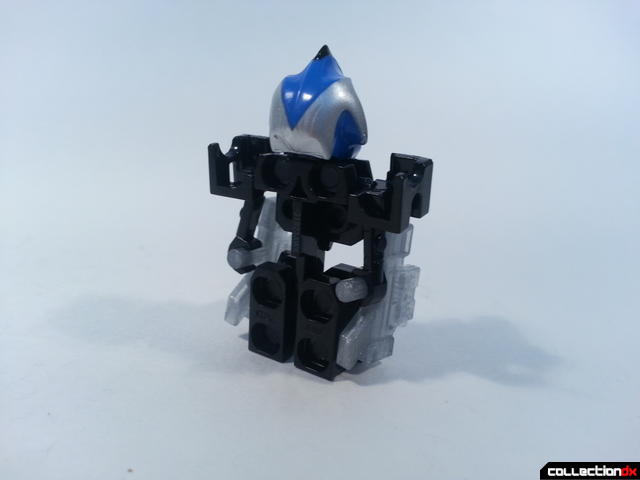 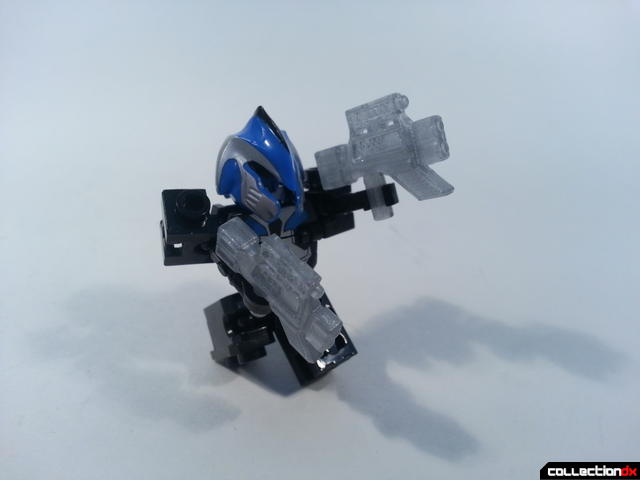 Pivix however, I like way more than Tributon. He's simple, but effective. Black with lots of nice silver and blue to help make the colors pop, and wielding two SMGs just looks awesome. 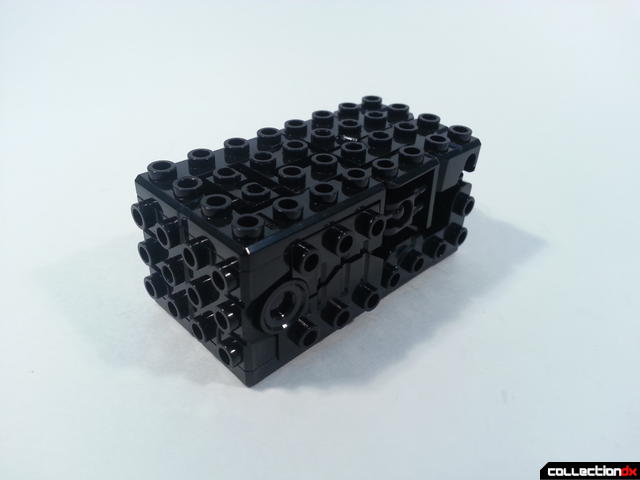 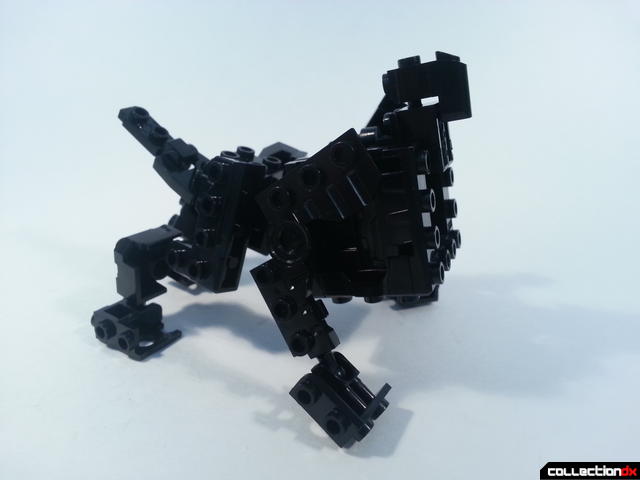 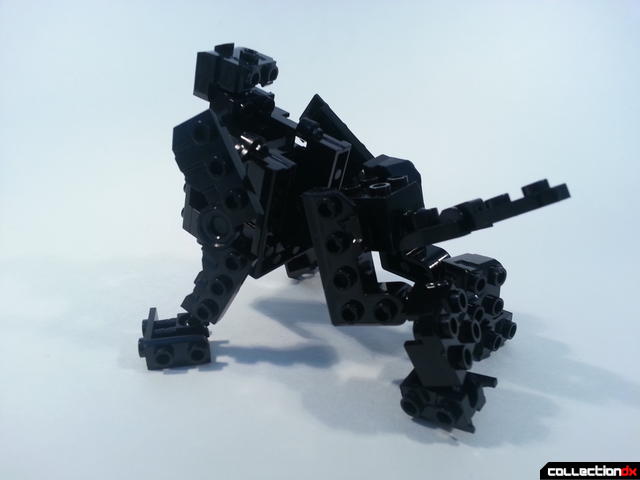 Now despite being a set with more building involved, the core vehicle still is composed of a transforming block. This block transforms just like the smaller figures, although with a lot more joints. The end result is a four-legged creature of some sort, which we'll touch on again in a little bit. 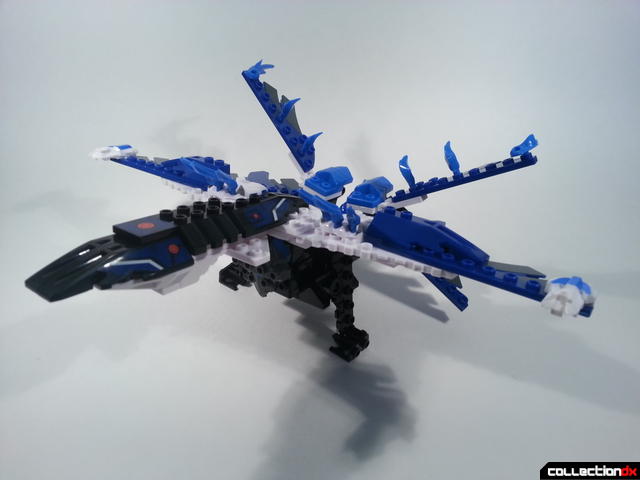 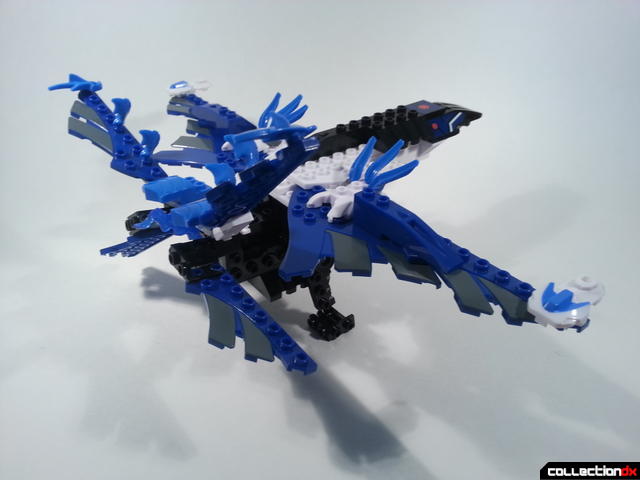 The first vehicle I built was the Volt Jet because at the time I would like it more than the griffin. I was kind of underwhelmed with this build. It's not bad, but it just doesn't feel very solid. It comes across like something that a kid would design while trying to make a jet, without a lot of concern regarding solidity or stability.

(Also you'll have to excuse me for losing a piece while building this. Of course knowing my luck, I'll find the piece right after putting this review up) 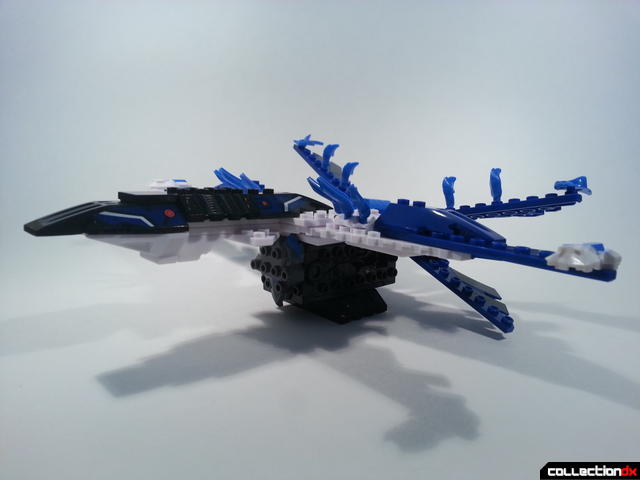 Since the transforming block is meant to be an animal first, it doesn't work at as well as a jet. There are pieces that stick out for no reason at the front only to hold the jet up, and the middle section is just kind of block. 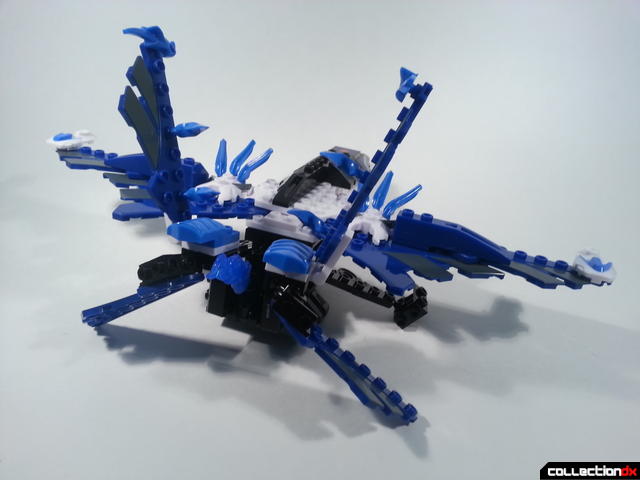 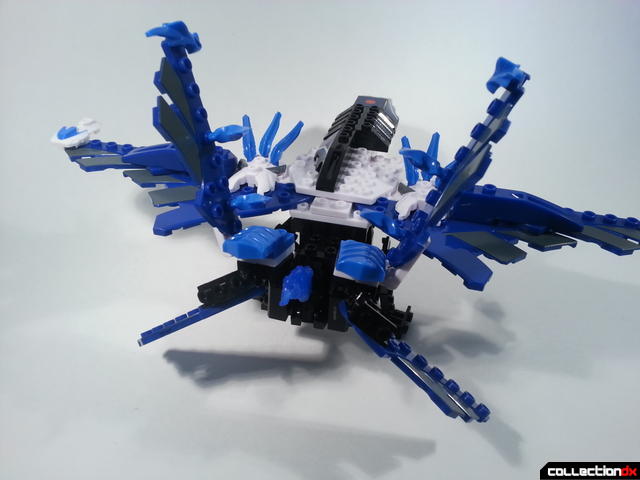 I do think that the poseable fins on the back are really cool. 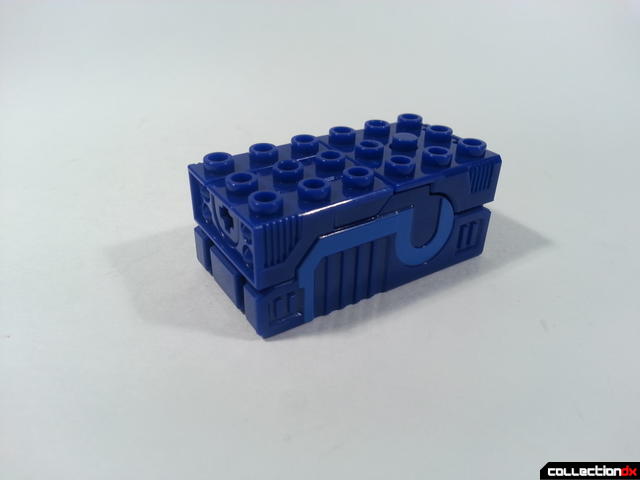 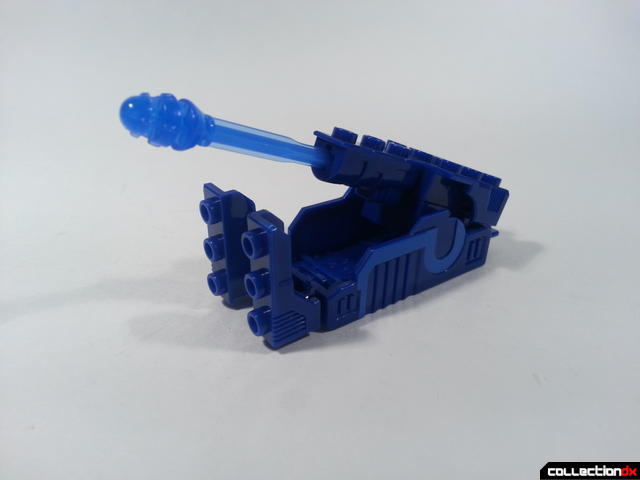 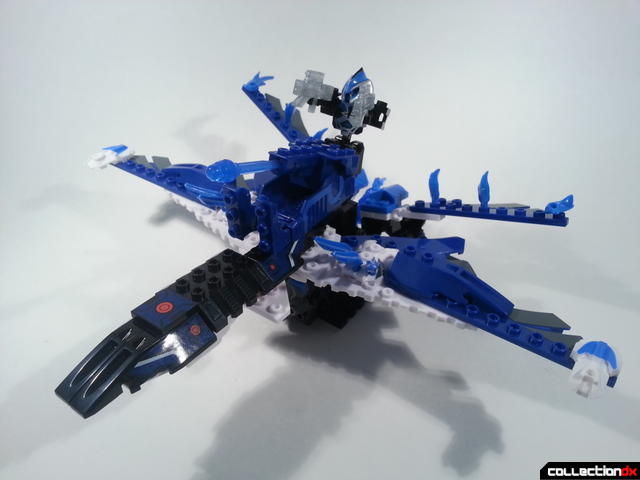 Also included in this set is one more transforming block which turns into a missile launching turret! It can mount onto that blocky section of the jet that I was just complaining about. It looks really good and adds a lot more to making this jet mode a lot more likable. 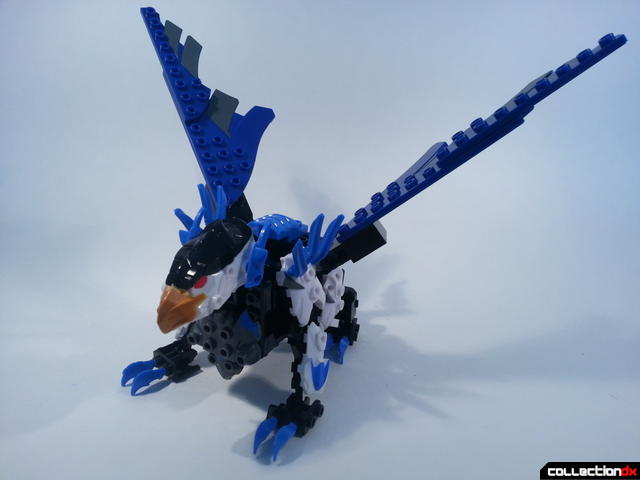 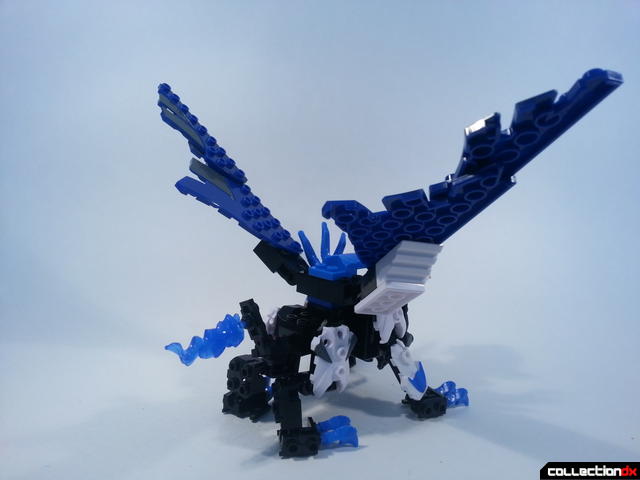 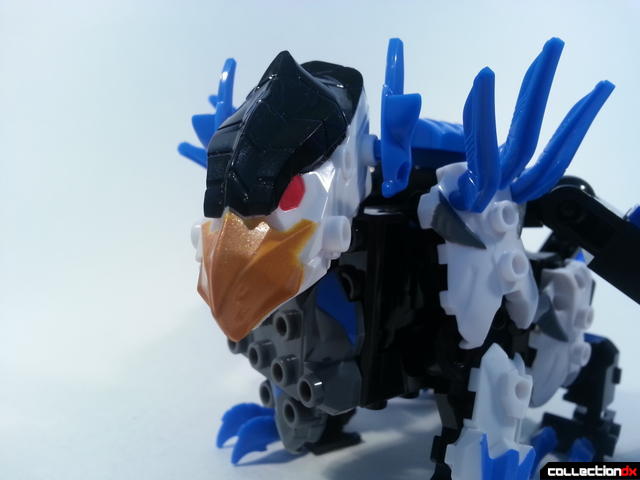 The next build I went for was the Sky Griffin, and man was I way wrong about which build is better in this set. The griffin is stocky, but powerful. The wing pieces look huge and powerful and are surprisingly emotive thanks to the ball joints used. 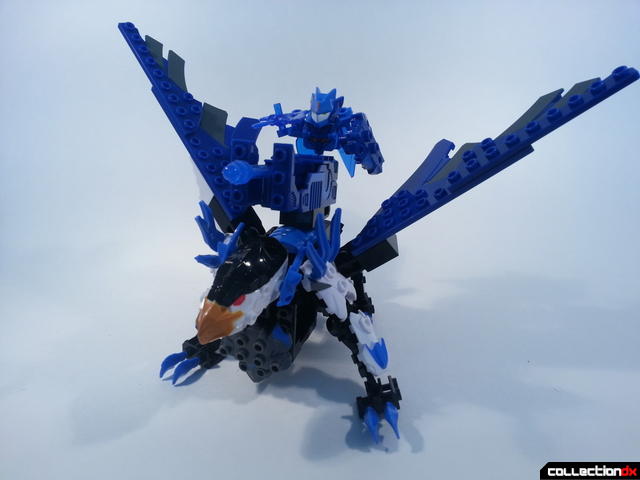 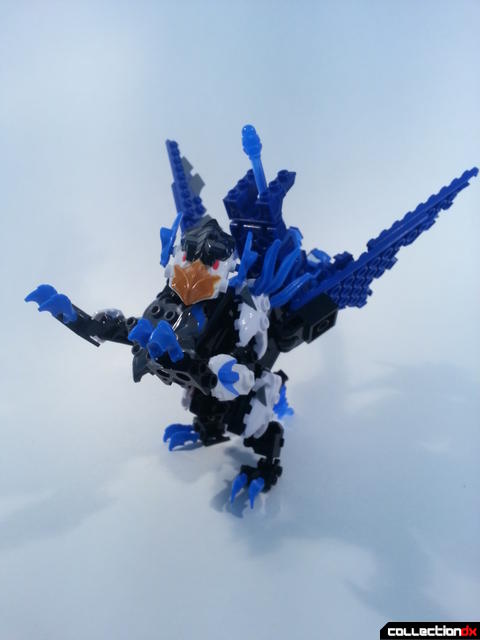 A lot of those joints in the transforming block come into use here as well instead of being slapped onto a build. It leaves for a very poseable build that's able to look around, pounce, and even stand up on its two hind legs! Also you can still trap a missile turret to the griffin.

So my first experience with a larger building set from Ionix has been a really pleasant experience. I have to say the one thing that really stood out to me way how high quality and tight the fit and finish on the pieces are. The pieces peg in incredibly tightly and hold together very well. It really makes me want to take a look at more sets like this, and also makes me hope that one day Ionix will go beyond just transforming vehicles and figures, and try building actual sets and building pieces. There's a lot of potential here and I want to see more.

The first wave of Tenkai Knights had removable and rotating heads, but later waves glued the heads in plae.