The Gundam Universe toyline is the latest attempt to bring Gundam stateside. It coincides with Bluefin importing model kits and selling them in stores like Target and Barnes and Noble, but the Gundam Universe line is much more widespread.

The sell for about 25 bucks and average about 6 inches tall. My impression is that these are priced and packaged to be competitive with other lines like Marvel Legends or the Black Series. But are they good?

Unicorn Gundam 02 Banshee is #5 in the line. The packaging is nice, it's a good mix of Japanese and Western aesthetics. 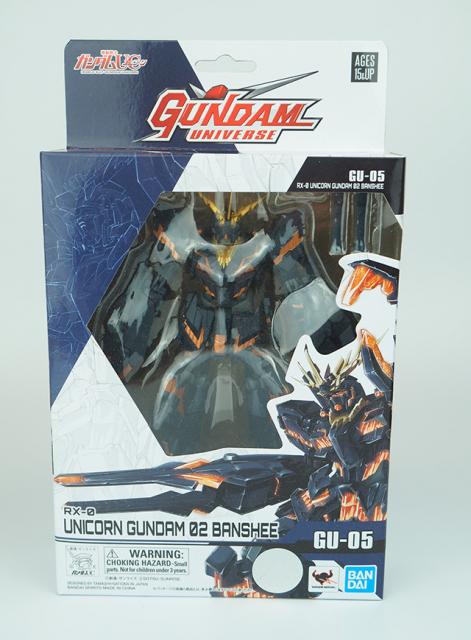 Note that it's got the new blue Bandai logo on it, as well as the Tamashii Nations brand. On the back there's the Bluefin logo, as well as Bandai Namco. This is important, because this means that it's not part of Bandai America, so don't go there for support. 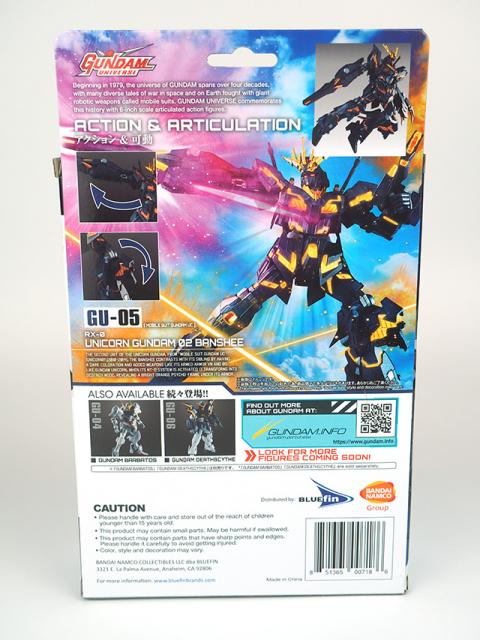 My first thoughts are that the figures feel good. It's somewhere inbetween a MSiA and Robot Spirits. Like, the grade for the plastic was 1-10, MSiA would be 1, Gundam Universe would be 5, and Robot Spirits would be 10. So it's firmer, but still not as nice quality as the Robot Spirits stuff (although it is bigger). 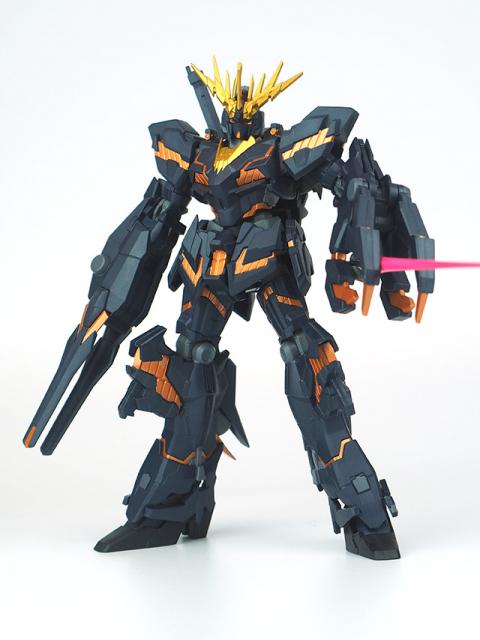 Once big difference though is the lack of accessories. Banshee comes with a variant left hand, two beam sabers, two beam saber hilts, and a connector for a Tamashii stand. 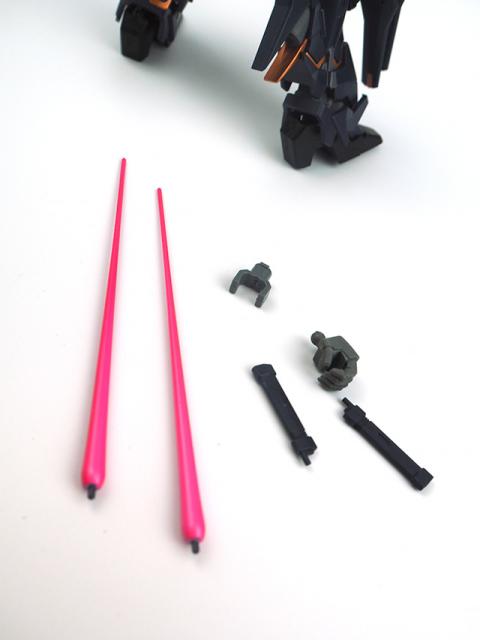 For about 45 bucks, the Robot Spirits came with this: 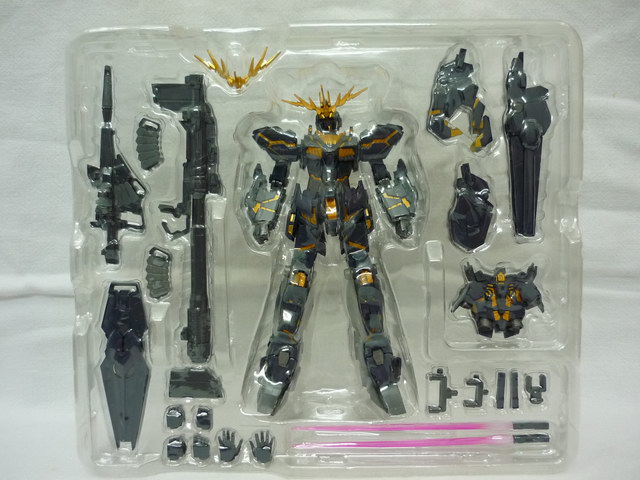 So yeah. But that was 8 years ago. Things change. 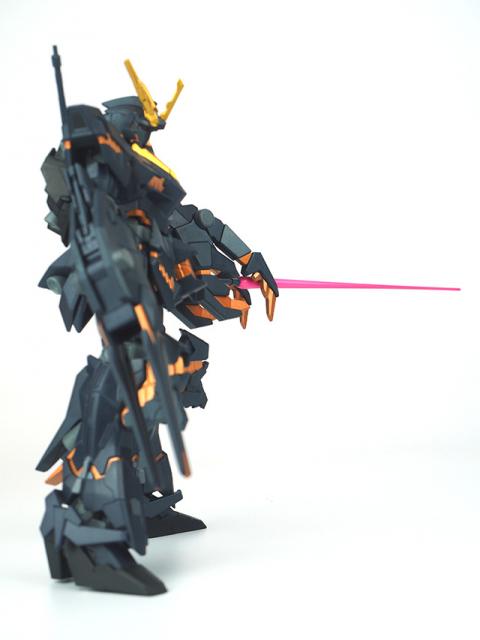 The mold is sharp and the paint is tight, with the gold sections having a nice lustrous metallic finish.

The back skirt section needs to be attached. Skirt fins are movable. The unused Beam Saber hilts attach to a connector on the back, but what's this? One is missing! 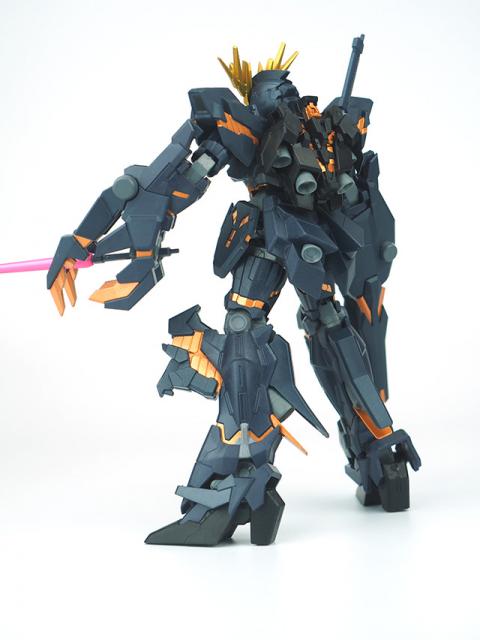 That's right, a small connector is missing from this figure. Who do I call for this? Bluefin never answered me... 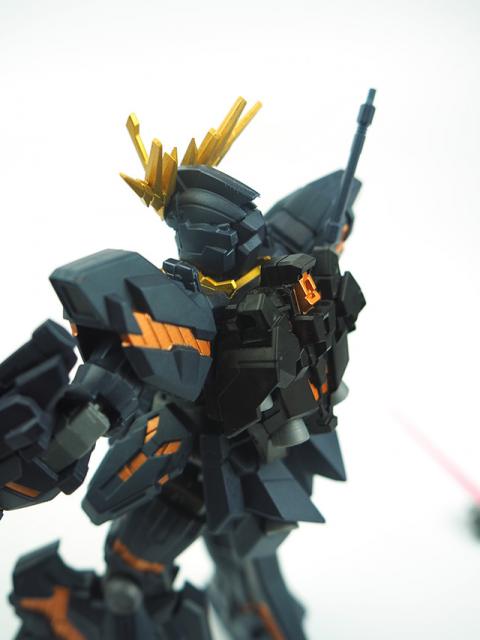 Anyway, aside from that, lets keep going. The back unit feels like some of the sections should move, but I didn't want to force it. 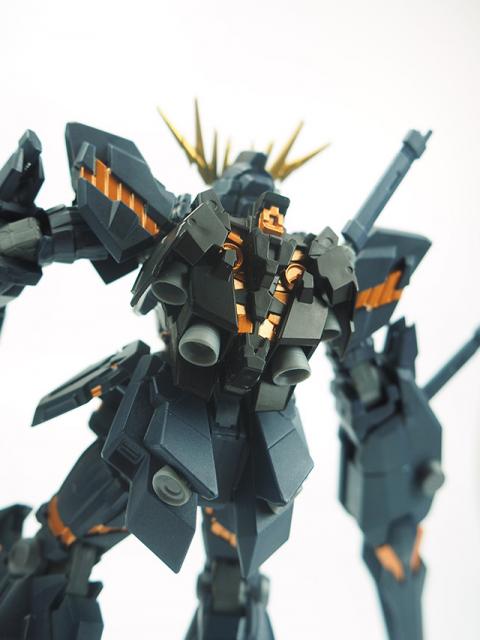 The claw attachment on the arms opens, but only from the top. You can pop out the fist and replace it with the saber-holding hand. But how does this work? How does he not beam saber off the claw parts? 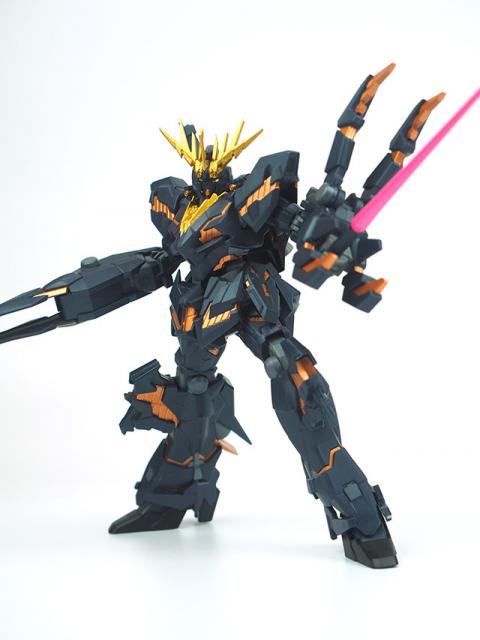 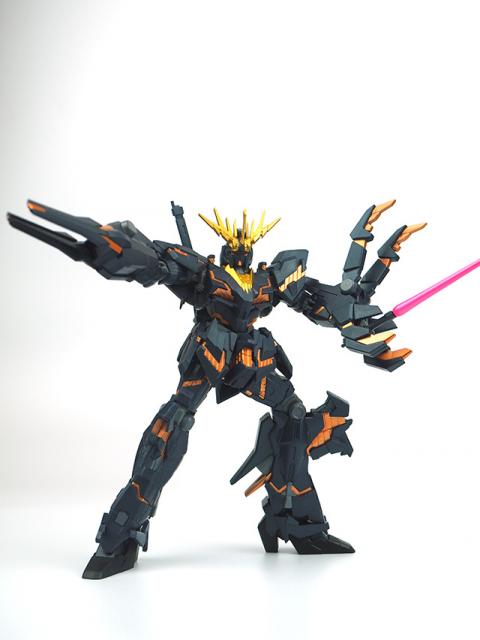 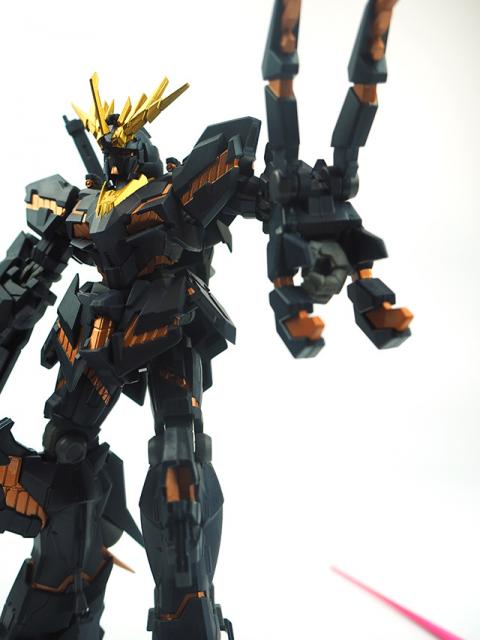 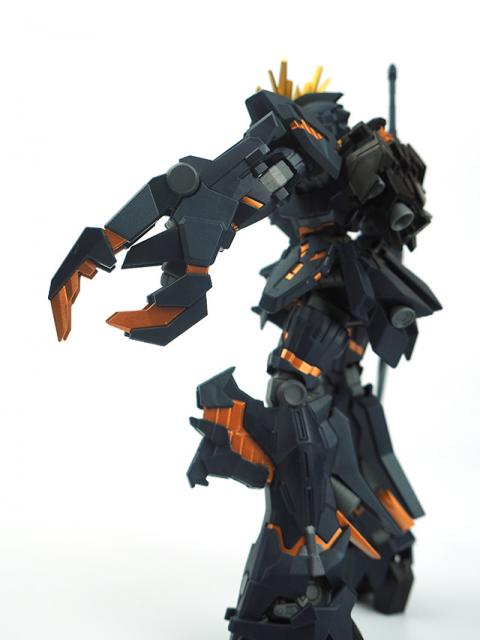 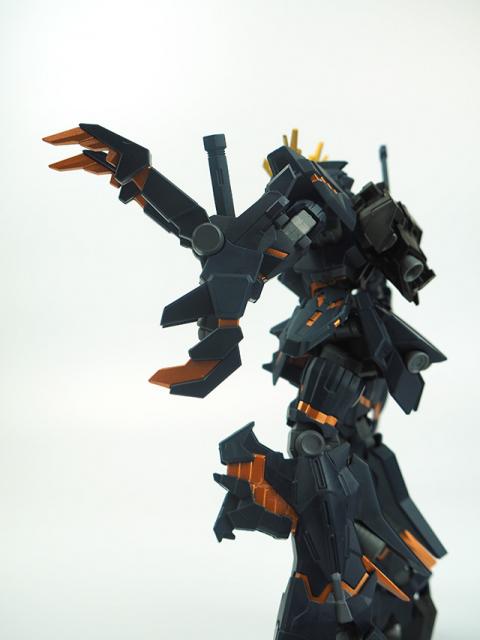 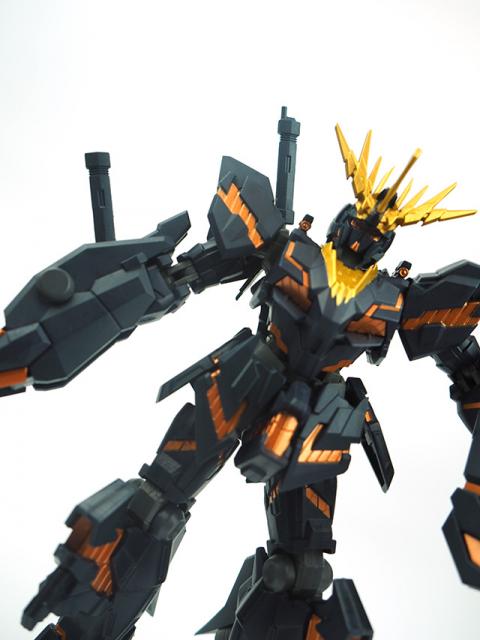 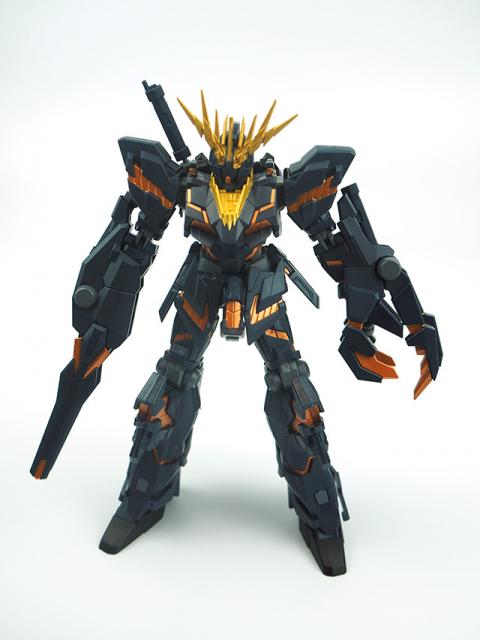 Adding the stand really allows for creative poses. Too bad it's sold separately, and only in Japan. 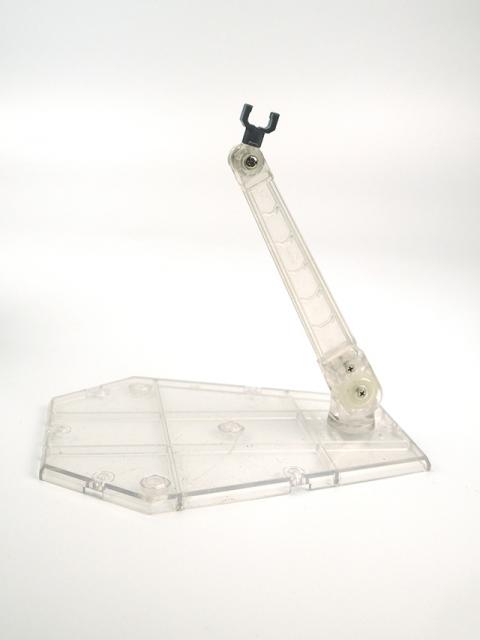 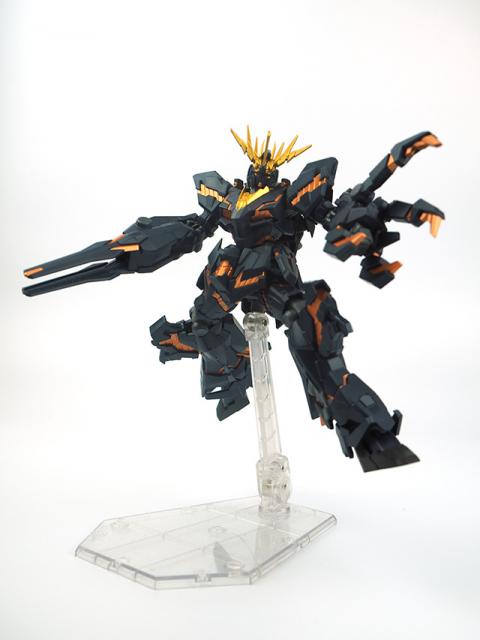 Overall I have mixed feelings about this one. While I love having Gundam in stores again, I feel like as a collector I have better options. With Gunpla and Robot Spirits options, you might as well spend a little more and get a lot more figure.

That said, for the casual collector, it's a great way to get into Gundam figures at US retail, which in Coronavirus time is a godsend, because internation shipping costs have skyrocketed.

I don't know that I'll get any more, but I'm glad they exist. I'd grab the rest if they were five bucks less.

2 comments posted
Our first experience with

Our first experience with this line was NOT good. We bought the RX-78 from wave 1 and it's red shield was crushed. That's right, it had damage to the red plastic shield from being crushed before it was placed into it's clear tray, packaged, and shipped off to stores. You couldn't see the shield damage from where it was positioned in the packaging. Only after opening the toy would you see it. We ended up having to buy a replacement for a good shield. We'll probably take the defective one and customize it with added battle-damage to replicate the famous "last shooting" pose.

What is up with those monstrous kneecaps? They're like twice as big as they should be.