I’ve always been a half-hearted fan of modern Sentai. Toy-wise, the Power Rangers era has been a mixed bag, with dramatic swings from the exquisite (Wild Force) to the regrettable (Ninja Steel).

Now that my kids are squarely within the Power Ranger Influence Bubble, I’ve found myself immersed in the Sentai world as never before. After taking the zords off the shelf and playing with the damned things instead of silently regarding them with the adult collector eye, I’ve found a new appreciation for these toys. Who knows if my new-found interest will survive my kiddos evolving tastes, but right now it’s a lot of fun sharing in their simple joy of playing with neat things.

So I was already primed for the latest Sentai offering, the DX Kiramaizin from Machine Sentai Kiramager. And the bold aesthetic direction of the designs is right up my alley: miles and miles of colorful clear plastic! Takara/Tomy has been using clear plastic for ages, but it’s not a common vocabulary for Bandai. I’m happy to see them go all-in for Kiramager.

The box is bold and colorful, befitting the contents within. I find some of the graphic design choices a little off-putting. It looks vaguely like a Thai bootleg you’d find at a bodega. 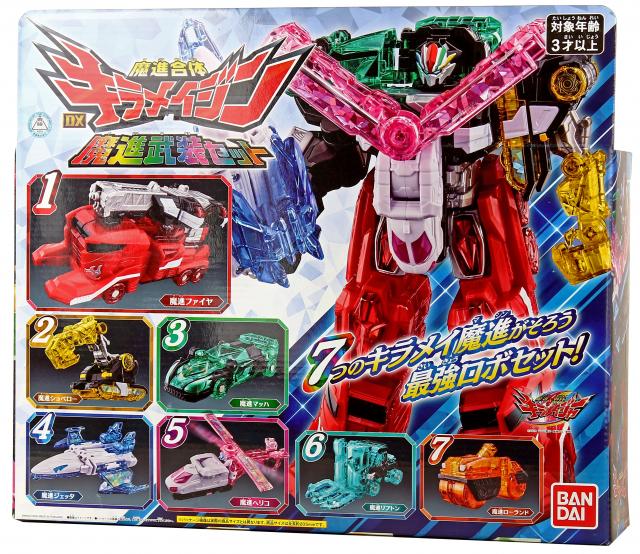 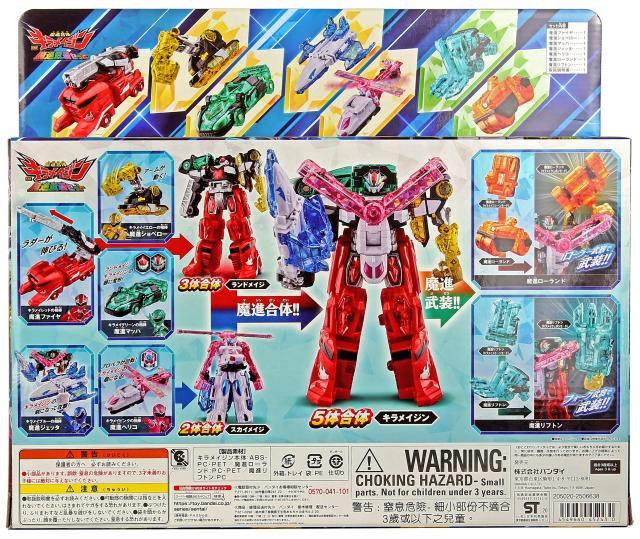 This is an expanded deluxe set, which includes two additional weapons/machines.

Without getting into the mythology, the rangers pilot vehicles (anglicized as Mashin) which also turn into gemstones. The Mashins combine into a couple of larger zords.

Each Mashin is a neat little toy unto itself. The clear plastic crystalline sculpts are very appealing. My kids are just transfixed with the beauty of these things. Each has some minimal articulated feature, but these are small and simple. The crystal modes really just work from one side, but they still look neat and the transformation doesn’t feel perfunctory.

The Fire Mashin is the most substantial, with an articulated boom. 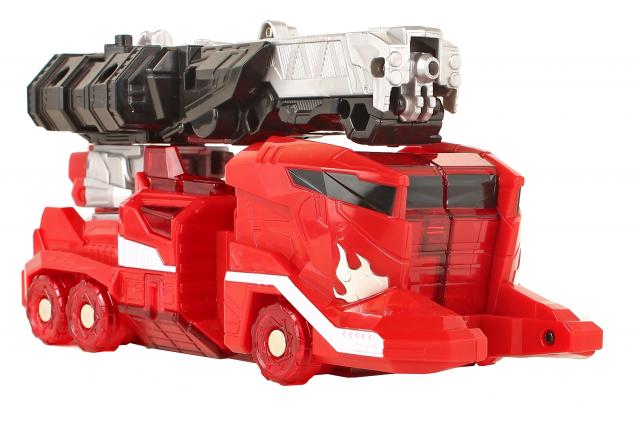 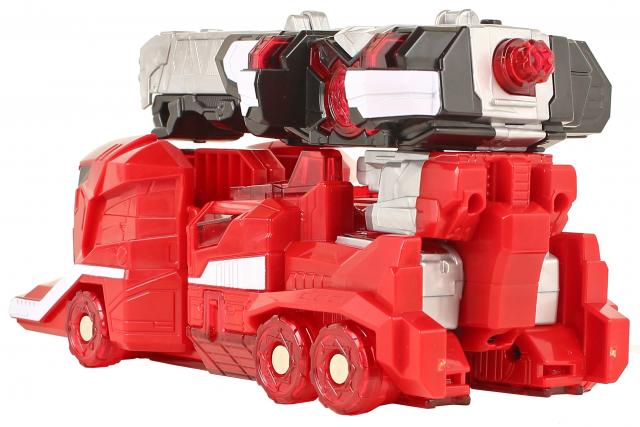 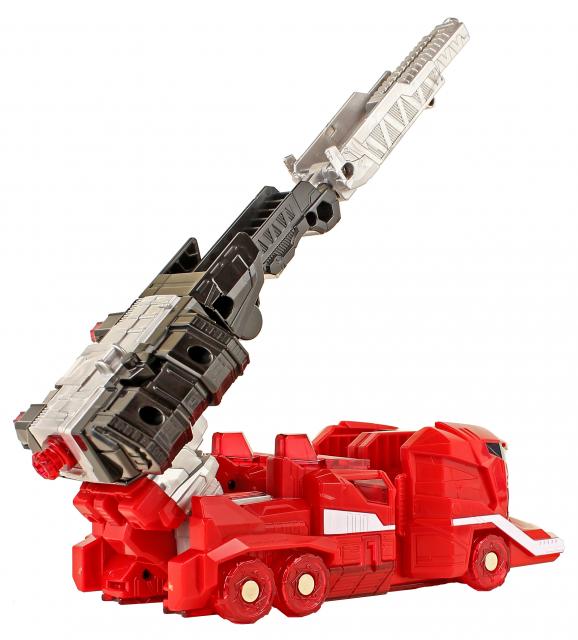 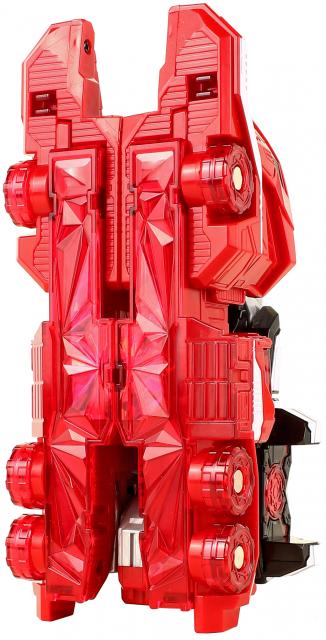 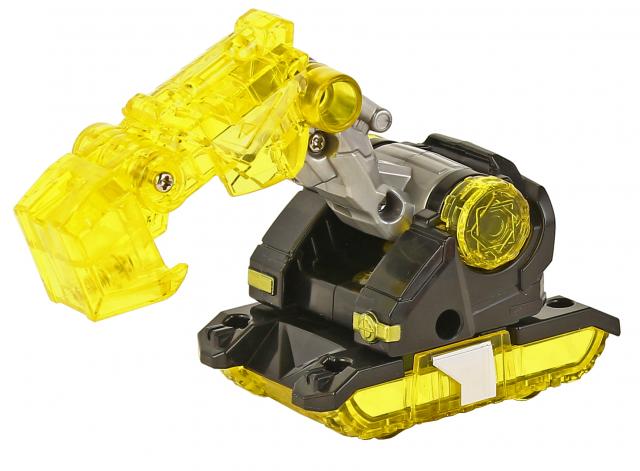 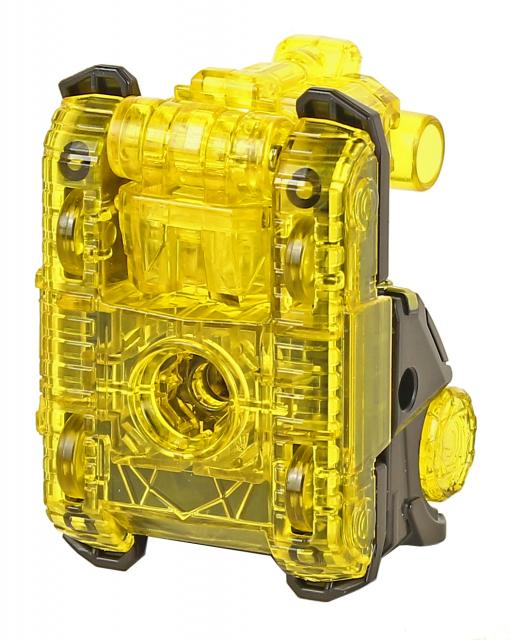 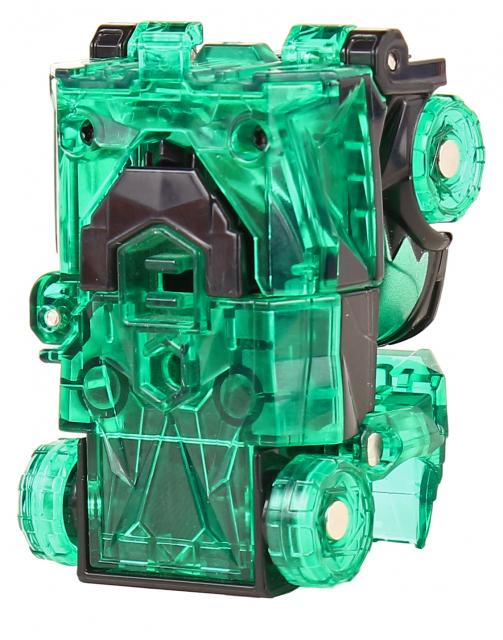 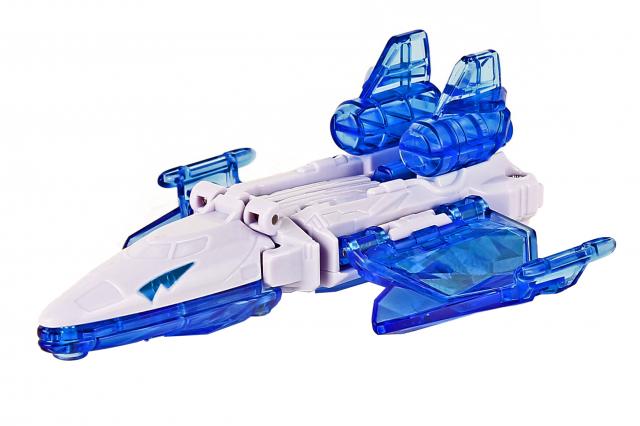 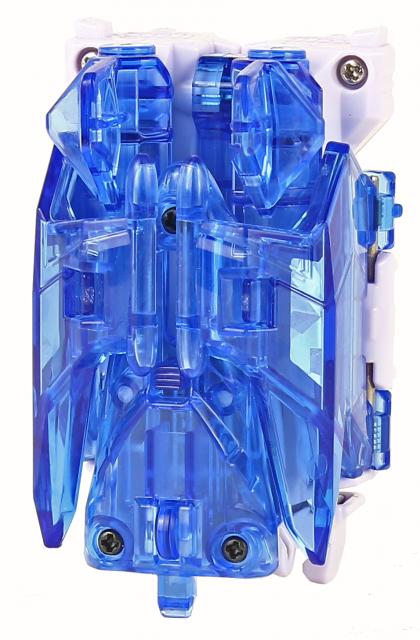 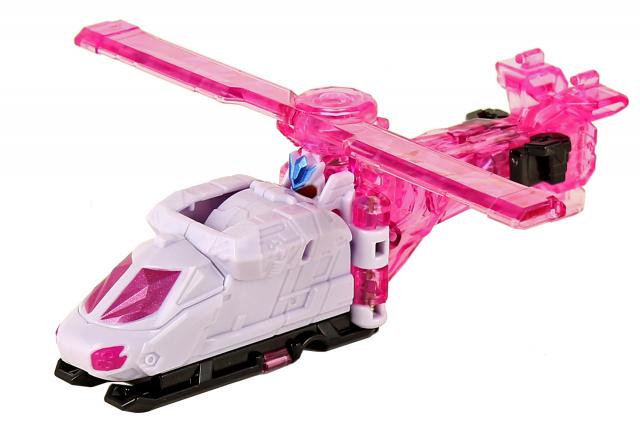 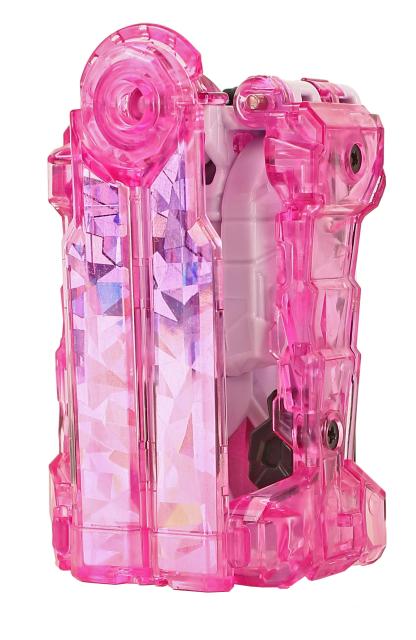 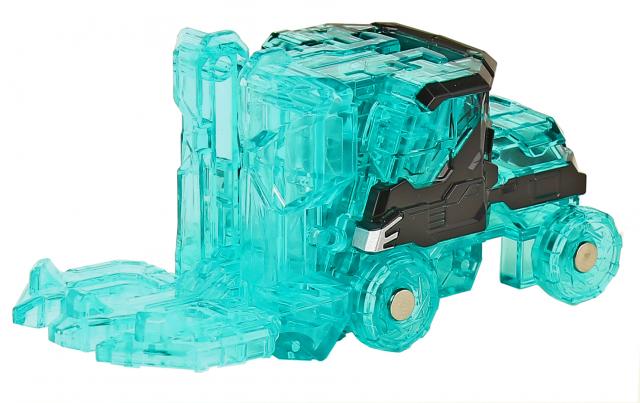 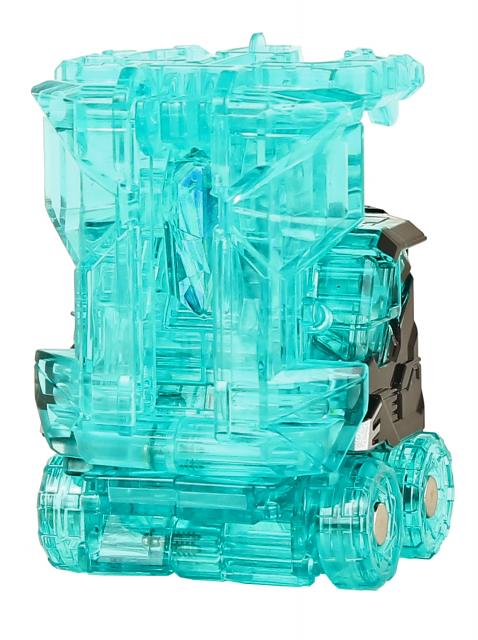 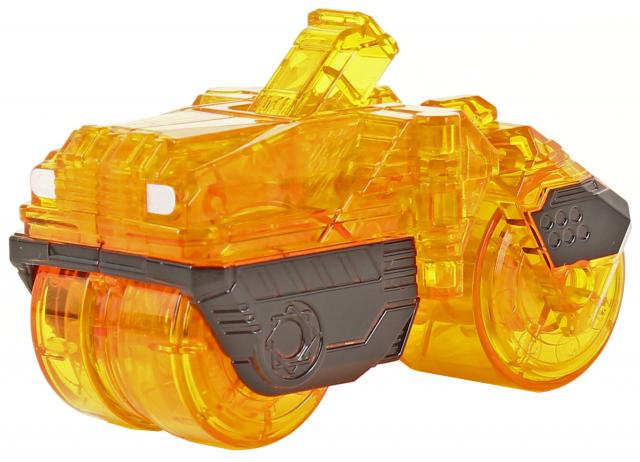 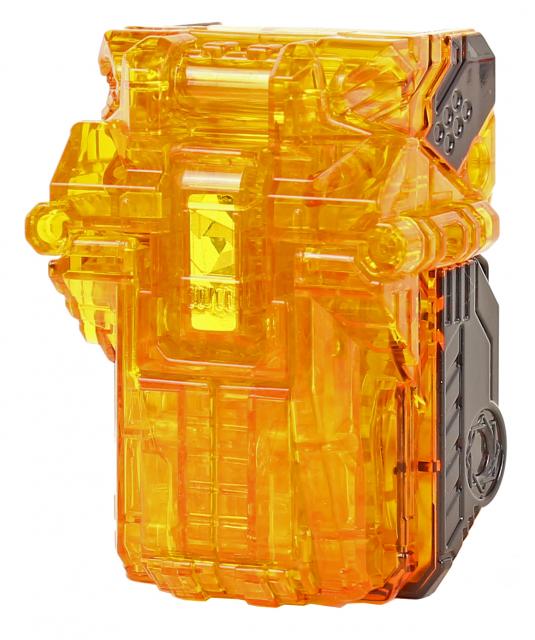 The helicopter and plane combine into a small zord called the Sky Mage. 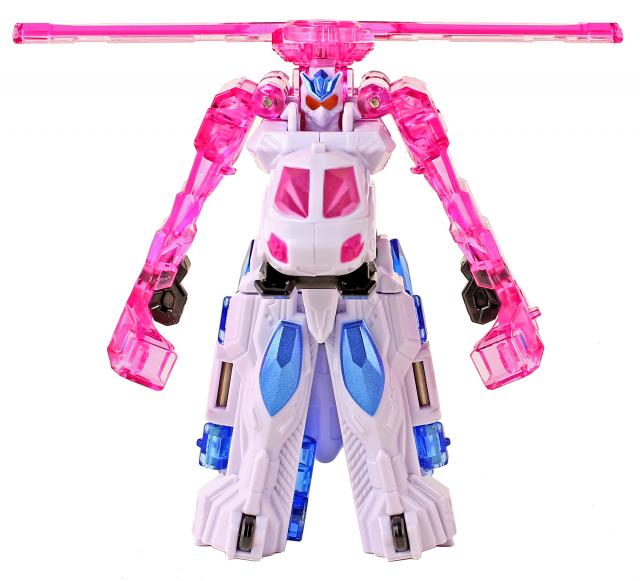 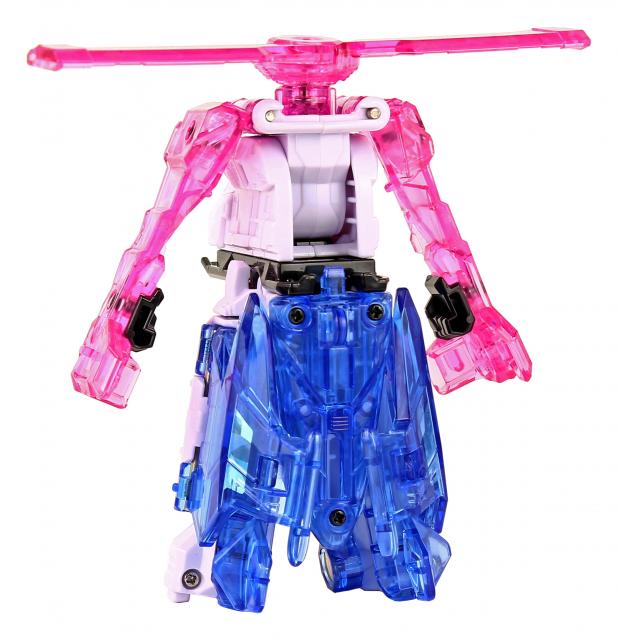 The three other Mashins form the Land Mage. This is the base mecha for the series. It's fine by itself, but the addition of the other Mashins really brings it to life. 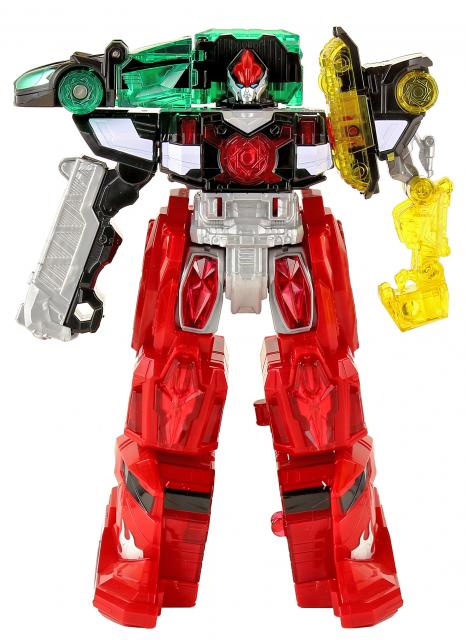 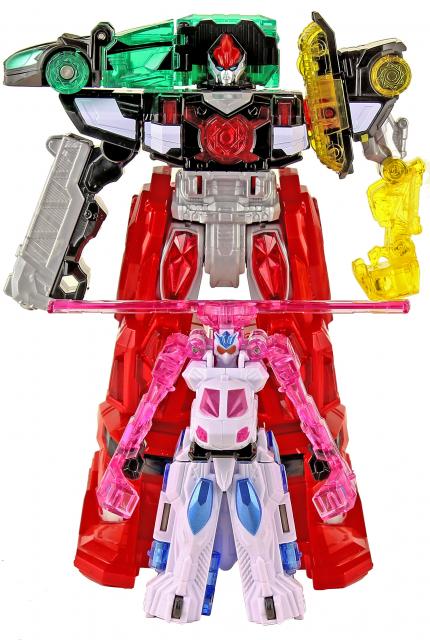 All five Mashins come together to form the Kiramaizin, or Sparkling Giant. Sparkling Giant, what a wonderful name! The head has a neat gimmick where the Kiramazin’s mask folds out to cover the standard Land Mage face. 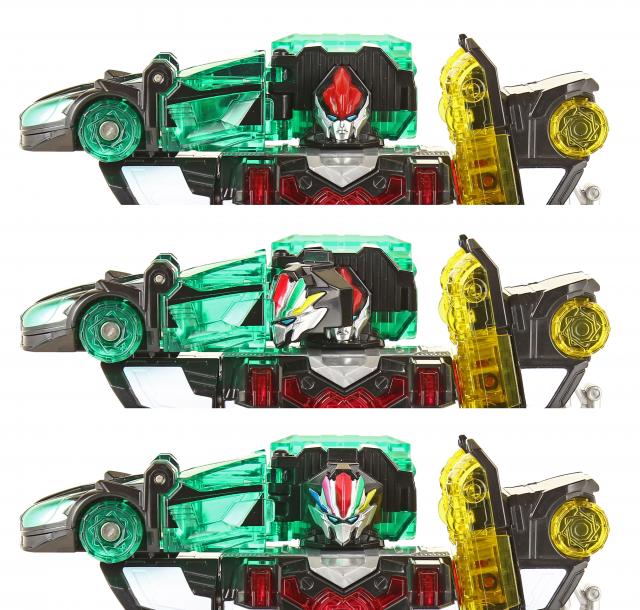 After innumerable combinations of dinosaurs and vehicles, the Sparkling Giant feels fresh. The asymmetrical combination is unexpected. 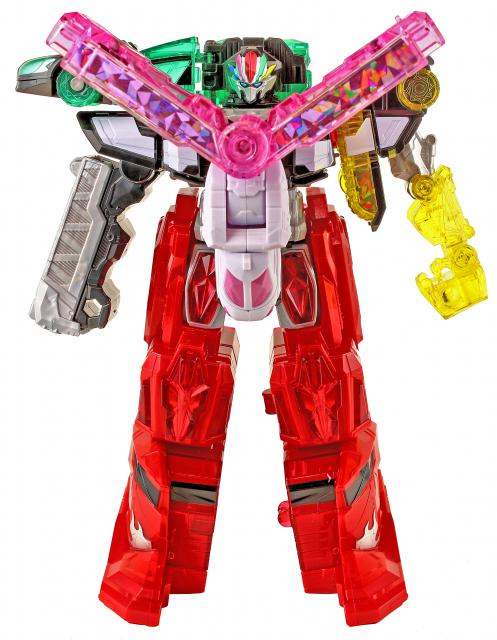 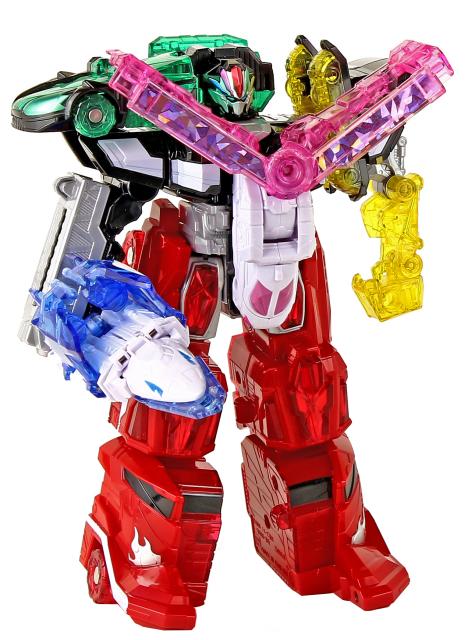 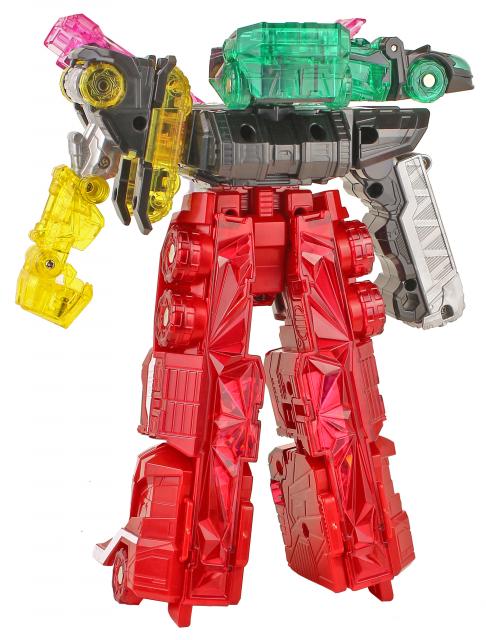 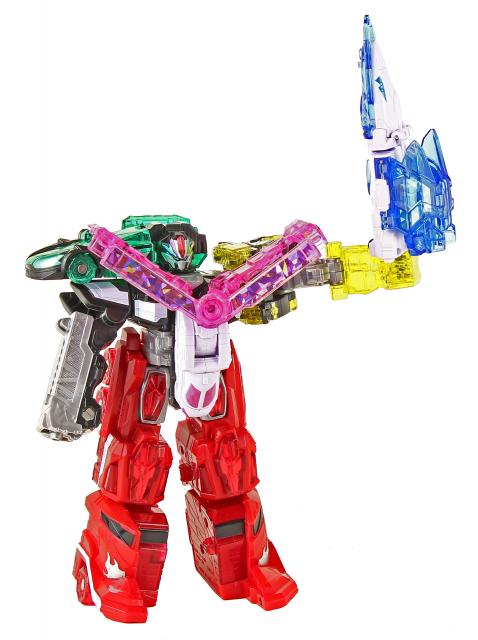 The additional Mashin's are inessential but do add some nice color and playability to the set. 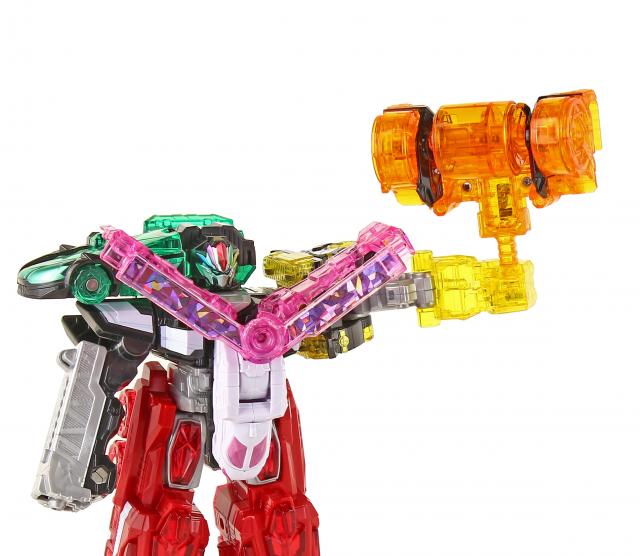 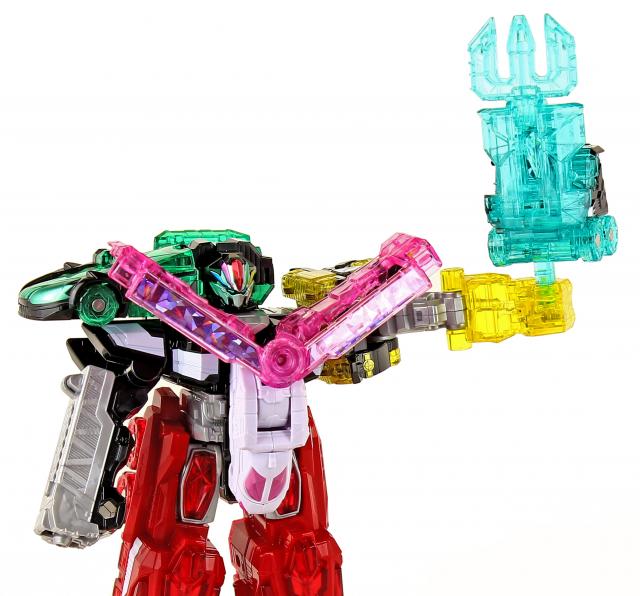 About this time, it dawns on you just how small this thing is. Well, it dawned on me as soon as I opened the box. Here he is next to the Samurai Megazord, which is itself not unusually large. 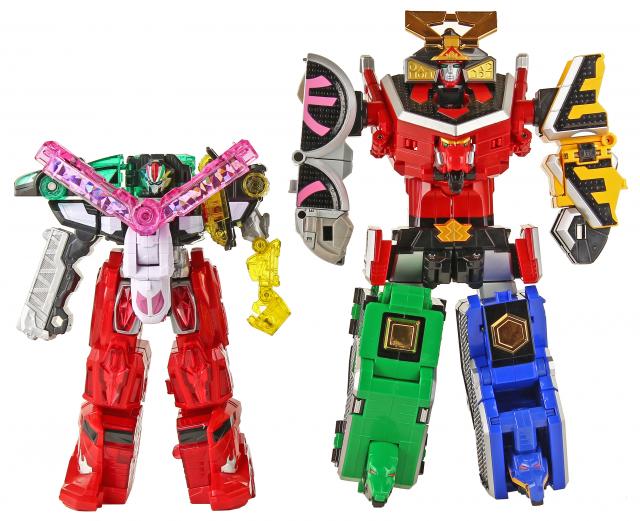 Does this signal a new era of more economically-sized zords? And how awful might the American version turn out? It’s a little disappointing, but I’m not too bothered. The build quality and heft are still substantial. It’s a beautiful, fun, engaging toy. Recommended.

If BanDai used cheaper translucent plastic, I'd consider this one borderline bootleg or a toy that came out from a McDonald's Happy Meal box.

I'd say this though: BanDai could learn a thing or two about Auldey's Space Deleter & Rescue Engine deluxe toyline. I'd like to make a review of all 6 robots here but EVA_Unit_4A's video reviews beat me to it.

Oop I heard my name what

Seriously, though- I've already had my fill of Kiramaiger at this point, and don't see myself getting any more than I already have.

So at this point, feel completely free to do whatever you want with them on CDX.

My reviews would just be straight to the point if I have the time but a lot of real life stuff keeps me busy nowadays, unfortunately. I wish siningy would return from limbo though to complete the entire DX Space Deleter review.