DC Injustice 2 is the super-powered sequel to the hit game Injustice: Gods Among Us that allows players to build and power up the ultimate version of their favorite DC characters. Sounds good right? Well, after digging in to the Batman and the Superman last month, let me tell you, DC has hit the mark again with this amazing Red Hood.

My first impression of Injustice 2 Red Hood is that he looks menacing. But my overall impression is QUALITY!? The figure itself is incredibly detailed for a 1/18. Probably the best in this size I have ever seen, and amazingly articulated. The packaging itself is quite impressive for a figure of this size, as most of the comparable DC Multiverse and Marvel Legends at this size are sold on cards (YUCK). With as many accessories that are included with Injustice 2 Red Hood, a box is almost a must to make sure you don't accidentally loose or misplace any of the many pieces. 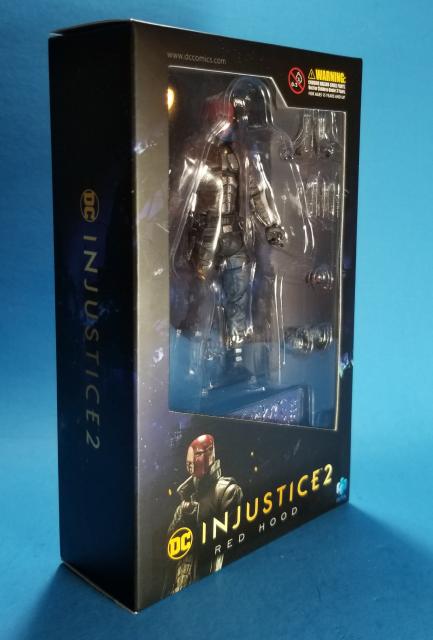 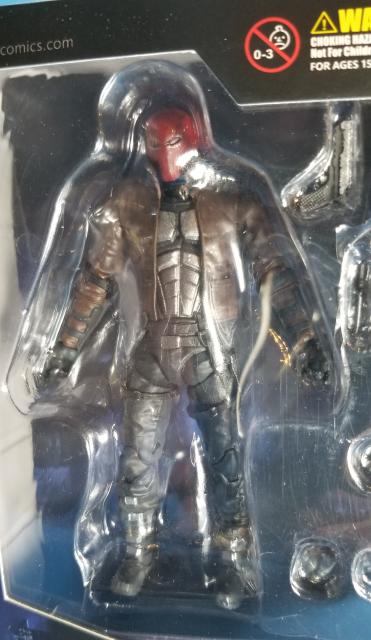 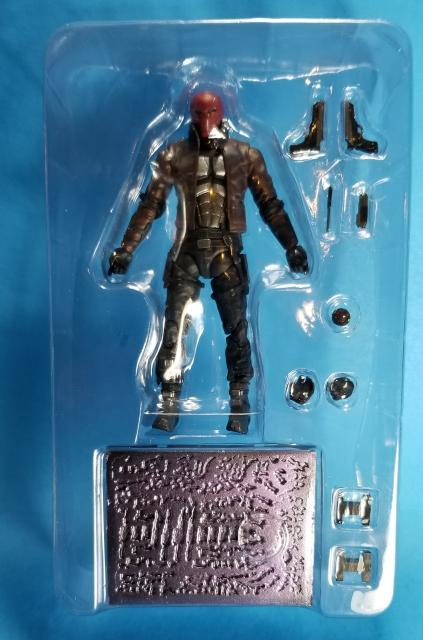 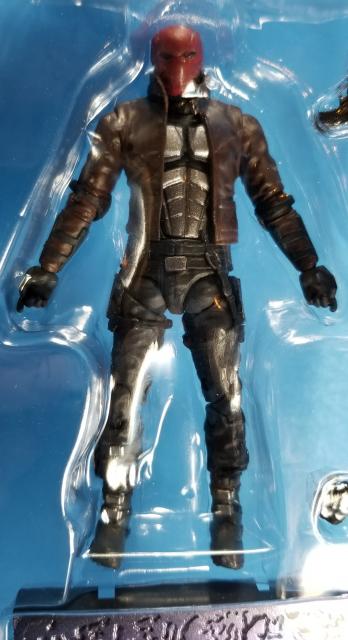 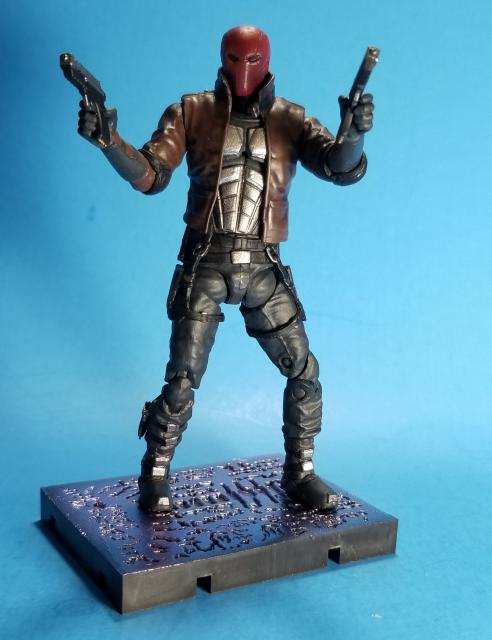 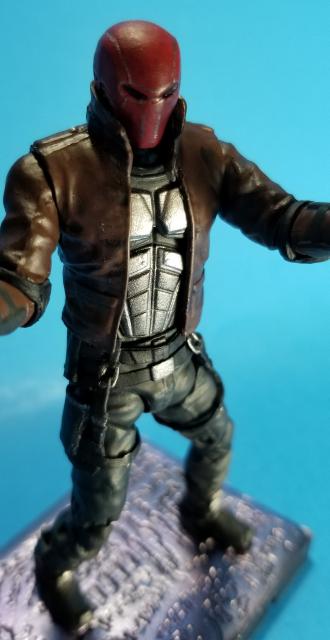 Measuring in at an impressive 4.5 inches tall, a 1/4 inch taller than the average Mattel DC Multiverse Red Hood figure in this size, the Injustice 2 Red Hood really is as advertised, a "1/18 super articulation action figure" with 21 POA and feels just like a scaled down 1/12 figure which is cool, allowing for a multitude of poses and possibilities for either display or photos. 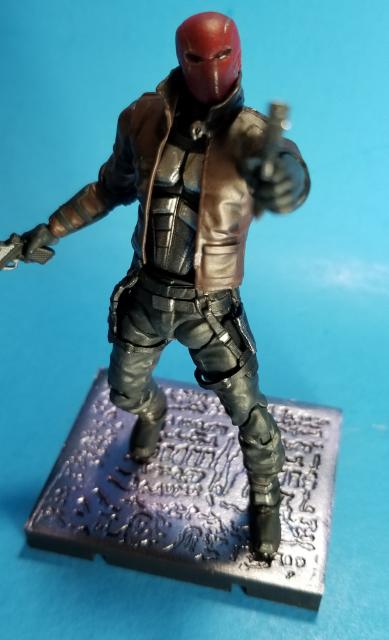 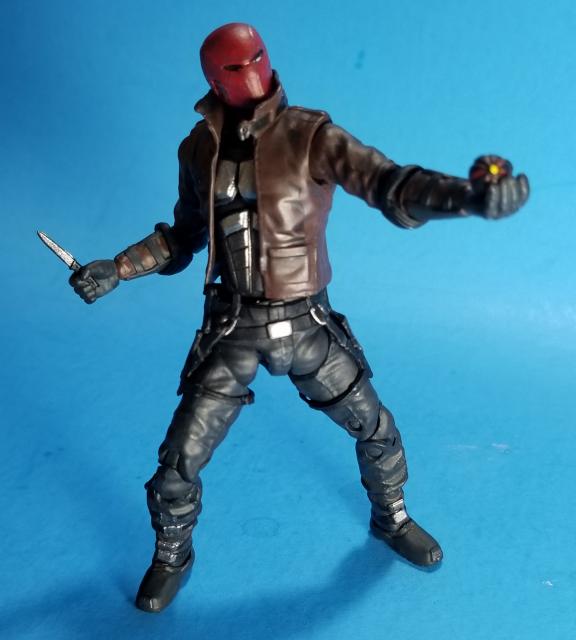 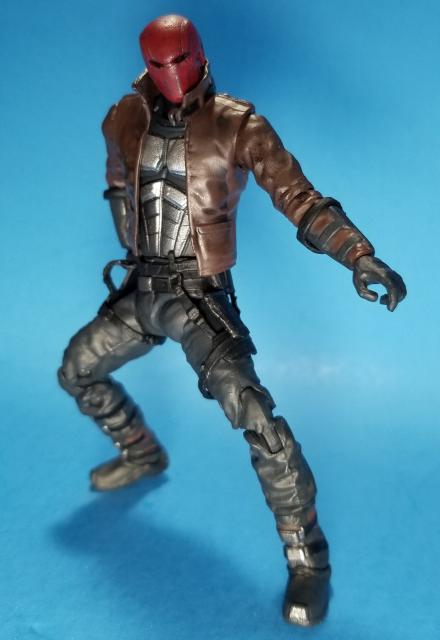 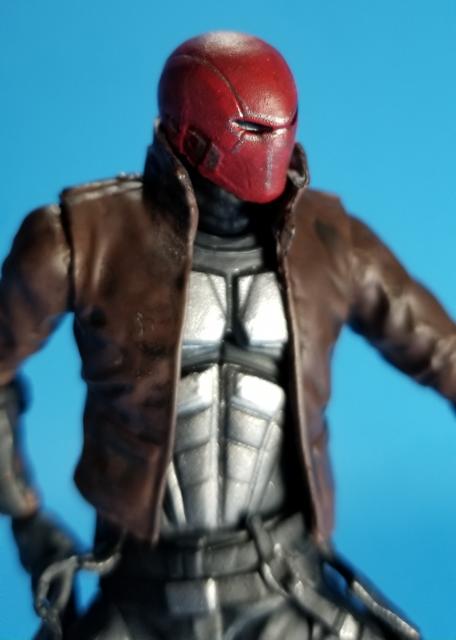 The paint apps and wear are really well done as with the previous figures, mentioned prior, but it's the head that looks just really over the top good on this guy. My only complaint is that the hands are a bit difficult to swap out, but when you get down to a figure this small that's almost come to be expected.

Overall this 1/18 figure is really well done and a win from both a production and presentation standpoint.

Incidentally, the provided bases include 2 attachments so that you can connect two or more figures.