The Griffon comes from the anime series Mobile Police Patlabor (機動警察パトレイバー). In the series, the Griffon is developed in secret by the Shaft Enterprise company. The Griffon is meant to be the next generation of labor, and to prove it, is set out to defeat the Ingram series of labors. The pilot, a 15-year-old Indian boy named Bud Harchand, develops a rivalry with Noa Izumi, the ace pilot of the Ingram unit 1 (aka Alphonse)

Bandai has released a Griffon as part of their Robot Spirits line, with the <SIDE LABOR> affiliation. This review sample arrives courtesy of HobbyLink Japan. 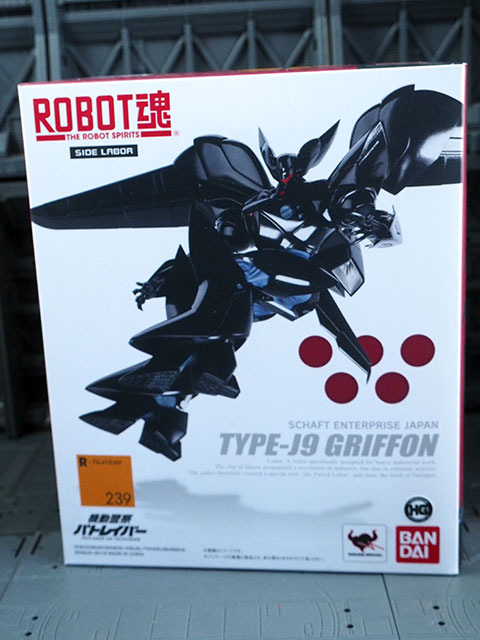 The box is typical Robot Spirits - nice graphics and images showing features on the back. 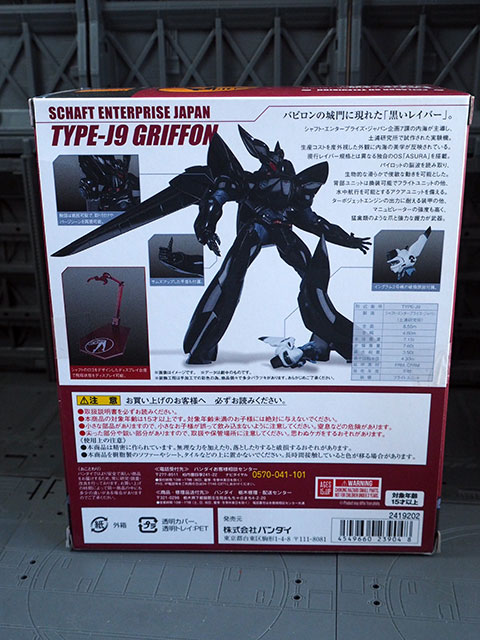 The figure is a bit taller than your standard labor, which is keeping in line with its appearance on the show.

Two plastic trays contain the figure and it's accessories: 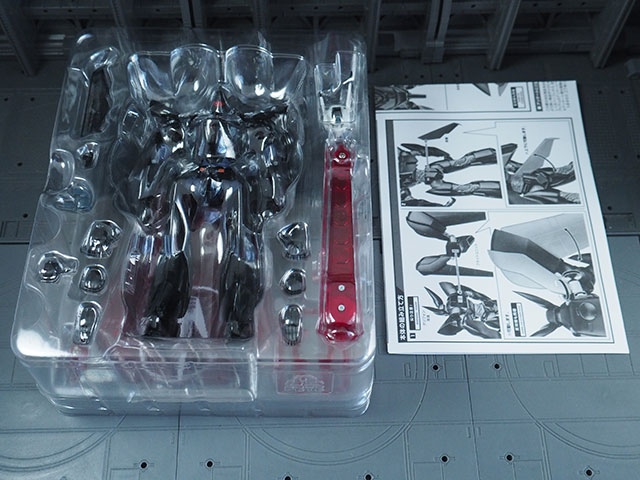 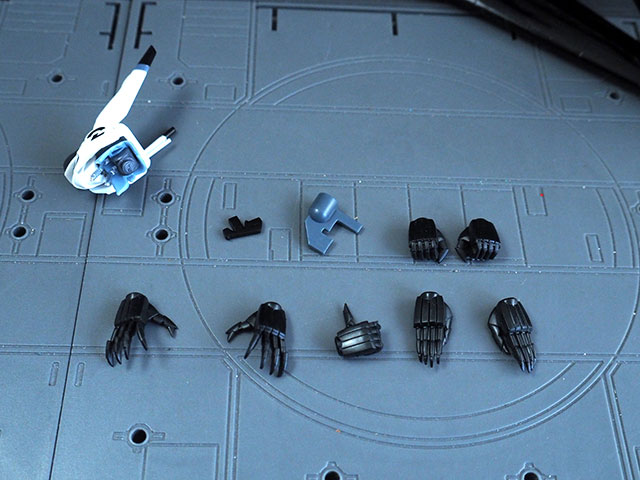 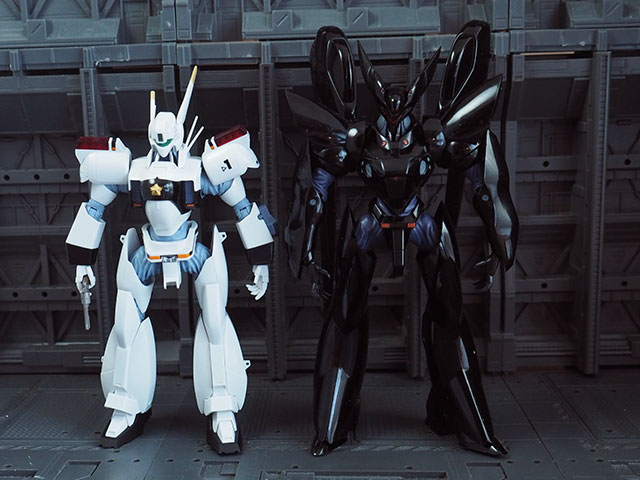 The overall feel of the toy is very high-quality, which should come as no suprise if you've handled a Robot Spirits before. Each joint is sufficiently tight, and the sharp bits are very sharp. The only assembly out of the box is adding the flight pack and tail wing. 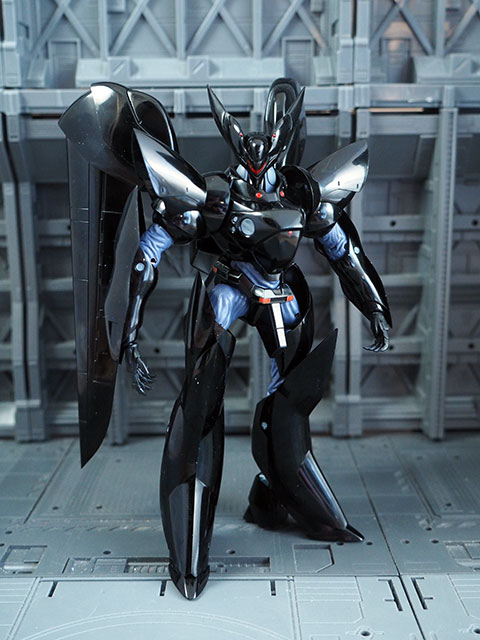 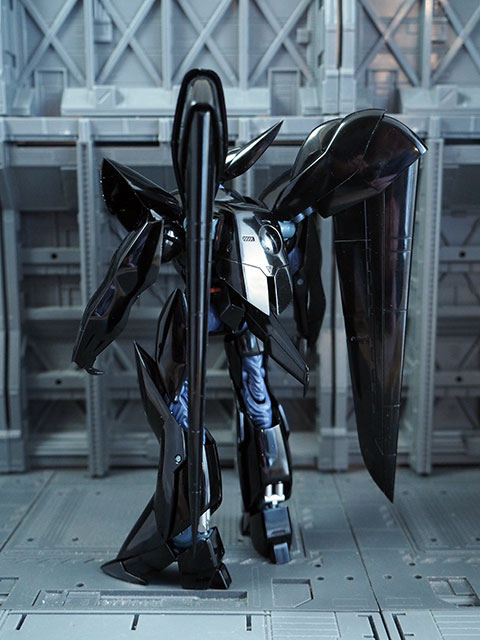 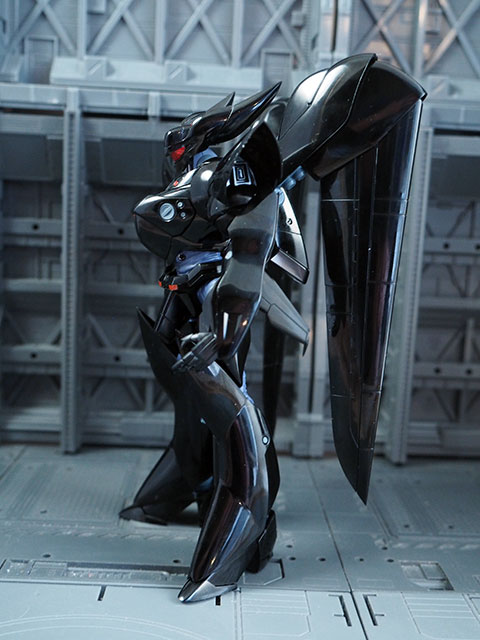 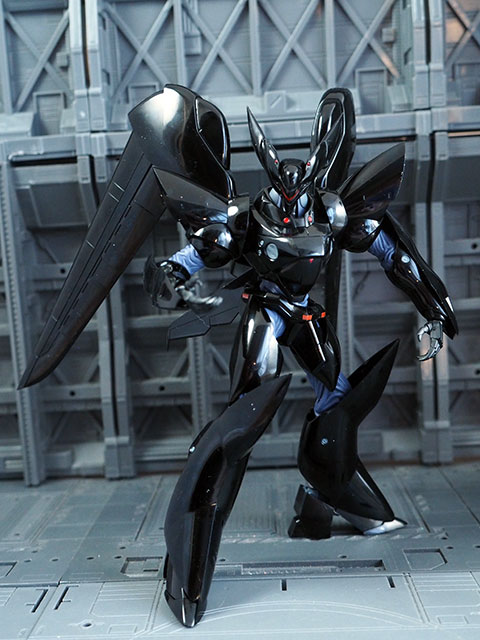 The finish is so shiny that I worried about fingerprints on the toy in the photos. I probably missed a few, so if you ever need to identify my body, you can probably lift prints from this toy.

Articulation is great, but as usual, hampered by the mechnanical design of the character. 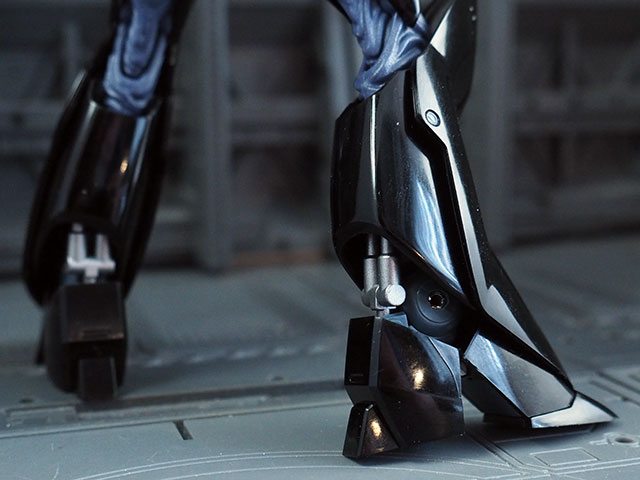 The feet have complicated, multi-jointed ankles, feet and toes.The pistons are for decorative purposes only. The knees are double-jointed, with a cloth-textured plastic coloring. 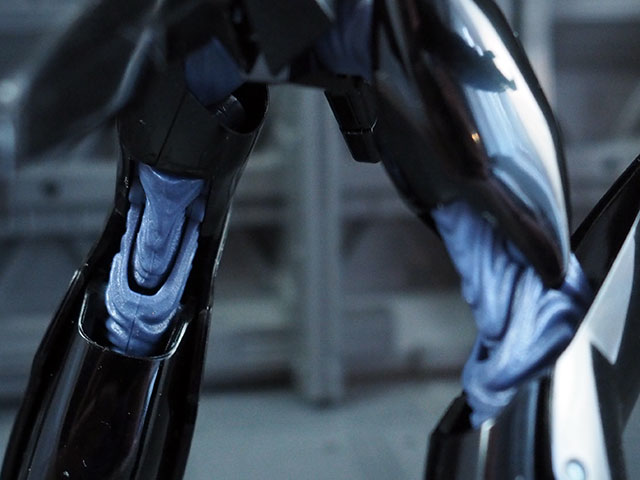 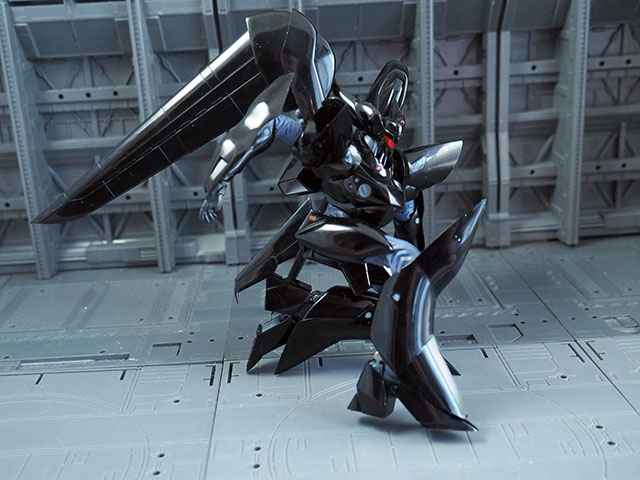 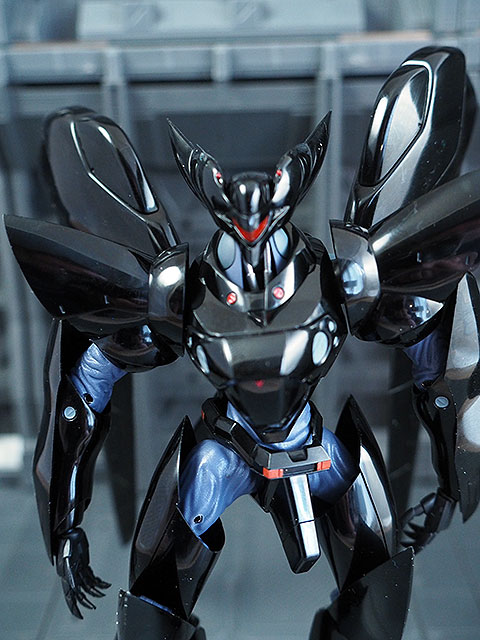 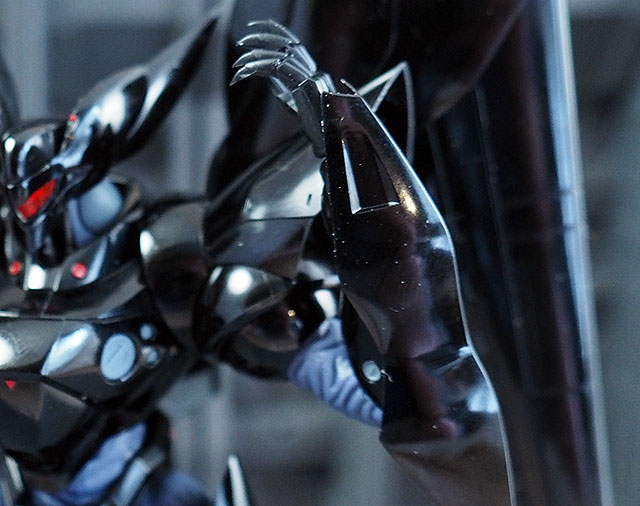 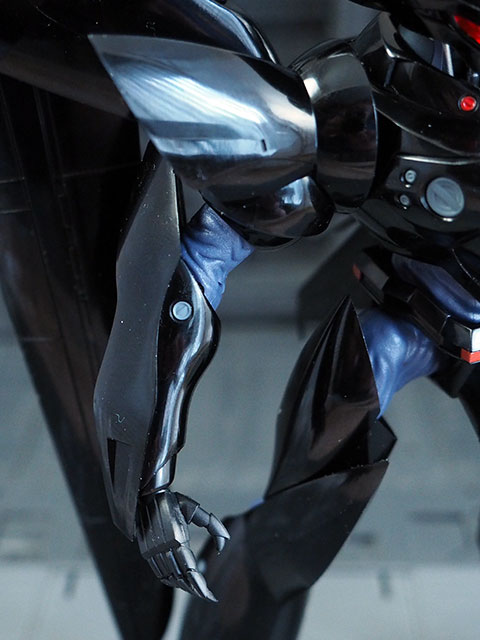 The wrists have a nice second joint at the end of the forearm that allows the hand to get away from the arm covering a little more. 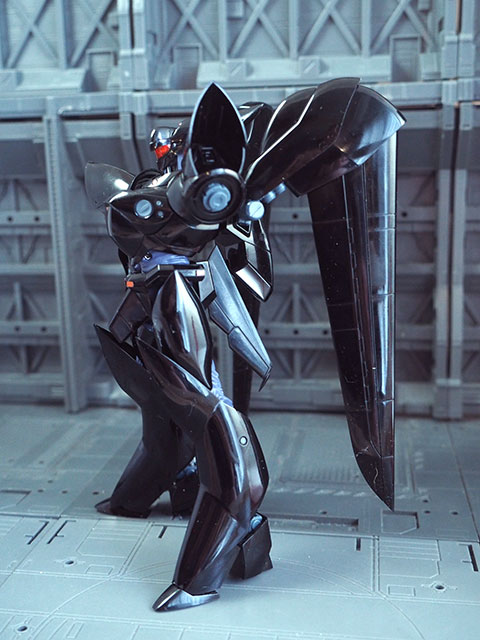 Each arm is removable at the bicep. 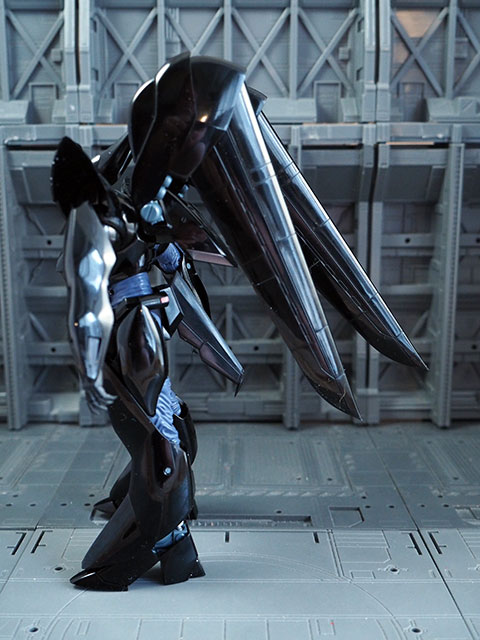 The flight unit is a moveable set of wings that plug into the back. They have to be attached when you take them out of the box. My guess is that Bandai will offer an exclusve Aqua Unit pack that you can swap out at some point. The small tail fin is movable, and can be removed for use with a stand attachment. 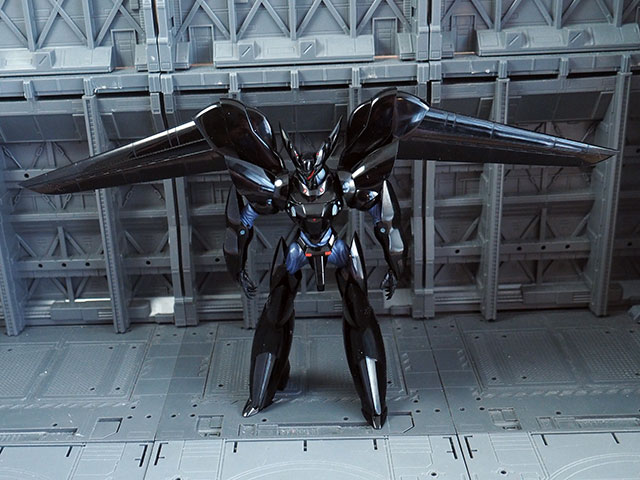 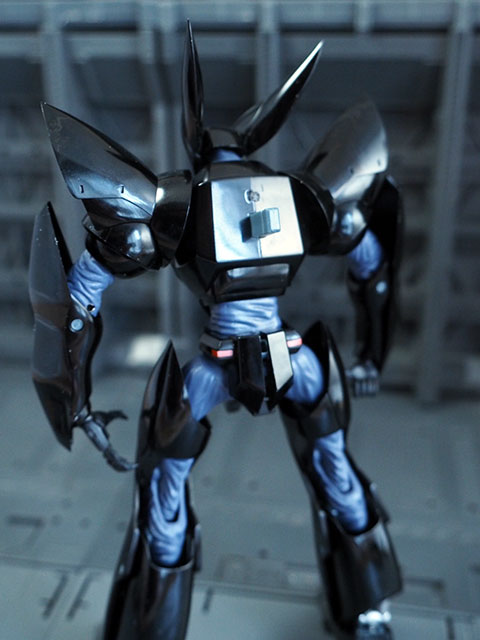 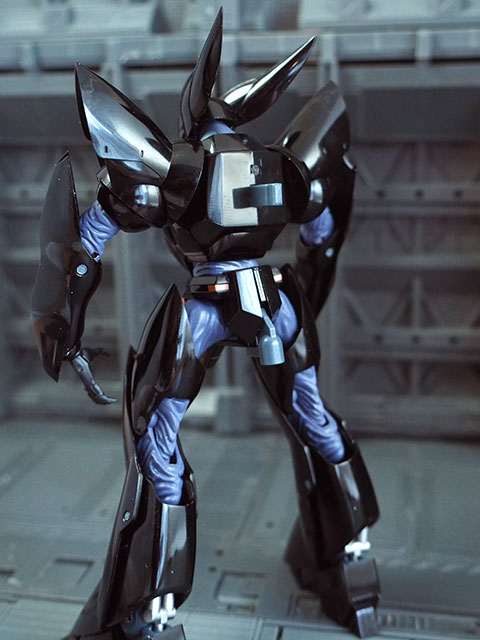 The coolest accessory is the severed head of Unit 02. Alas poor Horatio... 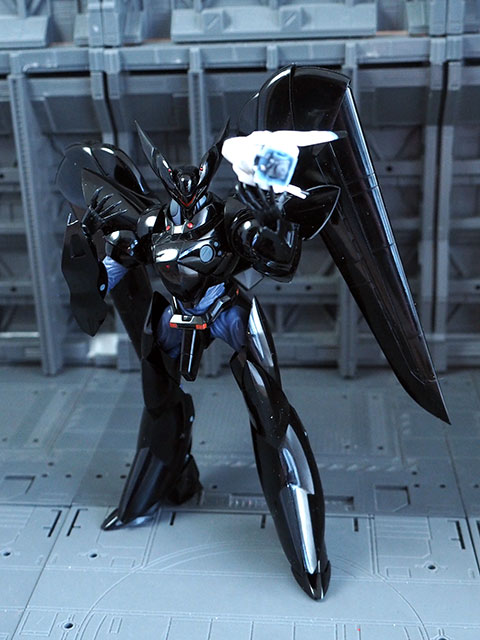 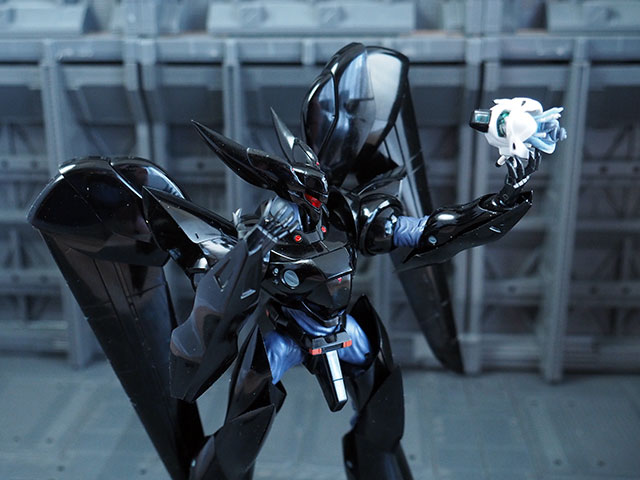 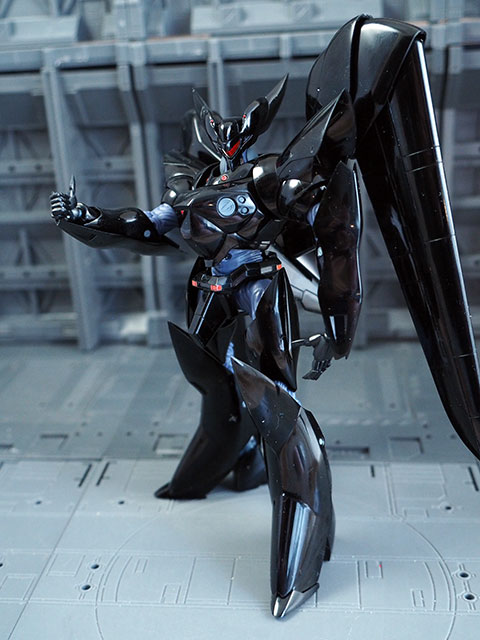 You get one "Thunbs Up!" hand. 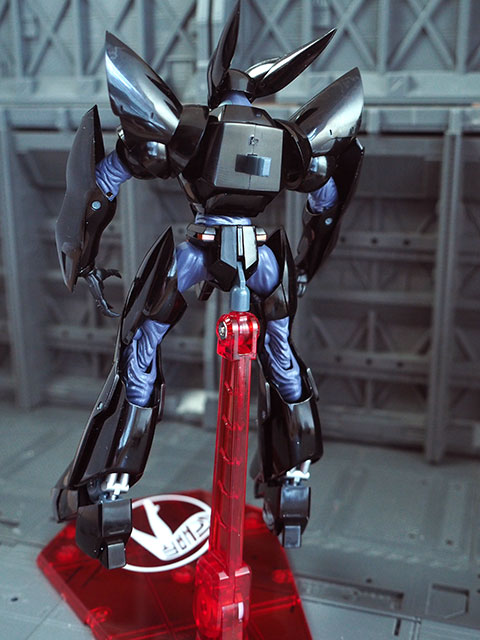 A special Tamashii Stand is included that has the SHAFT Enterprise logo in its base. Why is their logo a pair of sexy legs? Why not... 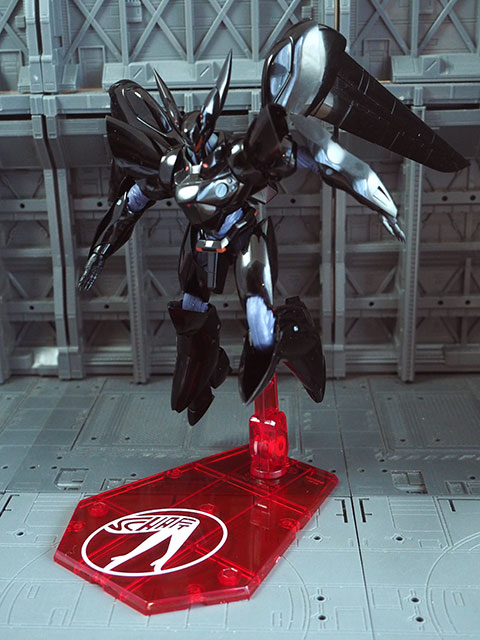 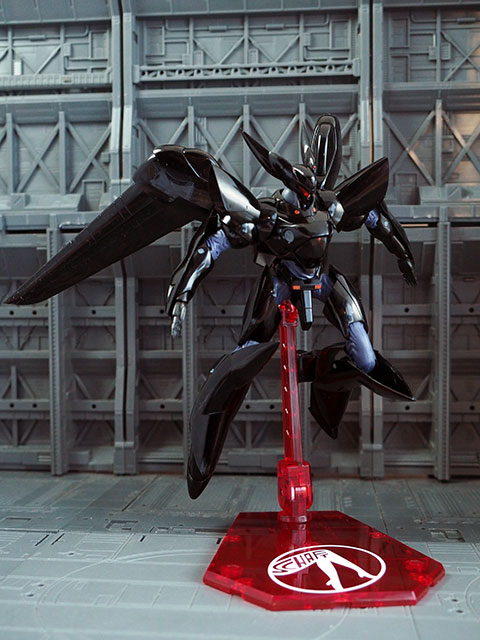 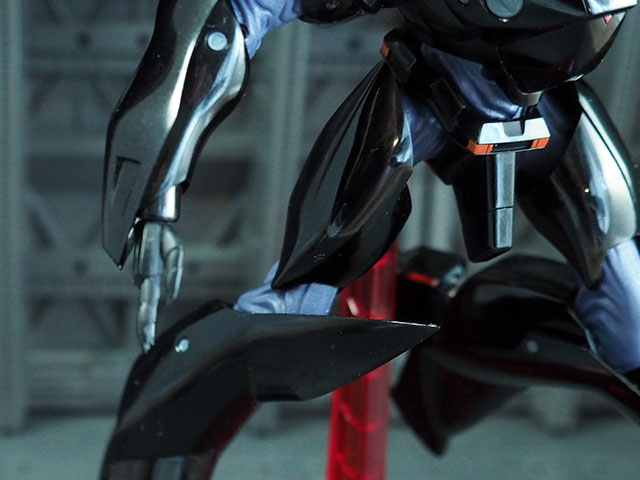 The flat hands are for flying poses - or karate chops. 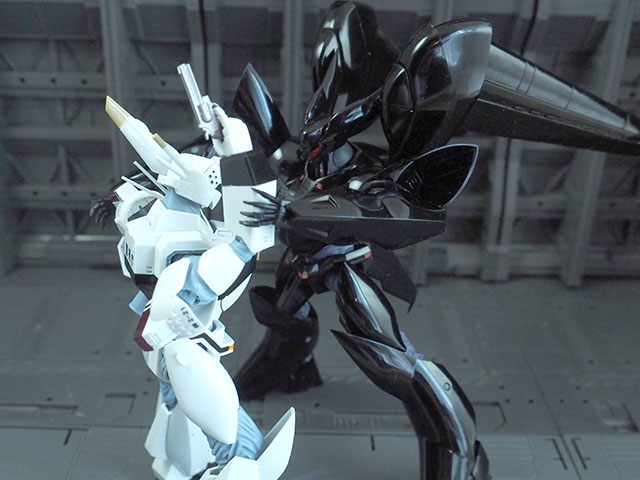 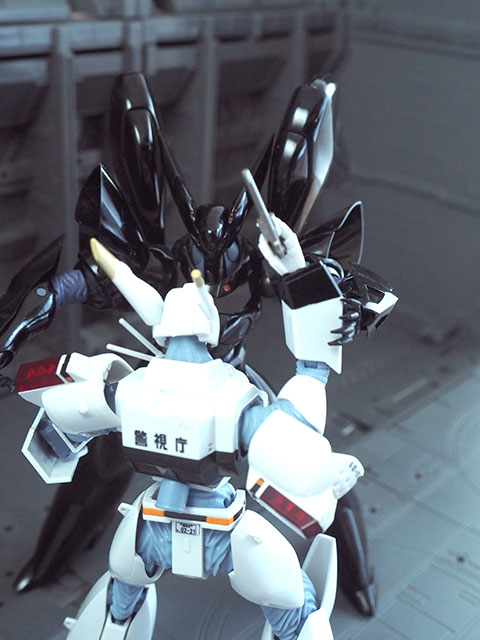 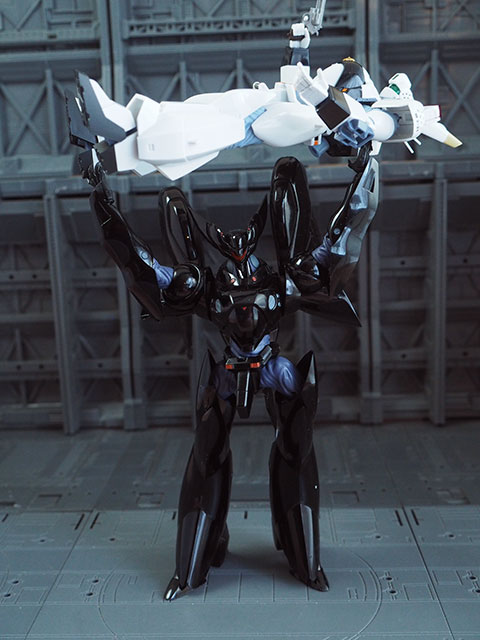 Thank you again HobbyLink Japan for this review sample.