I talked about GG Allin before in a previous review, but briefly, he was a punk legend known for being basically batshit crazy. He passed away in 1993, 25 years ago.

This bust is basically the best tribute ever, a "Deathiversary" bust depicting what GG might look like, buried underground, 25 years later. Or something like that. It's awesome, and my favorite Aggronautix release to date.

The sculpture is based on an illustration by Lou Rusconi, sculpted by Arlen Pellitier, and detailed and painted by Eddie Bradley.  It's limited to 500 numbered units, mine is number 245.

This thing is AWESOME. 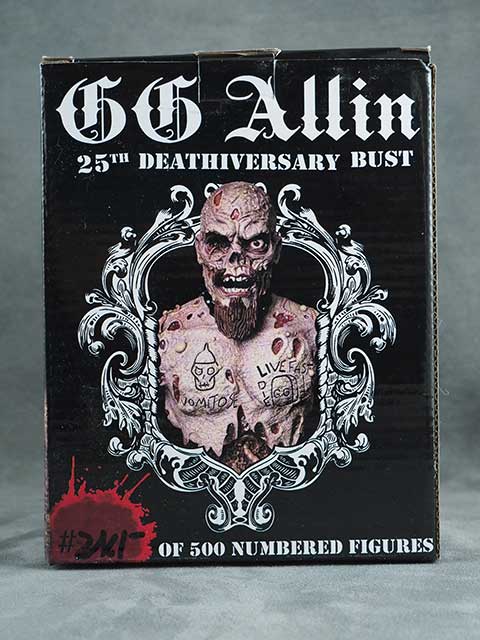 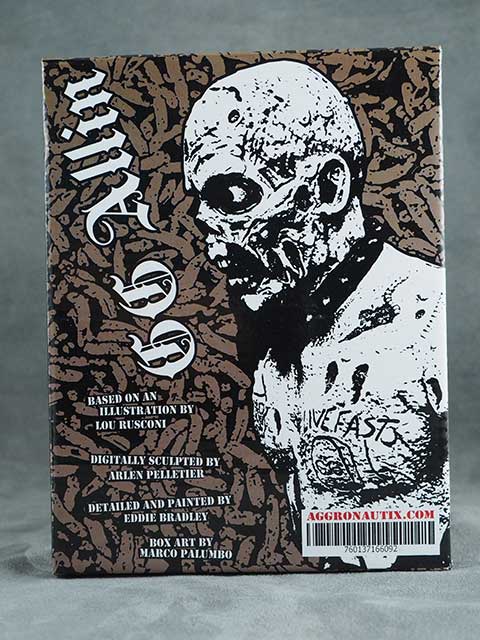 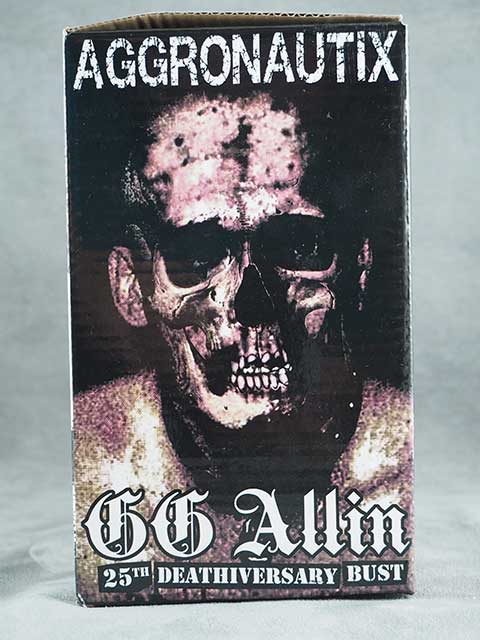 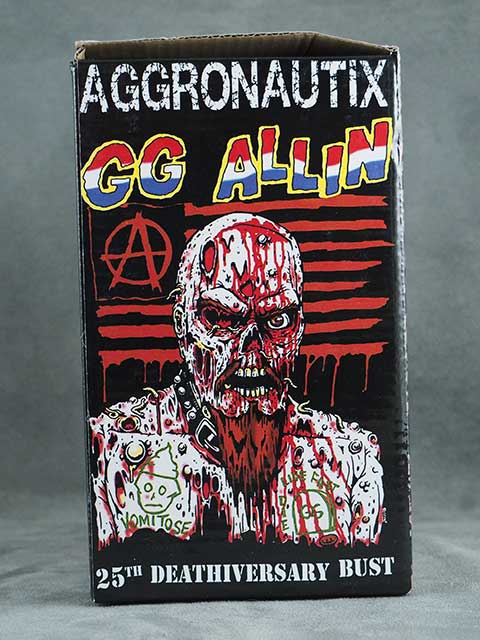 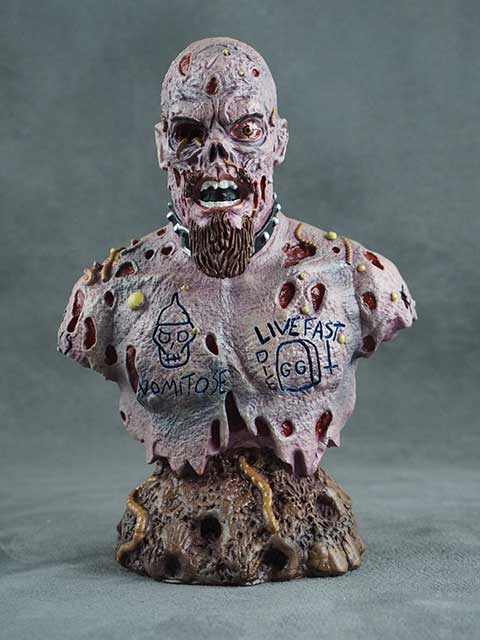 This bust was sculpted digitally, and it's got the most detail out of any Aggronautix product I've handled. There's so much going on here, so much wonderful texture and depth. I love it. 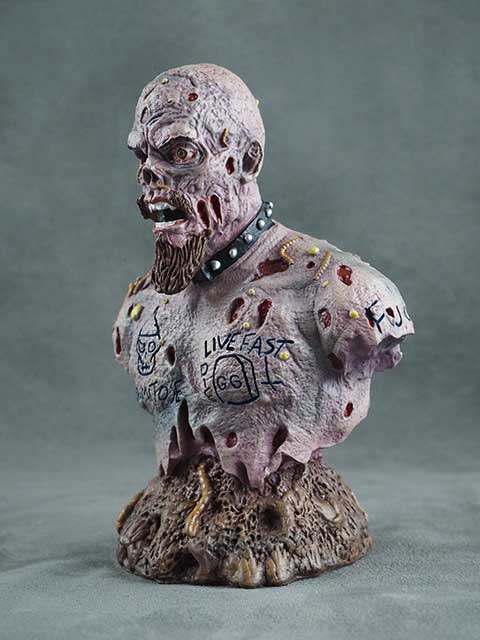 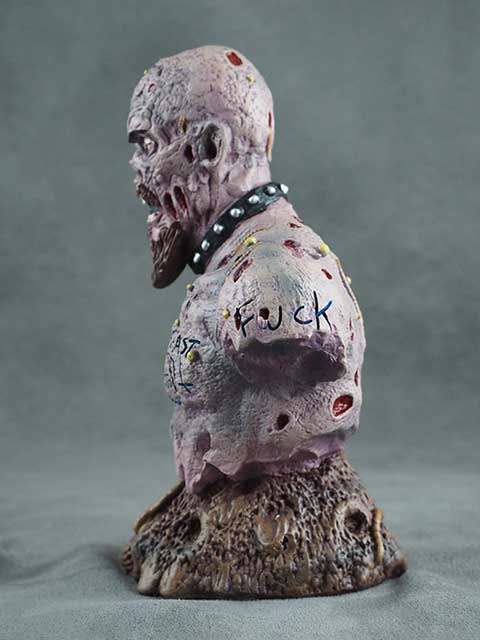 I love how the tattoos have basically been carved into the rotting flesh. 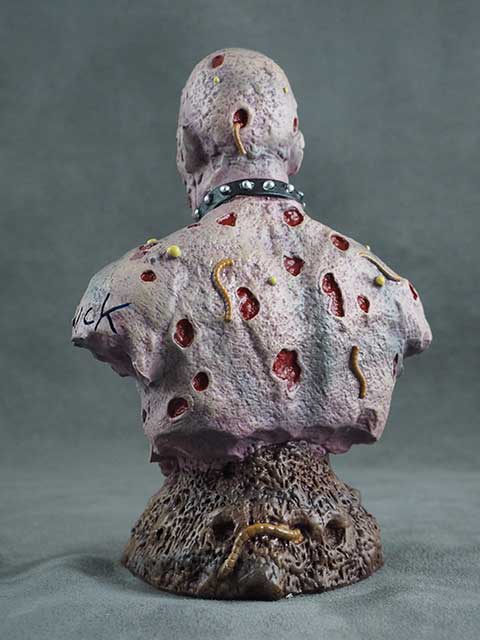 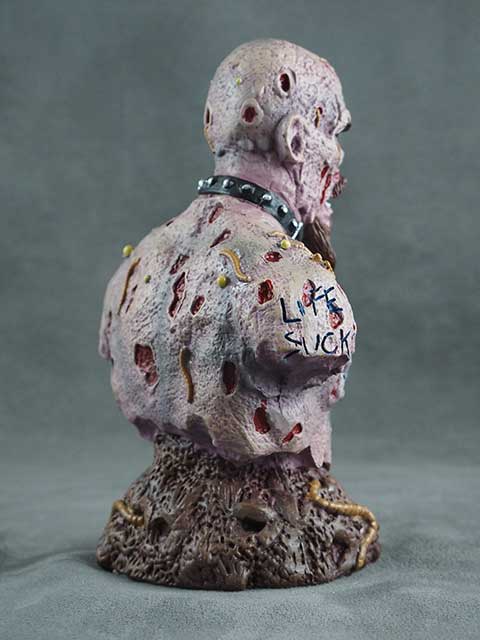 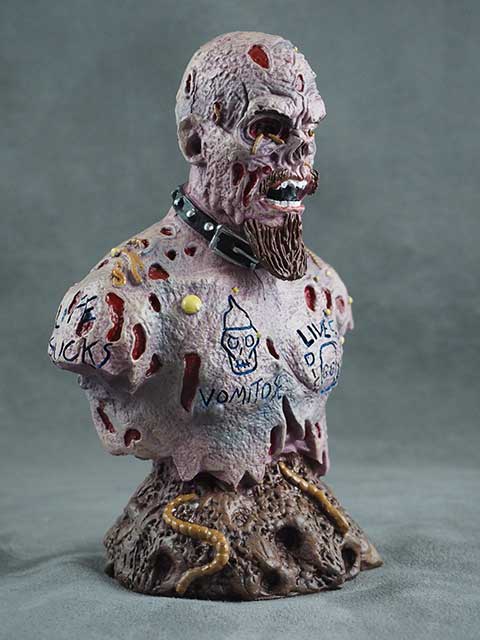 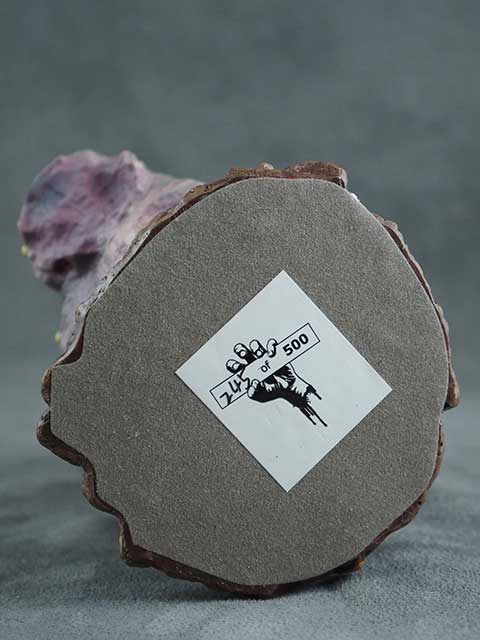 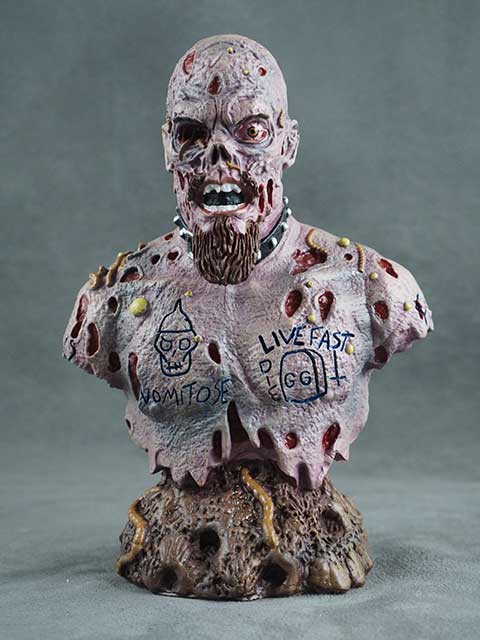 We need more rotted corpses of rock stars. I think it could be a whole new thing to collect. What does Jimi Hendrix look like now? Randy Rhodes? Cliff Burton? 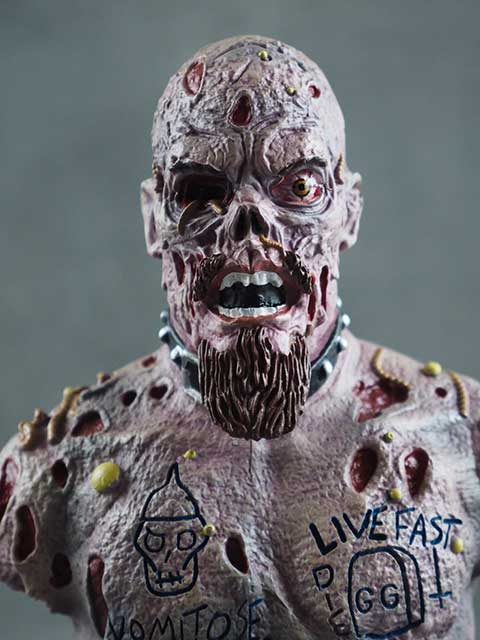 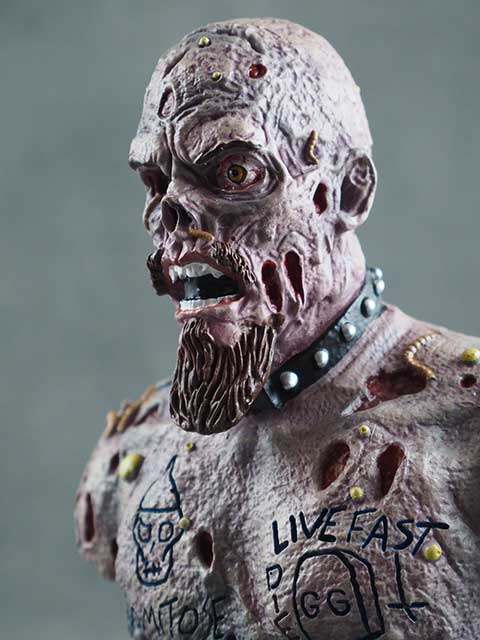 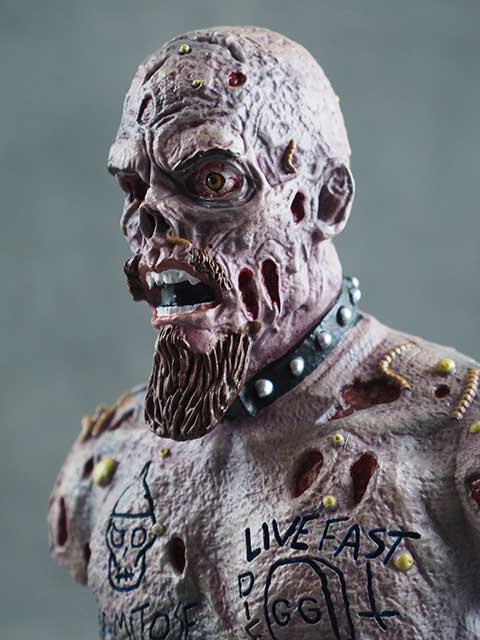 The bust stands about 7" tall and is made out of high-quality resin. You can buy yours directly from Aggronautix.

Thanks to Aggronautix for the review sample!