I chase so many toys that it's easy to get in a sort of rut, miss new takes on certain staples. For example, when I think Marvel, I think Marvel Legends. When I think DC...well, it used to be DC Superheroes, and then we got DC Classics, and now we've got whatever it is they're selling. But Hasbro & Mattel aren't the only licensees behind the the "big two".

Mezco Toyz is one of many smaller companies that caters more to collectors. And they recently started a 1:12 scale line. I've seen some good reviews, and been feeling superhero stuff lately, so I jumped. Starting with the world's greatest detective. 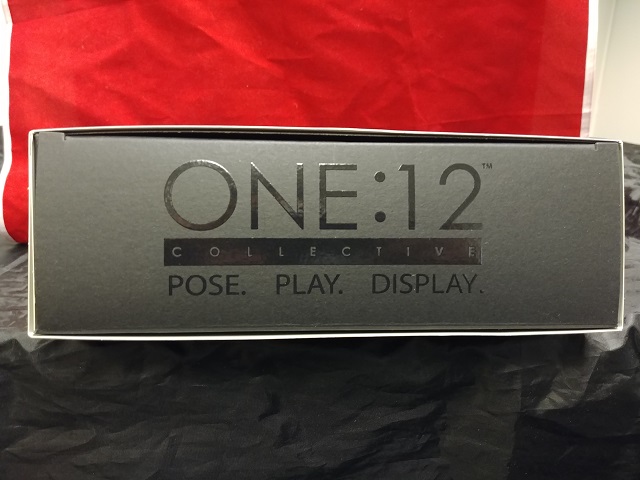 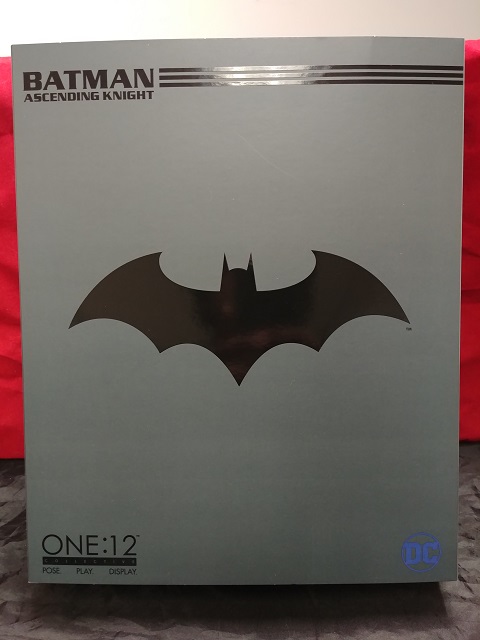 The top of the box presents the basics, but the front tells you what you're buying. 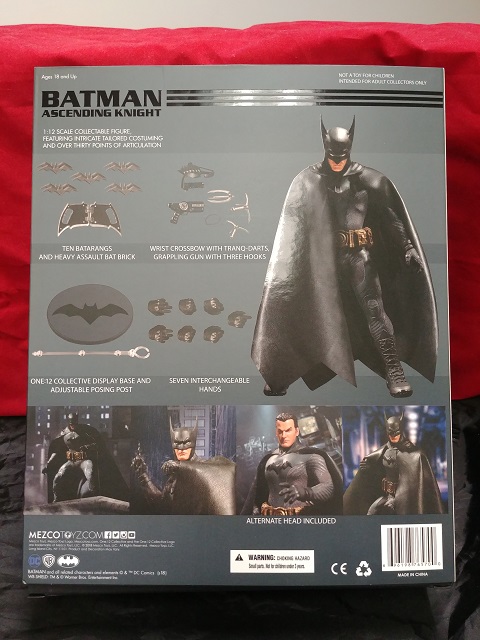 The back has an inventory and inspiring photos. 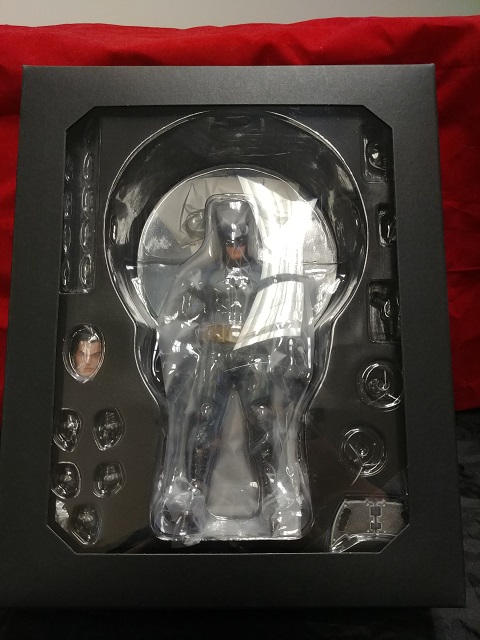 The box is window-style, the outer layer a slipcase. 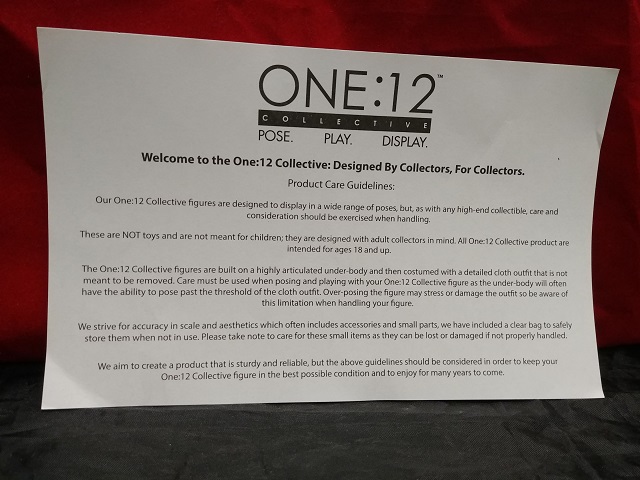 There's also a piece of paper giving you a full explanation of what you're getting into. 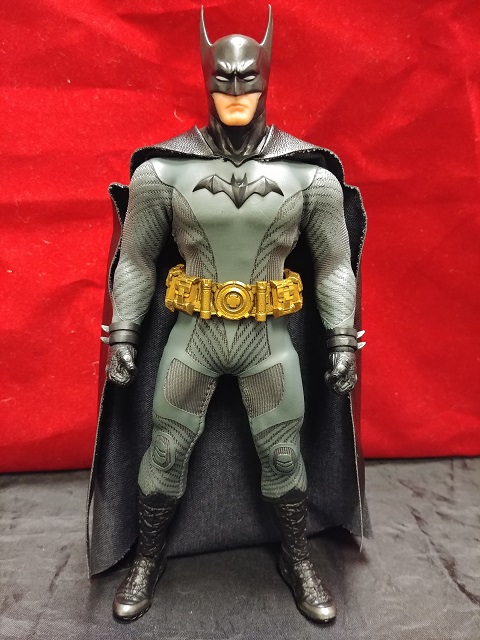 Batman remains one of my three favorite superheroes, so he's a good hook for pulling me in. And my first impression out of the box is 99% wow. Everything aesthetic about the Ascending Knight (first in a trilogy Mezco will use to chronicle Batman's evolution) is impressive. All body parts are firm. The suit is a stretchy mesh of cloth, elastic, & faux leather that feels like something a person would wear. It's form fitting, which accents the muscular frame, but you can tell the build is there by sight and/or touch. 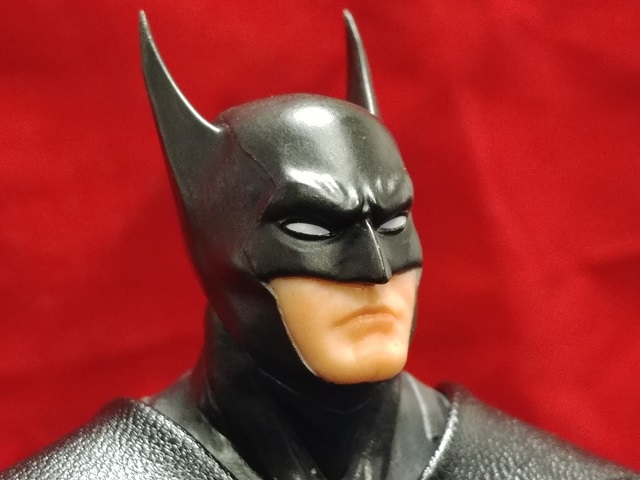 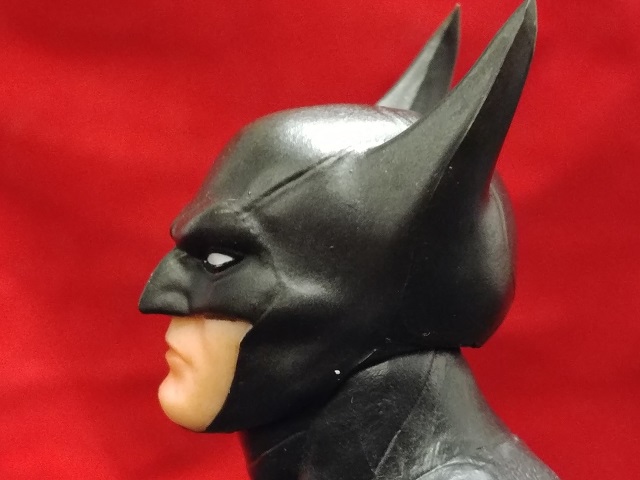 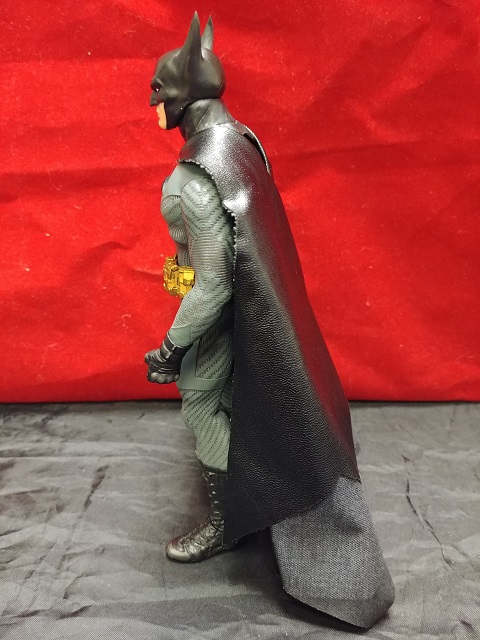 The gloves & boots are something more solid, the head feels like he could headbutt a bowling ball, and the belt is thoroughly sculpted. It comes off as dinky plastic, but isn't removable, so that's fine. That & the ankle joints are my only gripes. The cape is my favorite feature. It adds presence in every sense & does great with posing because it's so easy to hang. 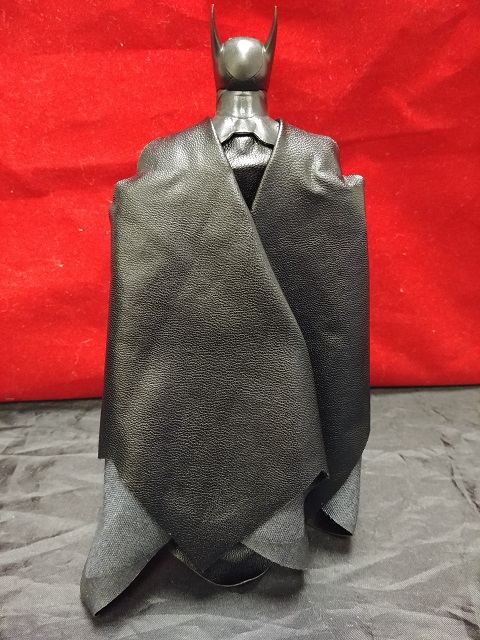 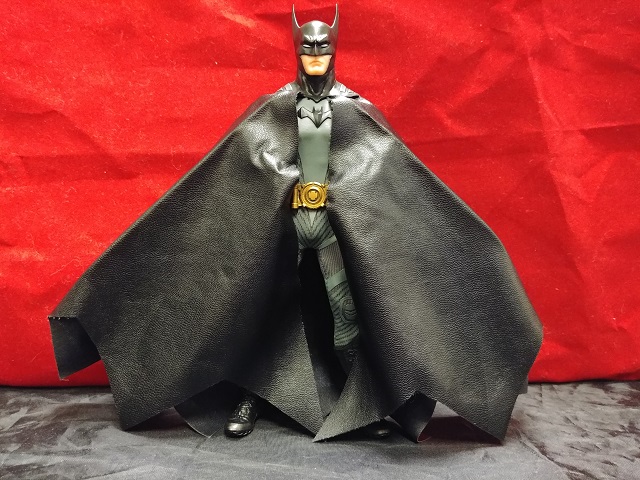 There are several creases that are seemingly permanent. With them, you can drape however much behind or in the front of the shoulders you please. I never considered it, but the cape is as integral to his image as anything else, so this is an excellent addition. 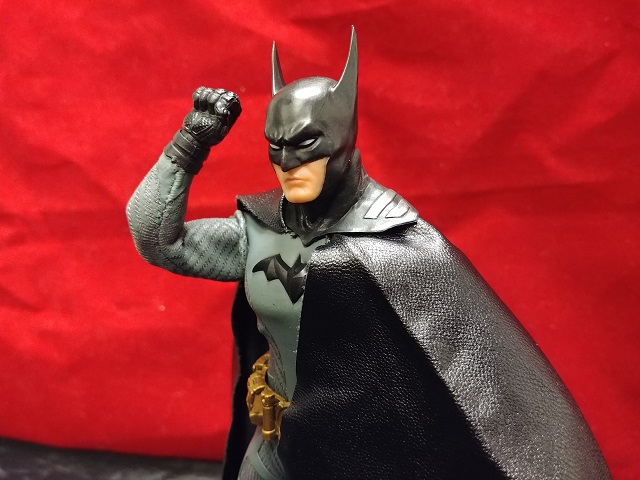 Articulation is full & solid, but like the instructions say, the costume creates limits. 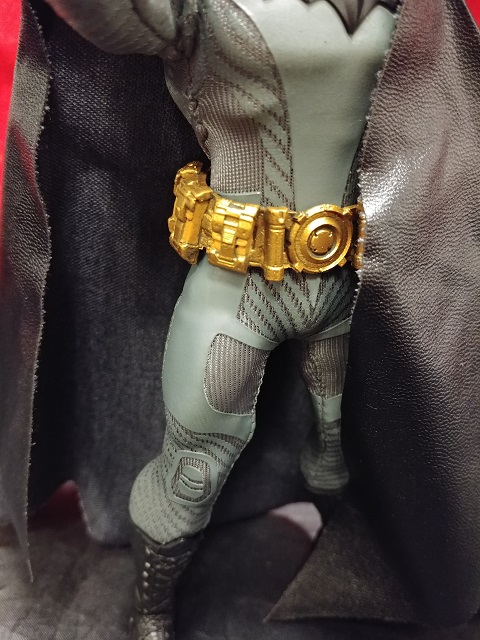 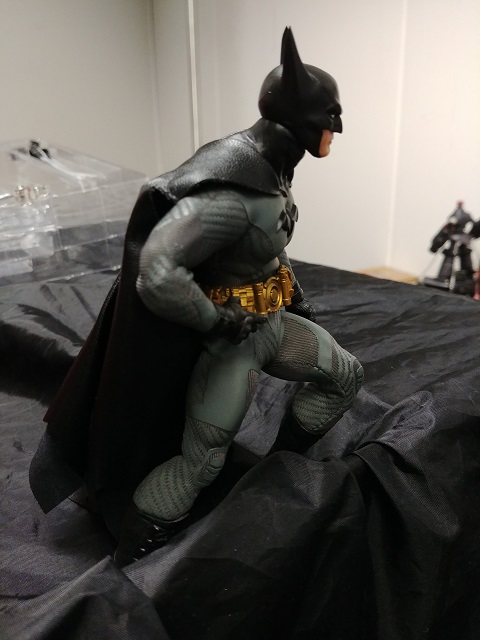 It may take some doing, but Batman can do almost anything you can imagine that's a natural human pose. 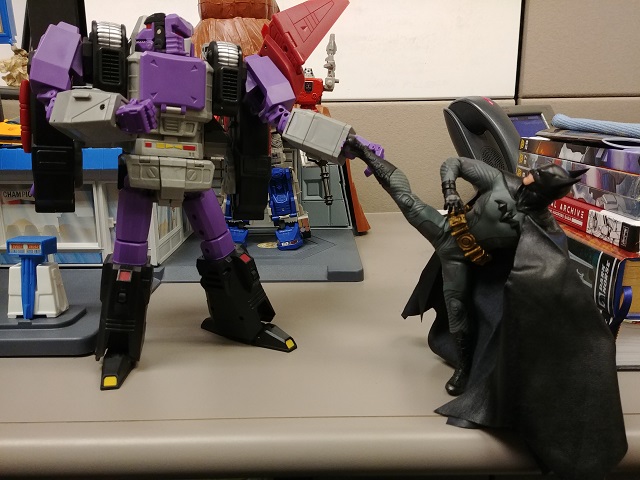 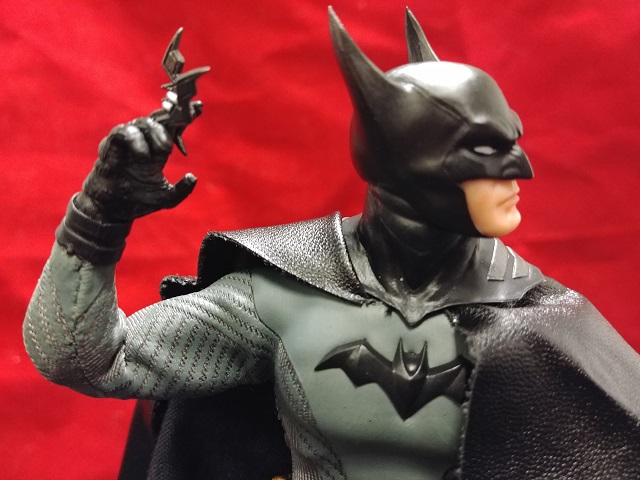 He has multiple hands to express & work with, which also lets him work his accessories, including some small batarangs... 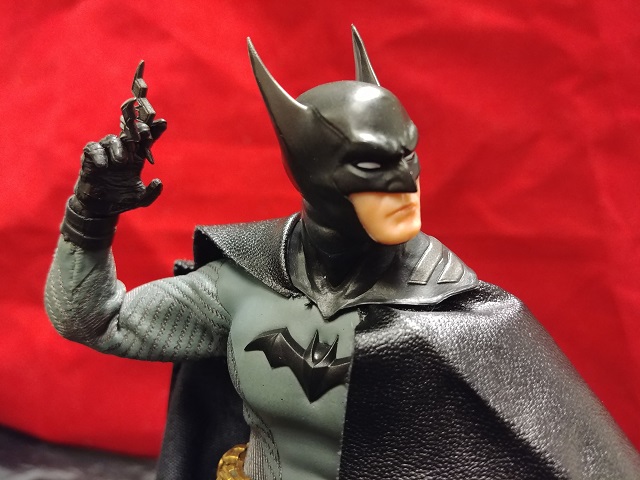 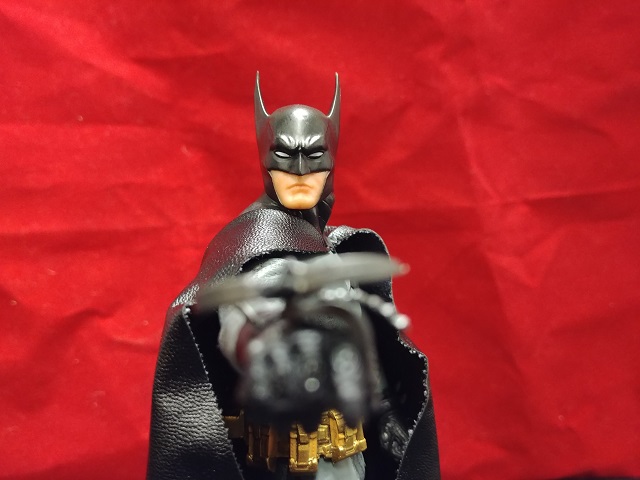 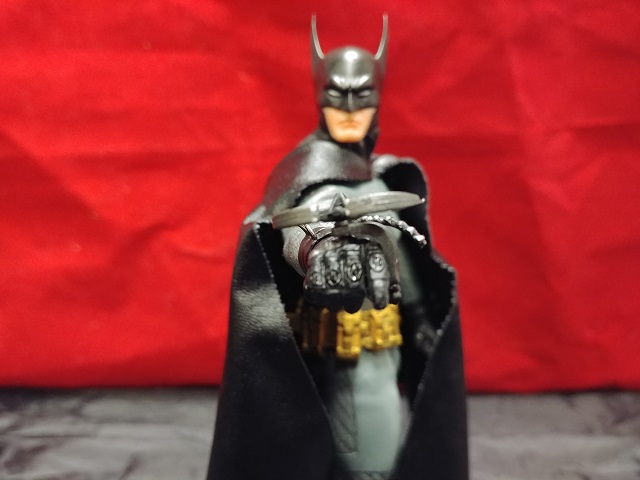 ...a wrist-mounted crossbow with tranq darts... 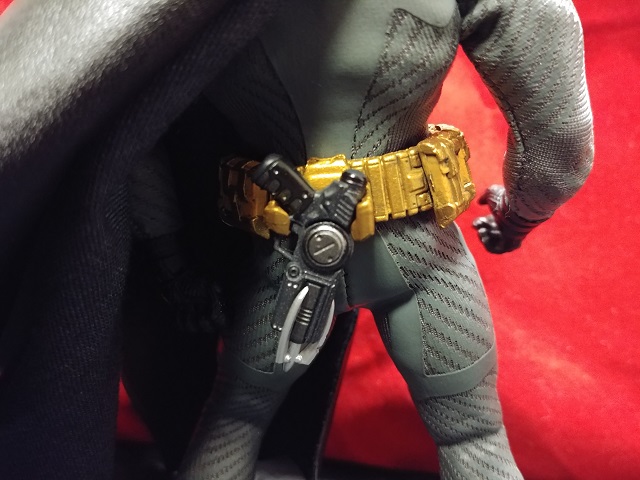 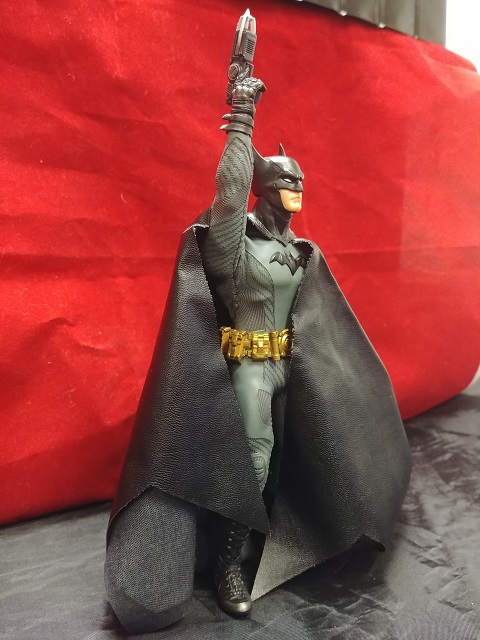 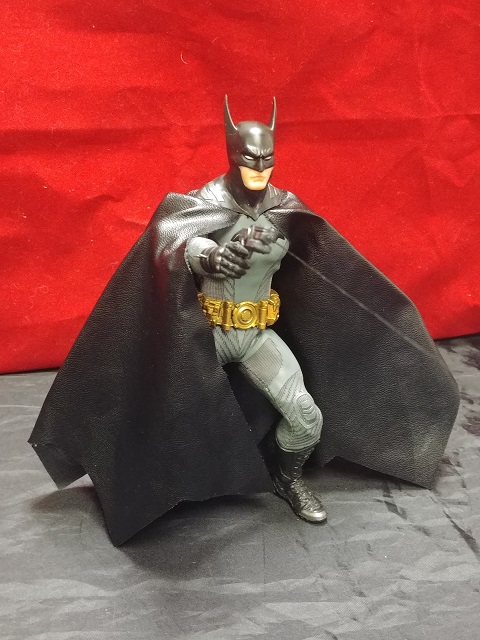 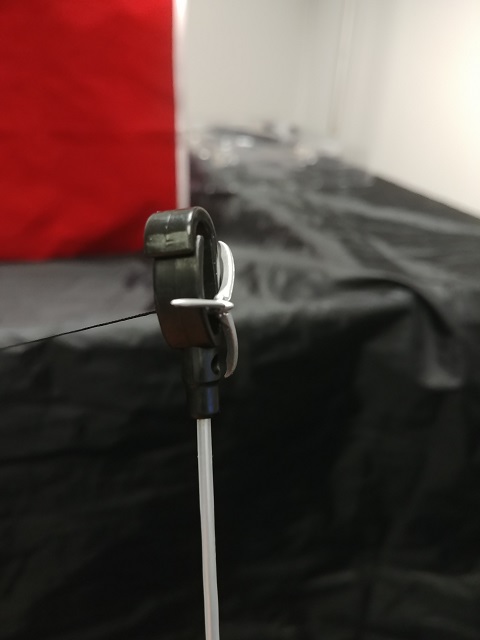 ...which can use three different hooks complete with strings... 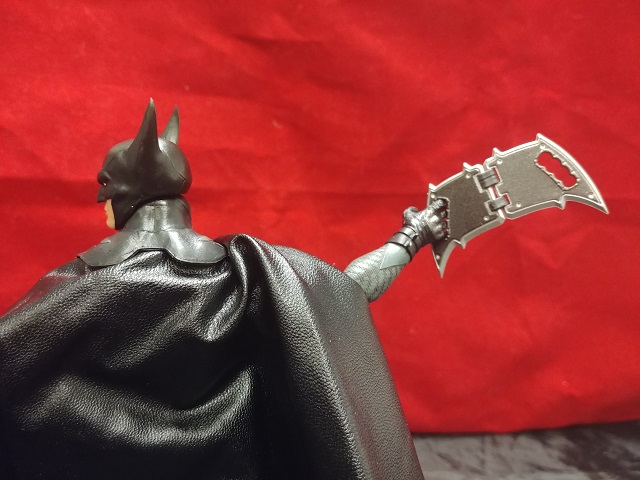 ...and a "heavy assault bat brick". Not sure how it'd be used, but it folds up & looks cool, so there's that. Ha, maybe it is just a brick with the "bat" motif applied. 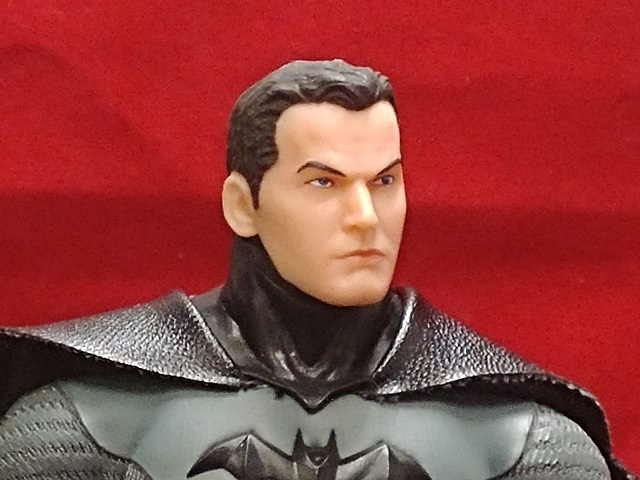 There's also an alternate head for Bruce Wayne. Not sure if he's got an iconic look as the comics go, so this is fine as plausible & well made. 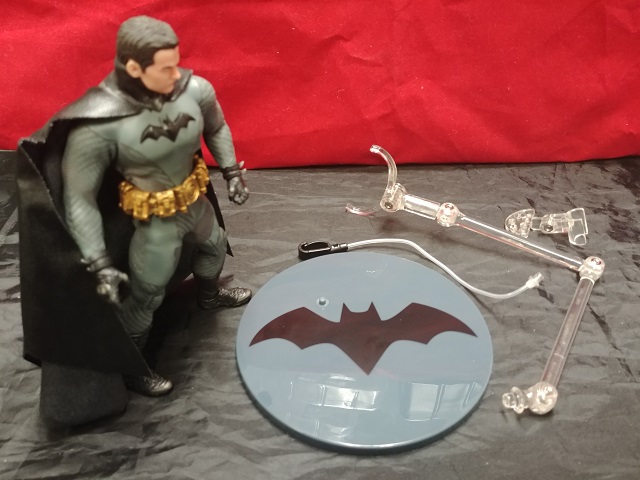 There's also a display stand which can work with a jointed bracket & an extra piece for plugin wire clips. I'd prefer if the clips were more like sticky pads or something else easier to use, but they can work with a little effort. 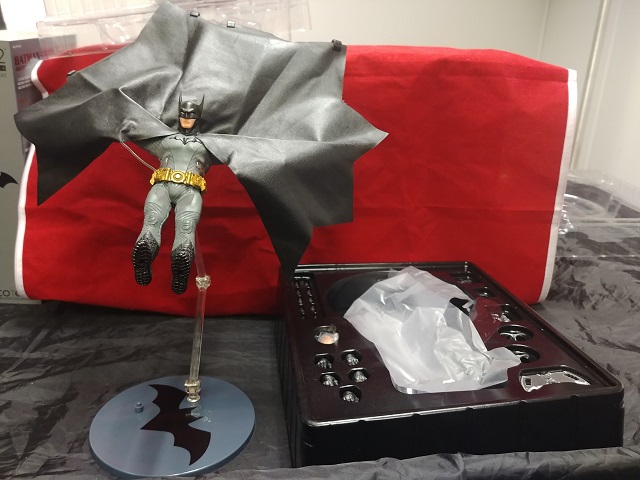 Mine was minimal, and I still managed this. Mezco's Ascending Knight is a hit for me. As a stand-alone figure, he's the best Batman toy I've handled. But knowing he's part of a planned trilogy adds interest. While he's very modern, Mezco took steps to homage his first appearance in Detective Comics #27. Hence, the pronounced mask, the short gloves & spikes, and the small bat symbol on his chest.

You can get a blue version for a few bucks more, and maybe the next figure (Sovereign Knight, released in December 2018) will be better. But for anyone with $80 to spend on an action figure or Batman, this is a good way to go.