Baoh began as a Manga series created by Hirohiko Araki in 1984. It was turned into an OVA in 1989, and that's when it came on my radar. Baoh's fantastic animation and extreme gore thrilled my friends and I, although our copy was a raw laserdisc copied to VHS. That's how we did anime back in the day, kids.

You may be more familiar with Araki's more famous work, JoJo's Bizarre Adventure.

There haven't been many toys of Baoh, maybe a few resin kits here and there. Recently, Medicos, the same company who makes all those great JoJos figures, put out a figure of Baoh. Initially a limited release at Winter Wonderfest 2017, this version with an alternate paint scheme is now available to the public.

You can get one at HobbyLink Japan

The box is slim and without frills. The foil embossed logo is the only sign of opulence. A sheet of transparent plastic obscures the vision of the figure through the window, defeating the purpose of the window altogether. 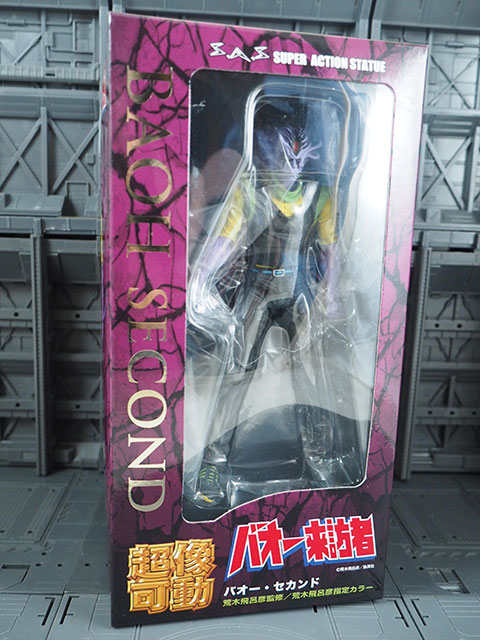 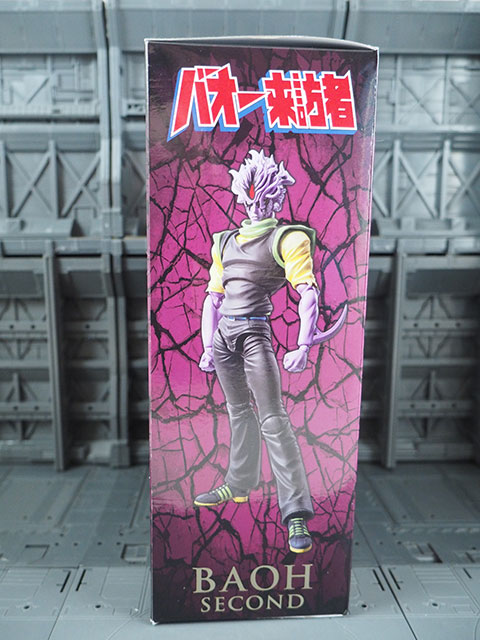 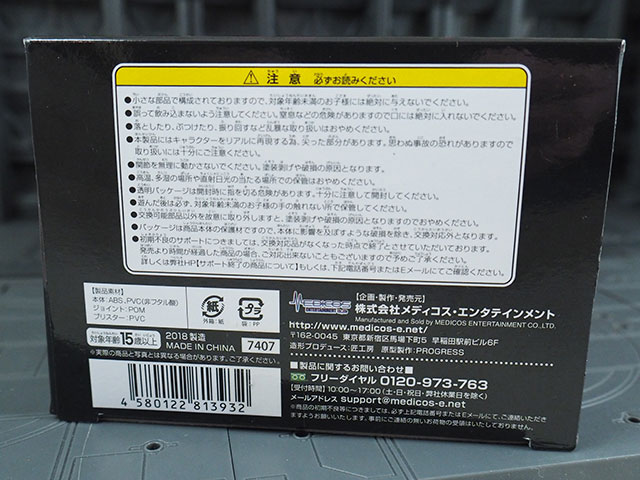 The figure is 6 1/2" tall and fully articulated. It looks fantastic, but it has its share of issues that keep it from being a totally great figure. 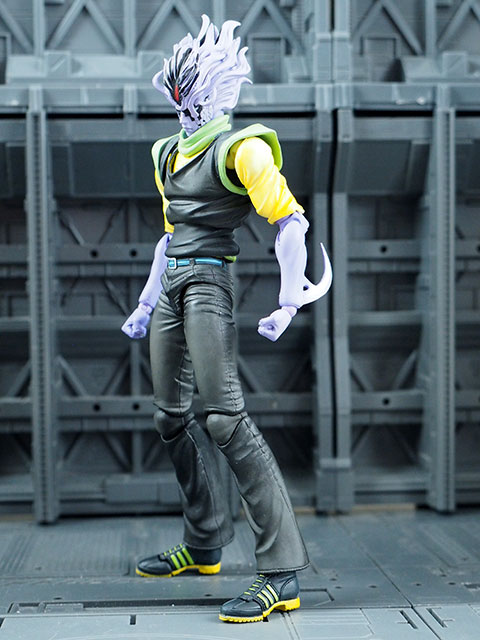 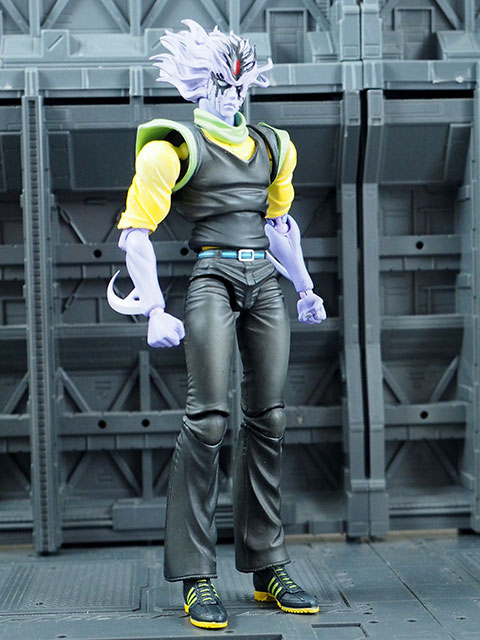 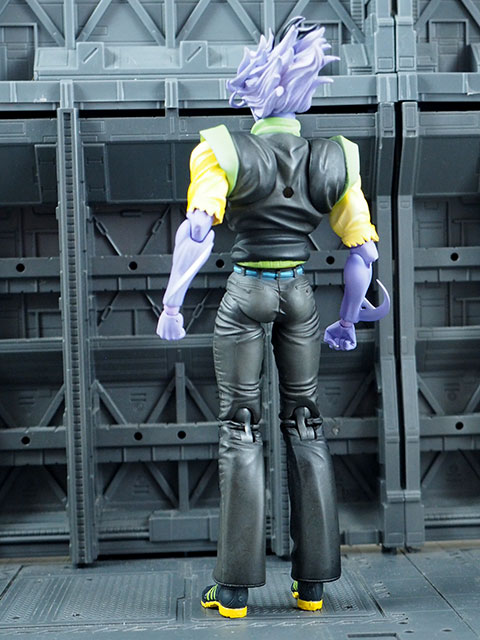 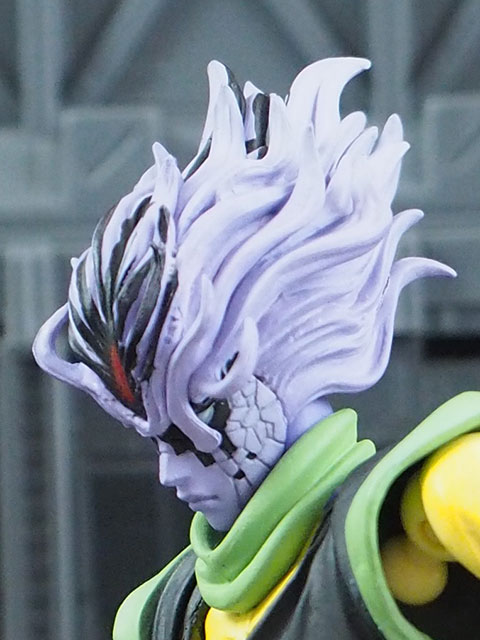 The detail on the face is fantastic. However, the head falls off easily because the nub on the neck joint is too short or thin. I'm sure you could thicken it up with tape or something, but you shouldn't have to. 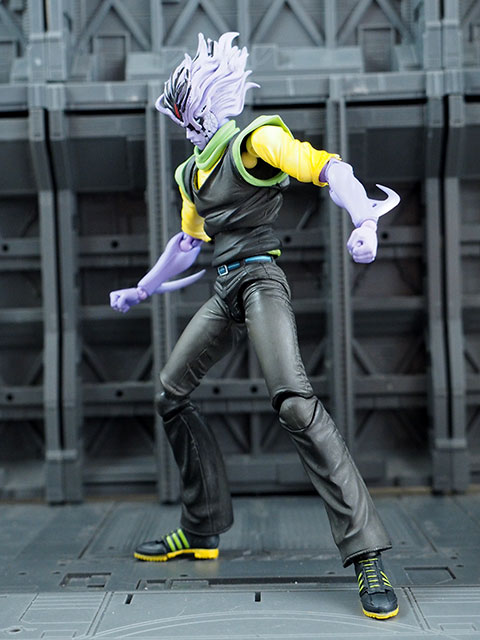 Articulation is great, but it lacks the refinement of a Bandai or Goodsmile product. It really is more like an articulated statue. Good for posing, but not PLAYING. Things will pop off and it does get frustrating. However, if you go into it with the adjusted mindset, it's ok. 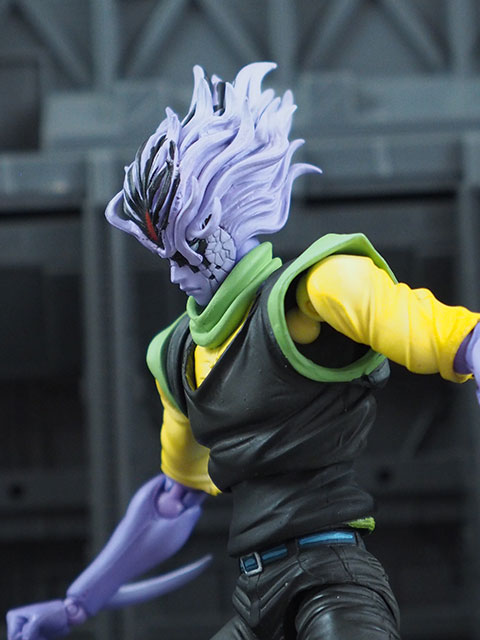 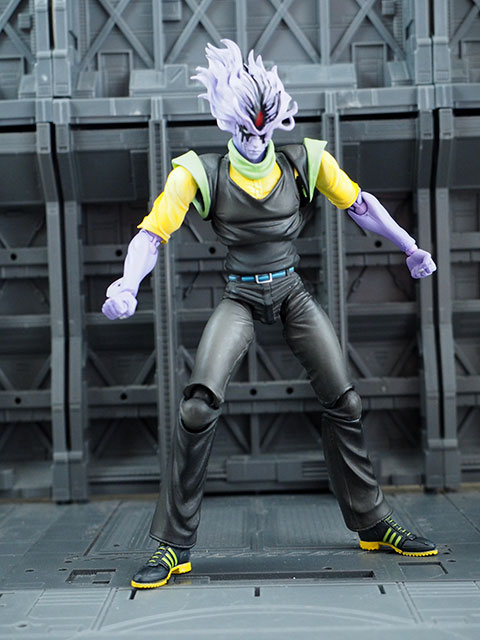 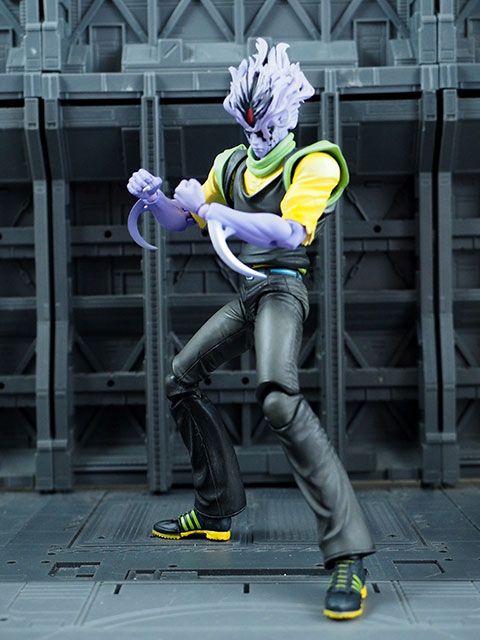 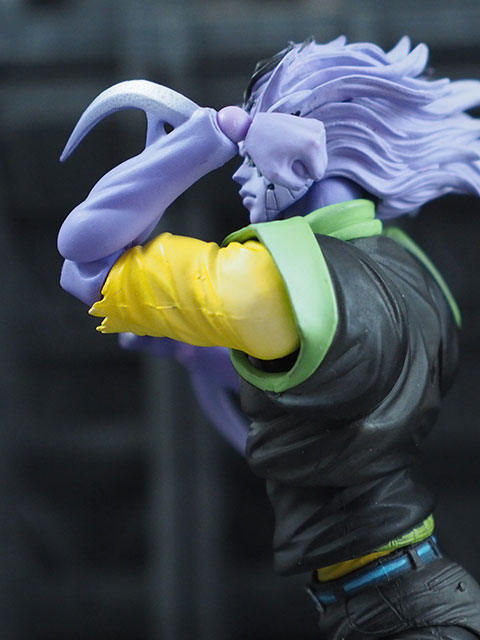 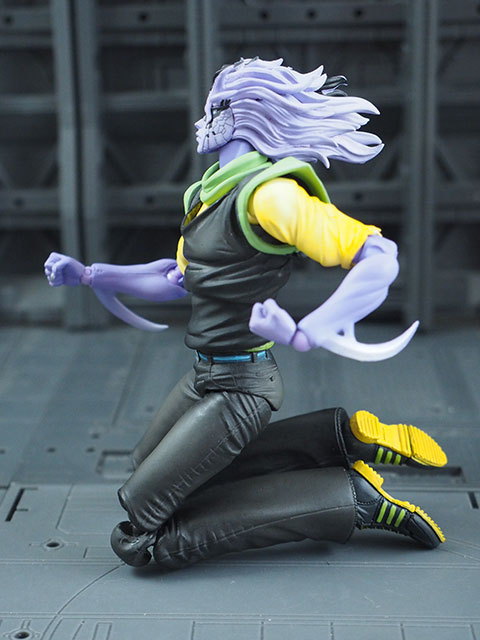 The knees are a huge issue. Yes, they are double-jointed, but the kneecap part falls off very easily. I lost one for about an hour and tore the room apart looking for it. This should not happen on modern action figures. Again, it shows a focus on looking good as opposed to being a good TOY. 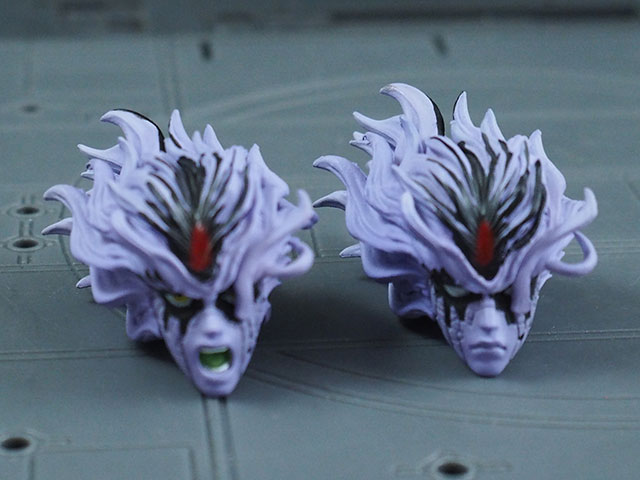 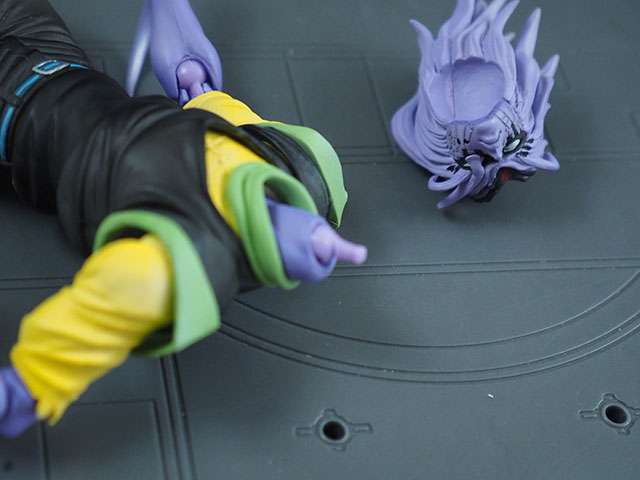 An alternate "screaming head" is included, but it has the same issue as the other head. It falls off easily. 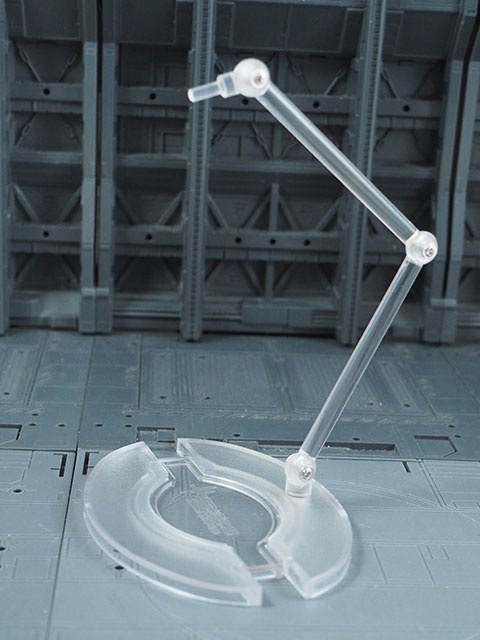 there's a nice stand included that enables great action poses. The stand base separates into three parts, and the multi-joint-arm plugs into the back of the figure. The arm is a bit loose at first but can be tightened with a Phillips screwdriver. 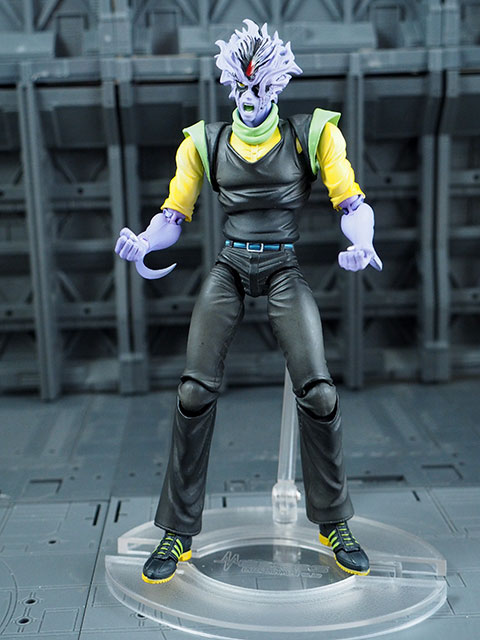 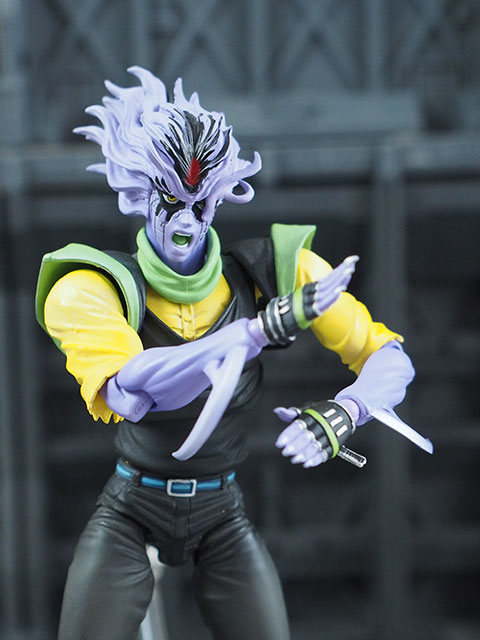 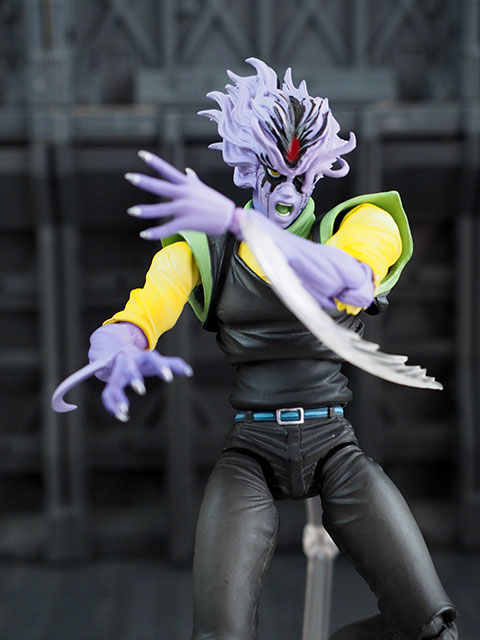 A slashing effect part is included, but it doesn't work well. It never sits all the way on like it should, and then it falls off easily. 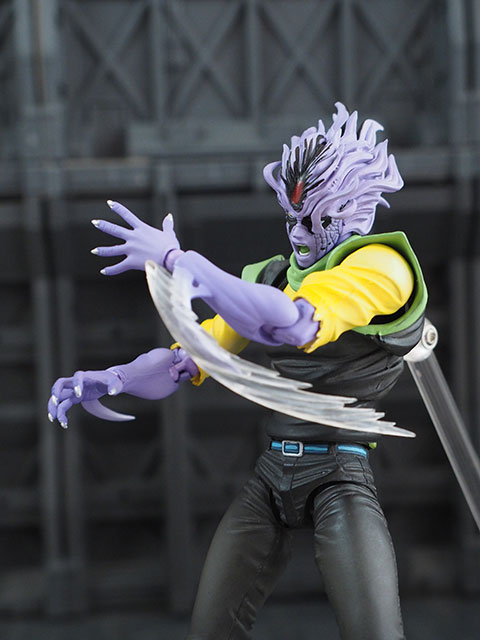 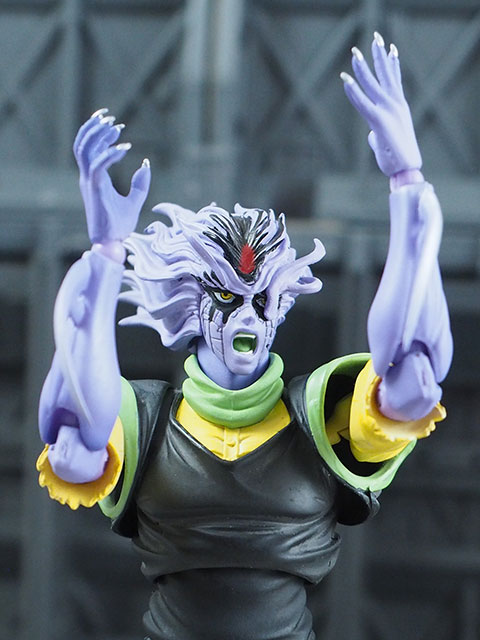 Also, note that his arm blades sort of curve inward. I am not sure if this is by design, or a flaw, but the effect part is not curved like the blade, increasing the issue with the fit. 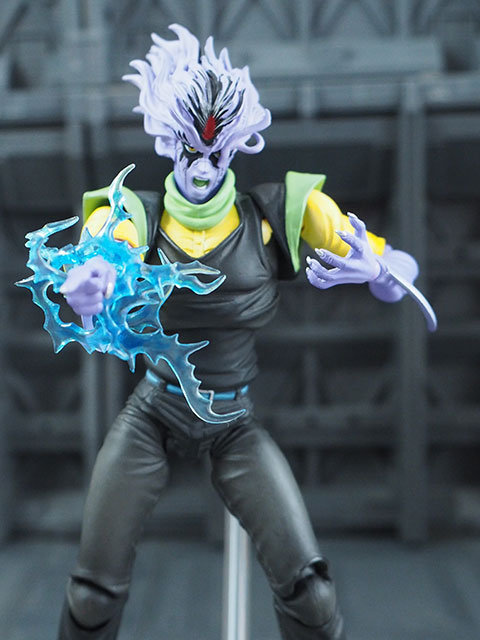 The one accessory that does look great is the crackling energy effect. You have to remove the hand and slide the hole through the wrist peg, but it just looks fantastic. Use it with the accusatory pointing finger of doom! 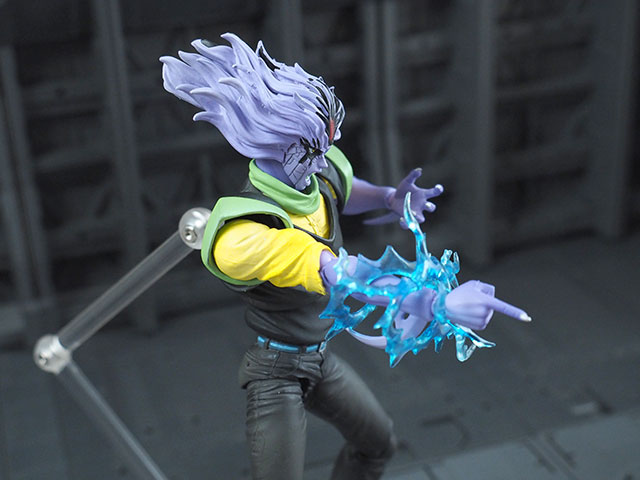 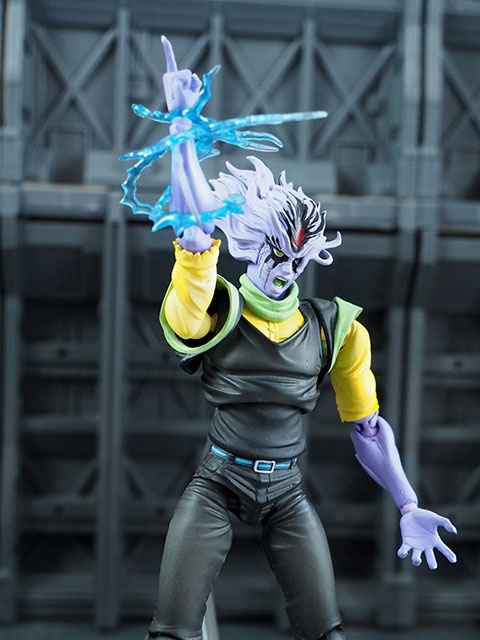 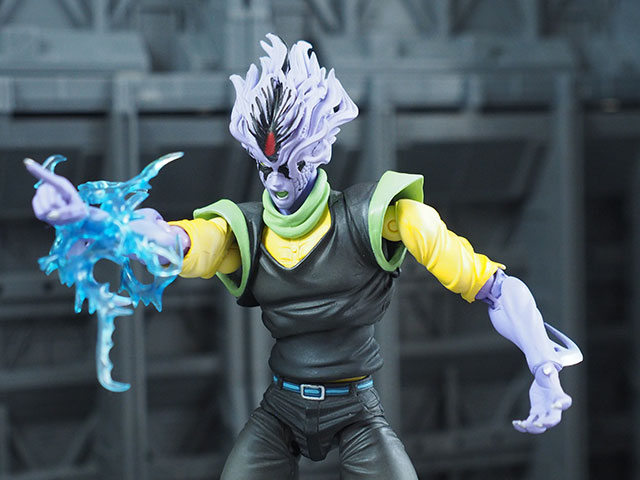 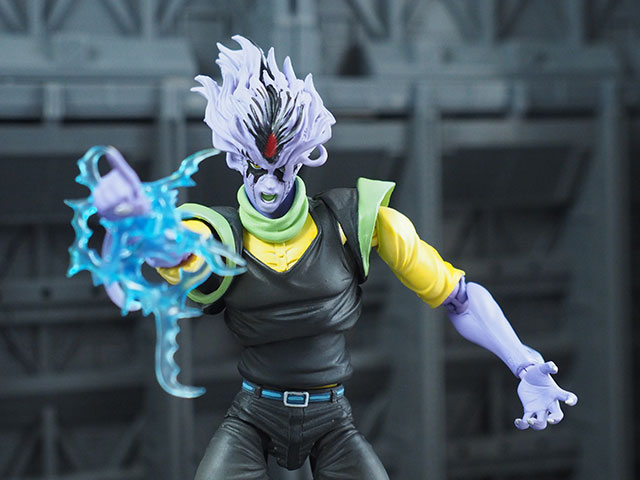 Toys of Baoh are few and far in between. There was a Medicom Real Action Hero, A Bandai Movie Realization, and the two versions of this guy. If you really like the character, this is probably the best one you can get, despite its flaws.