Windblade: love her or hate her, if her role on the upcoming Transformers Cyberverse show is as large as it seems, this fan created character is here to stay, and with her inclusion in more and more facets of Transformers as of late, it isn't too far of a stretch to assume that in the Transformers rid2015 line, windblade would get her own figure. But the figure featured in this review isn't that version, but the strangely unannounced variant, with a new head sculpt.

Being Rid2015, I want to get the fact out of the way, that this figure is of course, lacking paint. However, because of the variant color scheme, the figure isn't trying to depict the character how the show does, so I don't really care.

Windblade in robot mode looks pretty alright. The color scheme is basic, but it looks fine enough. The yellow is an interesting addition, and the light blue is a necessary highlight for her fan and stomach that the figure would feel naked without. Honestly I can't be too enthused by these colors. Maybe they just don't speak to me, I just know I think they're ok. 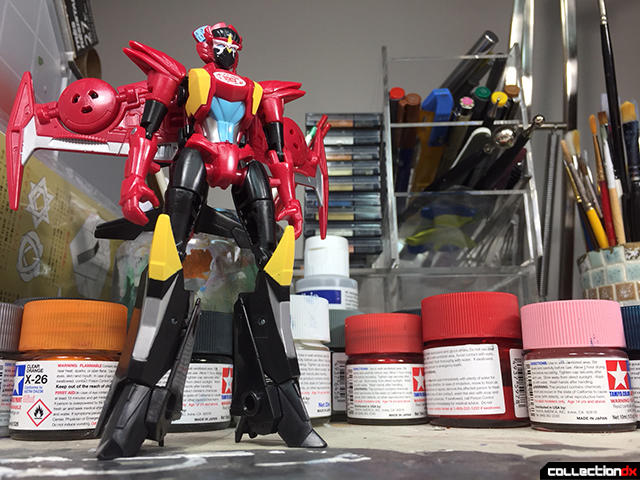 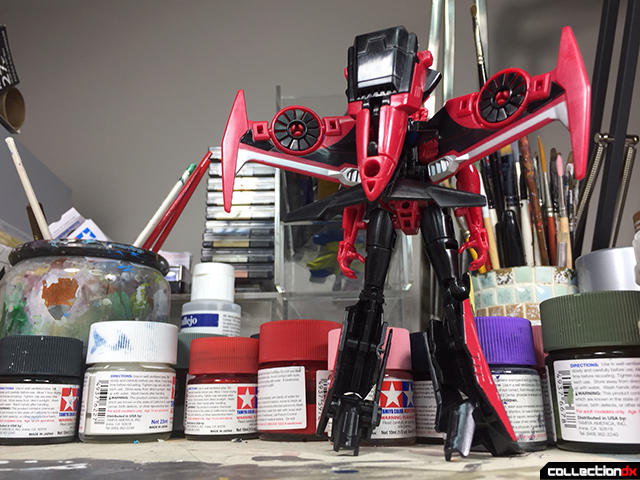 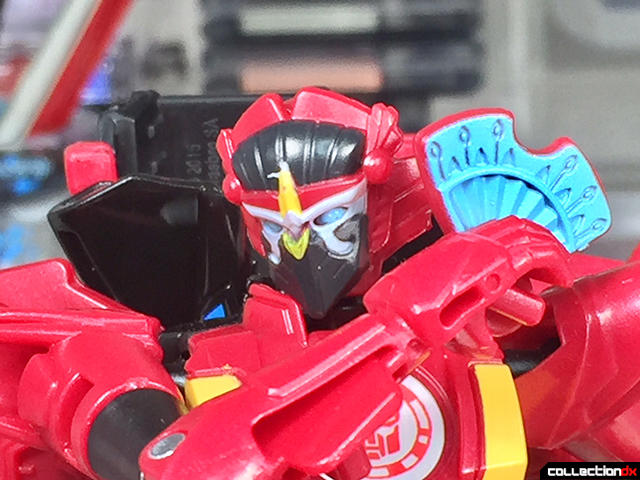 That being said, the robot mode design itself is pretty strong. The new "battle mask" head sculpt is really cool, and I'm surprised the figure even has it, considering it just sort of showed up in stores with little warning or fanfare. Honestly, the only real negative I have about the mode itself, is the huge backpack for the balance issues it causes, but even those are pretty minor. The articulation is also pretty good, with an above average amount of joints including both a waist joint, and ankles that pivot back and forth. It should be noted that, as cool as it would be for a sword wielding character such as Windblade, there are no wrist swivels. Putting that into consideration, the arms are probably too thin for them anyway. 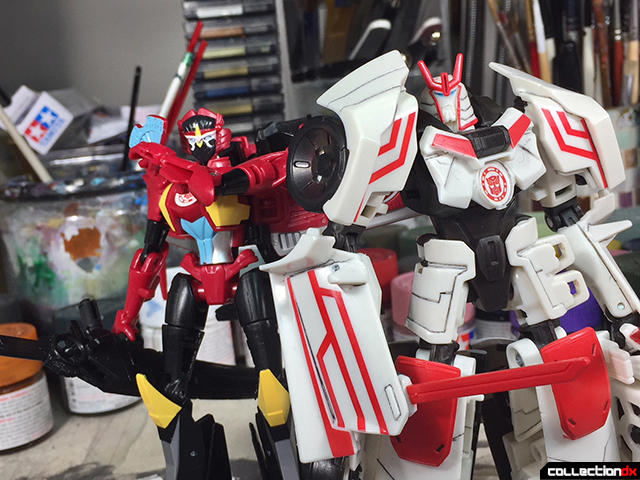 For accessories, Windblade includes exactly what you would expect. Her fan is painted blue only on one side, so the way she can hold it while looking good is a little limited. That being said, when she isn't holding it, it can store on her head, which I love! Her sword is all black which is just fine, considering any paint it could have might scratch after when sliding it in and out of the sheath. The sheath itself can go on Windblade's hip, or she can hold it, which is a great touch. 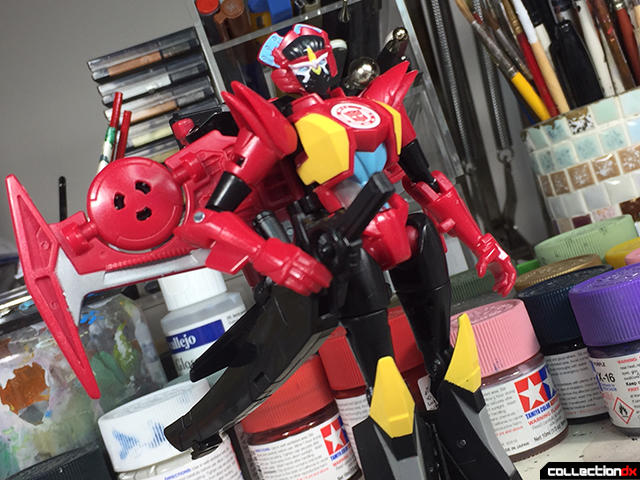 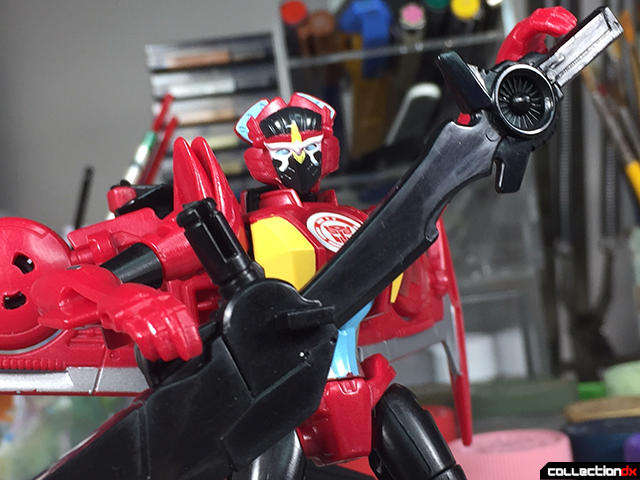 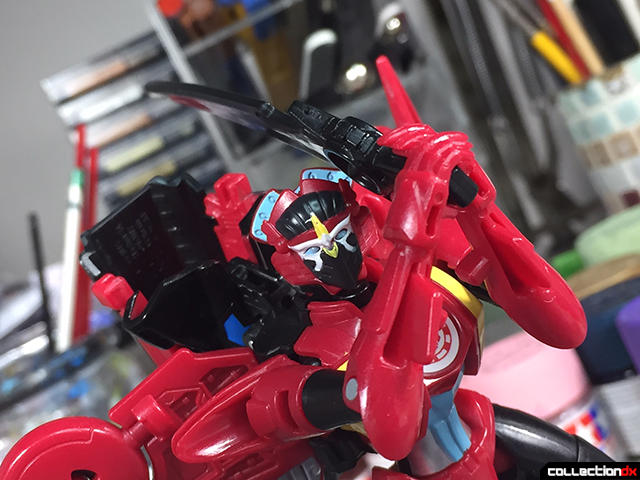 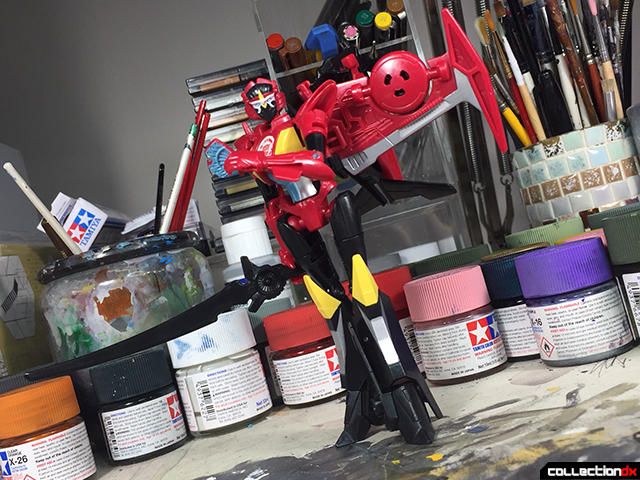 Windblade's transformation is kind of a nonevent. It's one of the most basic jet deluxes I've ever seen, but it's one redeeming quality is, that unlike the Generations version, the gap between her legs is actually filled in.

VTOL Jet mode is kind of underwhelming. Her arms just hang off transparently, and the underside is so visibly wrought with kibble, that in some spots, id fail to recognize this as an alt mode. I'm fine with robot kibble, but when it's this visible, I can't take it. The weapon storage in no way helps the mode, as it just hangs off the bottom like Windblade is actually carrying it with her like cargo or something. Actually, maybe that's the point. Regardless, it doesn't look that great. 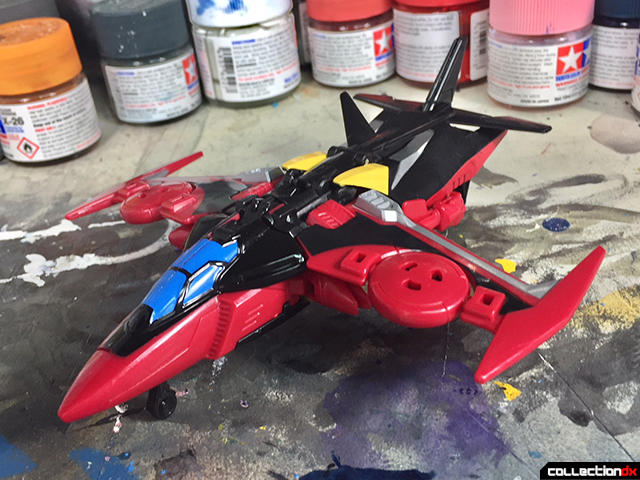 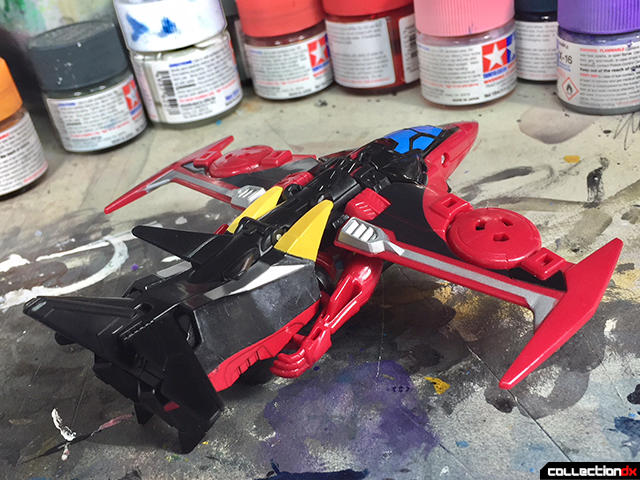 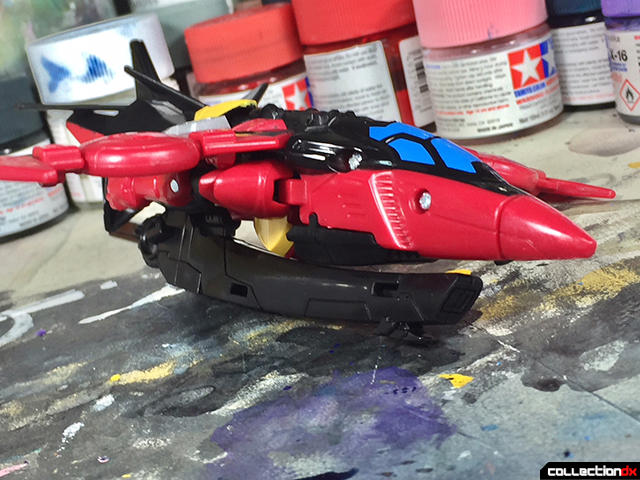 And with that, Transformers Rid2015 Warrior class Windblade (variant) is sadly, not very good. Now, the robot mode and accessories are, but that doesn't do much for the lackluster transformation and alt mode. Honestly the only thing that interests me about it, is that it was even made in the first place.

Good review! And yes, she's here to stay. Forget where I read it, but Hasbro & IDW both say she's in demand. She's definitely been prominent in the comics since she first debuted.

Thank you! Glad you liked the review! Honestly I don’t really know much about her as a character despite her popularity!
Also I’m a little less dissatisfied with this figure than I was in the review, it’s just a little dissapointing how middling she is! I just got the Generations thrilling 30 one last week and I like it a lot more than this one despite the fact that this rid2015 Windblade feels a lot more solid and less fiddly!