Raphael gets the Vampire treatment in the Monsters + Mutants sub-line of Teenage Mutant Ninja Turtles.

Ralph comes on a blister card with the same back as every other release in the line. The toy is easily removed, but there are several clear fasteners that need to be dealt with first. 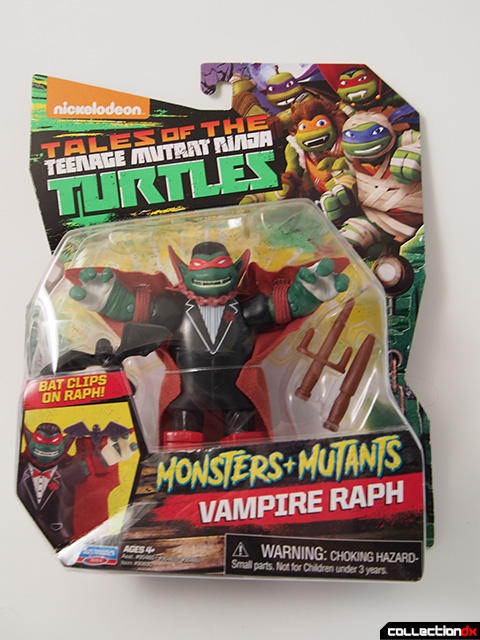 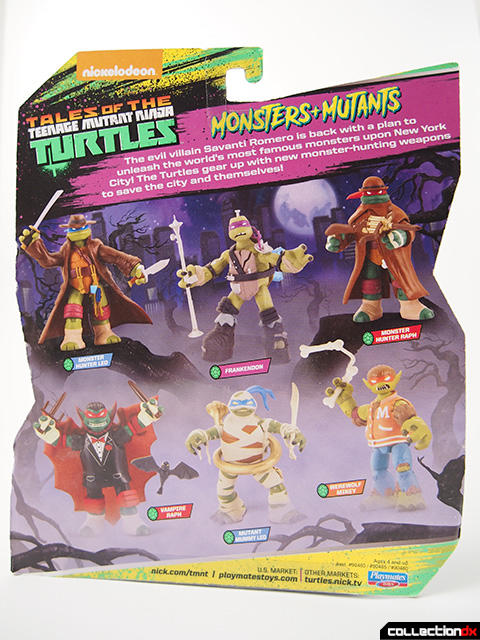 The toy has an awesome cloth cape that adheres to the figure with elastic straps. The toy looks great with it's arms spread out in full vampire mode. 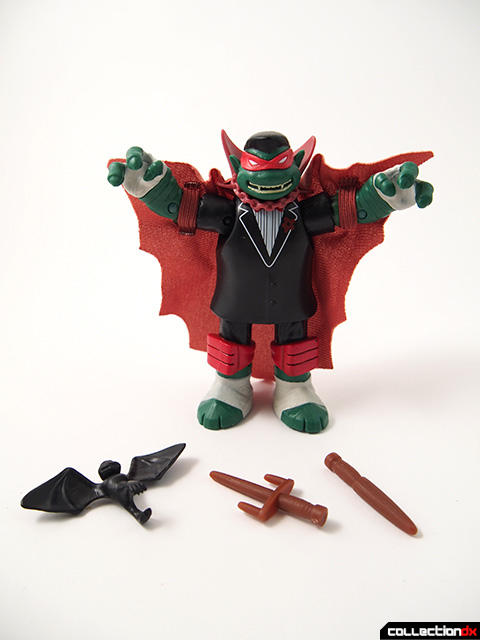 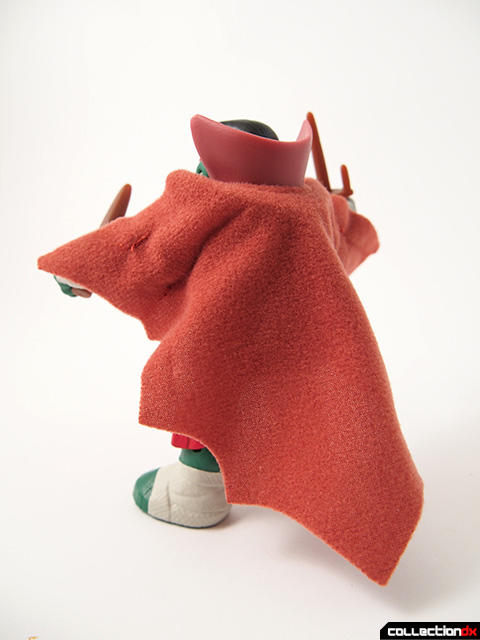 Accessories include a bat, a wooden sai, and a wooden stake.

First off, if you look closely, the bat actually has a turtle head. So it's a turtle-bat hybrid? Why not. 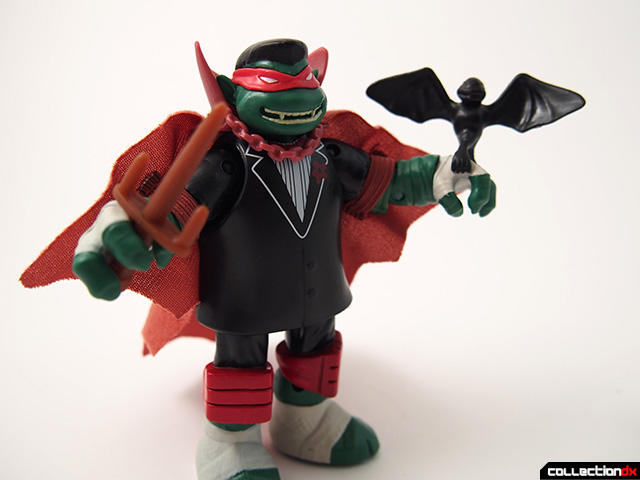 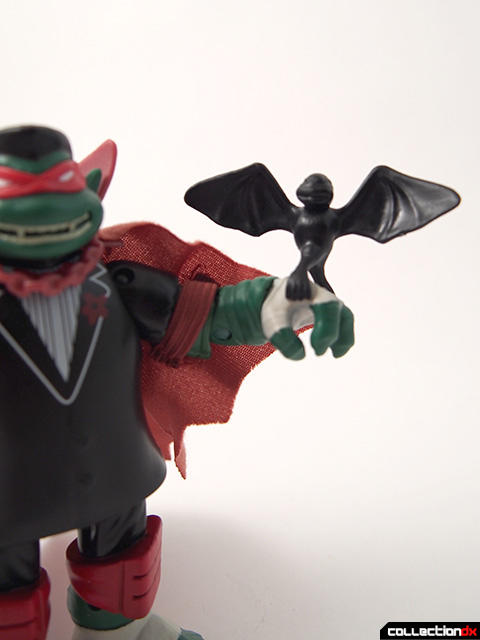 The weapons are an odd choice considering the character. Basically you are equipping a character with the means for him to be killed. The Sai is made out of wood, and yes, there is even a wooden stake, which if you use your imagination, looks like something else entirely. 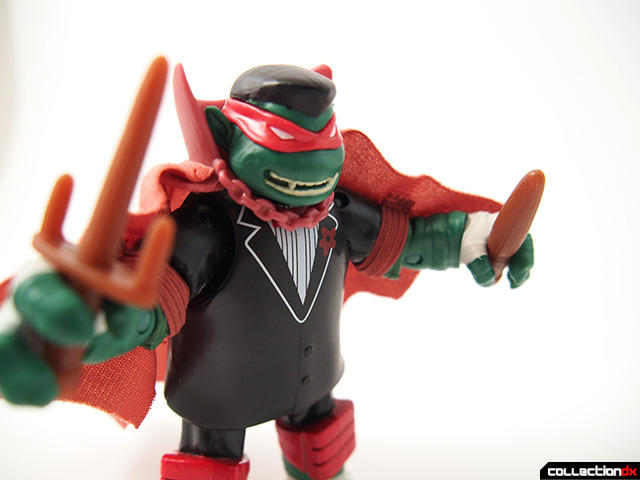 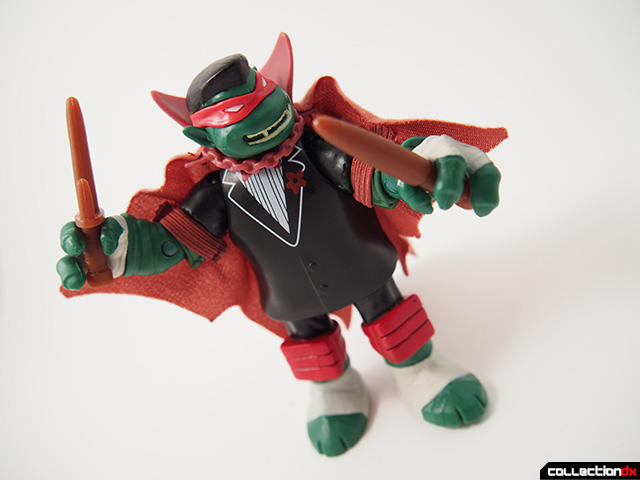 As with all TMNT figures, the toy is sturdy and well articulated. The legs are limited by the hard plastic torso but really there's only one pose you need with this guy: 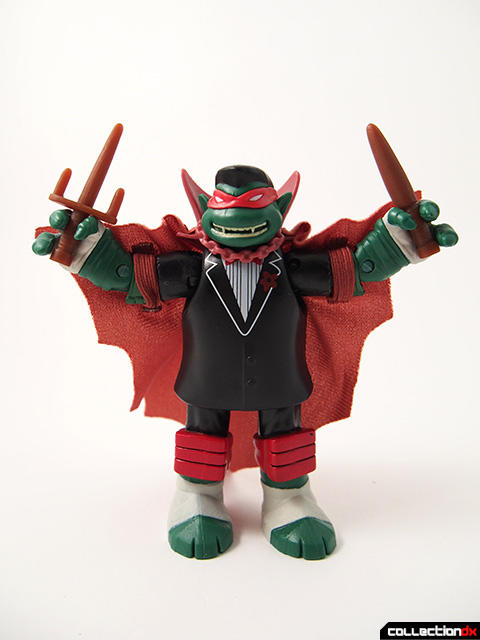 I wondered about the wisdom of arming a vampire with wooden stakes myself. Maybe he's in disguise as a vampire so he can get close to stake them.