One very common Combiner to bootleg, Transformers G1 Sixbuilder, can be found in stores such as Tuesday morning or Big Lots by way of a pretty common, regular size knockoff by Polyfect. I actually was lucky enough to find one in stores, but it disappointed me for being a simplified version of the original. When I saw this oversized, and unsimplified Sixbuilder on Sirtoys, I immediately knew I wanted to share it with Collectiondx.

First of all, this set is pretty big, being about the size of a normal G1 Gestalt when Combiner, which is pretty incredible to me although this does bring a considerable problem with it I’ll get to later.

Each member of this giant sized Sixbuilder is a very faithful representation of their G1 selves aside from the color scheme, which I’m pretty sure is made up for this bootleg. I’m a huge sucker for unique color schemes on knockoff figures, but this one kind of impresses me because it looks good enough to actually be like a legitimate color scheme, unlike many knockoffs which would just color the figures completely randomly. It’s because of this that I really like the colors on display here, and the actual paintwork is applied acceptably. The actual build quality for each of these guys is pretty good, as they don’t really feel fragile in any way. One negative aspect is that they have stickers that really hate to stay on, but overall, I’m pretty pleased with them! 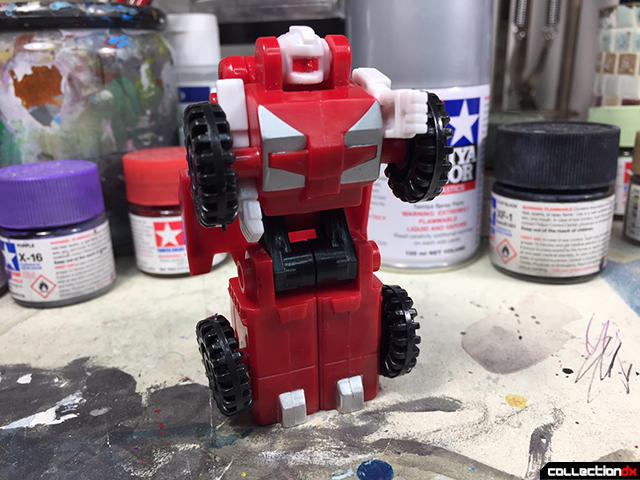 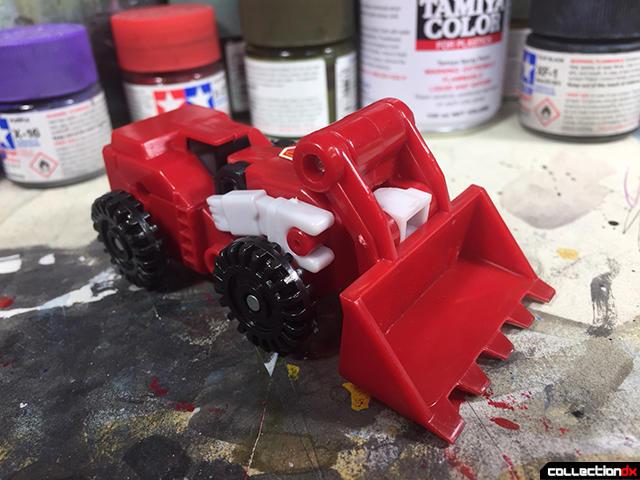 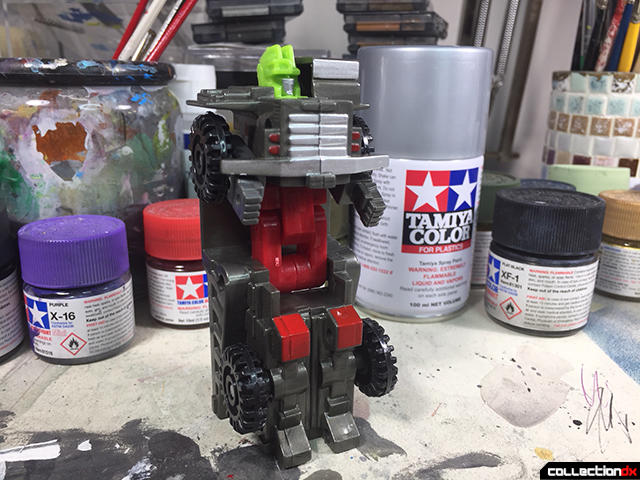 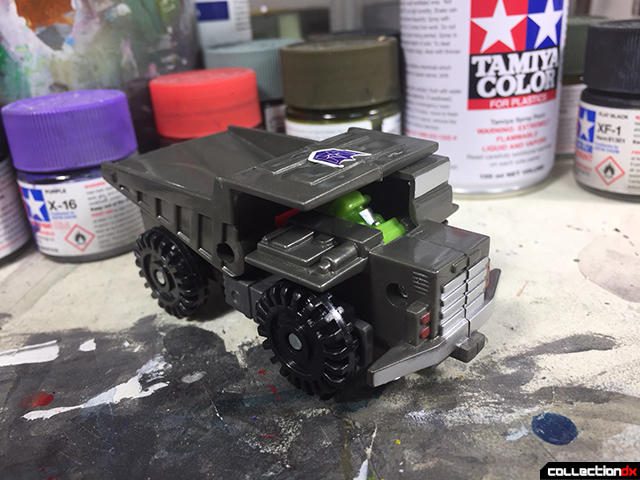 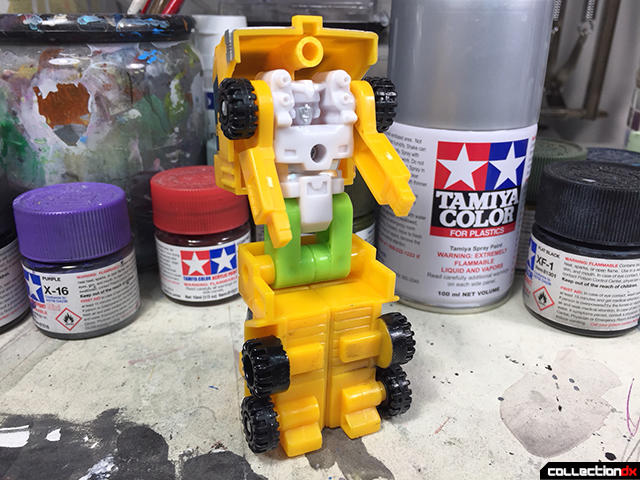 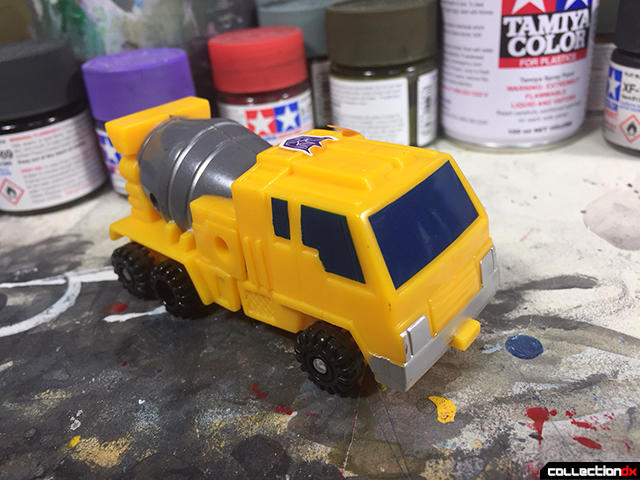 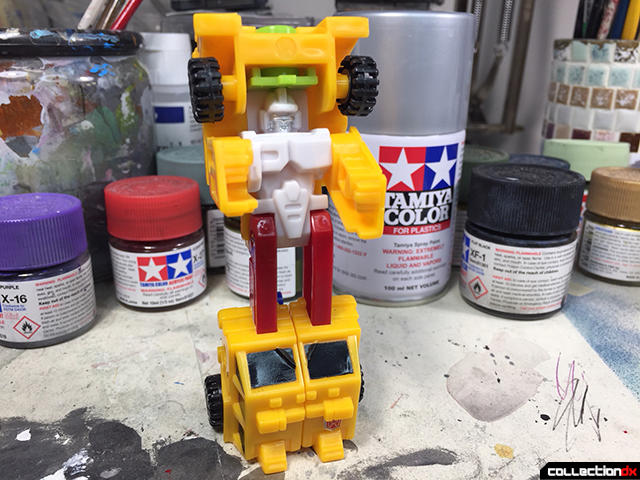 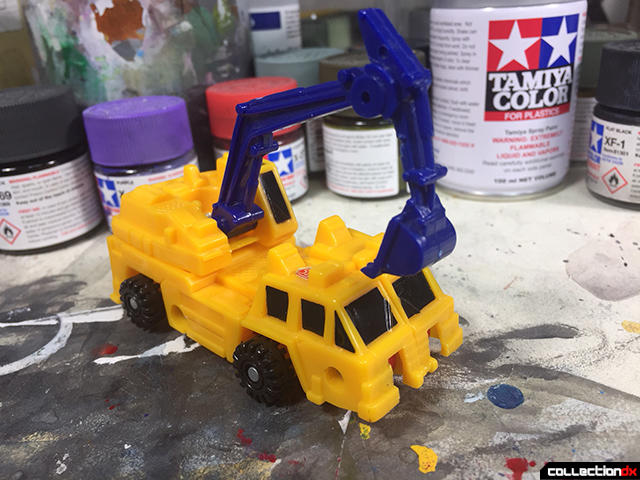 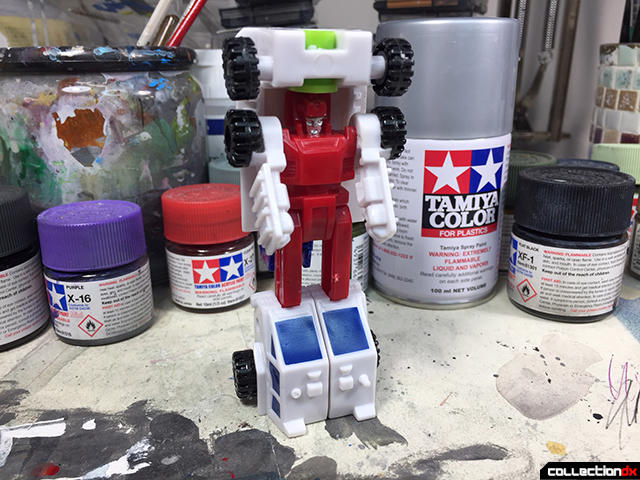 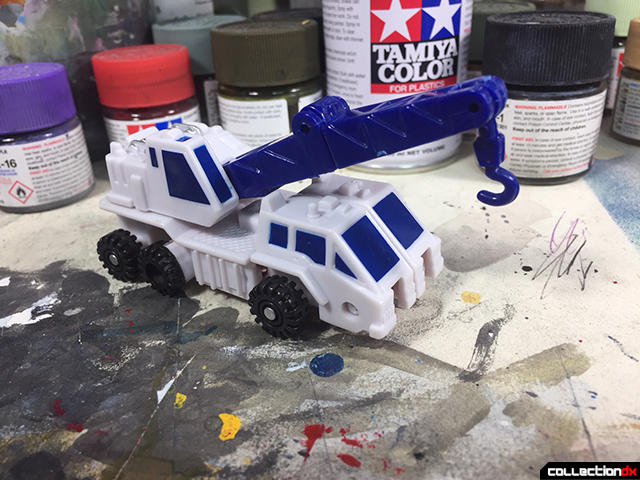 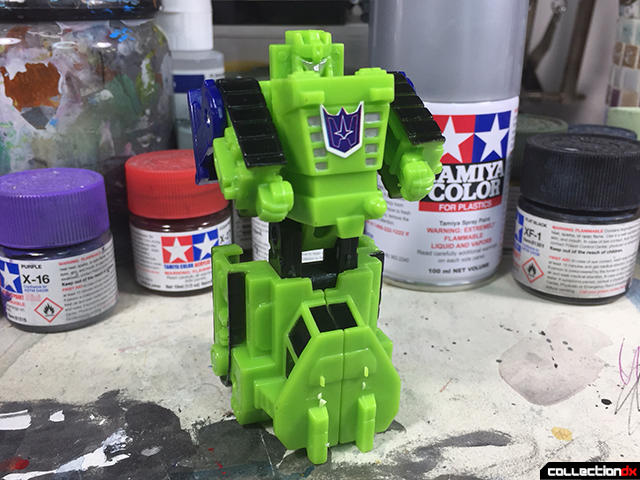 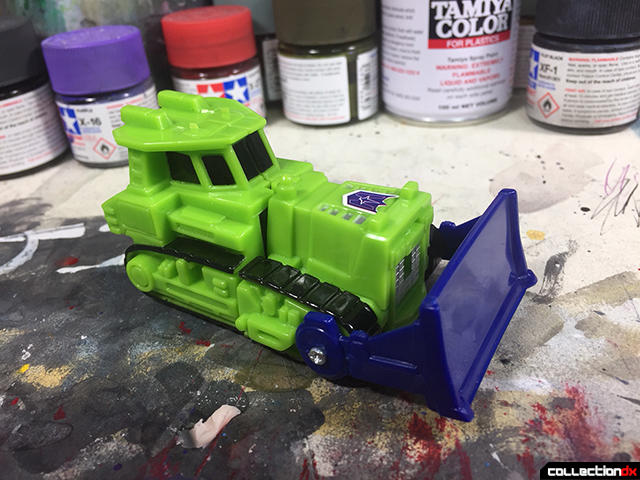 As far as size is concerned, each component of Sixbuilder stands about the same height as a Transformers Generations “Legends” figure! It’s weird to see these figures who were once micromasters be so huge! 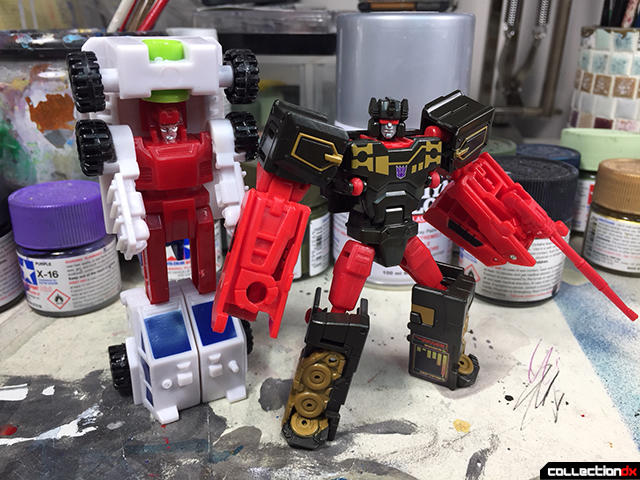 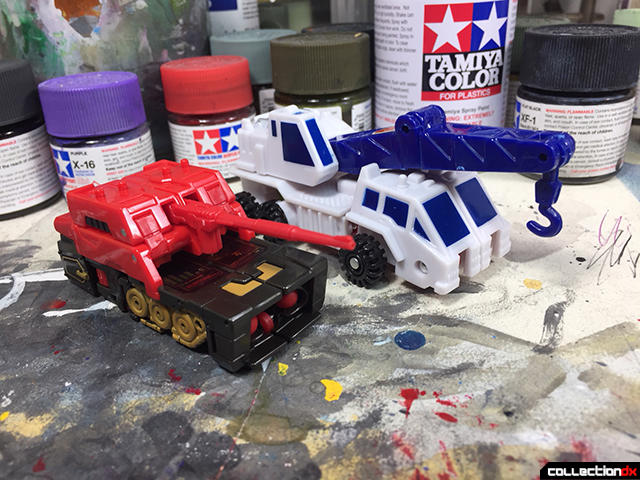 This Ko Sixbuilder’s combination sequence is as straight forward and simple as the original, which is a pretty by the numbers, predictable sequence to begin with. That doesn’t make it bad, just don’t expect anything out of the ordinary. One thing to note of concern (what I mentioned earlier) is that attaching the shin pieces onto his thigh piece is kind of a scary process, as the pegs required to do so are overly long and thin. I haven’t broken mine this way yet, but I rarely combine the figure for this reason. It should be ok if you ease the parts in and out during conversion, but it really doesn’t feel good either direction. The actual combined Sixbuilder is a sight to behold! Maybe it’s because the original figure is so small, but this oversized one just has a pretty large shelf presence to me. I really like it, but I’m kind of scared it will fall over, and the shin pegs will snap off! 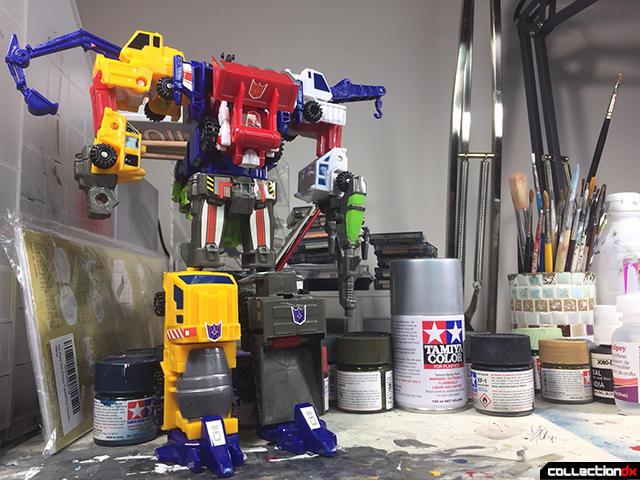 In their combined form, this Bootleg Sixbuilder is about the height of your average leader class transformer, which makes him looks pretty impressive. 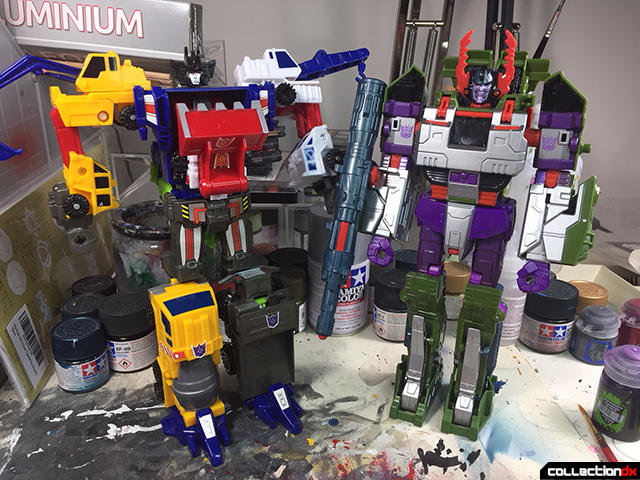 All in all, and can’t help but really like this set despite its one pretty dubious shortcoming. Yes, the shins being fragile can be scary, but if you look past that, the build quality is very good for a knockoff, and the paint application is too! Honestly, if you can get over the set’s fragile leg construction, then I would wholeheartedly recommend it.

So I’ve had this figure for about three months now and the pegs have not broken, maybe I exaggerated a little about that problem? I don’t know yet!