I don't remember a lot of episodes of the original Transformers cartoon, but I remember the one where Seaspray turned himself into a human to try to impress a girl. That girl also transformed into a robot to be with him. It was messed up. But it made me like Seaspray as a character, despite having a relatively dopey toy.

This all-new version of Seaspray was released as part of the Titans Return line in 2017. I think it's a fantastic update that pays tribute to the classic design while using modern engineering.

Seaspray's vehicle mode is of a Hovercraft. The blue section surrounding the ship would be the inflatable part, while the large turbines would thrust the vehicle forward. 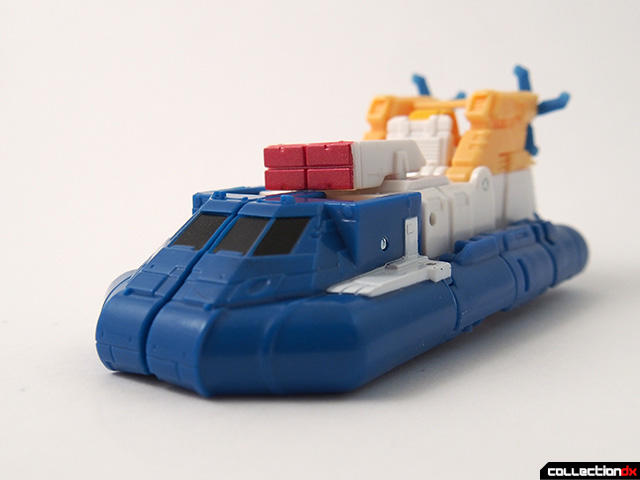 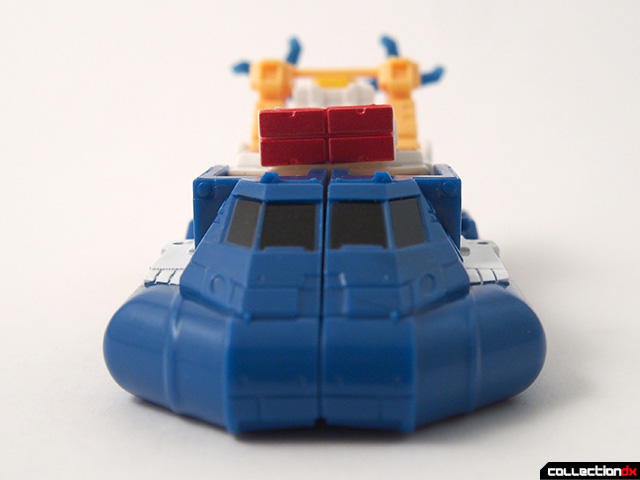 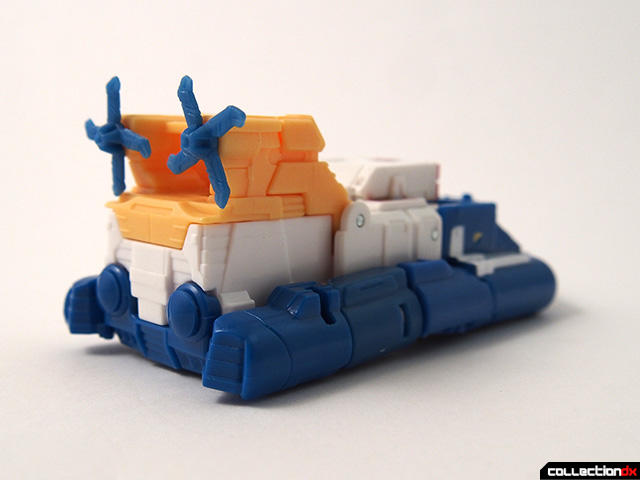 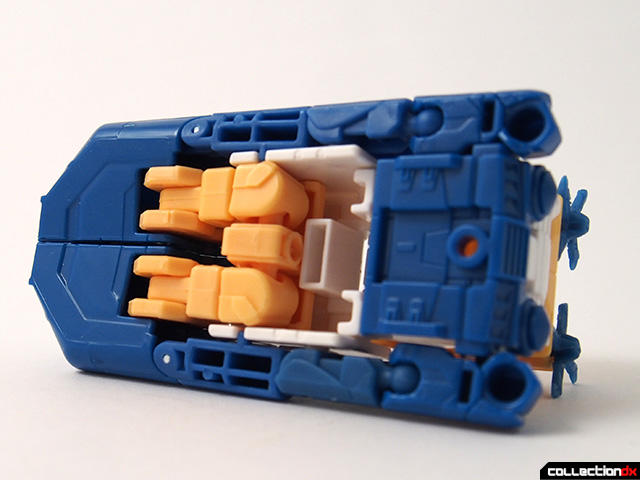 The rear section can open up to store a Headmaster from the Titans Return line. 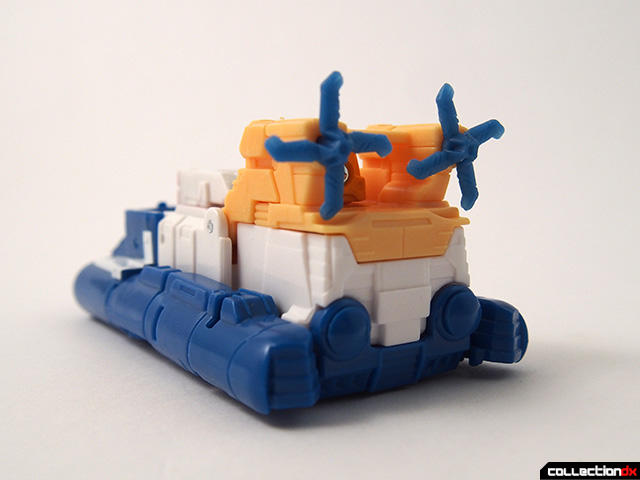 Transformation is simple enough, with some interesting engineering in the legs. 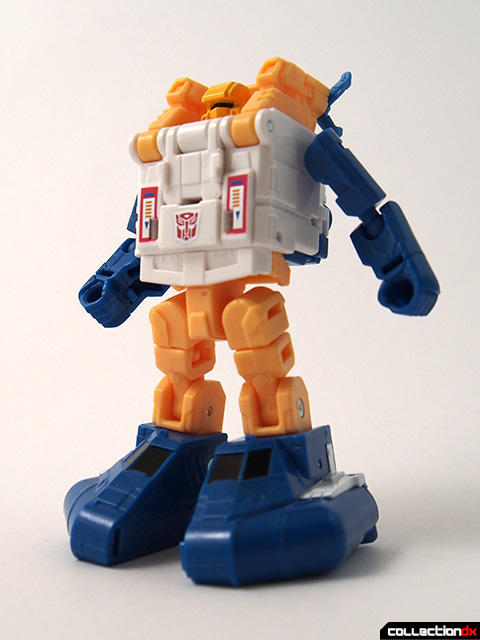 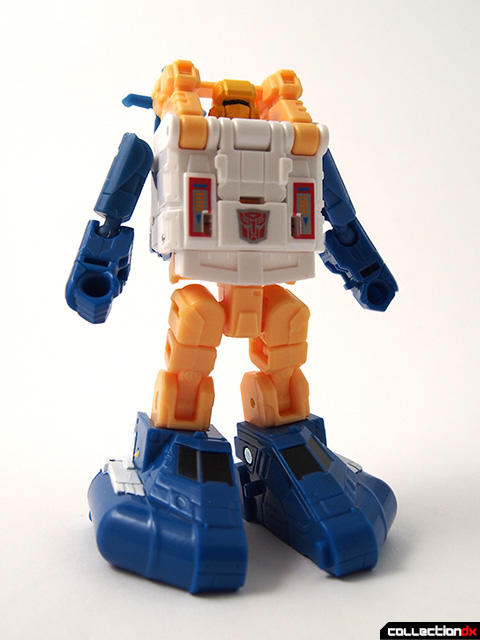 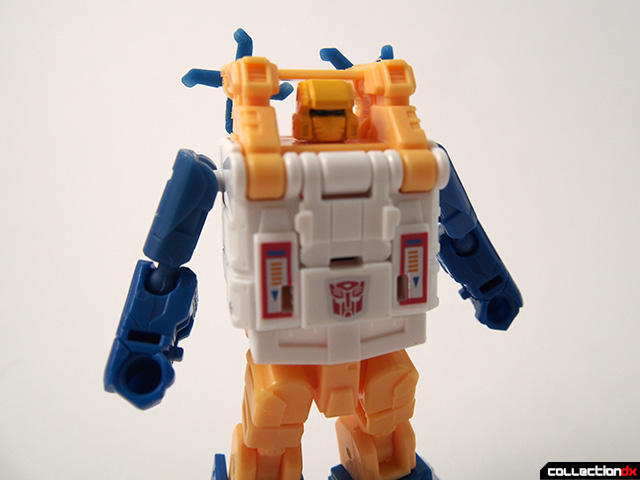 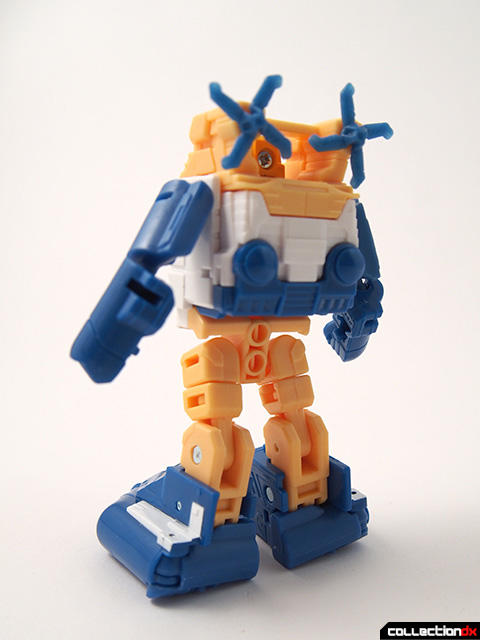 The giant fan intake on the top of the hovercraft is removable and becomes some kind of weapon that slots into the hole on the forearm. The box can stay attached to the chest, but it looks bulky. 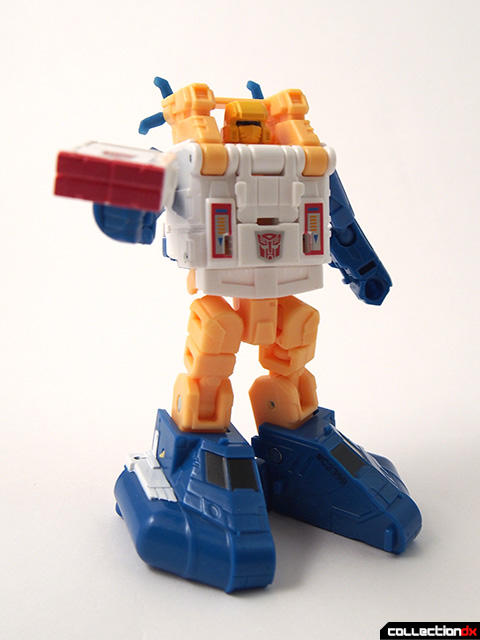 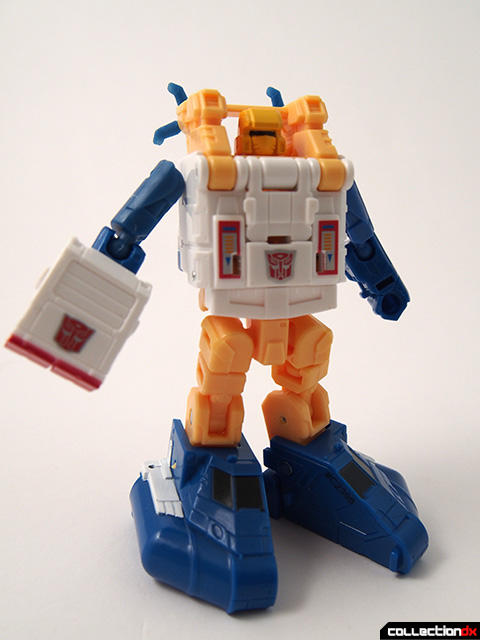 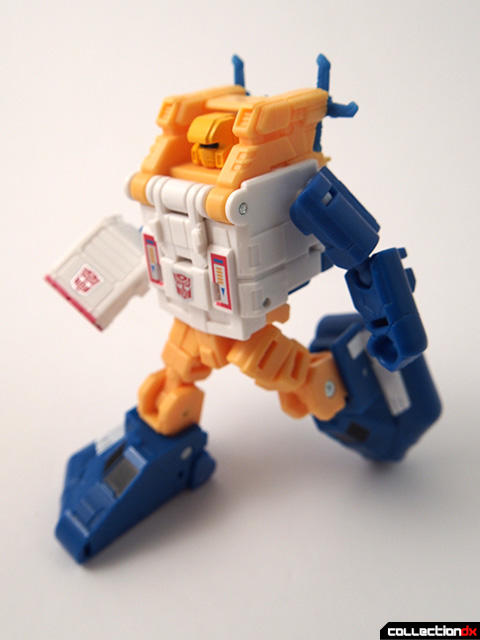 The feet are a bit long in the front and the ankles don't allow forward movement as much. The end result is Seaspray has a tendency to tip over backwards quite a bit.

And although you can't see it in these photos, the inner arms have tattoos in ancient Autobot that spell out the name of the woman that Seaspray fell in love with - Alana.