I don't really know why, but I've always liked Perceptor. Maybe it's his unique alt mode, or design or something but honestly I'm not sure. What I am sure of is that Hasbro/Takara have made two definitive modern interpretations of Perceptor, and this, under the Transformers Generations Titans Return banner, is the most recent.

Robot mode is a lovingly remastered rendition of the classic G1 toy. The color placement is almost identical, even down to the original's stickers being represented as tampographs on his legs. I especially like the green on his shoulders, as it breaks up the red, black, silver, and turquoise that this figure, like all perceptors feature in generally the same spots. The detailing as a whole draws the most inspiration from the G1 toy, but his anime accurate face is the solitary detail that says otherwise. I'm happy for this change, as this Perceptor's face sculpt is awesome, but I could imagine it either way, especially considering the very difficult to photograph Titan Master has it! The only real problem the robot mode presents comes when looking at the figures articulation, which is honestly pretty good. What isn't are the thighs, as they are a little too long, making Perceptor's full knee bend look really weird. 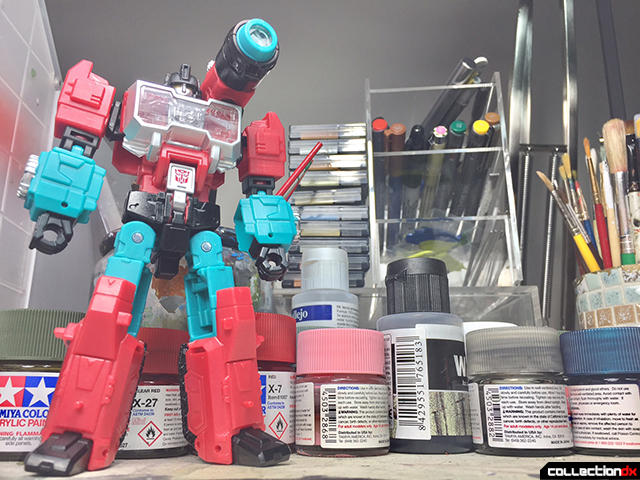 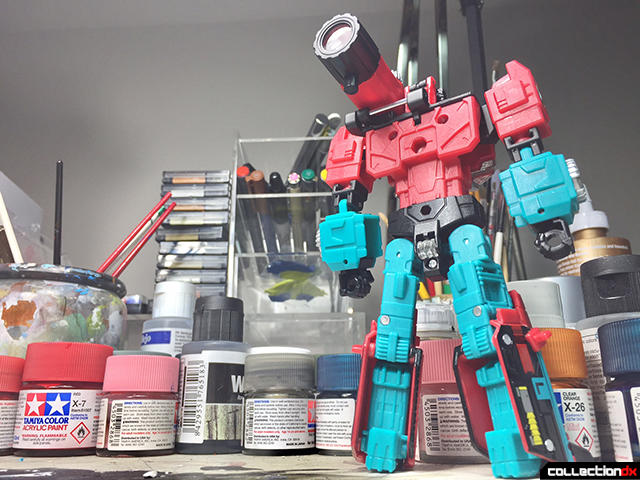 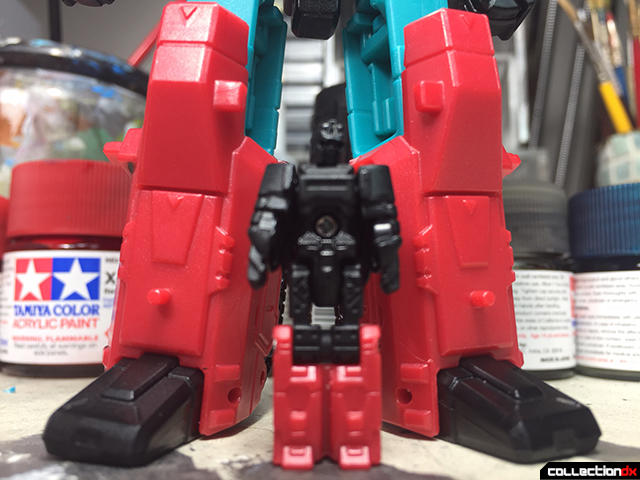 Accessories are probably the most versatile of any Transformer I've reviewed thus far. Perceptor's main attachment is his iconic ocular lens (which yes, does actually work) that, when not mounted on his shoulder, can hinge to his back. Other than that, the "weapon" can attach on to Perceptor's arm as a Megatron esq. fusion cannon. As far as designated firearms go, Perceptor includes his very IDW inspired sniper rifle! I'm really happy this is included, and his Titan Master can sit in it, but since his head doesn't look up, you can't actually do any sniping poses with it. When not in use, you can store the rifle on his back, in a similar way to the ocular lens. 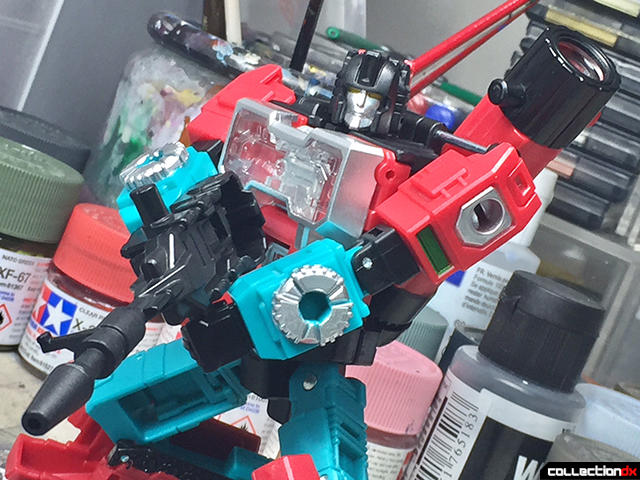 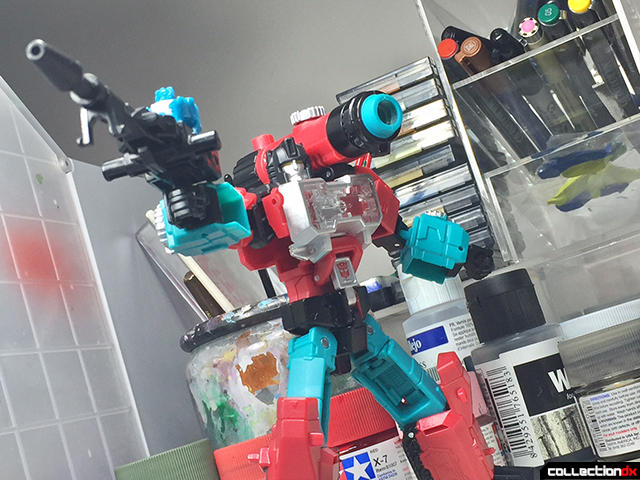 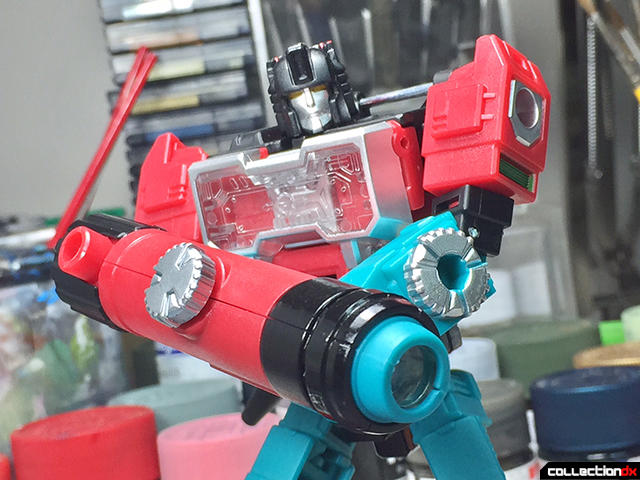 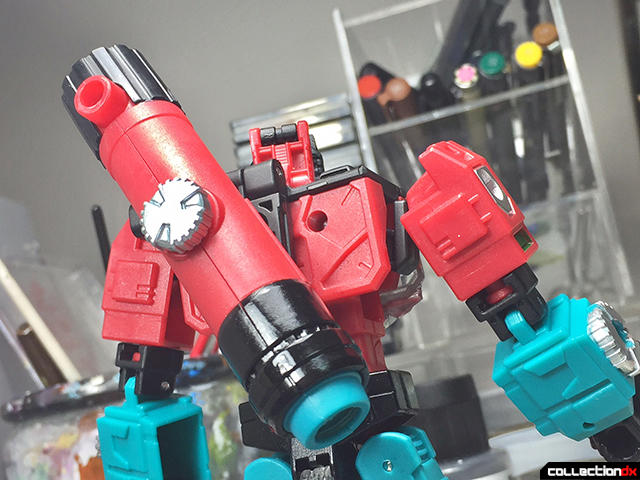 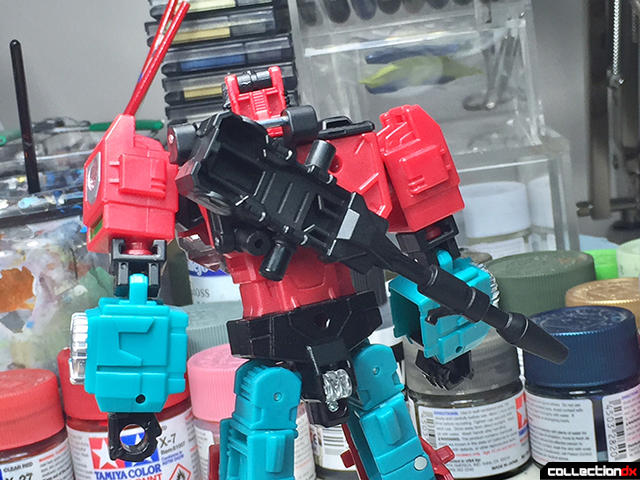 Transformation from robot to either of the figures alternate modes (microscope and tank) is very similar to the G1 toy. Despite that, both modes don't seem very solid as barely anything is actually held in securely, making both modes feel a little loose or insecure.

Microscope mode is cool, and functional if a little easy to misalign and it's height is comparable to a high grade or deluxe. The Titan Master can fit in a designated space on the microscope stage for observation, but not at all securely. The sniper rifle can also mount on the lens, but it's practicality is nonexistent except when he's observing a decepticon. The Tank mode is also pretty interesting, but falls flat in one crucial area: the Titan Master doesn't fit in it! There is a special connection point so it looks like the Titan Master is driving the tank, but it is improperly sized! This makes the mode a little pointless, which is a big letdown because the accessories can be used here in a variety of ways as alternate gun barrels for the tank! What a crucial mistake to ruin an otherwise harmless mode! 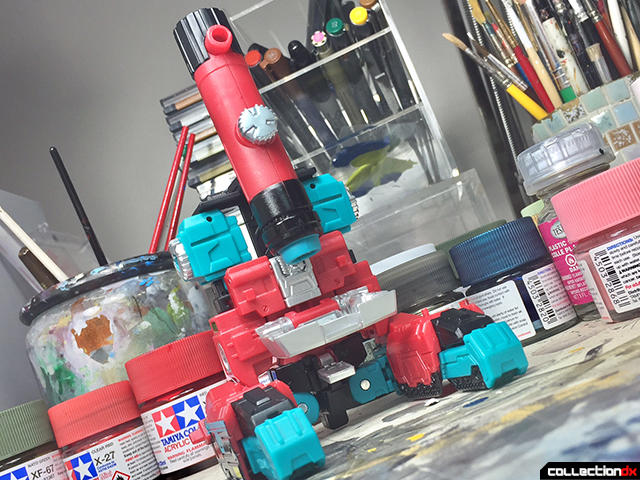 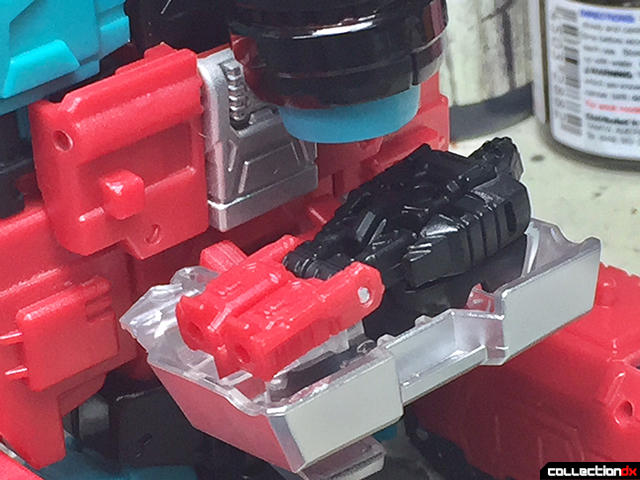 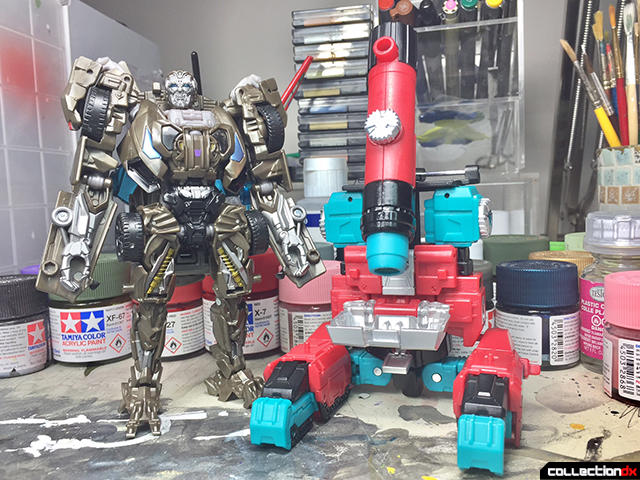 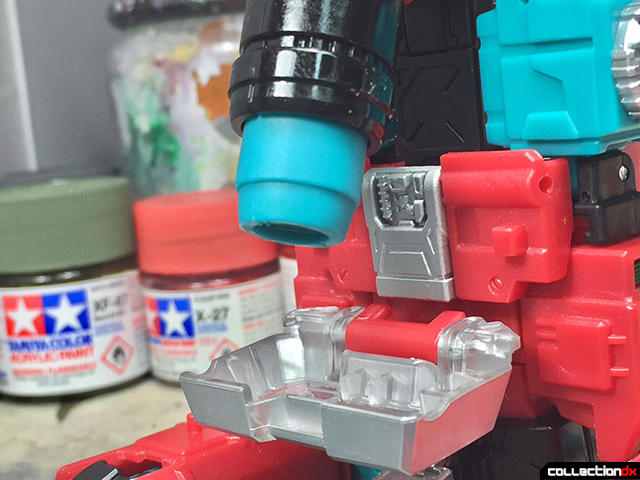 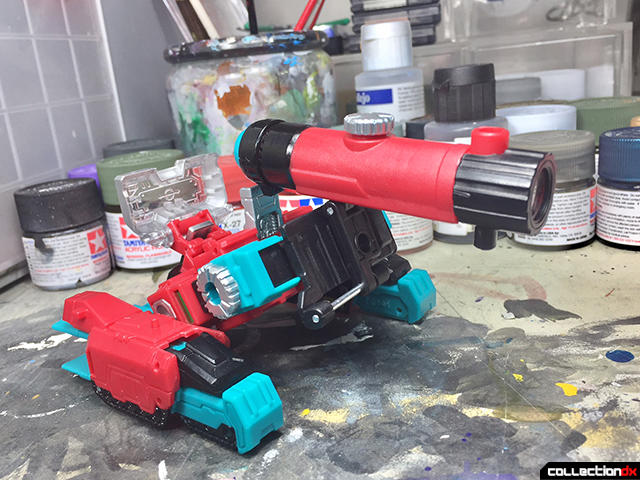 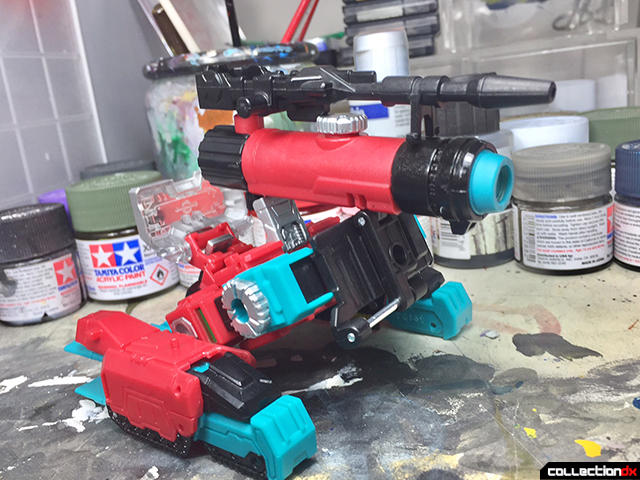 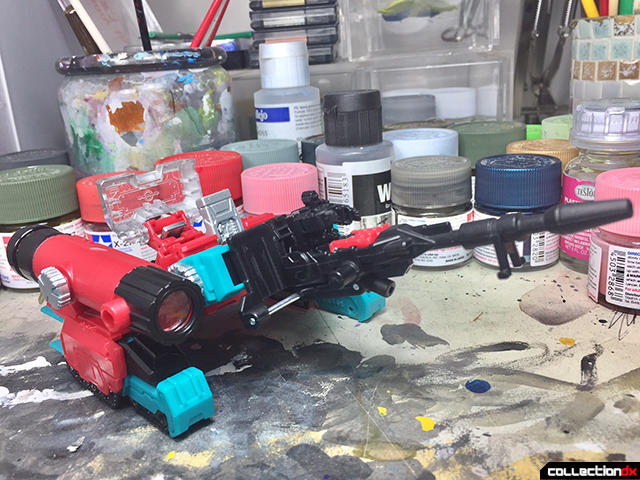 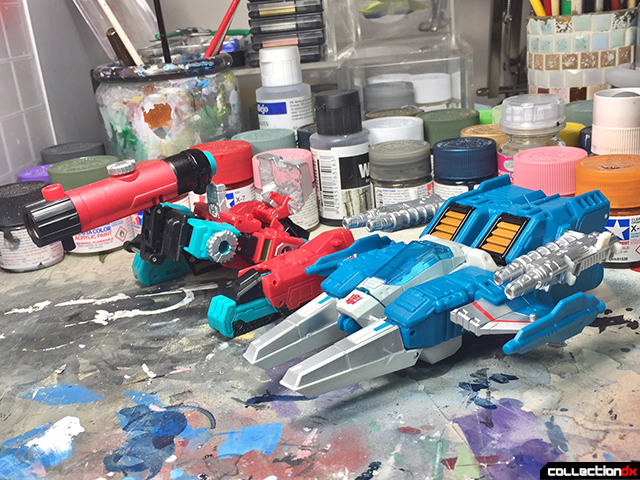 And with that, I can say with some certainty that I'm a little disappointed with this latest rendition of Perceptor. All three modes get the look perfectly, and I mean that, but they fall behind in some key areas, let it be insecure connections in alt modes, and the lacking Titan Master integration in those modes. For that, I'll say get this preceptor for the robot mode, but for anything else I'd say the 2011 Generations Perceptor might be a better bet.

Admit it, you like him because he reminds you of yourself; a huge NERD!