Monster Hunter Leo is one of two "Hunters" in the Monsters + Mutants line.

While Ralph was a Vampire Hunter, Leo is more of an adventurer type in the vein of Indiana Jones. At least that's what I'm going with.

Package is the same as all the others, just with a different insert cards. 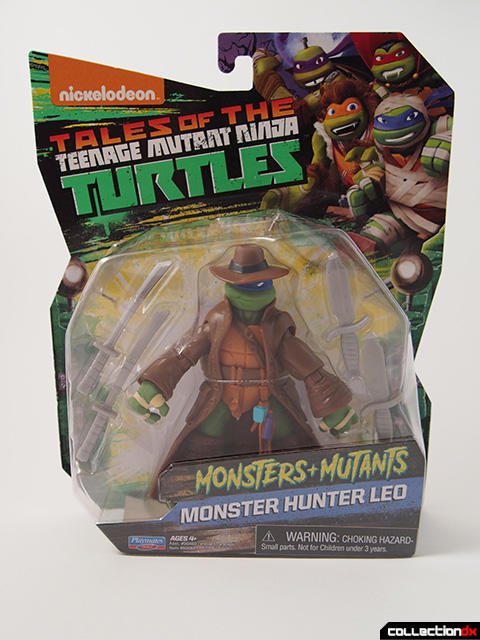 It's very similar to

Ralph in design and style. Both have rubbery trench coats and hats, and seem ready for an adventure. 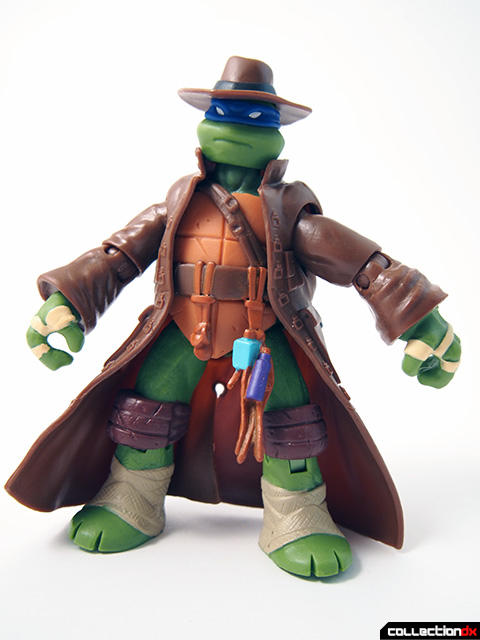 Leo has sheaths for his swords attached to his back. In addition to the swords he also comes with two large knives. It's fitting for the turtle who loves his blades. 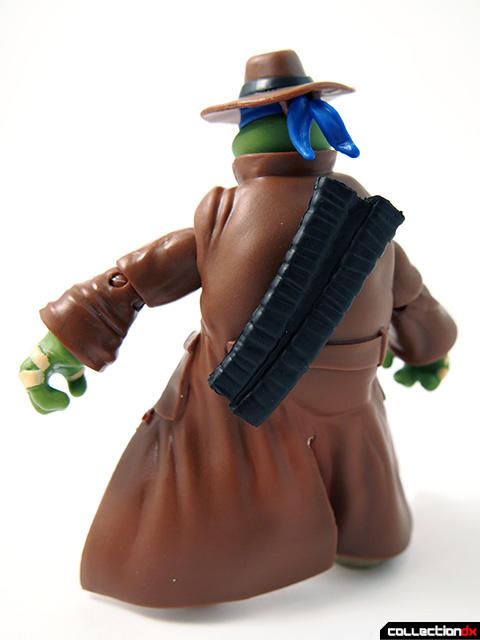 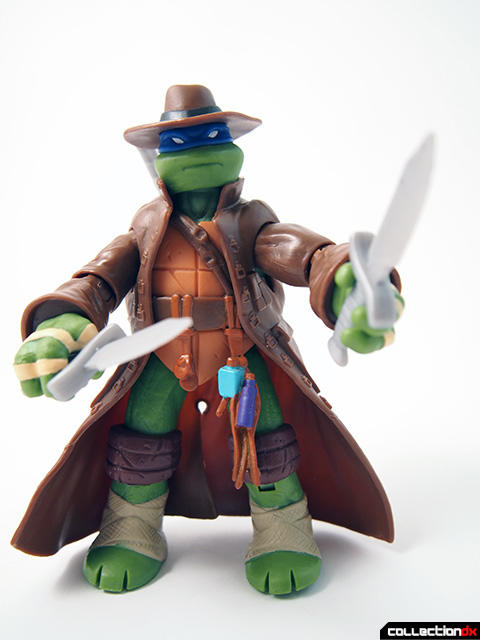 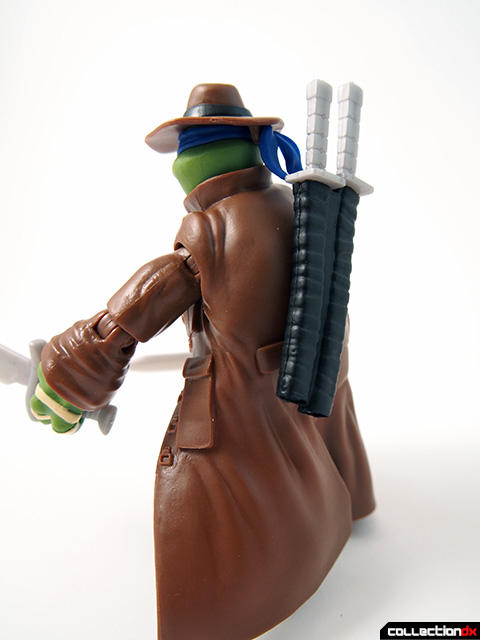 I'm not sure what's going on with the belt here. I feel if I had some kind of backstory or frame of reference it would make more sense. 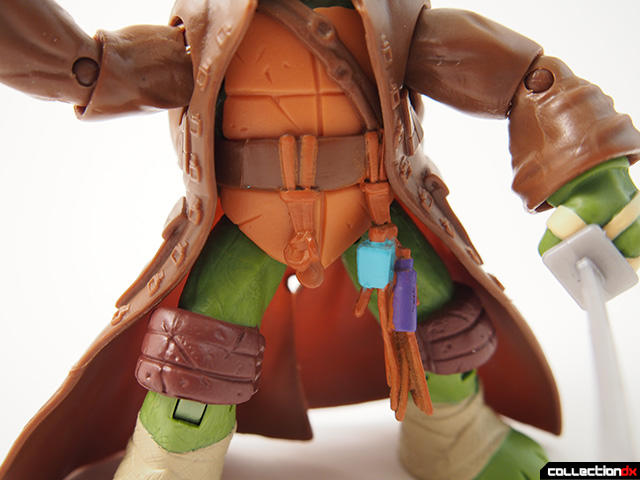 Leo's hat is removable, and stays in place with a little rubber clip built into the hat. 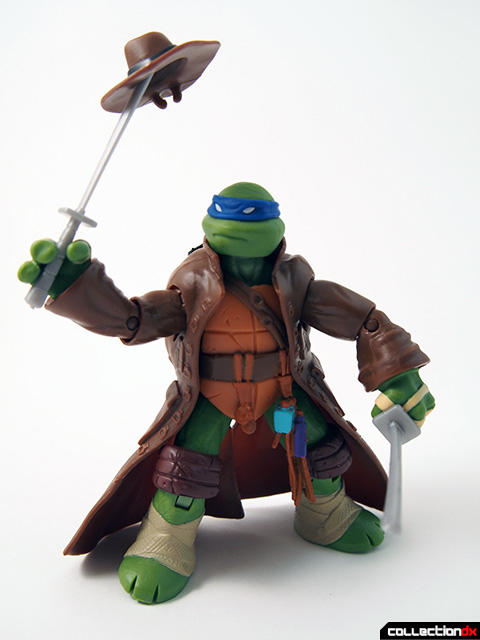 The two knives make this figure entirely badass though. The poses are awesome. 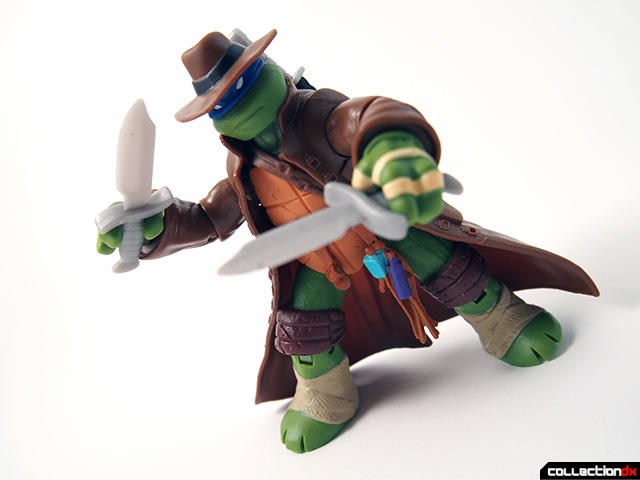 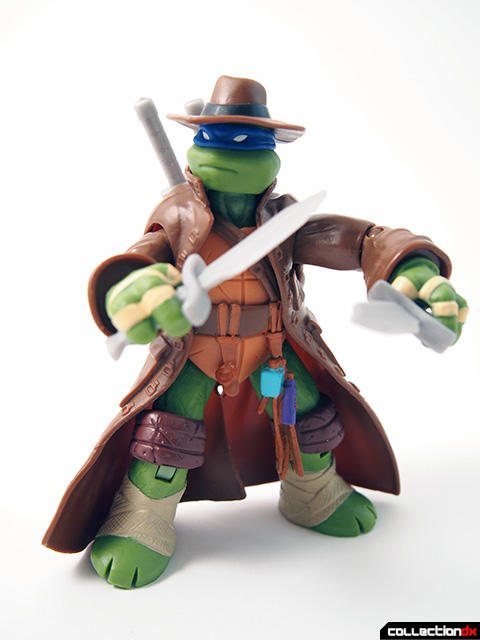 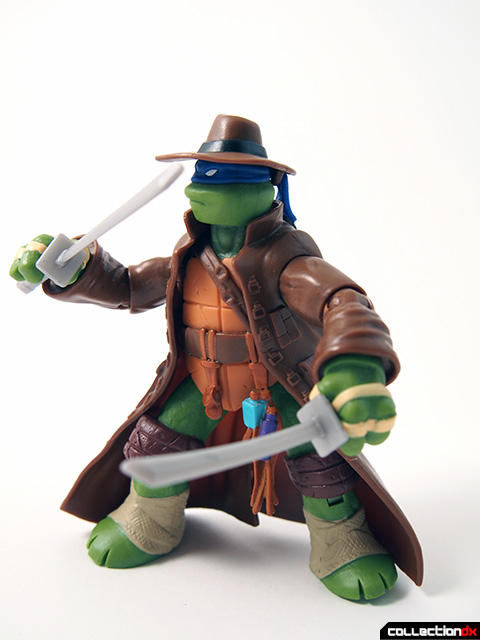