Full disclosure, I haven’t watched the new Voltron and realistically I probably won’t get to watching it for the foreseeable future. I know it’s a great series but I have more important things to do like hate watching Fuller House. 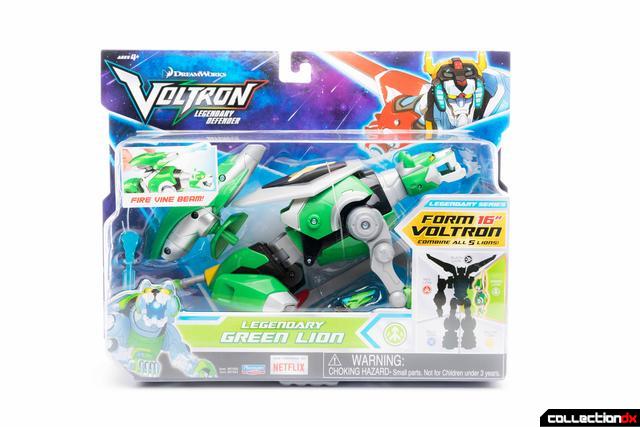 Like all the Legendary Lion limbs from Playmates, the Green Legendary Lion comes packaged in in the same large blister. Its simple and hassle free, though I do wish they had used the paper ties like Hasbro has been using lately. 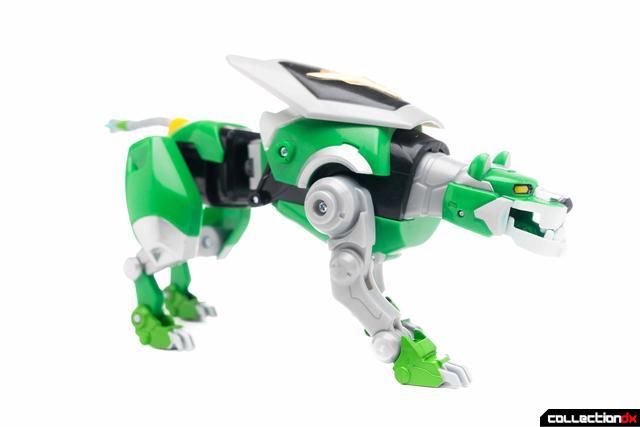 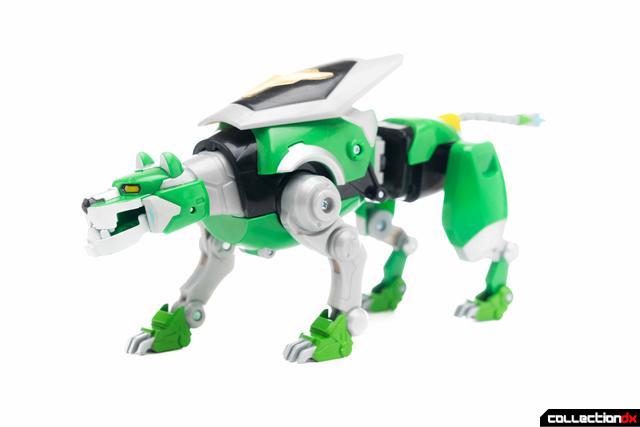 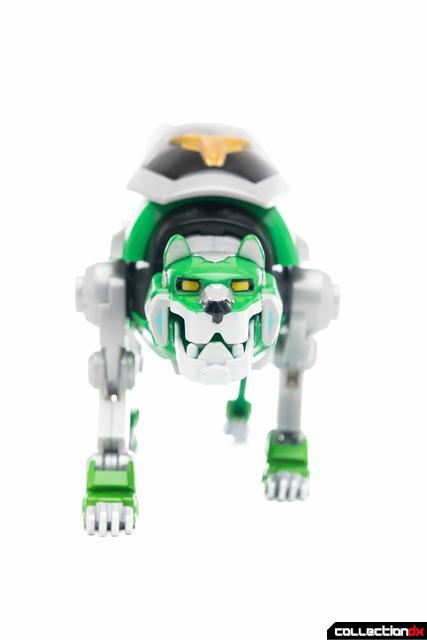 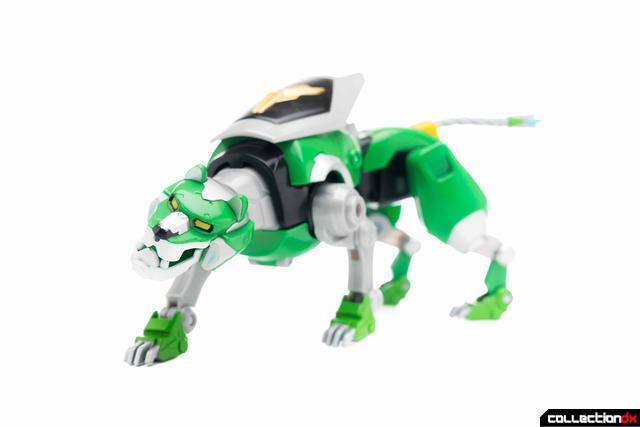 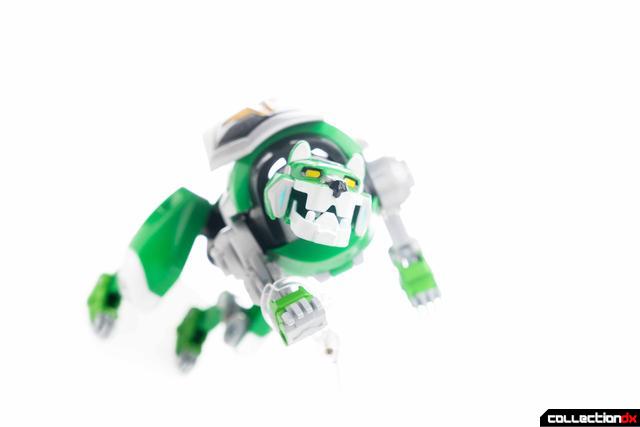 As far as I can tell, the Green Lion is identical to the Red Lion save for the accessories and color. It’s got lots of nice ratchet joints and fairly decent articulation given the relatively low price. 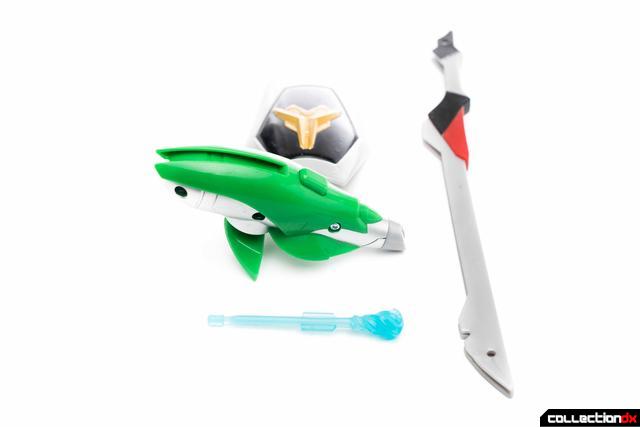 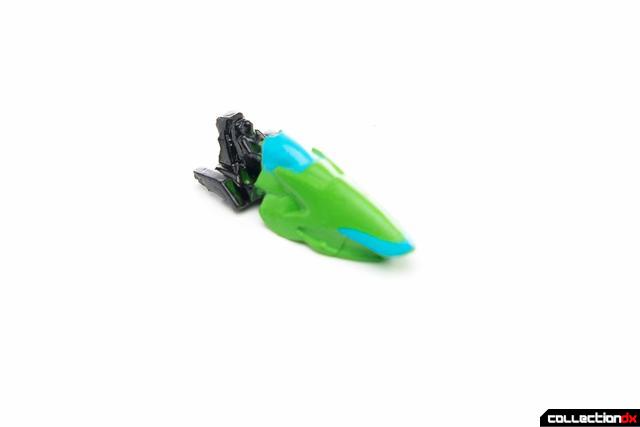 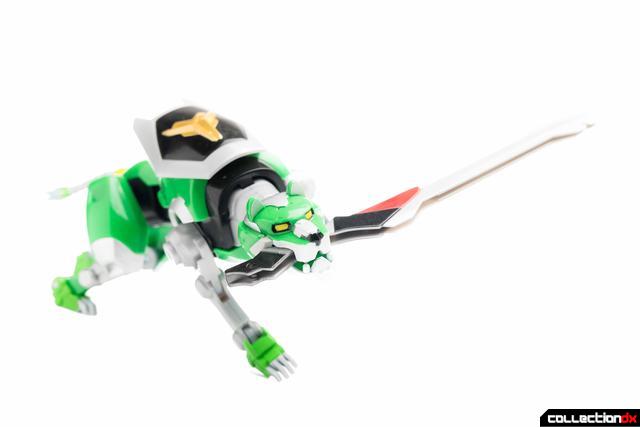 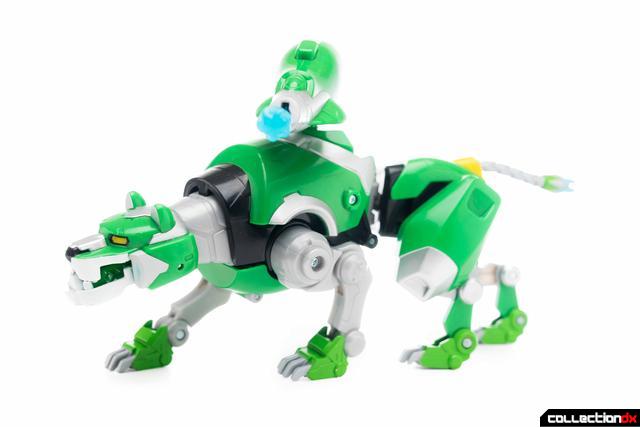 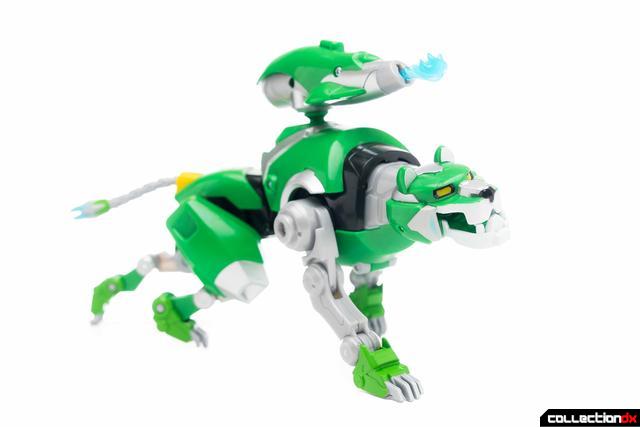 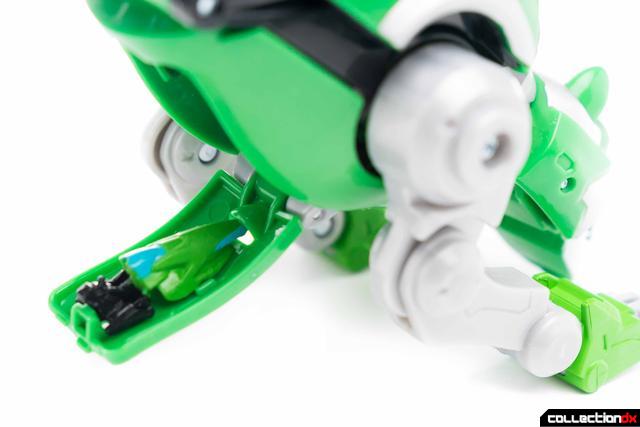 Included is half the Blazing Sword, a shield that seems to be usually attached to the Green Lions back according to google images, a small speeder bike with I’m guessing Pidge and a spring loaded missile launcher that I don’t know if it ever appears in the series. The speeder bike can dock into the Green Lion from a ramp on the underside, which is a nice touch and satisfy all you weirdo Transformer fans that won’t shut up about scale. 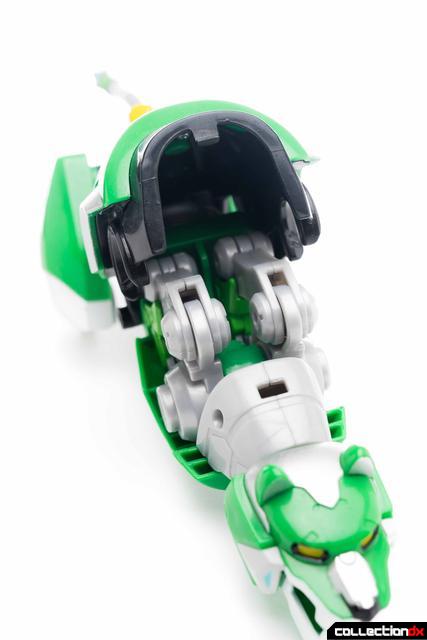 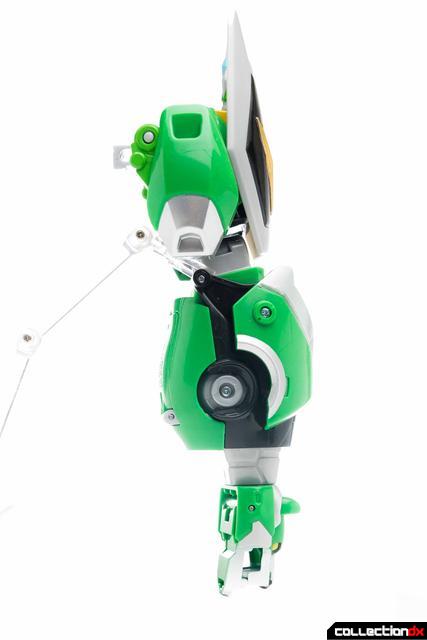 Transforming into the Voltron’s left arm is simple and I really like how the front legs fold into the body using the collapsible shoulder pegs. I’m not sure if it’s just mine, but collapsing the left leg is a lot more difficult than the right one, and I usually have to sort of jiggle it around until it aligns properly and completely collapse. Once transformed into an arm, the hind legs seem to actually restrict a perfectly good elbow joint. It might have been an oversight but it is a bit disappointing as it has almost zero range of motion in the elbows due to the hind legs. 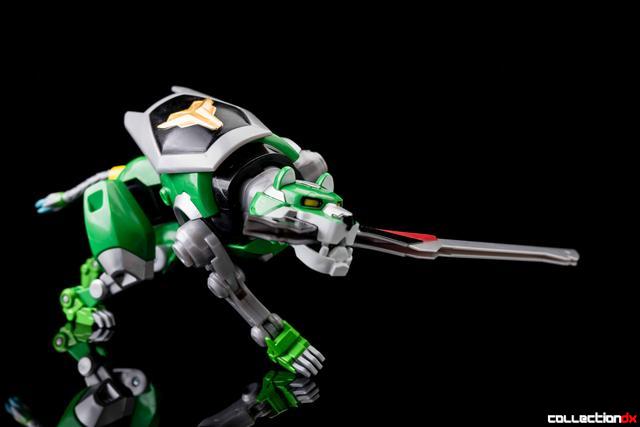 I only picked up the Green Lion as I kind of just wanted to buy one piece a week and take my time with them, but I’m impressed with the quality Playmates as achieved. The Green Lion has great articulation, is rock solid and has no major QC issues that bother me. Especially considering that the Voltron toys came out around the same time as the atrocious new Power Ranger Megazord, it’s kind of hilarious to see how different Bandai of America and Playmates have approached making a large scale combining figure. Playmates has shown that an American toy company can make an affordable combining robot that isn’t terrible.

It really is true how Bandai of America is really lagging behind in all their combining robot endeavors. Even the legacy line is behind anything that is in the premium collector market.

That being said, the subtitle can be a bit misleading as the Bandai Tamshii Nations (Japan) SoC version of the classic Voltron looks to be a marvel of toy engineering and a worth followup to the amazing SoC GaoGaiGar.

Red & green have most of the same parts. But the upper half of the heads and the areas around the peg holes are a little different.

I'm really pleased to see Playmates stepping up their game a bit. It's rather nice to see a domestic company get a robot toy and do it right. Oh and yes the Green Lion cannon does show up in the cartoon. (You really do need to watch it. Once you start you will binge watch it all in a single sleepless night.)

I'm not absolutely crazy about some of the arm Lion proportions. They make the final robot look a little "Popeye'ish" around the forearms. But I don't see how they could have avoided that. It's an acceptable compromise to keep the disappearing Lion legs.