The Gundam high grade 1/144 Io Frame Shiden has been a bit of an unlikely success as of late. This simple, utilitarian mobile suit has been called one of the best high grades ever and, I don't know if I'm that elated about it, but don't get me wrong, it's definitely up there.

The colors are really interesting, a mix of maroon and a lavender gray that works surprisingly well together! The inner frame is proudly on display here, and looks really cool as well! The proportions help this design the most in my eyes, they are so slim but powerful and dynamic looking I love it! The best part is probably the head, it has a sort of metal gear aesthetic that I love, especially when the headgear is folded down, putting the striking red mono eye on display. Articulation is just unparalleled in a high grade! Everything is given good range, and the joints themselves are tight and well constructed. What really stands out is the diaphragm joint, as the armor panel in front of it can flip forward, resulting in a deeper ab crunch. 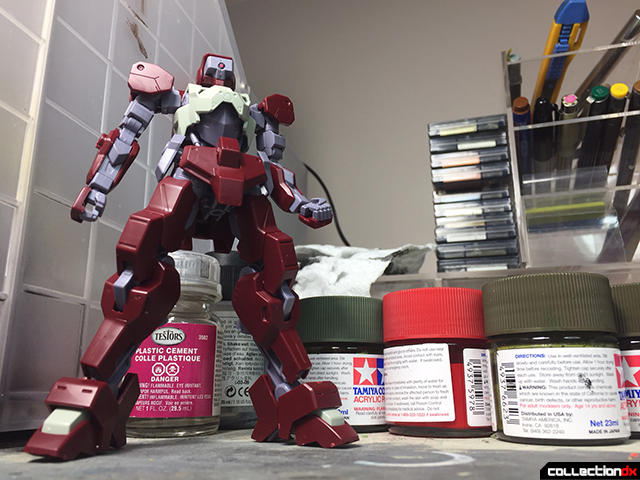 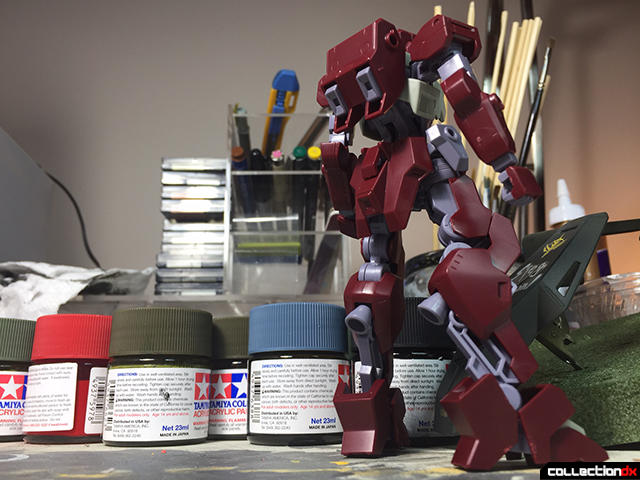 The accessories are versatile, and very fun as well. Although only holding hands are included, that can be easily forgiven considering the huge amount of weapons included here. First, is a machine gun molded entirely in that grayish lavender color. I like it a lot, and it appears as though the stock can fold out or something but, it doesn't. Next is a small shield! It can peg into the arm solidly. The highlights of the kit however, are the club and riot shield. Molded in a very light beige, the club can extend and retract depending on the pose, and the riot shield can attach itself into the arm well. These accessories really remind me of some sort of special forces mobile suit for some complex tactical missions. One other notable addition, are the numerous holes and pegs made to fit the Mobil suit's arsenal practically anywhere on its body. What a cool feature! 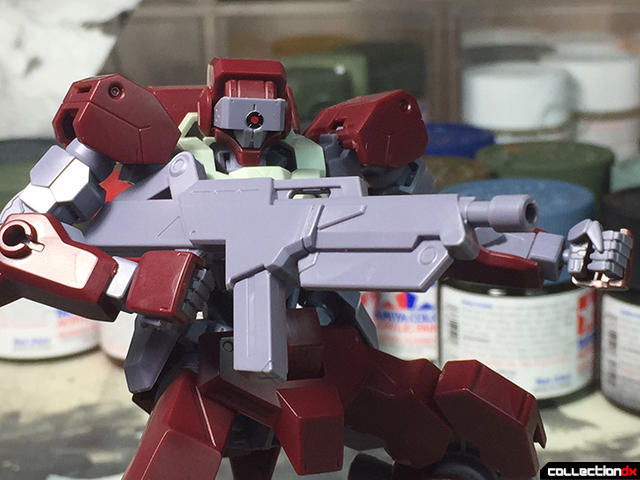 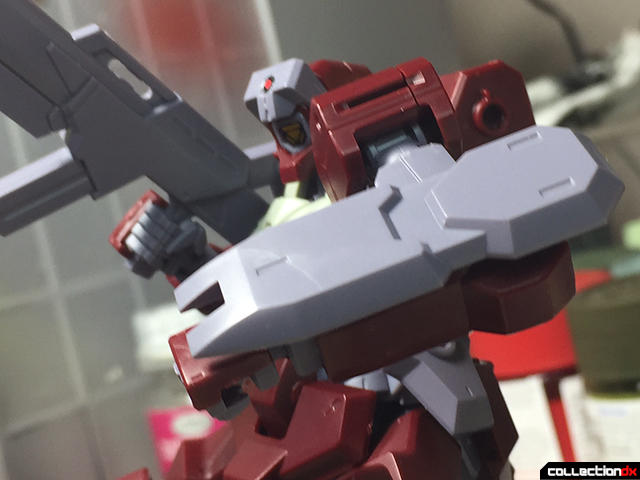 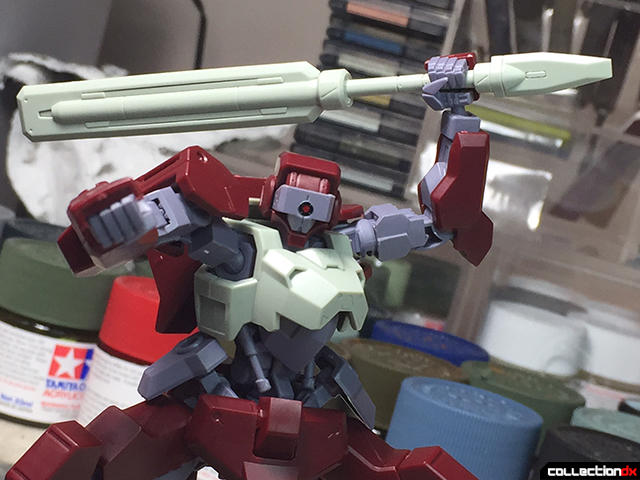 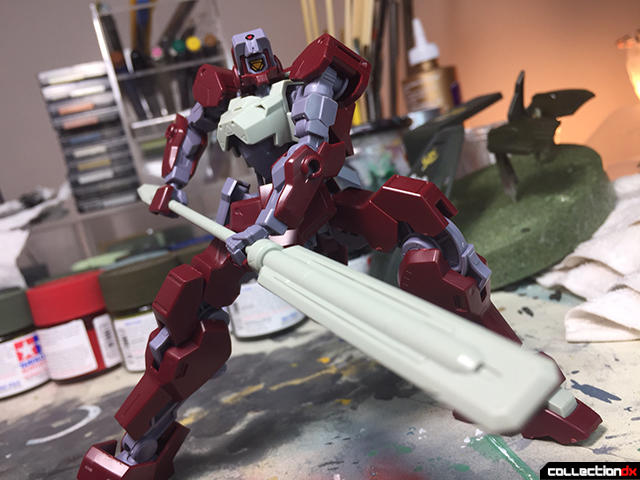 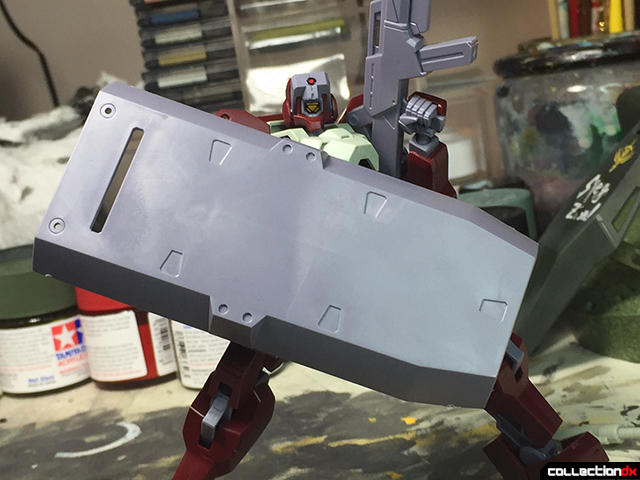 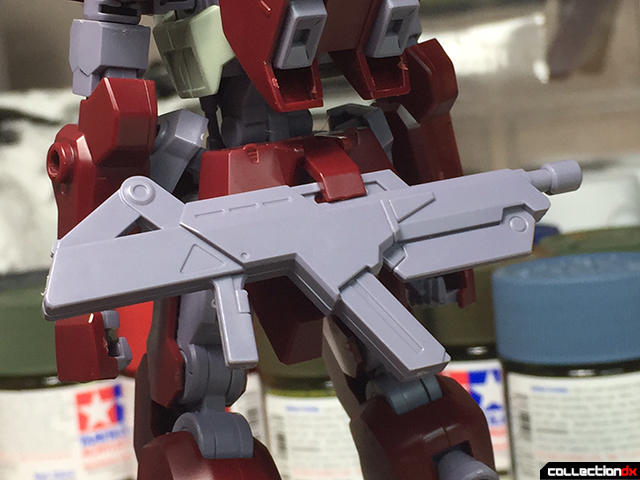 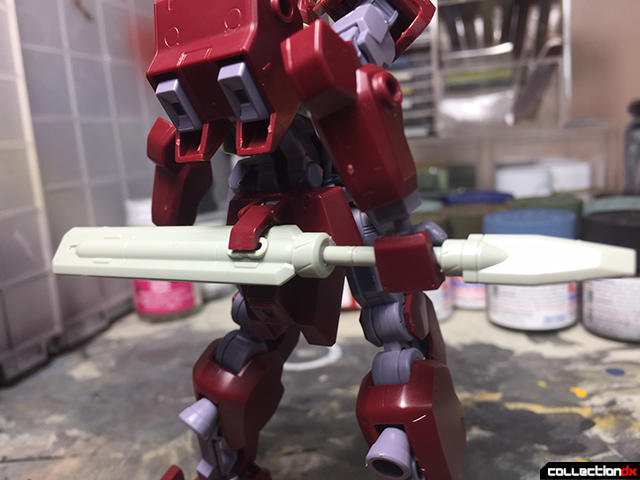 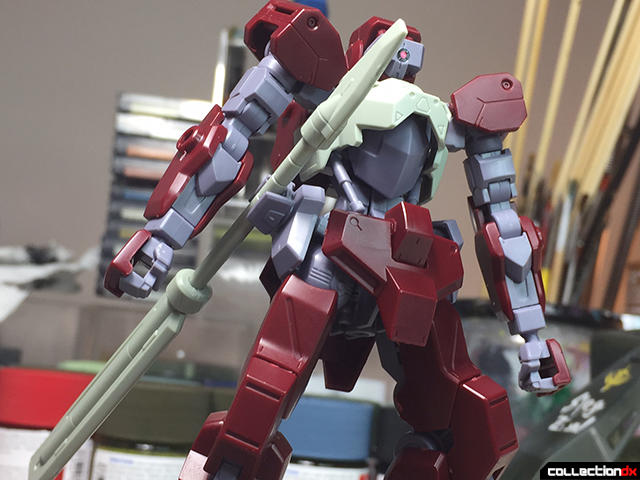 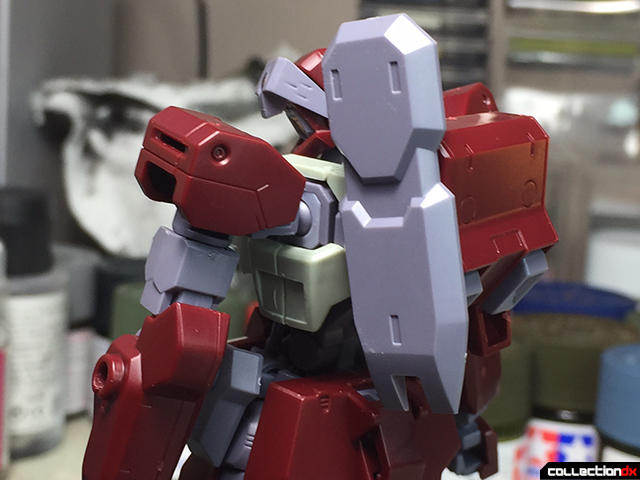 Finally the height, is average as you might expect from such a mobile suit. 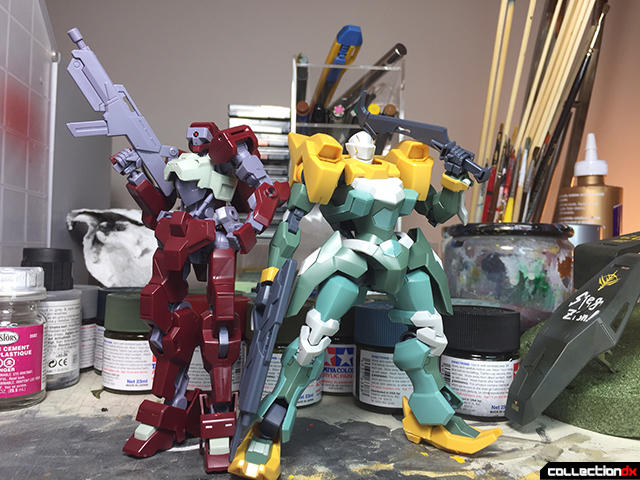 With everything being said here, what else can I say, the High Grade 1/144 io frame Shiden really is a great hg. Lots of fun accessories, a full inner frame, great articulation, and virtually no stickers makes this figure one of my new favorites, and hopefully yours too.

3 comments posted
Do you think this kit is as

Do you think this kit is as good as everyone says?

Hard to say without handling it myself, but based on your review and its appearance, I can see why a lot of people would be saying that. Besides the greater-than-usual articulation, it's got a solid build (pun not intended) and fits in with almost anything. IBO, other Gundam stuff, non-Gundam stuff.

Club/paddle oar aside, it could pass for a labor from Patlabor, a bioroid or battleoid from Robotech, an arm slave from Full Metal Panic, or a generic giant robot from anywhere else. Some might count that as a minus, but I consider it a plus.

I like that about it too, that's good especially if you display many figure lines together!