Iron Blooded Orphan's season 2 is pretty awesome so far, in my opinion, and the mobile suit designs are generally pretty cool too, one of my favorites being the sadly short lived Geirail so when the high grade was released, I actually went out of my way to get it.

Looking like an amalgamation of metal gear, frame arms, and armored core. I'm really thankful for this departure from the standard Graze aesthetic that most enemy ibo mobile suits tend to follow because honestly, I'm not a huge fan of them. The Geirail also features a vicious red visor flanked by two red cameras that looks harsh and menacing. The head can actually open up like a graze so it almost looks like the Geirail is screaming despite having no real facial features. Articulation is really good, as they follow a similar pattern to the Grimgerd, with the diaphragm joint that acts more like a lever, and the pull out shoulder joints that allow them to pivot inwards. The overall construction here is solid as ever as, no armor or limbs ever fall off aside from the head which, on my figure, is really loose for some reason. 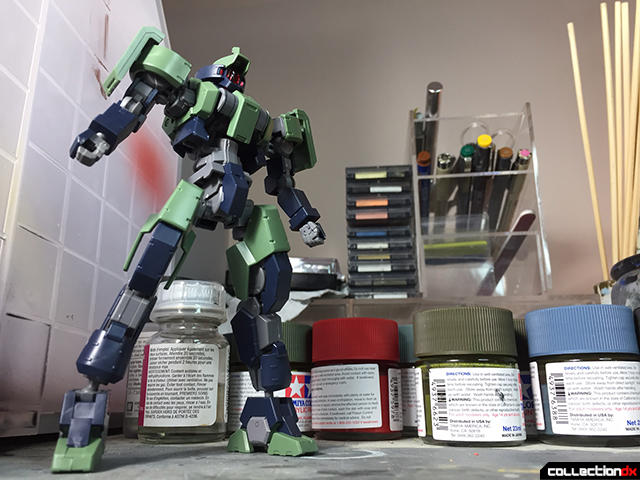 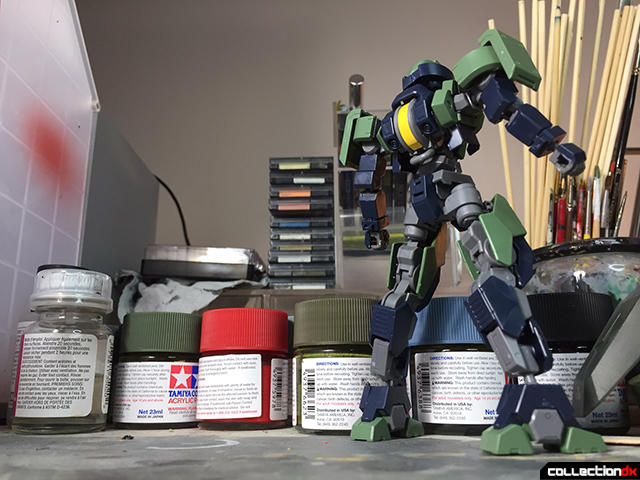 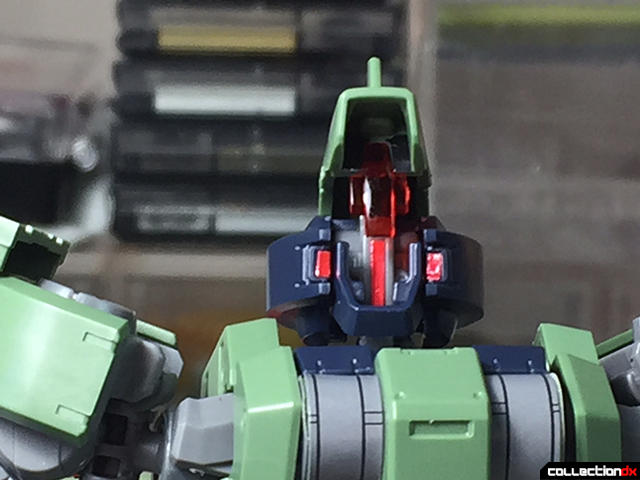 Accessories are interesting, and fun to play around with, as they can all be equipped at once to great effect. First is his machine gun, which has a very Zaku esq. side mounted drum, and additional handle. To me, It looks cool and unique for a Gundam design, especially because of the little "shield" it has at the base of the barrel. I should say however, that the Geirail doesn't hold it very well. Adding to his Zaku inspired arsenal, is a small shield that can be mounted to the side and the bottom of each arm, but wait! That's not just a shield! It's also an axe, that he holds better than any high grade Zaku's hold their Heat Hawks. It's a great accessory, but I'm not sure about the hollow parts on the blade...

Finally, is a hover apparatus that attaches to Geirail's back skirt. It's the only discolored part of the kit, as it's molded in all gray but in the anime, the armor on it is dark blue! Despite that, it's cool, and gives the Geirail some new combat capabilities. 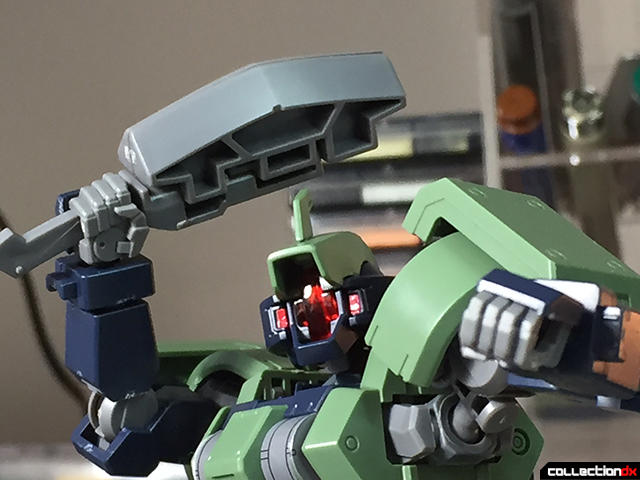 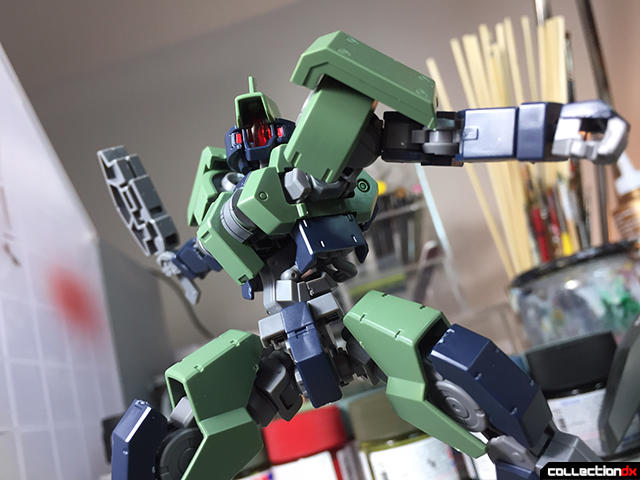 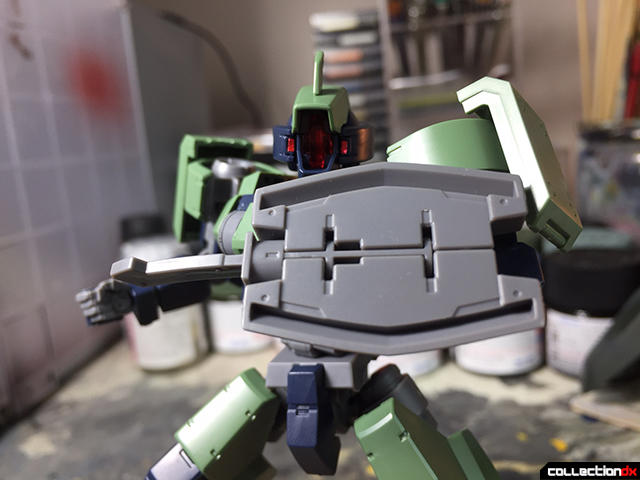 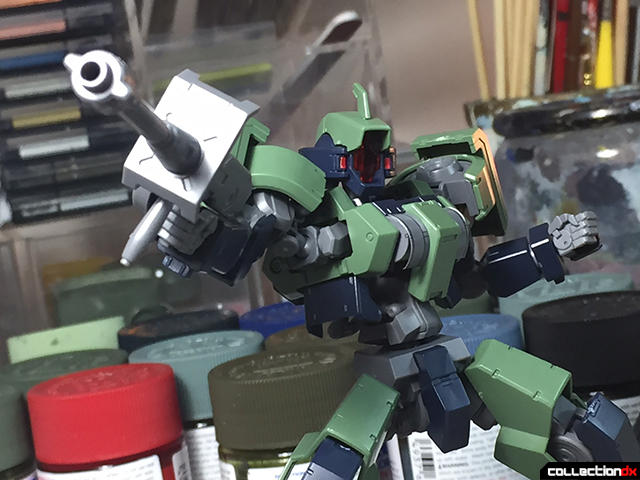 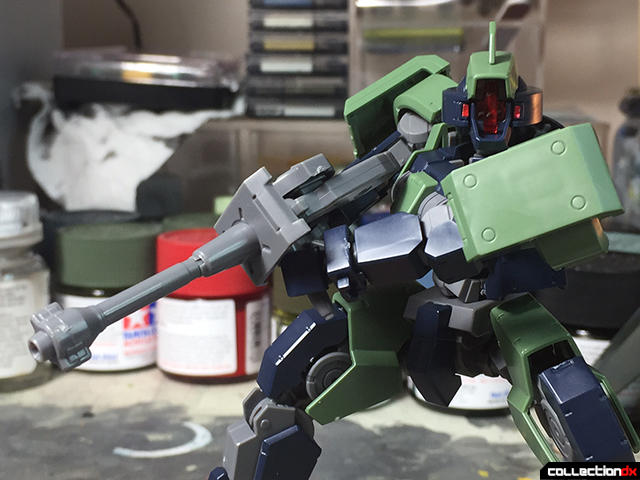 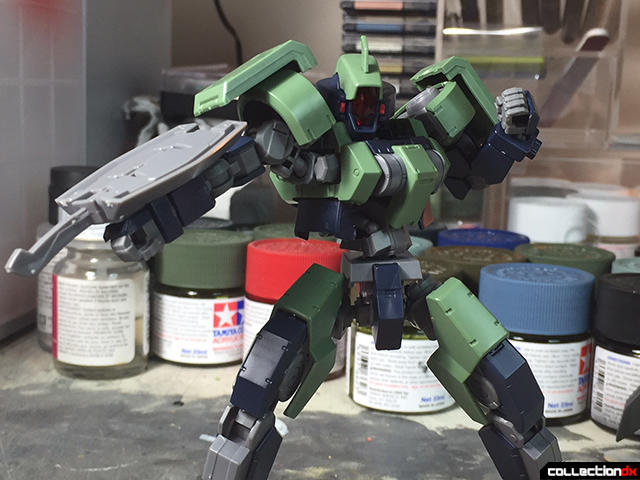 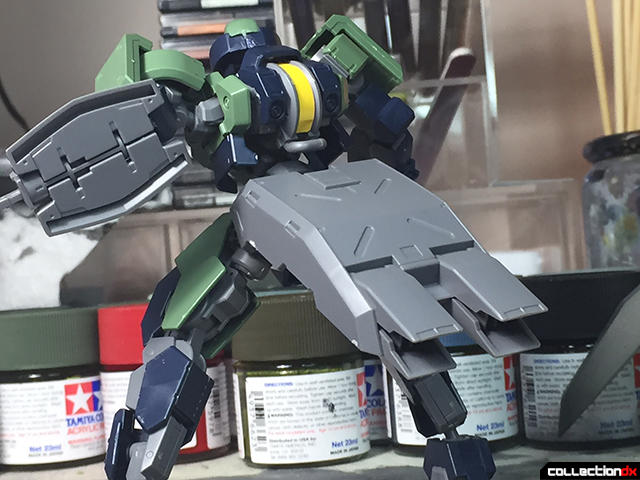 Size is typical, for a high grade, but he still looks really imposing in front of his opponents.

All in all, the high grade Geirail is a really good kit with lots of articulation, fun, versatile accessories, and a design that draws inspiration from some very non Gundam sources, making for a solid, memorable figure that is just too good to pass up.

3 comments posted
Anyone have any thoughts

Anyone have any thoughts about the Geirail?

Good review! My first thought on sight was that it looks like an alternate version of the Nemo, perhaps what the Nemo would be in IBO. Everything's cool except the ax. As you said, those hollows make it look like a fancy frying pan.

I never thought of the shield that way initially, but now I can't look at it any differently! It IS a frying pan!