The evil villain Savanti Romero is back with a plan to unleash the world’s most famous monsters upon New York City! The Turtles gear up with new monster-hunting weapons to save the city—and themselves!

Frankendon was provided by Playmates Toys

In honor of Halloween we are taking a look at the Teenage Mutant Ninja Turtles Monster Hunters line. The line consists of four monster turtles and two monster hunter turtles.

All the figures in the line come with the same packaging with the exception of the name card in front. 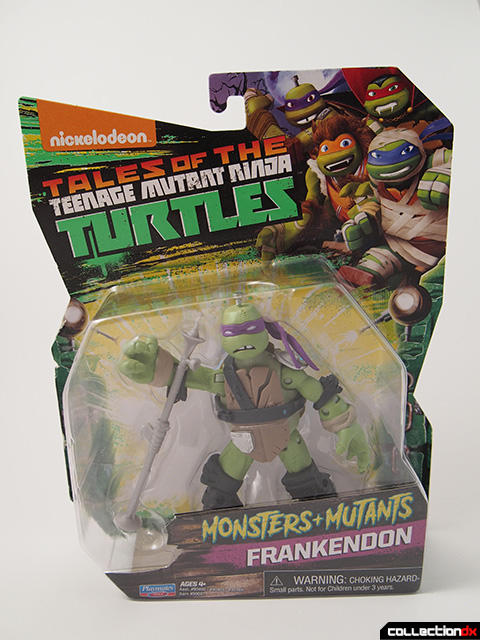 Frankendon is a great little action figure, with marvelous sculpting and decent articulation. I don't collect TMNT figures as a rule but I have handled a number of them and I am always impressed with the build quality. These toys will hold up to strenuous play with even the most demanding child. 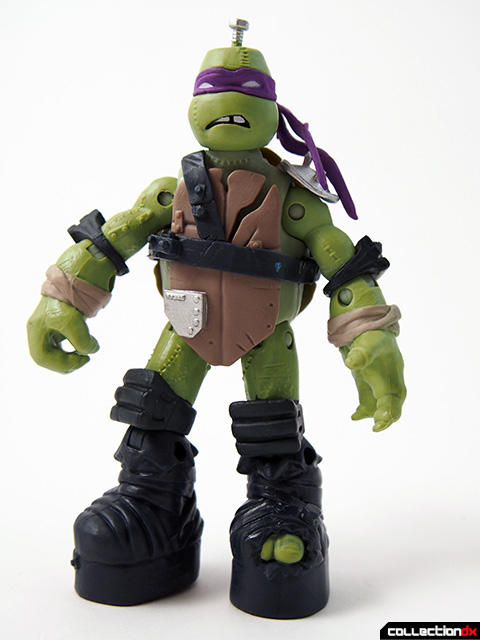 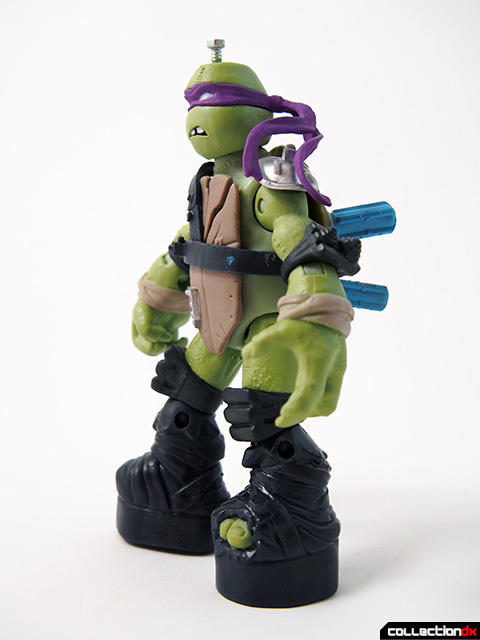 The sculpt is a nice merge of the turtle and monster aesthetic. There are nice nods to the classic monster like stitches in the skin and even a screw in the head.

The back has blue electrical tubes sticking out of the shell, with a slot for storing the weapon. I love when figures have a way to store the accessories. 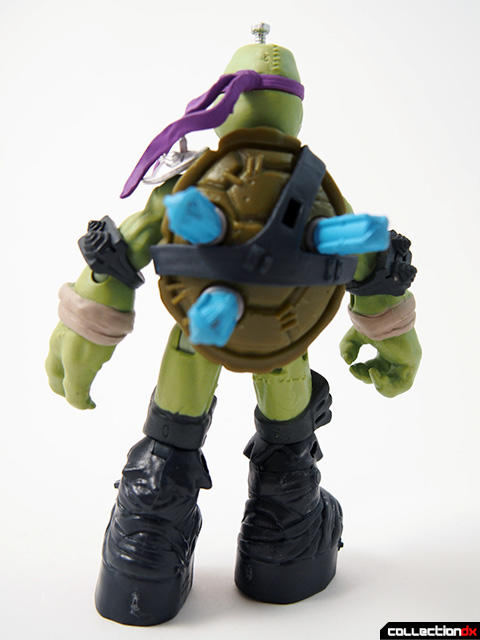 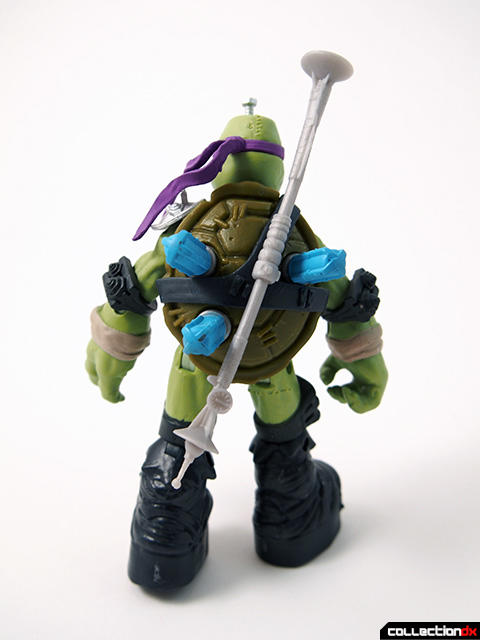 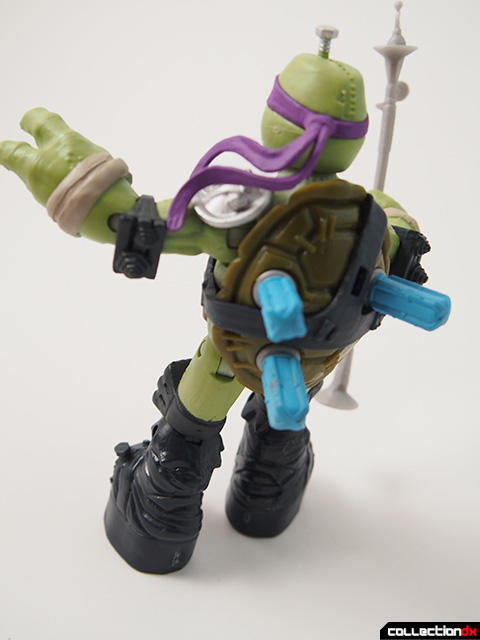 Articulation is great per usual TMNT standards, but some joints are hindered by shoulder pads and other decorations. 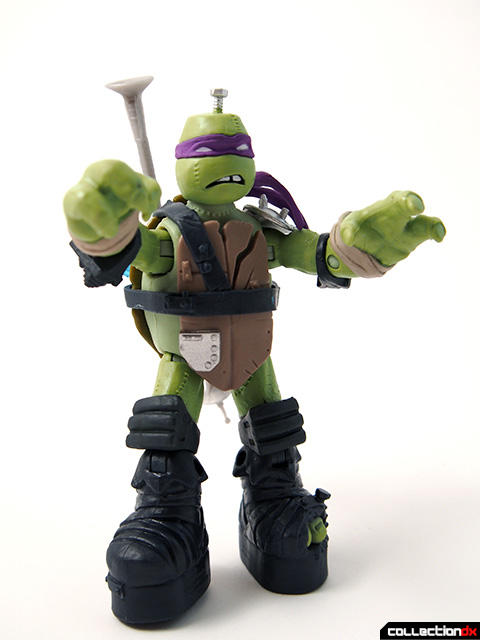 The Bo staff can be held in either hand. 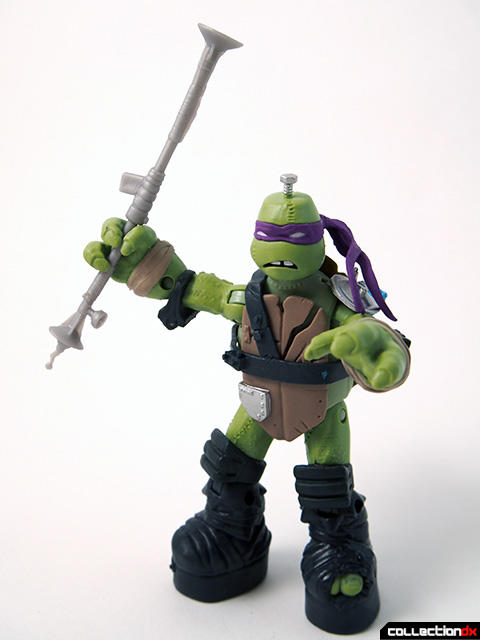 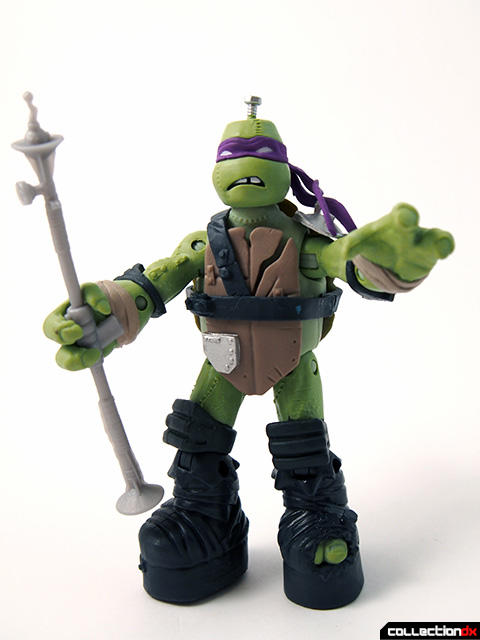 I have two issues with this figure. First, one of the legs is really loose. If you pick up the toy by the body and move it around the leg wings freely - a rarity for these sorts of figures.

Secondly, there are omissions in the paint application compared to the promotional pictures.This isn't uncommon, but when you see what they could have looked like you can't help but be a little let down.

Stay tuned for the other releases in this series! 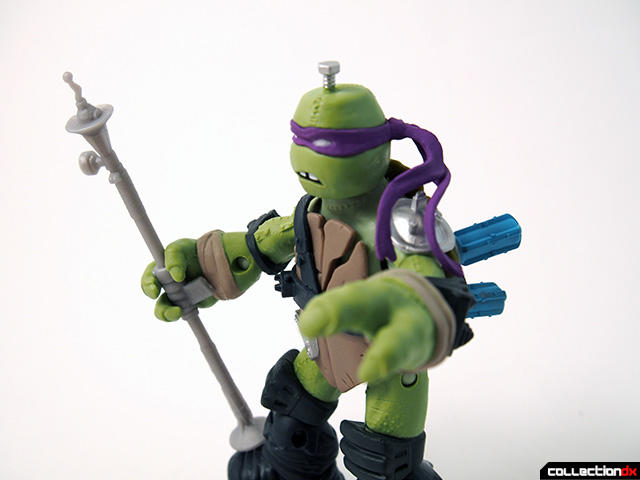