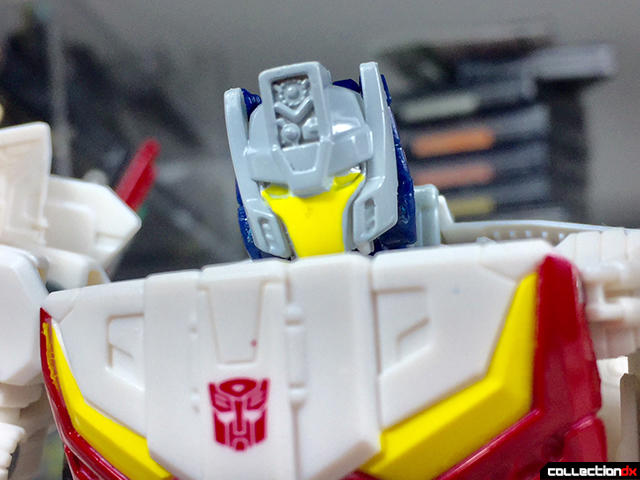 If Quake’s improvement of the Hardhead mold is one way a repaint/remold can go, Transformers Titans Return Deluxe “Breakaway” is the opposite. It takes a similarly good mold (Chromedome) and makes it just look boring and more than a little forgettable.

In robot mode, any positives I would have just stem from the fact that Breakaway is using Chromedome’s body mold, because otherwise he really doesn’t bring anything new that makes him any better or even as good as his predecessor. From the all white arms that are just begging to be blue (they would at least look less boring that way) to the fact that the color scheme appears to be generally unfinished. I get the general impression that whoever chose these colors simply didn’t finish, and that really bothers me. One other addition Breakaway gives this mold is a new face sculpt, but even that fails to impress me. Just like everything else in this mode, it’s pretty boring! I do appreciate the subtle asymmetry on his forehead, but other than that the new head sculpt really lacks any personality, which is a shame. I actually really like G1 Getaway and even he has more color detail than this modern interpretation, and that is not right! 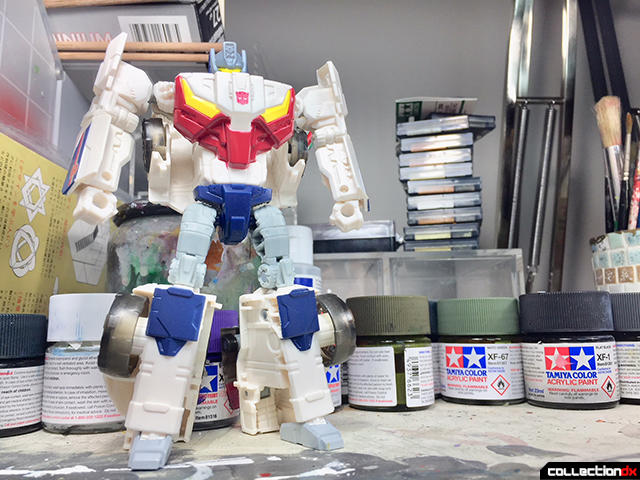 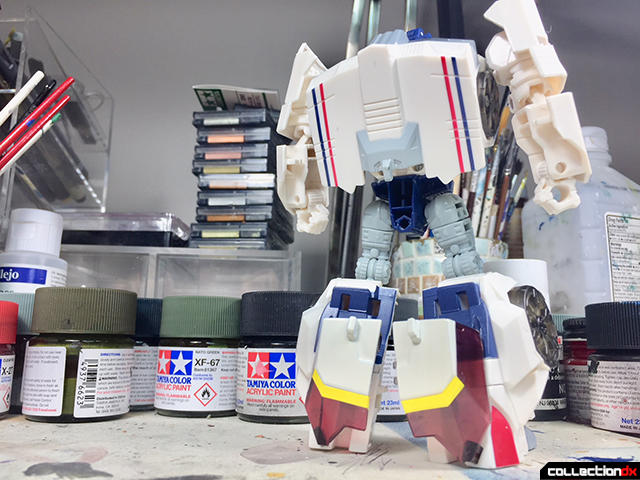 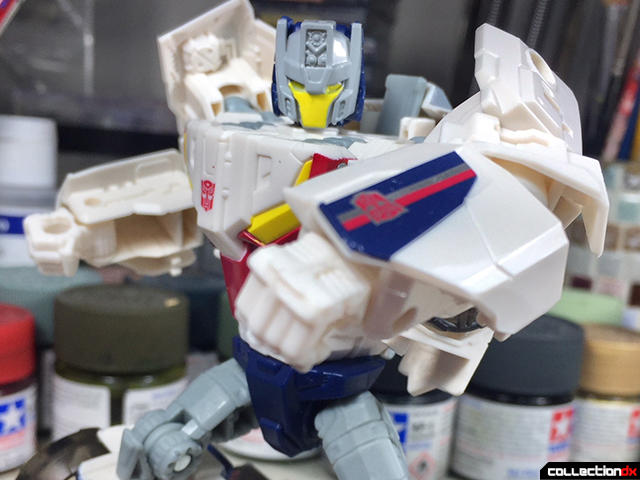 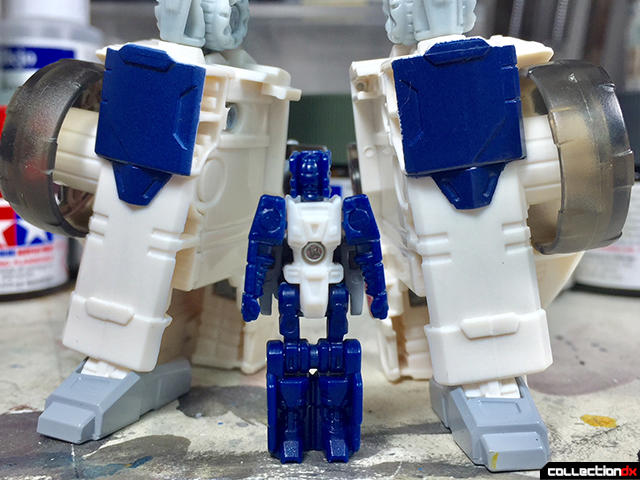 Accessories are, as you can expect, the same as Chromedome’s which definitely isn’t a bad thing, so I can’t fault Breakaway for using them. 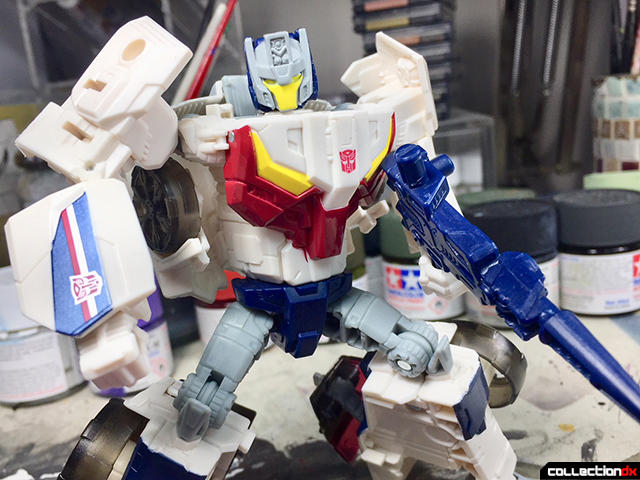 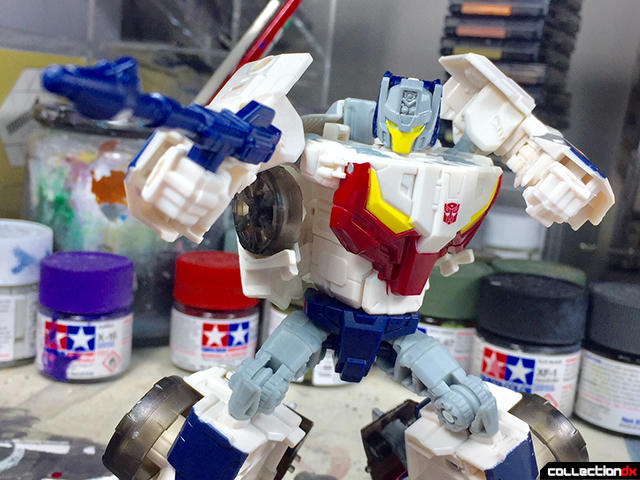 Breakaway’s transformation is the same story, and I thought Chromedome’s was really effective and enjoyable. I will say that if you are tired of that conversion scheme due to Combiner Wars, Breakaway wont try too hard to change your mind.

In vehicle mode, I have a lot less of a problem with the color scheme. In fact, I like it in a sort of retro G1 evocative way. I do wish it featured some new details and didn’t try to conform to G1 Getaway’s simplistic nature as much as it does, but honestly that doesn’t bother me too much so I can’t realistically complain. The weapon integration in this mode is, of course, back from Chromedome, and yeah I still really like it. 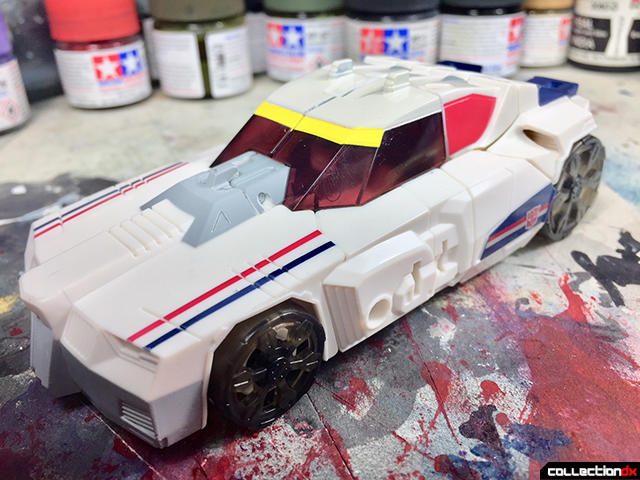 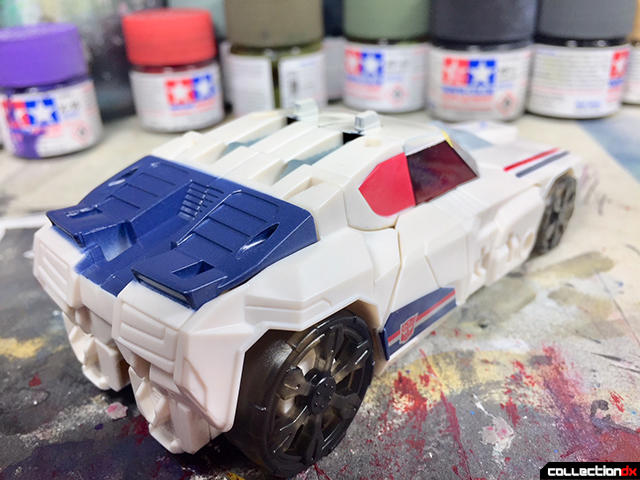 With everything out of the way, what do I think of Transformers Titans Return Breakaway? Honestly, I can’t feel bad for it because of how blatantly lazy it is, but I can’t hate it either. It’s the perfect example of a copy and paste low effort repaint that really “kills it” with the Chromedome mode, as in it diminishes it. If you are looking for a good Titans Return repaint, Breakaway might as well not even exist, because you should’ve gotten Quake already. This figure isn't bad or anything, it's just not enough!

He's a wretched jerk in the comics, so maybe it's fitting he doesn't have an enjoyable toy.

I'm a fan of MTME so I was really looking forward to Getaway/Breakaway. But, like you, I thought the final figure looked unfinished. Granted, it's not something you couldn't fix with halfway decent painting skills, but I was hoping Takara would come along and do it. Now I'm over it.

Yeah, I see your point but I’m just disappointed because I didn’t pay $15 to paint it myself!
Even if they just used different plastic colors or something!!!