The Xi Gundam is the mobile suit for the story’s protagonist Hathaway Noah, or Mufti Nabiyu Erin, the son of the famous captain Bright Noah. Set after the events in Beltorchika’s Children it deals with a new anti-Earth Federation force called Mufti.

Penned by Gundam creator Yoshiyuki Tomino, it’s a very dark story but also was a very progressive one, not least because it featured outlandish mechanical designs by Moriki Yasuhiro, of Zeorymer fame.

It’s these mobile suits that are of interest here as up until recently, we’ve never had any proper toys of these designs. While there was a Gundam FIX Figuration set of both the Xi Gundam and Penelope, like many toys in that range they tended to fall apart and weren’t all that posable either.

Here though the Hathaway’s Flash mobile suits are part of the Robot Damashii line and the result has been epic.

I already purchased the Xi Gundam back in 2013 and was very impressed with it. This new version though is even better. 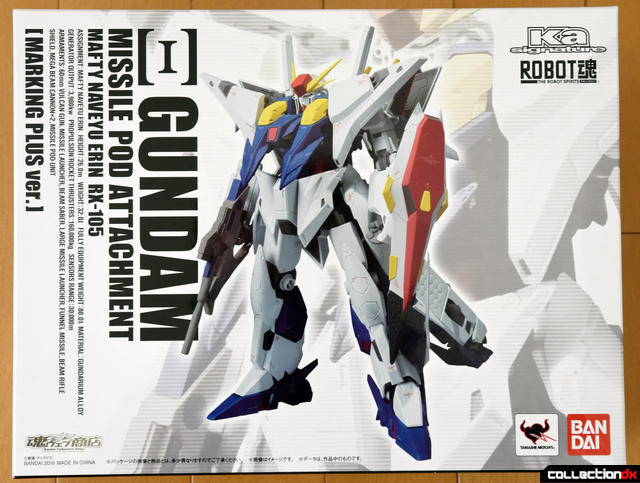 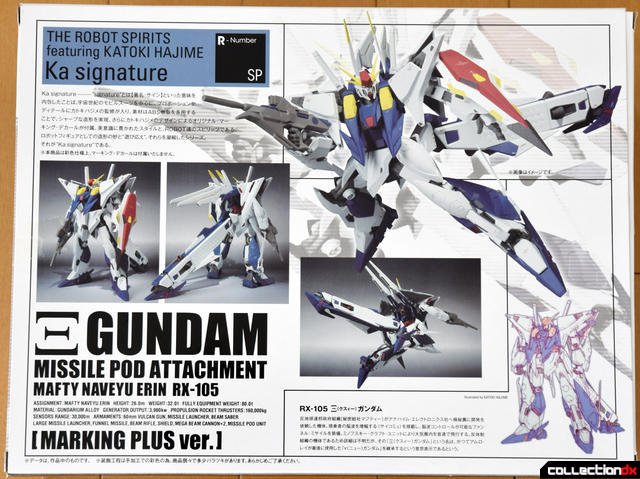 Unlike the Penelope, the Xi Gundam is a lot less complex in terms of its armor parts as there is no base mobile suit underneath. It’s also very well articulated and is able to stand up fine just on its own. 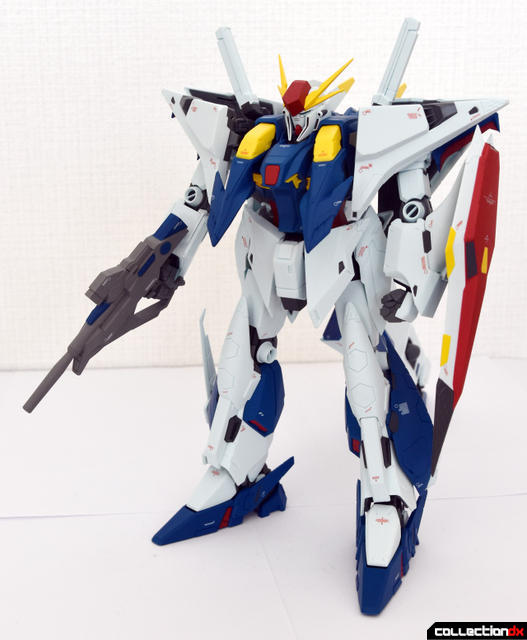 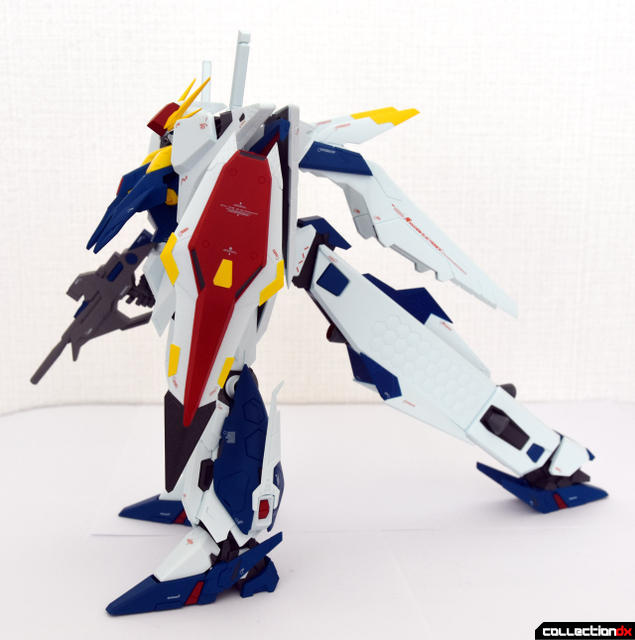 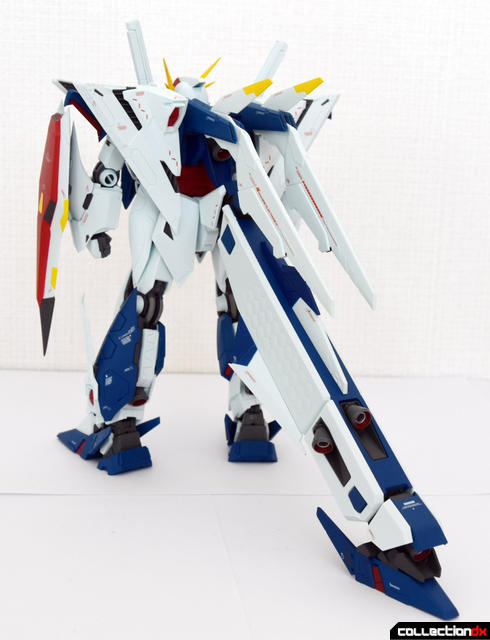 Naturally, I had to get out the 2013 version for comparison. Despite the obvious lack of the missile pod at the rear, there are a lot of little changes across the new toy. 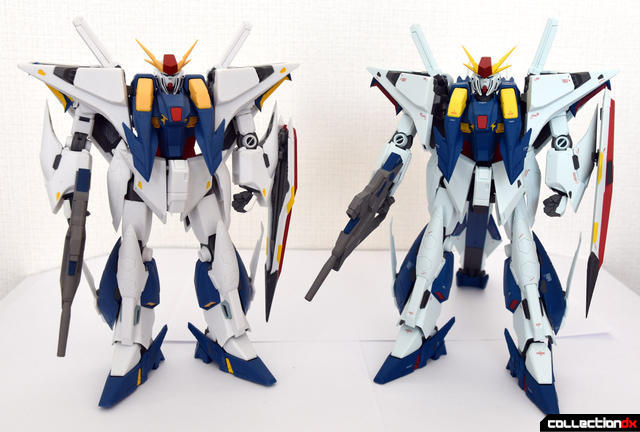 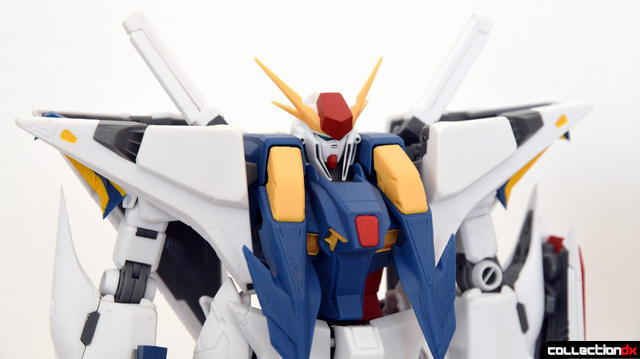 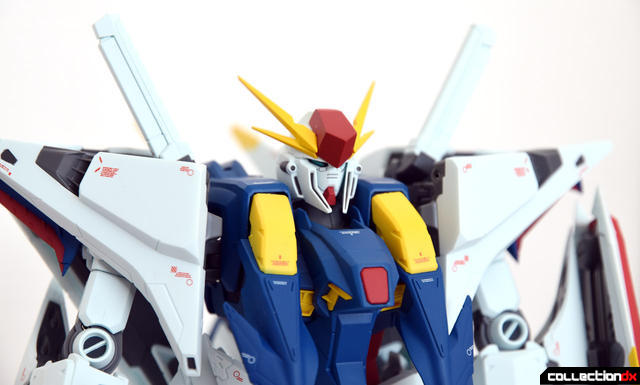 The obvious changes are not only all the markings obviously but also that the paint scheme has a blue tone to it compared to the 2013 version’s flat white. In addition, the head and face of the new toy have been completely reworked. 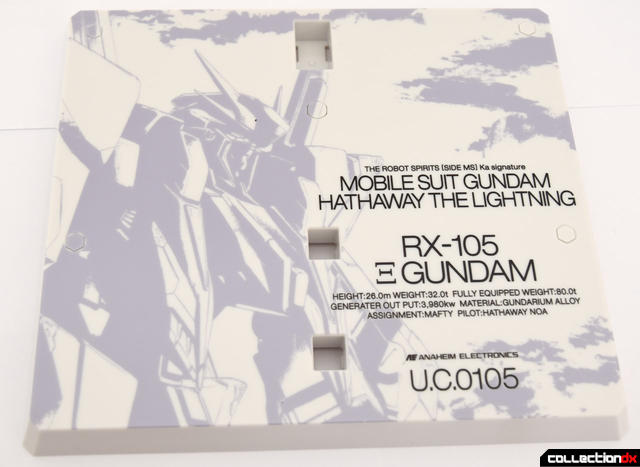 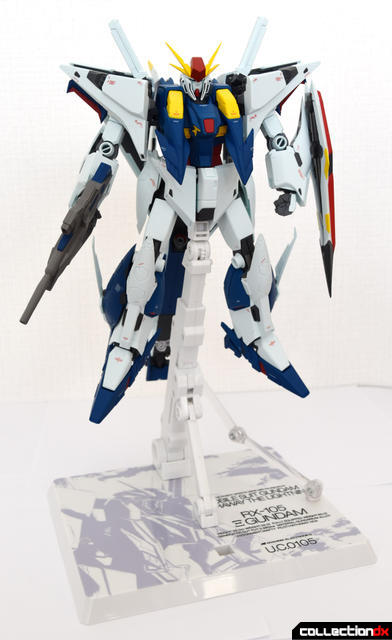 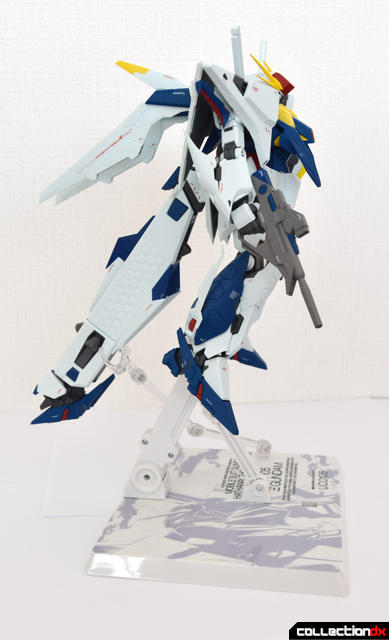 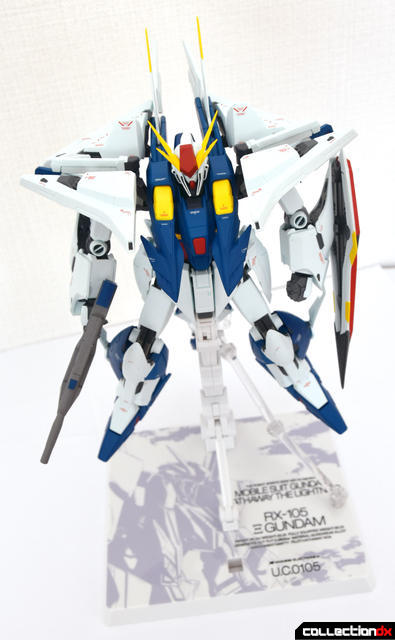 Like with the Markings Plus Penelope, this Xi Gundam also comes with a stand featuring art by Hajime Katoki. Sadly though, the boxart doesn’t replicate this. The stand also comes with additional parts to support the missile pod at the rear. 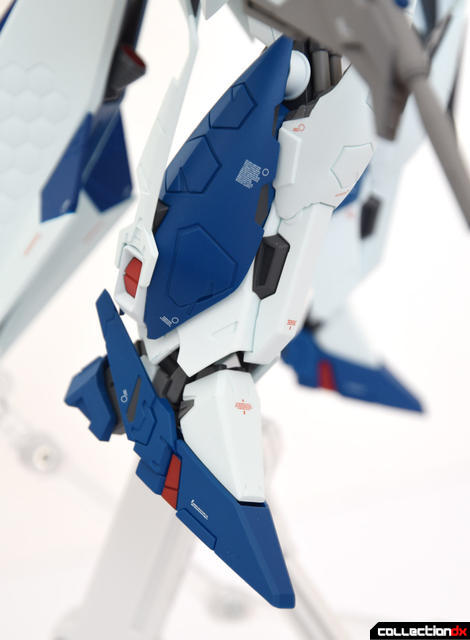 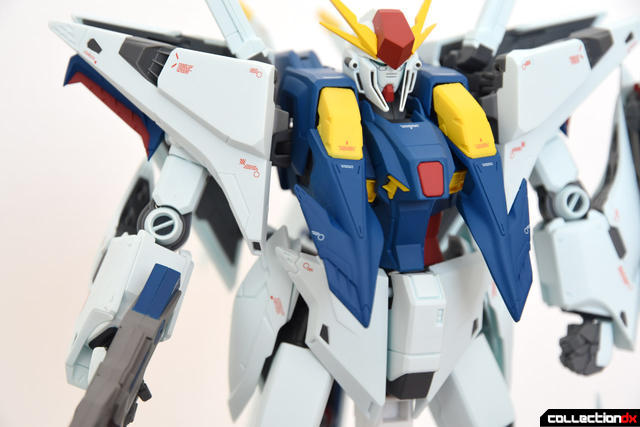 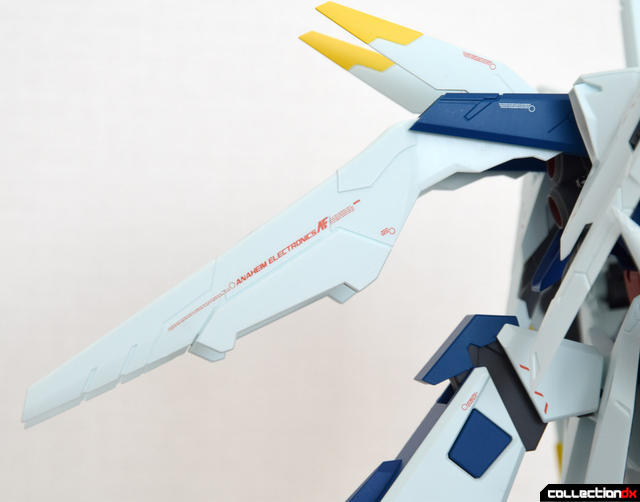 The extra markings are all very nicely done and finely printed with it. 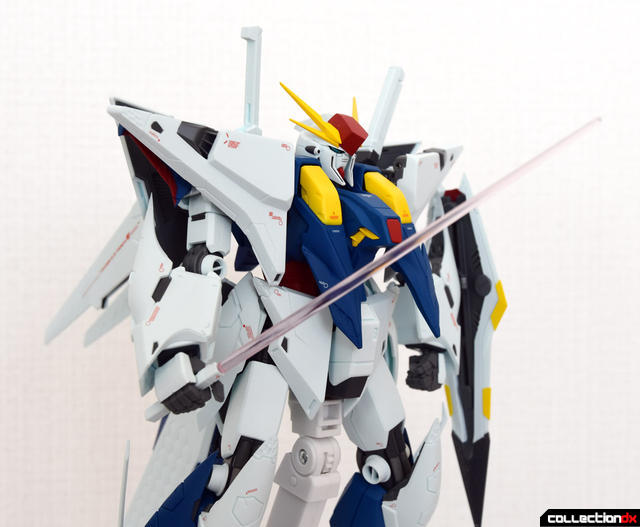 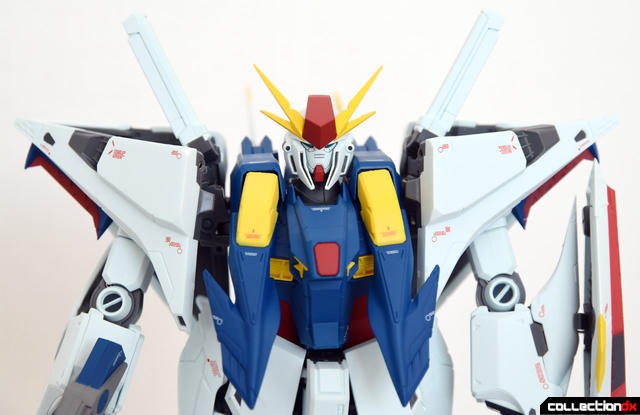 As I already have the 2013 release of this toy, much of what was great about that applies here. In that, this is a very high-end Robot Damashii release and comes with everything you’d expect that line to offer and a whole lot more.

Specifically the articulation is excellent, the sculpt is great and the detailing is supremely well handled. The updated markings and coloring on this version are also closer to the original artwork used in the novels and the updated head looks suitably pristine.

Unlike the Penelope, the Xi Gundam is easier to play around with because of its reduced size and weight and comes with a fair amount of accessories as well. All told, this is a great toy and now even more comprehensive than the 2013 release and inline with the Markings Plus Penelope.

Even if you already have the 2013 release of the Xi Gundam, you still need this in your life. It’s better in lots of ways and looks even cooler.

I still can’t get over the fact we even have these mobile suits available as proper toys finally and for that reason alone I regard them as essential purchases.

Now that there's been figures of Xi Gundam and Zeorymer, I'd like to see one for Xardion, an obscure SNES/Super Famicom also designed by Moriki Yasuhiro that has a similar look.