Sherlock Hound (Meitantei Holmes in the original Japanese) is a twenty-six episode anime from the 1980s, directed in part by the legendary Hayao Miyazaki. A highly entertaining romp, it retells Arthur Conan Doyle’s classic stories with all the characters as dogs. This recent special Figma release of the titular character is a remarkable figure that’s very nearly perfect. 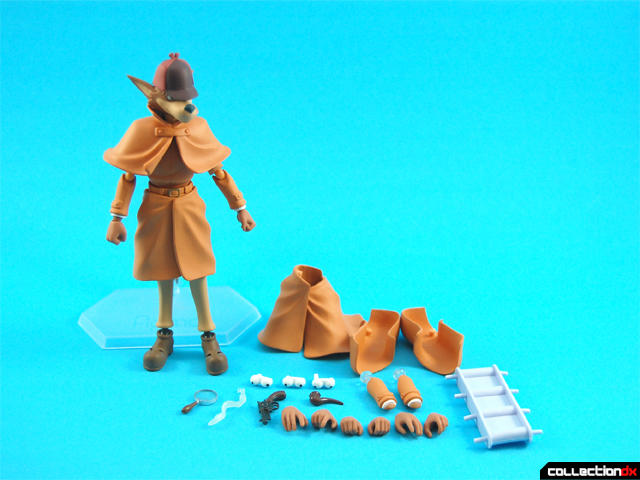 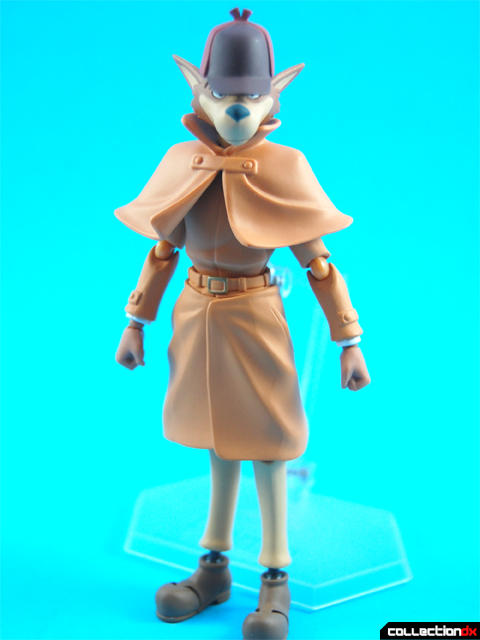 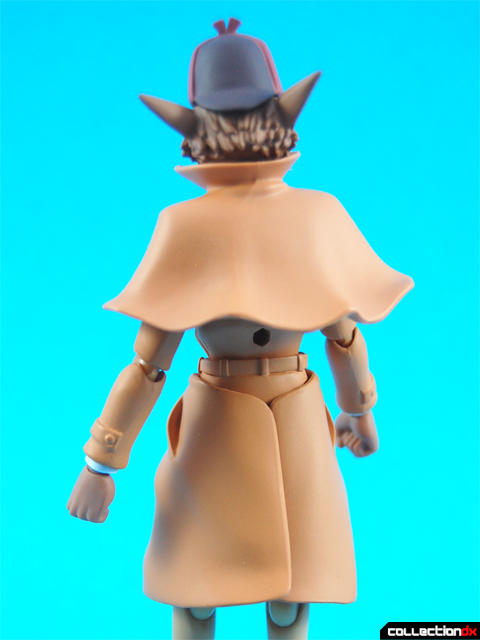 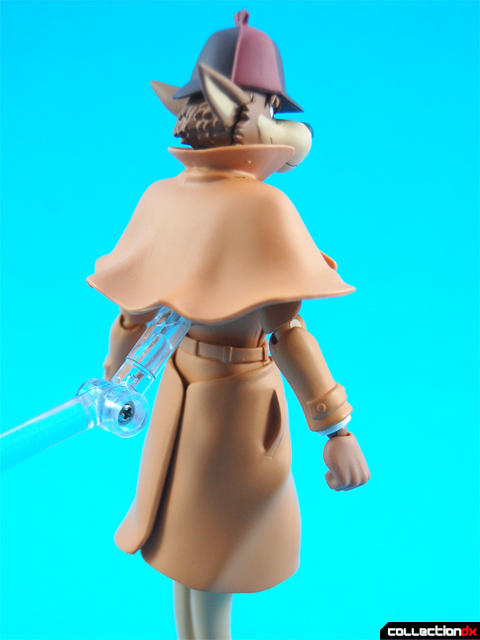 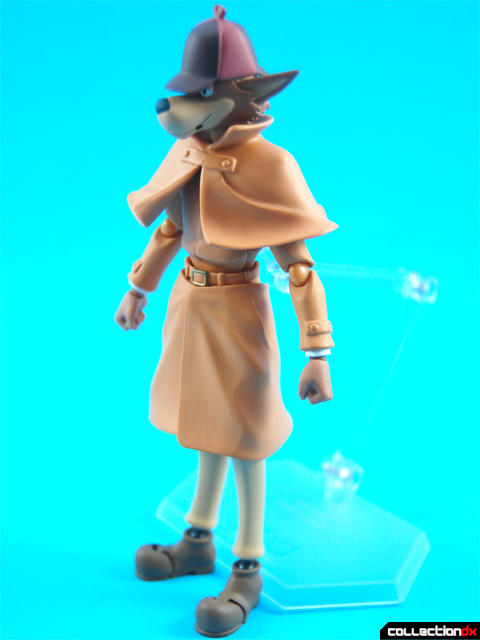 While Holmes is not as detail-heavy as many other figma, the realistic way in which his coat billows is quite nice. Here we can see my single nitpick with this figure, without his pipe he just kinda has a small hole in the side of his face. Giving him a second head without that hole instead of the different eye pieces, I feel, would have been a better decision. 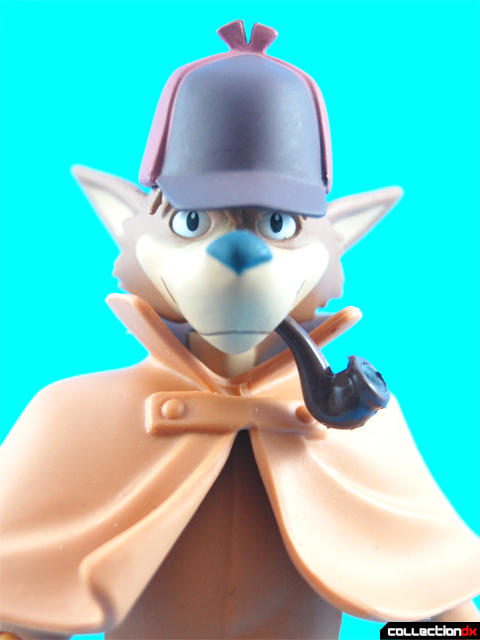 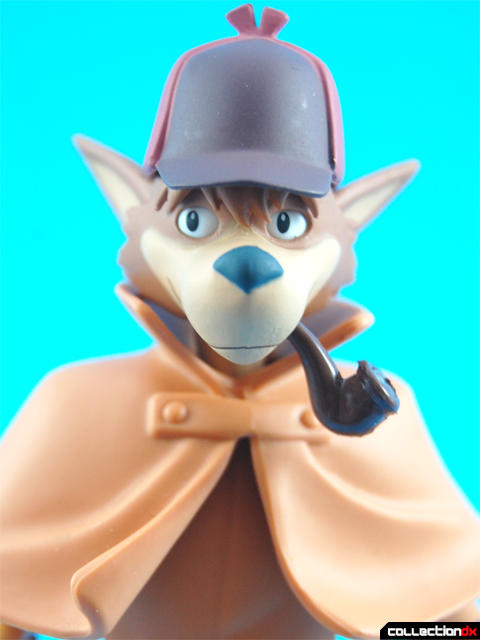 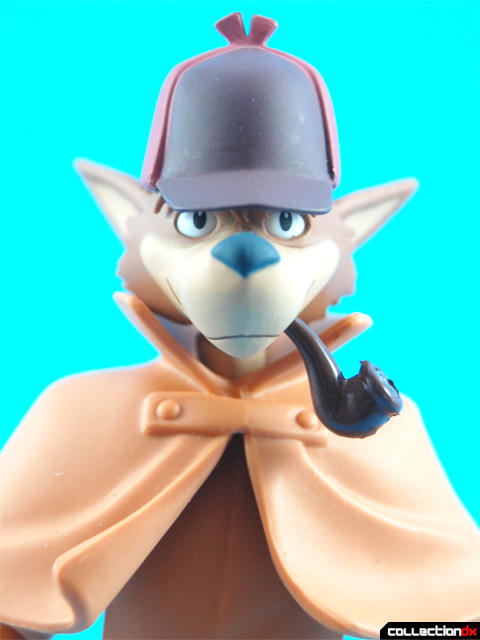 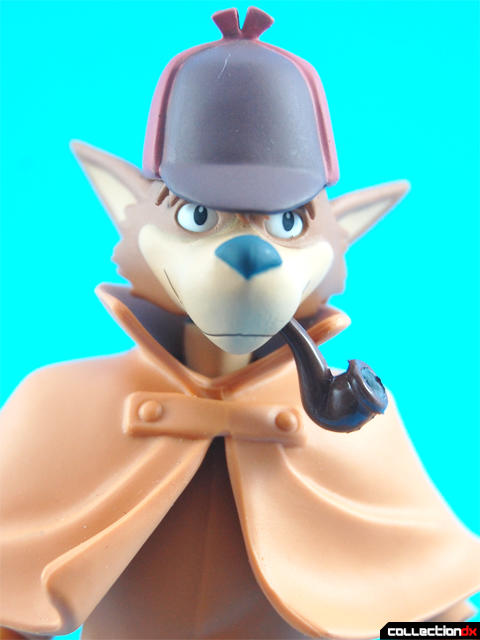 To change out Sherlock’s eyes, remove his hat and pop the front of his face off. The effect of changing his eyes is nice, but the actual process of swapping them out is somewhat horrifying and I don’t know if I’ll be doing it again. 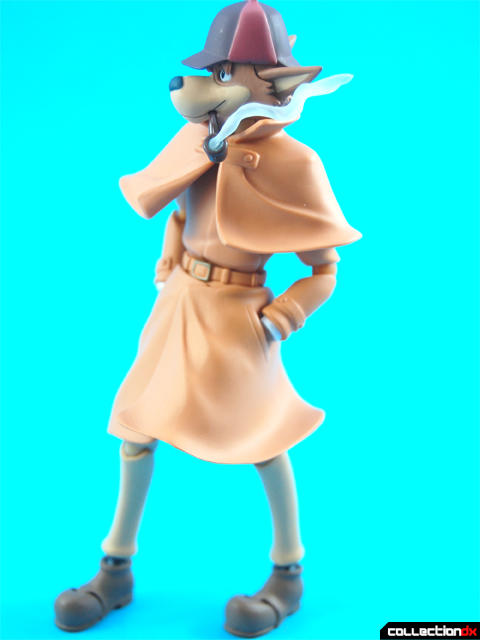 The alternate forearms give the impression of Holmes putting his hands in his pockets. You can swap out the lower half of the coat for a more windswept look, too. 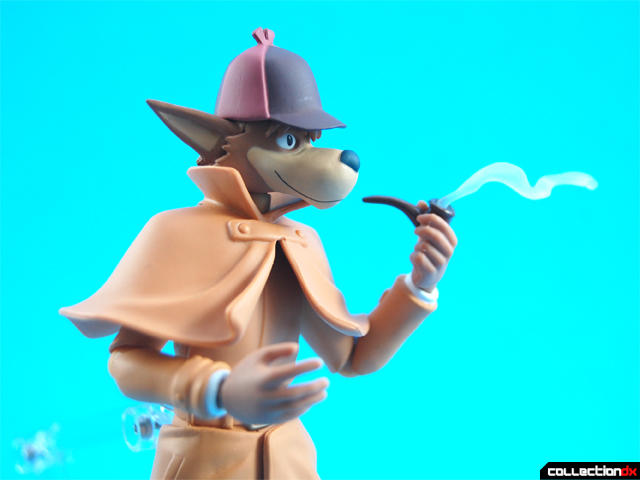 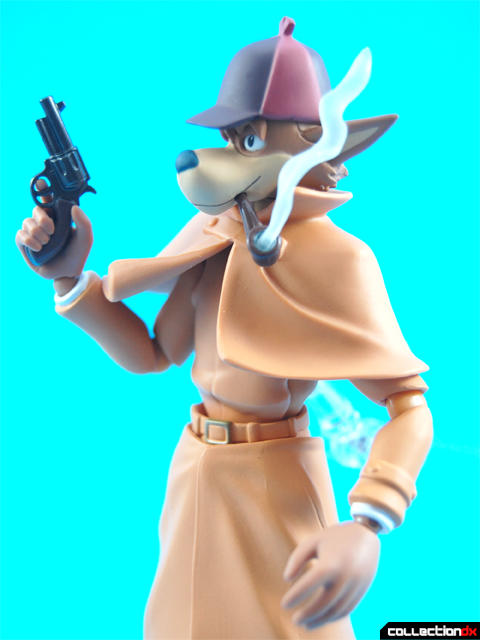 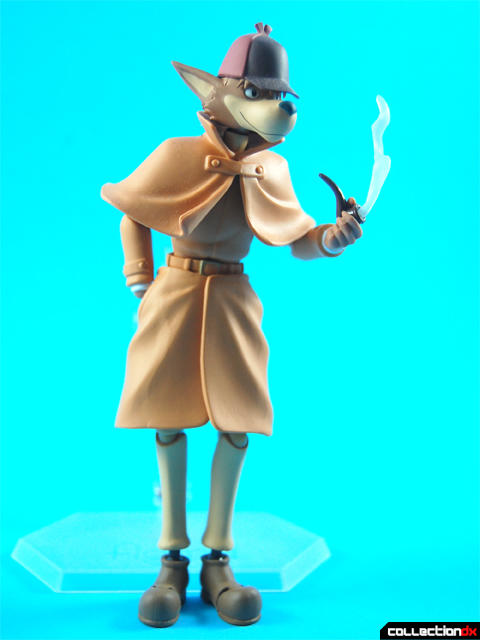 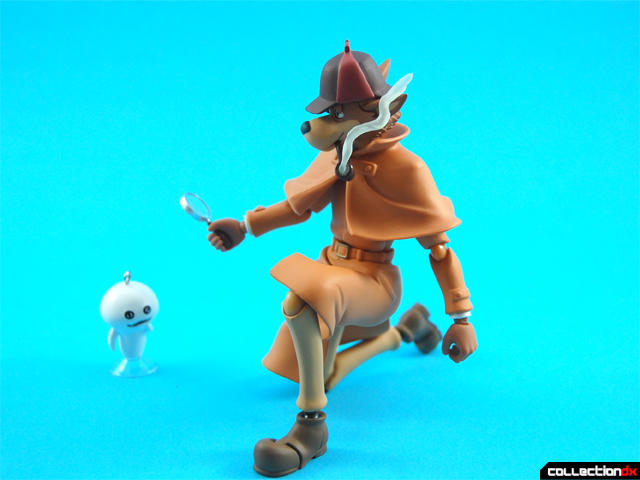 My personal favorite of the other accessories is the magnifying glass, allowing Sherlock to investigate the rest of your collection. 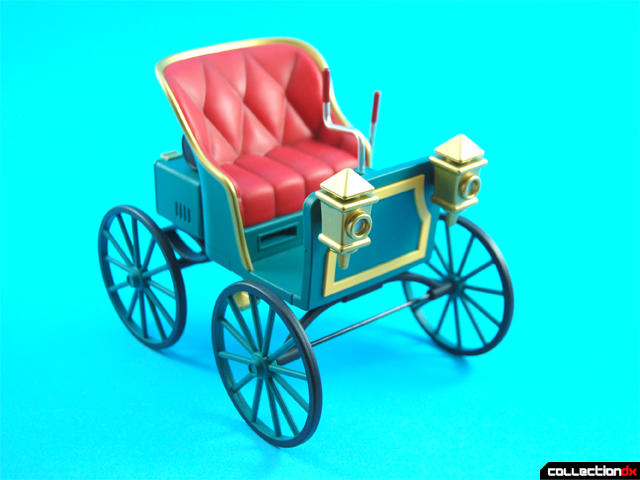 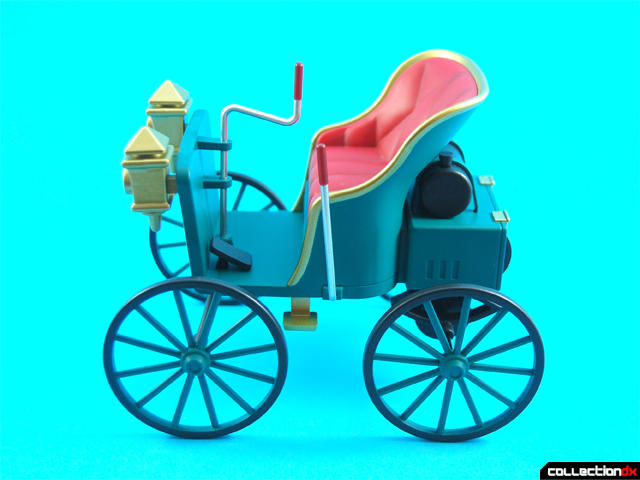 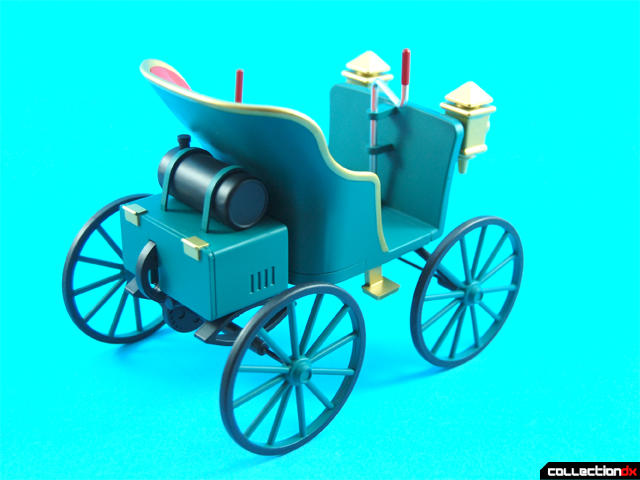 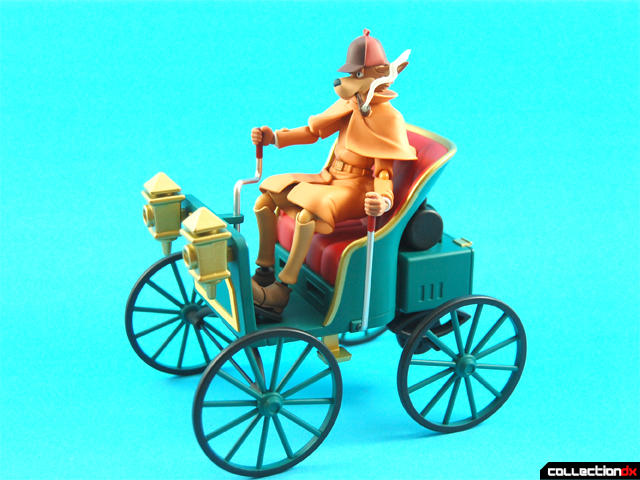 The last accessory is bigger than the rest of the contents put together, Sherlock’s entire vehicle from the series, referred to as a “Proto-Benz”. This is a solid chunk of the price tag right here, but it’s undeniably cool. What follows is some bonus content where we took Holmes outdoors for some spring photography. 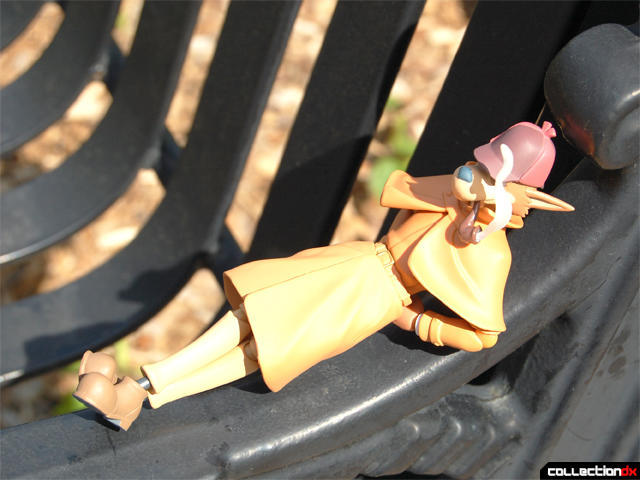 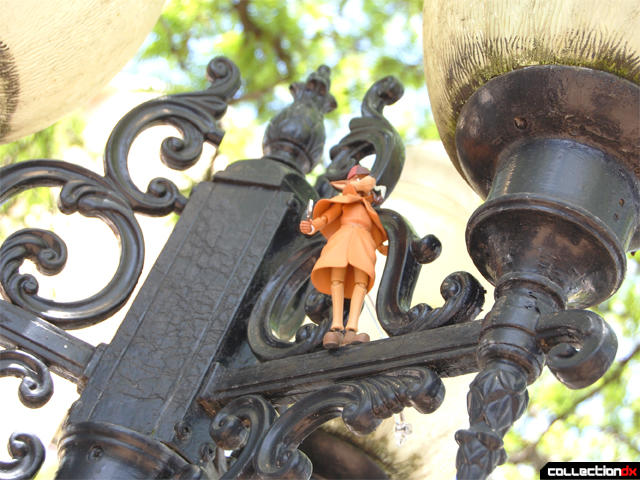 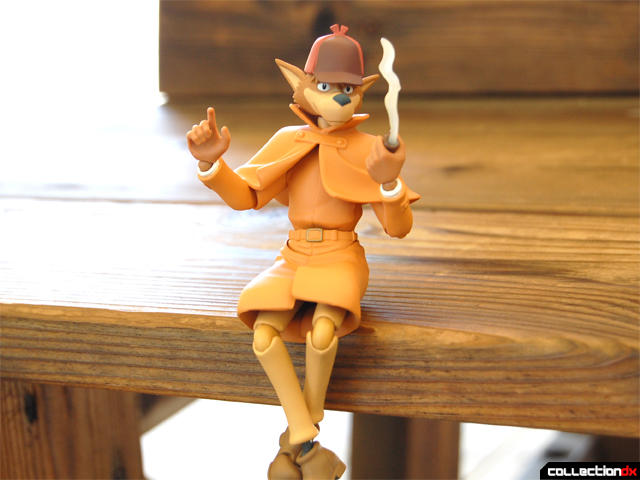 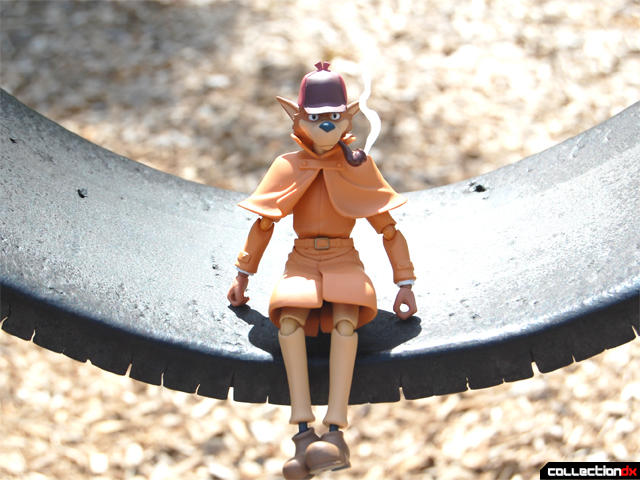 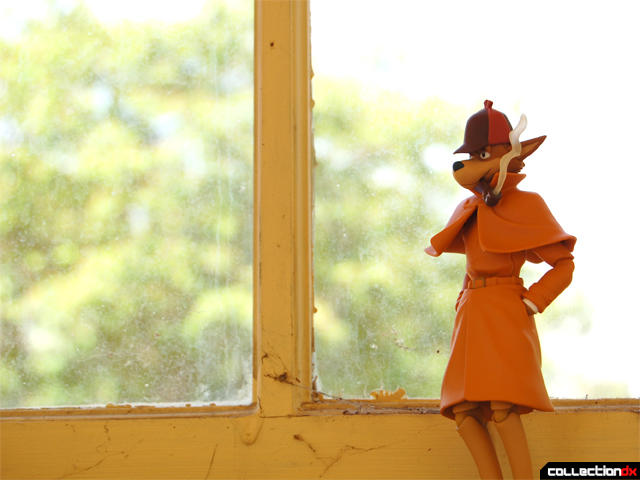 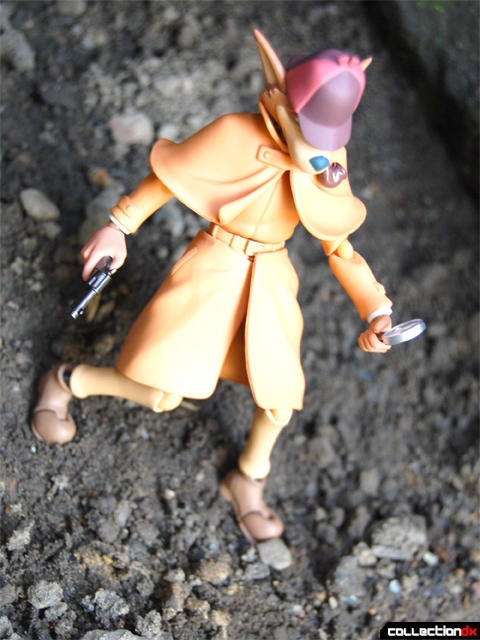 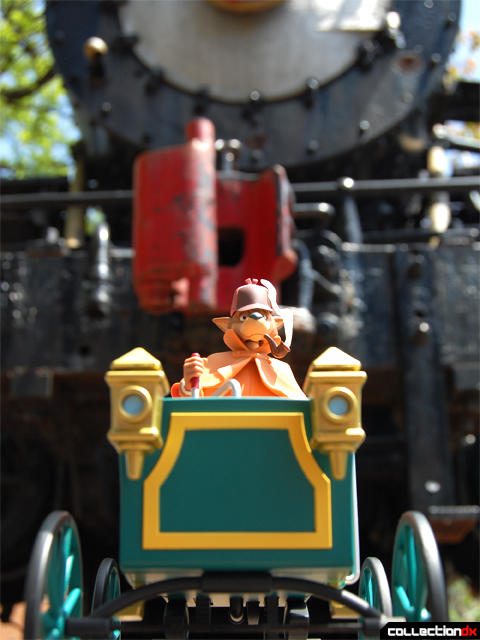 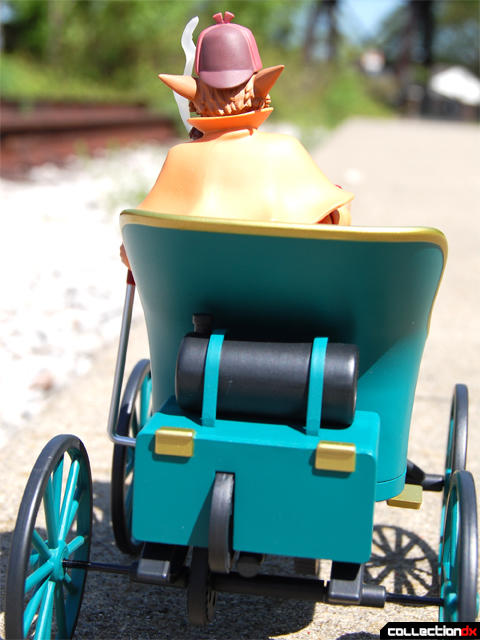 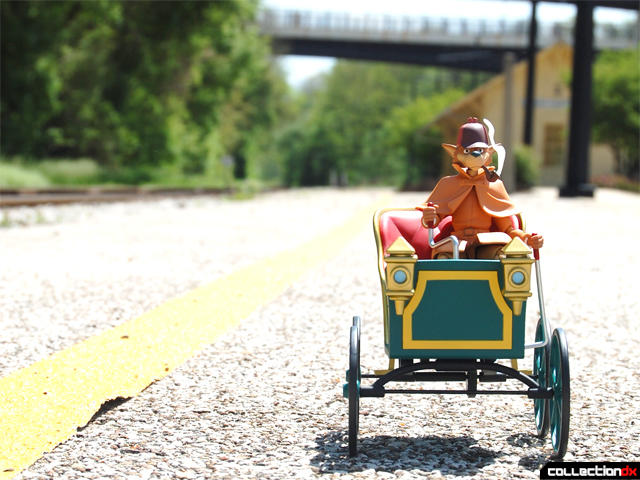 I would absolutely recommend this Figma highly as a unique and interesting release in the lineup, but I would recommend the series he’s from even more, I enjoyed every single episode.