Second in Sentinel's line of 4-Inch figures comes the sentient Tamagotchi, Rockman.exe. Despite the line being blatantly titled "4-Inch", I still can't help but be surprised by how small he is each time I handle him. 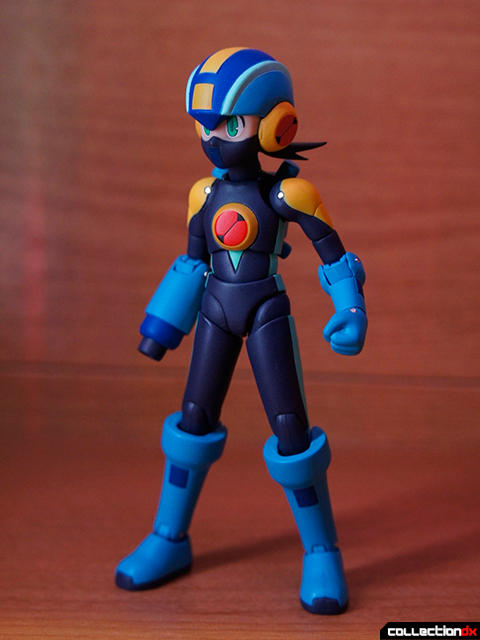 Megaman's tiny sculpt is covered in a refreshingly conservative amount of detailing. It's very faithful to the games/show/older toys. 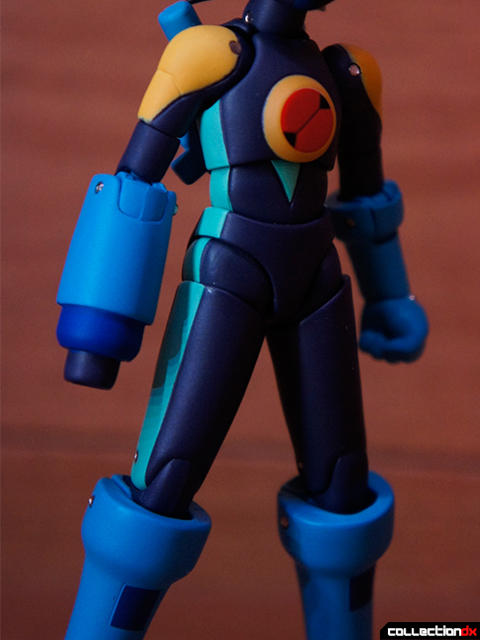 His main body is cut into 3 parts for body movement. I don't mind, but some people might find the stripes on his side not lining up to be annoying. The paint on him is overall pretty well done, but there are some areas where overspray occurs, such as the yellow shoulders on the blue jumpsuit, or the sky blue and yellow stripes on his helmet. I want to say they're unnoticeable, but since they're such bright colors on a dark backing, it stands out to me. 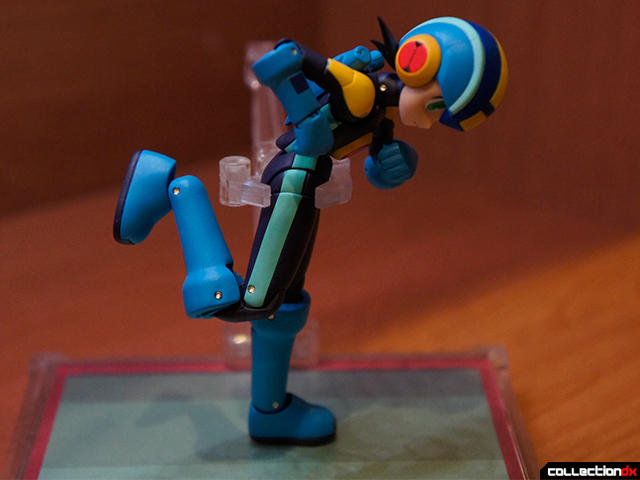 I'm gonna keep repeating this throughout the review, but Exe's articulation is astounding. Again, just having him be so small really adds to the wow factor. Sentinel didn't pull any punches when figuring out how to make him move. Unfortunately though, before picking up this figure, I heard many reports of the knees either breaking or being too loose. I can confirm that for myself. My copy of Exe's right leg is insanely loose in the ankle and knee. 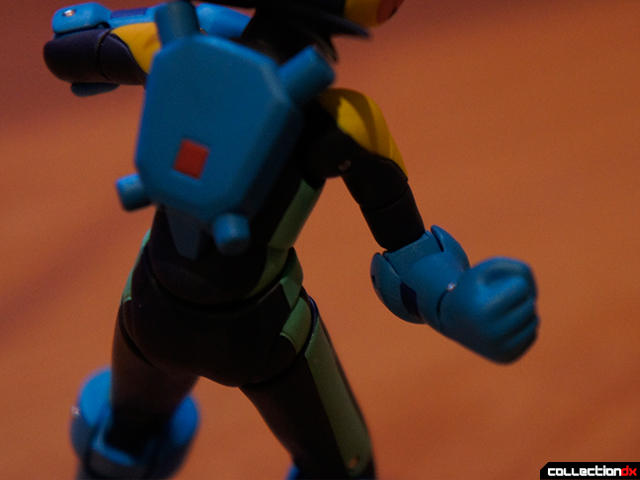 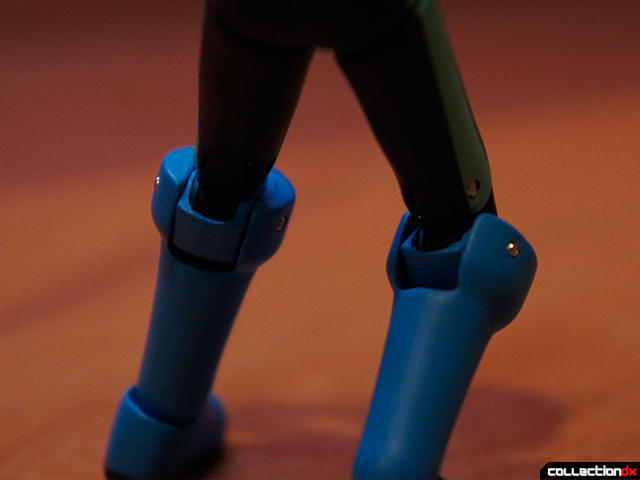 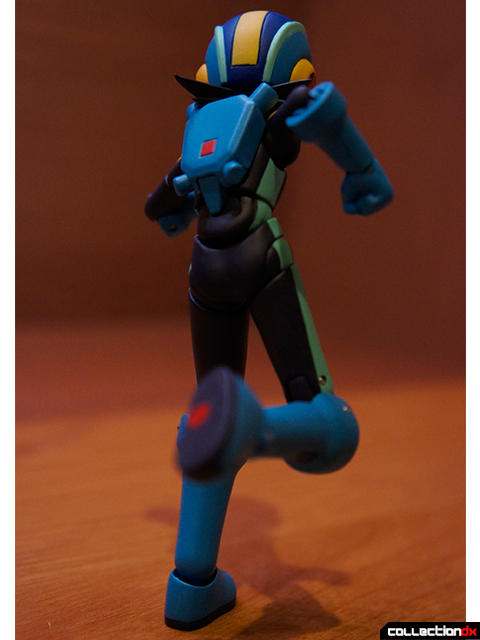 His limbs don't suffer the same fate, and instead have one of the coolest double-hinge gimmicks I'm surprised more companies don't do. The weapons also have the same hidden hinge, but being bulky, they're more limited. 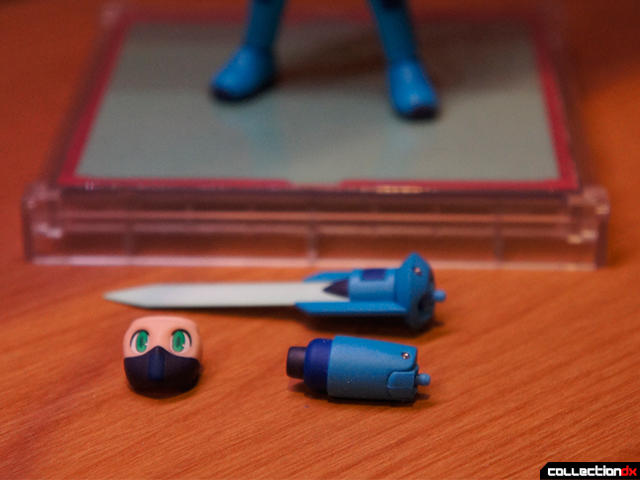 Speaking of accessories, Exe barely has any. You get a buster, a sword, and a masked face. Other things like the cannon, widesword, or splayed hands were part of an online exclusive set which I never got.

His buster is fairly plain, but it gets the job done. It has the hidden hinge system, but is limited due to its larger size. 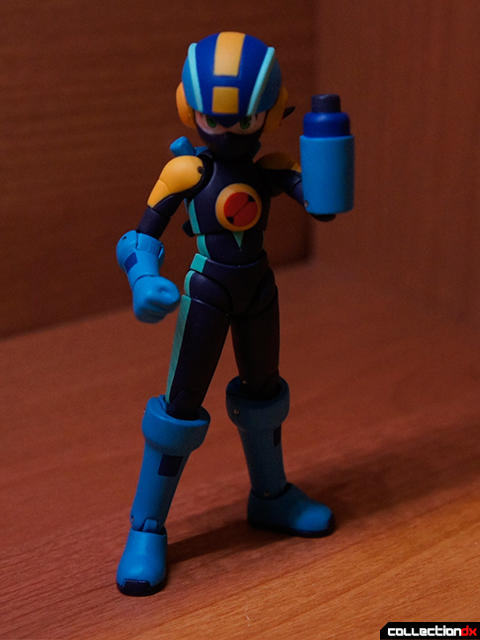 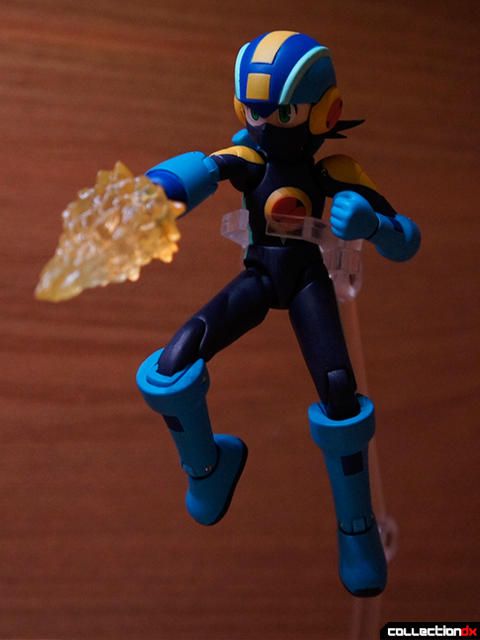 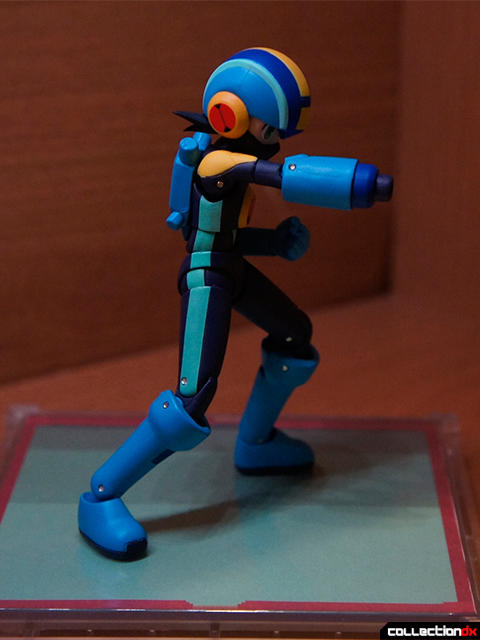 His sword has much more detail, and much less articulation. The blade is painted with this badass shading effect. It can also spin if you wanted to turn the blade like some drill. 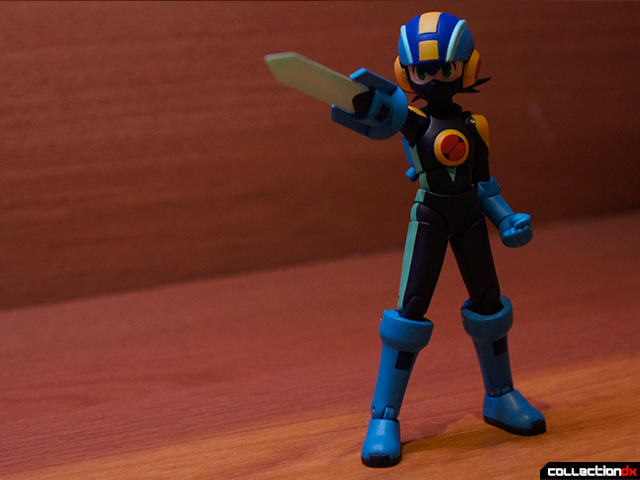 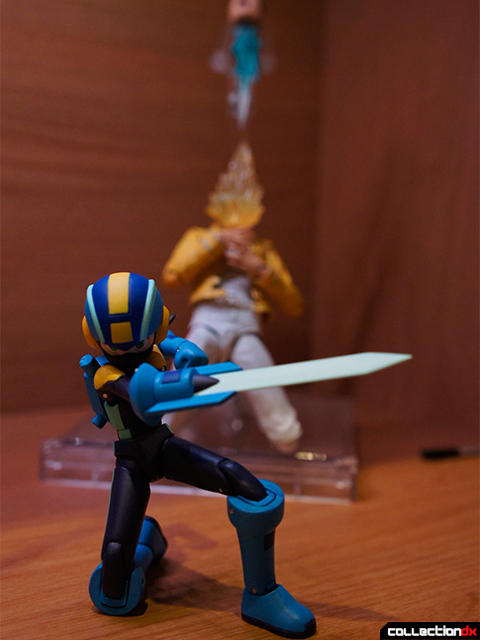 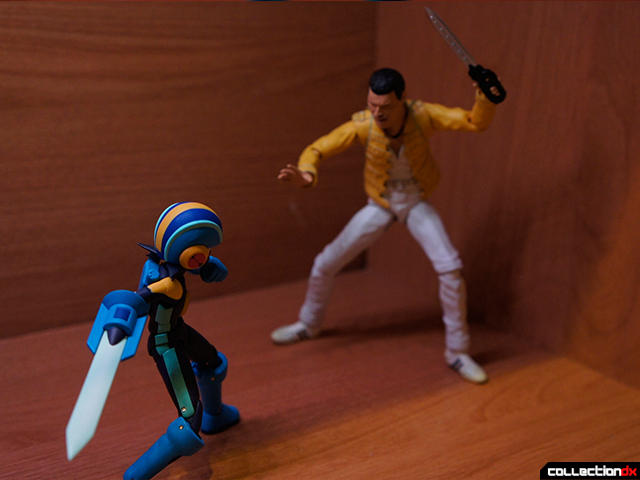 His alternate face is his battle mask. You switch it out by taking off his ear pieces and sliding his face down. It's a lot less headache than the D-Arts, but the ears tend to have loose connections. 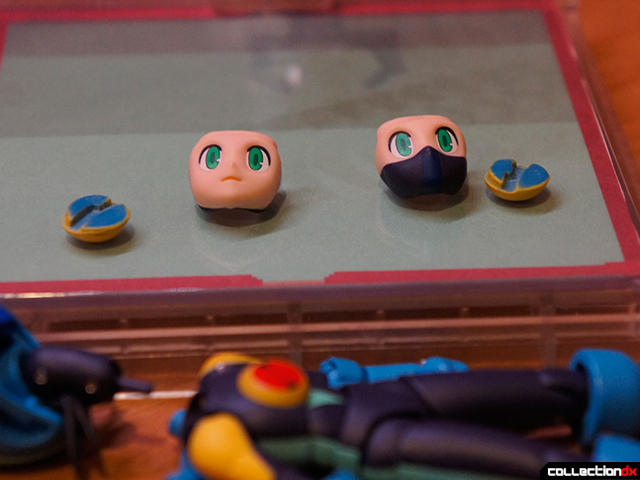 While at first glance it looks like it's just the same color as the bodysuit, it actually has a dark blue stripe running down the middle. 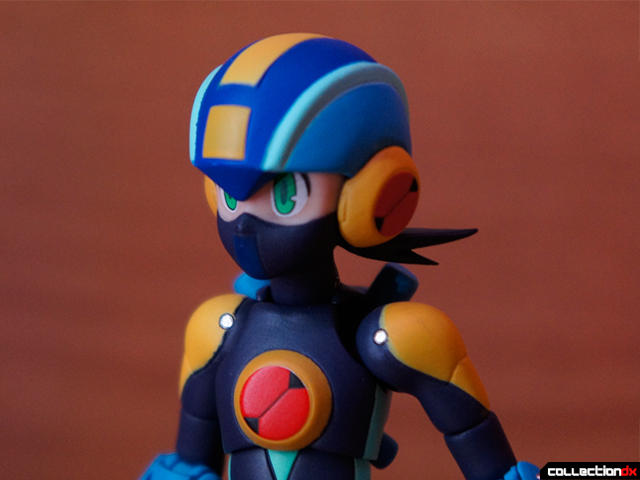 You also get a new kind of stand I've never seen. It's similar to the exclusive figma stands where you can stick paper backgrounds inside, and that's what I did, making my own Battle Network 3 floor. 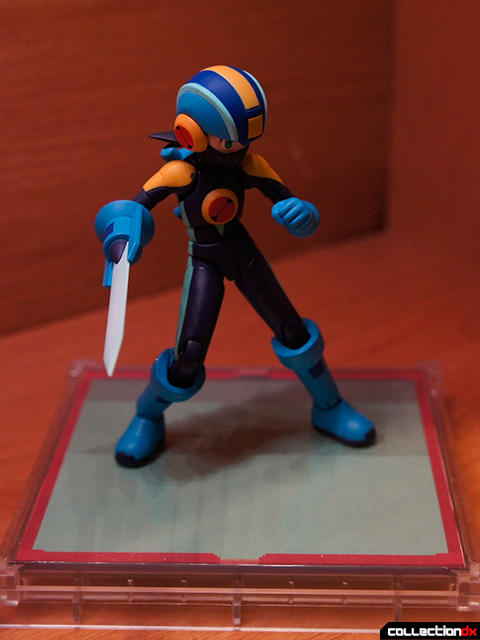 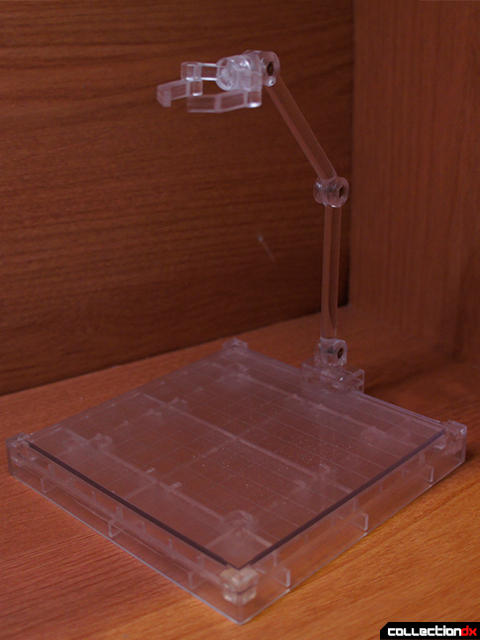 As a Sentinel release, an undersized figure and an oversized price is what I expected. Paying $40 shipped from HLJ, I honestly felt a bit gypped at the lack of accessories, but the overwhelming amount of articulation stuffed into this tiny frame helped make up for some it. If you're a hardcore fan of either the games, or figures, I highly recommend it. If you're a casual fan, I also recommend it even with the steep price due to the lack of decent Megaman figures in general.