Dollar stores used to be my go-to for strange bootlegs and transformer clones, but it seems that well has dried up for the time being. Remember all the giant KO's Big Lots had? No more. In fact very few seem to be making their way to retail, maybe due to tightening safety standards? Who knows. But when these were spotted at my local Family Dollar, I couldn't say no. Even though they were crappy toys, they were like a diamond in the rough.

Today, I bring you the generically named "Robot Fighter" There are a few in this series, all with the same name. 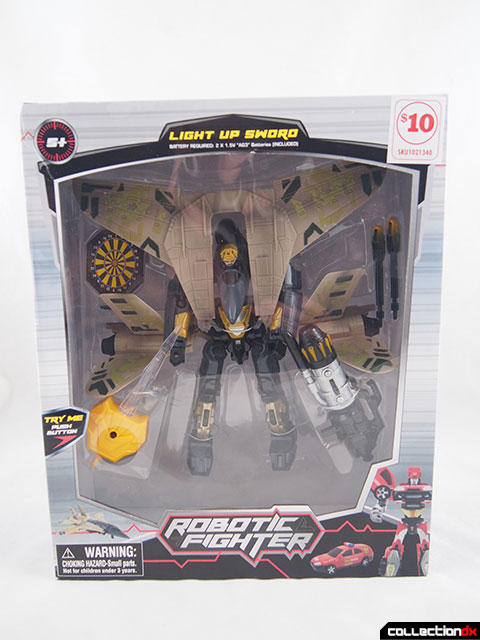 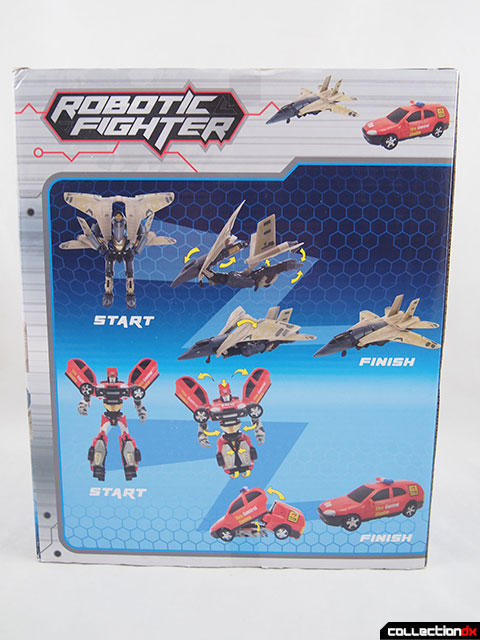 At first glance I don't know what the f*ck this is. It's like a jet plane exploded in the box. It takes all the worst parts of the Michael Bay inspired designs and tries to stick on the basic body of an Jet. It looks like shit. 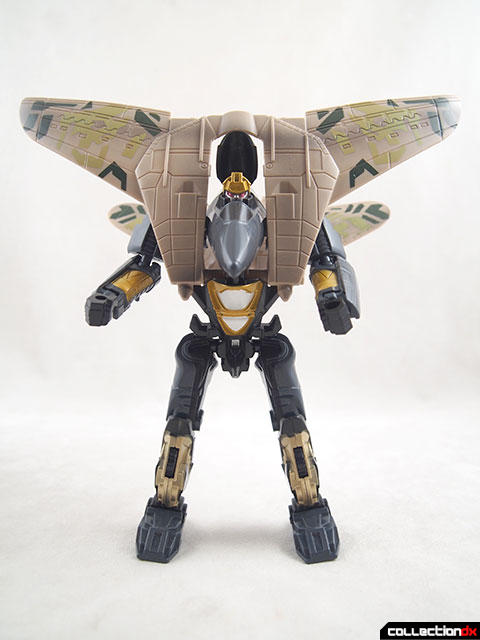 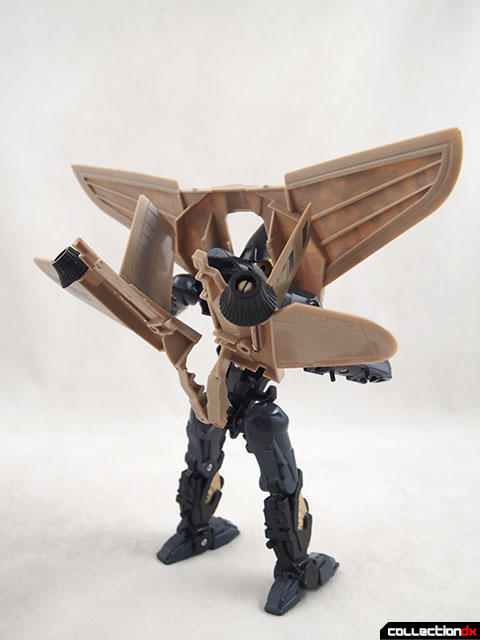 I mean, these guys weren't even trying. But a funny thing happened while fiddling with this one. It was actually well made, despite its awful design choices. Paint was decent, plastic was good quality, and there were adequate connection points to make a decent vehicle mode.

I don't quite understand who thought having the basic body of the jet just sit there was a good idea. There could have been a few joints added that would have saved this. As it is it makes no sense. But look at that paint on the head. It's nice. 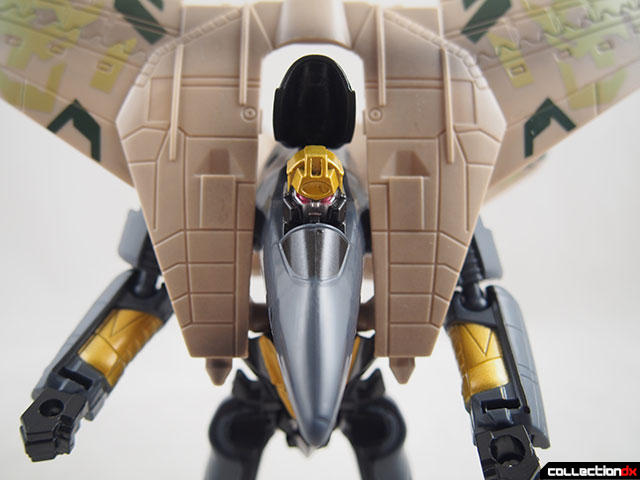 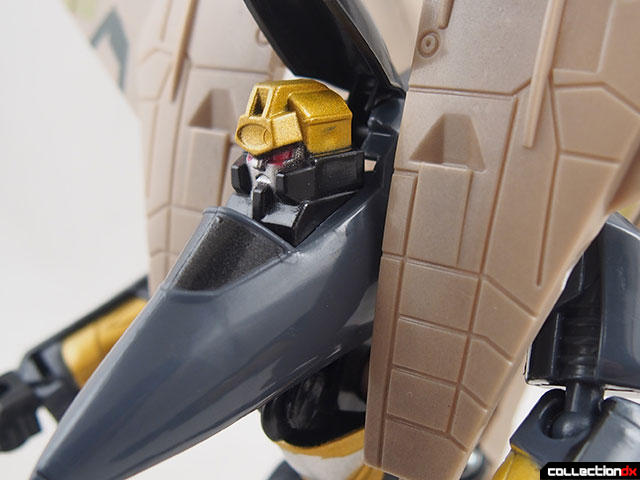 The arms have good articulation, with joints at the shoulders, elbows and wrists. 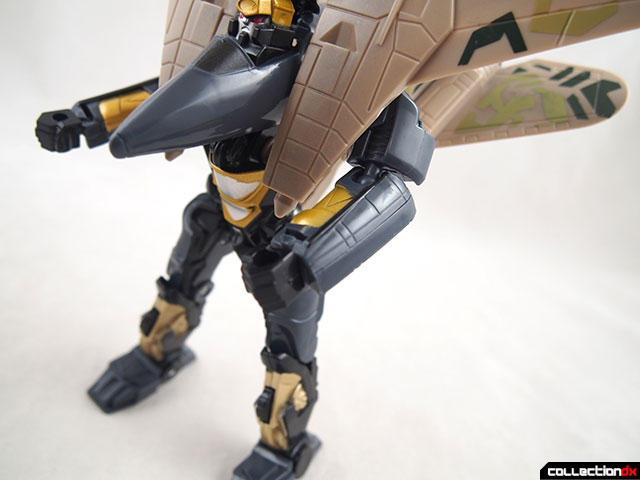 The legs suffer from Bayverse syndrome, with random mechanical detailing with no perceived purpose. Joints are at the hips, knees and toes. It poses, but with all the junk hanging off it, it's hard to balance. 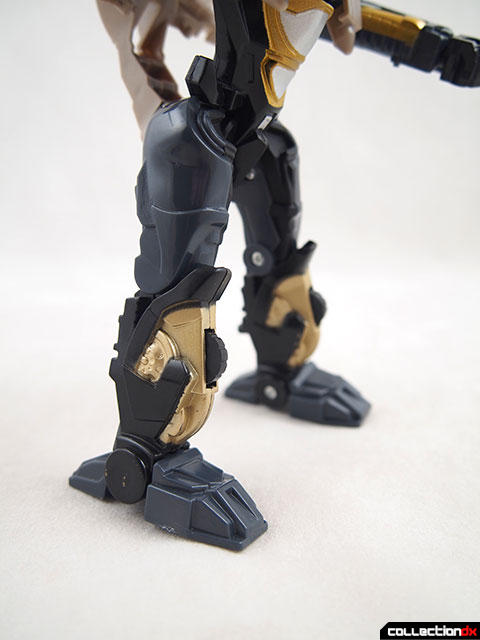 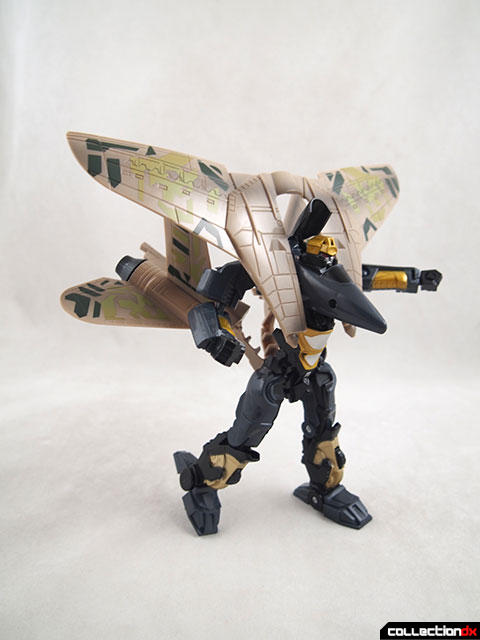 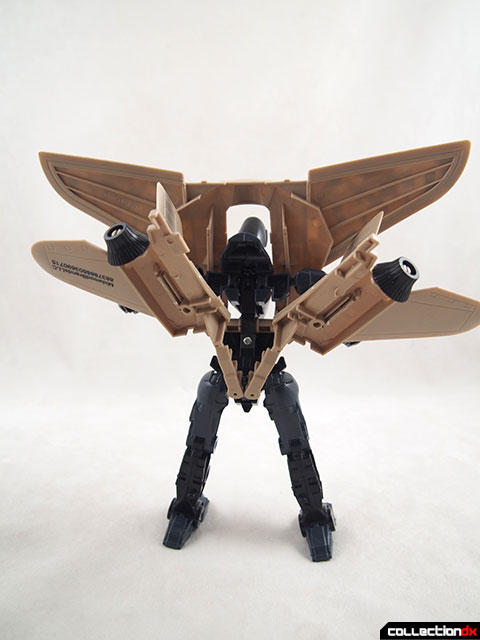 As for weapons, he's got a generic mis-matching light up sword, and rocket firing gun. The sword reminds me of the kind that came with Road Bots, which may be a clue to its original manufacture. 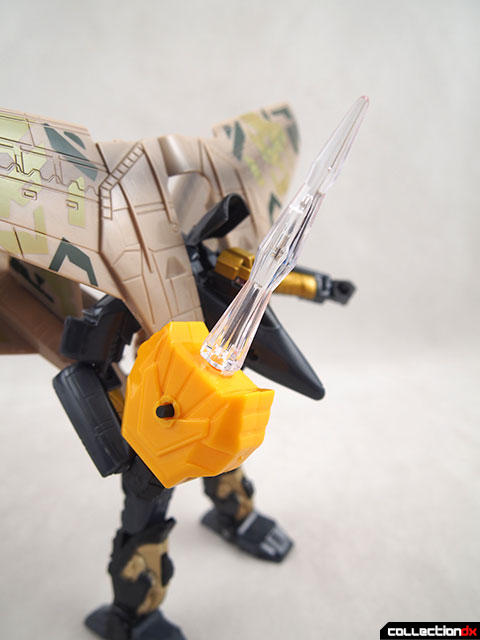 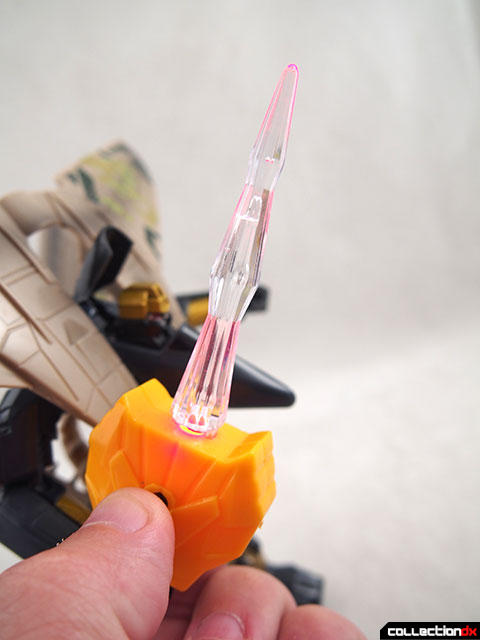 The missile in the gun shoots with an adequate amount of force. It's nice. 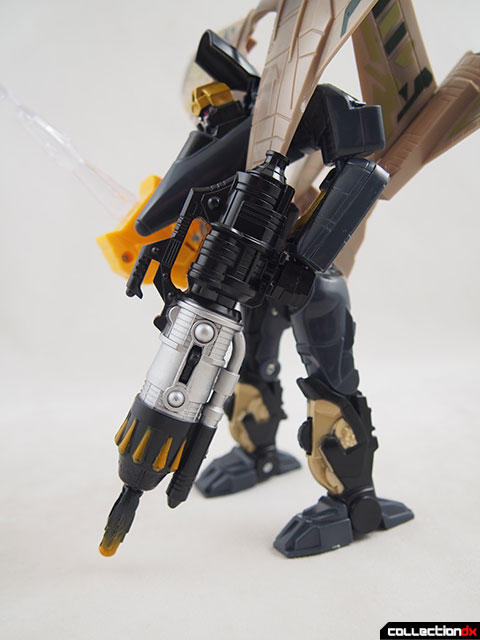 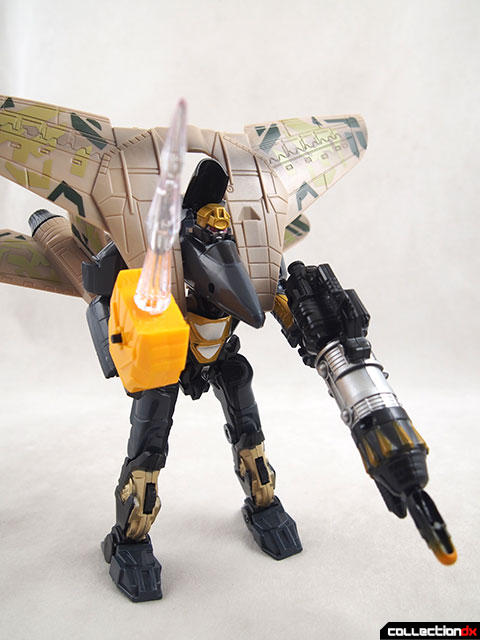 Transformation seems imprecise, but it works. It benefits from a surprising number of tabs and pegs that lock the parts into their appropriate places. Despite the shit robot mode, they did a good job on the transformation engineering. 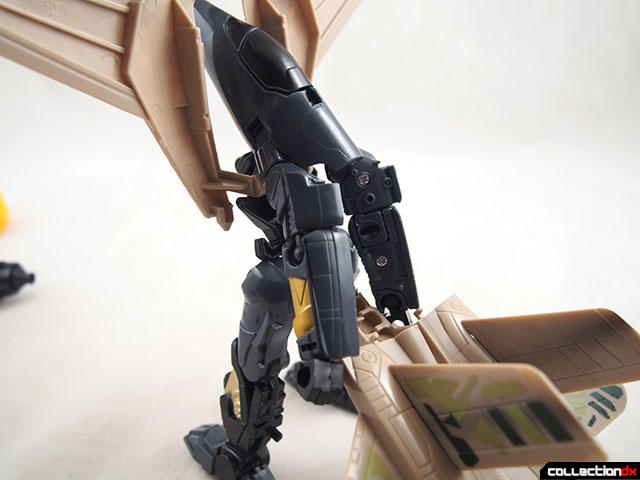 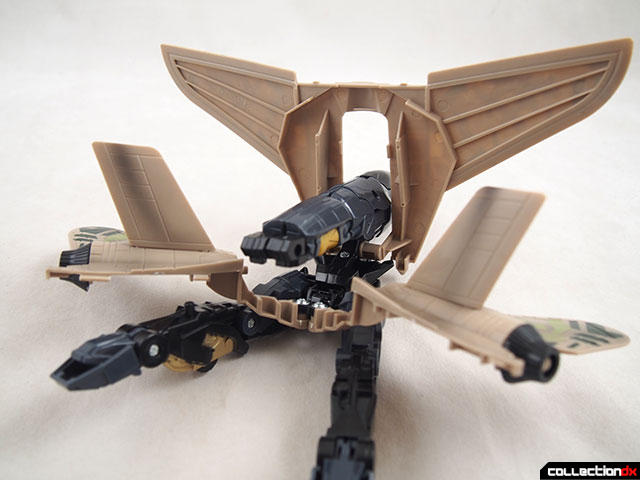 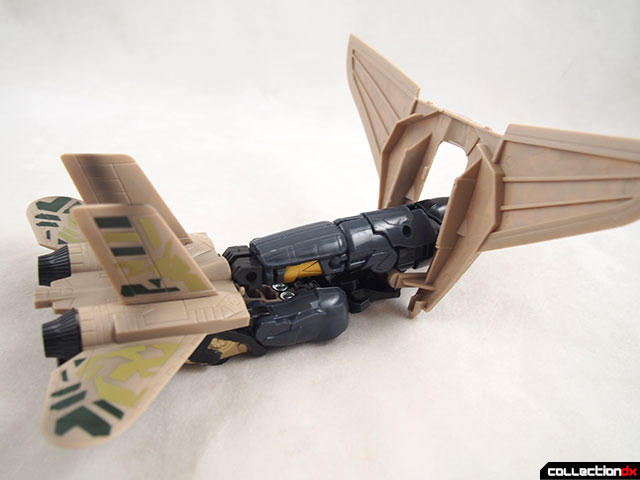 Jet mode appears to be similar to an F-14 Tomcat, with faux-cybertronian camoflague on the wings. It's a pretty solid jet mode actually. 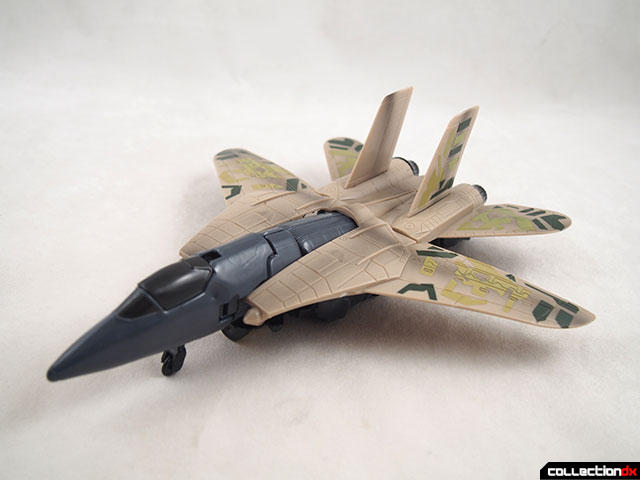 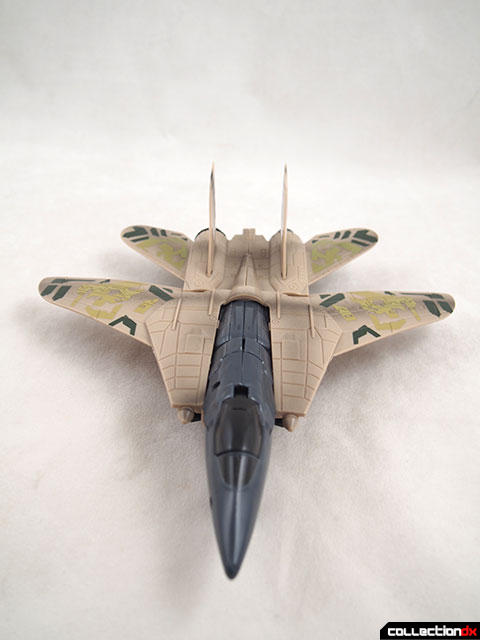 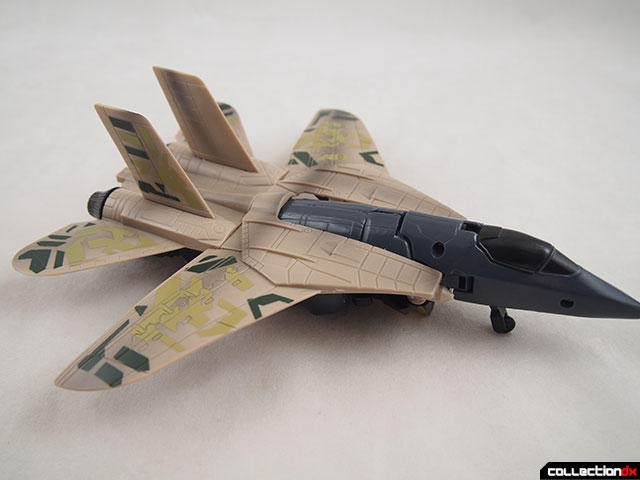 The wings do not move. Underneath it's clearly a "robot in disguise". 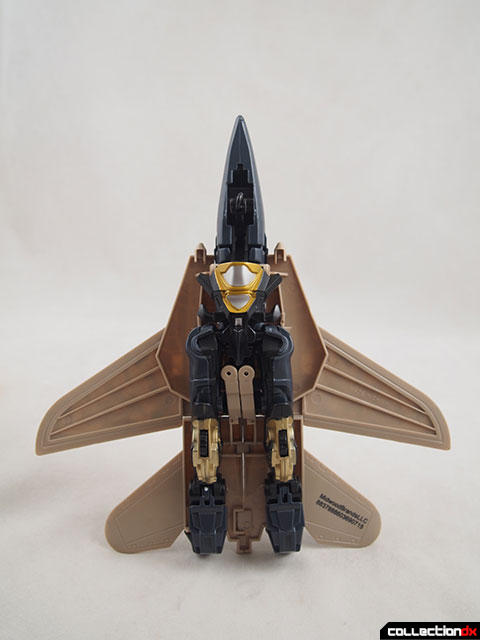 The inside rear wing is stamped MidwoodBrands LLC. This is basically Family Dollar's brand, not the actual manufacturer. 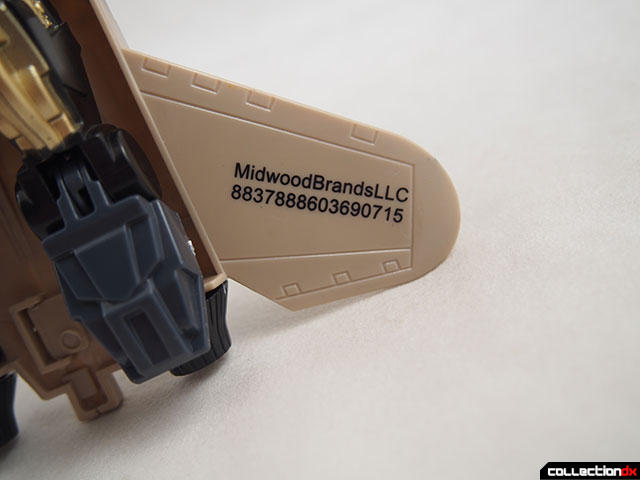 Oh yeah, they also included a target on a stand. 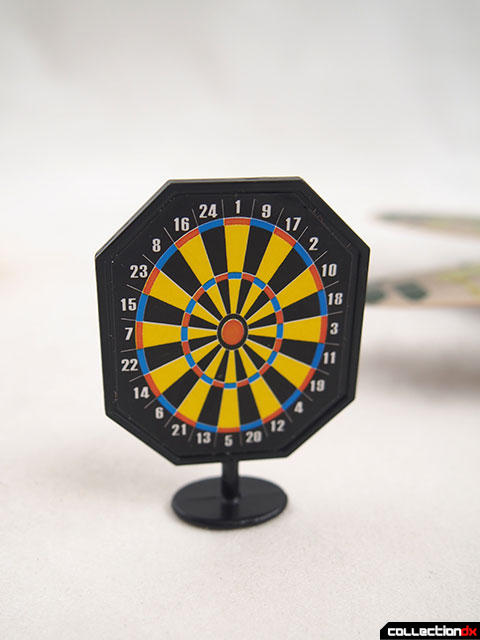 You do get a lot for your Ten dollars, even if it isn't a great toy. Even though the robot mode is crap, i'm still charmed and fascinated by it. Chinese fans have really taken to the modern Transformers movie, so their influence and design aesthetic is creeping into the knockoffs. How far will it go? 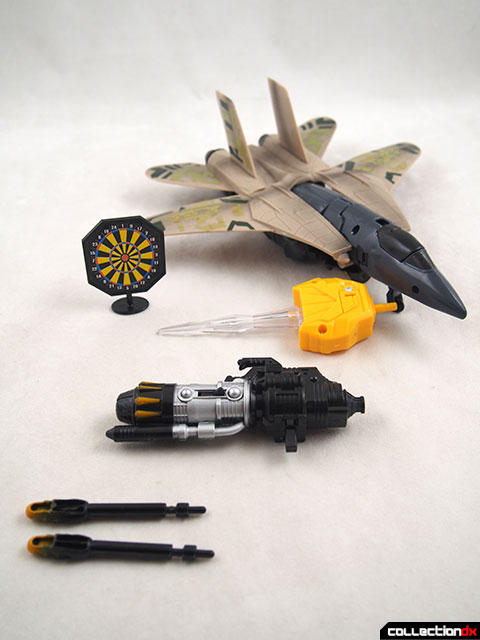 I'm almost tempted to say this is a simplified knock-off of the ROTF Breakaway figure, but there's way too much changed for that. More like, heavily "inspired" by it?

Yeah the overall engineering and the central body is from Breakaway's faux F-35 based design, but they replaced everything else with F-14 parts.