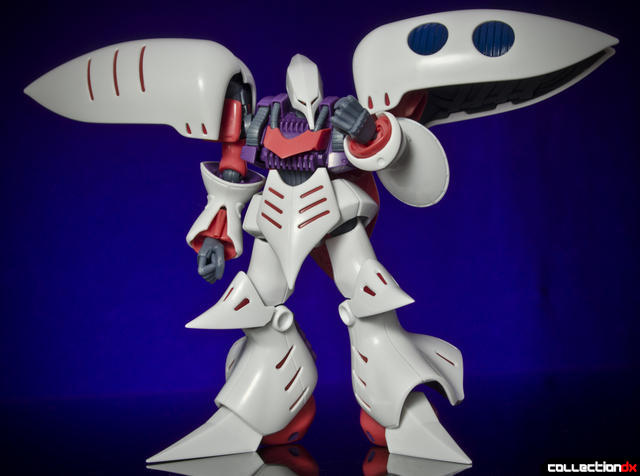 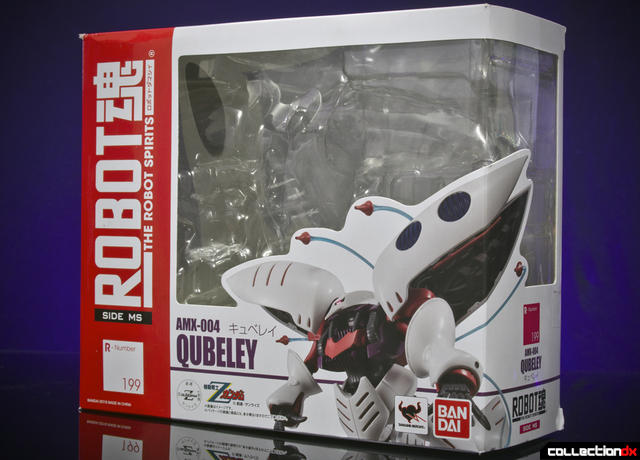 Honestly, I'm glad they waited so long into the life of the line to put this figure out. Recently the RS line has seen a marked improvement, and it's put to good use here. Qubeley is molded entirely in colored plastic with the exception of the eyes, which are painted on. The lack of any real paint apps is not sorely missed except maybe inside the binders where there is an awful lot of grey plastic. 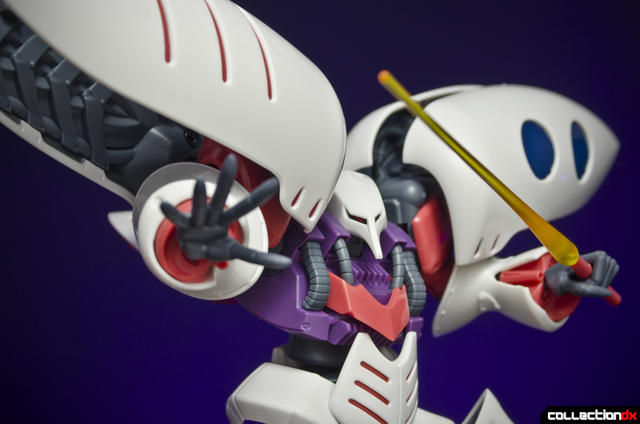 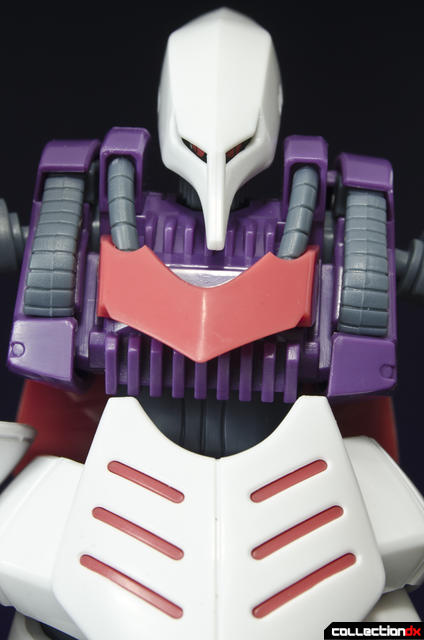 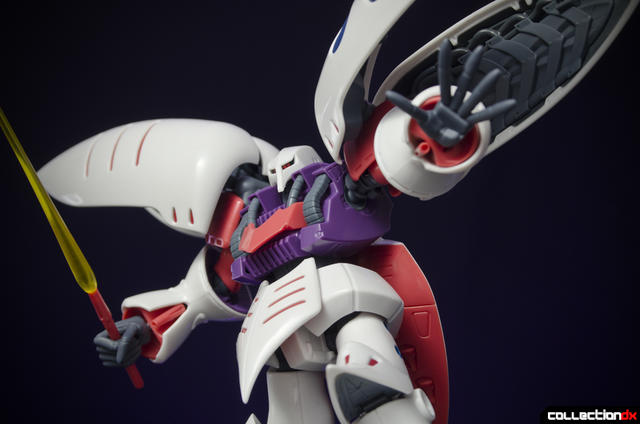 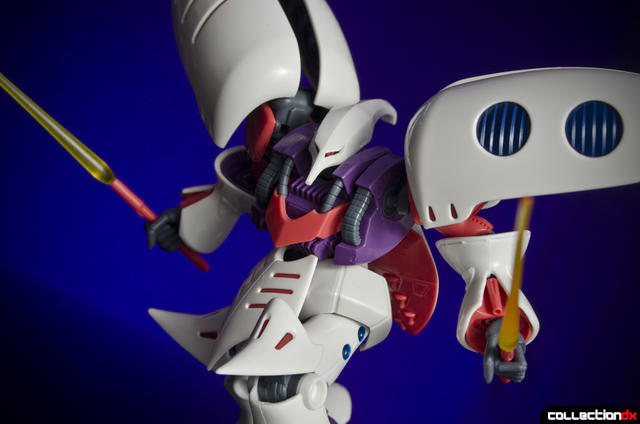 Articulation is great. The shoulders are on a double ball joint wich allows them a great range of motion, on top of that, the sides of the chest are able to move in and out wich allows for even more movement. The binders are all on a ball joint and articulated arm that allows them a substantial range of motion. The binders attach to the shoulder armor wich can move independently of the arms so that the arms can move without the binders moving with them. I was worried the head would have limited range due to its design but it has ample range of movement in all areas. Qubeley even has a substantial torso crunch wich allows it to pull off its iconic flying poses. The only place where articulation is the least bit limited is the hips, where the skirt armor can restrict forward motion. The armor on the forearms can sometimes bump into the shoulder binders in more dynamic poses, but this due to the design of the suit rather than an engineering flaw. 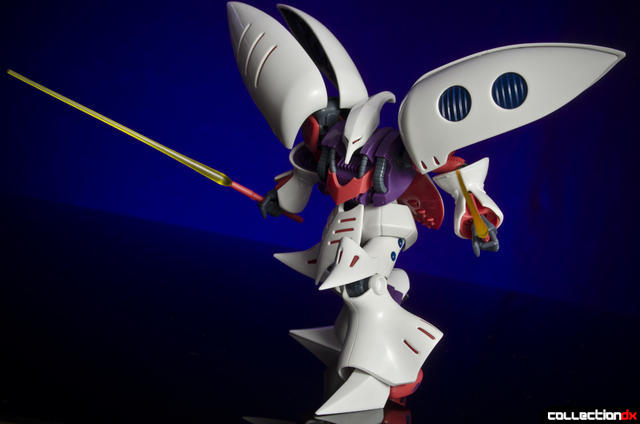 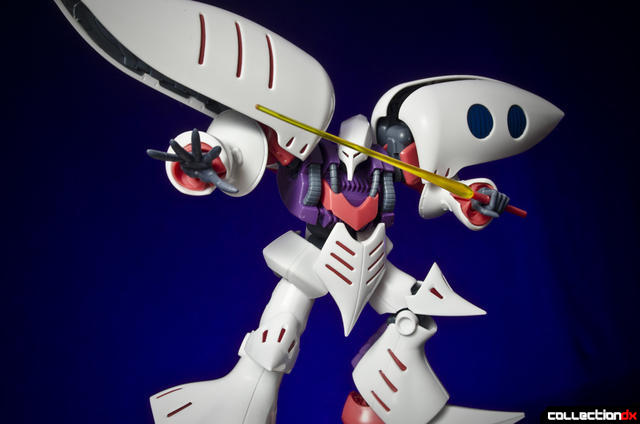 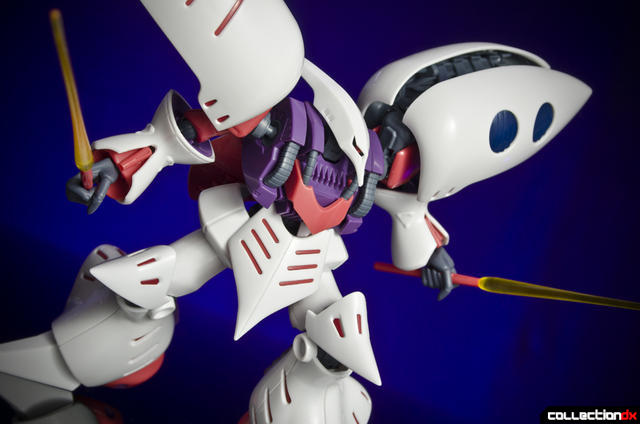 Qubeley is absolutely PACKED with detail. Every inch of Qubeley has mechanical detail, from inside the binders, to the bottom of the feet. I only have one real gripe with Qubeley, and that is that the heels dont seem to sit flush with the rest of the feet. That means that in static standing poses, Qubeley likes to fall backward. This doesn't really bother me as I never plan to pose it just standing around, but its something worth mentioning. 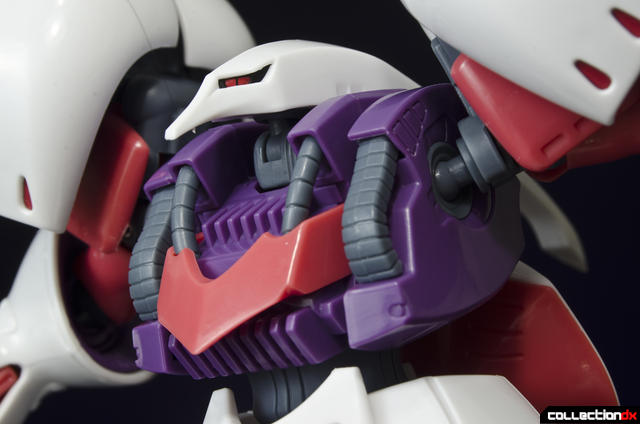 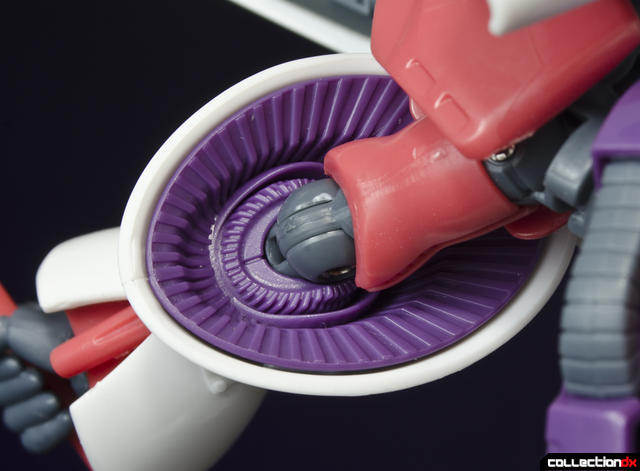 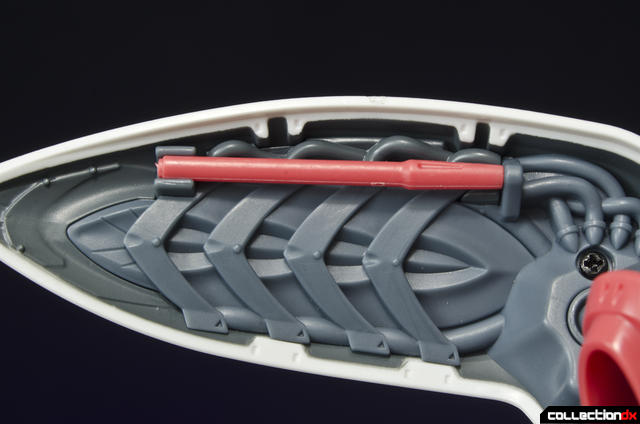 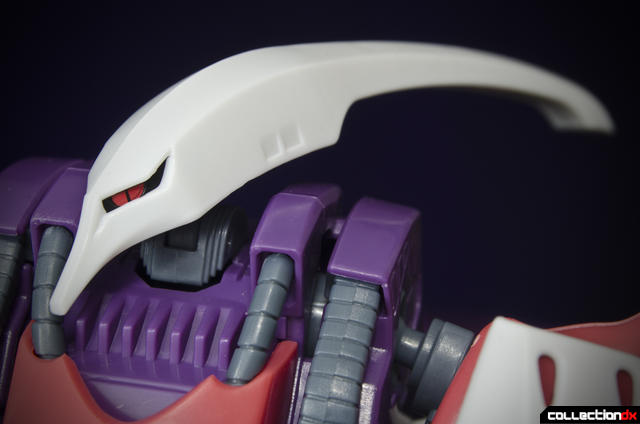 The beam saber tips on the wrists are removable. 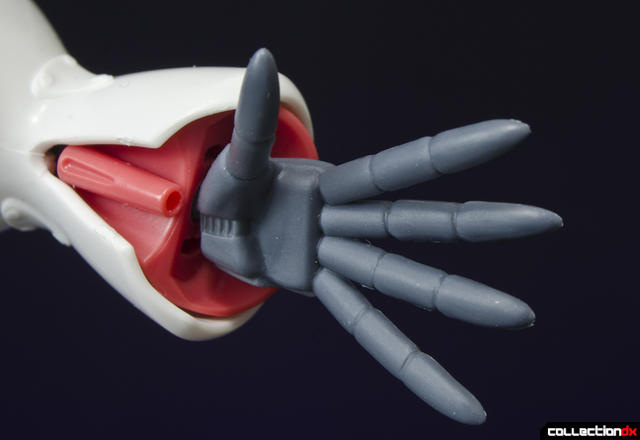 Where Qubeley really shines is aerial poses. The included effect parts take an already dynamic figure and make it truly impressive. The effect parts work by replacing the standard tail binder with one that has six numbered ports for the effect parts to plug into. 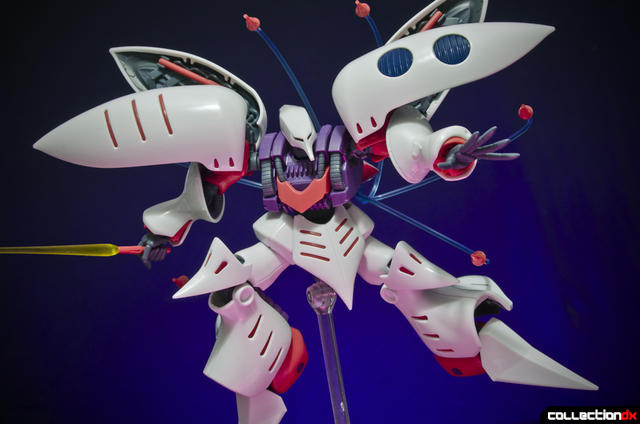 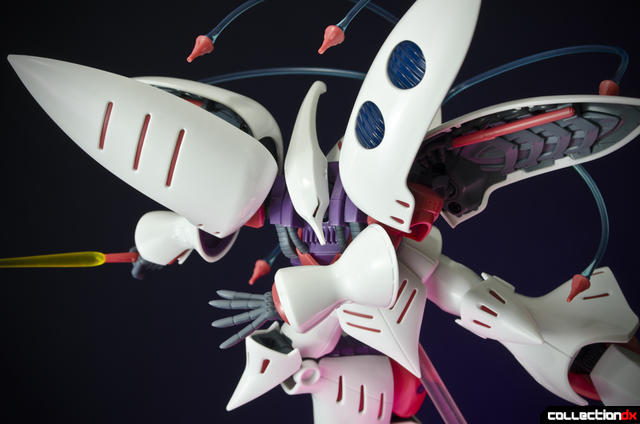 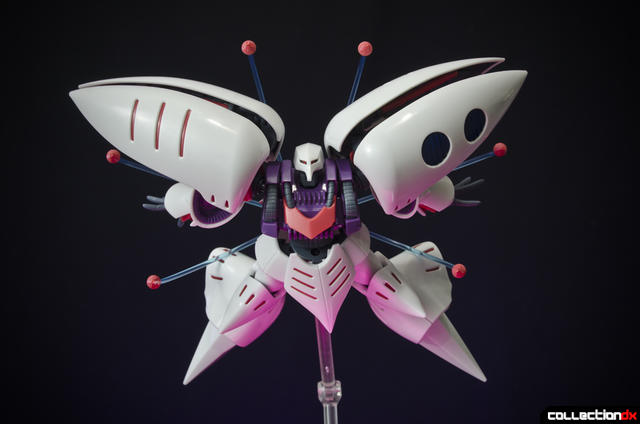 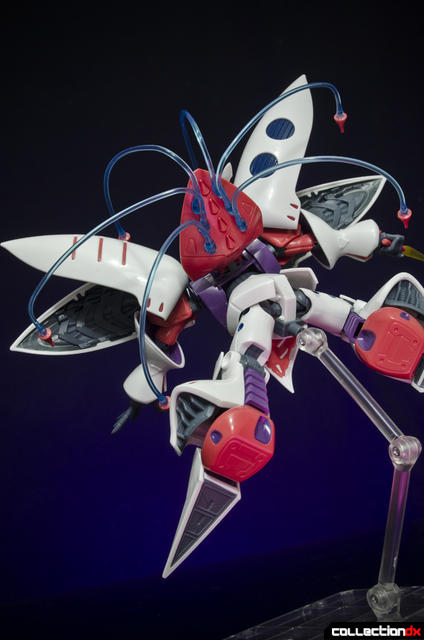 Qubeley is not the cheapest Robot Spirits ever released, but its certainly one of the most impressive to display. If your a fan of the of the suit, Qubeley will NOT disappoint.

1 comment posted
I love the Zeta Gundam MS. I

I love the Zeta Gundam MS. I haven't gotten it yet because I'm waiting for a sale.I'm still hoping for an RD Gaplant and Messala.