One of the more interesting Mazinger based spin-offs in recent years was Mazinkaiser SKL. Following on somewhat in terms of themes from Mazinkaiser, SKL is a far more brutal OVA and is pretty metal with it.

There are quite a few big differences in terms of how SKL as a mecha operates. Firstly, it has two pilots with each one specializing with different weapons. Ken Kaido wields the massive spiked sword Ganzanto and Ryo Magami brandishes the Breast Trigger pistols on the chest.

The premise has SKL and the support mecha Wingle attack Machine Island, a super robot type prison protected by a Gravity Curtain. It’s this Gravity Curtain that is failing and as such, Skull Force is sent in.

As Mazinger goes, SKL is a brutal show. The characters are all quite sadistic, even the good guys, and the designs are amazingly insane even by super robot standards. To explain, this series also has SKL ride a bike called the SKL-RR that can also transform into a demonic mechanical horse. So, yeah, even compared to older Mazinger series SKL is rather crazy.

It’s a good kind of crazy though and it has finally resulted in some decent toys. To date, this is the third Super Robot Chogokin variant of SKL. With the initial release being one that was attached to the original DVD boxset.

For a good while, this was the only SKL toy really available and used to go for silly money online. Bandai rectified this last year and released an updated and improved stand-alone toy, which also came with a cape.

This latest release is of the final version seen in the anime and is the result of the Wing Cross combining with the SKL via Wingle. Once attached, this unlocks SKLs full power and allows the two pilots to use more traditional Mazinger type attacks.

Like the prior Super Robot Chogokin versions of SKL, this too uses a nice amount of diecast but lacks the spring loaded rocket punch gimmick used on many of the older toys. 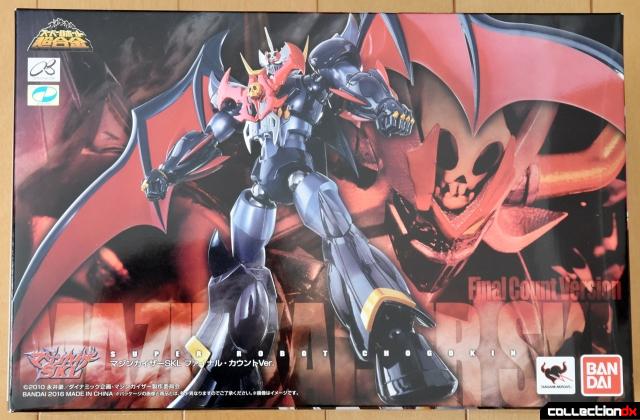 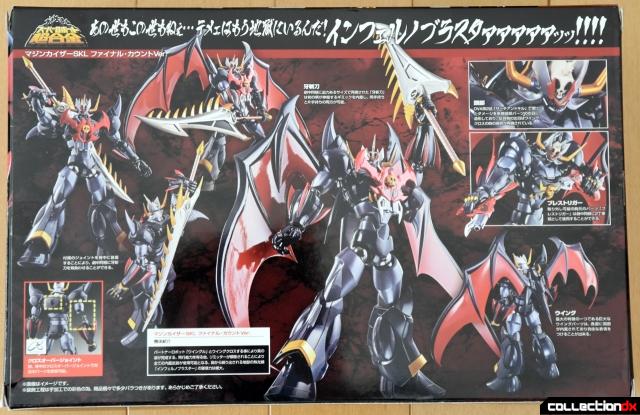 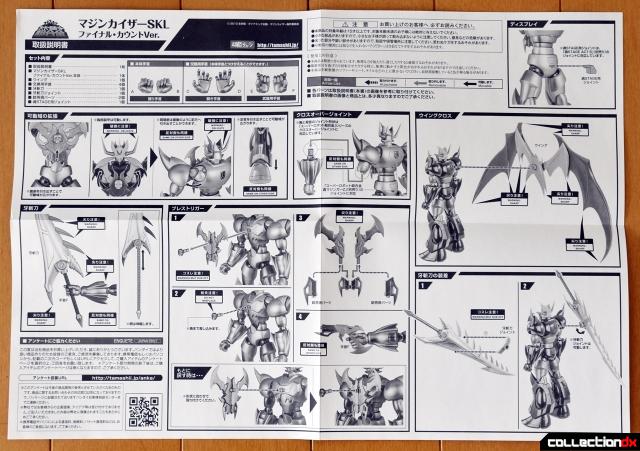 There isn’t much in the way of gimmicks, which is standard for the Super Robot Chogokin releases. 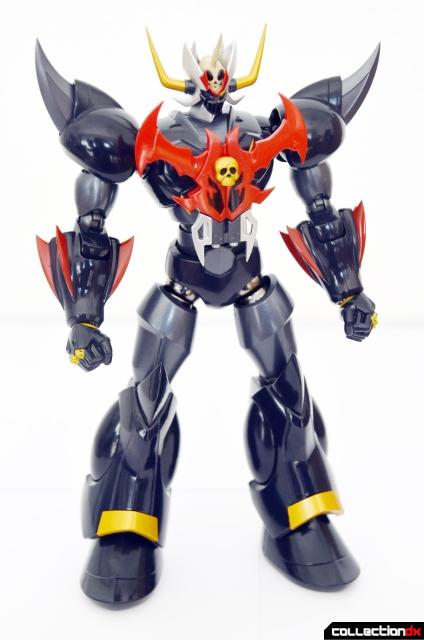 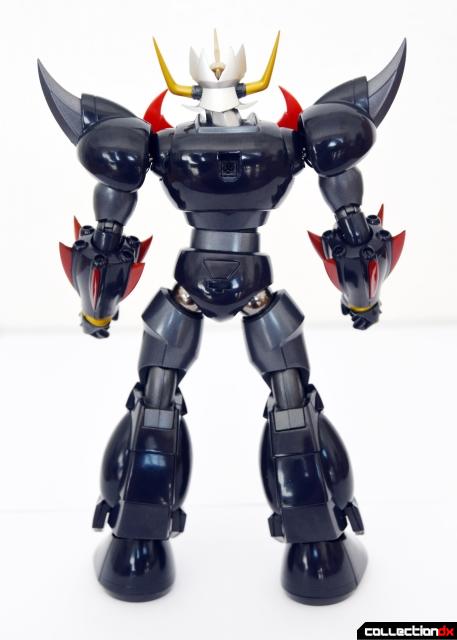 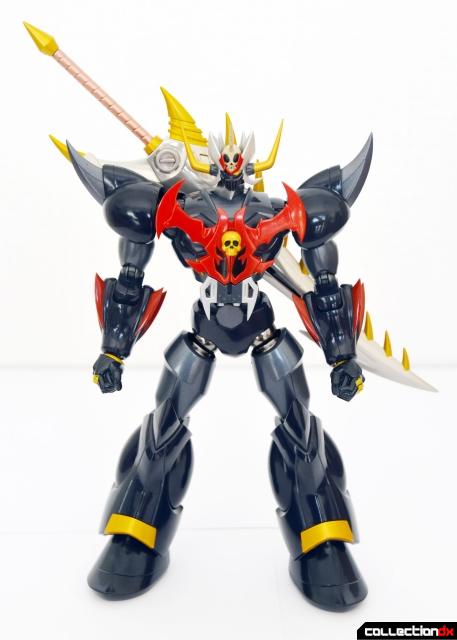 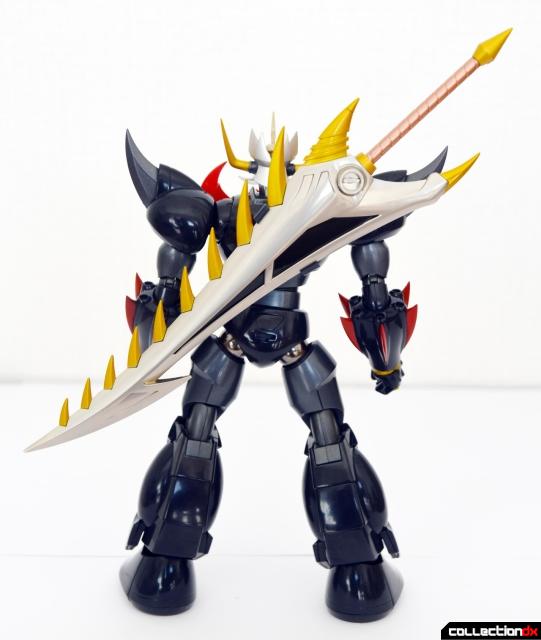 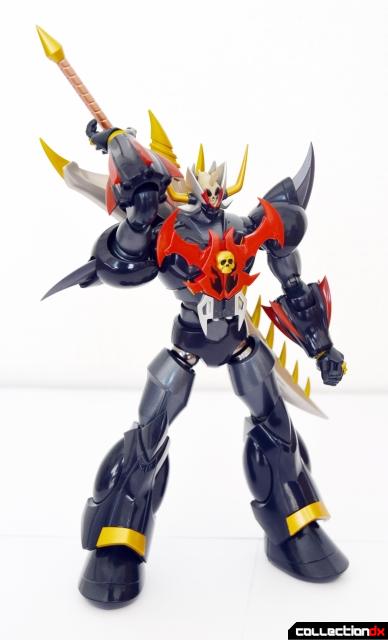 The base figure is broadly the same as the prior SKL releases bar some coloring changes and modifications to the head. However, the fun begins when you attach the Wing Cross at the rear. 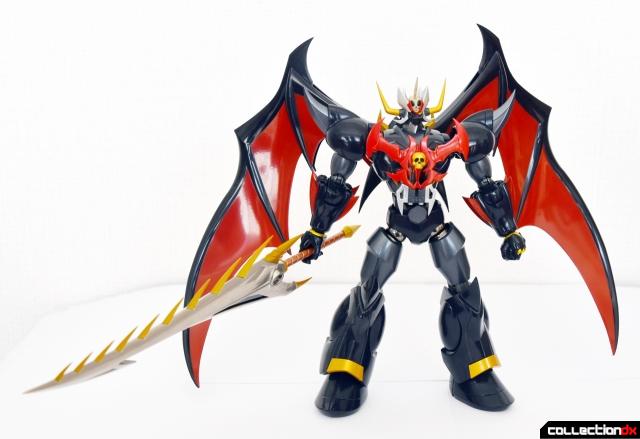 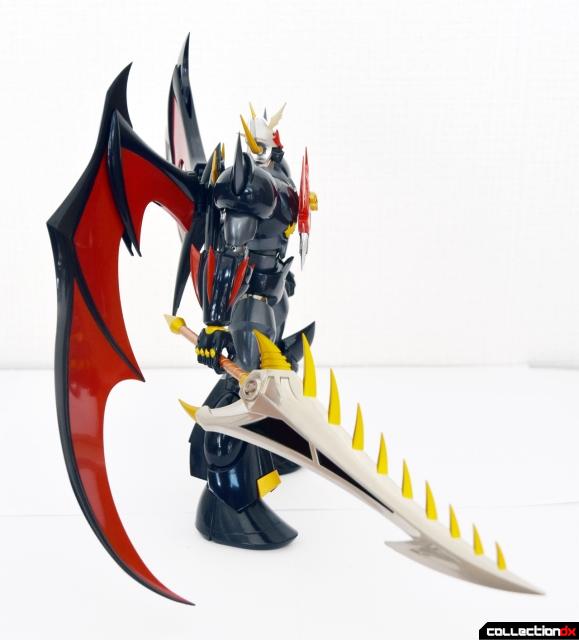 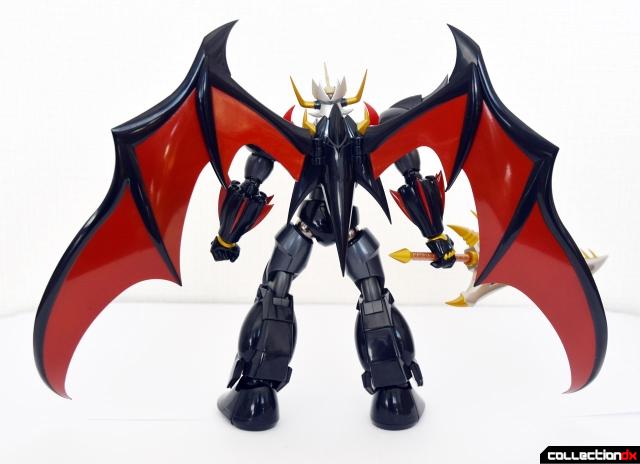 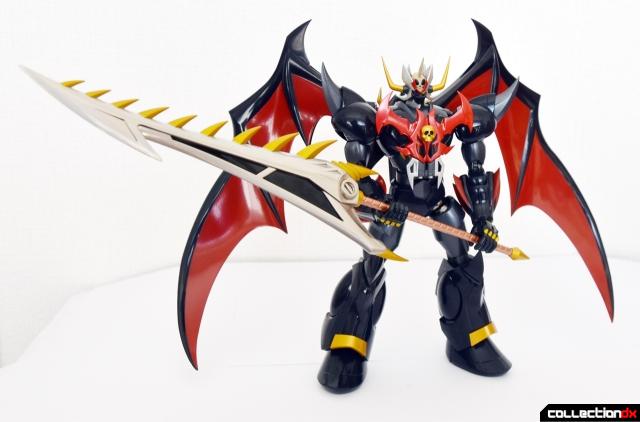 The Ganzanto sword also has a retractable hilt that allows it to be dual wielded. 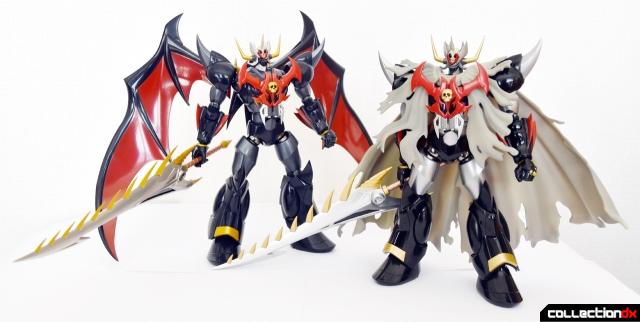 Compared to the most recent SKL release from last year, you can see the coloring is somewhat different across the figure. With the Final Count version looking darker and quite a bit meaner and the head is different too, as SKL last an eye after its fight with Geistteles in the show. 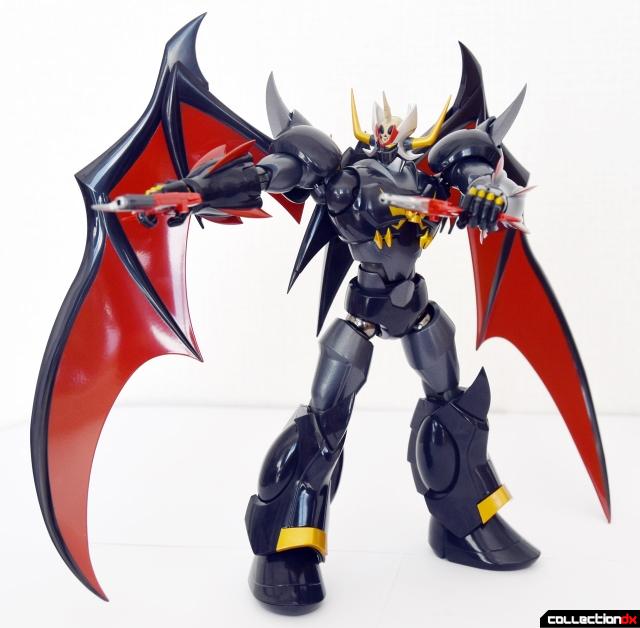 The Breast Trigger pistols can also be detached and used like in the anime. 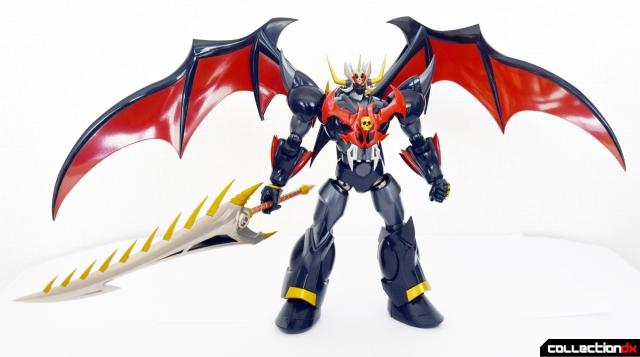 Like the other Super Robot Chogokin releases, this too has a lot of diecast in its construction and solid articulation with it. While you lose some of the gimmicks, you end up with a toy that’s still great to play around with and display.

The Wing Cross at the rear is also nicely jointed and you can open and close it accordingly, depending on how much of a demonic bat you want SKL to look like.

The forearms can be detached and swapped out with other figures in the line but they like the spring action to actually enact a real rocket punch, or in the case of Mazinkaiser SKL the Tornado Crusher Punch.

Overall, then this is a great figure of the final version of Mazinkaiser SKL and looks incredible as well as being very metal. I can only hope that Bandai releases the transforming SKL-RR bike/horse, as that would make for an insane display piece.