Kamen Rider Amazons is a web series revival of the 1974 series Kamen Rider Amazon. While the story and characters are entirely separate from the original, the design elements were kept intact and modernized.

Amazons was also aimed at a more mature audience, featuring more graphic violence than is usually expected from a Kamen Rider series. But unlike other mature-oriented Kamen Rider properties, this one is good. Like, really good. So good that I consider Amazons to be the main 2016 Kamen Rider Series. Other shows released this year didn't stand a Ghost of a chance.

So let's look at the S.H. Figuarts release of the main character: Kamen Rider Amazon Omega.
Check out the video review if you want.
First off we can see that Bandai knows how to sculpt a fine figure. All the details on the suit and belt are present and accounted for. The proportions are perfect for what was shown on screen. 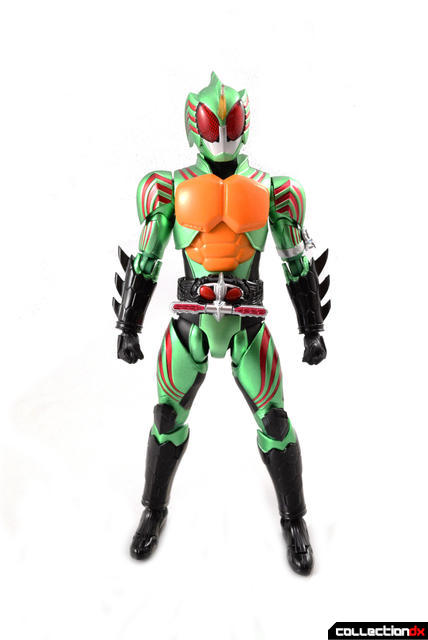 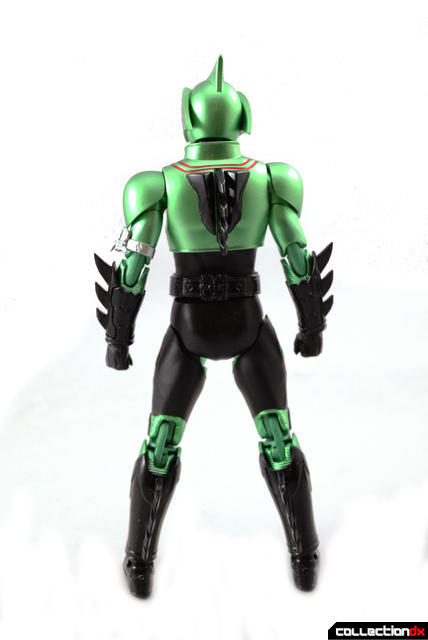 I love the shiny green used for this figure. It's gorgeous to behold. 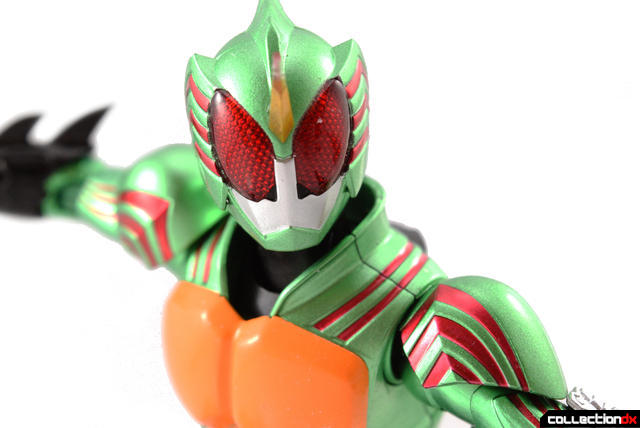 And luckily, it's also gorgeous to HOLD. 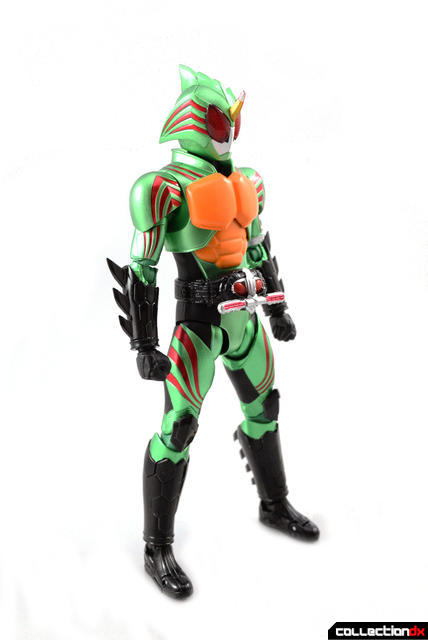 Unlike some recent S.H. Figuarts releases, Amazon Omega feels great. He's very dense and feels very slick. When I'm holding him I can tell it's a premium release. 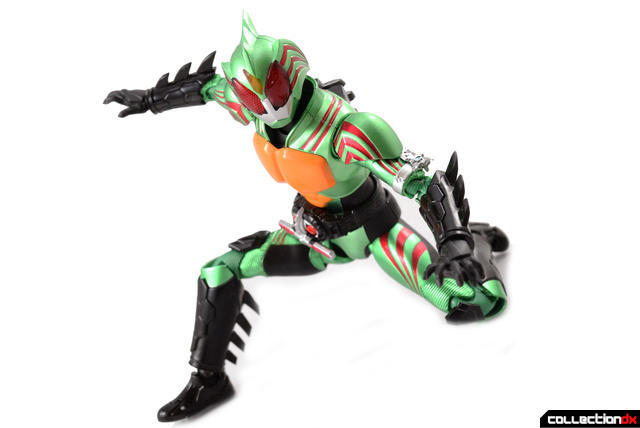 The articulation is also excellent. He has all of the usual SHF joints, including the pull-down hips, double-joints, and a ball joint in the thighs for extra range. The shoulderpads also contain a ball joint and swivel so they never get in the way of any poses. 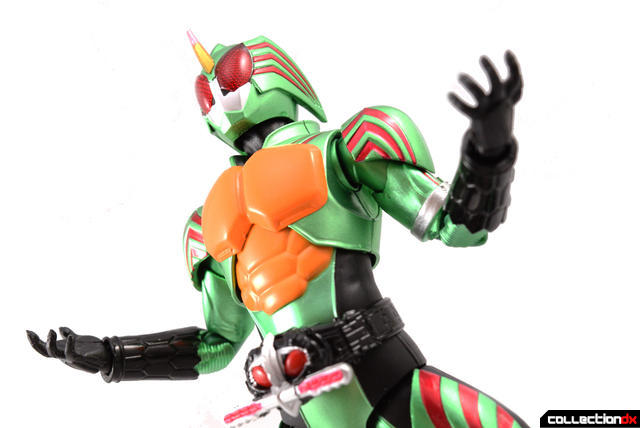 The only nitpick I have is with the chest joint. It's pretty limited, and it was kind of disappointing to see that he couldn't get into some more "feral" poses due to the limit of his ab crunch. Luckily, the waist has an excellent range of motion to make up for it, but it still doesn't make it any less disappointing. 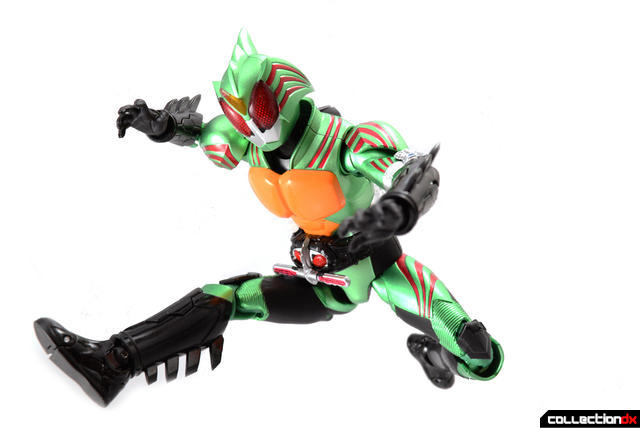 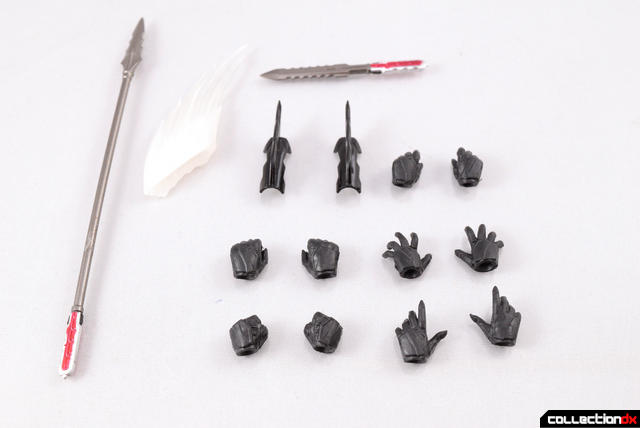 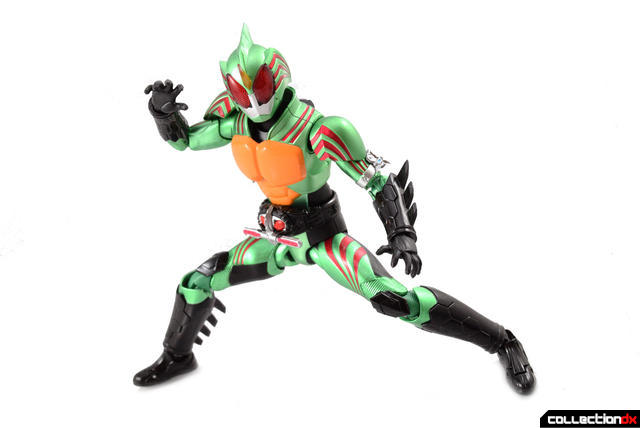 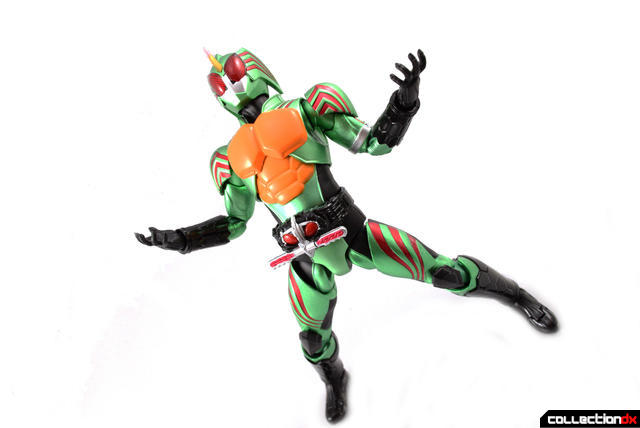 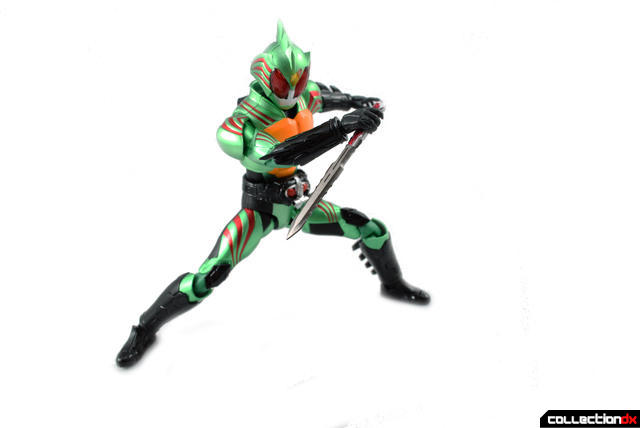 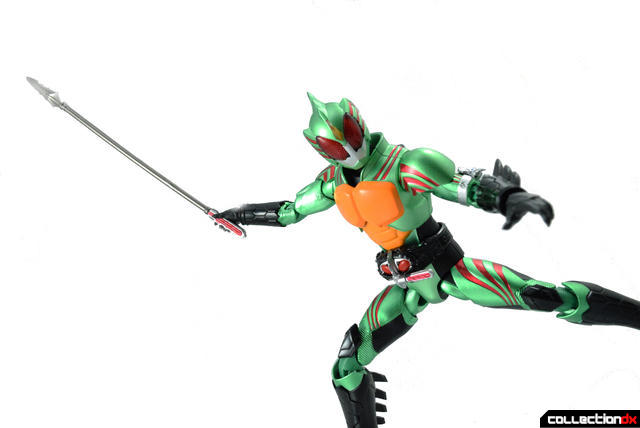 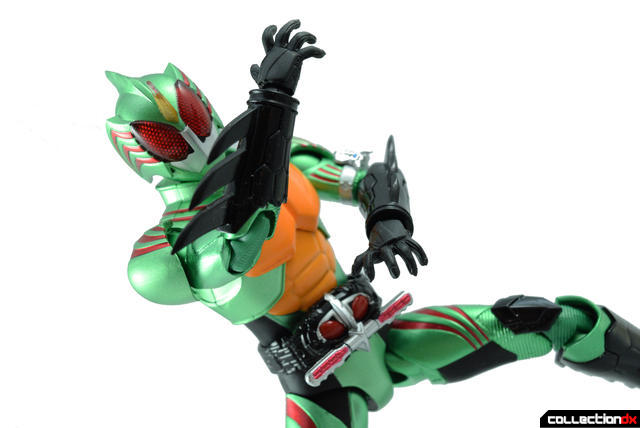 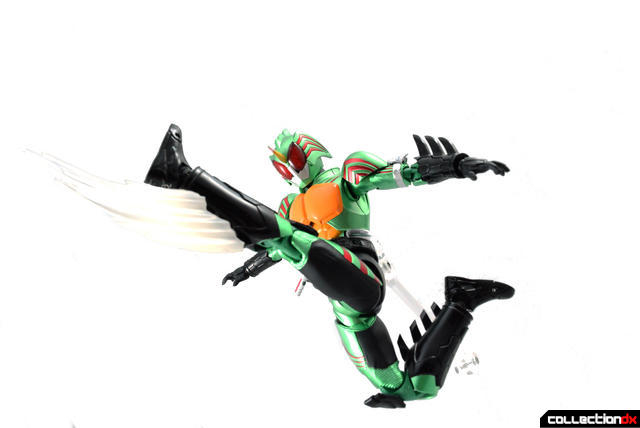 So you can recreate his VIOLENT PUNISH and VIOLENT BREAK finishing moves with all the imaginary gore you can think of. 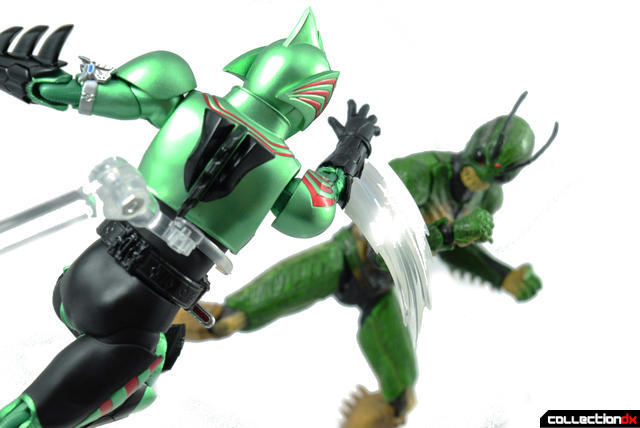 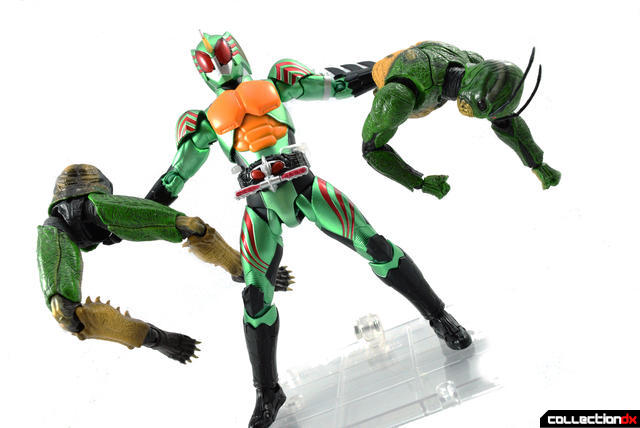 I had ridiculously high hopes for this figure, and thankfully, those hopes weren't crushed. This figure is fantastic and despite the limited chest articulation, Amazon Omega is a wonderful toy. If you dig the design or love the show (like me) you absolutely must get him. If all S.H. Figuarts take these cues from now on, I don't think we have anything to worry about. 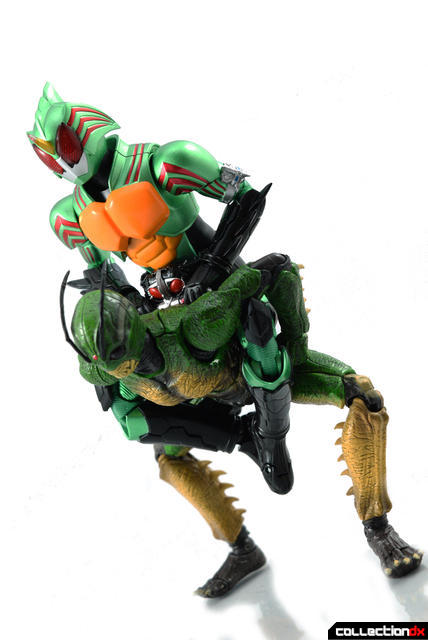 If you want more than just imaginary gore, I strongly recommend getting your hands on the Zeed mook from the Fist of the North Star revo line.