From upcoming film Rogue One: A Star Wars Story, comes the droid K-2S0.

K-2SO is an imperial enforcer droid that has been reprogrammed for use by the rebellion. In the film he is voiced by actor Alan Tudyk.

The figure comes in the standard Black Series box, and is #24 in the series. 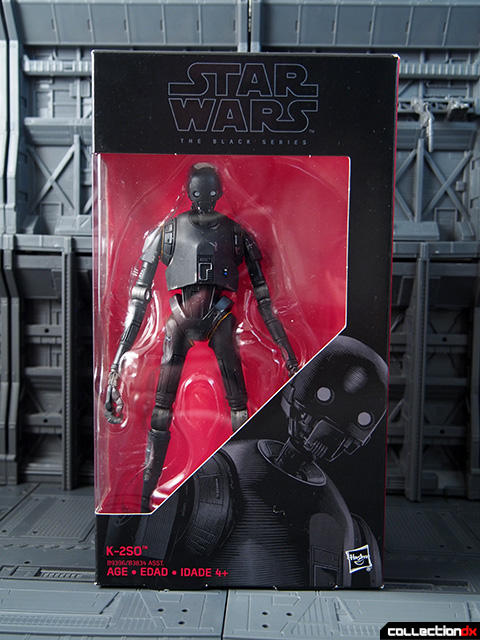 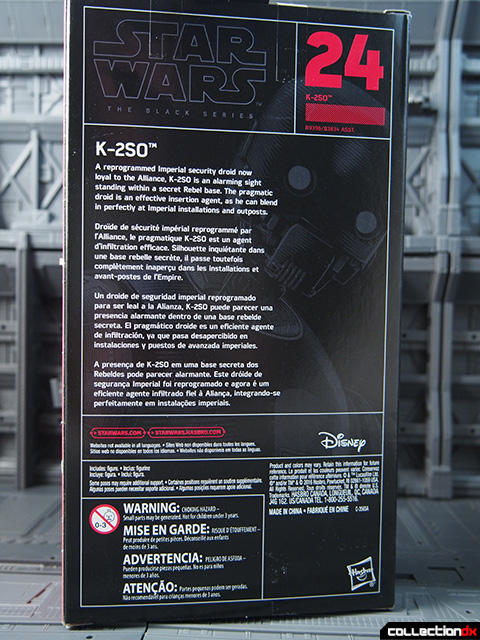 The figure is tall, taller than any Black Series release. It has a real presence to it. 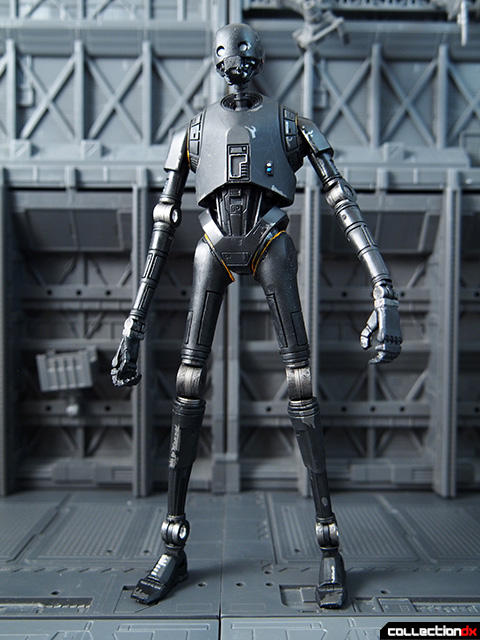 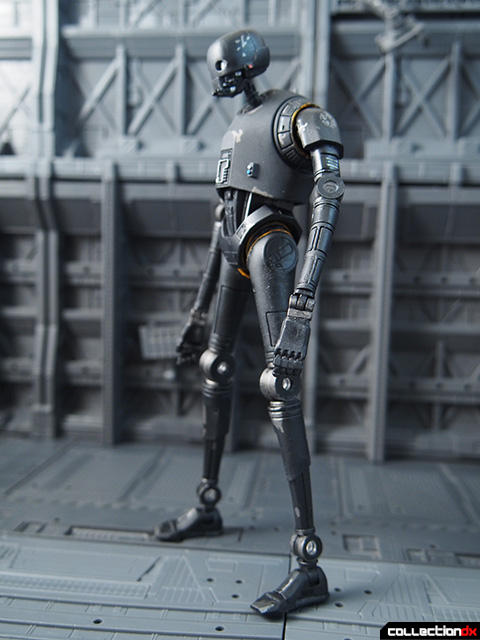 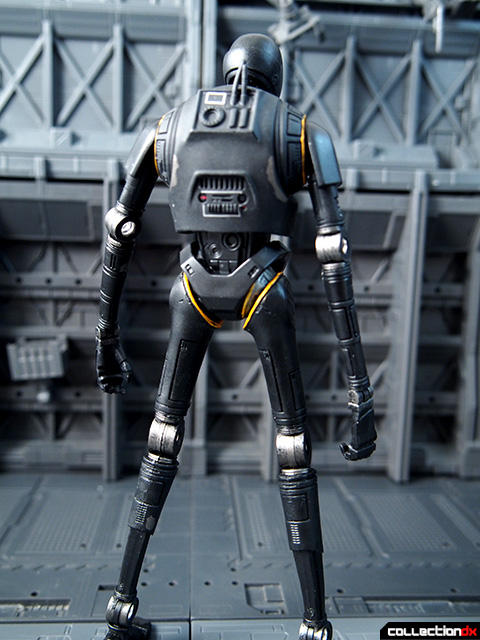 It's molded mostly in color, but the small bits of weathering add a nice sense of realism to him. This is a droid that has seen some shit. 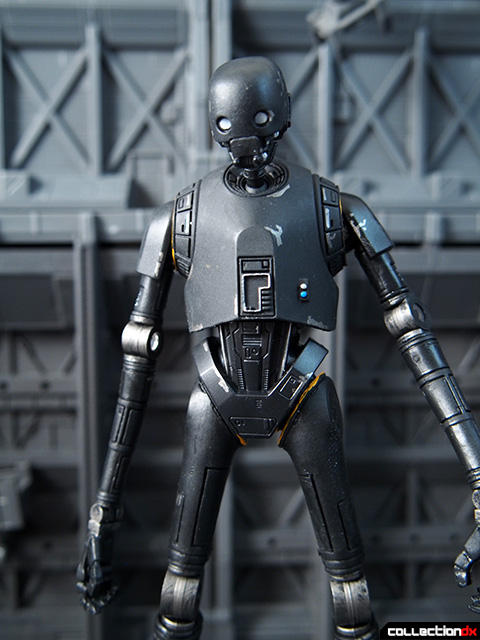 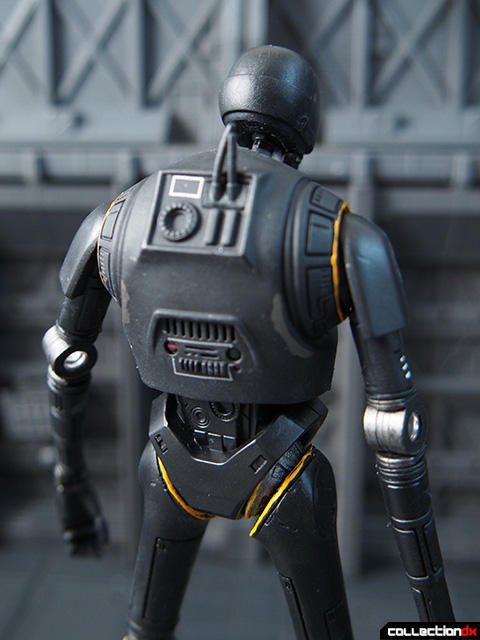 Articulation is nuts. He's so fun to pose. There are two ball joints on the neck, ball joint in the chest, shoulders and hips, as well as hinges at the elbows, knees, wrists and ankles. The knees and elbows have a clear plastic hole that gives the illusion of being hollow. Nicely done Hasbro. 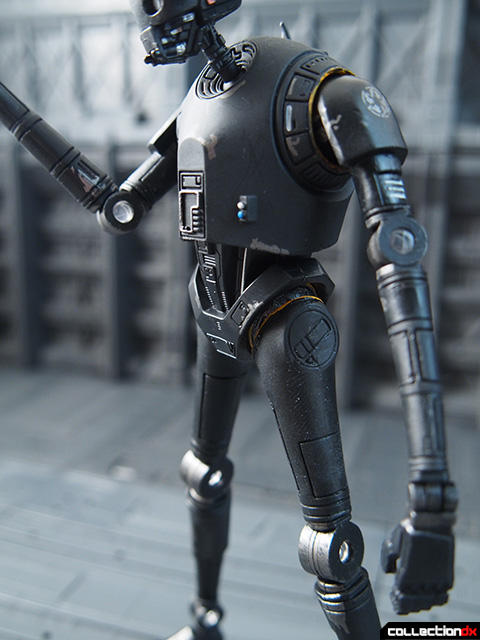 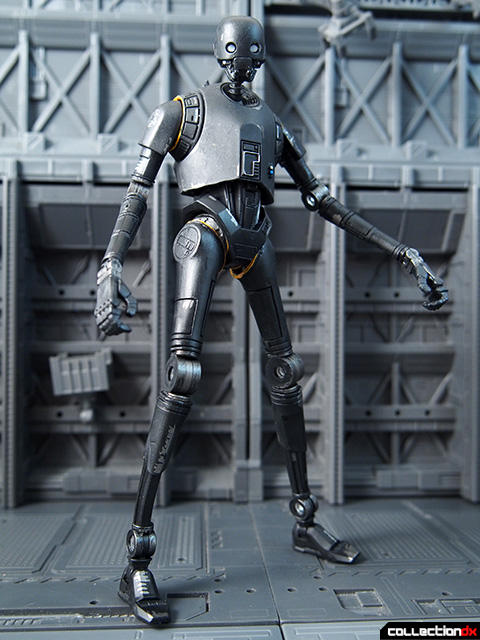 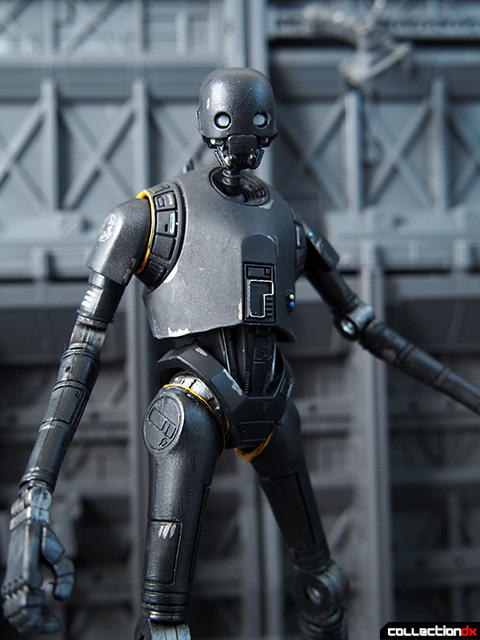 I mean, just look at this guy. Look at those poses. Fantastic! 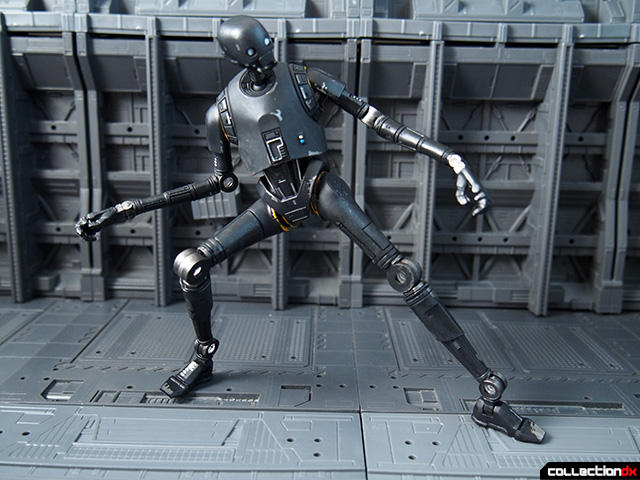 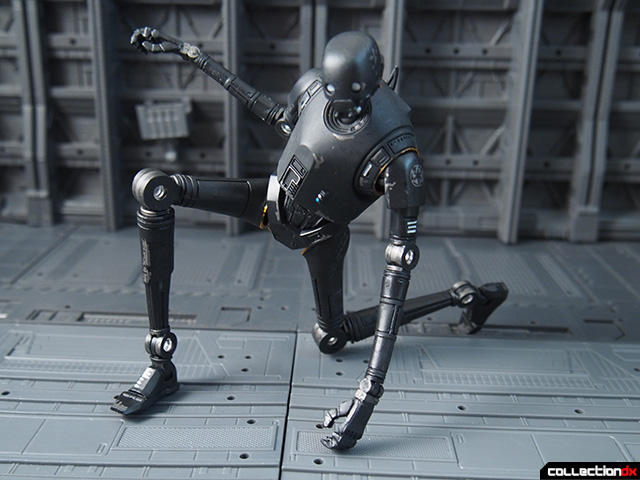 If I had any issues it would be that the antenna on the back are bent a bit. Being a collector grade item they should have made these out of a more rigid plastic. The other minor complaint is that the head sculpt is a bit on the soft side. 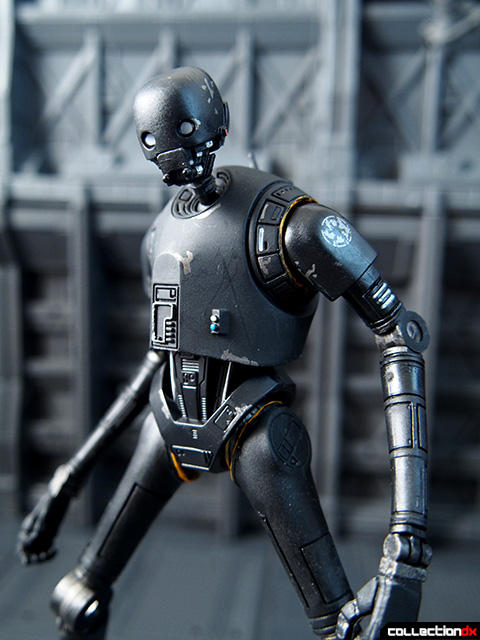 Otherwise, this is a killer figure, and I can't wait to see him in the movie! 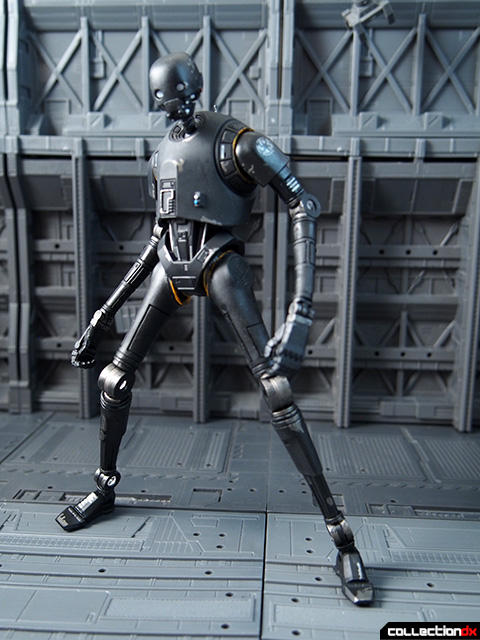