Jett is a character from the kids show Super Wings. Originally, Super Wings was a Korean children's television show called Go! Super Wings (출동! 슈퍼윙스) with toys made by Auldey. The show currently airs on Sprout in the US.

Despite their pixar-looking appearance, these things are robust little transforming jets. I don't normally buy this sort of thing but all transforming toys deserve our attention.

Jett (originally named Hogi) retails for a measly $10 and comes on an open card. 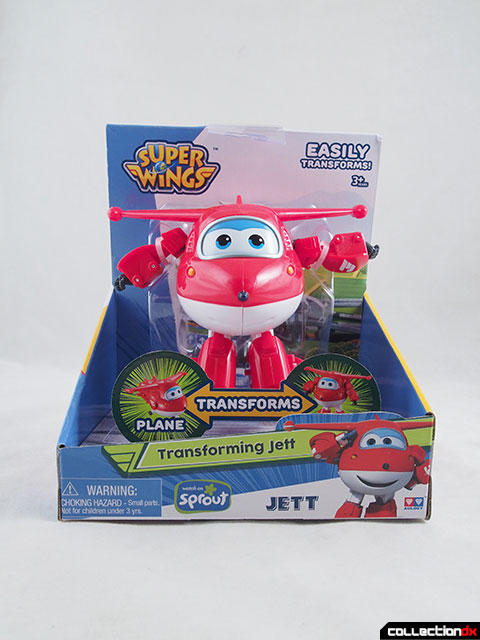 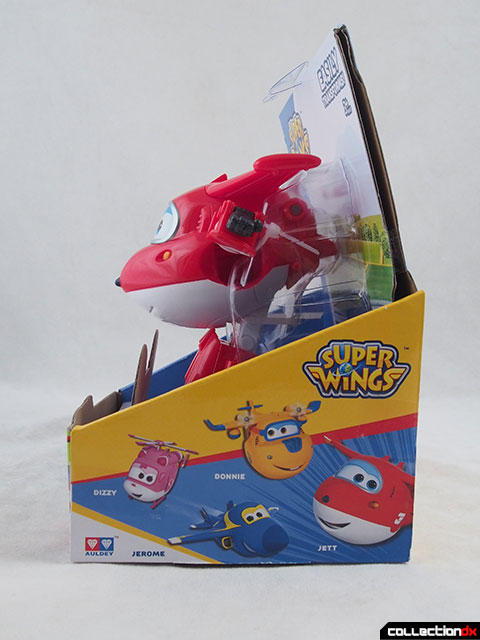 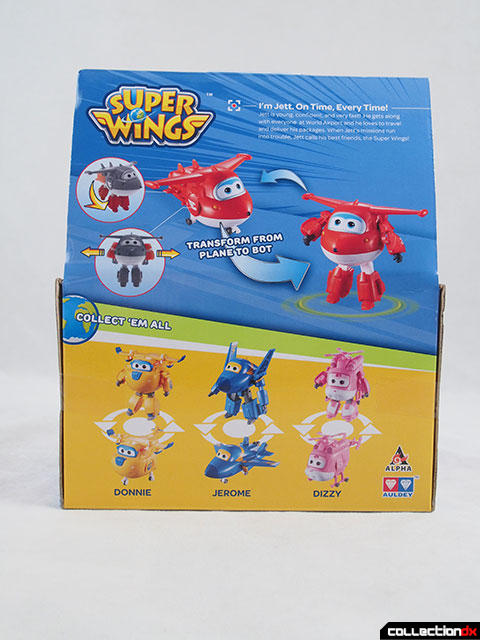 They toy is very sturdy, and will survive play from the littlest of hands. I can't get over the quality of this for ten bucks. It's made out of sturdy molded ABS plastic with great paint jobs.

Jett stands 6" high and is articulated in the arms and legs. No knees or elbows. Both are on ball joints. The wings bring it out to about 8" wide. 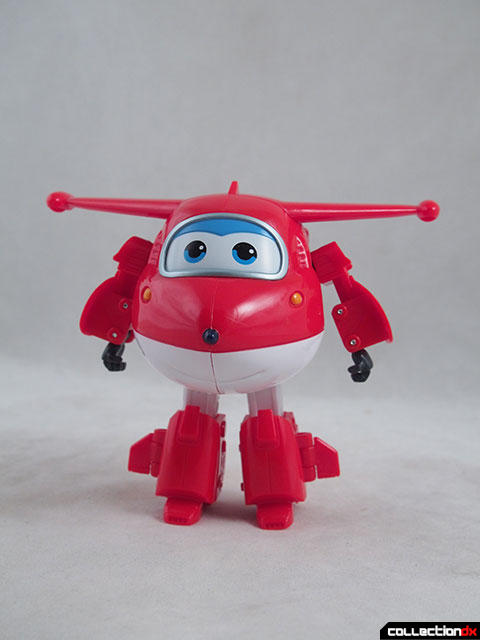 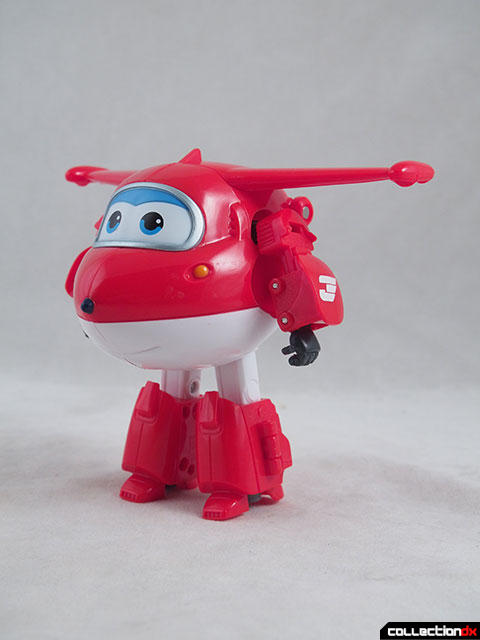 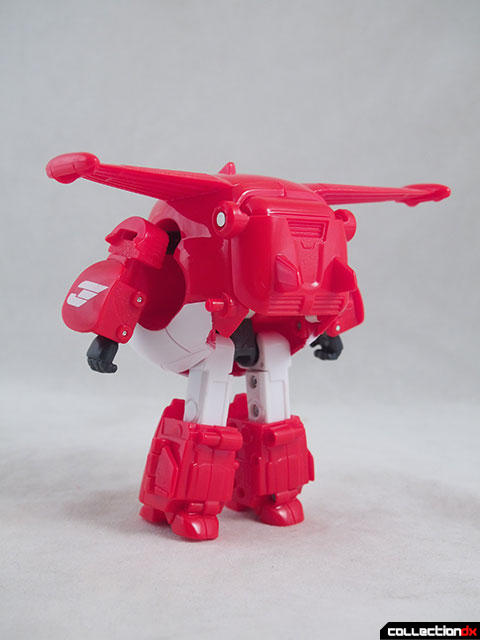 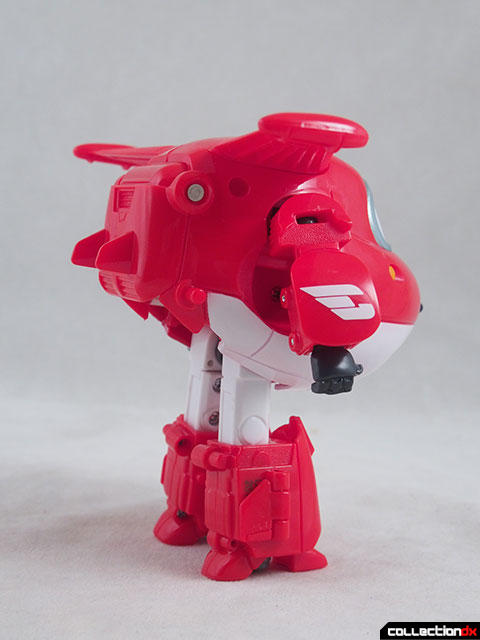 Transformation is simple - please watch the video. Basically, fold in the arms, fold up the legs, snap together.

In jet mode you get working landing gear that unfolds during transformation. 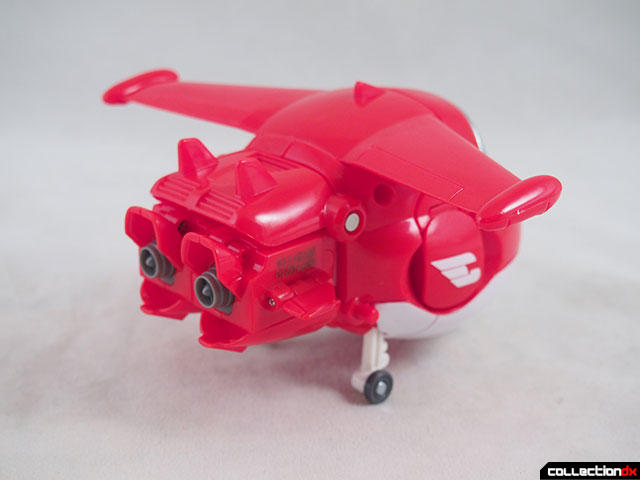 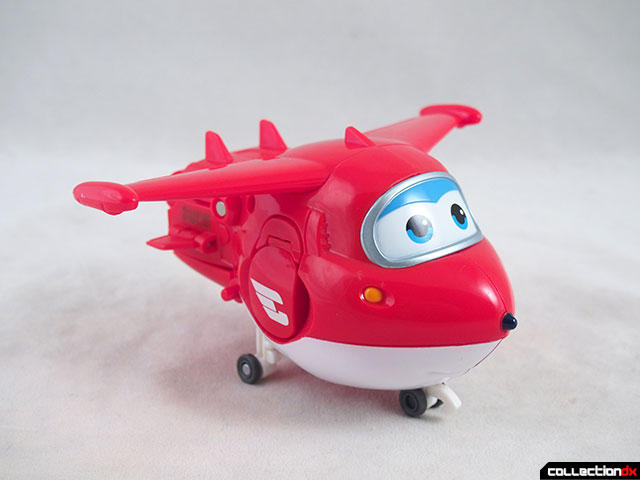 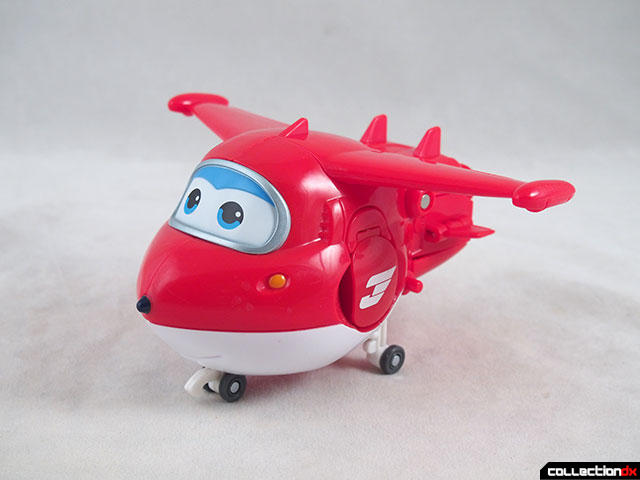 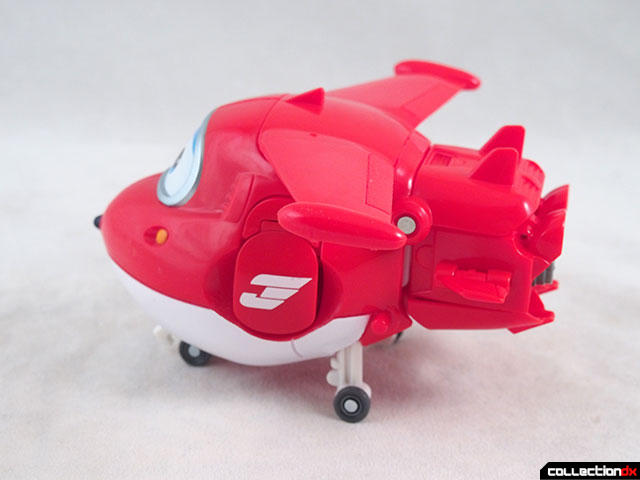 The landing gear stows away for flight mode. It creates a sleek profile for a kids toy. It's an adequate jet mode. 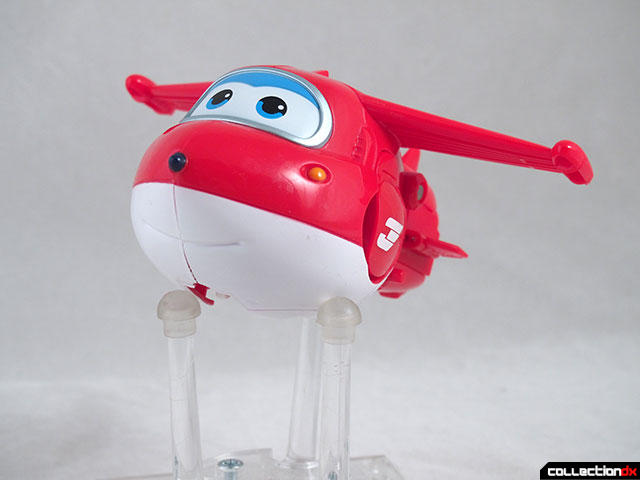 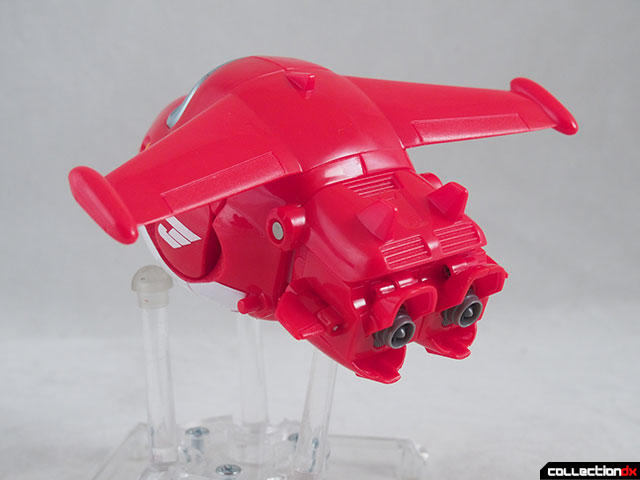 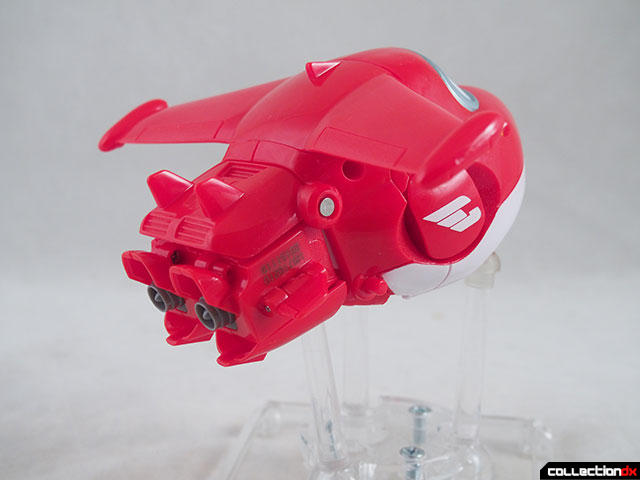 Am I going to buy all of these? No, but they are fun little things to have in your collection. Plus it doesn't hurt to have some toys for the smaller kids to play with when they come over.

5 comments posted
Was surprised to see these

This took me by surprise when I saw them at TRU the other day. I might end up getting Jerome, since not only does it look pretty cool, but that's also my middle name. Hopefully this is an inroad to get the Tobot and Biklone toys released domestically.

Josh I looked online and I didn't see the ones for $10 but I did see other Super Wings toys. Maybe I entered the wrong search words.

I saw the whole set and I was tempted to get it but I just got Jett....for now. Haha