The Imperial Death Trooper is a new type of Stormtrooper that appears in the film Rogue One. Set just before Episode 4, Rogue One tells of the mission to steal the Death Star plans.

We first see the Death Troopers when Imperial Officer Krennic arrives at the Erso homestead to take Galen Erso back to continue his work on the Death Star. These new troopers are dark and menacing, and they immediately make an impact.

Little is known about these black armor-clad soldiers. They seem slimmer than your typical Stormtrooper, and they speak in indecipherable growls. Are they not human? Perhaps alien, or cybernetically agumented? Their blasters are unique, and have a unique sound to them. Another theory is as part of the guard for the Advanced Weapons Research, they could actually be revived deceased troopers. Yes, Zombie Stormtroopers are a real thing in the Star Wars universe.

Anyway, the toy is #25 in the Star Wars Black Series 6" line. The box is the same as all the others, with a short bio and unique character drawing on the front. 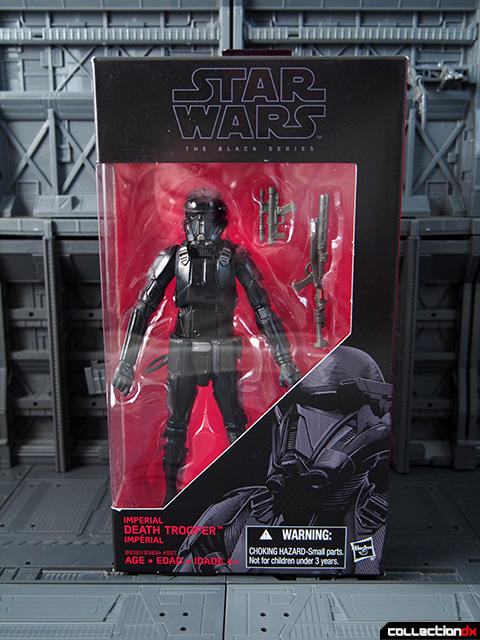 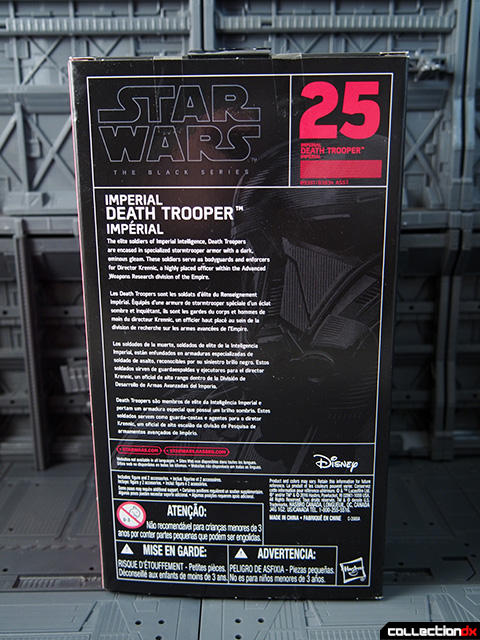 The figure itself is pretty great, with shiny black armor and exquisite detailing. Articulation is standard for a Black Series release, with over 18 points of articulation. 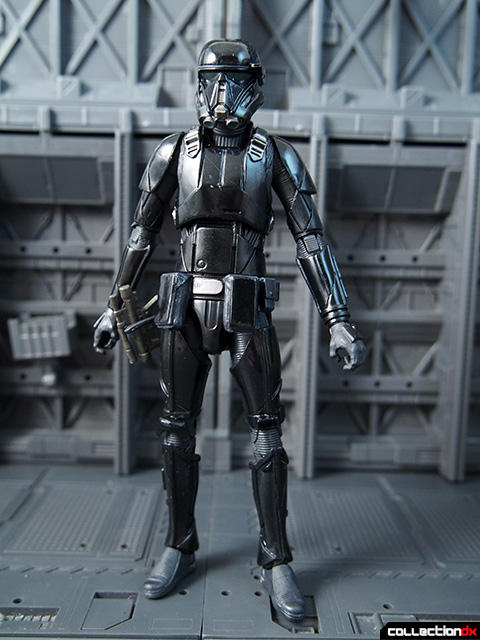 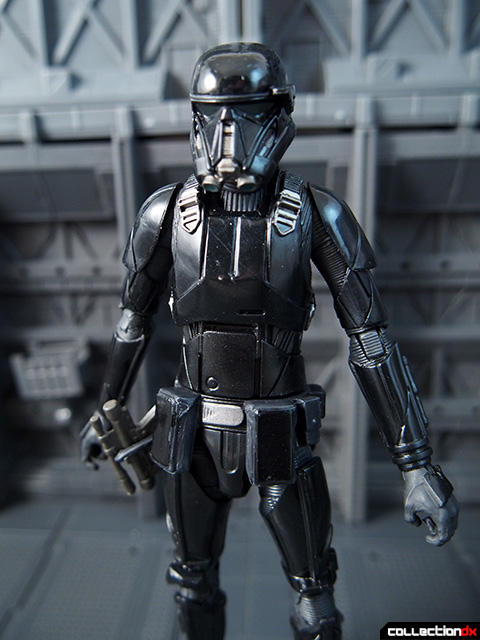 The Death Trooper comes armed with a SE-14r light repeating blaster which can hang from a loop on the belt. The loop is not a great solution to holding a weapon, but it does the job. 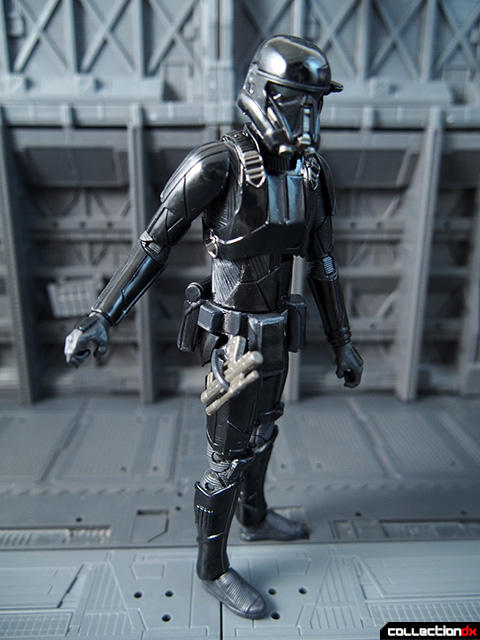 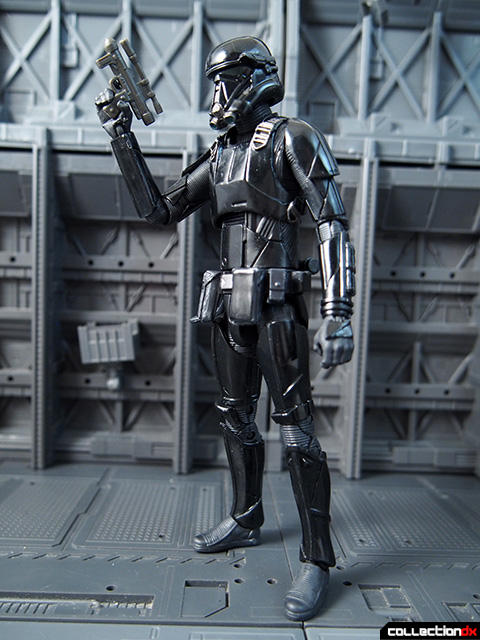 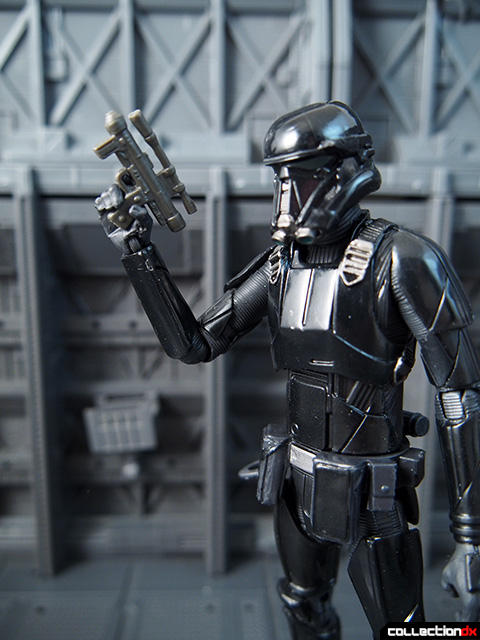 More impressive is the as of yet unnamed rifle that appears unique to the Death Troopers. These guns have a unique sound when they fire off a red bolt of energy. 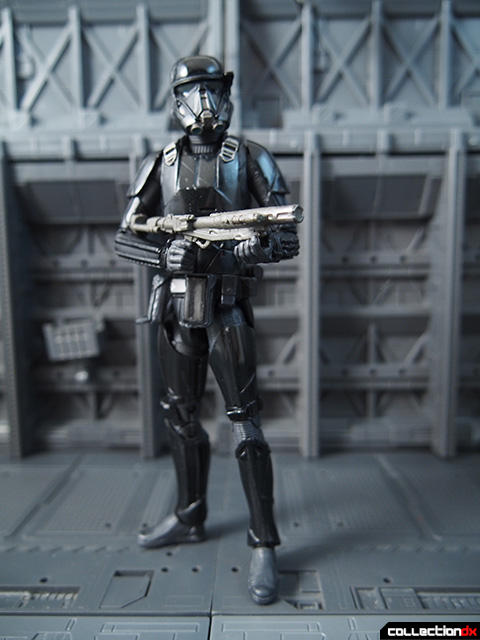 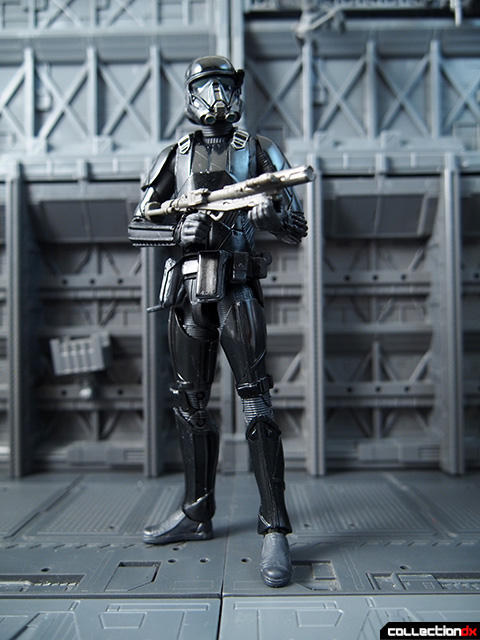 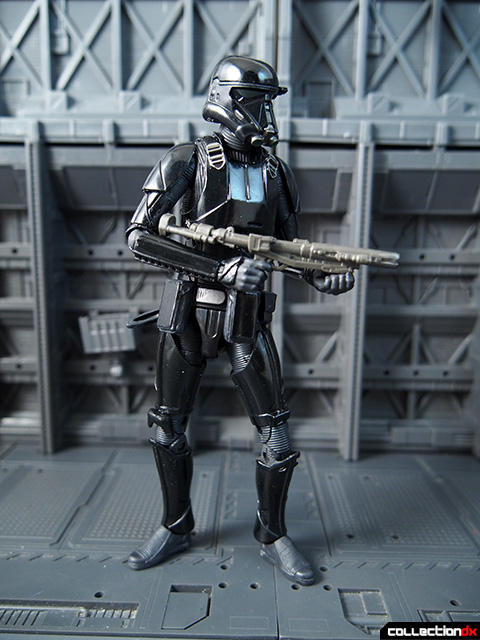 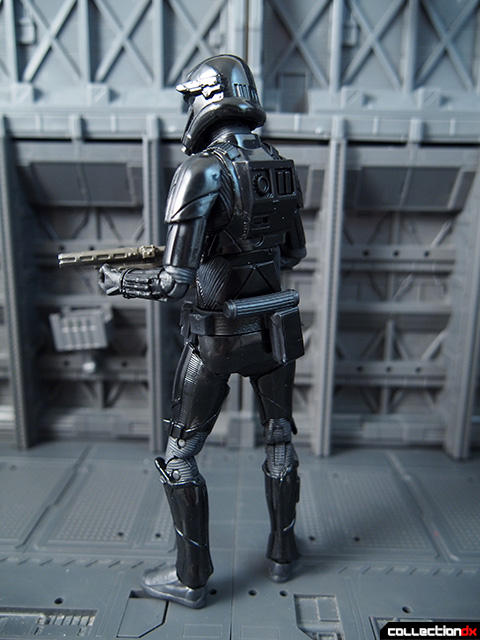 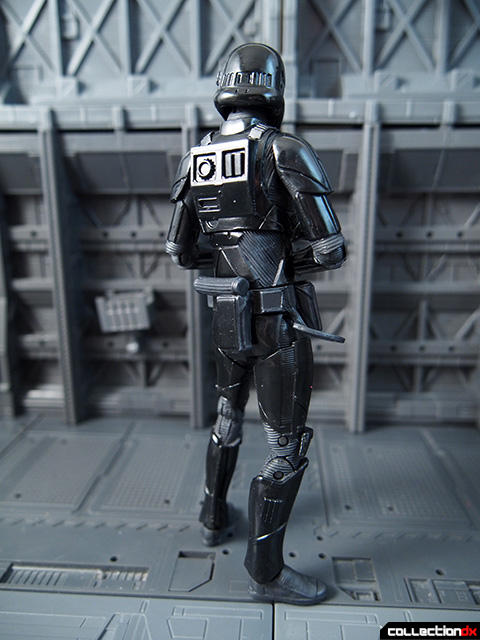 I'm really curious to learn more about these troopers, and why they were never seen again outside of Rogue One. Of course I know the real reason, that these were only recently designed based on early concept designs. I'll be curious to see how (and if) they address their non-appearance in the subsequent episodes. 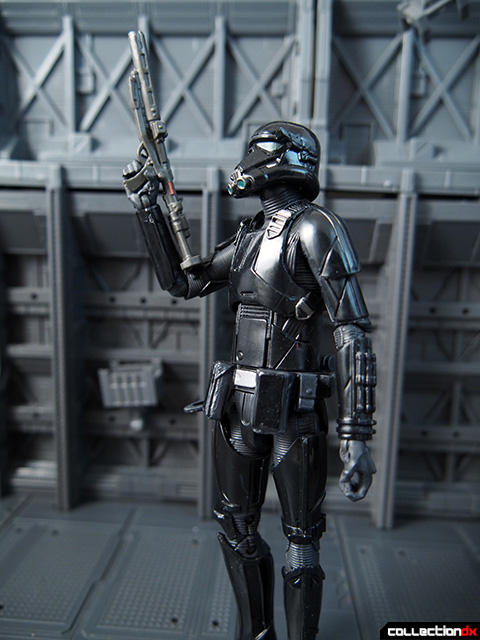 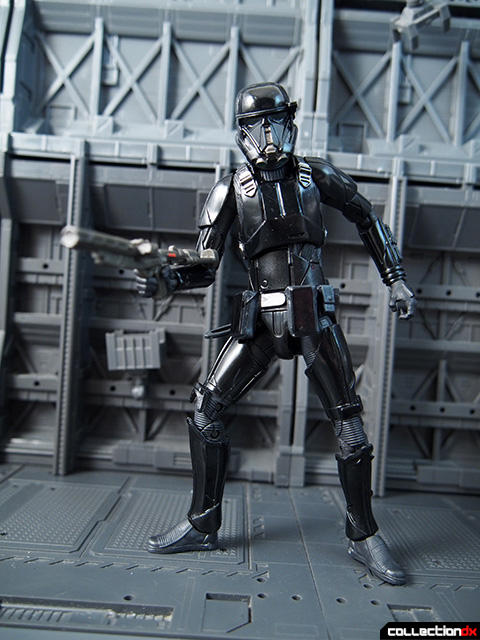 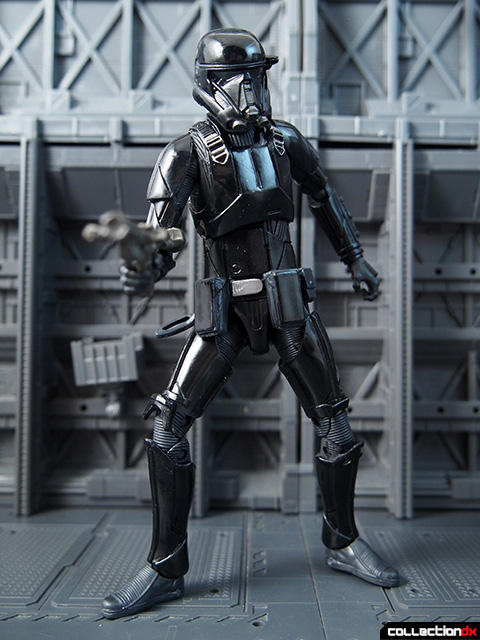 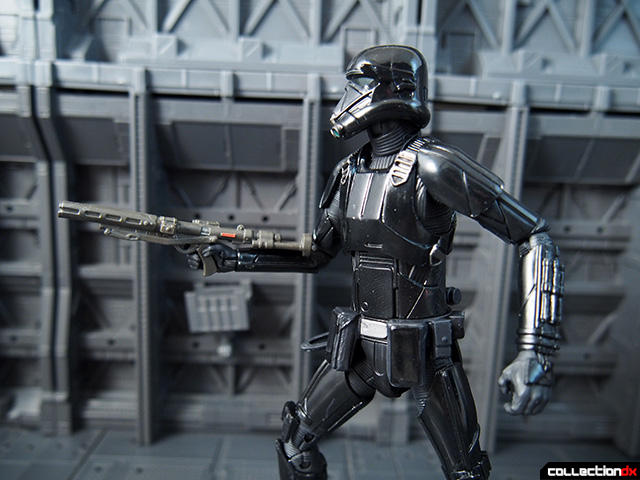 The Death Trooper was also released in the Target Exclusive 3-pack with additional gear.