I was wondering how "old" Han Solo would translate into toy form, and I have to say he makes an excellent action figure. The old space pirate still inspires you to live out your adventures with him.

As part of the Black Series, Han comes in fully articulated 6" scale with a weapon and his signature jacket.

The box is the standard Black Series packaging, with the consistent numbering across the line. Give it time, Hasbro will change the packaging soon enough, and your carefully curated OCD numbered boxes will only go so far. 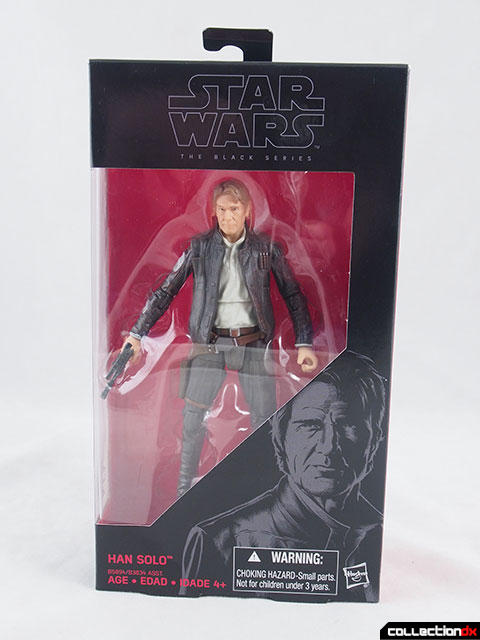 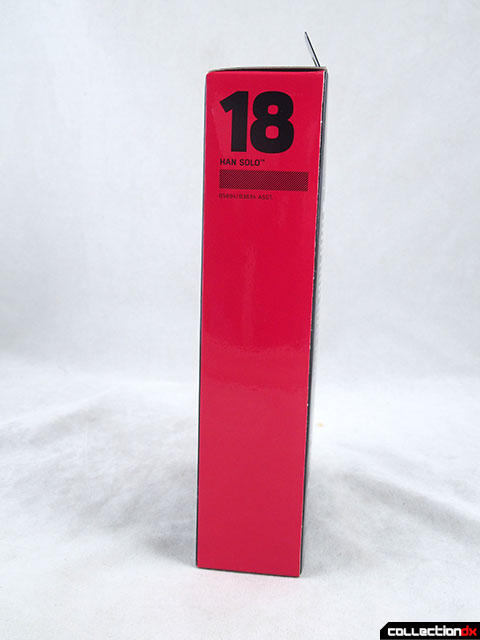 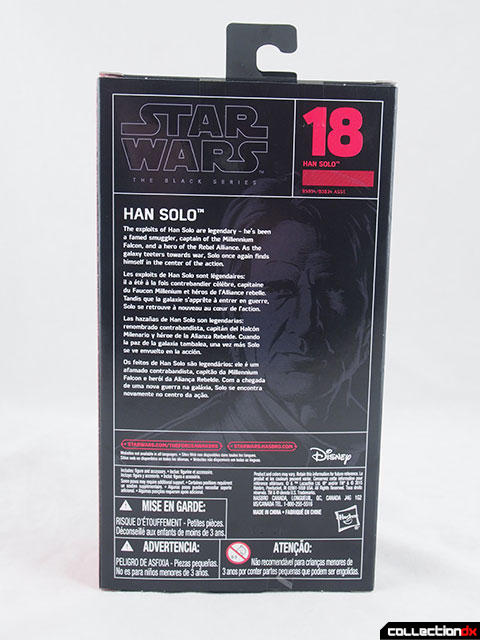 This figure strikes a pose as smooth as the character himself. He just looks so at ease, and it's the multiple points of articulation that allows the subtle pose. 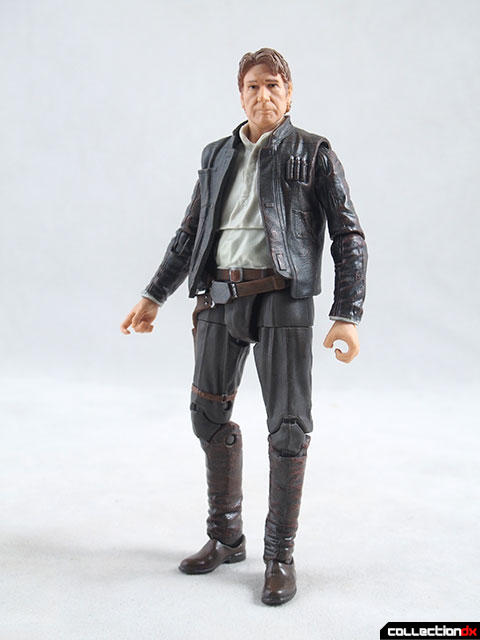 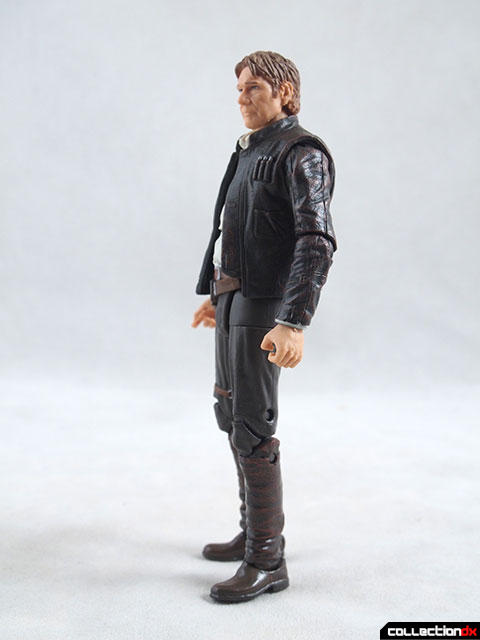 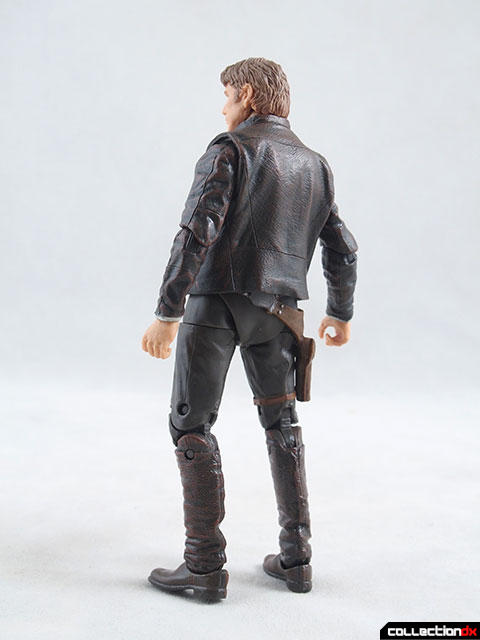 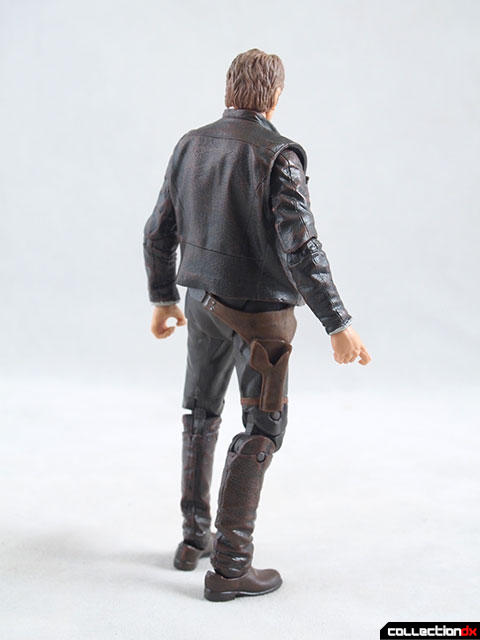 The weathering on the plastic is amazing, making this look almost like a real leather jacket. 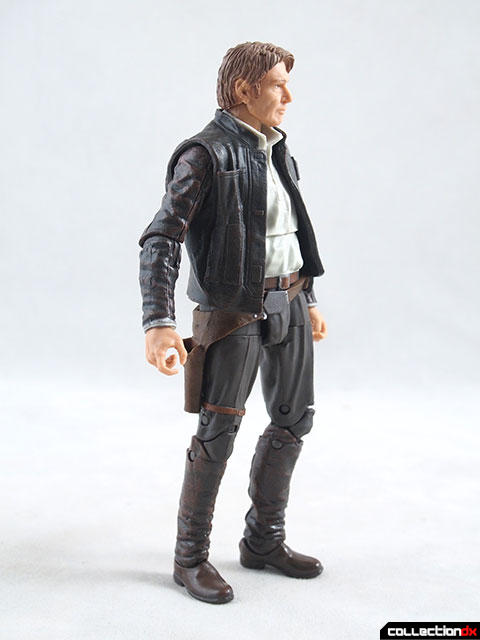 Han includes a blaster which can fit in the holster on his side. 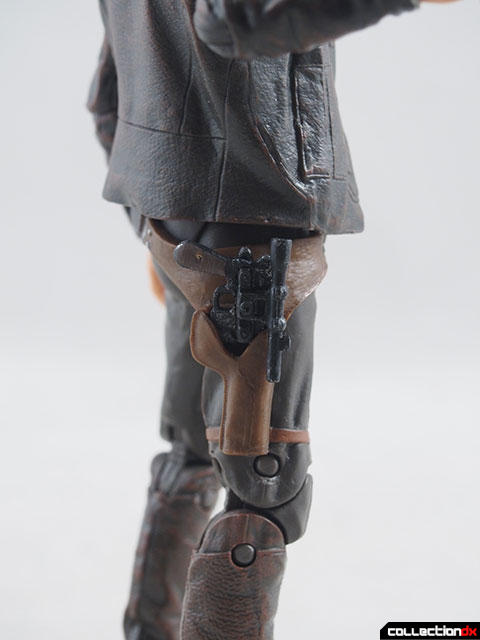 With the blaster, Han Solo is ready for action! 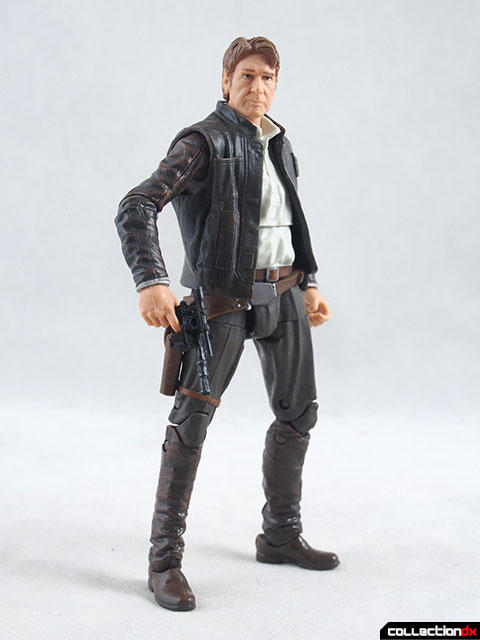 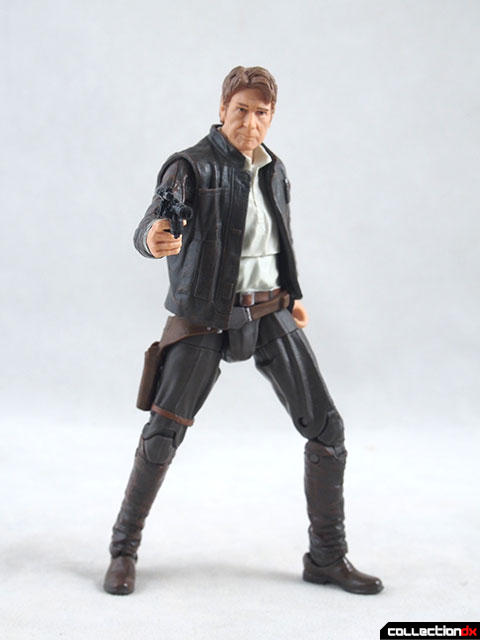 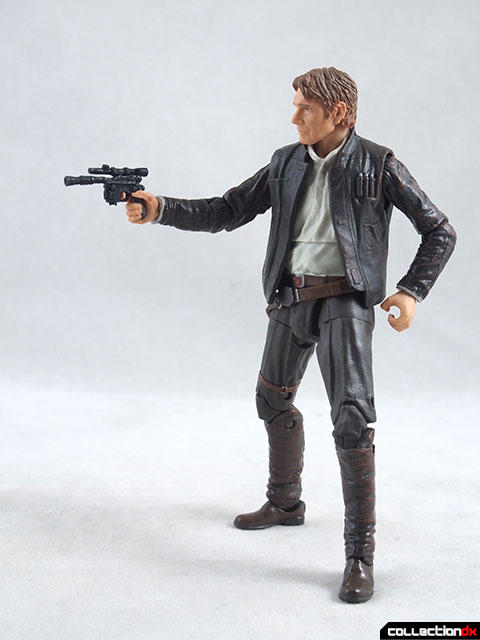 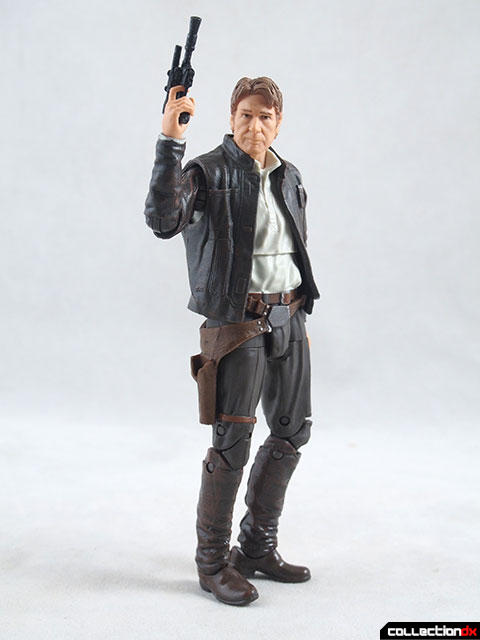 I think they did a great job on the head sculpt, but a little more painted detail would have been nice. Paint on the face, aside from the eyes, is not common in these domestic 6" figures, but if you've seen what customizers have done with these you'll realize the benefit. 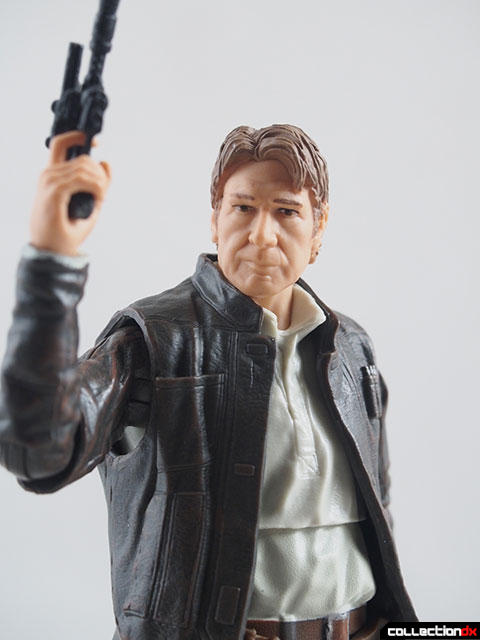 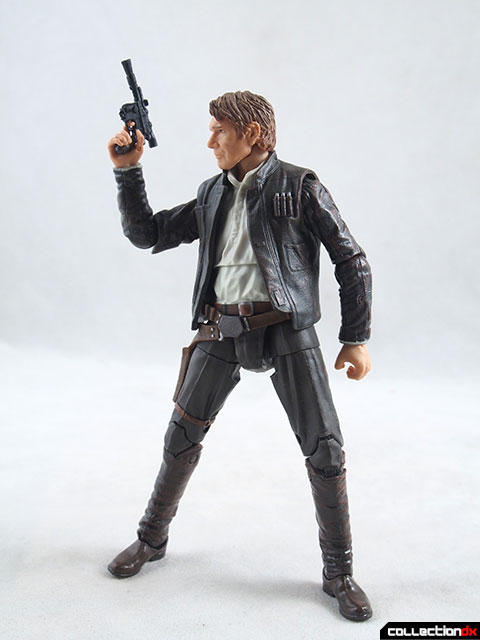