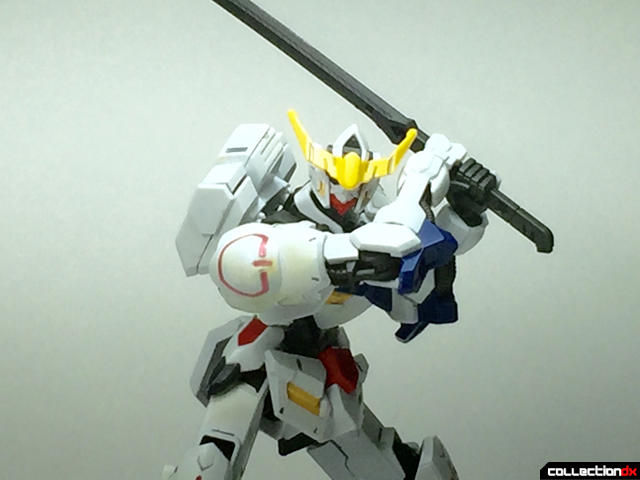 The Gundam Barabatos was a mobile suit design that I was open to, but I never planned on actually buying it...

After I watched the first season of Iron blooded orphans I absolutely loved Gundam Barbatos and it's pilot, Mikazuki, so I just had to get the high grade.

One thing to note about this kit, is it's multiple forms. Parts are included to build Barbatos form 1 and 4, which is a nice addition for those who want a kit of this mobile suit's first appearance.

Form 1 carries a sharp, very non Gundam aesthetic that looks really nice in the usual Gundam colors, even if the asymmetrical arms look a little bare on the shoulders. Please note I have panel lined, and added some weathering to the kit so, it's appearance is slightly altered. In this form, Barbatos uses it's iconic mace that can be wielded very easily in the hands, and be stored very securely on the backpack with the help of a grey plastic adapter. 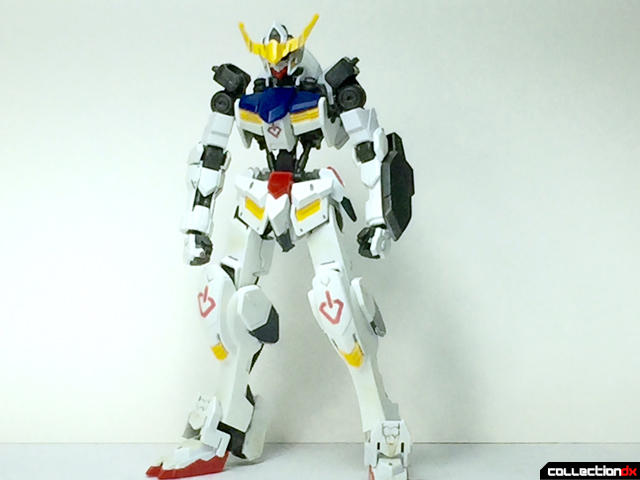 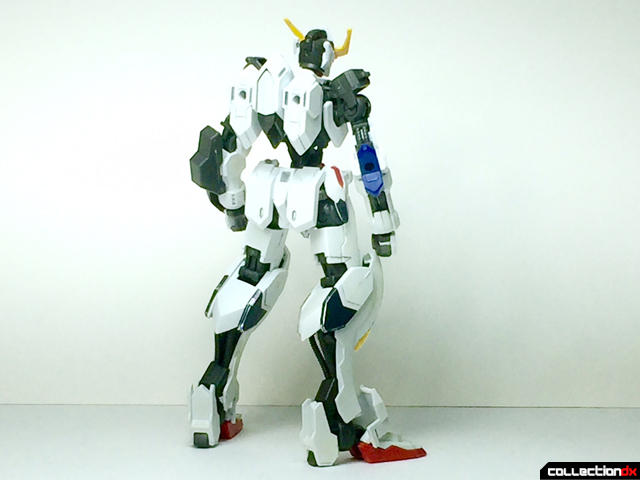 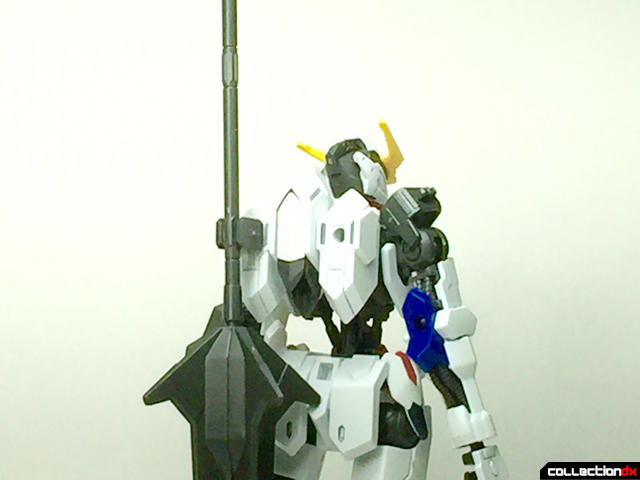 The articulation is best on form 1 because, the shoulders are less obstructed. Everything is very solid, and nothing feels like it will fall off. The figure even has a full diaphragm joint in addition to a waist rotation, much like the Gundam revive, but much deeper. All in all, the articulation is above average for a high grade, which is great for dynamic, and gestural poses! 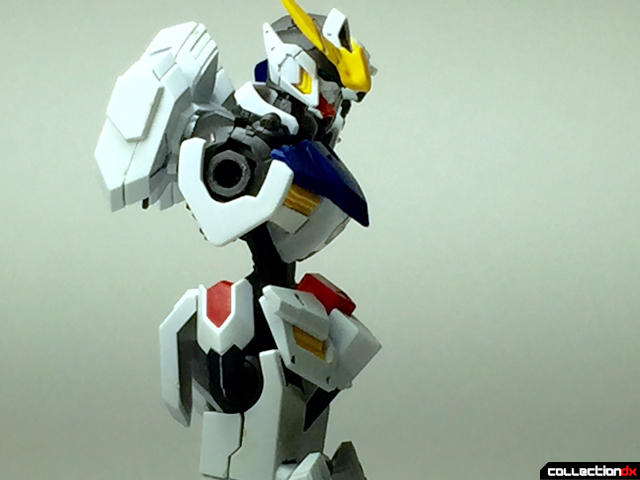 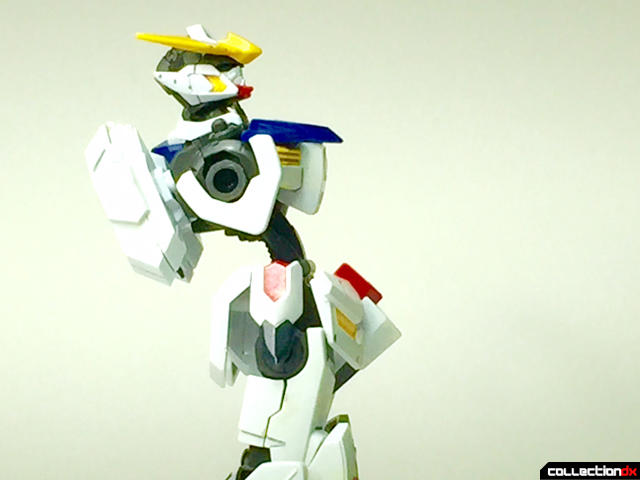 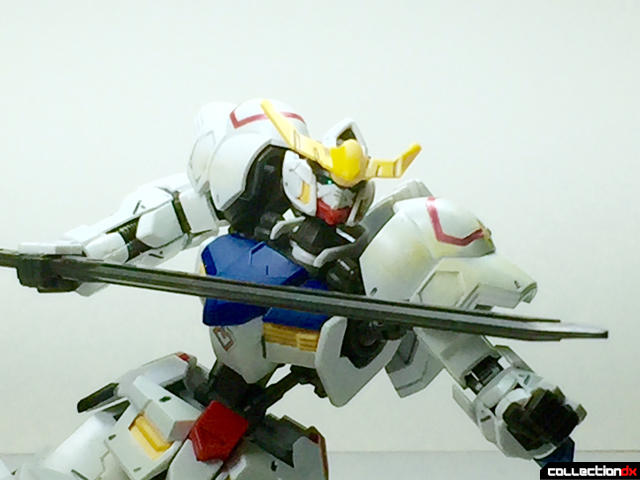 Form 4, the more iconic, filled out, and symmetrical of the two is also present in the form of add ons for the shoulders, and a new left arm to match the right one. Personally, this form is my favorite, and despite the shoulders getting in the way of some arm motion that was unobstructed in the much lighter form 1. 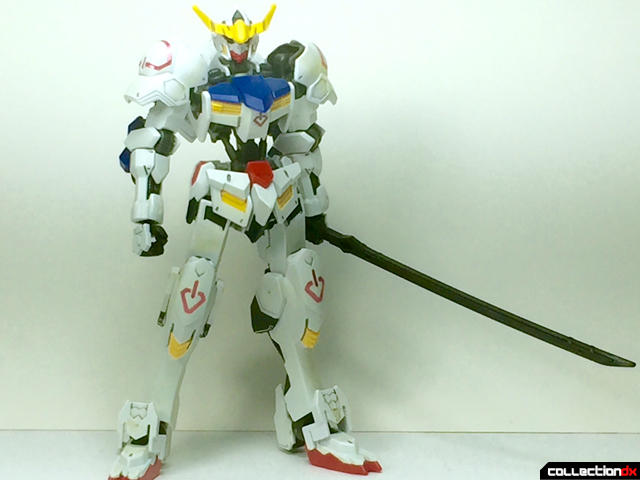 Form 4 also adds an additional weapon, in the form of a red frame esq. katana to slice through enemy mobile suits. The katana also has its own mounting attachment for storage on Barbatos's back. 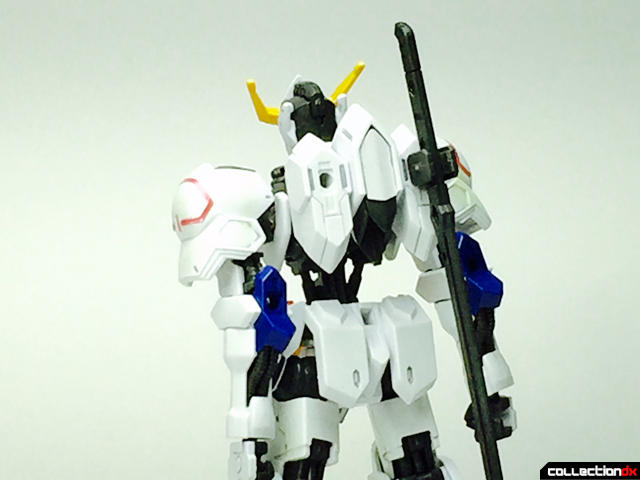 The Gundam Barbatos's height is average for a high grade and also places him in line with deluxe transformers. 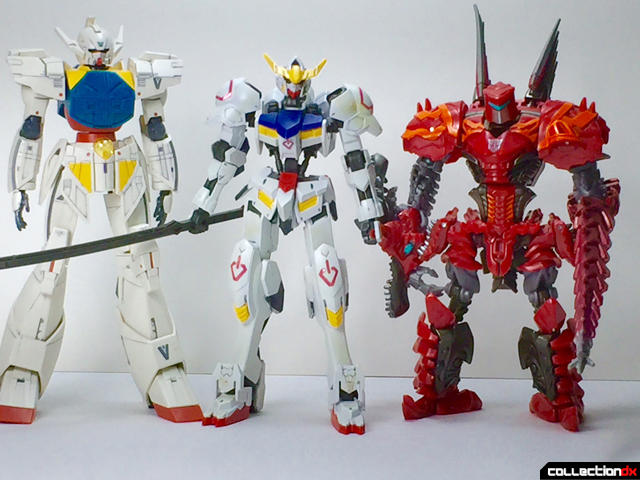 The detailing on this kit is average at best. The color separation is really basic, so I hope you like Stickers because Barbatos has quite a lot of them. Some, like the eyes, or the white on the back booster (that can fold out by the way) are fine, while others, such as the grey panels on the calves are really awful, and peel at the sides on their own.

Other than that, the high grade Gundam Barbatos is a really good figure that has some great pose ability, simple but solid accessories, and a smooth, but sharp aesthetic that I really enjoy.