The design is very unconventional as far as Gundam go, but I think it's so cool! The varying shades of red are very dynamic, and it doesn't drown out the surface detail as much as it might seem. The color scheme is also helped considerably by the white, grey, and black that is used pretty sparingly throughout but, it's very welcome here! The Gundam Astaroth Origin also has a semi flight mode where the mobile suit's backpack flips out and, the shoulders reorient themselves to reveal some really striking blade like wings! Articulation is standard for an Iron Blooded Orphans kit which is expected, but still really good in it's own right. I will say however, that most of the stickers here are unfortunately, pretty terrible. I normally don't mind stickers at all but, the ones on the elbows are difficult to apply and, the black ones behind the booster on the kit's calves barely wrap around all the way. 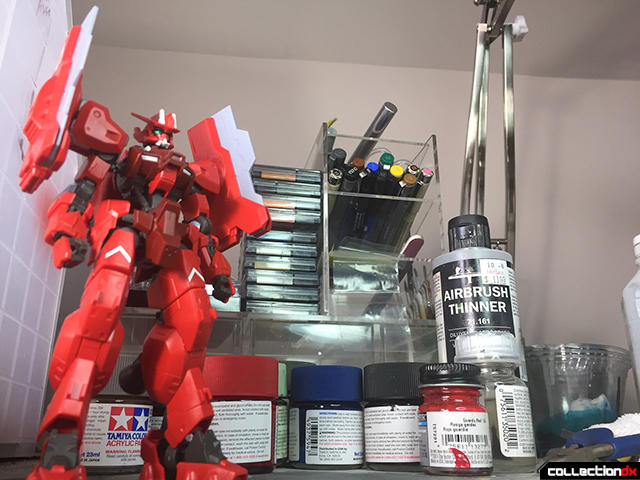 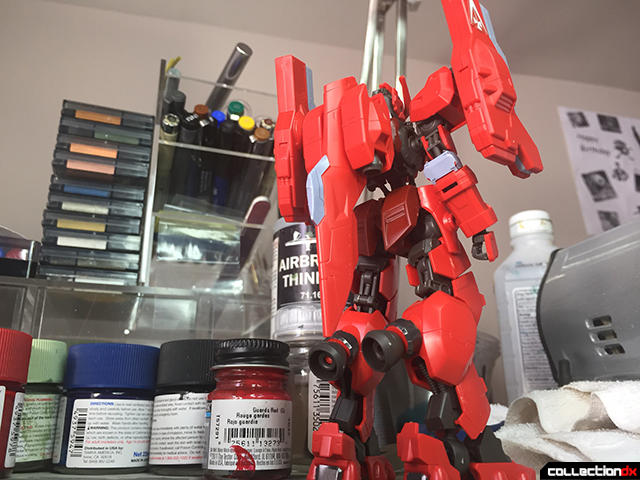 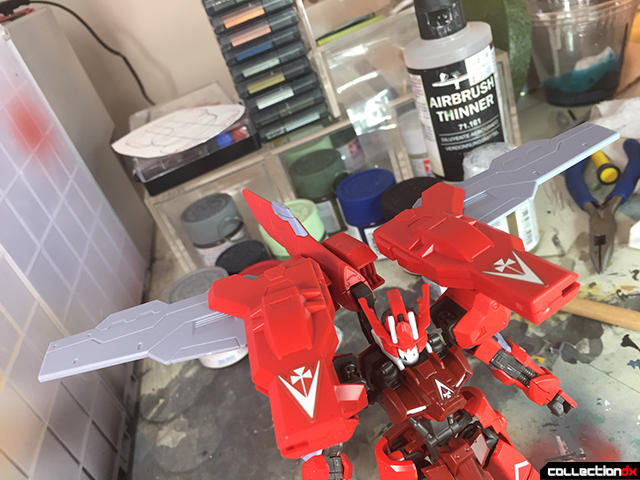 Accessories are dynamic and interesting. First is a huge grenade launcher of a shotgun that, when coupled with a bent wrist hand, it's an awesome weapon. Next is his blood red katana that hinges on a hydraulic brace on his arm while being held in his hand. This is necessary for its sheath, which can double as a vicious hammer! Finally, is a storage bracket for all the Astaroth Origin's accessories at once! It tabs into his side skirt stays on pretty securely despite it's weight. 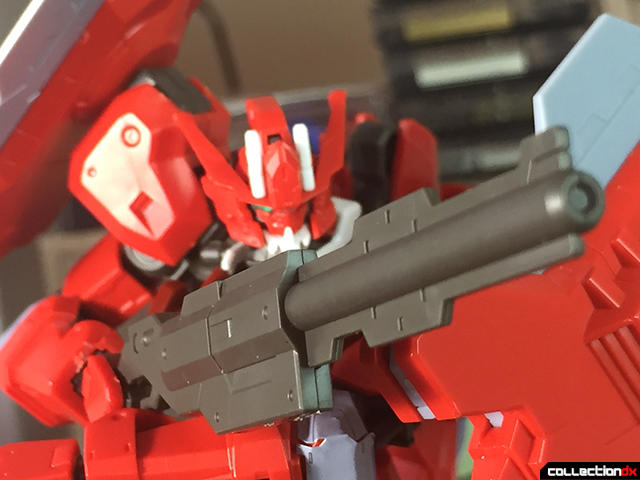 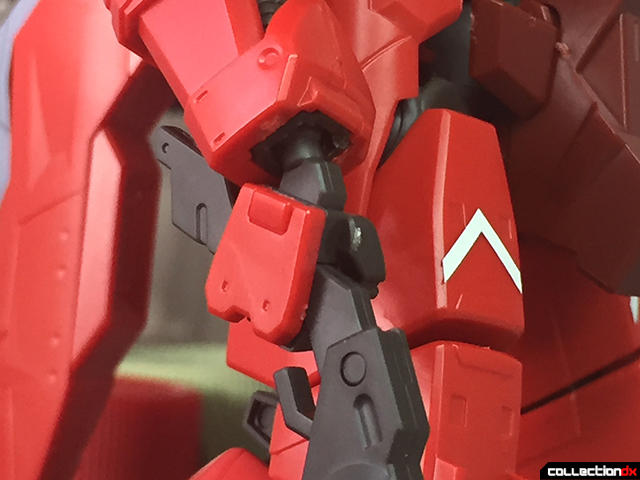 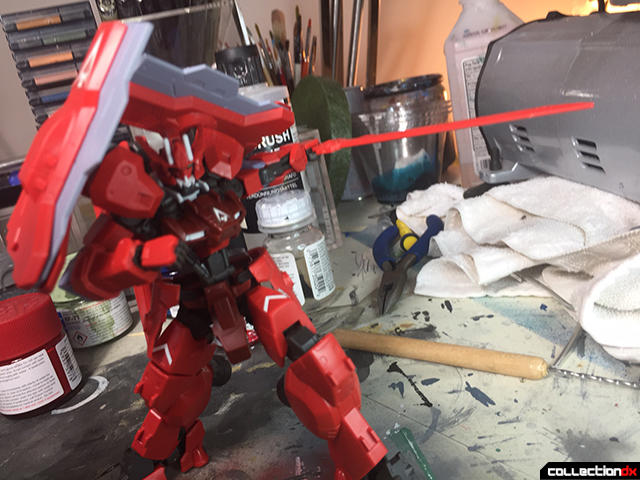 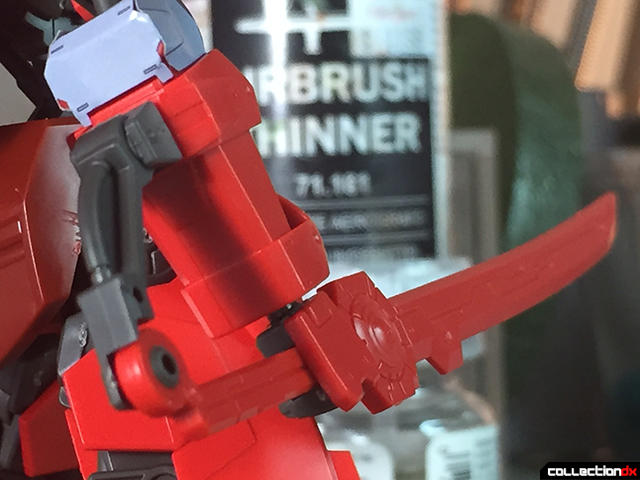 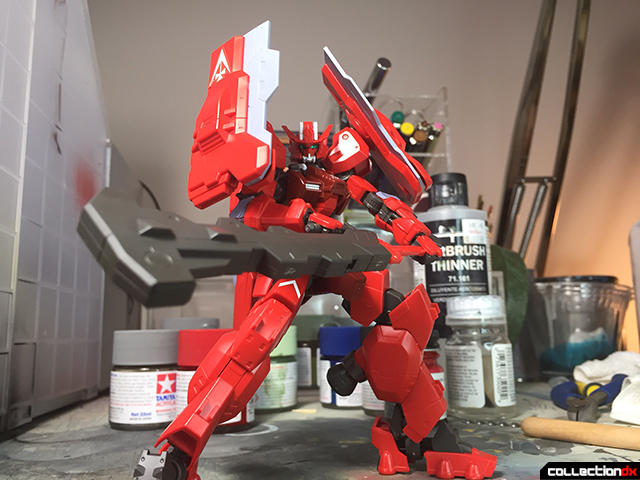 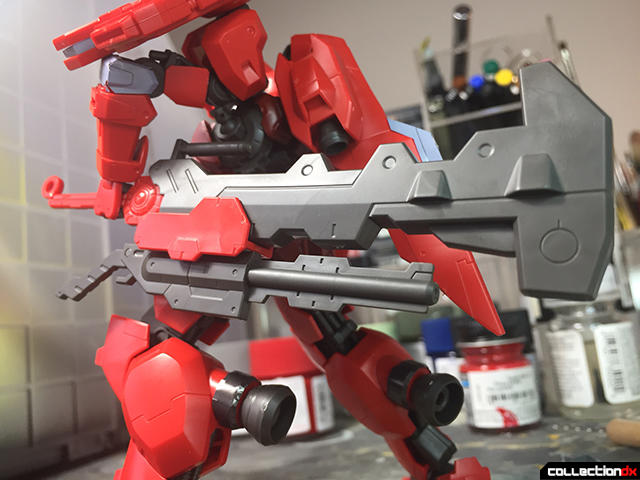 Size is in line with other High Grades, particularly the later incarnation of the Gundam Astaroth. They look so similar but so different it's stunning! 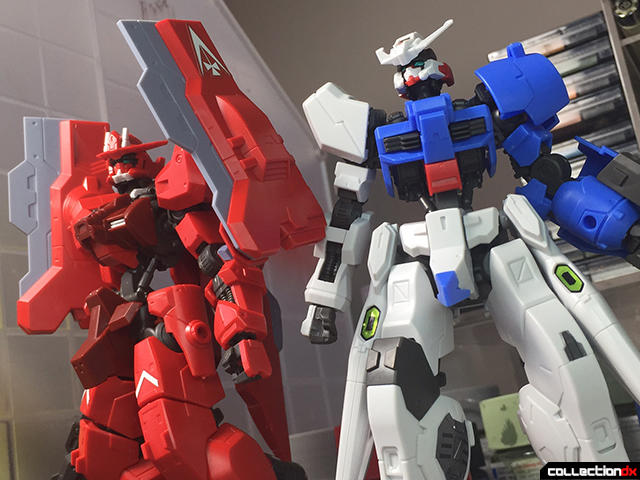 Chalk it up to my not having spent a lot of time with IBO yet, but at first glance, I didn't see the similarities. It might be the red that does it though, since I can see similarities side by side. Either way, nice design & good review.

Thank you! With the weapons being so different for each along with the color scheme the similarities can be hard to spot!