Hasbro's first attempt at a classics style Galvatron was considered an almost universal failure. I never bothered with it but now, I don't have to! A new, proper cannon voyager Galvatron and, despite it's flaws, it's a lot better than the first one!

In robot mode, Galvatron looks absolutely perfect from the neck down, it's such a well proportioned, great representation of the character in all his criminally insane glory.
The head and I however, have to talk. What happened! A mask flips out and frames his face in such a way, it looks infinitely awkward and hopelessly limits the neck articulation! Thankfully, the head sculpt underneath it is really unique and expressive! So much so that I'm leaving the "mask" stored in his chest for the remainder of the review, and probably forever afterwards. The Titan Master unfolded from such a personality driven head is pretty great in it's own right, as it's a little Megatron! How cool! 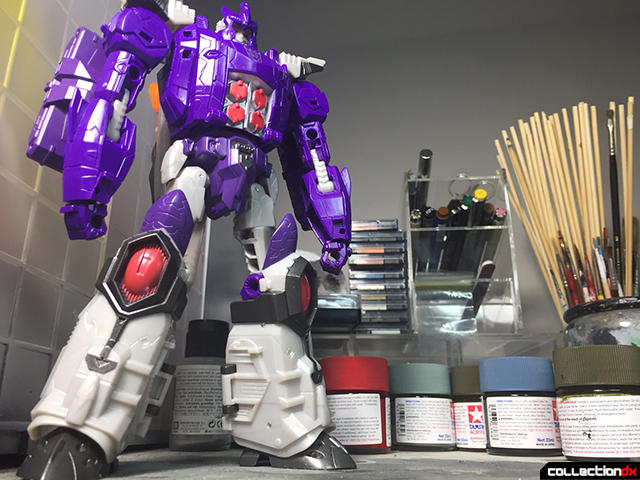 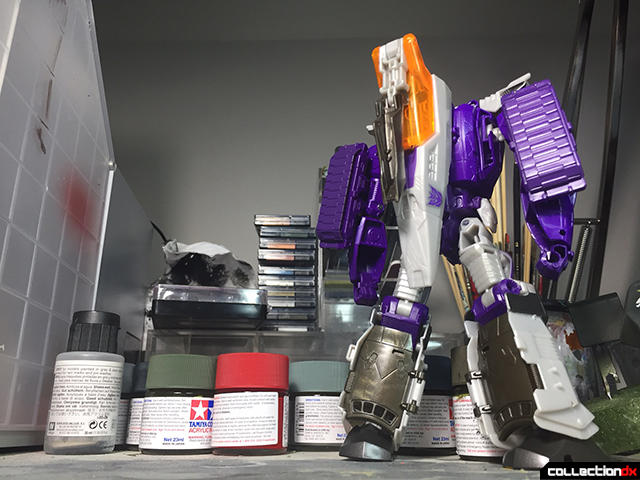 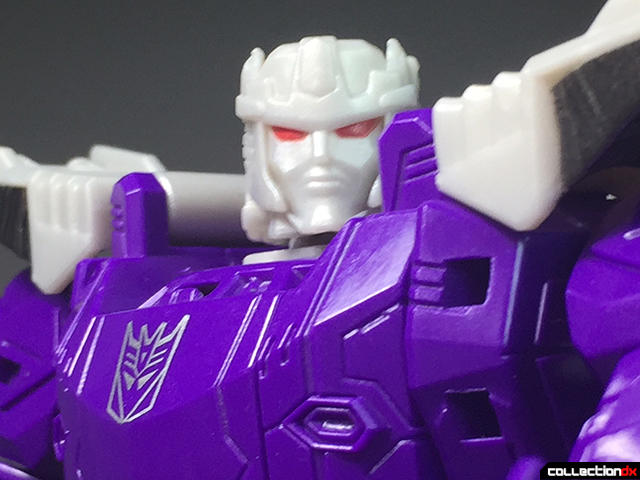 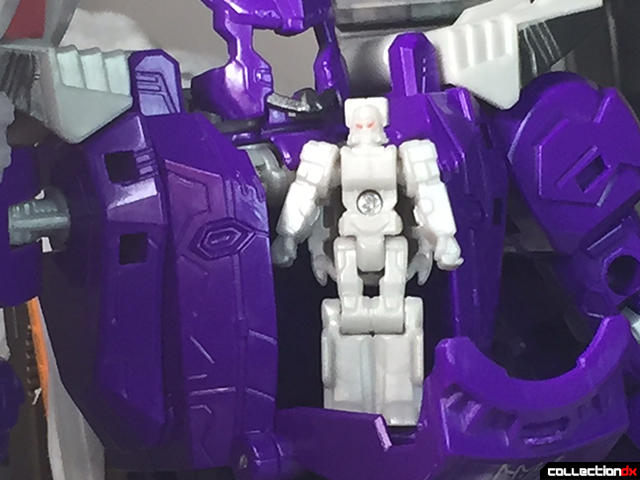 Articulation isn't a problem with the "mask" put away, as Galvatron even features an ankle pivot! Perfect for wide stances of delirious abandonment!

Galvatron's sole accessory is his giant fusion cannon, and what a weapon this is! It looks perfectly and unapologetically g1 but in addition, it has some added features! First of all, you can fold the back section of it around to reveal seating for a Titan Master! From there, I like to fold the peg down, so the cannon becomes the greatest beam saber in the universe! 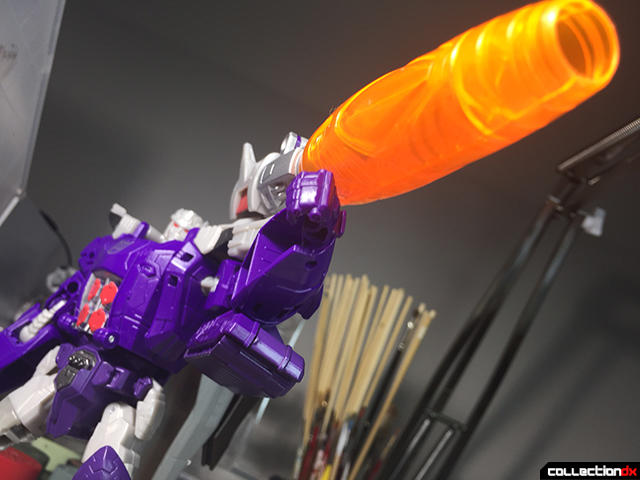 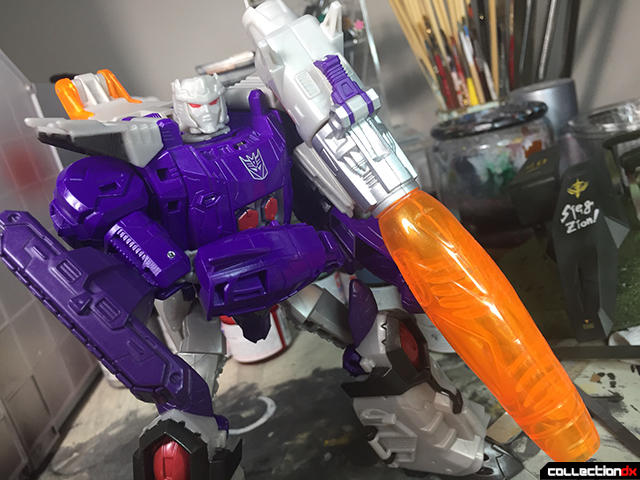 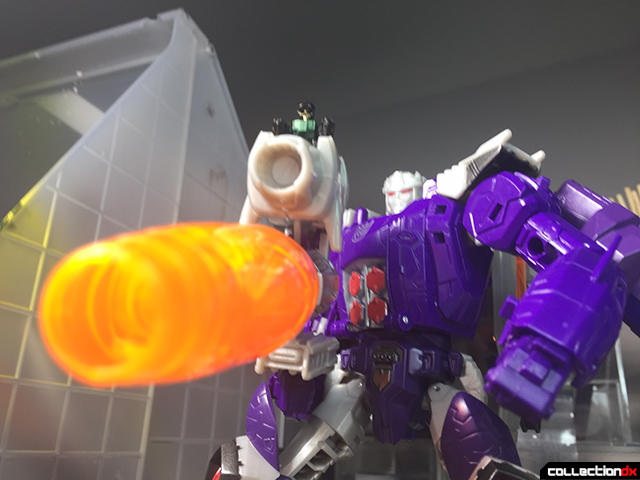 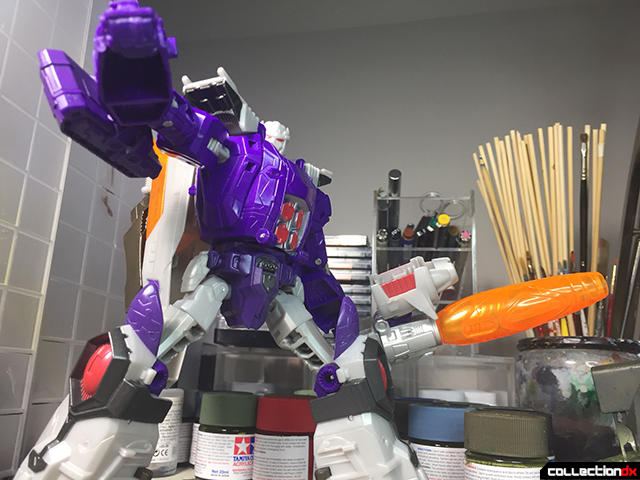 Galvatron is as tall as he is maniacal, menacing any deluxe or high grade with the misfortune of crossing his monolithic shadow! 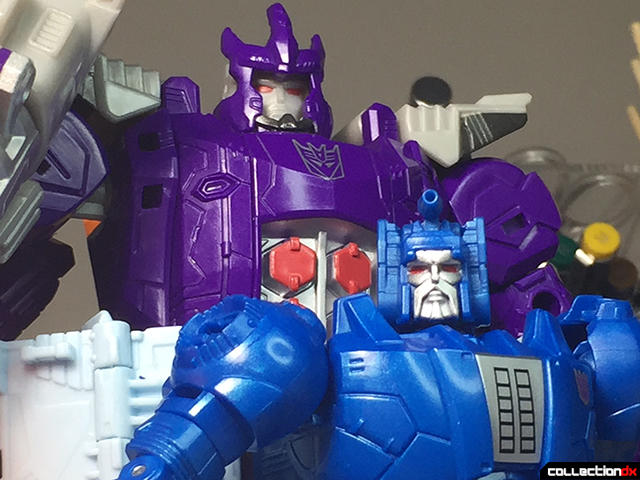 As customary for a recent voyager Transformer, Galvatron features two alt modes! First, is a really large jet, basically just Galvatron spreading his legs, but it's pretty solid considering that. The main event is obviously, his huge cannon mode! This is by far the best interpretation of Galvatron's signature cannon mode we've ever gotten! Transformation to it is very simple but effective! The legs compact to form the back, and the arms basically just do a double elbow bend. For both modes, a Titan Master can be seated in the jet cockpit but, I like to fold open the top panel in Cannon mode so it serves as a throne of sorts for Megatron. 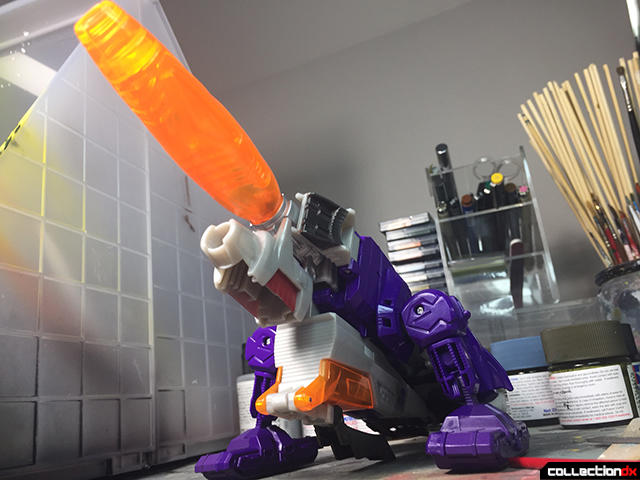 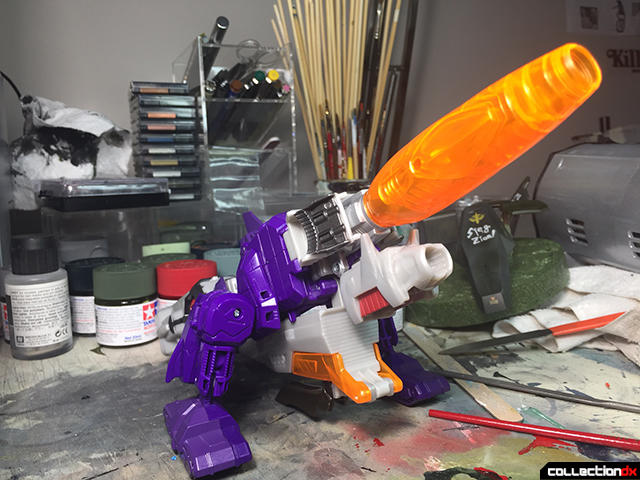 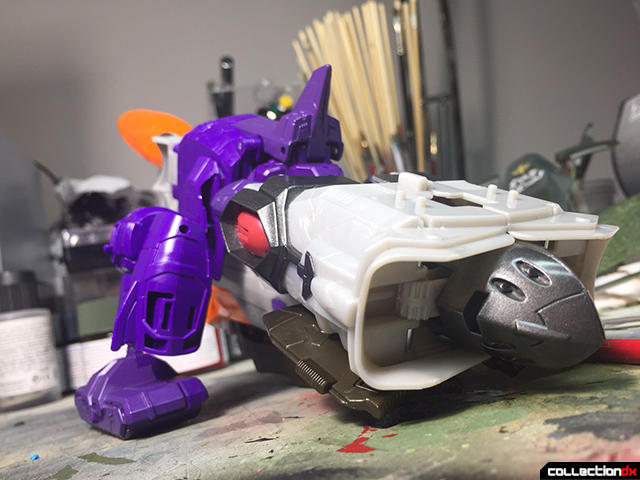 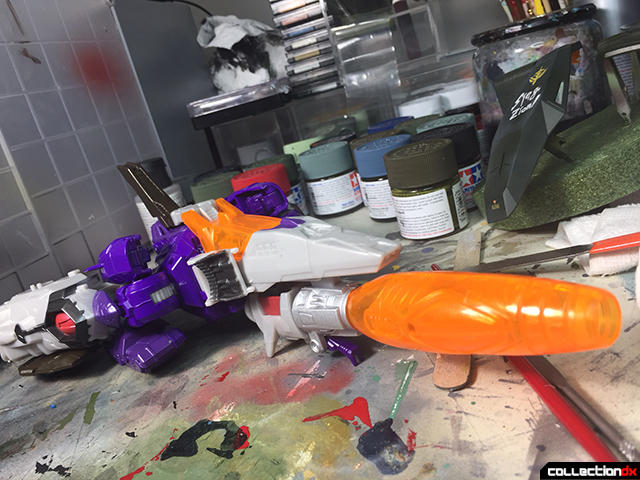 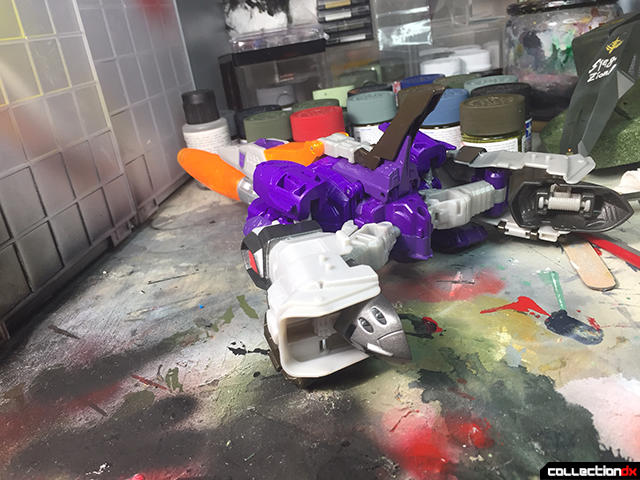 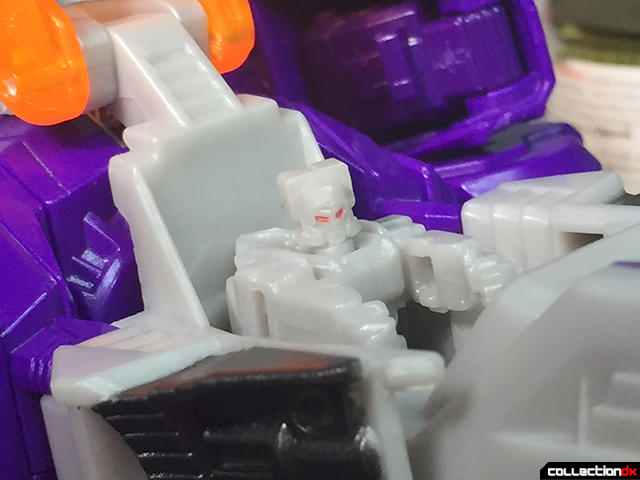 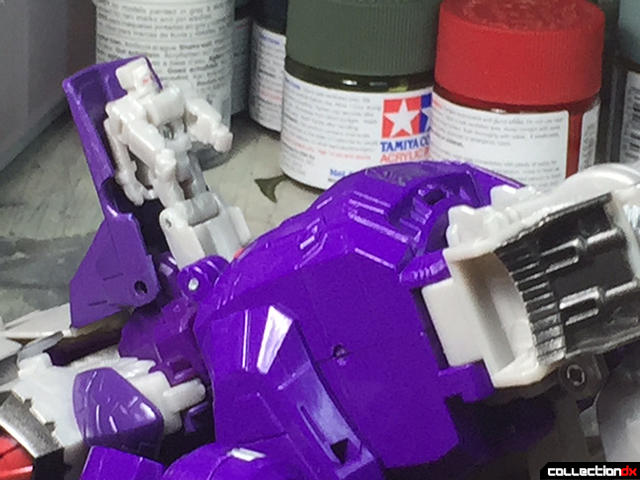 In conclusion, Galvatron is really good but, a little too flawed to be great. The transformations are a little bland but they get the job done, and that face mask is just atrocious but for everything else, I couldn't say you'd better off without him!

7 comments posted
You could do what some others

You could do what some others have done and remove the mask entirely and attach it to the titan master.

There are also some sellers on Shapeways who have come up with a helmet that makes the Titan Master head look more like Galvatron.

Everyone I know hates Galvatron's fighter jet mode, but I really like it. It reminds me of an Arwing from Star Fox.

I like the jet mode, since it's fairly close to the gun mode of the original toy. But yes, blah on the included helmet. I haven't bought it for him yet, but the Reprolabels set includes a replacement 3D-printed helmet that looks a lot better.

Thanks for the suggestions!

I'm kinda torn on this figure b/c of the mask, but I think I really like it otherwise! You think it's better or worse than age of extinction galvatron?

I know! That megatron looks great, and so does it's blitzwing remold. I'm really excited for both of them!