Currently I’m working on a review of the Combiner Wars G2 Bruticus set, and despite the fact that this isn’t explicitly stated in that upcoming review, G2 Bruticus is my favorite Transformers Combiner. G1 Bruticus is awesome in his own right, but the added hard to take seriously 90’s cheese that the G2 version desecrates it with really does it for me.

To hold us over before that pretty long upcoming review, I get to show you this Ko full size G2 Bruticus courtesy of Sirtoys!

One thing to note if you’re thinking about purchasing this set is that it isn’t a one to one copy of G2 Bruticus’s color scheme. I prefer this because it makes the figure look even weirder, but that might turn off quite a few people, so I just want to make it clear that because of that, this figure isn’t really a suitable replacement for the G2. For everyone else who doesn’t care much about that, the actual quality of this Knock off is pretty good; not as good as the original of course, but it’s relatively close. One other kind of hilarious aspect of this figure is that any part of these combaticons that originally had some sort of copyright information on it has been removed. That’s pretty heinous, and I think it’s funny but a little disappointing that these parts weren’t replaced or anything, but if you are wondering why for instance, there is one part of Swindle’s Jeep hood piece missing, there’s your answer.

Each of the combaticons are pretty faithful representations of the original molds, and although some aspects are simplified, none of it is really to the detriment of the set except for the disappointing fact that onslaught’s arms can only move out but not forward or back. One other interesting aspect is the color scheme of these figures. Some members such as Brawl, Onslaught, and Vortex are pretty G2 accurate in terms of their colors, while oddly enough, Swindle’s serves as a combination of his G2 and Baldigus color scheme, and Blast Off is colored exactly like Movor from that same Baldigus set! I find this weird, but intriguing because it makes Blast Off the only member of the team that lacks any garish camouflage and actually resembles a realistically colored vehicle! The actual build quality of these counterfeit combaticons is pretty good for a knock off, but just don’t be too rough when Transforming the individual components, because it seems like they have the potential to be fragile. That being said, none of mine have broken, but just be cautious. 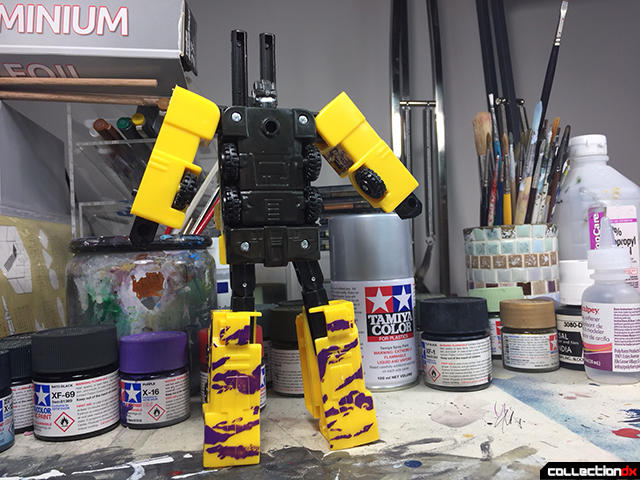 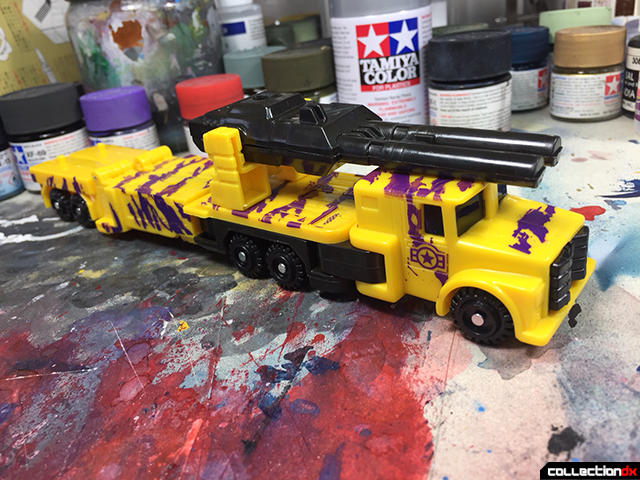 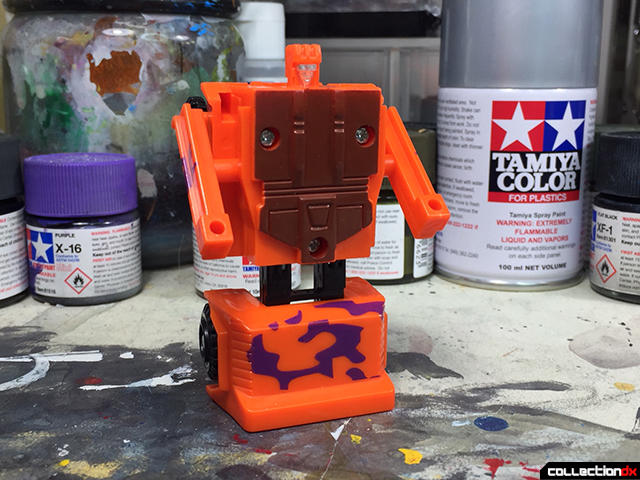 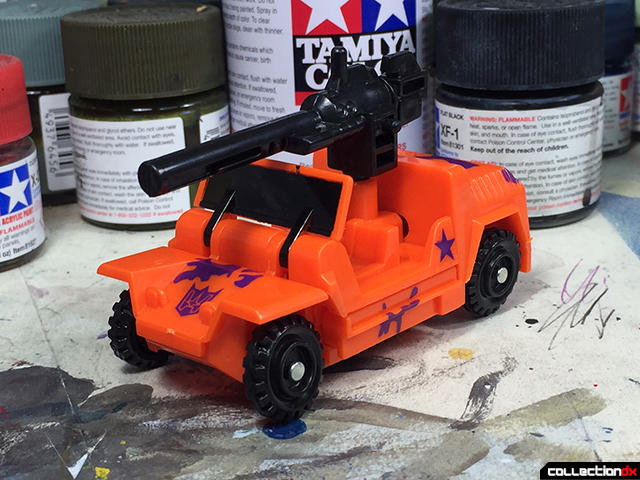 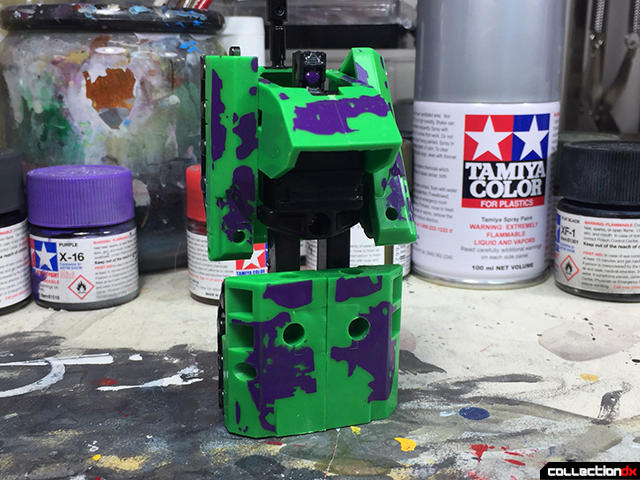 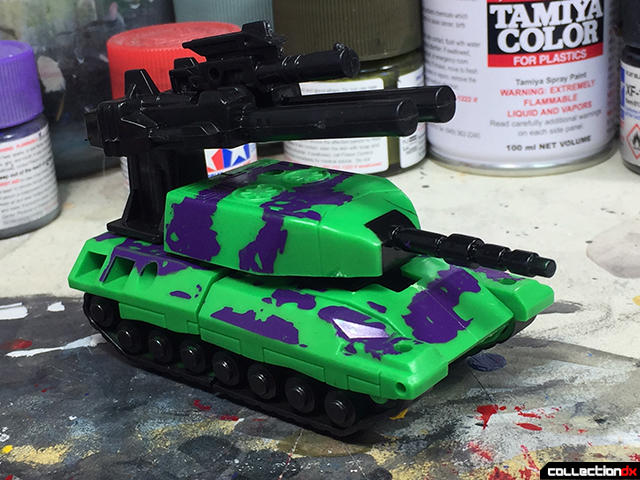 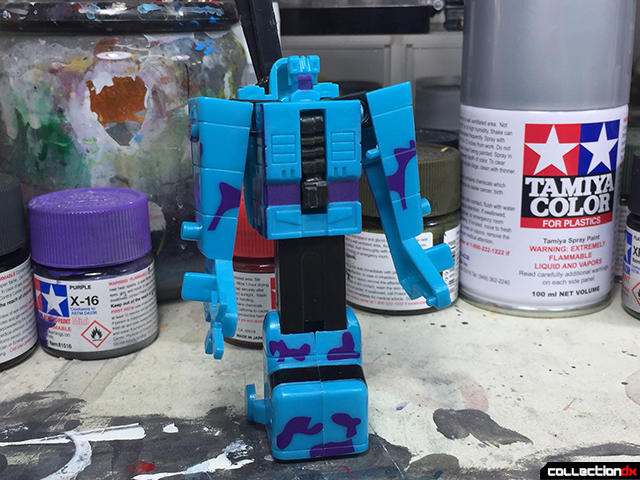 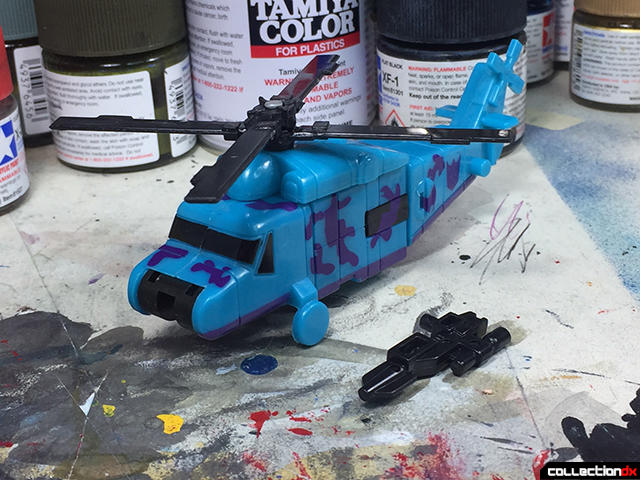 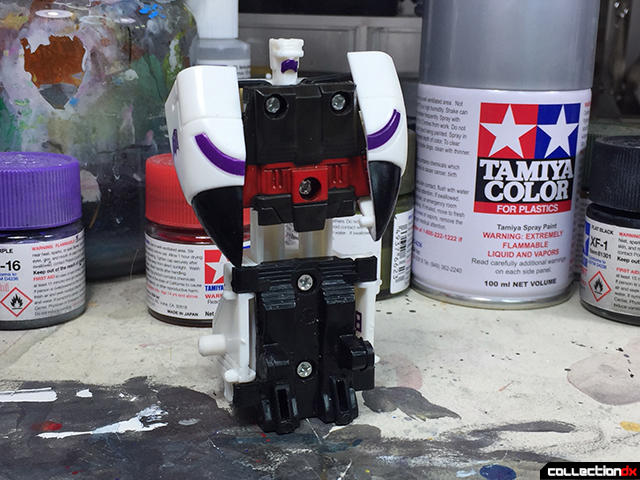 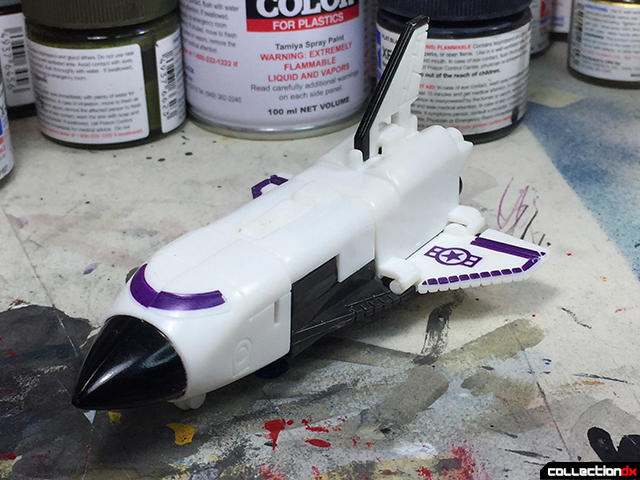 This Ko Bruticus’s combination sequence is as simple as ever, and feels almost as good as I assume the original does! Every extra piece and individual limb fits together really well, so you don’t have to worry about any loose pieces, I will say that the finished Bruticus does have a tendency to lean a little, so sometimes you will have trouble standing him up on his own. 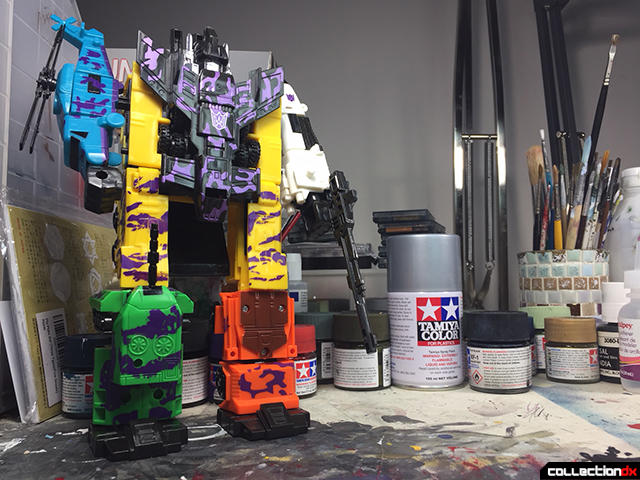 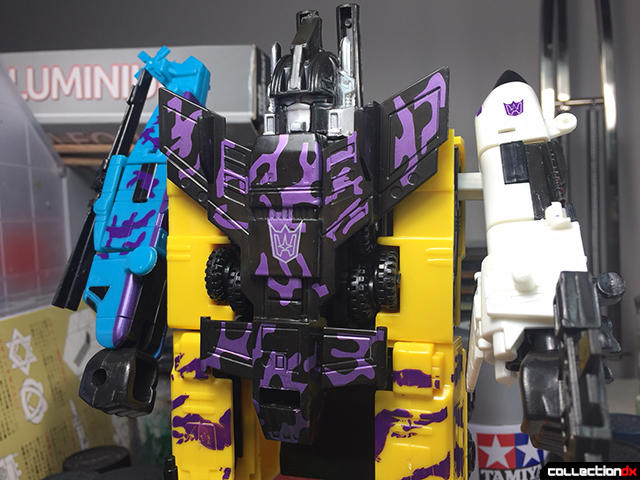 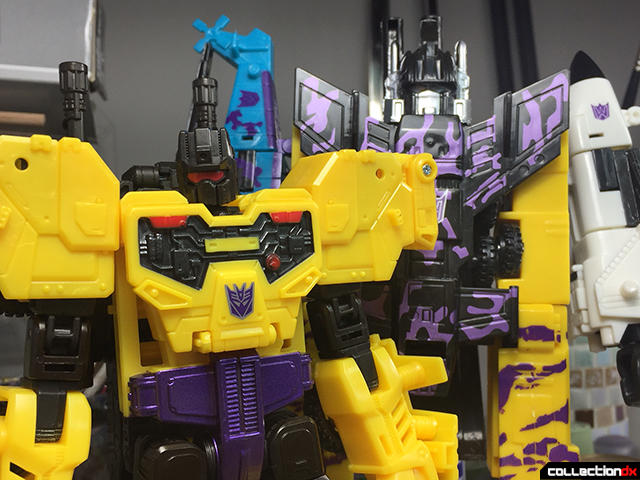 Overall, this Bootleg Bruticus is pretty appealing to anyone who is looking for an interesting color scheme given to their favorite Combiner, but it does definitely have some problems that keep it from being great. Regardless, I’d recommend it, after all it does have some pretty good shelf presence given it’s size and eye catching colors, but just be aware that the build quality could be a little better in some areas.

So there are a lot of bruticus knock offs out there, do you people think this one seems good? Also, do you guys have any other Bruticus knock offs, because if so I’d be interested in hearing about them!

I just saw the full CW box set Bruticus on sale on my local Targets Clearance Endcap for less than $60. So anyone looking for one may wish to check there.

Actually I have a review of that Combiner was Bruticus box set on the way! :)

Not bad, for a knock-off. It's interesting that they made the changes they did. Blast Off looks more like Shuttler than G2 with the lack of camo paint.